PRO Touring is a great concept — muscle cars with the handling and braking to match their acceleration. It’s a big deal in the US, with tons of aftermarket support and plenty of Optima Challenge-type events to put these machines to the test. 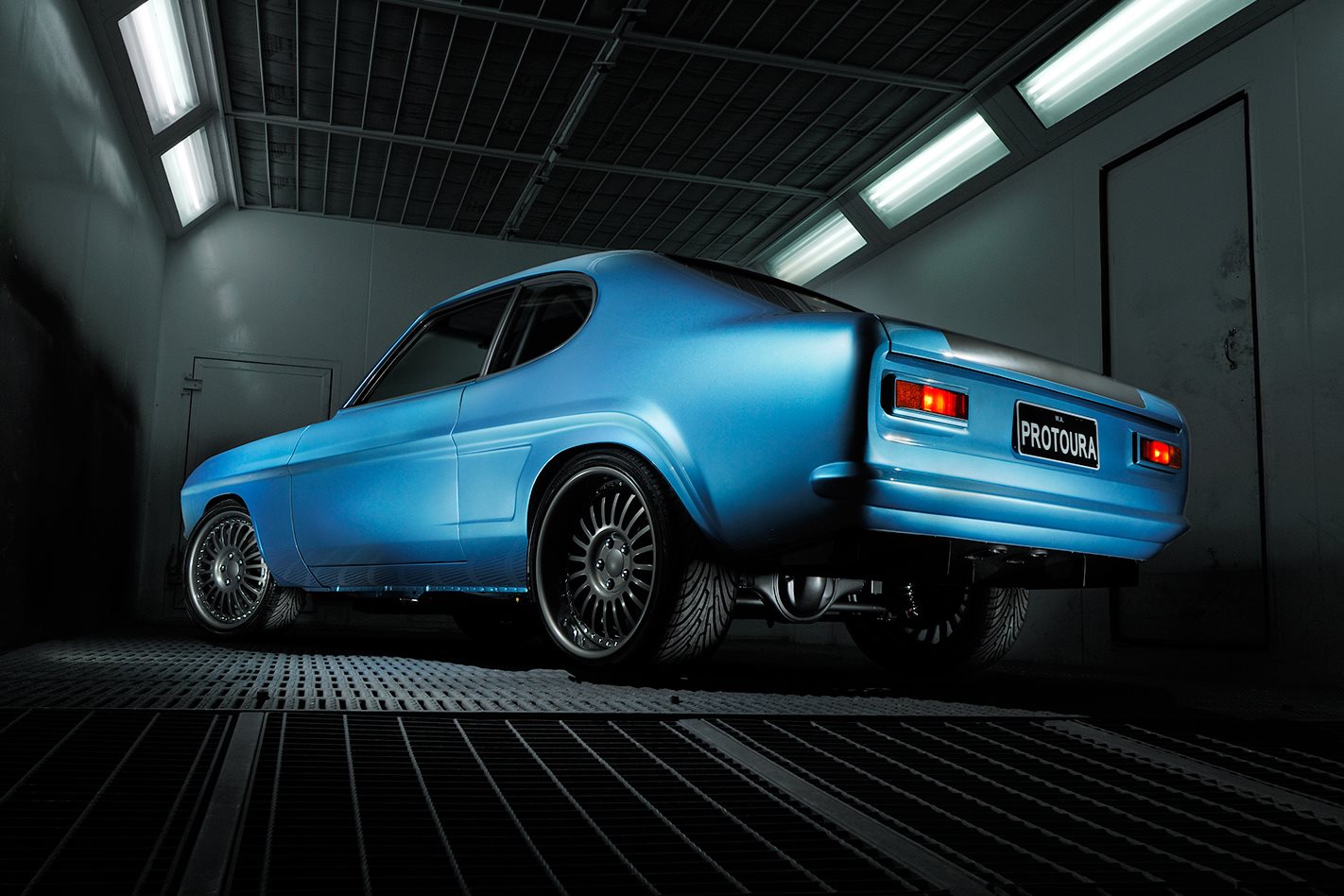 The scene in Oz is smaller, so it’s always great to see a typical Aussie street machine being given the Pro Touring treatment.

Clint DiGiovanni has done just that with his wife’s ’69 Capri, and in the process he’s built a car that is right up there with the latest trends out of the US.

Clint didn’t buy the Capri to create the ultimate Aussie Pro Tourer. It was purchased as a daily driver for Tash, then his girlfriend. After all, Clint had enough on his plate, what with rejuvenating his XW ute (SM, July/Aug ’99) and his Pro Street F100. 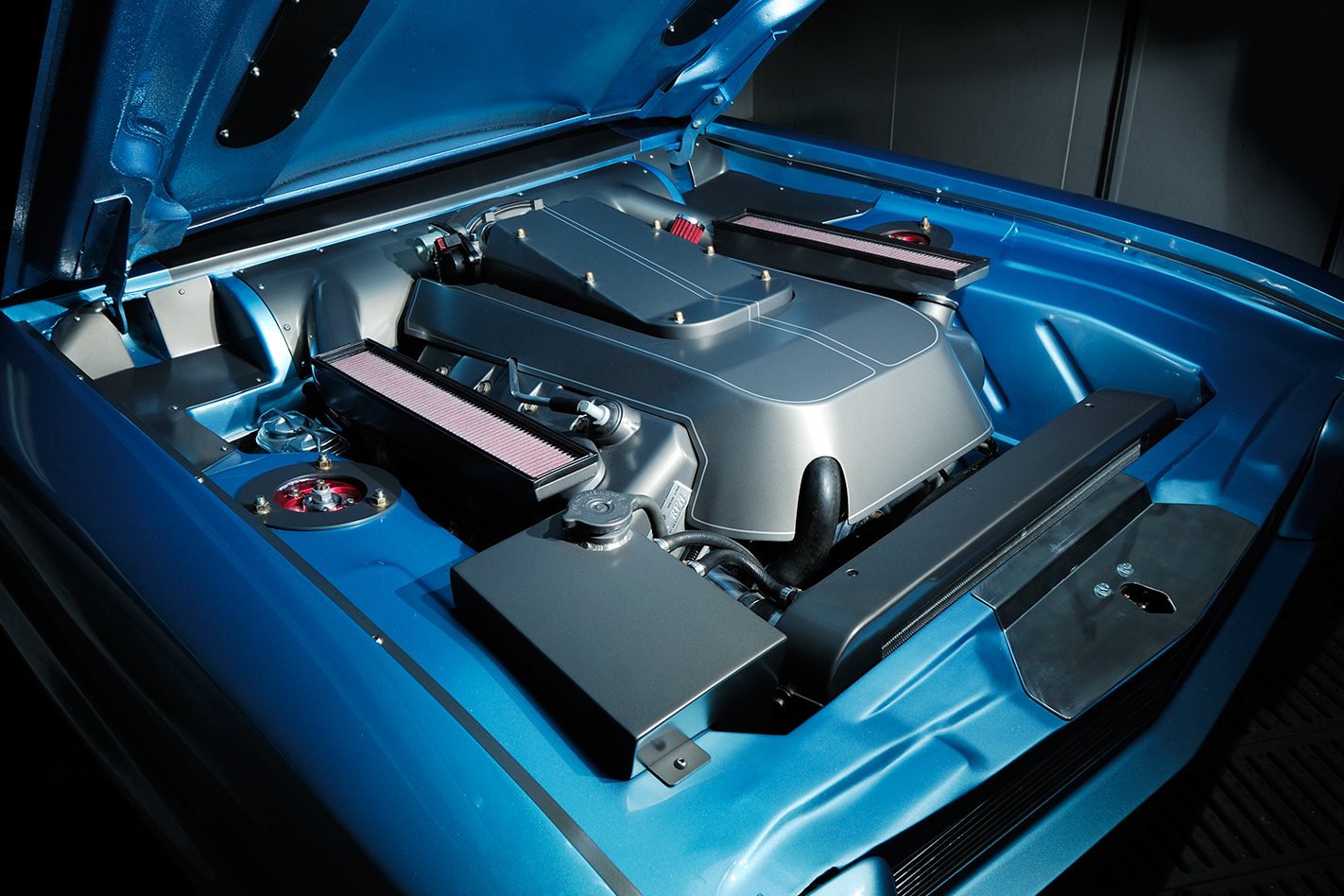 Tight fit? Nope. Capris have monster engine bays, so all it needed was a flattened firewall and a trimmed radiator support

But after a few years the engine started to tire and a mate — well, an ex-mate these days — put his hand up to refresh the donk.

“It went slower than before and I had to do it again,” Clint says. “Then I found a little rust in the engine bay, while the engine was out getting redone. It all went from there.”

Starting with the body, he initially had the small coupe at home, where he worked on it in his spare time. As he stripped the paint off, things got worse.

“We bought it from a so-called panel beater but he must have had his ticket in plastering. It was full of bog and there was no reason for it.” 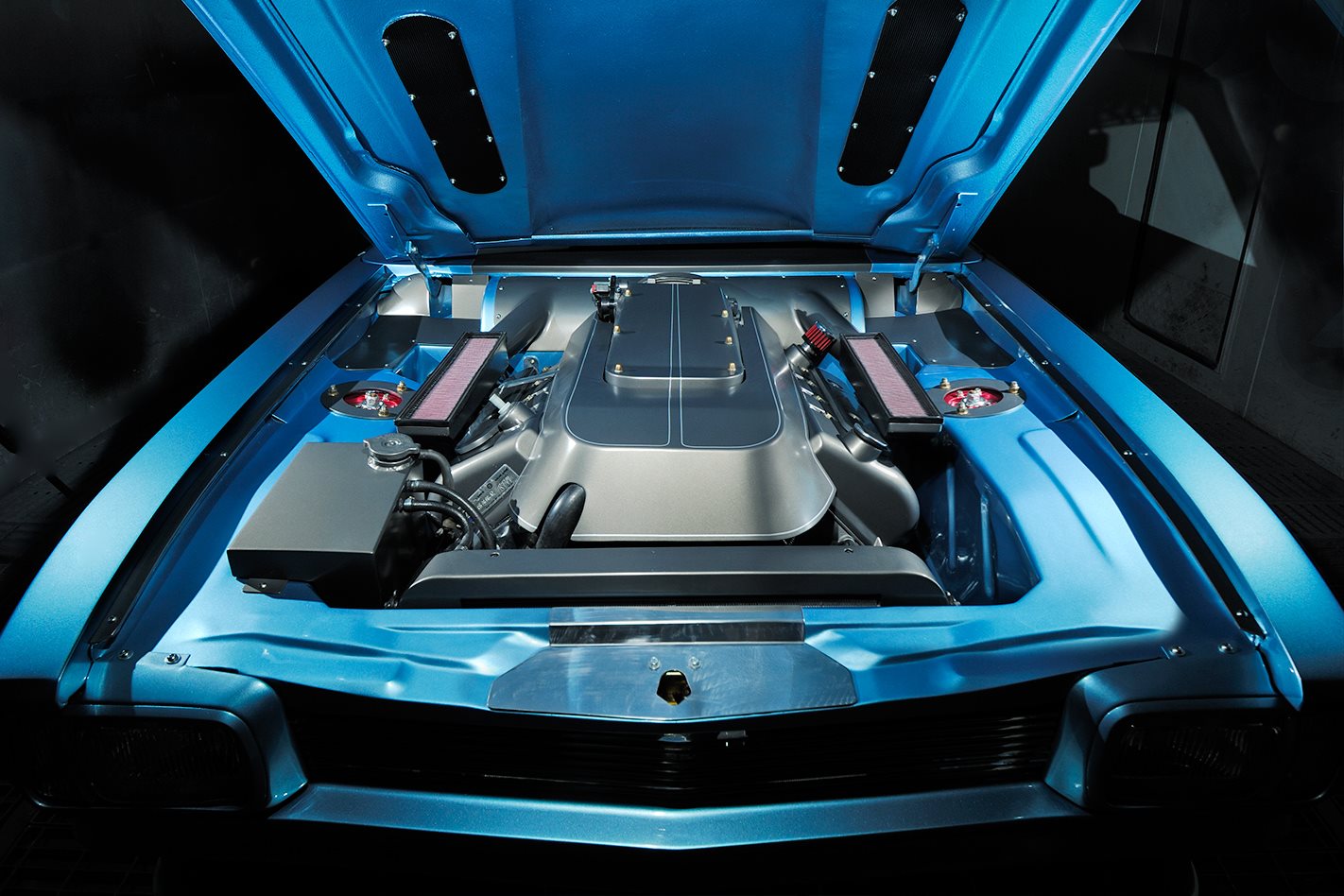 Working on it at home was okay for 12 months on and off but Clint soon realised that it was a hell of a lot harder without the facilities of a fully equipped workshop. He’s luckier than most in this respect, however; he runs the family business, D&W Panel Beaters, and also operates SRM Custom Cars so workshop space wasn’t really an issue.

“I took the Capri to the workshop and spent two years of my spare time mocking it up and getting the panels finished,” he says.

He says ‘mocking up’ like it was a simple bolt-together exercise but he put an amazing amount of work into turning this two-door Pommy econo-coupe into an impressive performance machine. 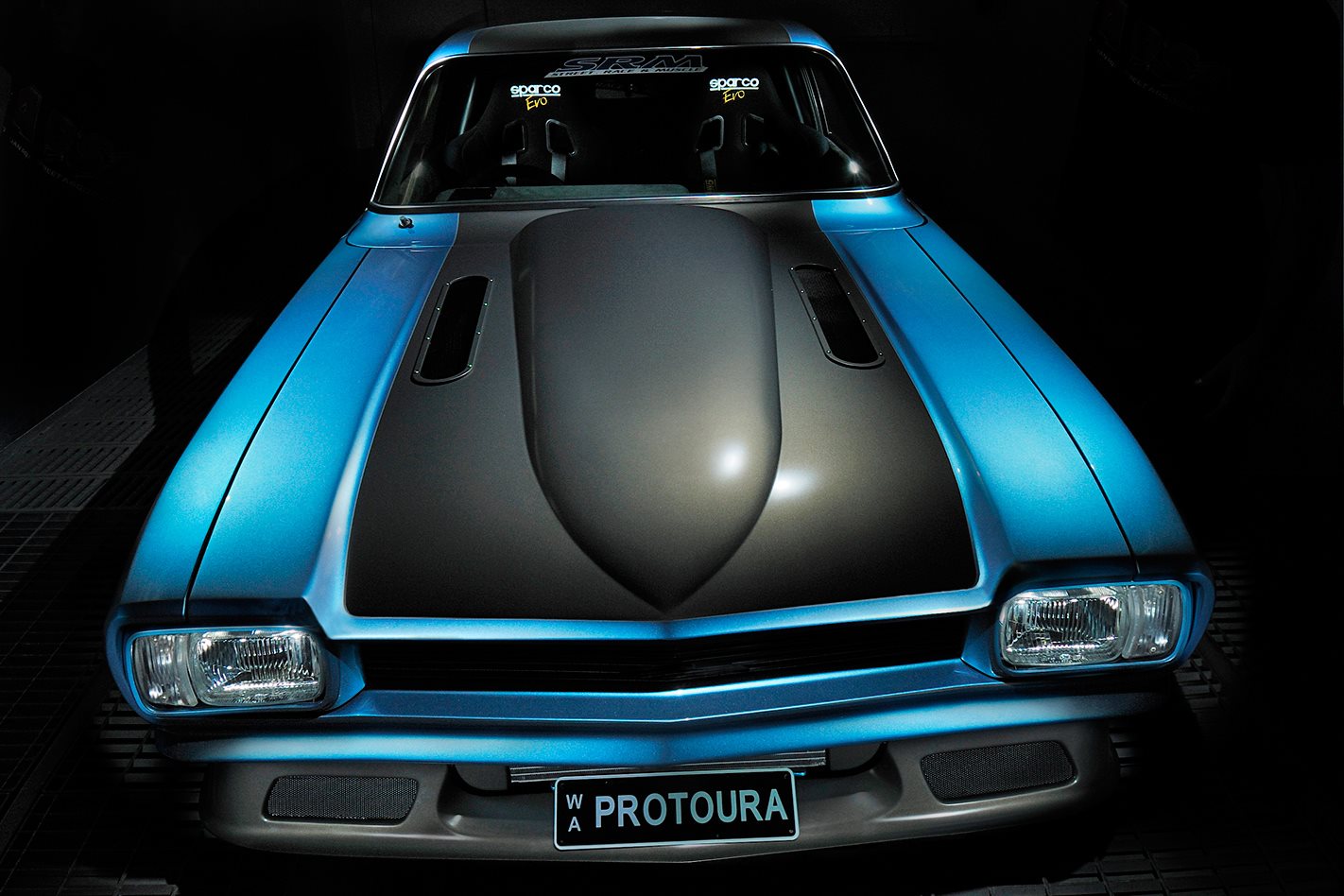 Under the heavily customised bonnet you’ll find a quad-cam Ford V8. Not one of our local 5.4-litre jobs; Clint used a 4.6-litre SVT Cobra engine. He’d bought it for his XW ute and planned to use a 4.6l SOHC Mustang engine for the Capri but wasn’t happy with the SOHC once it was in: “I looked at it and thought: ‘That looks pretty gay!’ Then I went and got the DOHC Cobra motor from the ute and fitted it the next day. The ute never went any further but it’s back on the drawing board now the Capri is finished.”

Ford’s 4.6-litre DOHC modular motor has a reputation as a tough donk and although Clint hasn’t dynoed it, he reckons they’ll have some decent figures once the new Herrod cams go in. That’ll have happened by the time you’re reading this, and the compression will’ve been bumped up a tad with a fresh set of forged slugs. 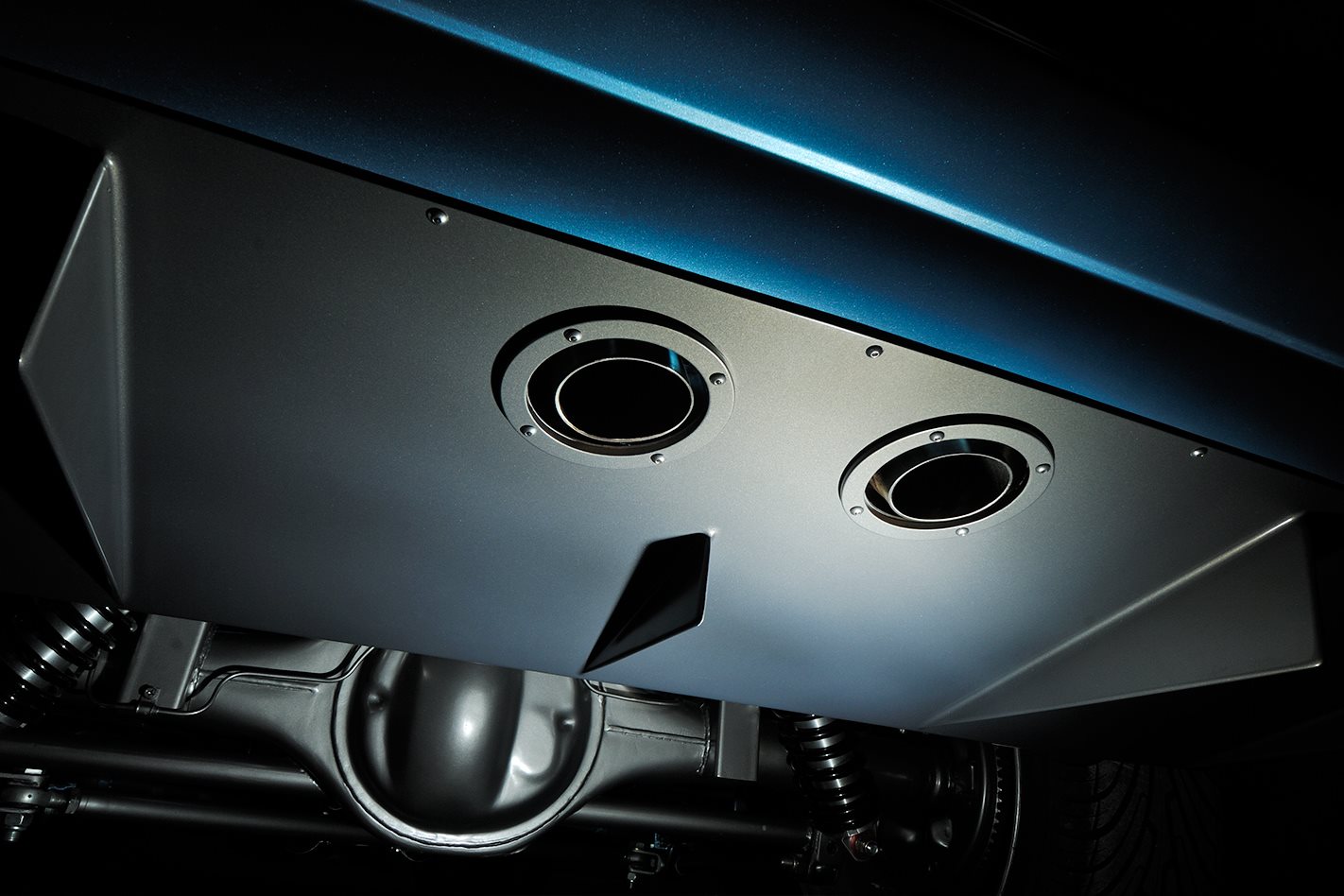 After the first exhaust system was ditched, Clint moved the mufflers behind the diff but didn't like the look. The custom diffuser hides the mufflers and helps the aero too; just another example of Clint's fabrication work

The driveline is simple but tough. At the back there’s a 31-spline nine-inch hanging in a custom four-bar that replaces the factory leaves, while a Mal Wood-prepped Tremec five-speed fills the space in between.

“I needed a manual because I wanted to go around a race track. I just gave Mal the money and told him to sort it out,” he says.

So it’s got a cool high-tech V8 engine and five gears to row through whenever the urge hits, but it’s the body that really grabs your attention. Glance at the pictures and you’ll say: ‘Nice Capri’ but take a closer look and you’ll really appreciate the work that’s gone into it. 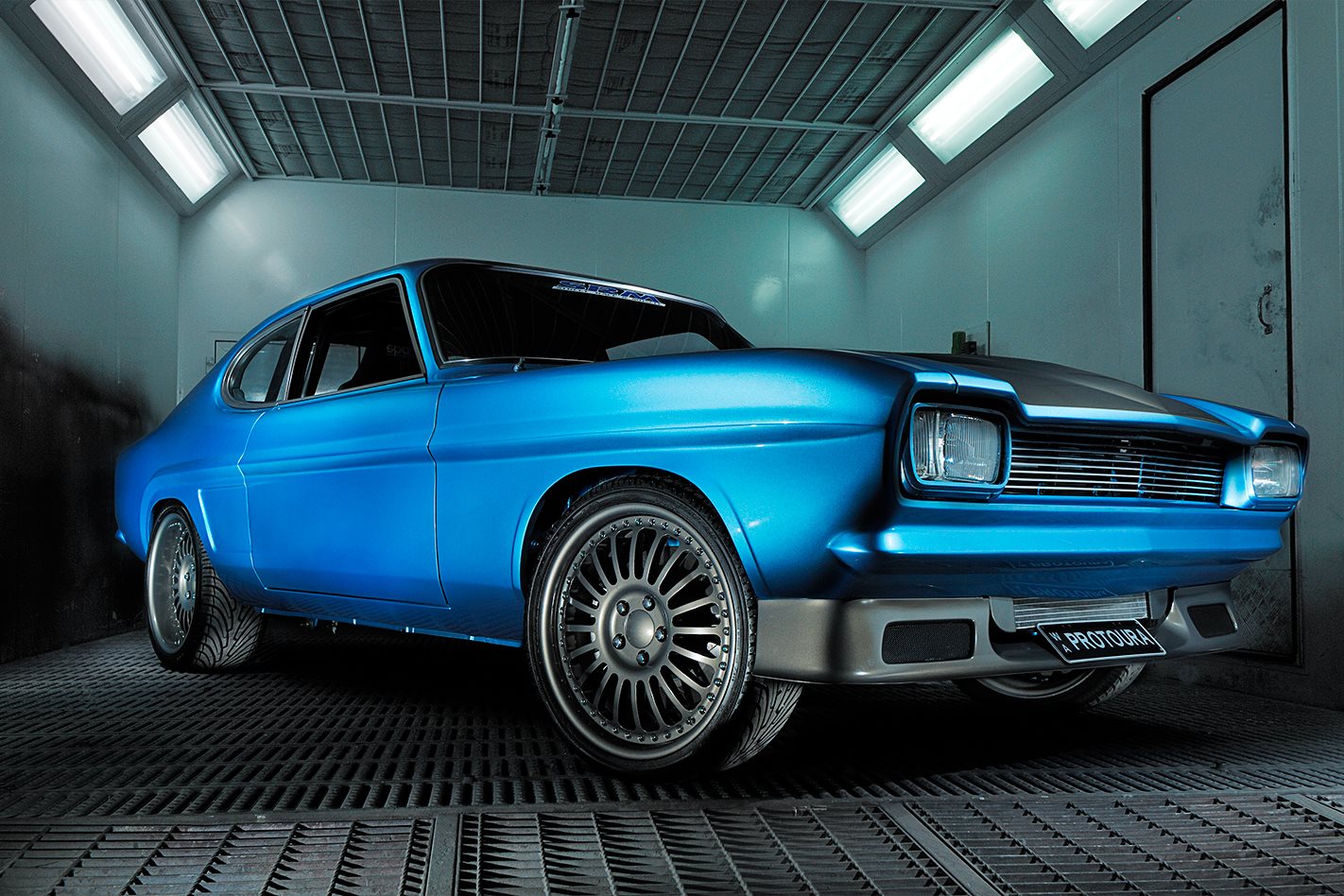 For starters the entire car has been debadged, dechromed and smoothed everywhere. Check out those welded bumpers.

“The bumpers pretty much started the smooth look,” Clint explains. “I didn’t like the Capri bumpers — I always thought they should’ve been upside-down. It took half a week to do both ends, using as little filler as possible. Then it was the snowball effect. Badges, mirrors, mouldings and all that — smoothing everything I could.”

Keen eyes will probably notice that the faux flutes in front of the rear wheels have also copped the Clint treatment. Subtle, yet noticeable. “That’s the way I like it,” he laughs.

Paint inspiration came about in an unlikely way: “I saw a Toyota Aurion driving down the street and thought: ‘That’s a shit-hot blue,’” he says. “Usually I don’t like blue; it’s too boring.”

He applied the paint to the engine bay himself, then had Xtreme Colour do the outside. 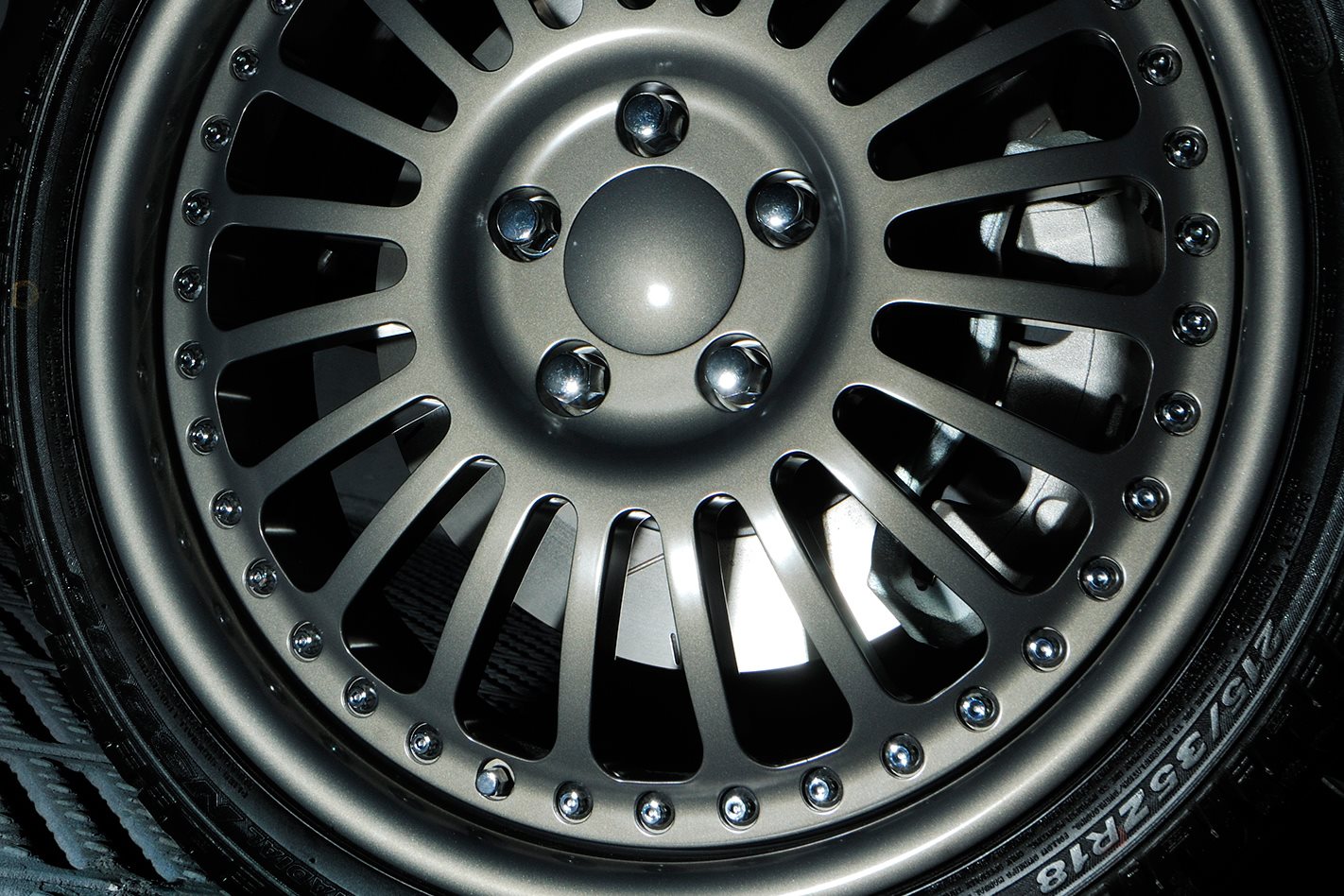 Massive 355mm discs hide behind the front wheels; out back the pair of finned GT drums were soon to be replaced with a pair of matching discs

The external and engine bay highlights are in a custom satin grey that also covers the underside of the car.

Sounds all too simple, doesn’t it? Clint assures us that the build was anything but easy.

“Everything I did, I’ve pretty much done two or three times,” he says. Sometimes that was because he changed his mind after seeing the result, other times it was through the negligence of others — like the bright spark who dropped a steel frame on it when it was parked outside a workshop, just four weeks after painting. They owned up and coughed up for the repairs but that wasn’t an isolated incident and mysterious scratches and damage popped up here and there.

“Of course no-one ever knew how it happened,” he says but if you take a look at Clint’s thanks list, you won’t find the names of the offending businesses there. 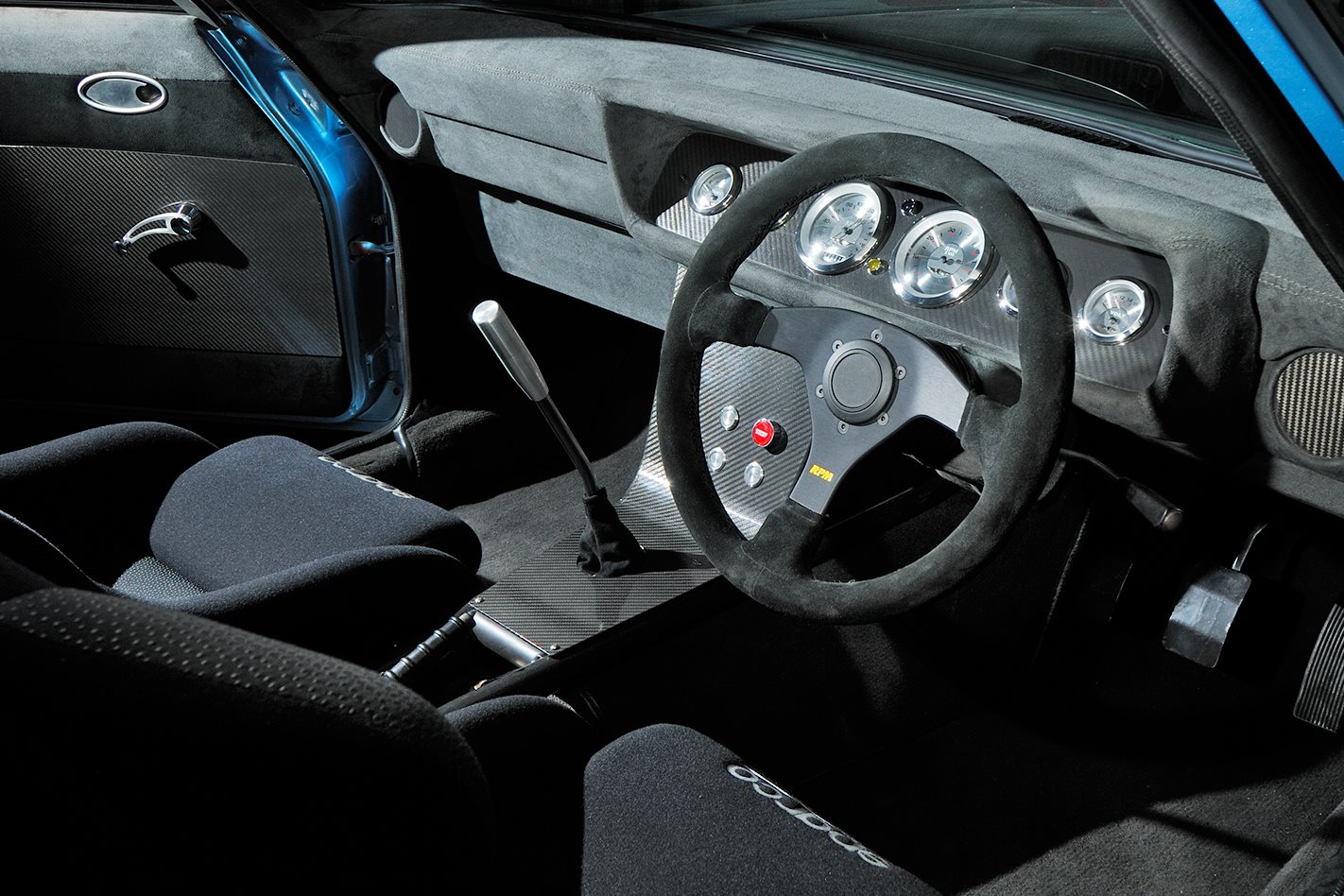 The interior is all business: Sparco seats, OMP harnesses, an easy-to-reach shifter and custom 'cage. Don't look for a stereo - there isn't one

A Pro Tourer isn’t complete without a cool set of race-inspired rims and the Capri didn’t miss out, though thanks to the large custom brakes and BA calipers up front, Clint had to get the wheels made with custom offsets in the US. He’s keeping the brand close to his chest but he will say they’re 18x6½ up front and 18x9 out back. He hasn’t tubbed the rear but he removed the rear shock mounts that usually share wheel-well space with the back tyres, which gave him enough room to run 255s — enough to keep it grippy without looking silly.

“The plan was to do hillclimbs, time attack and all that stuff,” Clint says, adding that he wants to change a couple things before he starts throwing it around a track. That said, he’s now having some second thoughts.

“I’m still going to do it — that was and is my ultimate goal — just not side by side with other people when you don’t know if they can drive. I’ve only driven it 300km so far, but it’s absolutely beautiful to drive. I’m very happy. 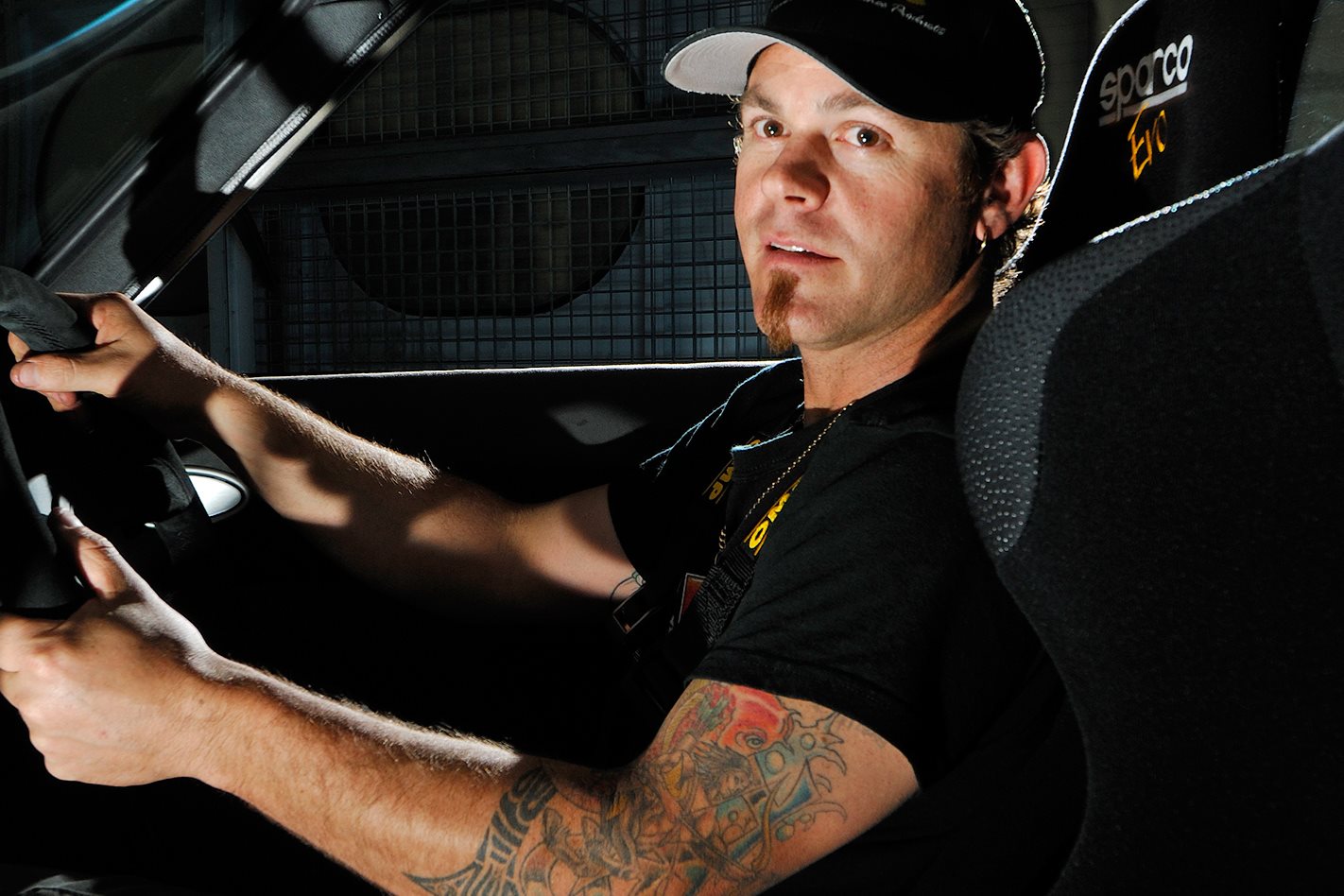 “At the end of the day, though, the Capri is my wife’s and the intention is to give her back her car. She loves it — absolutely loves it. She drove it for the first time in five or six years the other day. I told her to go to the end of the street and back and about 20 minutes later, when she returned, I was minus about five fingernails!”