Aaron Bray is only a young bloke, but he's already got the skills and the eye of a great customiser.

This article was originally published in the Hot Rod 17 issue of Street Machine.

Entering Aaron’s workshop for the first time, there’s a mix of both familiarity and surprise. It’s got all the gear you’d expect for a master panel guy; English wheel, bead roller, MIG welder, a well-used log, a fridge, some custom car posters, old hubcaps and a nude bonnet ornament hanging from a vintage shelf. 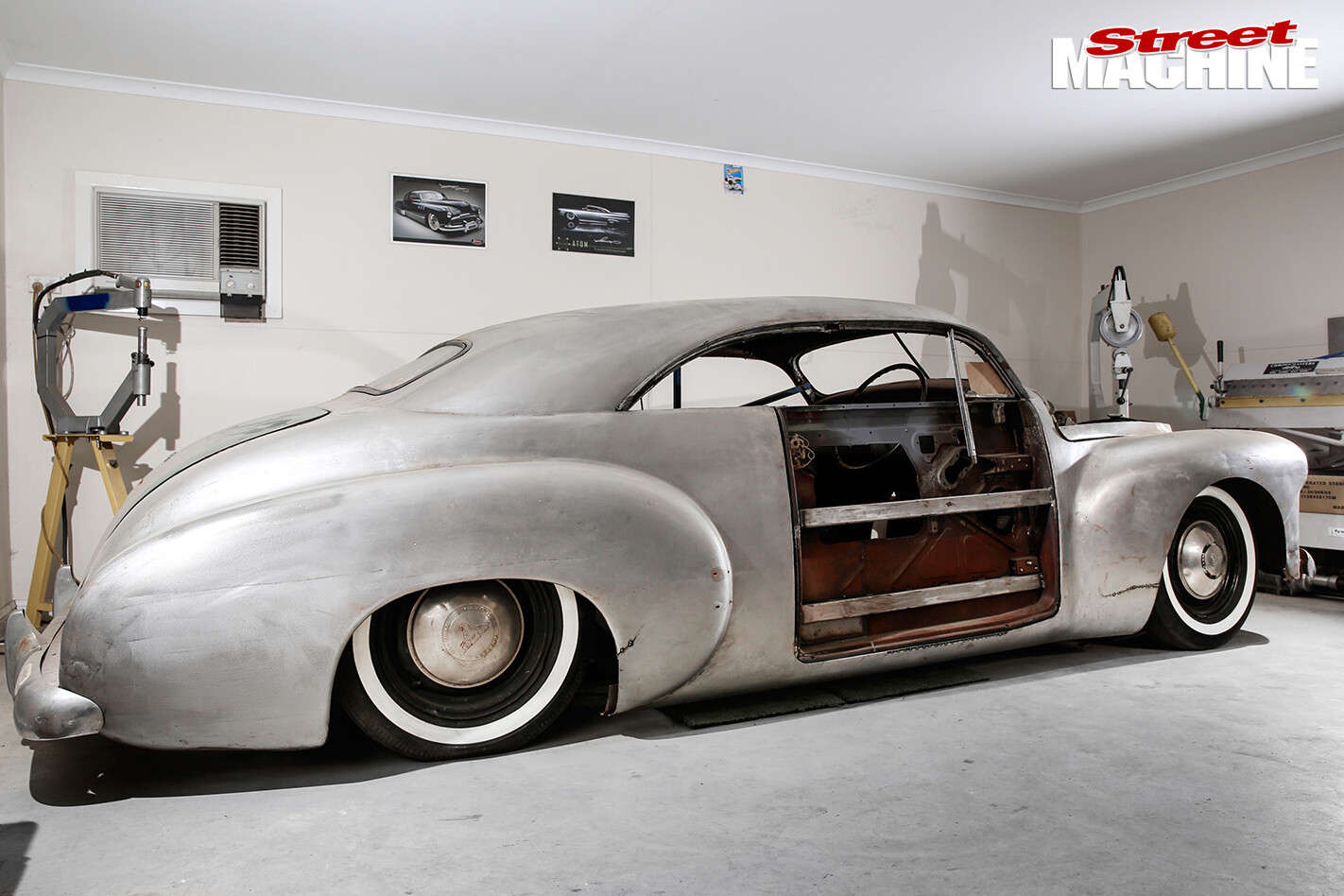 But it’s also pretty small; especially since it’s packed full of both his own projects and customer cars. And there’s no wizened old bloke sitting in the corner eyeballing me. There’s a 28-year-old; and he’s not wizened (yet). He’s still eyeballing me though. Until I say yes to a beer, then we’re mates.

It’s fair to say that Aaron’s inspiration for his projects transcends not only decades, but cultures. Australia’s hop-up scene was never like that of the Americans; sure there were plenty of customs, but nothing seminal like the two Mercuries built for Nick Matranga (1940) or Bob Hirohata (1951) by the Barris Brothers in the early 50s. “And a lot of Aussie customs have been forgotten about; we just didn’t have the scale of publications and photos that the Americans had,” Aaron laments.

As he speaks, I’m already gazing at every nuance of the FX Holden coupe next to us. Although unfinished, it’s clear its humpy lines have been massaged into something achingly beautiful. I want to drive it right now, but it’s got no floor. 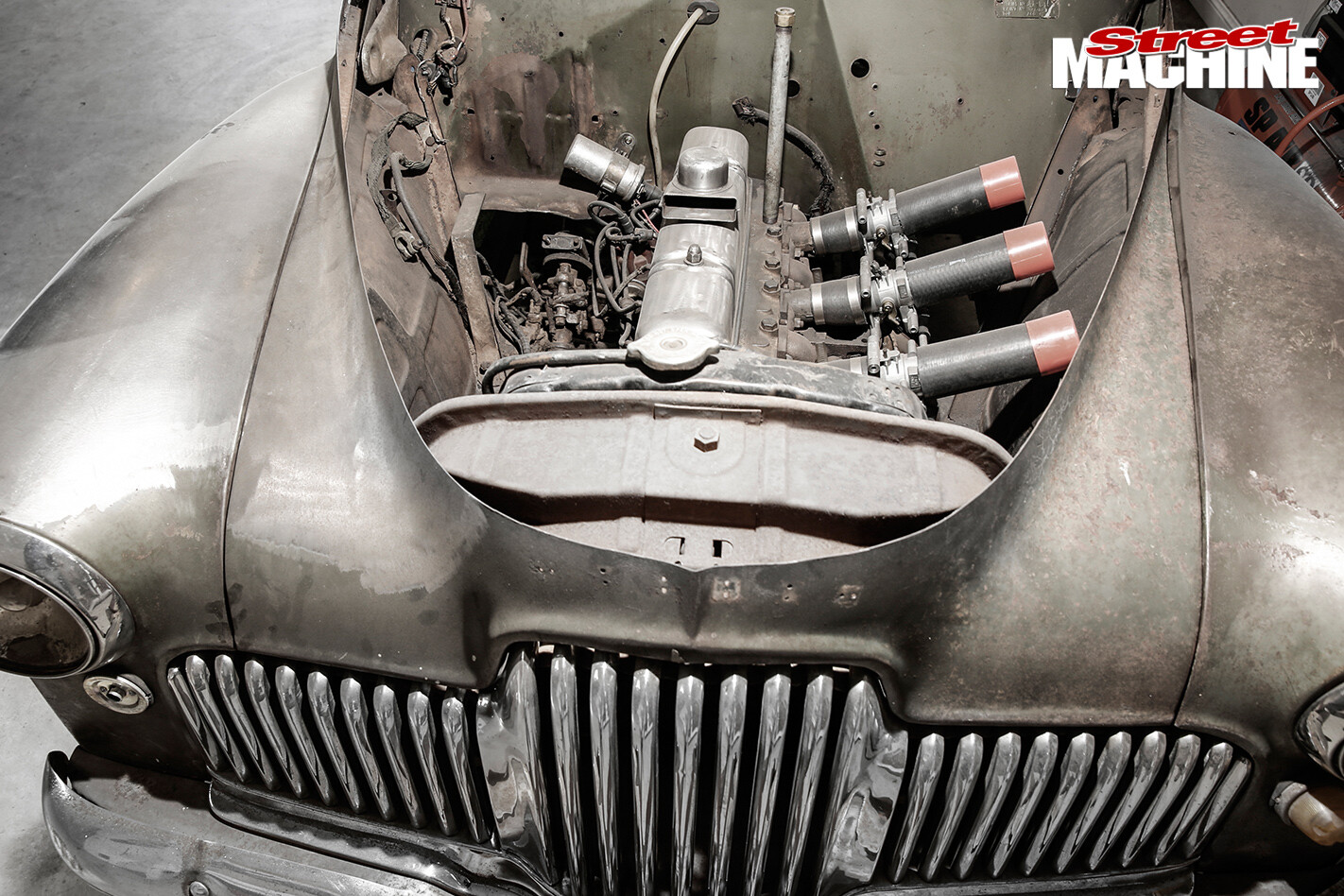 “This all sprung about from Aden Jacobi’s rendering in the 2012 Street Machine Kustom Annual. It was an Aussie version of the Barris/Matranga Mercury coupe, using an FX,” Aaron says, twisting the orange cap off another Mild Ale.

He continues: “Aden and I both thought it was a bit out of proportion; so I had him revise the rendering, bringing the roof down a bit and lowering the behind.”

In reality, this meant sectioning the body two inches above the fender line, tops of the quarters and above the pontoons. The roof has received a five-inch chop at the A-pillars and like the Barris/Matranga Mercury, the windscreen has been moved an inch north to avoid the squinty, over-chopped look. 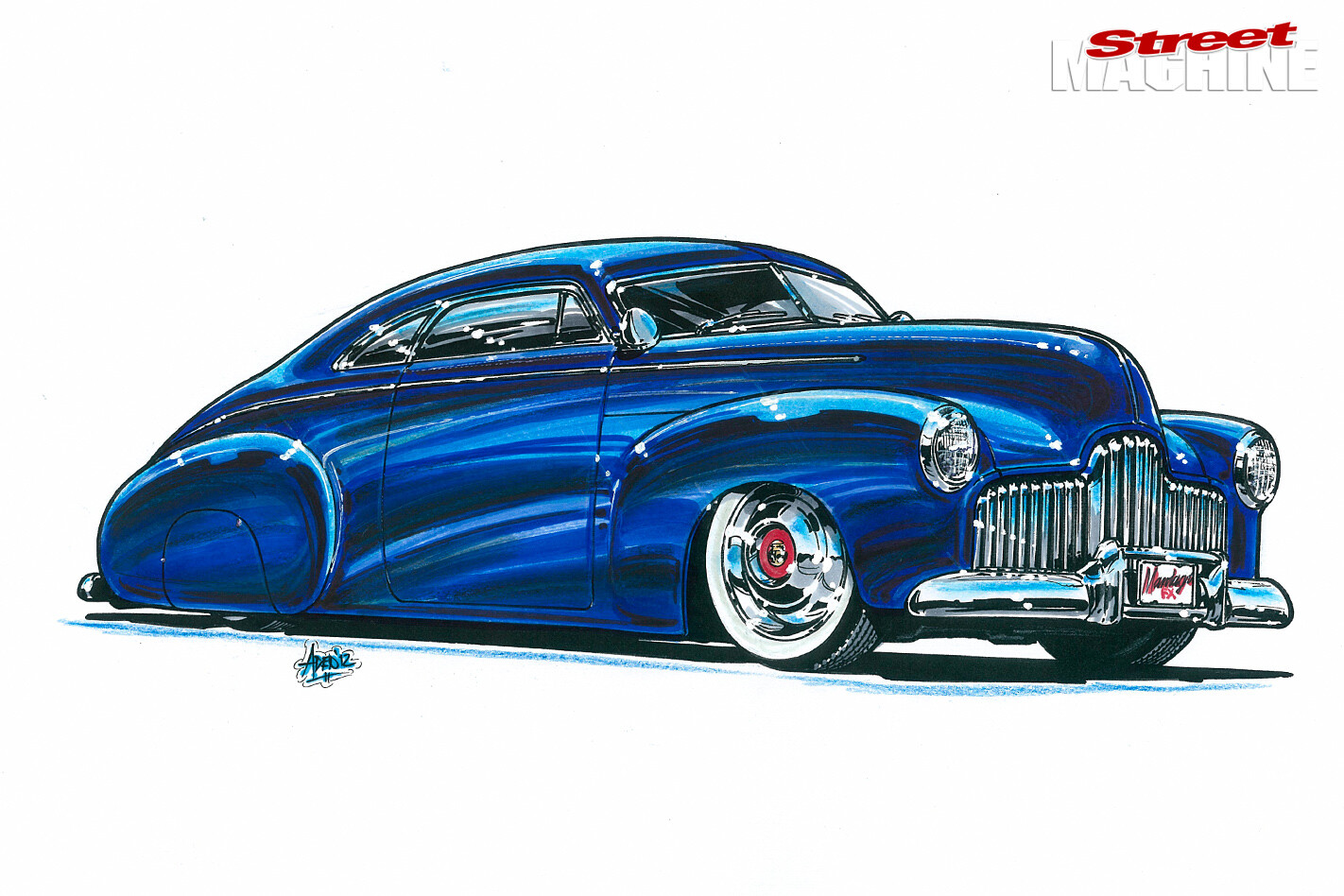 “I pancaked the rear of the roof because when I started settling this stuff back down and laying the window over, it ended up with quite a bulge; I did a pie-cut and pushed everything right down,” Aaron explains, clearly unfazed by the magnitude of the work.

It’s at this point I think to ask how long he’s been working on the FX. “Honestly man, really not that long! Sometimes I sit and stare at it and have a quiet beer. Then when it’s time to work on it, everything happens so quickly; it’s all worked out in my head,” Aaron replies humbly, but with the confidence of a man who has already mastered his craft. He sighs, “It’s just over two weeks’ work,” and I blow beer out of my nose.

Taking a leaf from Aaron’s book, I pull up a stool, crack another beer and stare at the FX. The more I look, the more I see; the bonnet is peaked and shortened, the fenders have been smoothed into the frame and the bottom edge of the door has been flared to marry it up nicely to the fender. It’s beautiful stuff. 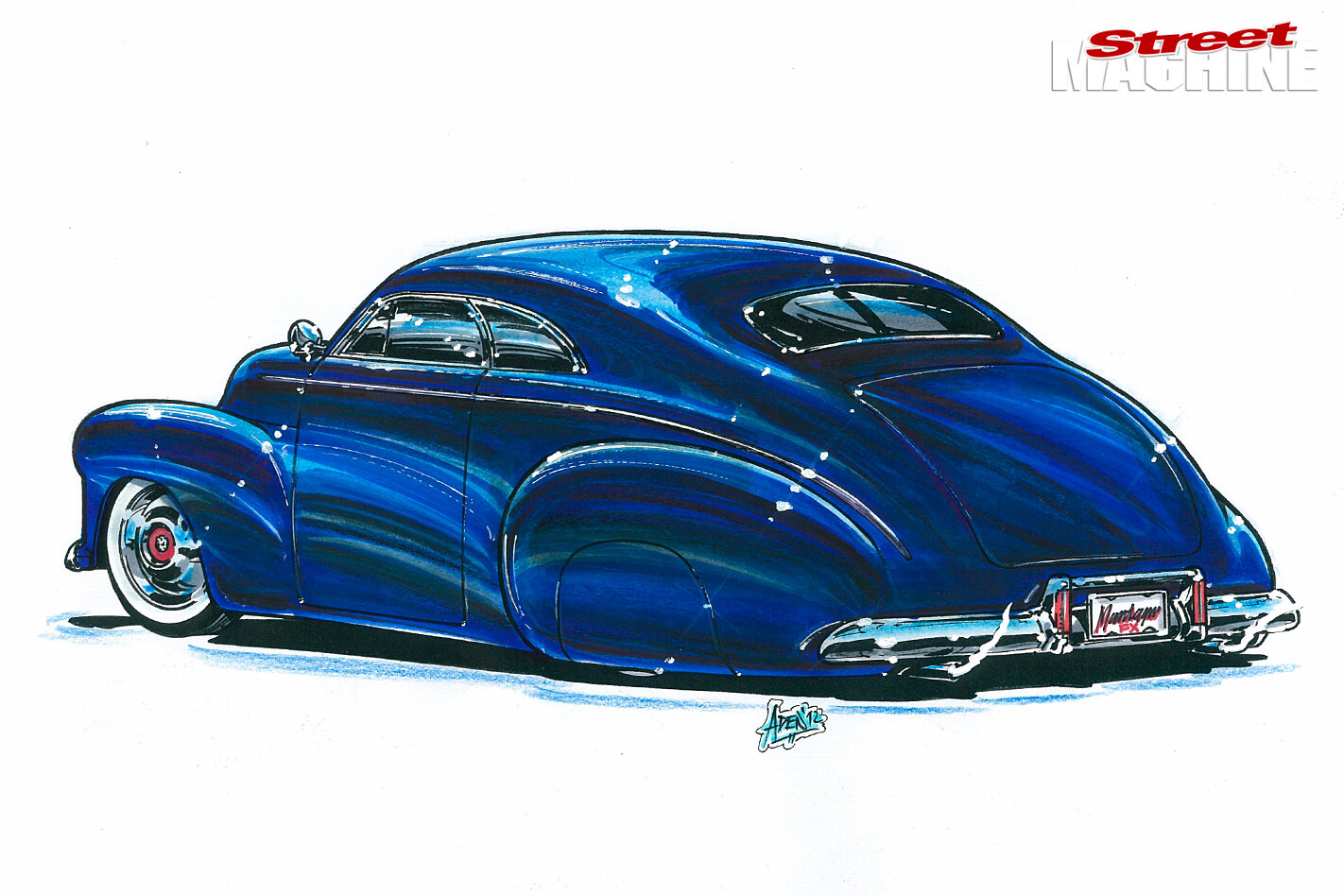 And it’s low. Aaron breaks my concentration, “Last time I measured it, it stood at 51 inches tall and it’s a 1951-model. Lucky it’s not a ’50 or I’d be looking for another inch to remove,” he laughs.

With the bonnet off, we look into the engine bay; a classic grey with a trio of carbs on top. “I’m looking for a Norman supercharger,” Aaron admits. “I was going to use the Wade,” gesturing to the enormous blower hiding under a bench, “but it’s probably too big!” He’s not wrong; the Wade would cartoonishly dwarf the old sideplate and despite all the chops, changes and massages, this car somehow manages to eschew cartoonishness.

Keeping the stock brightwork up front helps retain character aspects unique to Holden’s first car; the grille, headlight surrounds, bumpers and even the overriders will remain stock. Aaron’s not committed yet, but he thinks he will even keep the standard FX dog-dish hubbies.

2
The revised version for Aaron

But it’s the side windows where the Barris Brothers’ influence will be seen most obviously; Nick Matranga’s Mercury was among the first to feature side glass and chrome-plated window channels that curve forwards on the trailing edges; although not done yet, Aaron’s got the skills and is ready to go on the channels. “The stainless is waiting in the loft!” he says, gesturing skyward.

I ask Aaron if he’s got a timeframe on the FX; his response offers little surprise; like most of his work, he makes the seemingly impossible sound casually doable. “I want it driving by the end of the year,” he advises, causing me to blow more beer from my nose, creating another slip hazard. “I’ll debut it and do a year of shows,” he continues. I ask if he’s going to drive it once show duties are over, “Oh shit yeah!”

If you want to read part 2 of Aaron's custom Holden story, step right this way.