Leon Davies gets some paint on his pet project XK Falcon

THERE is one cruel reality for those who are lucky enough to spend their working days building cool cars for other people – finding time for their own projects. This is especially hard if you like to get out and about and have fun on the weekends - like Leon Davies from Big L’s Chop Shop. 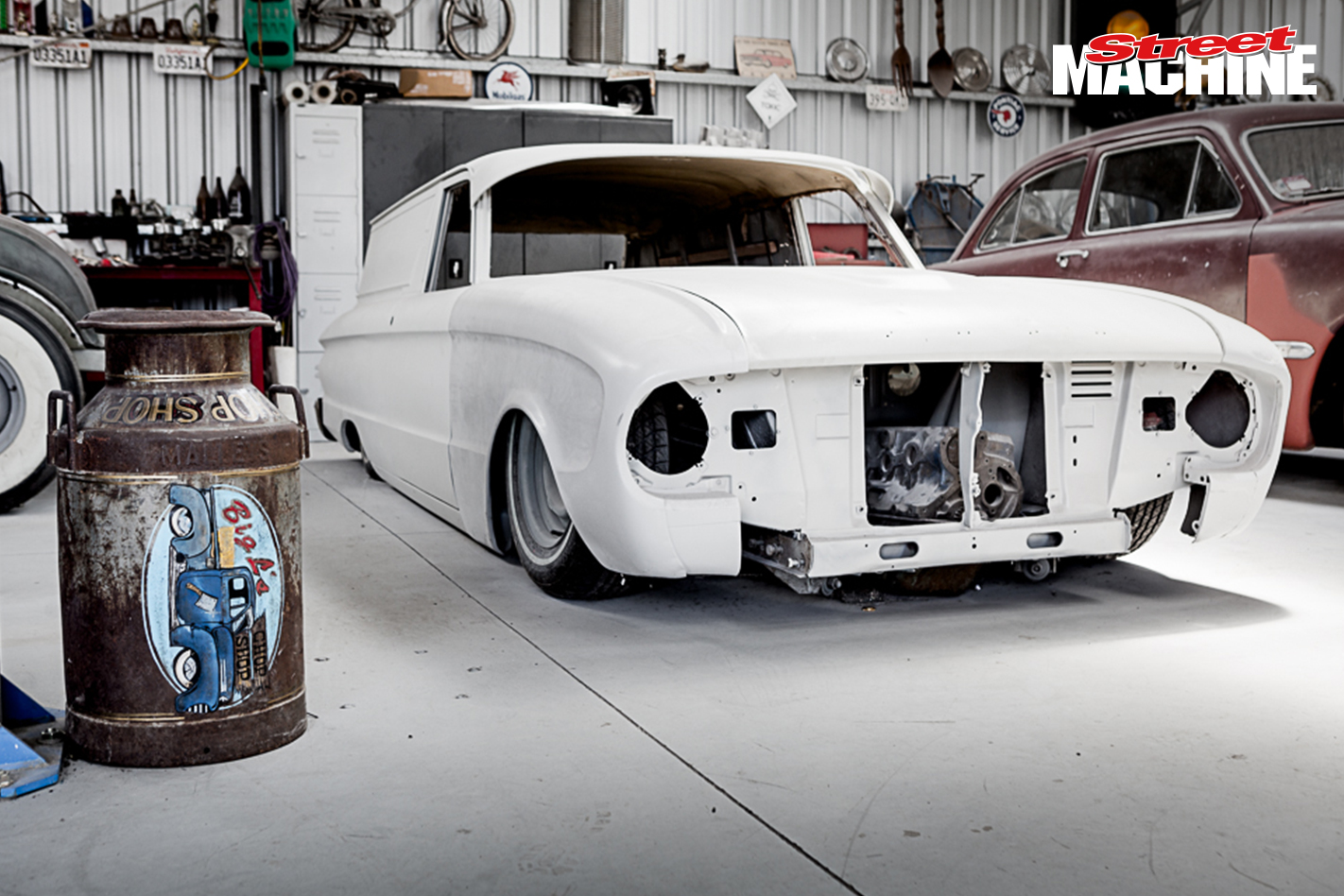 When we last nabbed some photos of Leon’s pet XK Falcon project, it was sitting on the deck in epoxy and looking pretty cool. While the Falcon retains the standard floor and leaf springs on the rear, the back of the car has effectively been channeled, producing an awesome stance in combination with air bags front and rear. The front end also remains the stock XK crossmember, but uses a set of Rod Hadfield's Stubtech drop spindles. That was in 2014 and since then not much has happened on the XK, however Leon has been busy putting an ungodly amount of miles on his ’48 Ford pickup, including a trip to Red Centre Nats last year. 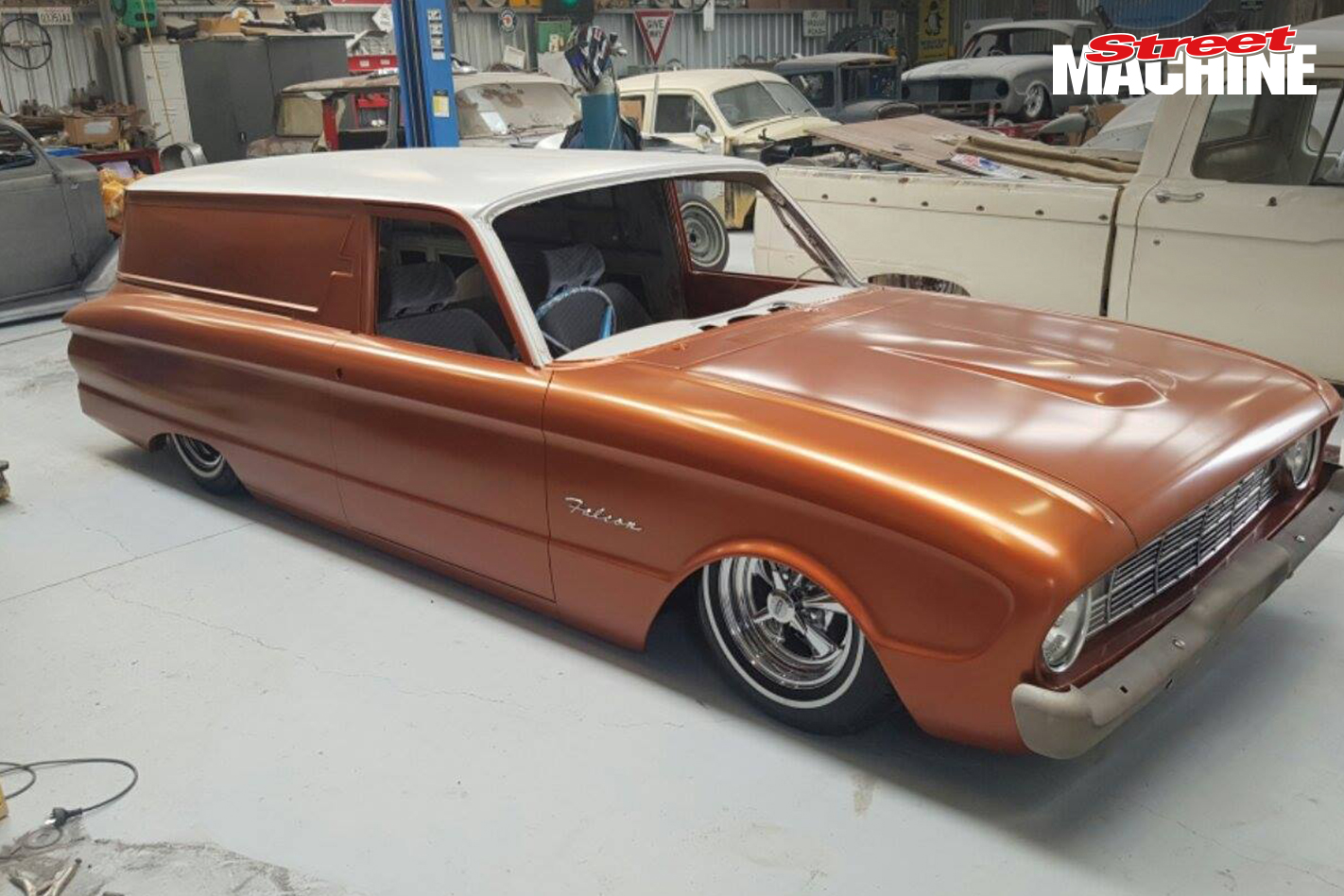 Leon also hit up plenty of events in his ’49 Ford, before selling it and then chopping the top for new owner.

However, three weeks ago the planets aligned and Leon found time to give the XK a makeover, getting the bodywork completed and ready for Adam Guglielmi to shoot it satin bronze. The colour is from the Mitsubishi colour chart, but with some custom touches thrown in, including some pearl. "The body was pretty straight, but I did a fair bit of of work to get the panels aligned nicely," says Leon. There are a few custom touches in there, including a rear roll pan, some shaved badges, 1946 Lincoln door handles, 1961 Olds taillights and some sharpening to the bonnet bulge. 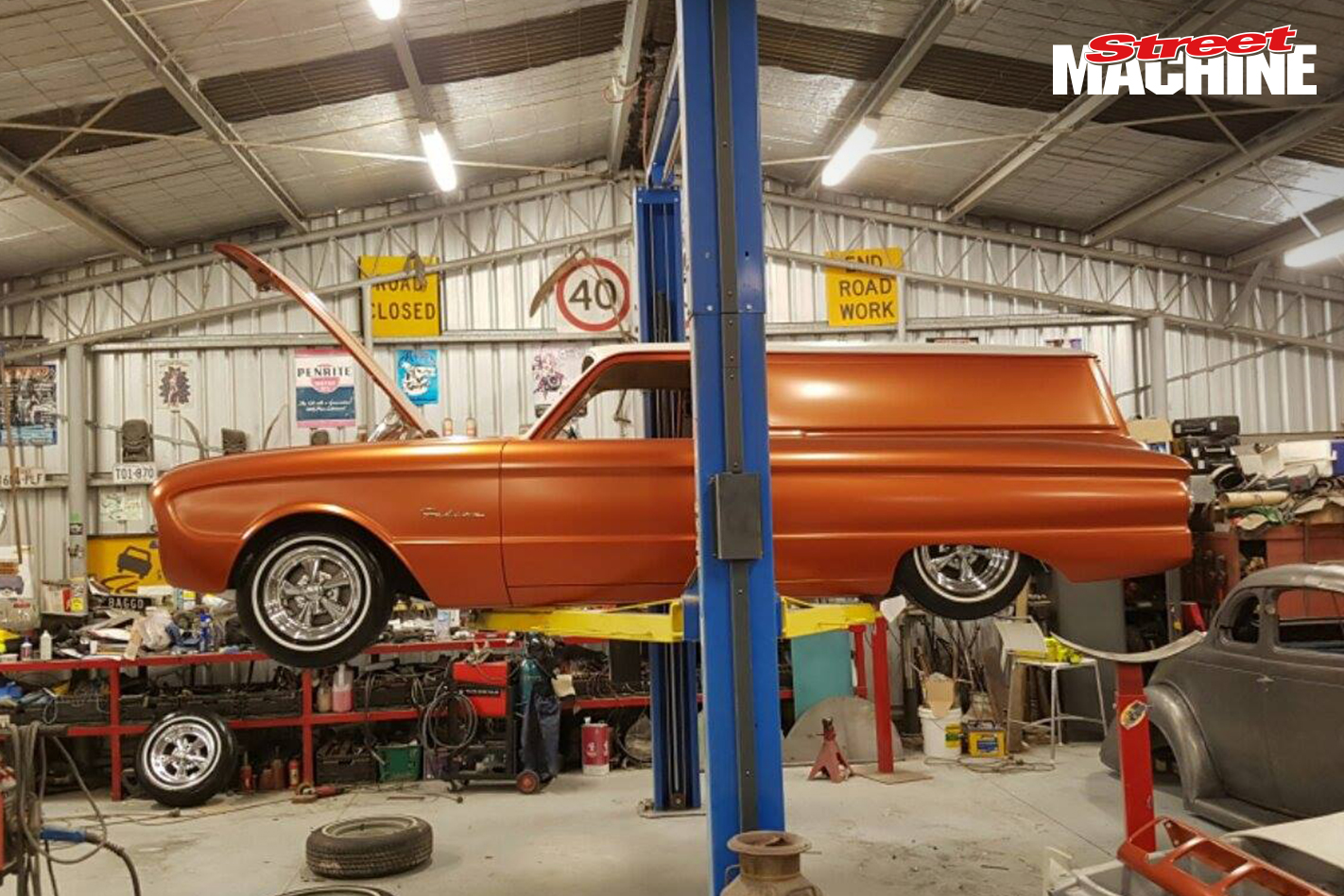 The XK also scored a new set of Cragar rims, measuring up at 14x6 and 14x7-inches. The next step is to fit an engine during the winter months, although exactly what motor is currently up for debate. “The idea was always to run a six-cylinder. I used to have an XK Falcon as a daily driver that did monster miles and was totally reliable, so I’ve always wanted to have one again. But maybe some more horsepower would be nice.”

Either way, you can check out the car in person at the Street Rod Nationals in Bendigo, this weekend.