We met Dani Richardson and Smokey Two, a Beat The Heat BA XR8 Ford sedan, while racing at the Ararat Hillclimb

DANI is a former youth worker and high-school teacher who is now employed in Victorian Emergency Services. She’s keen to make a positive impact in her local community through the Beat The Heat program, which helps country-based young folk gain life skills by helping out with a fleet of track-prepped rides – some of which they also get to race. 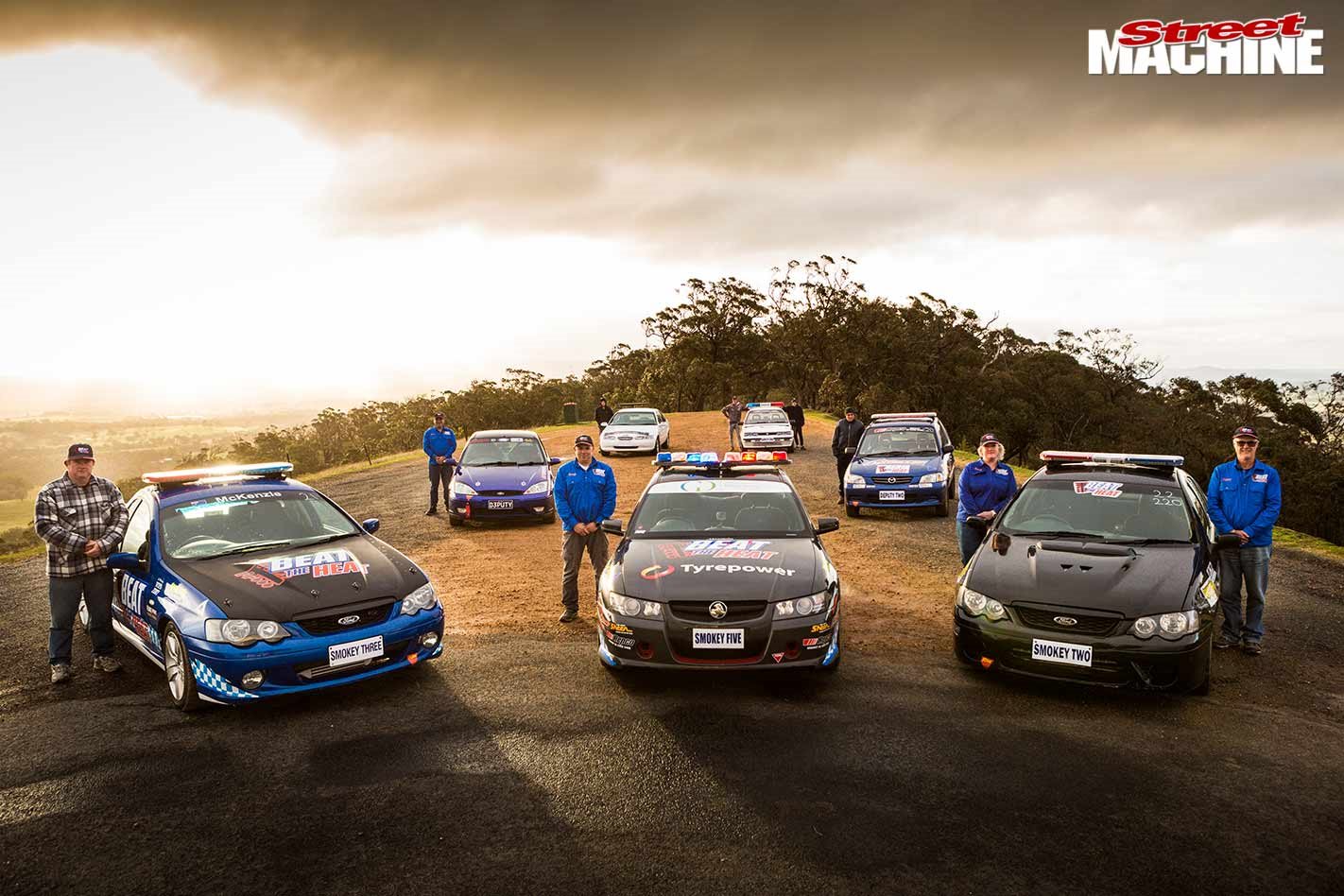 Dani, fellow Beat The Heat crew members and some of the program’s young volunteers with the BTH race cars

Tell us more about Beat The Heat.

As volunteers from emergency services, we use our Beat The Heat race cars to show young people that we’re approachable. They can link with us to volunteer on the cars and also compete in them, therefore gaining skills that come from working on cars, including personal skills and a sense of community, which all transfer into finding jobs. 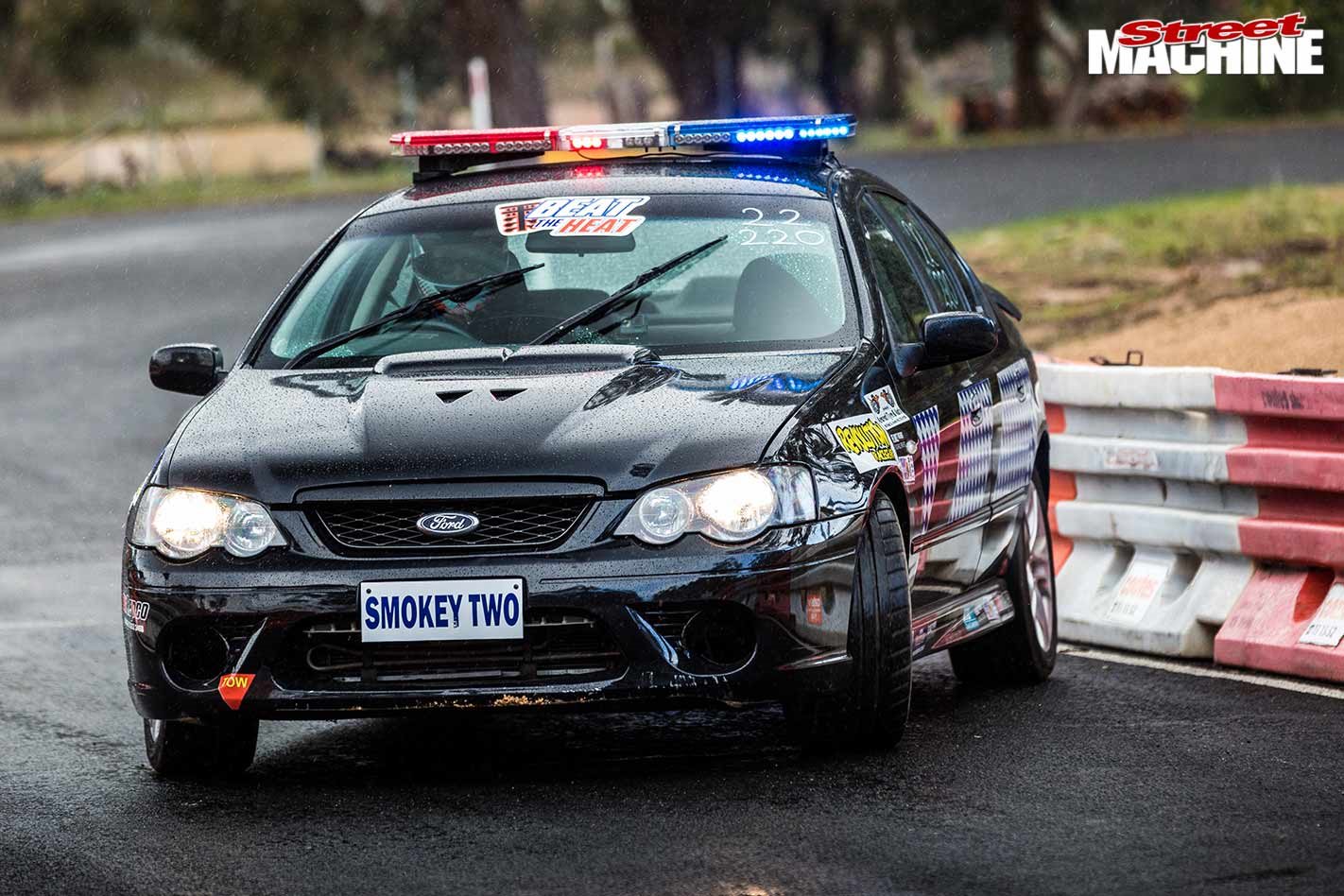 How’d you get into BTH?

In 2012, I learnt about the history and realised it was a really cool program. I then helped to get the BTH cars out into the community, and now compete in them. I learnt how to drag race in March thanks to the Western Australian BTH team. I had an absolute ball; my first pass in their V8 VE Commodore was an 11.68-second quarter-mile, with my best being 11.454@117mph. There’s no turning back now – I love it! I’ve since taken Smokey Two out of storage and had a team of volunteers bring it up to scratch. I then competed in the June and July Ararat Hillclimbs; they’re good fun with lots of challenges in winter: sleet, hail, rain, black ice and kangaroos! And I will drag race Smokey Two for the first time this Saturday. 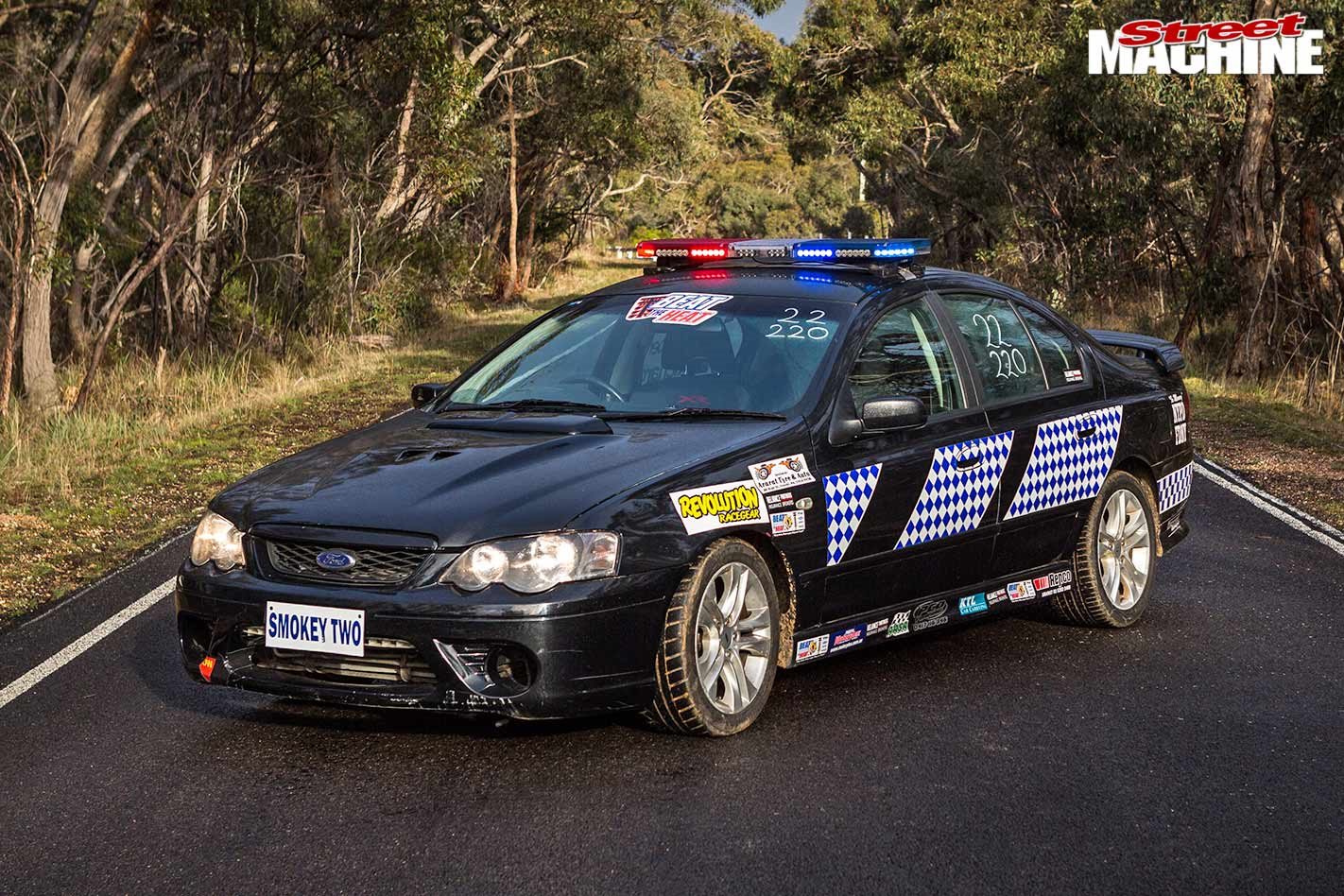 Tell us about Smokey Two.

It’s an ex-Ford test mule BA XR8 sedan built from AU, BA and BF components with a Herrod Performance-built 290kW engine, which consistently ran mid-12s seven years ago. That’s one of over eight current BTHVIC cars of different makes and models, all of which were donated, and none are ex-police vehicles. They’re maintained by volunteers and young people from 12 to 25 years old, who are supervised by qualified mechanics, so it’s like a mentoring arrangement. They do stuff like strip the car to put a rollcage in, detailing before an event, wheel changes and all that sort of thing. We’ve seen huge synergies between car-head youth and these cars since we’ve reintroduced them into the rural western Victoria events over the past two years. 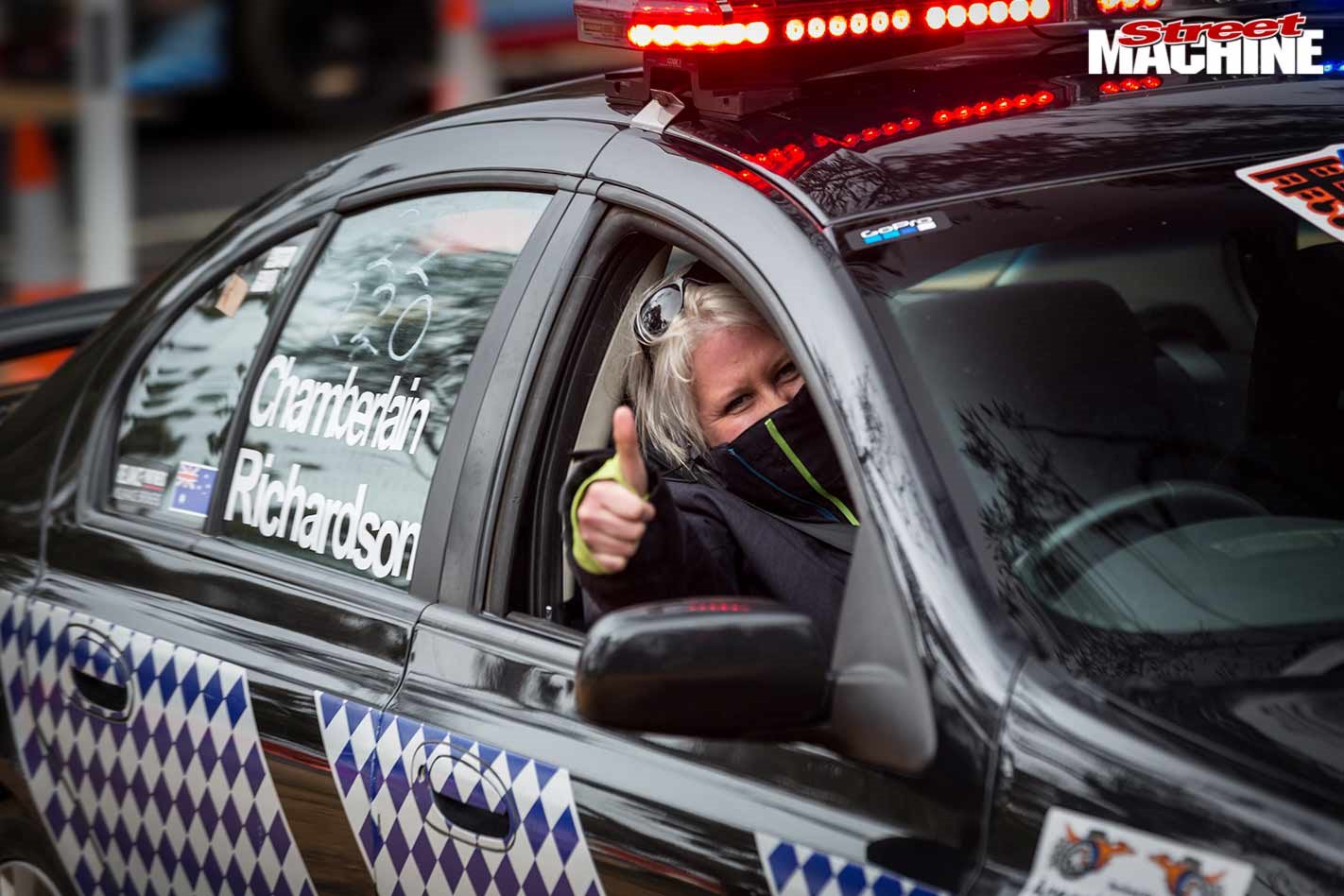 What events does BTH do?

Drag racing, hillclimbs, motorkhanas, and we’re working with AASA to see if we can do a sprint event. We’re actually the only BTH team in the world to have ‘Deputy’ cars, which are privately owned or community-donated four-cylinders that our youth crew can modify, maintain and race at local CAMS and AASA events. To drag race, you need to be over 18 years old, so we’re looking to have club cars that young people can compete in, and are maintained by them and the club. 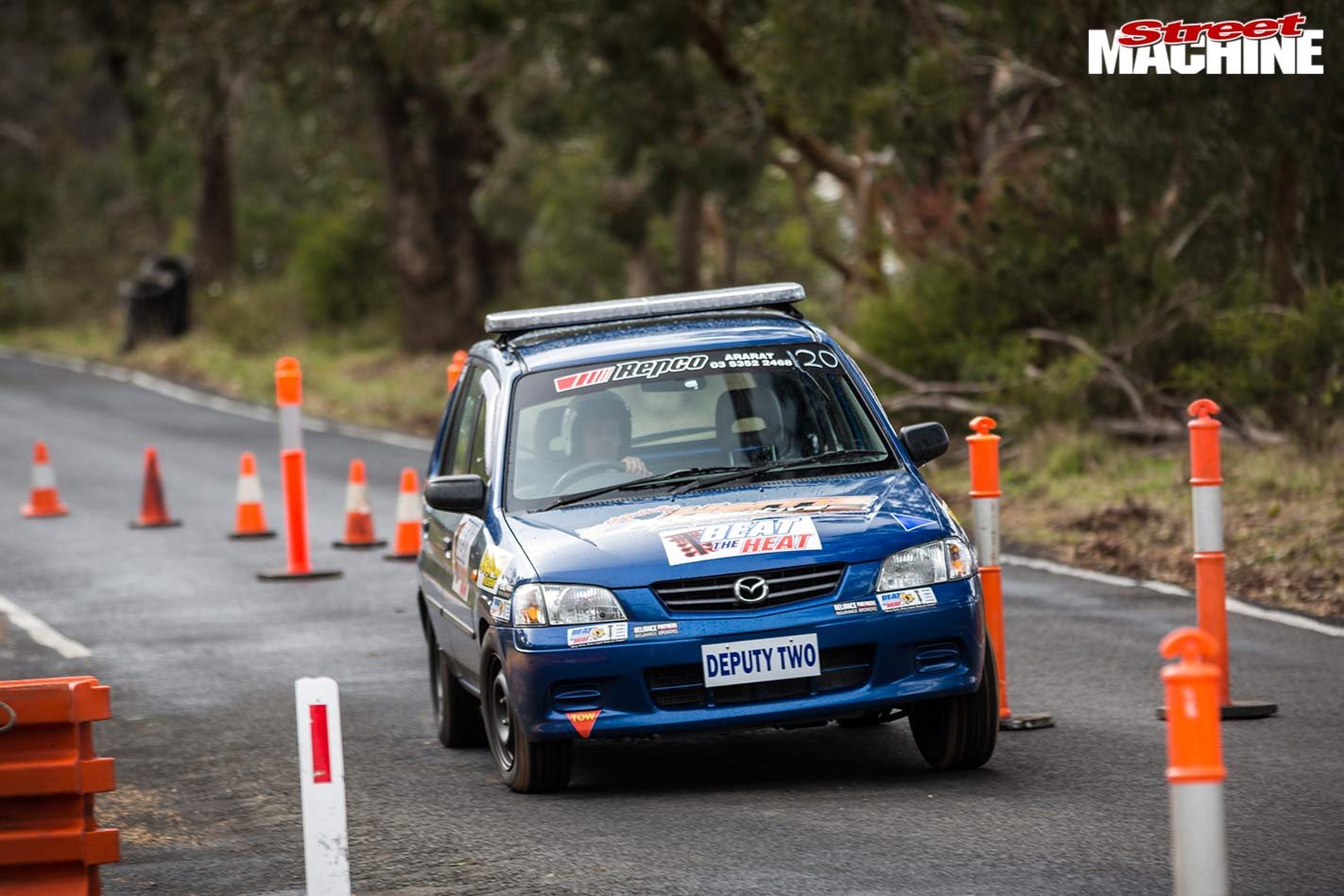 I hear you have your own grudge match lined up!

Jessie Holmes, the CEO of Yarriambiack Shire Council, publicly challenged me to win my title of Fastest Lady at Wimmera Off-Street Drag Racing Club’s motorkhana. She’s keen to have a go as a way of showing her support for community motorsport. First, we’ll do some upskilling for her, then get her out at the motorkhana!