Some well-staged drag strip action and back-roads street racing do the trick, along with wholesome small-town street cruising

ONE of many Hollywood coming-of-age flicks that centre around small-town life in 1950s USA, Deuce Coupe follows Eddie Fitzpatrick (Mulroney), a high-school senior trying to find his place in the world. His older brother Ray (Bloom) is a local mechanic busting at the seams, as he watches an unfulfilling life being planned out for him by his drab girlfriend, Virginia (von Zerneck). 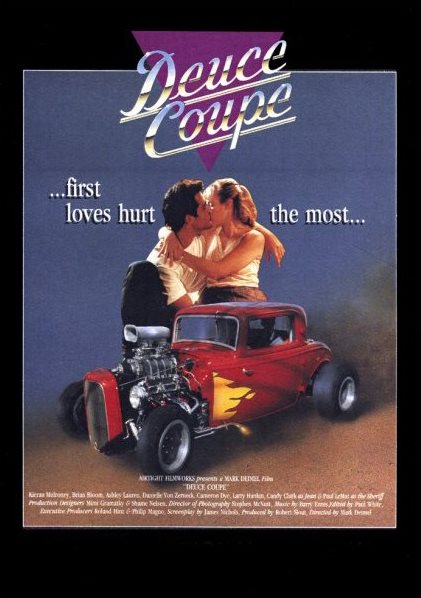 Escapism for the pair comes in the form of a red three-window deuce coupe, built to take on the local hoods from The Outlaws car club both at the strip and on the street.

After Ray wins Top Eliminator at the local drags, his thirst for more action and adventure sees him skip town to join the air force. He entrusts the coupe to Eddie for safe-keeping, with strict instructions to behave himself.

With a set of wheels now at his disposal, Eddie decides it’s time to act on his feelings for the local hottie Marie (Laurence), unaware that Ray has been slipping between the sheets with her on the sly. So begins a messy love triangle that sees Eddie thinking he’s in with a chance with Marie, while she strings him along in order to learn Ray’s whereabouts – turns out Marie is up the duff to Ray and is keen to escape the increasing scrutiny and ridicule of the
small-town gossips. 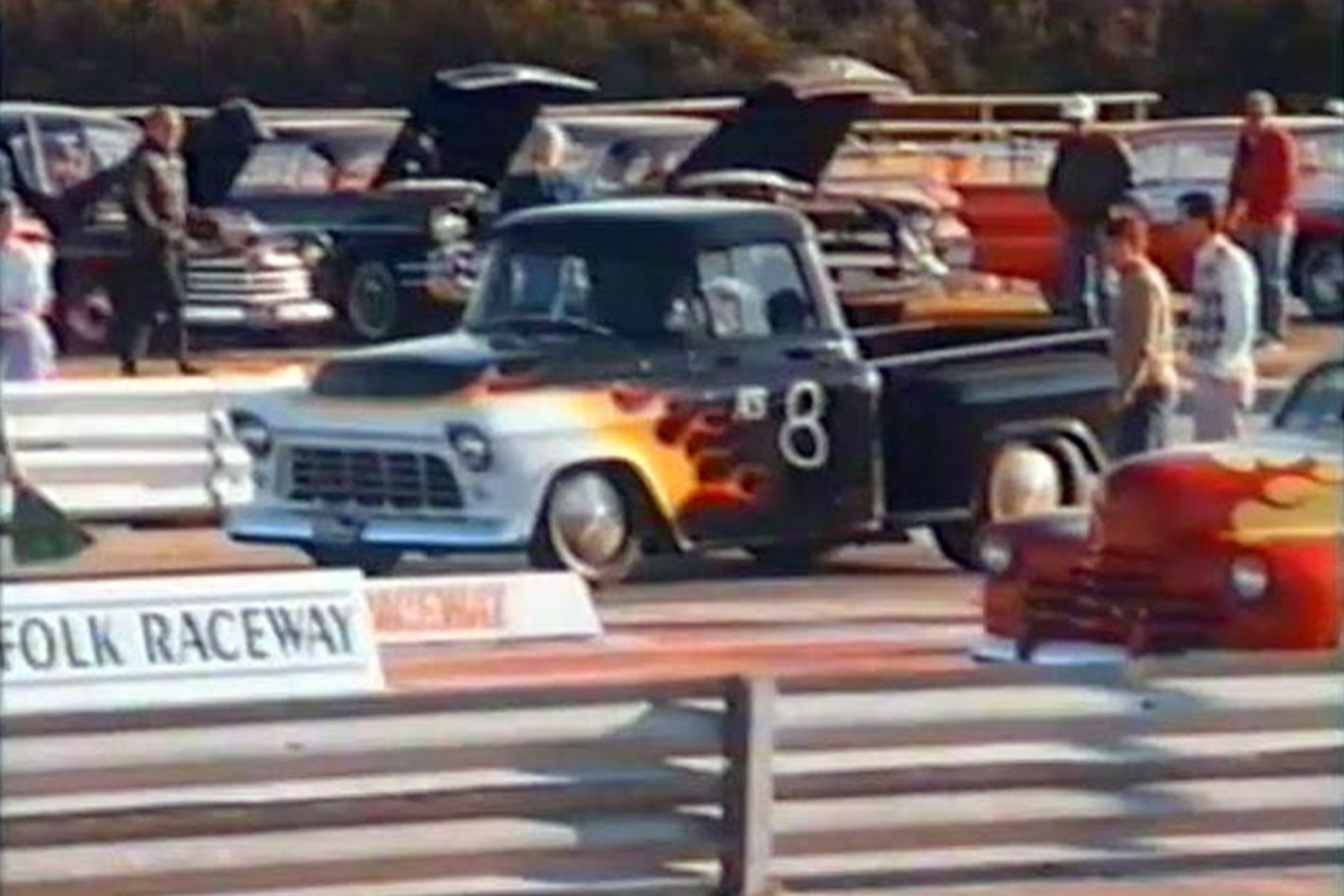 Between vying for Marie’s attentions and run-ins with The Outlaws, Eddie is a tad on edge and keen to show he has the Jatz Crackers to be his own man; what better way than behind the wheel of Ray’s supercharged deuce coupe? He lines up a race with local hothead Link Malone (Dye) and his bad-arse ’55 Chevy, resulting in an unceremonious roll-over that totals the deuce and leaves Eddie licking his wounds.

And so the real journey to manhood begins, as Eddie faces up to his responsibilities and yearns to right a few wrongs with the help of family friend Slick (Hankin), learning the difference between what is important and what is actually necessary.

Deuce Coupe feels like a B-grade version of American Graffiti, but it’s hard not to make that connection when the good guy drives a ’32 coupe, the baddie drives a black ’55, and there’s a blonde in a white T-Bird too. Then there are the cameos from Paul Le Mat – aka John Milner – as the local sheriff and Candy Clark as the boys’ mum to really seal the deal! 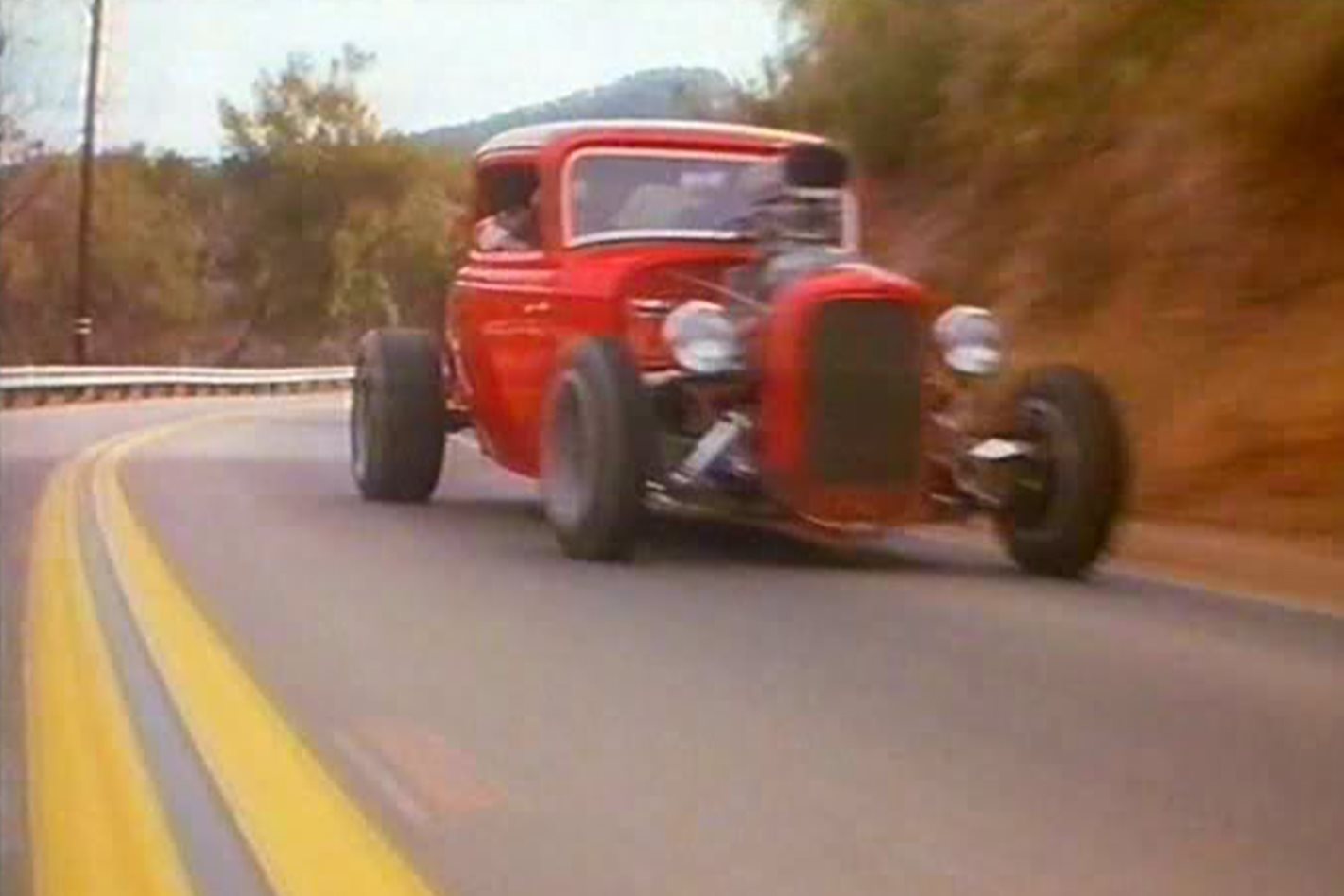 Sometimes being a car person can be a hindrance when watching a flick like Deuce Coupe. It’s easy to pick on the little things or roll your eyes at the big things – like the ‘bonnet release cable’ that actuates magical carb secondaries to create a KITT-like turbo boost. But the filmmakers manage to squeeze a lot of movie out of a measly budget, so I feel we should all be prepared to give credit where it’s due. The acting of The Outlaws cast gets over-dramatic, to the point where it feels like you’re watching a stage version of West Side Story, but perving on their vehicle line-up alone makes Deuce Coupe worth watching. 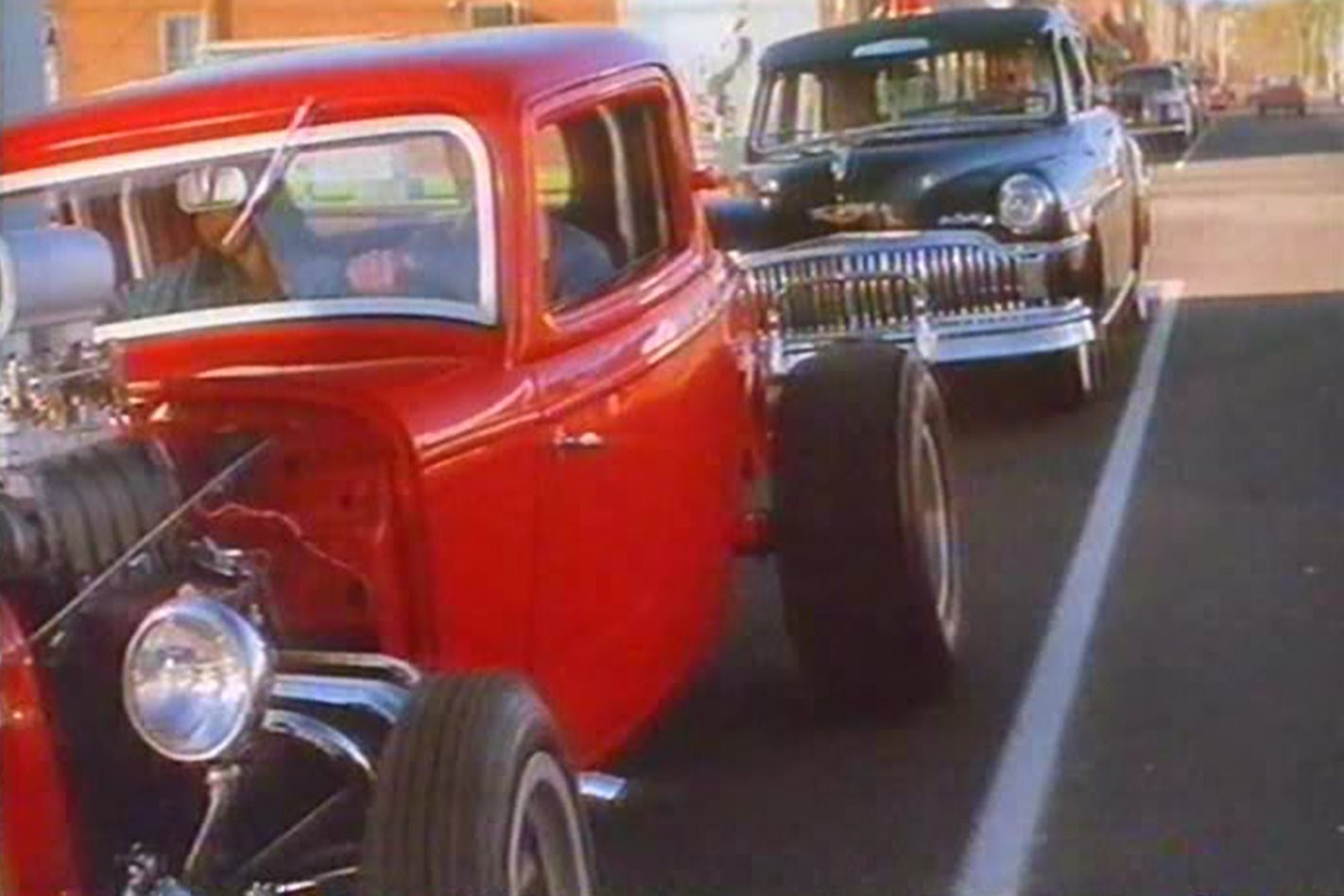 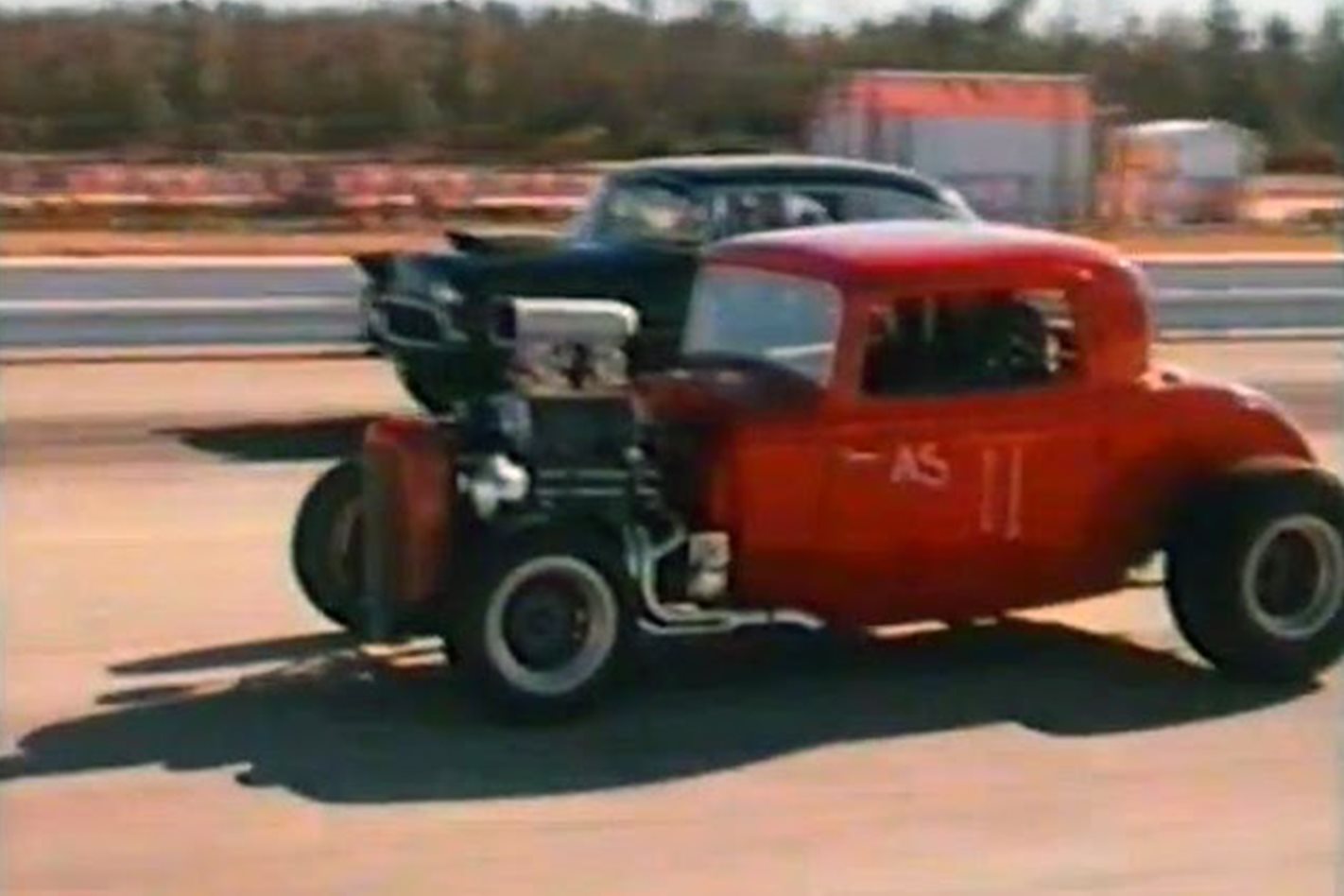 Action:
Some well-staged drag strip action and back-roads street racing do the trick, along with wholesome small-town street cruising.

Plot:
Two brothers bond during the build of a supercharged deuce coupe, but fight for the affections of a local girl.

COOL FLICK FACT:
The ’32 used in the film was built by Flatlanders Hot Rod Shop in Norfolk, Virginia, which is still in business today.