When engineers talk about depth of section, we are referring to the ‘cut-through’ view or section view of a particular shape or style of material being used in a construction; the depth of the section is the longest axis or side of that shape.

If you pick up a piece of timber stud on a building site, you can bend it over your knee if the short side is vertical. But now put the long side (axis) vertical and all that happens is that your knee hurts. There’s no bending that sucker! That’s a simple test that confirms the importance of depth of section.

The most common structural shape in the automotive world is the rectangle. Hot rod chassis are rectangular, and unitary-construction street machines have rectangular subframes holding them together too. Sometimes those rectangular sections are made from ‘top hats’ spot-welded to floorpans, where the floor forms the fourth side of the rectangle. You’ll notice that the long axis of the rectangle is always vertical, to resist bending forces as the vehicle operates on the road. You’ll also notice that the rectangular section of the chassis or subframe reduces in depth towards the front and back of the vehicle. That is because the bending load on the vehicle is heaviest in the middle and lighter on each end – just like a bridge.

Imagine a piece of solid rectangular bar suspended between two trestles with a load placed in the middle. A long time ago a clever scientist realised that when a rectangular section is subject to a bending moment like this, the upper fibres are in compression while the lower fibres see tensile stress. It was found that there was a neutral point in the middle of the section where the fibres saw no stress. This was called the neutral axis (see Table 1). On either side of the neutral axis, the fibres see increasing stress the further from the neutral axis they are.

Then a clever engineer thought it would be a good idea to hollow out the rectangle and get rid of all those fibres that were having a holiday while the outer ones did all the work. The result was called a tube! Today we refer to rectangular tubing as RHS (Rectangular Hollow Section).

The rectangular tube is a very efficient structural member because it resists bending and is good in torsion as well. Take a look at Table 2. I’ve calculated the bending strength and weight of some typical RHS sizes to make the point.

What I’m trying to persuade fabricators to do is to use depth of section to their advantage, not wall thickness. We all know that when we cut away the floor panels of a uni-construction vehicle there is nothing thicker than 2mm in the structure we remove, so why put 3mm, 4mm or even 5mm-thick materials back in there? It’s not smart.

I often see where the vehicle fabricator/modifier has notched a section of chassis or crossmember to allow the exhaust to pass through or for more diff travel under the chassis. They often ask if they can put some vertical gussets inside the chassis to make up for the notch, but that’s just putting back the material that the clever engineers realised was doing nothing. It doesn’t fix the loss of depth. Adding inefficient material might regain 10 per cent of the loss of strength. They might then ask if they can put some fish plates on the outside of the notch to fix it. That solution doesn’t give any more depth to the section either. Fish plates will typically improve the strength result only by 10-15 per cent. The strength of a rectangular section in bending is a depth cubed function, so any loss of depth accentuates the strength reduction.

The best solution is to design the modification so that notching a structural member is not required. The shape of the chassis can be changed in the problem area so that it retains its structural size but provides room for the component requiring that space.

The next best solution is to replace the material that is taken out via the notch and put it on top of the section so that the depth is restored. This is often successfully done on rear suspension notches where the material can disappear inside the body.

Similarly, for round tubes, diameter wins over wall thickness for strength and mass efficiency, but in this case the strength formula in bending is a ‘diameter squared’ function instead of ‘depth cubed’.

Finally, let’s look at the big picture of strength in terms of depth. For a mono-construction car body, the depth of the whole body section is what determines its strength. Taking the front subframe, for example, we know that when we space-frame out the engine compartment the strength of that area is no longer just that of the rectangular main rails; it’s the depth of the whole frame. This fabricated structure is then capable of absorbing much higher engine loads and spreading them to the strong cabin area.

It’s simply smart engineering to use depth of section in designing modifications in order to maximise strength while keeping weight down for performance. 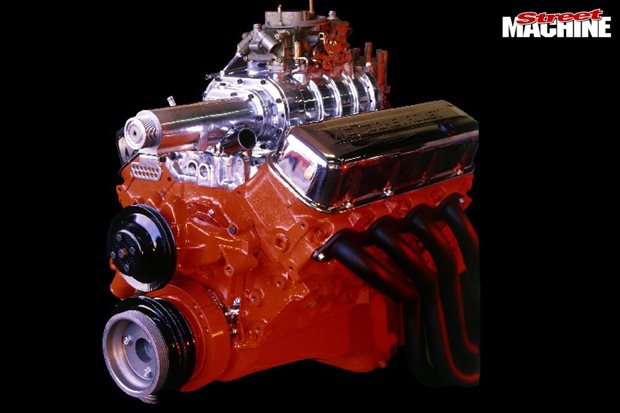