I’VE been working at Street Machine for almost two years now, and in that time I’ve become obsessed with drag racing. In my previous life, I was all about the corners, enjoying a few track days here and there in my girly Mazda MX-5 daily driver. But since clocking on at SM and taking a few trips to Calder Park, I’ve undergone a transformation from the magazine’s resident hairdresser to an avowed disciple of old-school, straight-line speed.

I quickly decided that I needed to build a fast street car. Having never had a ‘project car’ – aka money pit – before, I had no idea what I was in for.

After I’d perused Gumtree (as you do) for a few months with no luck, my old man came to me one day and said he’d found a car. Yeah right, Dad – what is it, a Nissan Cube? Nope, it ended up being a pretty straight red VL Commodore SL that an old bloke at his work was selling. He’d owned it since new and it had been his daily driver for 30 years. He just wanted to get rid of it, as he’d already got his new wheels – a brand-spankin’ Porsche SUV. How’s that for an upgrade? 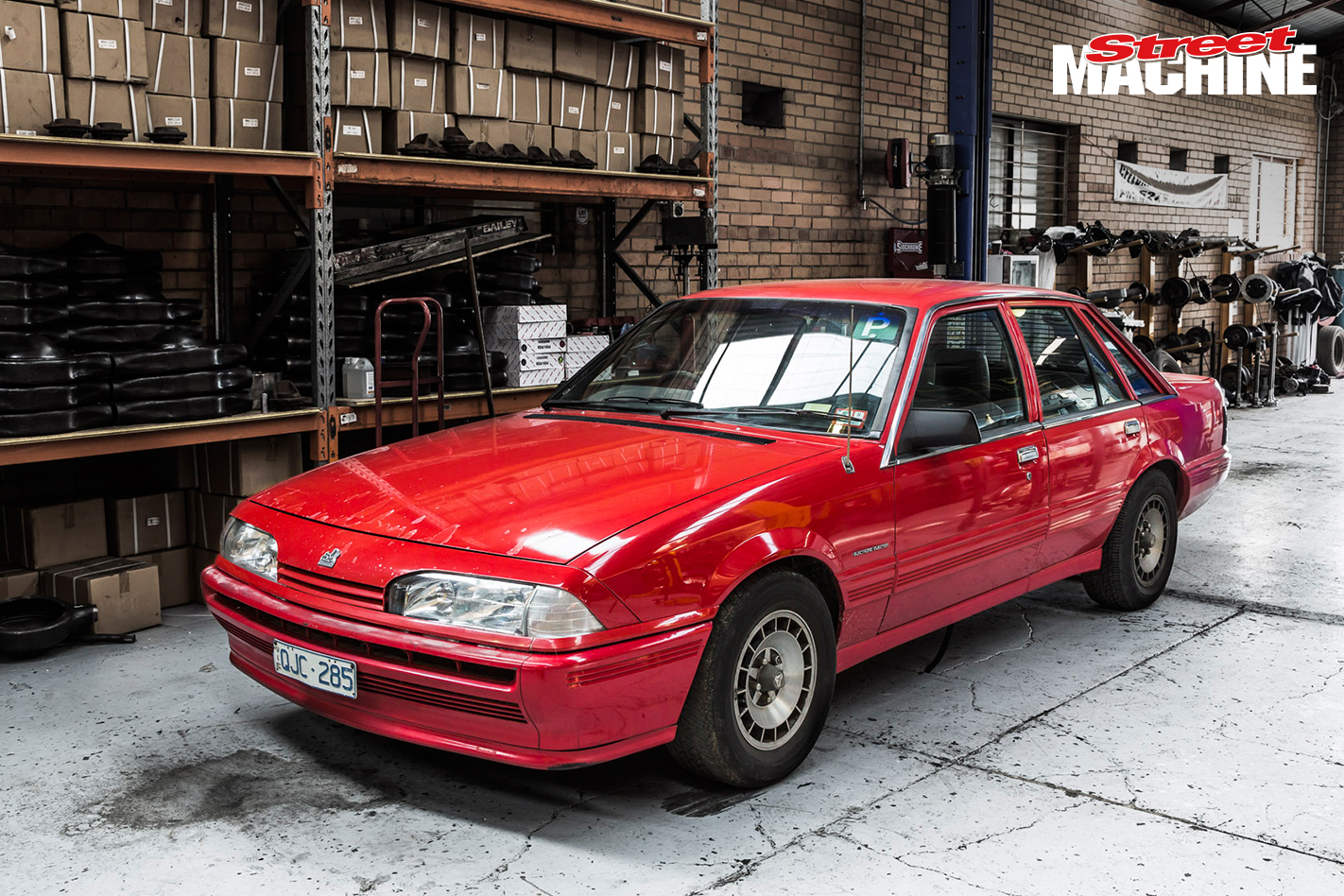 Long story short, I did some very ill-informed research and figured I could make a heap of power out of the standard RB30 six-cylinder by strapping on a turbo. Fifteen hundred dollars later, the car was mine, and with six months’ rego too – you beauty.

The plan initially was to do a very mild set-up for Drag Challenge 2016, with a Garrett GT35 turbo on the standard engine and R33 Skyline manual ’box. If you’ve been following along on our Facebook page, you’ll know that the project has spiralled madly out of control, where I’m now getting a forged engine built by the boys at Powerhouse Engines. Anyhow, shortly after I got the car last August, I started collecting parts and had the boys at Geelong Diffs work their magic on the rear end, as the 25-spline factory single-spinner diff wasn’t going to cut it for racing. 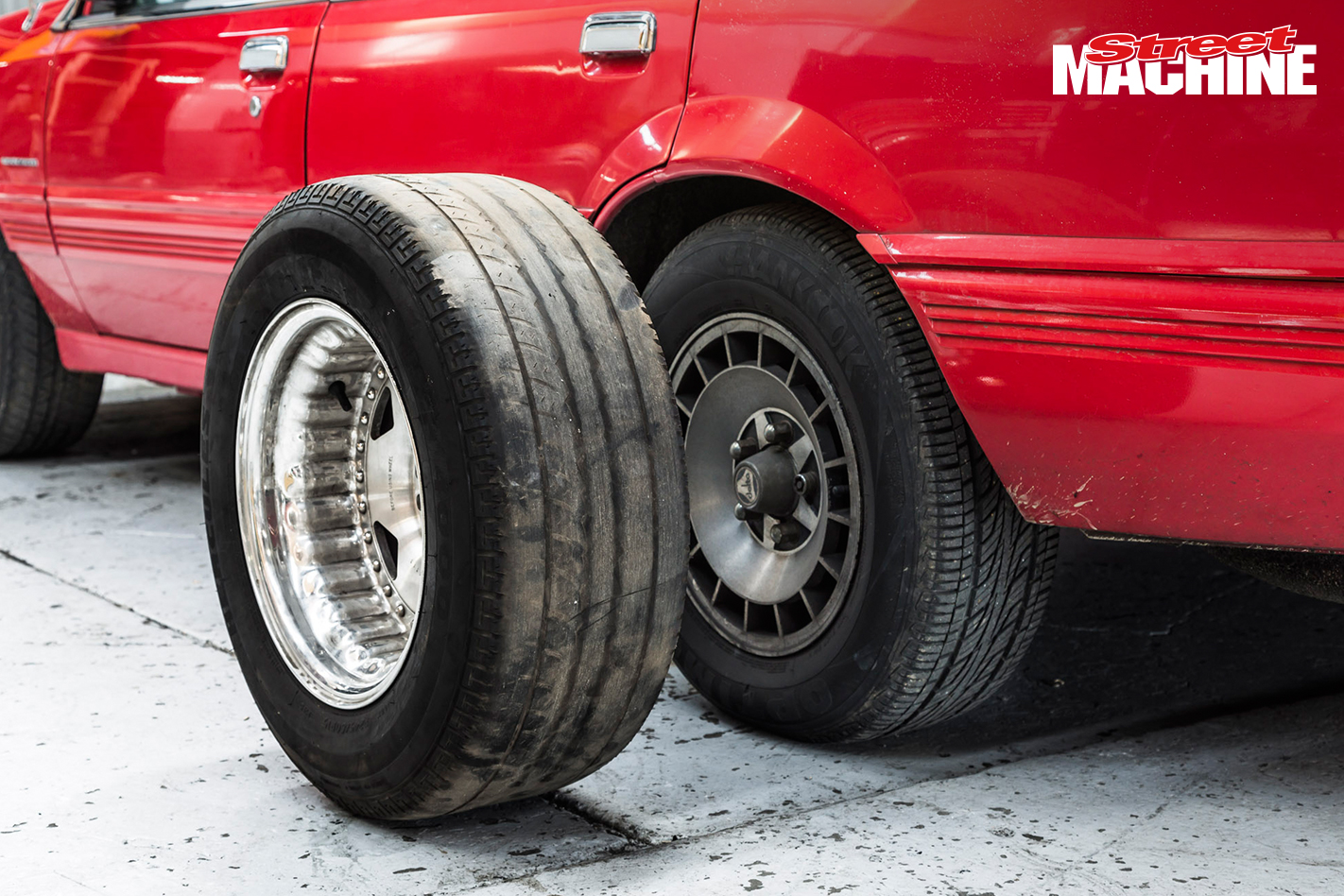 In the interests of saving cashola, and because my plans at the time didn’t include a forged motor, we decided to spruce up the existing BorgWarner set-up rather than stuffing a nine-inch under the car. I think it’ll work really well though, because these Borgy units are pretty tough. There are guys running nines on them no problem, and Matt at Geelong Diffs is confident she’ll cop 700rwhp with no dramas. 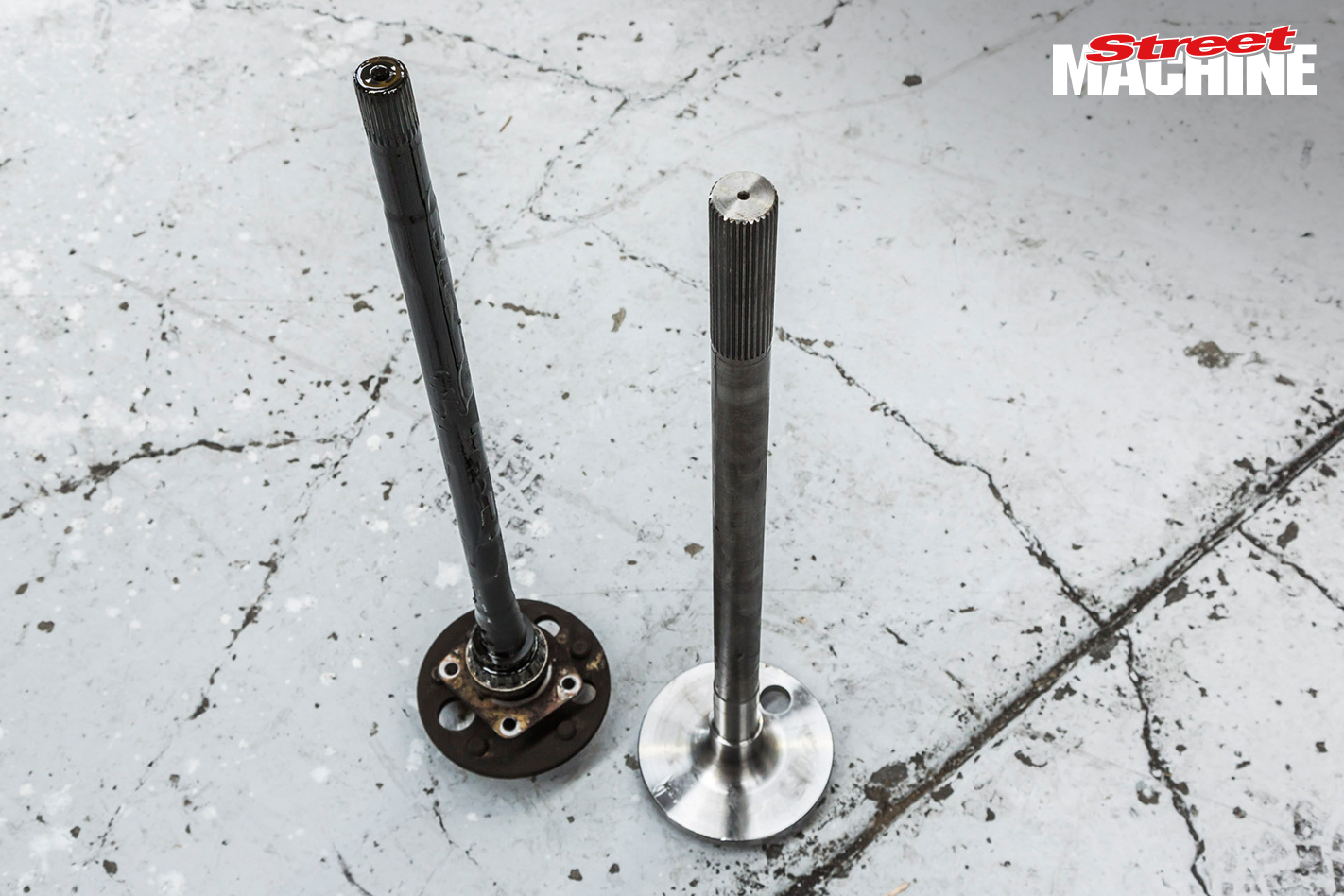 Original VL Turbos came from the factory with a 28-spline BorgWarner diff, but the base SL aspirated car only had 25 splines (left), which look like twigs next to the new 31-spline axle (right) that Geelong Diffs installed

At the time I was also going to have a manual gearbox, so we put a limited-slip centre in it with a set of 31-spline axles. I also wanted to drive it on the street a lot, so we decided against using a spool, but with the LSD done up tight we’re confident it will still leave clean and straight off the transbrake. We kept the standard 3.45 diff gears for now – once we hit the track and see where we’re at with times we might swap them out for a different ratio. 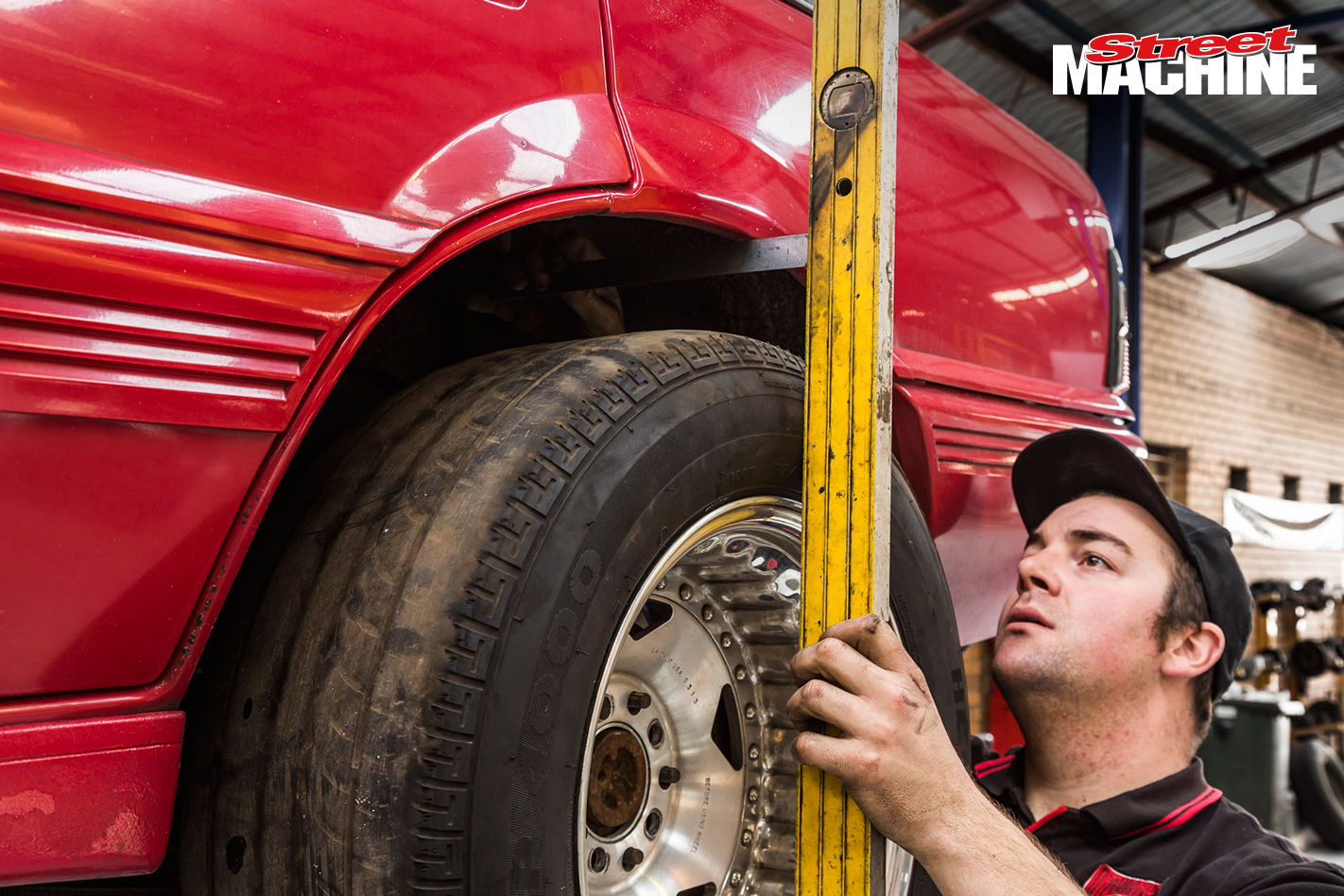 First item on the agenda is removing the old 80s-style wheels. I wanted to shorten up the housing so I could fit some big-offset 15in drag-style wheels under the rear, though I was yet to buy the exact wheels I wanted. Luckily Geelong Diffs had a set of Convo Pros handy. Here, Matt slides them onto my standard rear end – clearly they hang out a bit, but this gives a good indication of how much to lob off either end of the diff 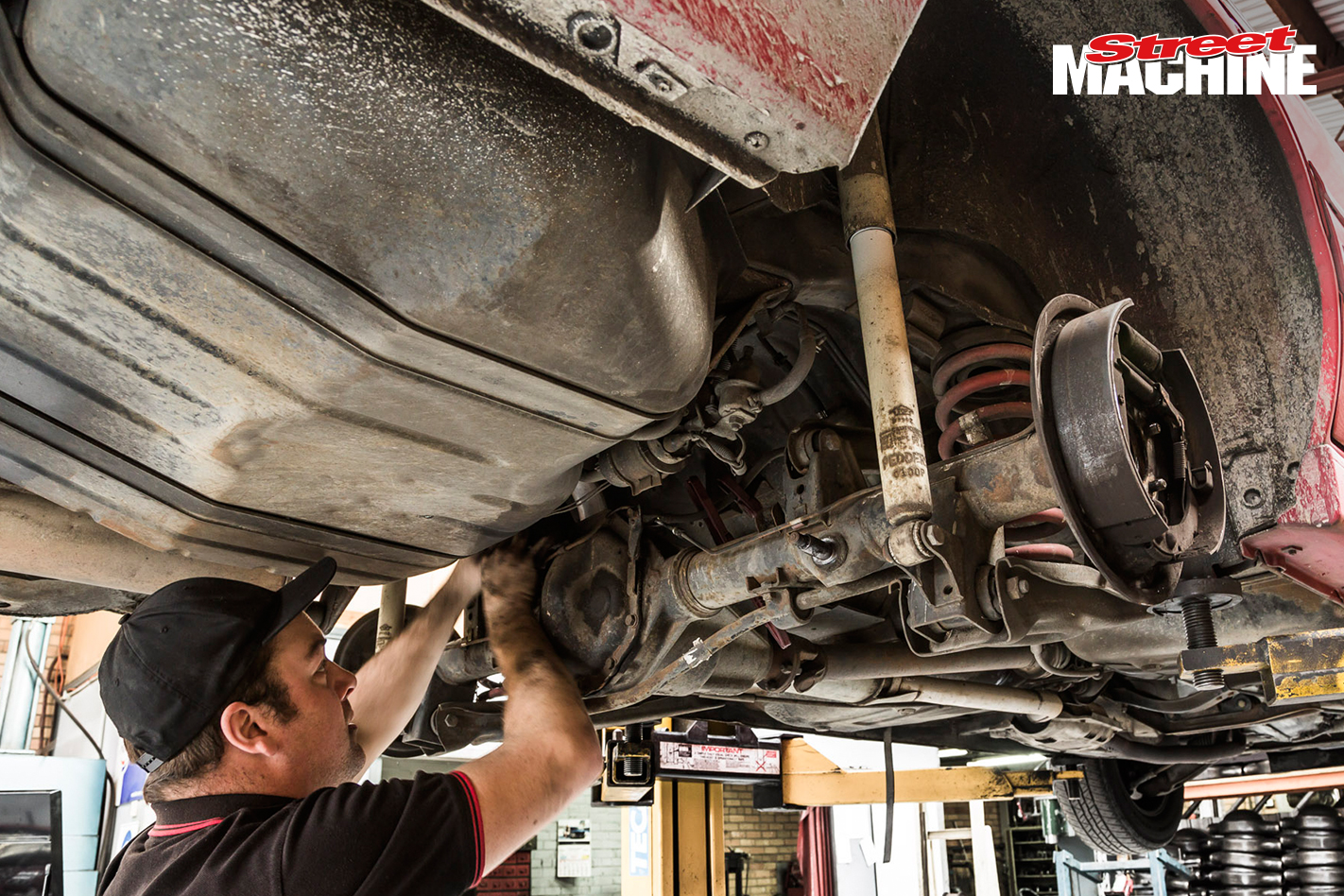 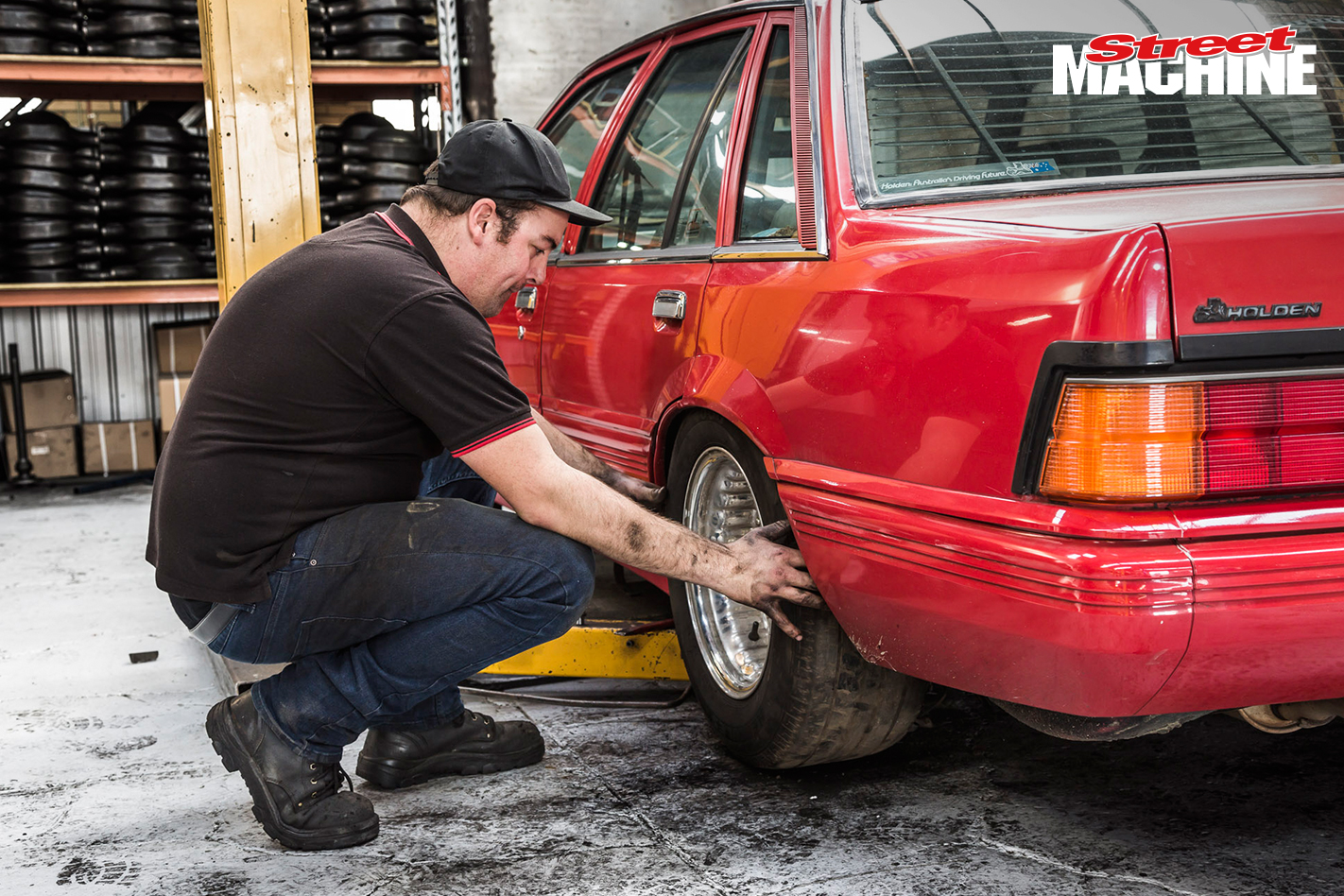 With the diff removed, the body is lowered on the hoist over the Convos. The gap between the wheels is measured, so Matt knows exactly how much to trim off either end of the diff 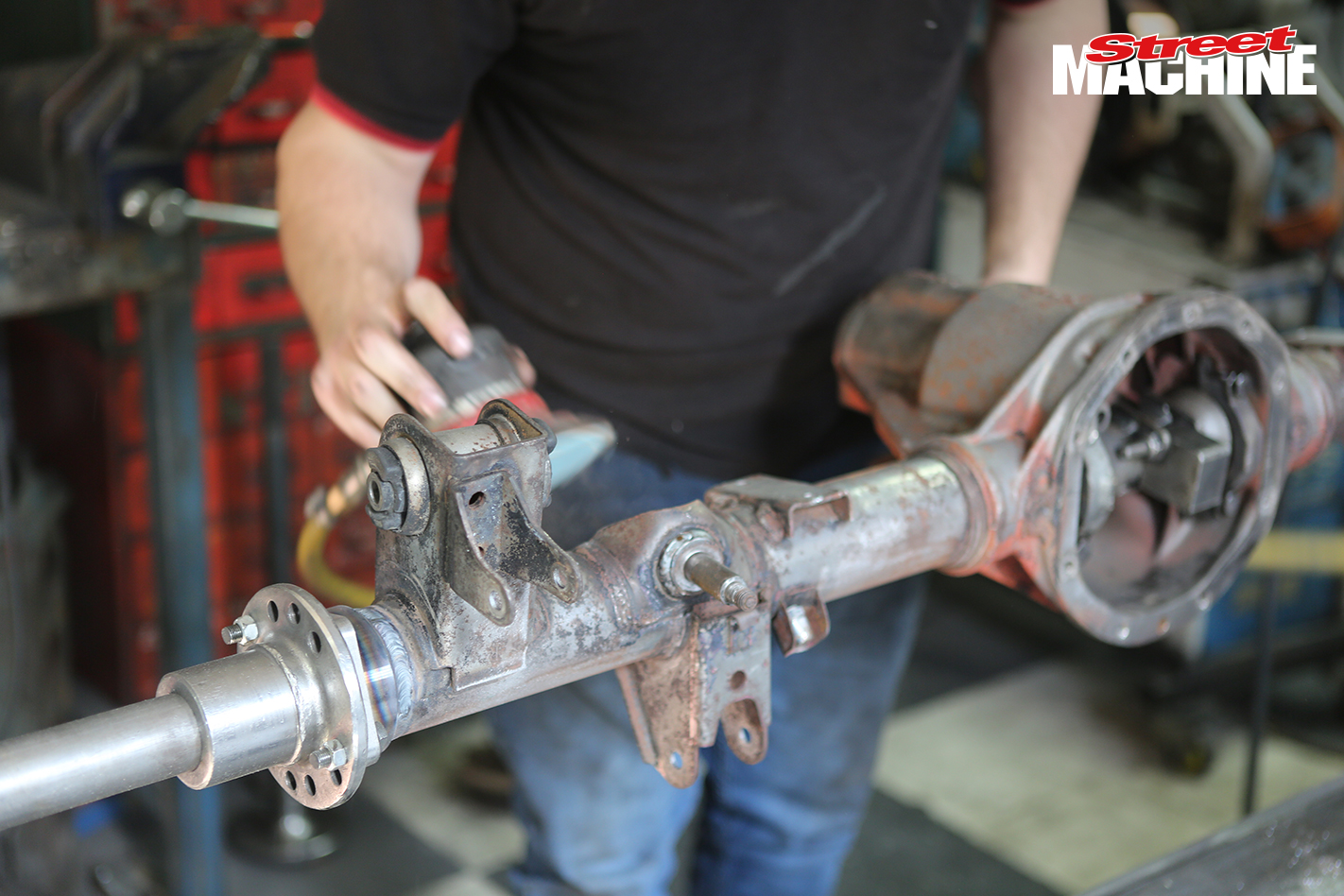 You can take as much as you want off the housing, but you can’t put it back on! Matt chops off about 85mm from each side of the diff so the Convos will fit. Without relocating the lower control arms and their associated bracketry inwards, this is about as much as you can take off a Borgy diff 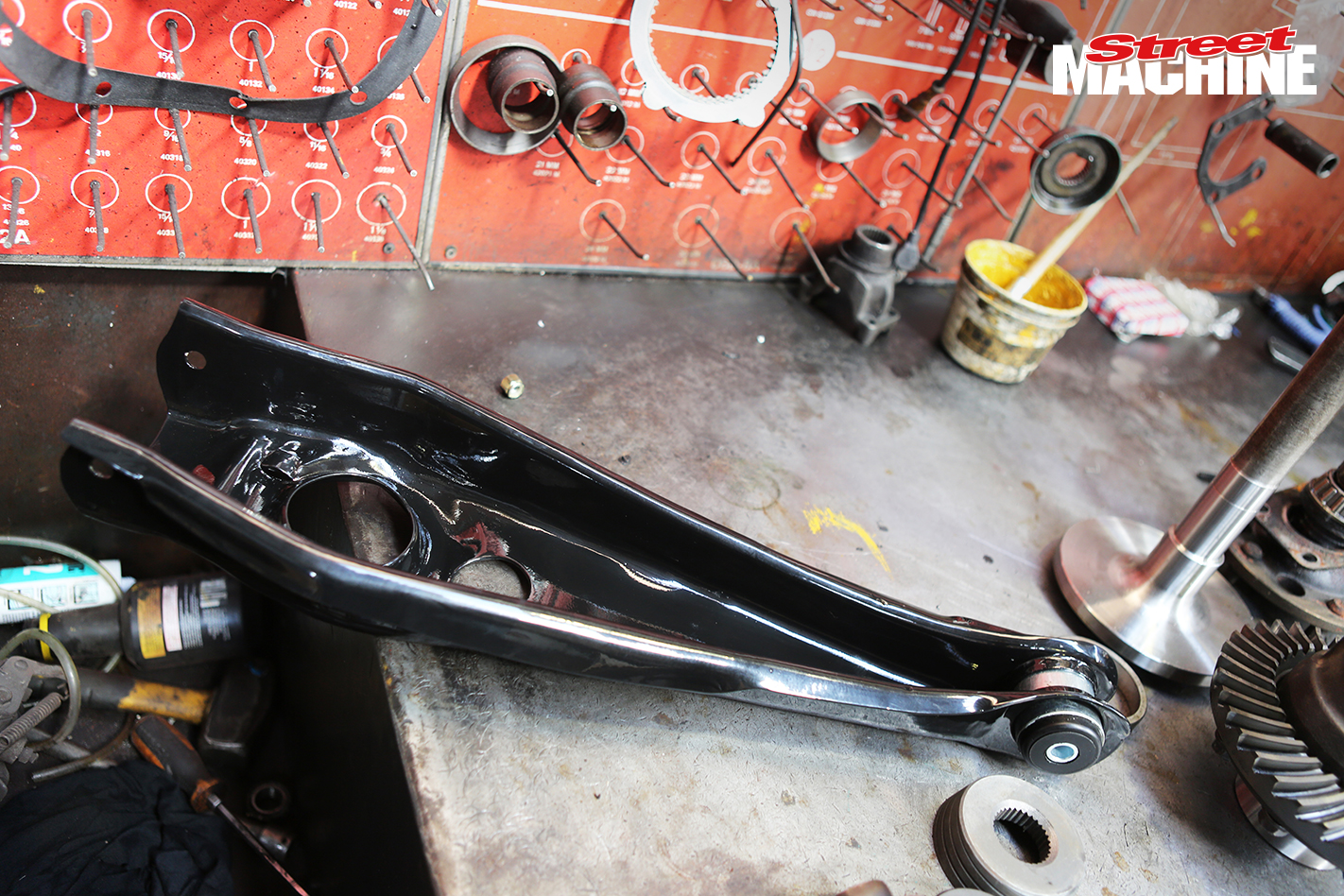 The bushings in the lower control arms were absolutely buggered, to the point where it was genuinely dangerous to be driving on them. So we grabbed a set of shiny new control arms with bushes (as they were only slightly more expensive than buying the bushes alone) and cut them up 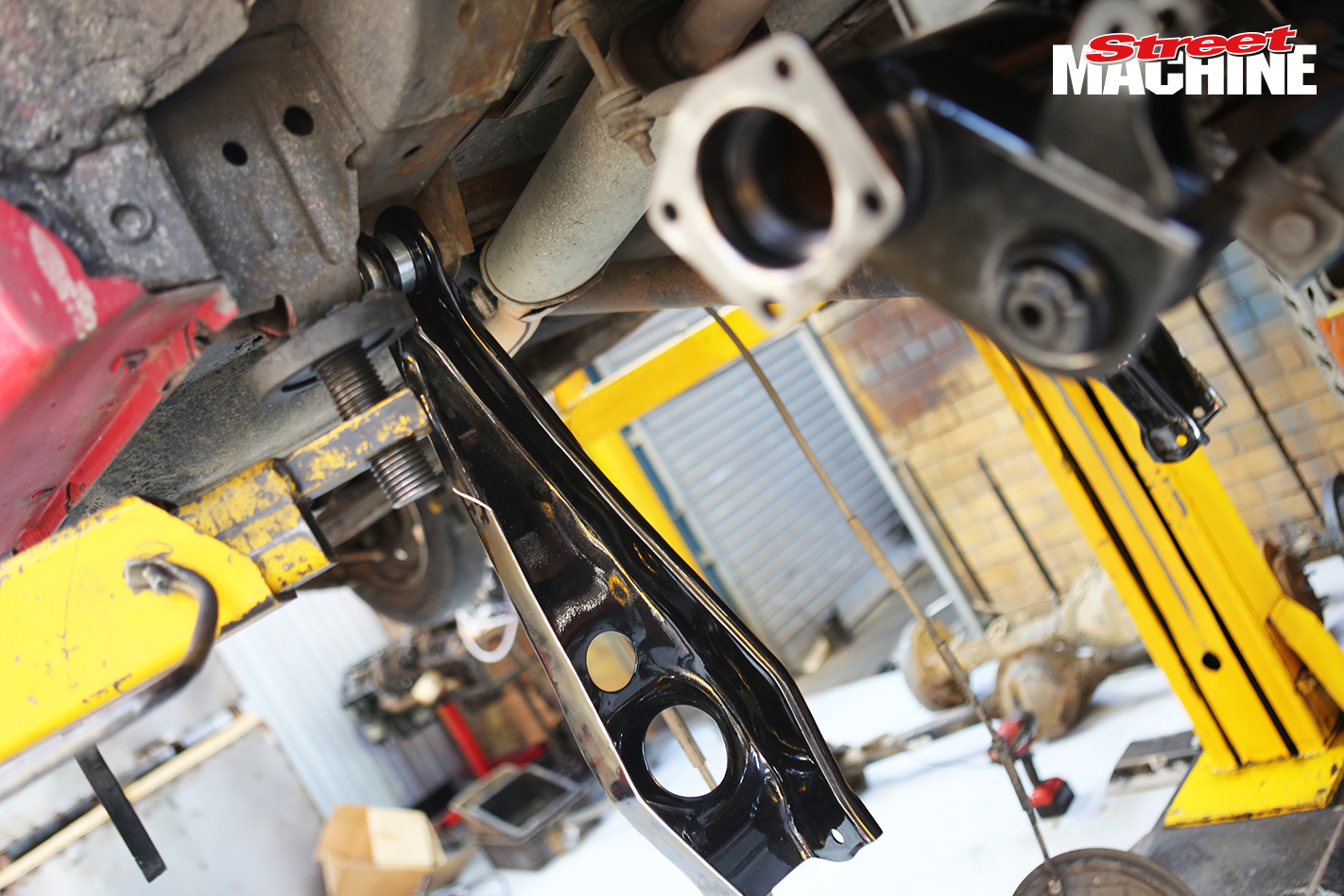 In order to fit the big wheels and tyres, the outer edge of the control arm has to be trimmed down, but some lip is kept to maintain the strength of the part. I can now squeeze a 255/60 ET Street under the rear with minimal rubbing. I still want to tub the rear end eventually, though 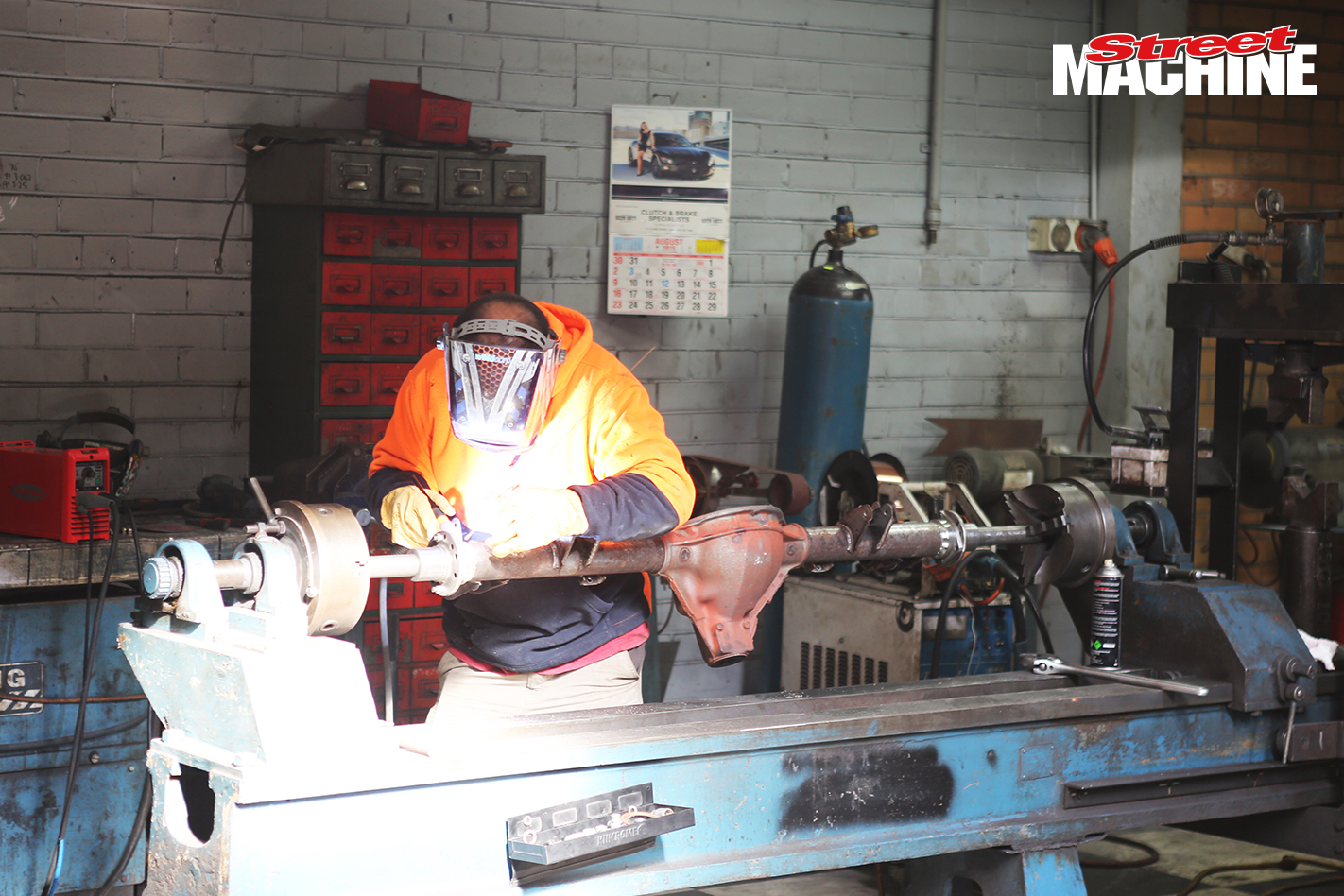 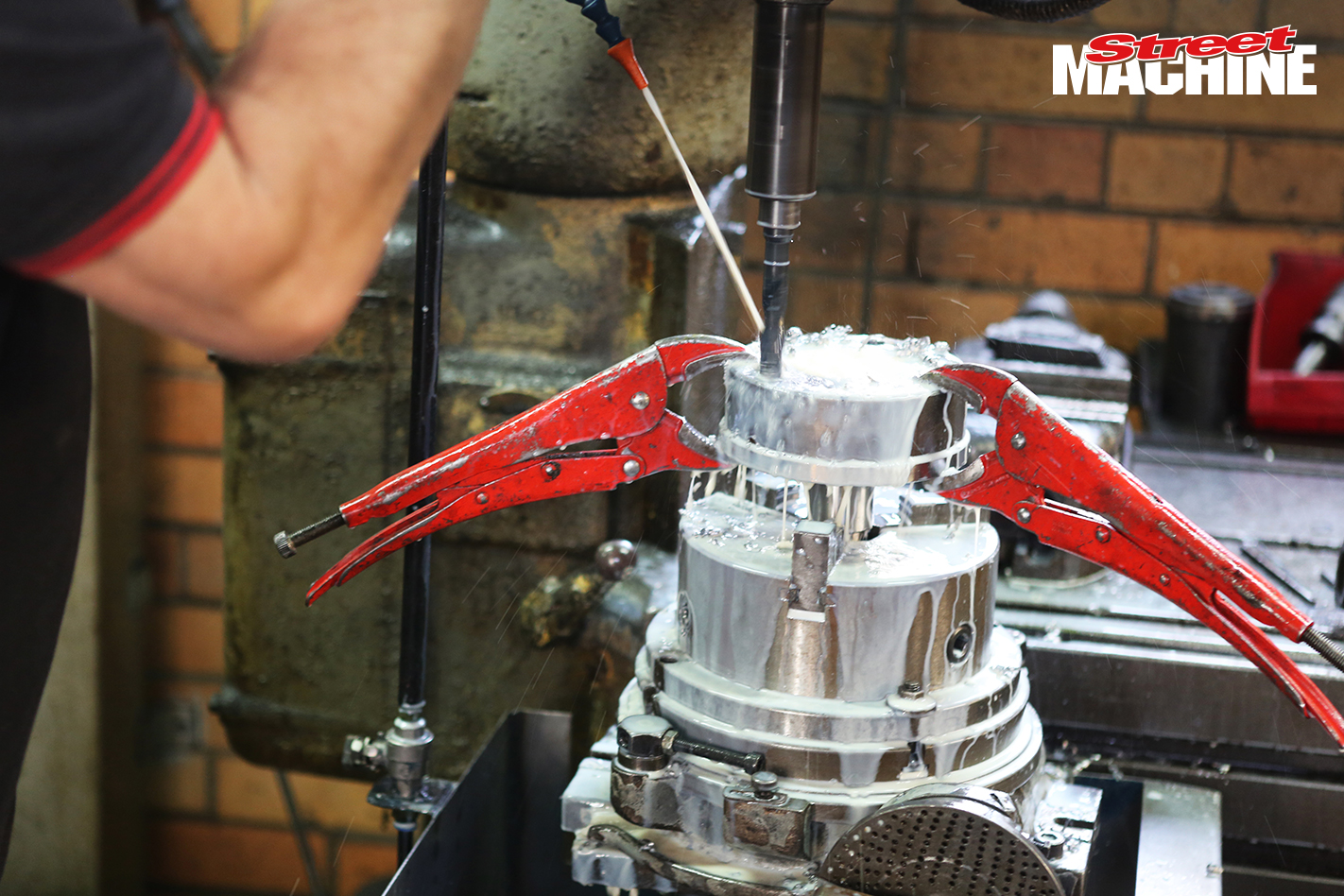 My new 31-spline Geelong Differentials axles are drilled with a HQ/Chev bolt pattern and the wheel studs screwed in. The axles are then test-fitted to the shortened differential and the boys lob a few mil off the spline ends to ensure they match the shortened housing 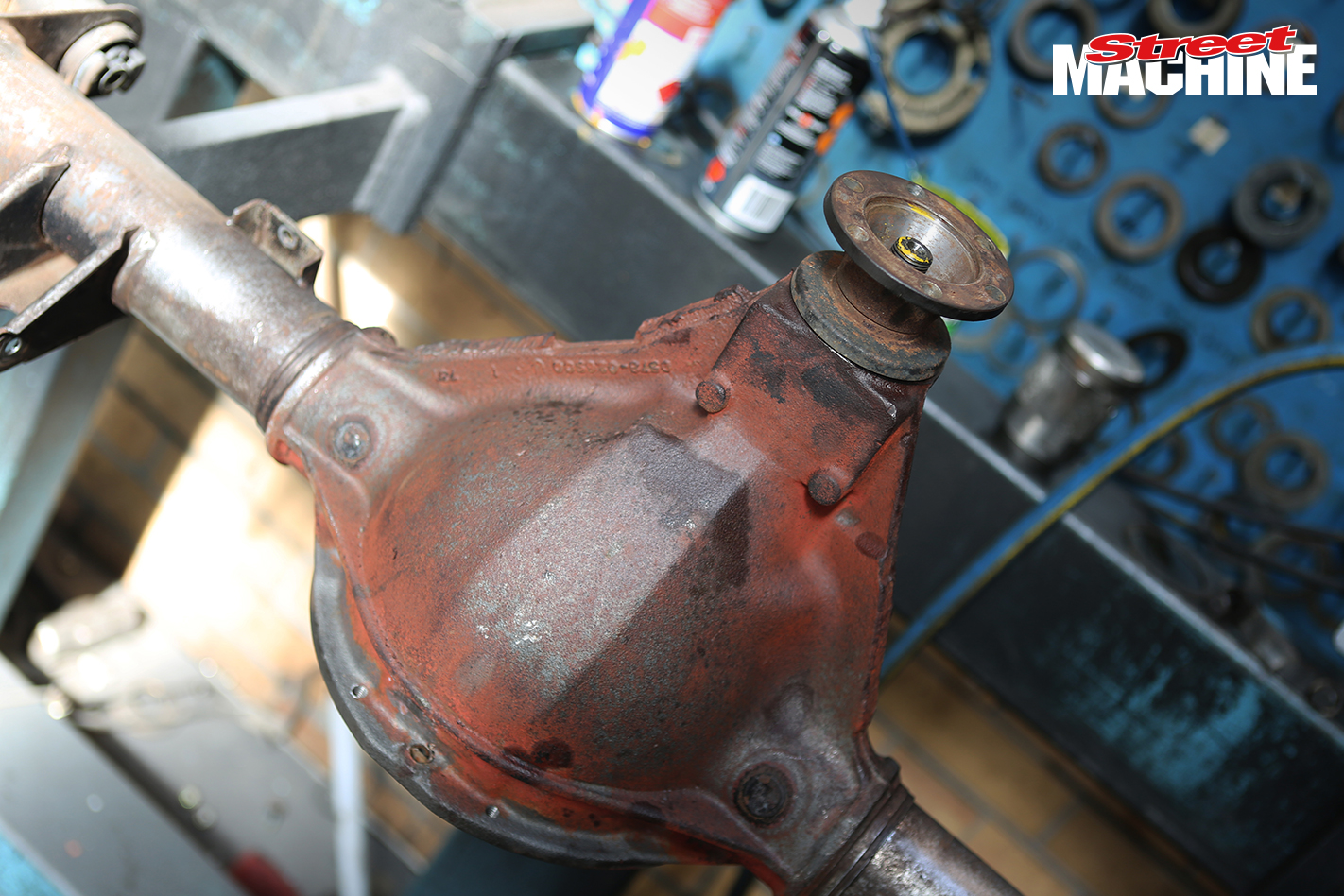 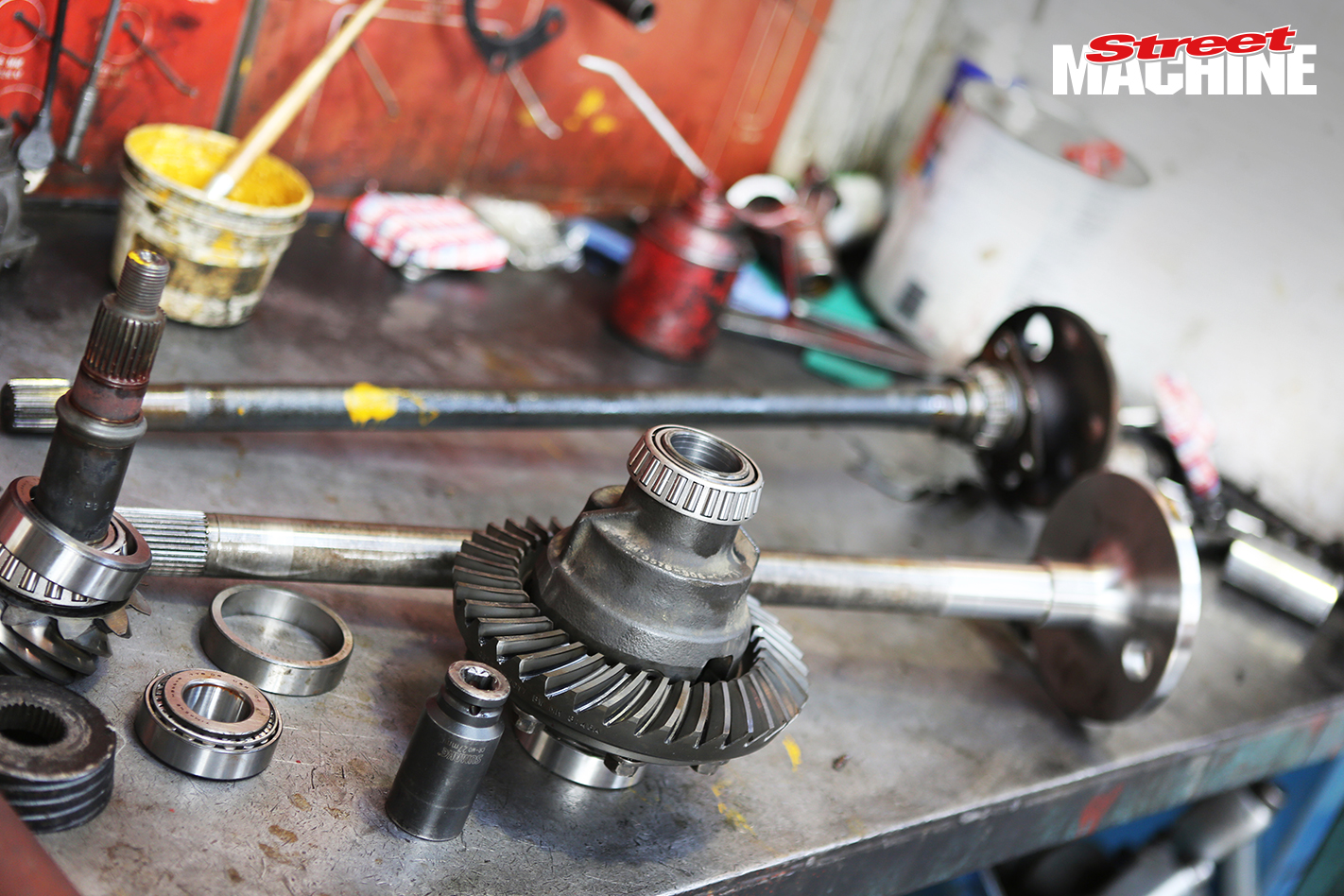 No more single-pegger burnouts for me! Here’s the limited-slip centre we’re using – if one wheel loses traction, it will seamlessly shift power across to the wheel with the most grip. It should be perfect for the street-and-strip use I’m planning for the car 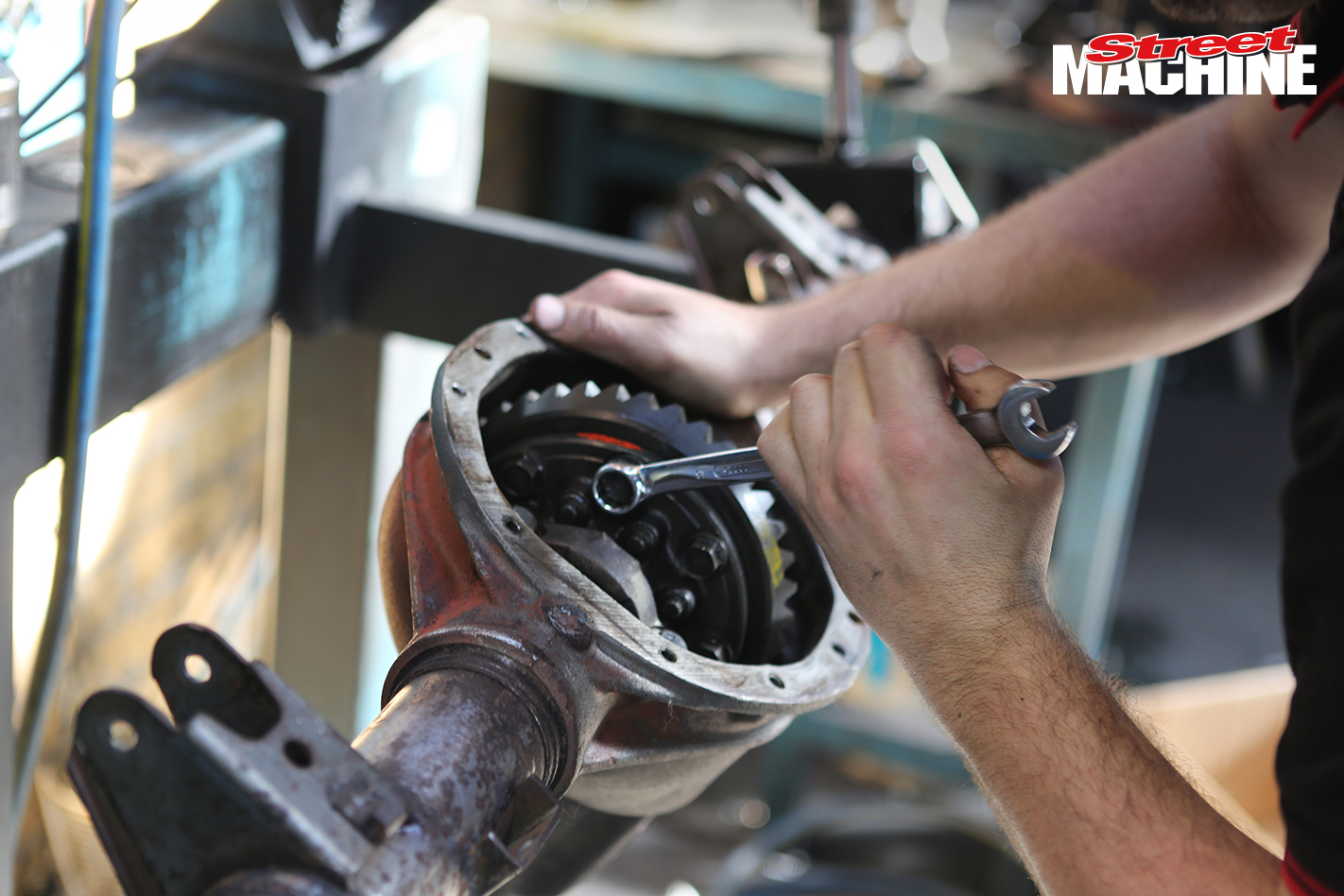 The new bearings and limited-slip gearset goes into the diff housing and Matt sets it up with between 6 and 8thou of backlash. We make sure there is a good contact pattern between the gearsets and we’re ready to rock ’n’ roll. We’ve kept our standard VL 3.45:1 diff gears for now; we might swap them for something else once we get to the track and see how times are 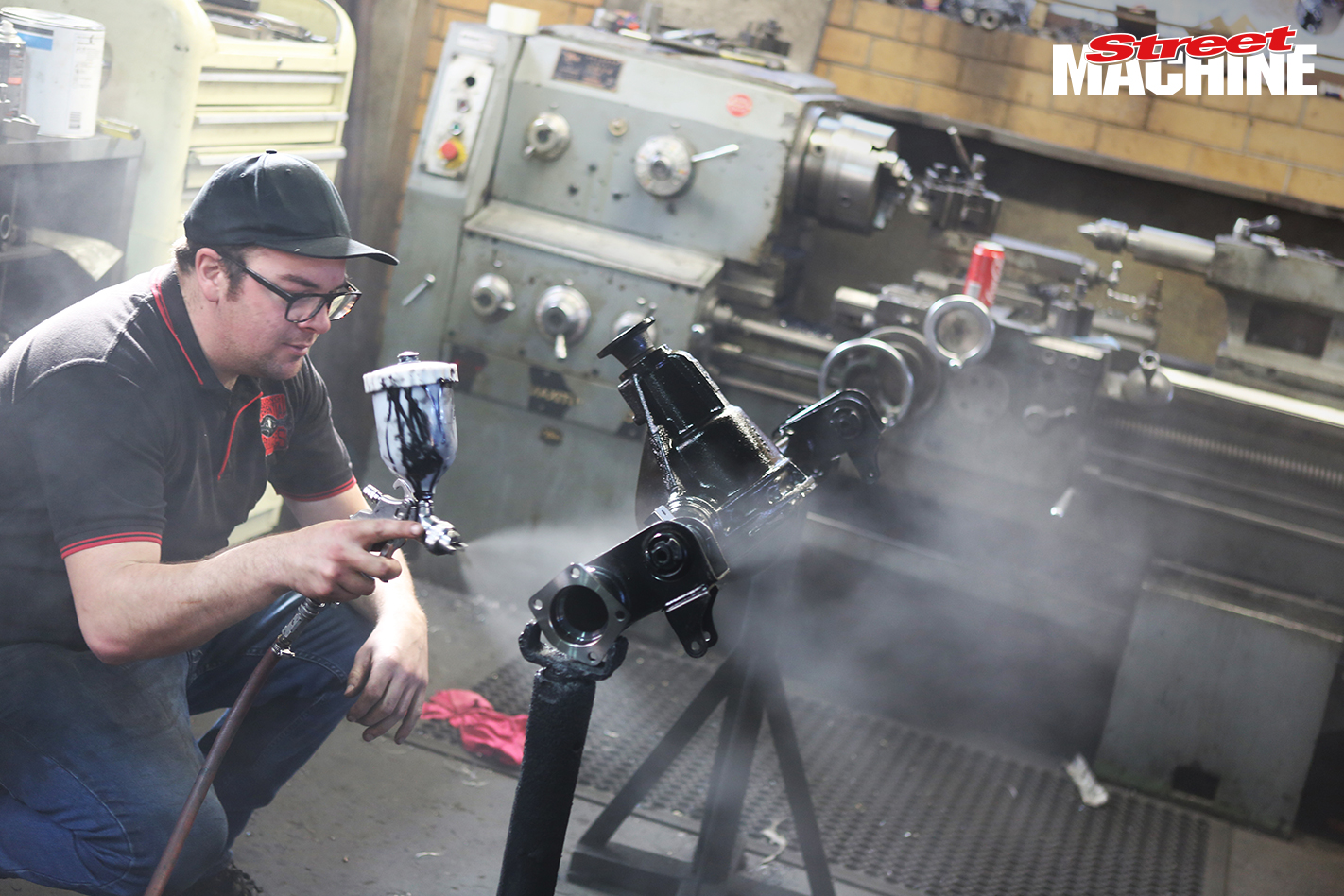 Matt gives the diff a fresh lick of paint, so now it looks brand new! 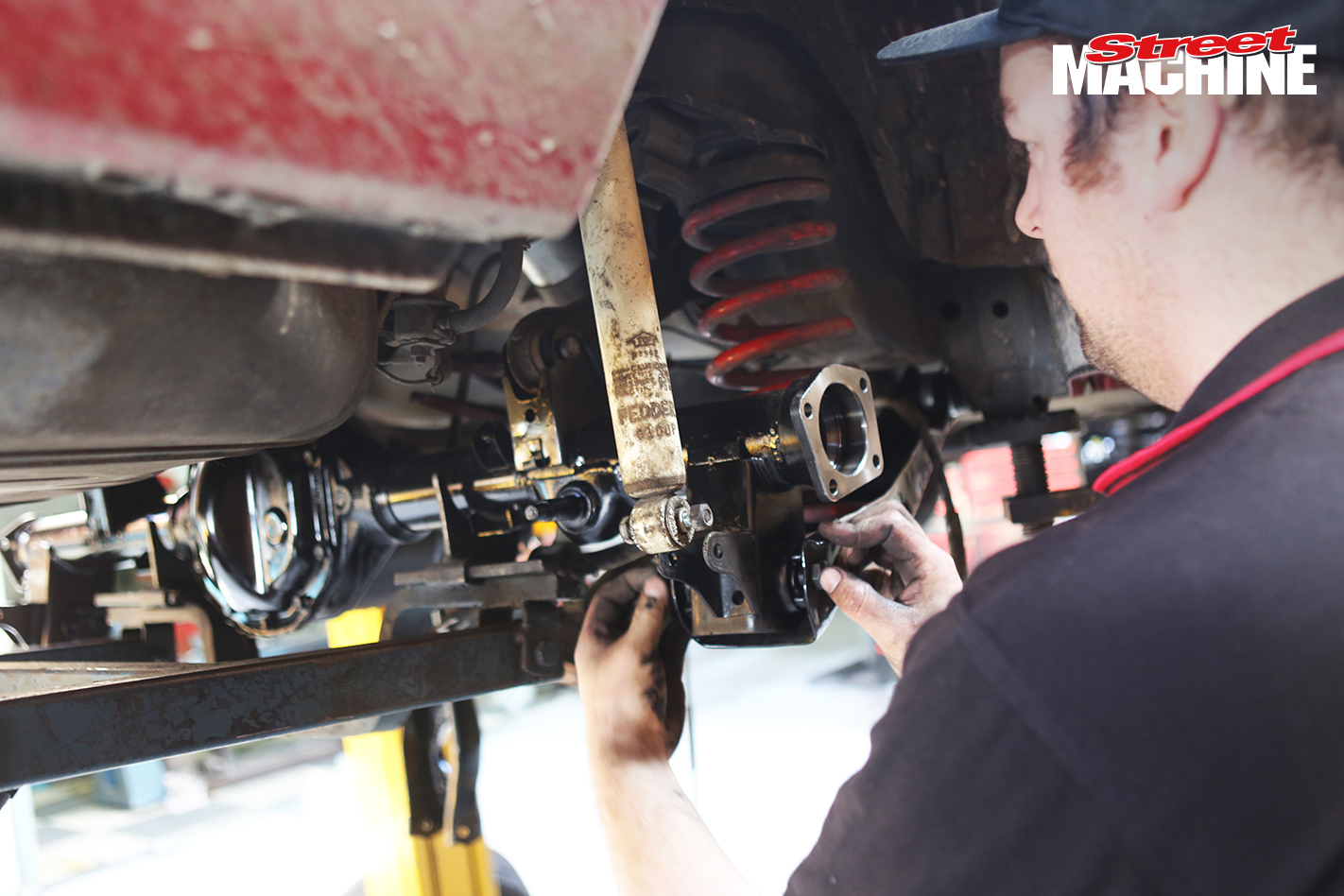 The diff goes back in the car with the new control arms. With the shortened housing, my original wheels would no longer fit so I ended up buying the set of Convos – I reckon they look great, but I think a set of Weld V-Series rims are in the VL’s future. When I get home I’ll need to swap out the 30-year-old Pedders shocks and upgrade to an adjustable rear Panhard bar so I can get the diff centralised to minimise rubbing and maximise performance 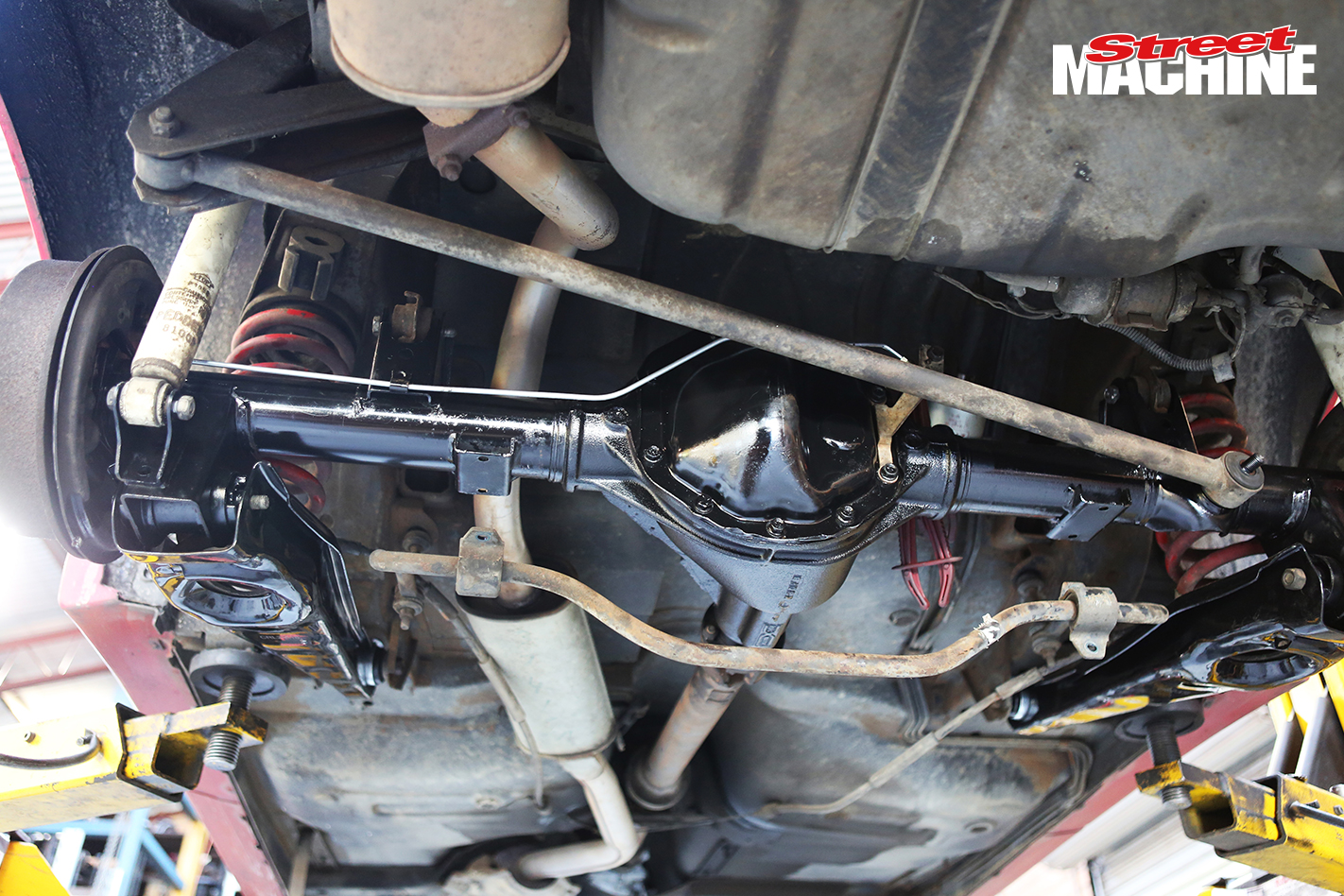 New brake lines are installed for the rear drums. All that’s left to do is bleed the system, put some oil in the diff and hit the road! 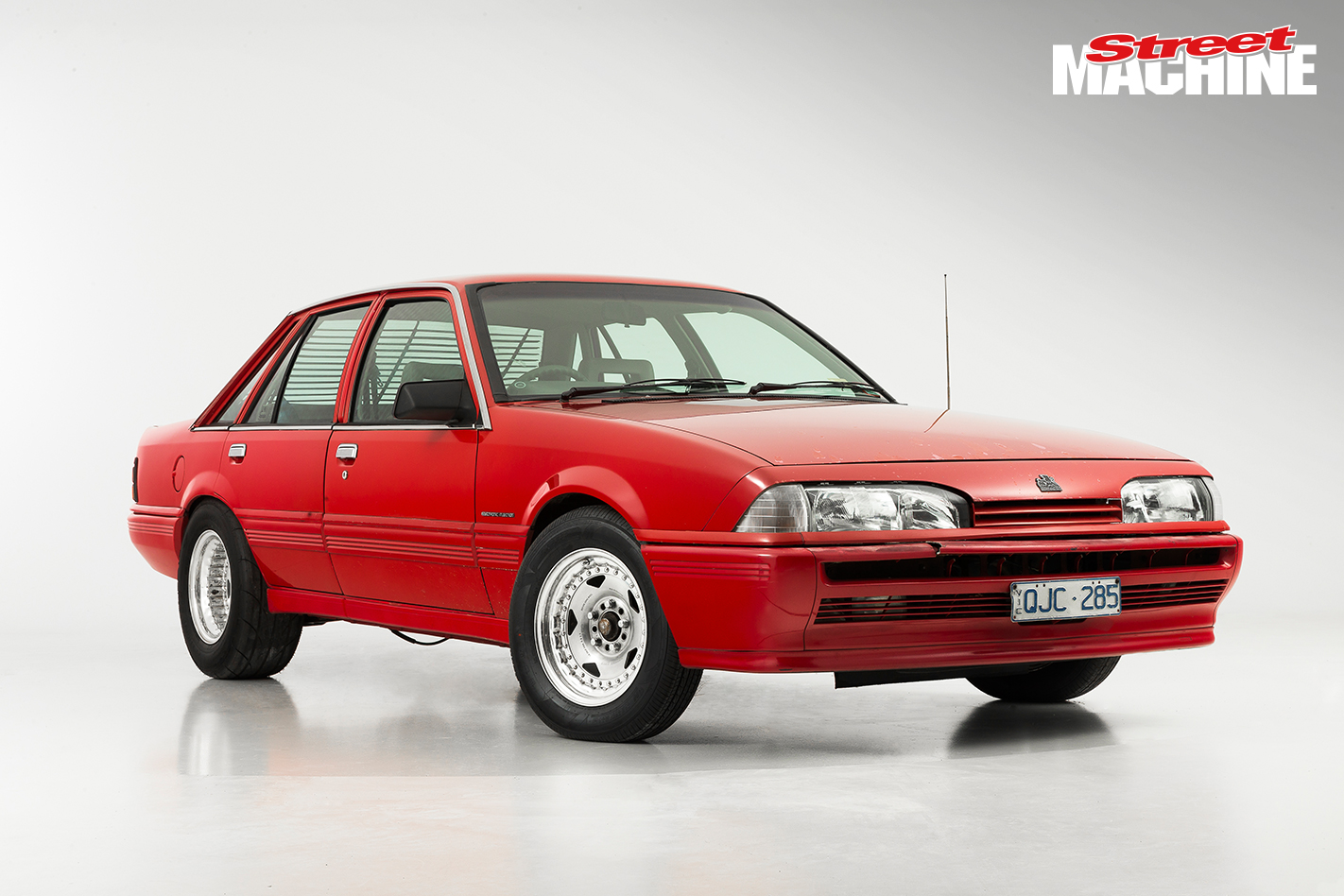 This is the finished product with 255/60 Mickey Thompson ET Street tyres, as opposed to the 245s I left Geelong Diffs on. I reckon it needs to sit a bit lower in the rear, but with standard wheel tubs that’ll cause all kinds of rubbing issues 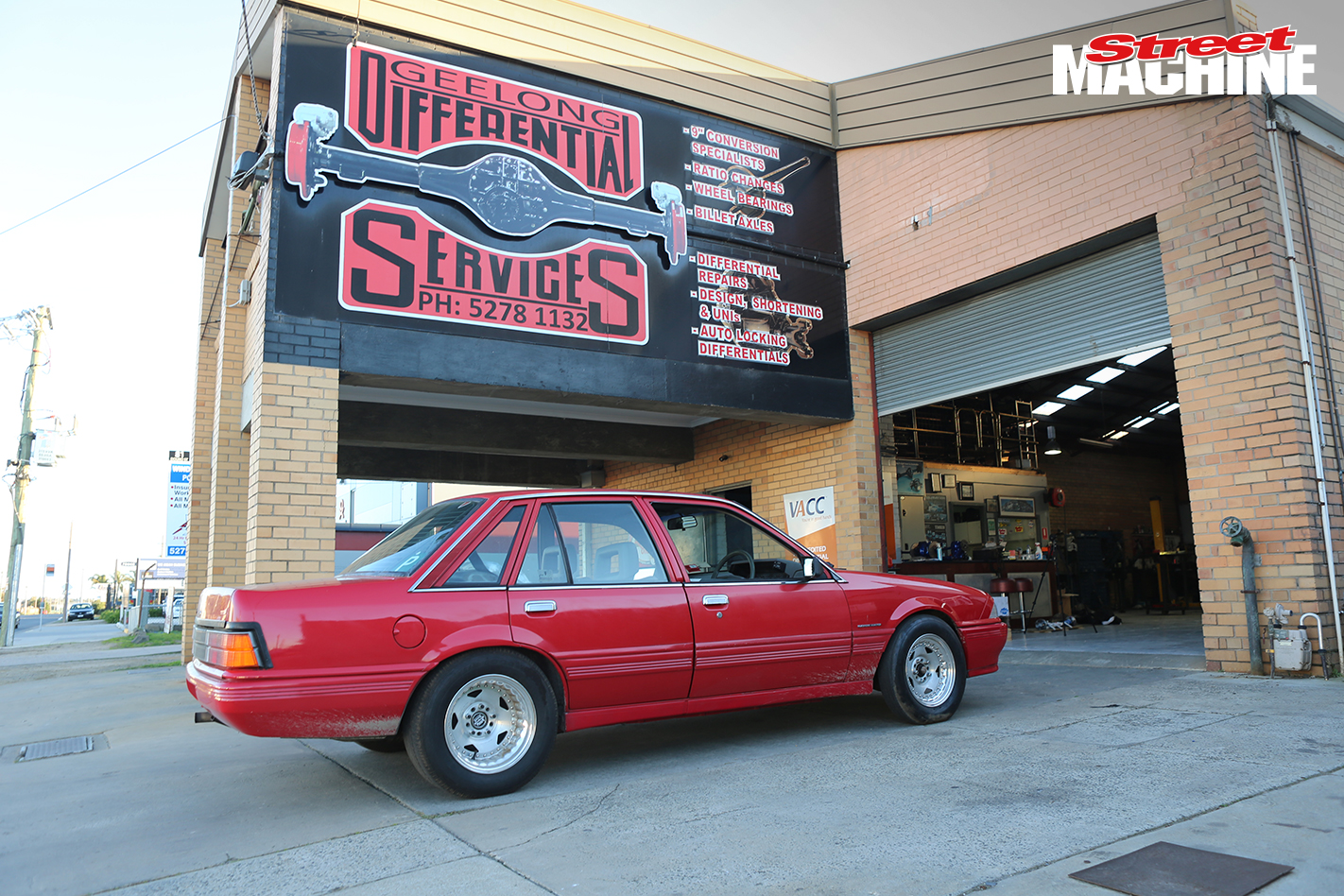 BIG thanks to Matt and Andrew at Geelong Differentials for their help on this one. They’ve worked on some of the toughest cars in the scene and are the experts when it comes to setting up diffs for tough street-and-strip machines. Give 'em a call on (03) 5278 1132 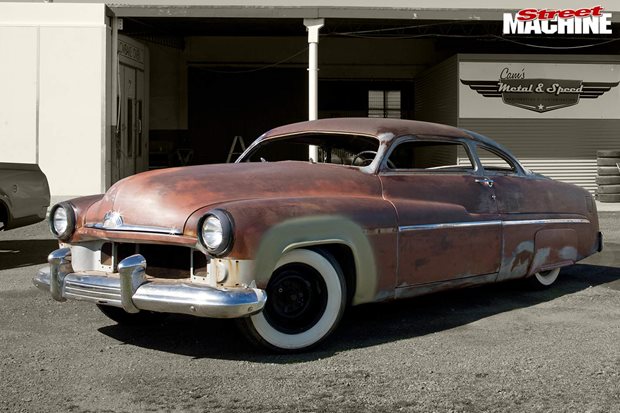