CHILDHOOD memories of driving around paddocks in an FC ute pushed Glenn Profilio to commission Down Town Kustoms in Taree to build him one of his own he could treasure. But while Glenn loved the FC’s old-school looks, he wanted it to drive and feel as if Holden had built it in 2015.

Graeme Brewer and the DTK lads took to this brief with gusto, remaking almost every aspect of a running, driving FC ute and delivering a one-off machine now known as Refined. The aim wasn’t to go troppo with any one aspect, but to have balance and symmetry between ride, power, handling and appearance. Most of all, it had to be practical. 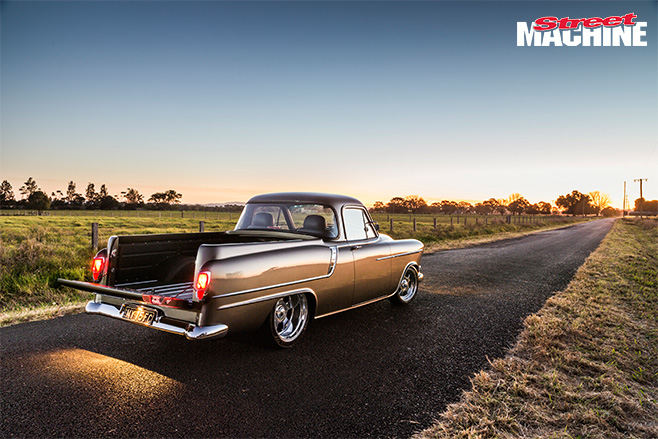 Out of the entire shell only a small section of the original roof remains, with every other piece hand-made from new or modified original tin. The headlight buckets have been sharpened up and the trim rings customised, the bumpers shaved and tucked, the tailgate made from scratch with a modern latching mechanism and the guards fettled to fit the 16- and 18-inch billet wheels. 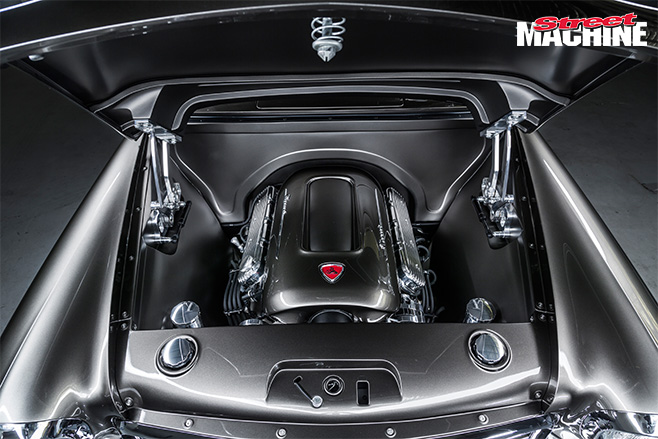 Down Town Kustoms started with a blank sheet for the ute’s engine bay, hand-making the swaged firewall, inner guards and smoothed radiator panel, for a more modern and slick finish. The finned rocker covers add a vintage touch to the modern LS3 V8, though it’s all perfectly serviceable thanks to the radiator overflow and washer bottle filler caps on the hand-made radiator panel. The coil packs and the brake booster have also been hidden to provide a cleaner appearance. 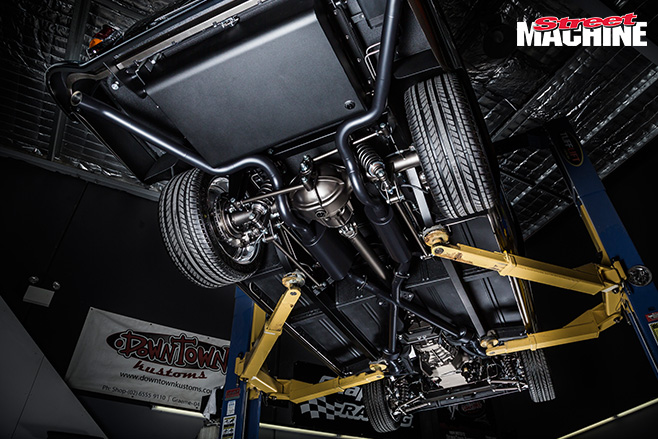 The DTK boys TIG-welded the entire exhaust system, but did it without using any filler rod for perfect joins and a much cleaner appearance – and a sound more like a hi-po Euro V8 than an American pushrod one. The rest of the undercarriage is fantastically practical with a parallel four-link, nine-inch diff, coil-over suspension and reinforced chassis made from box-section – all a walk in the park for the DTK guys, who have so much experience building these set-ups for everything from hot rods to elite-level mini-trucks. 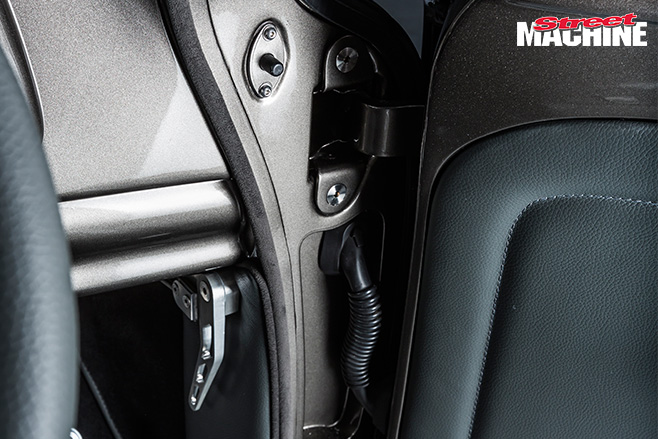 Glenn’s brief to DTK was to make a modern version of an FC ute, so the original door mechanisms weren’t going to cut the mustard. Graeme already knew that 90s Mazda Bravo hinges would work well and give better operation than the FC’s originals, while modern aftermarket power window and central locking mechanisms were grafted on while the DTK boys had the door skins apart. 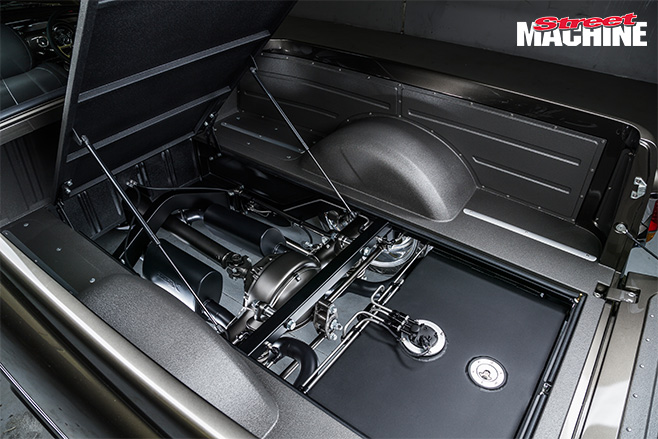 DTK went to huge lengths to ensure living with Refined would be as simple as possible for Glenn once he had it home. While the custom fuel tank lives under the tray floor, an access panel lifts up on gas struts so the tank can be filled and features a rubber seal so it doesn’t rattle or rub on the custom-made chassis. That chassis has been built to withstand 500hp worth of 6.2-litre LS3 V8 punishment – more than double the output of the FC’s original grey six! 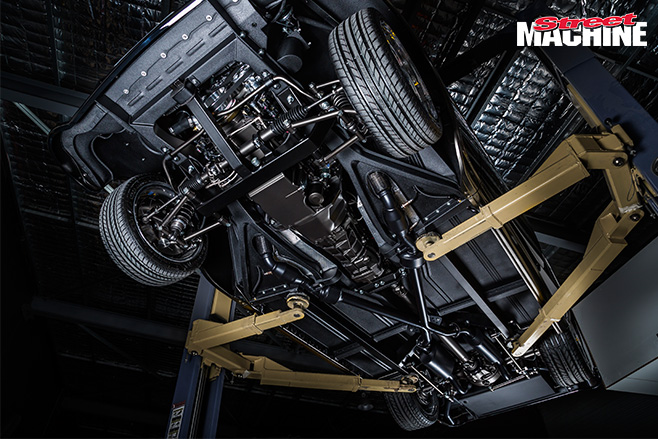 Refined was always envisioned as if Holden had built it, which meant that the hand-made chassis and floor sections were coated in stoneguard or painted black instead of shiny two-pack to match the shell. Glenn wants to drive Refined, so it’s vital the undercarriage can deal with plenty of kilometres. 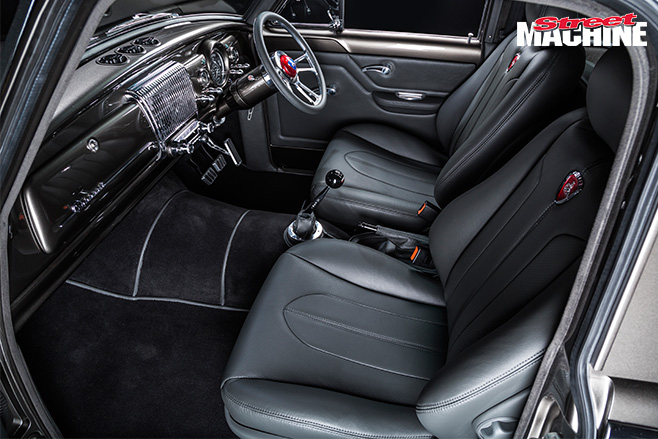 Forget four on the floor, Refined packs a six-shooter! While it looks like it’s straight out of the late-50s or early-60s muscle car era, the floor-mounted Hurst shifter connects to a modern Tremec six-speed manual. Modern Holden seats are a comfort addition, while the slave cylinders for the brake and clutch systems are recessed into the dashboard to afford more space and a cleaner appearance under the bonnet. The steering column was stripped and modified to accept a key barrel for a proper MY15 build feel when Glenn slides behind the tiller. 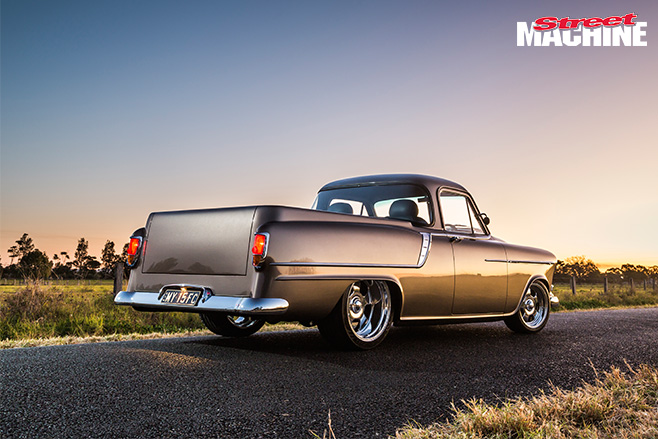 Graeme knew that an elite-level vehicle envisaged as a manufacturer-built car needed perfect shut lines and panel gaps, so the DTK team went above and beyond when putting Refined back together. While the body was still raw steel they calculated the product build-up of each coat of primer and top coat, then machined brass shims to each coat’s thickness. This meant they could align all the panels before any product hit the metal, removing each shim as each coat built up the surface level. 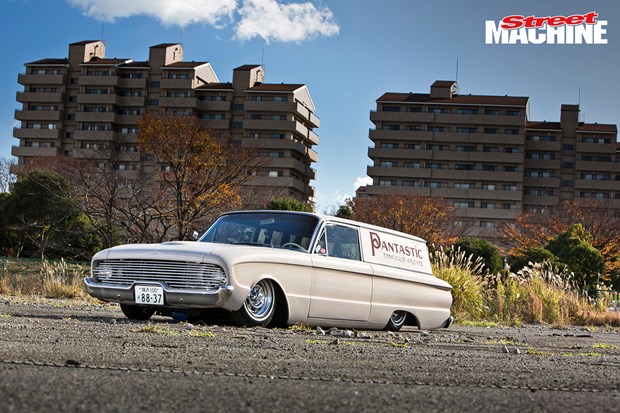 One of the coolest early Ford Falcons on the planet is a custom delivery sedan that lives in Yokohama, Japan 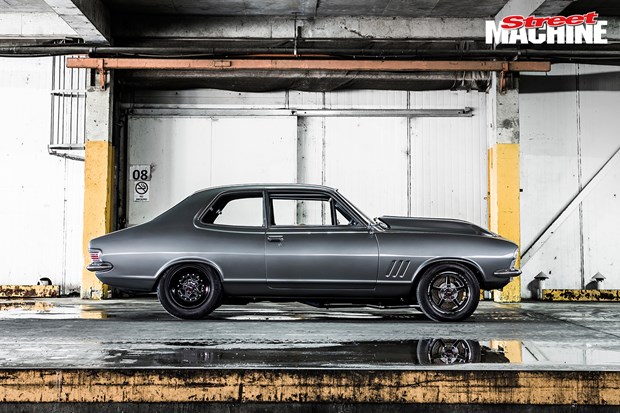 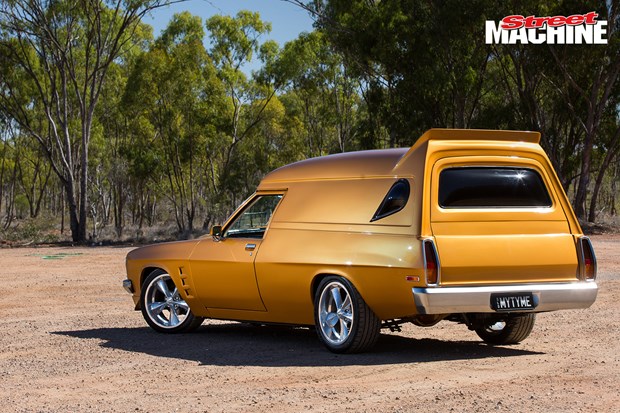