IT’S ALREADY been a year since Street Machine headed Stateside to tag along for Hot Rod Drag Week, but if today’s tech/test day is anything to go by, this year’s event will be more exciting than ever. Just under 400 entrants got the tick of approval to join in the gruelling five-day 1000-mile-plus automotive torture test, and our five Aussie teams could all be found amongst the steadily growing arsenal of street-legal weapons in the pits.

We’ve already followed along with Harry Haig and the Aussie Chevelle boys in their insane thrash to make it from Leavenworth, Kansas to the National Trail Raceway in Hebron, Ohio for the start of the event. They’re joined by four other homegrown teams for this year’s onslaught.

Brian and Dianne Jensen have returned with their nine-second big-block Torana hatch to have another crack this year. Brian’s first two passes in testing looked much healthier than on last year’s journey, which was riddled with carby problems. Greg and Geoff Trapnell were back in the twisting purple Quey, now fitted with a brand new 598-cube combo running on pump fuel through an EFI set-up. They scraped into the tech line by a mere 15min after trailer dramas left them scrambling across Ohio to source one of the last remaining rental trailers in the state. John Faraone in the twin turbo big block VH Charger was back and in through tech, as well as Brisbane duo Brenton and Ross Gault in a bright orange Camaro. The Aussie Chevelle team made it through tech in one piece, but were unable to get any test passes off, after discovering a mangled fuel fitting from their haul over to Ohio. The bumps and bruises of high-speed road-tripping caused a bit of havoc with an alloy 90-degree bend, and the fellas missed the staging lane cut-off time for afternoon test passes by about 15 minutes. The word in pit lane is that everyone’s got quicker this year. There are many repeat Drag Week competitors with new engine packages, or better tuning, or an extra four-leaf clover in the dash, and a lot of class winners from last year are already sweating their jimmies for title contentions. A short and sweet test session saw some big wheelstands and ultra-quick passes.

So the stage is set for a monster week jam-packed with tyre-frying action, gruelling road sections and mechanical carnage. The entrants only got a small taste today; tomorrow morning they’ll get a full bite of the steak, with racing starting bright and early at National Trail Raceway. 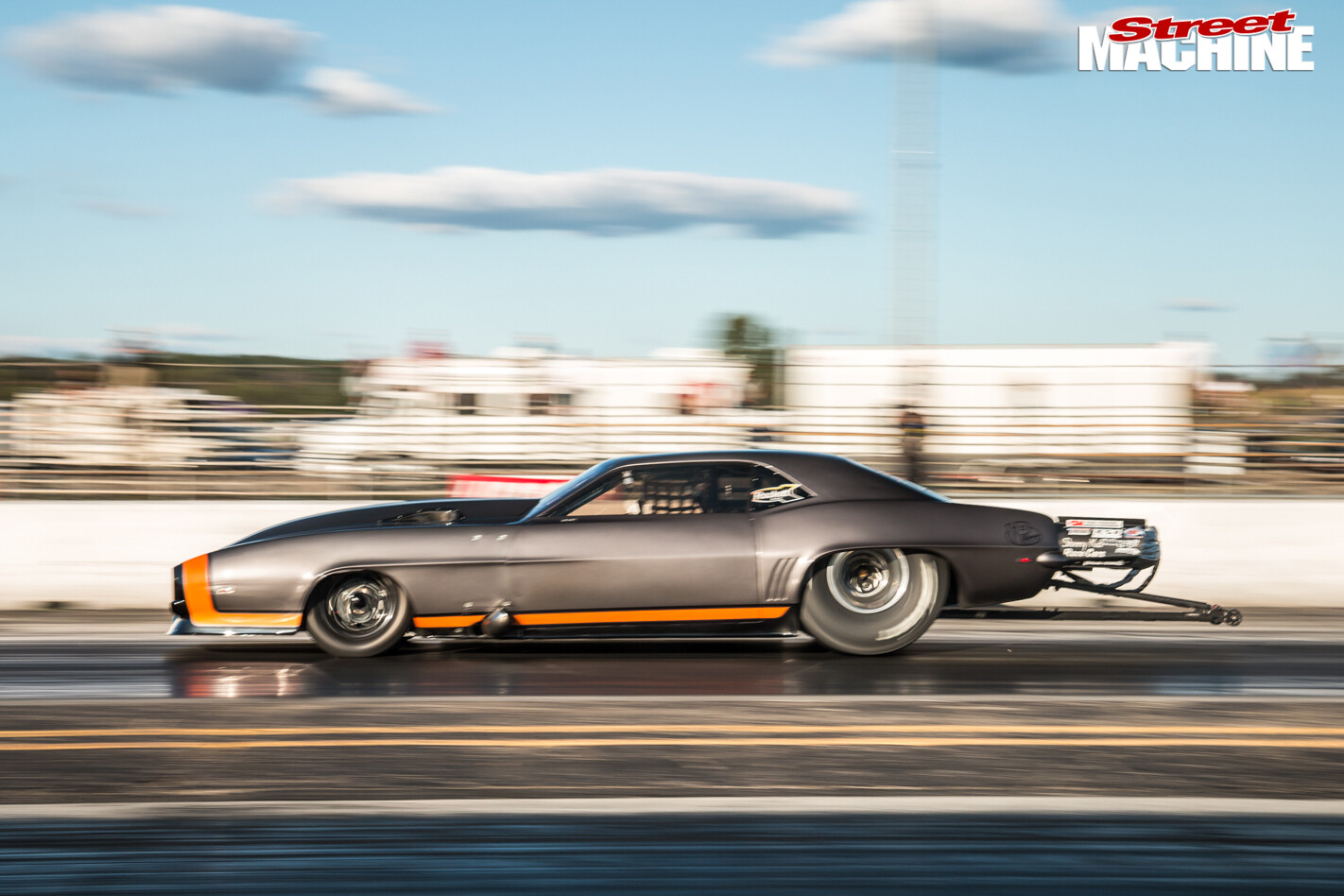 Drag Week veteran Tom Bailey won the Unlimited class trophy in 2013 and 2015, and he’s looking to be the man to beat again this year. His twin-turbo ’69 Camaro is running a new Steve Morris-built full-billet 615ci big-block for Drag Week 2016. It is Paul Castiglione and son Paul Jr’s first Drag Week, with their ’72 Challenger built to commemorate Paul Sr’s late brother, who was the original owner of the car. After completing a full restoration it now sports a 431 stroker and runs 10.6s. Kathy and Don Hoover’s ’69 Z28 is a purpose-built street/strip weapon, with a 525hp LS3. Kathy has owned the car for 35 years, and will be running it down the strip for her first-ever Drag Week experience. 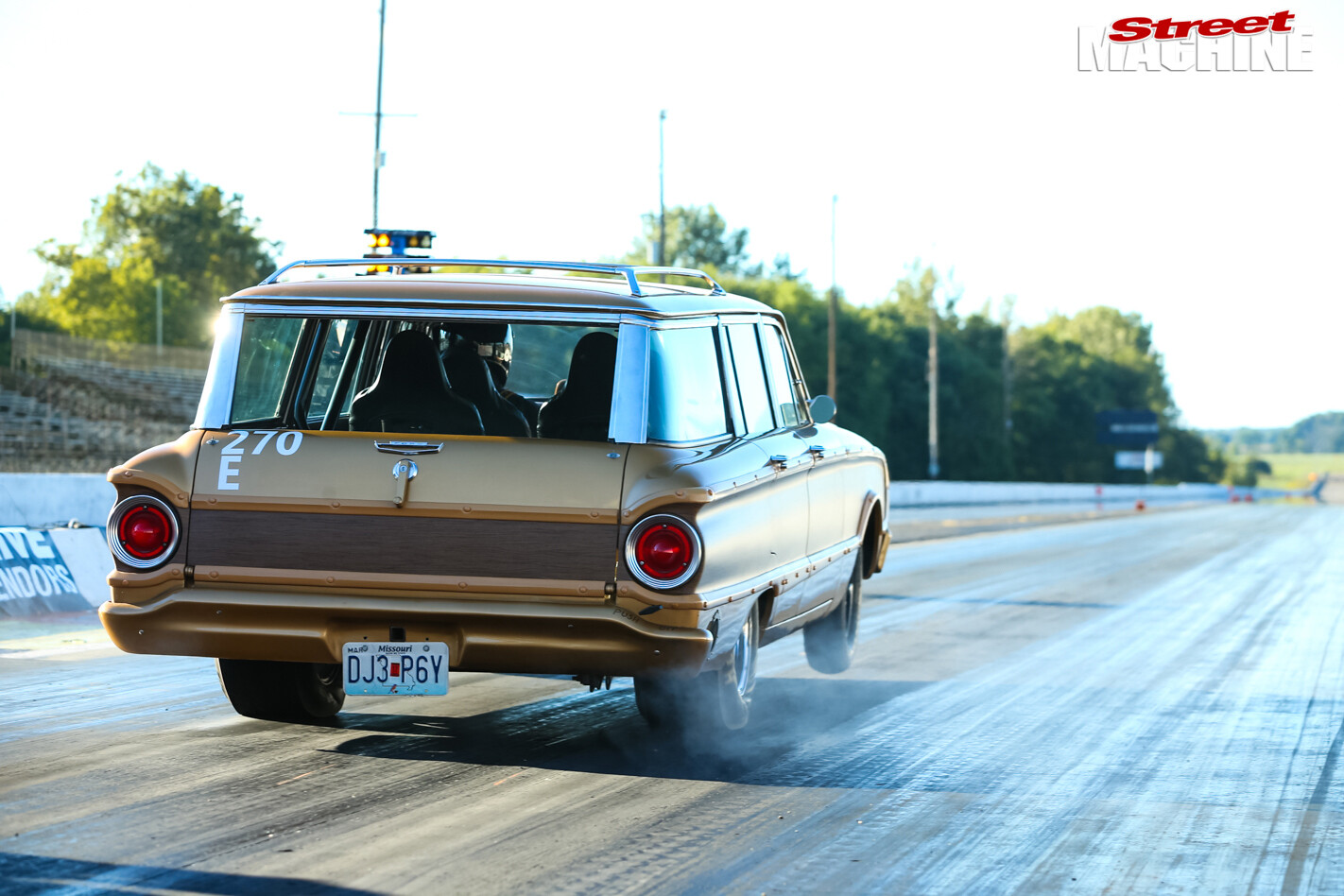 Garry Ross helped out big-time with the Aussie Chevelle, and is out there running hard in his SBC-powered Falcon wagon. 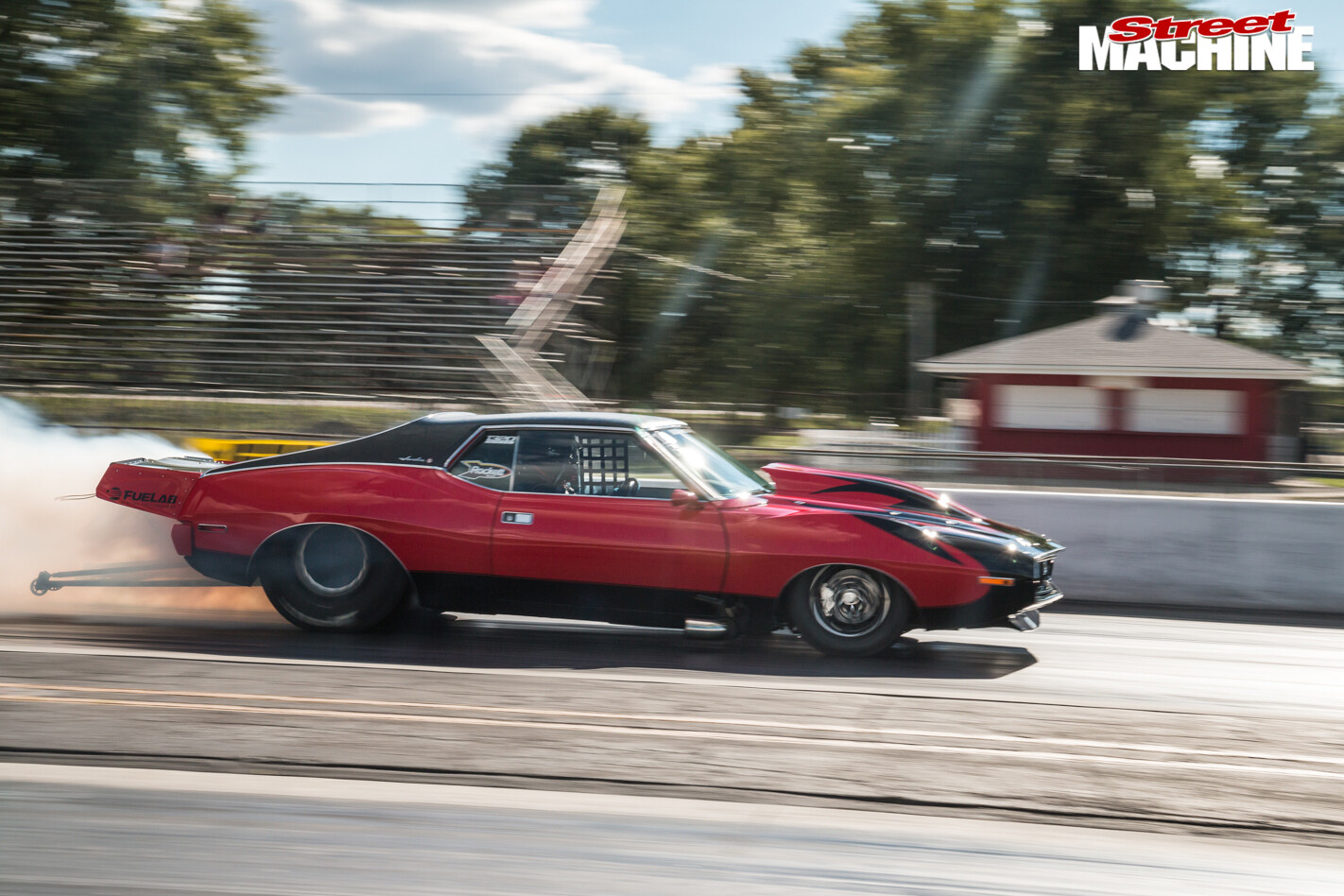 Bryant Goldstone’s AMC Javelin is an all-steel weapon that won the Ultimate Iron class in 2015. 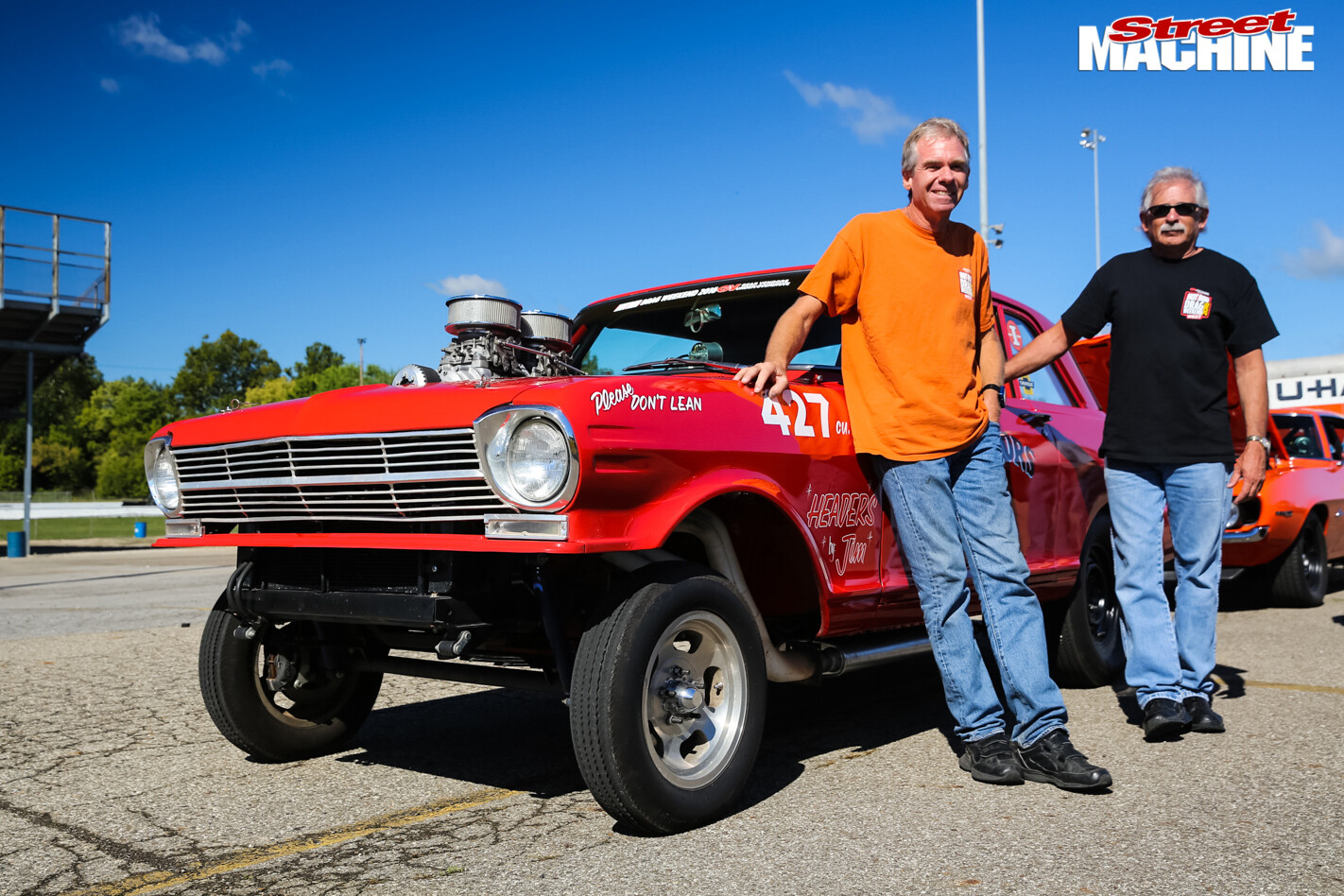