After starting as a TV-series, Duel was later given a full-length theatrical release, and proved the springboard for Steven Spielberg’s directorial career

THE CAR’S-eye view from David Mann’s (Dennis Weaver) 1971 Plymouth Valiant Signet, as he backs out of the garage bound for a business appointment via the Californian desert, is set to the AM soundtrack of 70s America. It suggests the beginning of an unremarkable day for the mild-mannered electronics salesman. 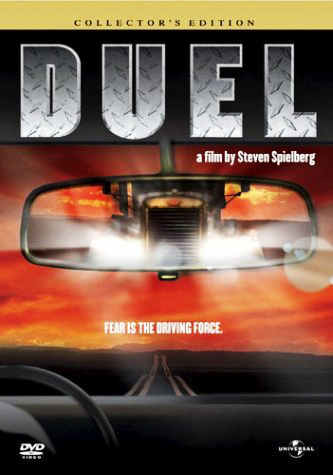 Clear of Los Angeles, there are few cars on the two-lane tarmac, except for a grimy, smoky truck ahead. “Talk about pollution,” he coughs, before overtaking the tanker. The tanker repasses him at high speed — it seems that Mann has angered its driver.  Mann overtakes again, and is forced to speed to stay ahead of the rig.

Mann pulls into a service station and the tanker arrives at the pump next to him but its driver isn’t seen now, or at any point in the film. The attendant checks the Plymouth’s engine and tells Mann he needs a new radiator hose, but he declines the repair.

Mann leaves the servo before the tanker has even begun filling up but, uncannily, the tanker’s soon back taunting him. The high speed Mann is forced to maintain to stay ahead of the tanker causes him to lose control. He crashes outside a diner – Chuck’s Café.

While composing himself inside, Mann’s startled to see the tanker parked outside and figures the driver must be in the diner too. But he confronts the wrong man and gets into a fist fight, while the tanker drives away with its trademark gravelly grumble.

As the road and the plot unfold, it’s clear the tanker driver is intent on killing Mann. At a service station, the tanker flattens a phone booth, Mann jumping clear just in time. “Call the police!” Mann shouts at the attendant. “With what?” she replies, in a rare comedic moment. 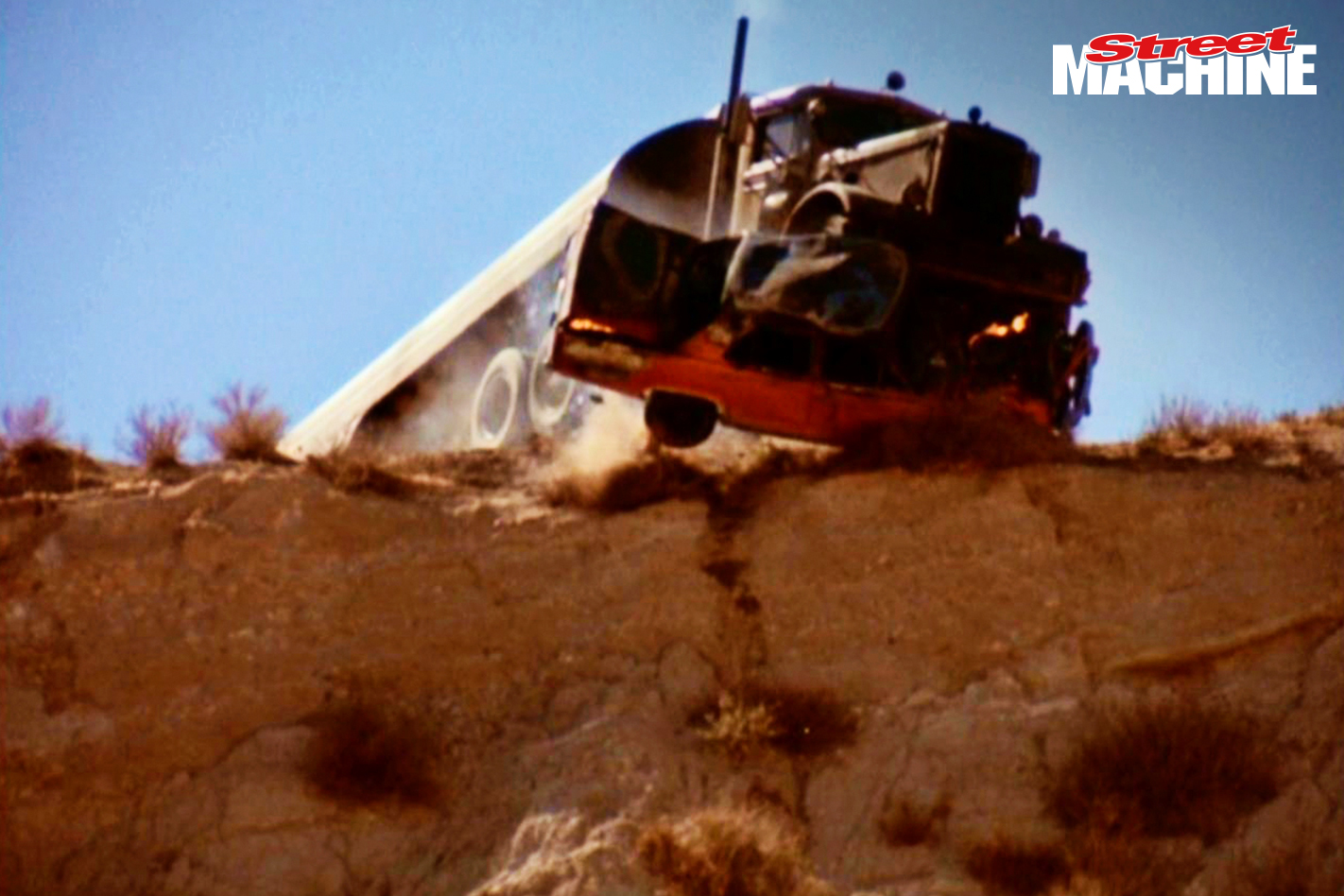 A frenzied, abrasive soundtrack signals the film’s climax. The Plymouth overheats after its radiator hose fails, and Mann, it seems, is helpless. But Mann points his car head-on at the fast-approaching tanker, his briefcase wedged between the seat and the loud pedal. Mann barrel-rolls clear as the tanker ploughs into the car. The truck’s maniacal driver has misjudged and can’t stop the tanker, which sails over a cliff. Mann, his wits frayed, has won.

Originally made for television, Duel was later given a full-length theatrical release, and proved the springboard for Steven Spielberg’s directorial career. He takes the dark, brooding threat of a 40-ton tanker and pushes it to a thrilling extreme. It’s said Spielberg chose the ’55 Peterbilt over a flat-nosed truck of the era because the older truck’s long bonnet, split windscreen and round headlights gave it a menacing ‘face’. Duel drew praise from critics, and eventually led to his next step on the path to directorial superstardom – Jaws. 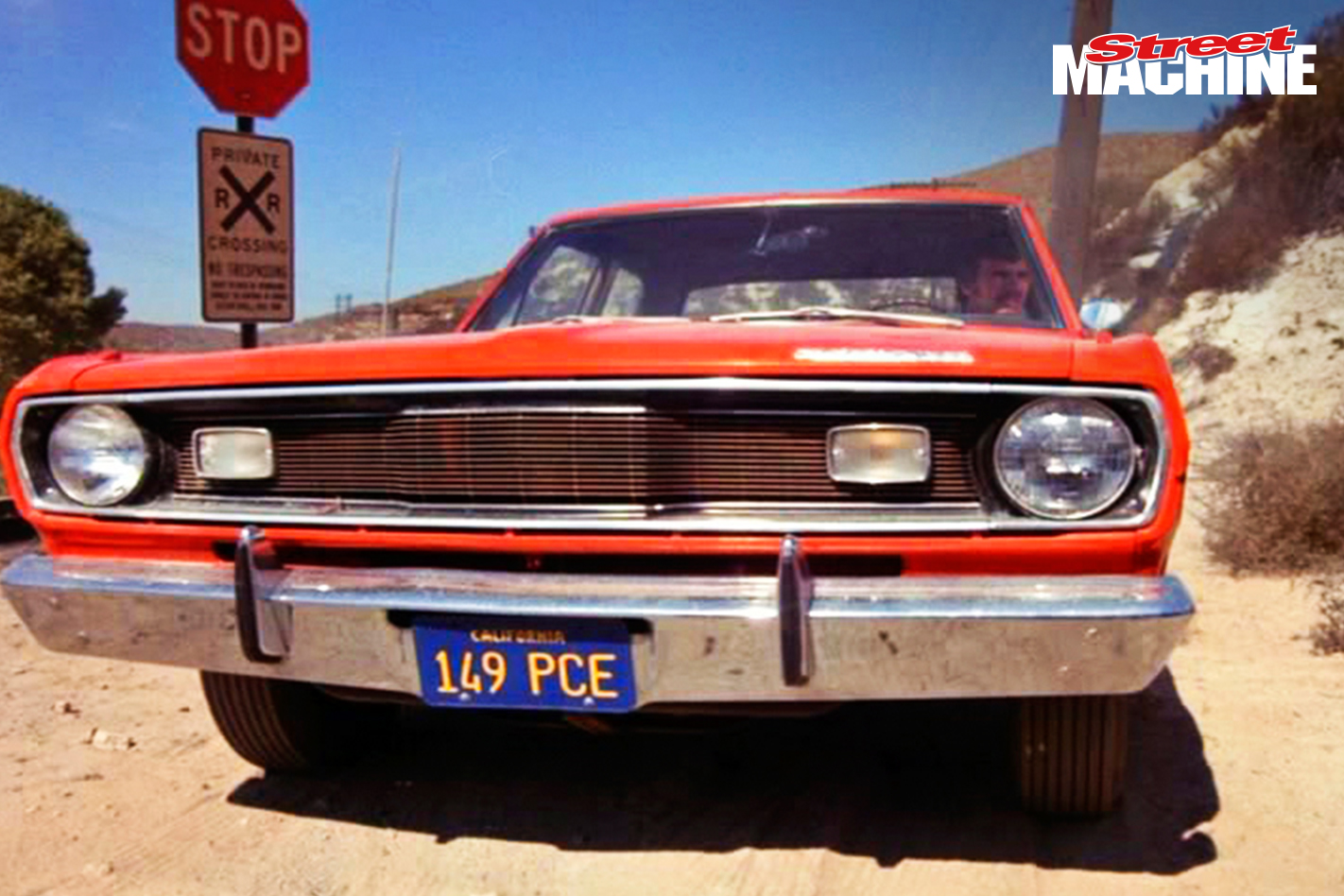 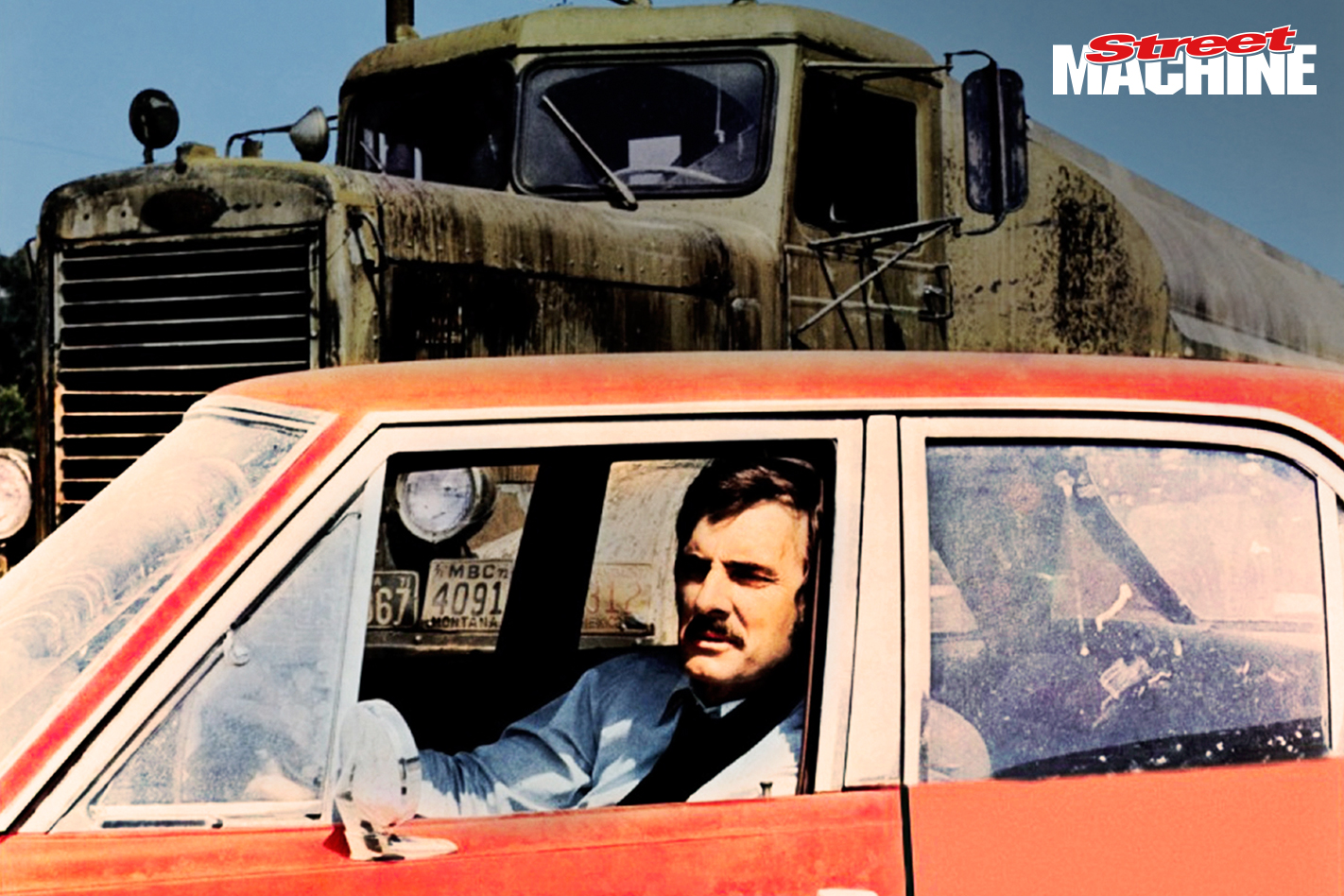 The dinosaur roar sound effect as the tanker plummets over the cliff was reused in Jaws. Spielberg said it was “my way of thanking Duel for giving me a career”. Stock footage of the Plymouth and the tanker was used in the 1978 TV series The Incredible Hulk, which didn’t please Spielberg.