WHILE we’re reluctant to throw another LS combination at you, running an eight-second pass in a full-weight VH Commodore on its maiden voyage with a stock LS is certainly noteworthy. But the road to such a milestone for Jordan McKey, a 39-year-old tiler from Queensland, was well-planned. He’s been able to get his VH into the eights for a total investment of just $5K in a long motor with complete turbo hot side. 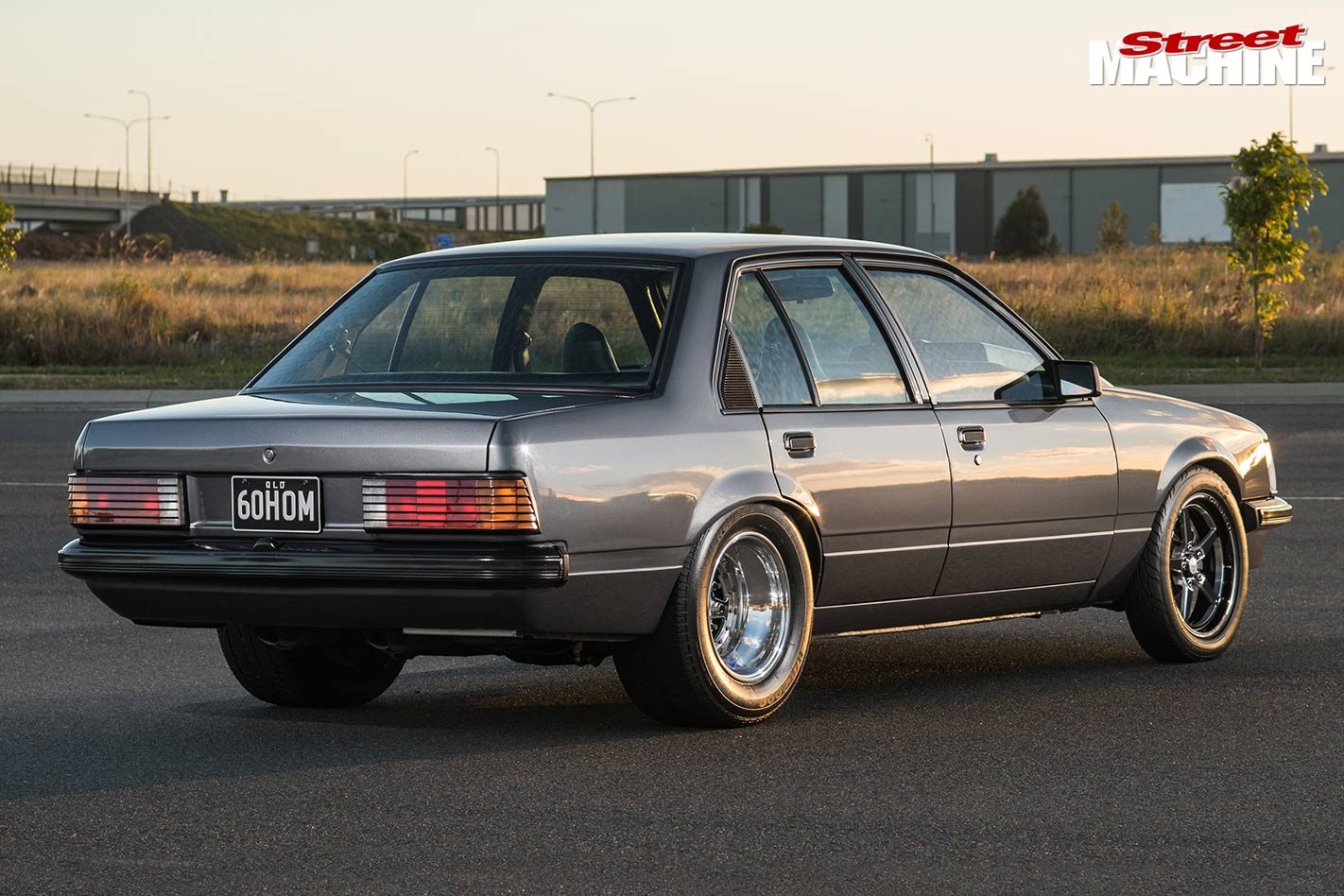 “I bought the VH back in 2015 as a pretty honest but well-worn car for just $3000,” Jordan recalls. “For some time I had been watching the big numbers the Americans had been running on stock-bottom-end LS motors and wanted to give it a crack myself, with the ultimate aim of running an eight on a shoestring engine program.

“I starting buying up bits and pieces and ended up having a 2003 VY LS1 fitted to the car, before I realised how much better the 2004-and-onward engines were with the factory Gen IV rod-and-piston package,” he continues. “I ended up selling my motor for a grand and bought a later-model motor with the good factory bits, which I rebuilt with the genuine rings and added a new set of bearings, oil pump, cam and valvetrain components. 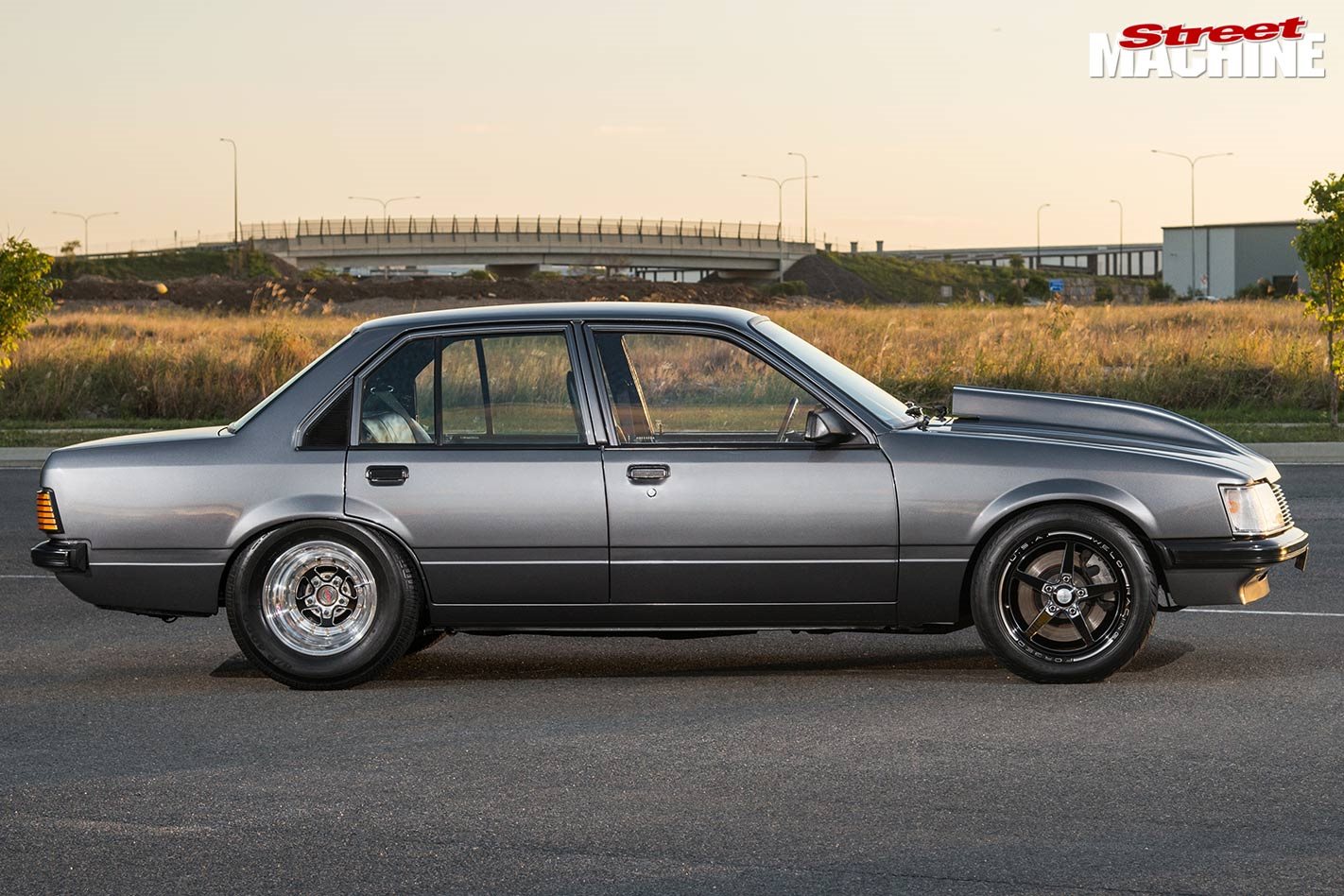 “I had VCM custom-grind me a cam that was similar to the Brian Tooley Racing Stage II, and went with the LS9 multi-layer gaskets with a set of head studs and BTR Platinum valve springs.

“On the hot side, I used a set of VE manifolds that I flipped up the other way, and had to V-band the driver’s side to get it neat with a V-banded crossover pipe.” 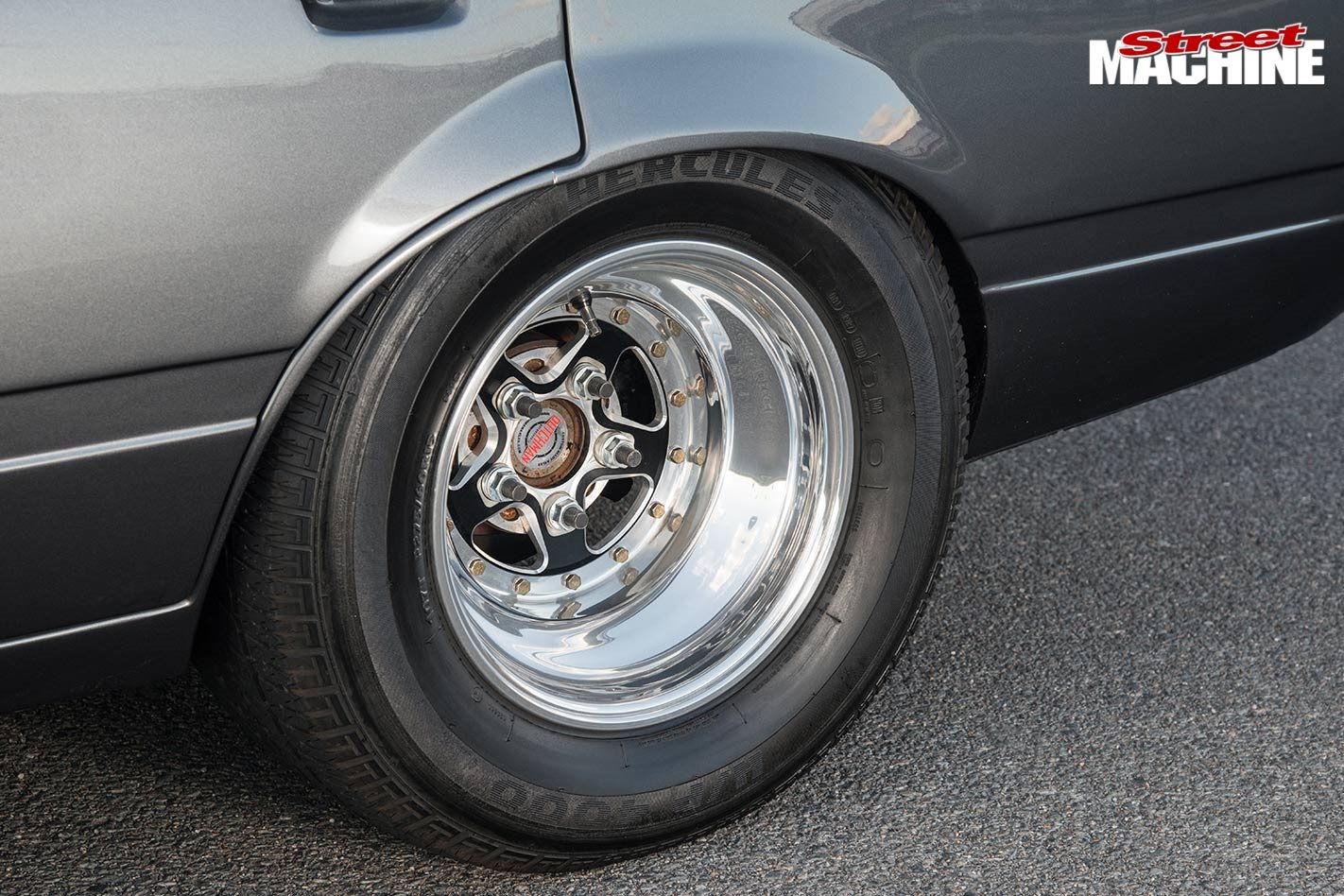 Jordan also picked up a set of 40mm Tial wastegates and twin 40mm blow-off valves on eBay for cheap.

Bang for buck, it was hard to go past the VS Racing billet-wheel BorgWarner S480, and all the hot side, including a little fabrication work and all hard parts, came to another $2000. 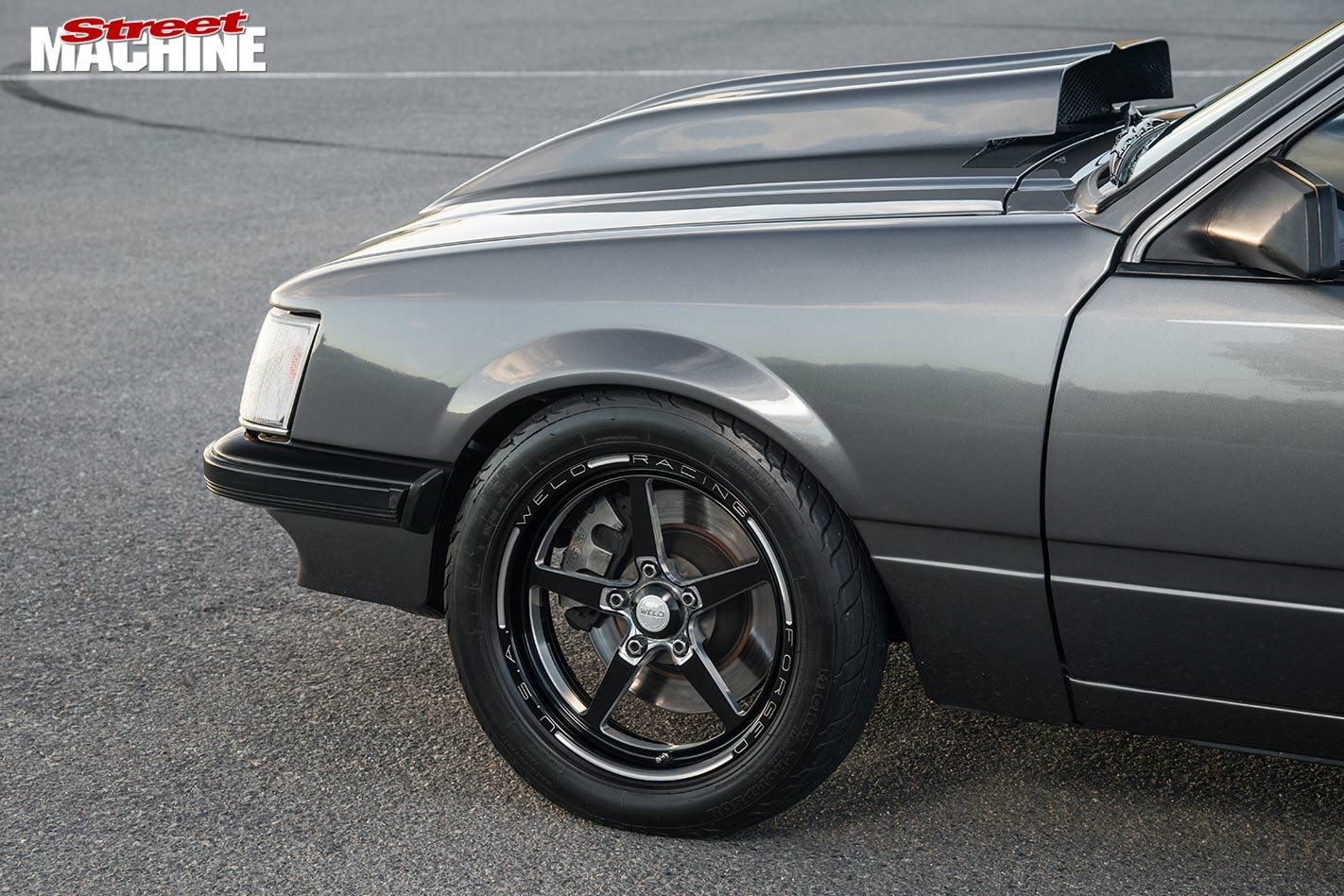 A bit more eBay shopping scored a water-to-air intercooler for $250 that Jordan changed the outlets on and mounted on the top of the engine with 19mm radiator hose plumbed back to the rear of the car – via a Davies Craig electric water pump – to a modified Honda radiator that is mounted under the boot floor. From the radiator, it was routed through a small ice tank in the boot. This set-up allows him to run the car on the street with no ice and a 98 tune-up that sees intake temps at around 30 degrees; with ice added, the temps come down to 5-10 degrees.

“The street set-up works really well, with never more than a few degrees variation to the intake temperatures, with no ice added,” Jordan says. 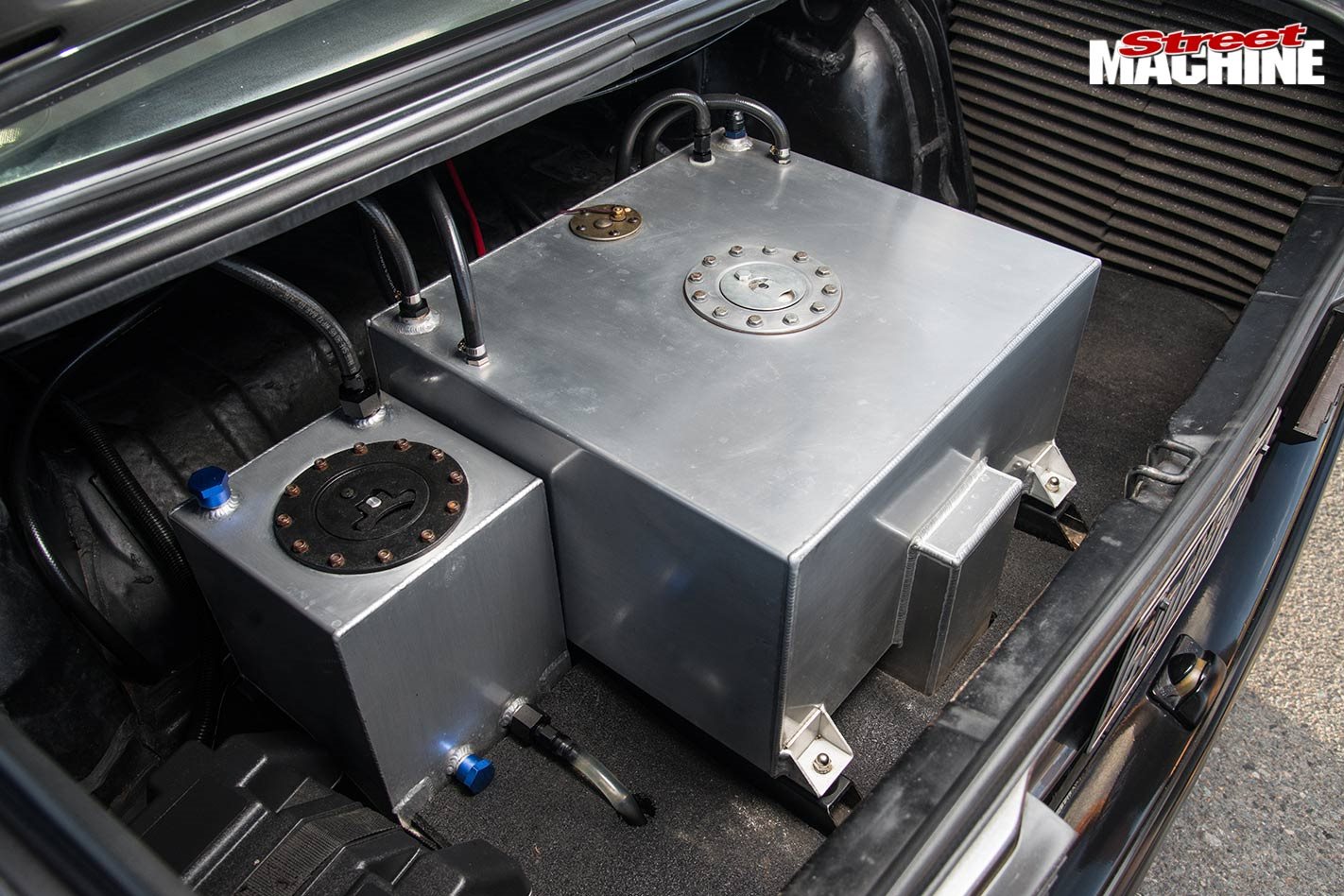 “The concept for the car was not so much to build a race car, but more a tough streeter that needed to be super-reliable,” he continues. “Initially I was happy to have a nine-second car, but the further I got into it, the goals changed and I knew the engine combination could run an eight. To do that I needed 750rwhp, and on the first pull on the chassis dyno it went 760, so we upped the boost to 17psi and it went 790rwhp.

“With ice in the rear tank it was super-repeatable, and Ash Mason at Wiring & Tuning Solutions set the stock ECU up with dual maps so at the flick of a switch I could go from 98 to E85 tune-ups.” 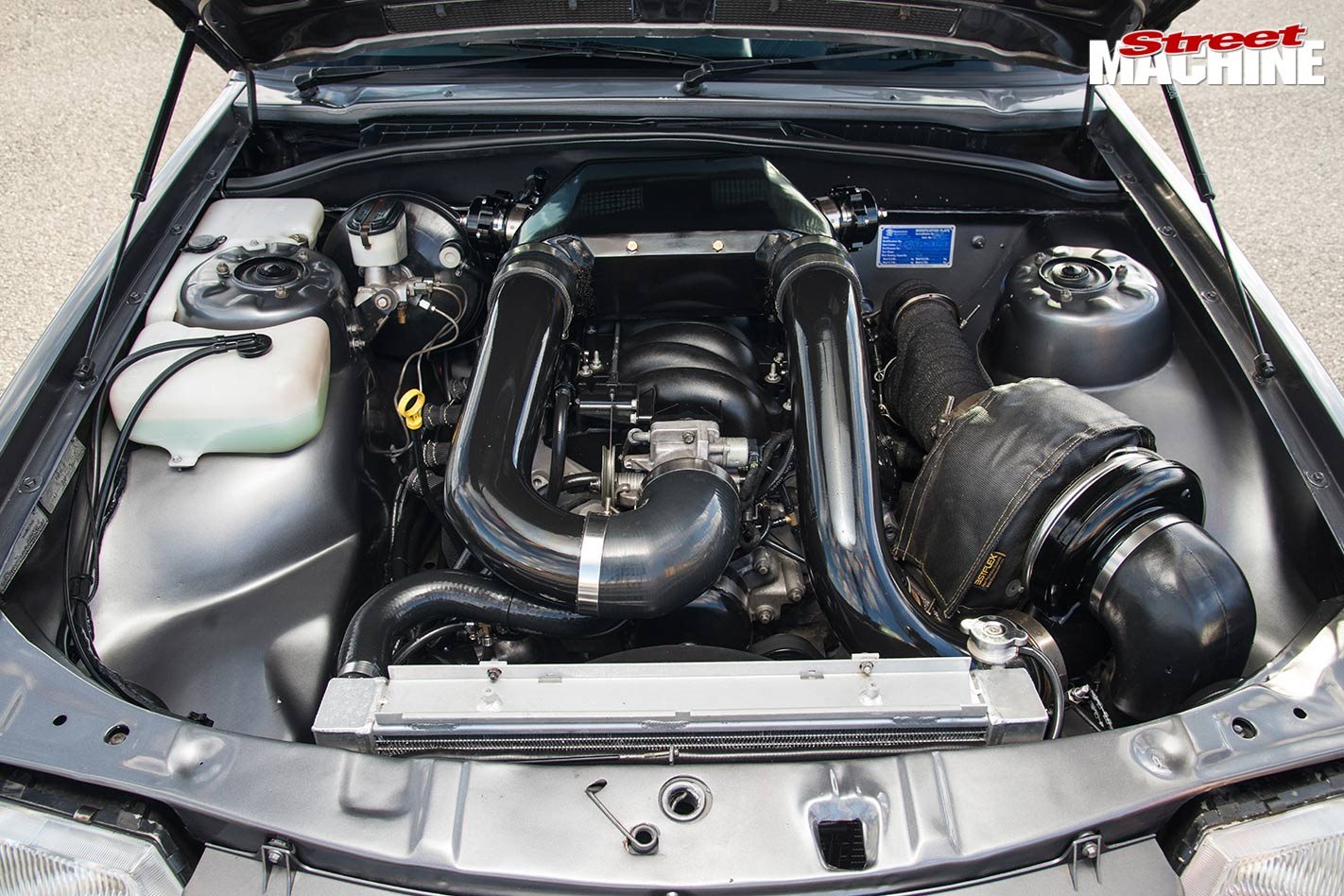 The rest of the driveline includes a two-speed Powerglide built by Ben at Elite Automatics in Brisbane, swinging an Aussie-made Dominator converter.
Despite the engine combination being budget, there was no scrimping on the rear end, with a modified Ford nine-inch with 5/8in studs, 35-spline Dutchman axles, Strange case with a Truetrac, 3.0:1 gear ratio and VS/VT rear disc brakes. 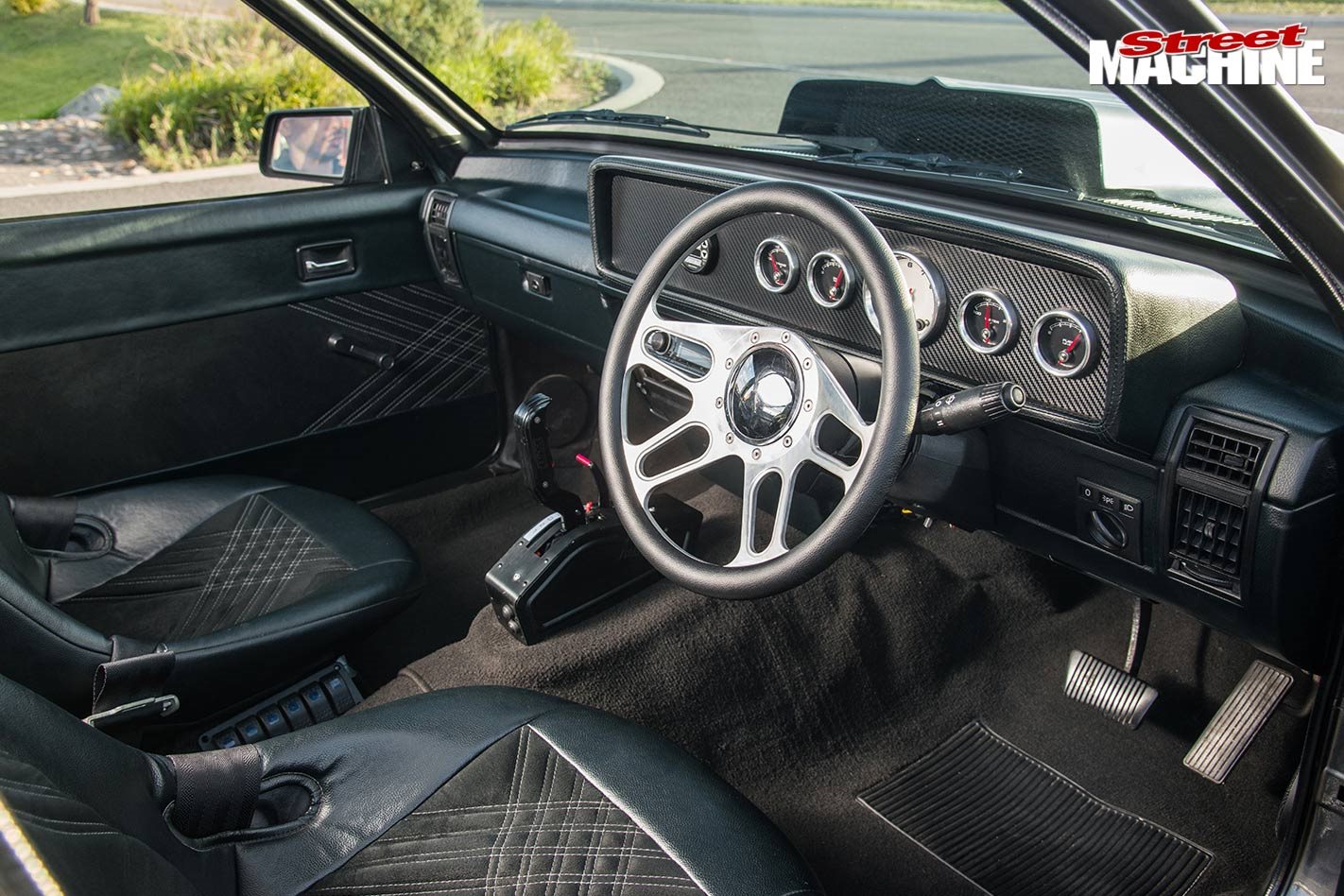 “Yeah, it surprised me,” Jordan laughs. “On that last pass, my foot actually slipped off the accelerator on the launch, and with no rollcage in the car I got booted from the track, but mission accomplished. I was pretty happy considering we drove it to the track and home, and the car is full-weight. 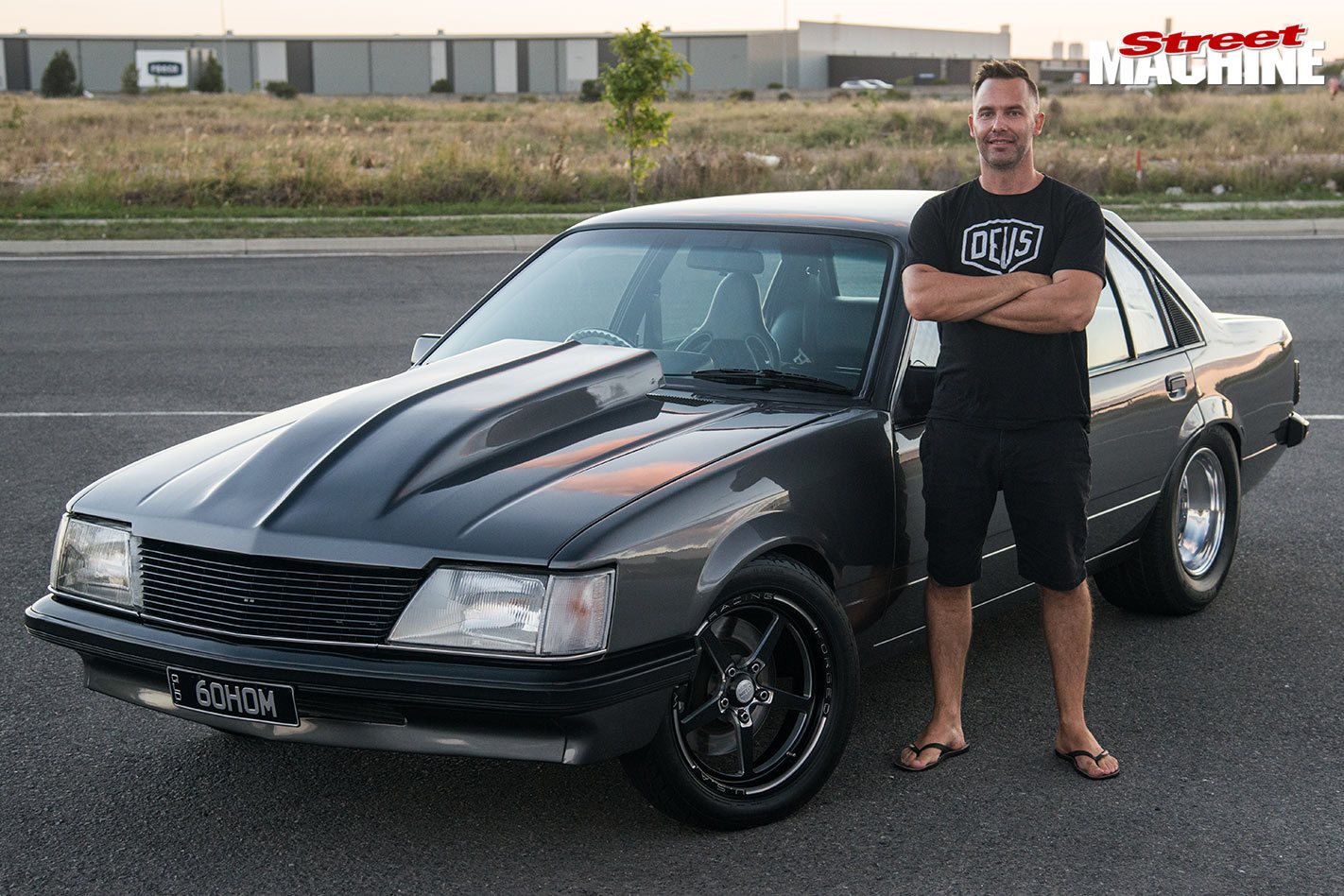 “If you want to build something like this, it’s surprising how far eBay parts can get you going; don’t underestimate how strong an LS engine is. From my experience it’s just a matter of gapping the rings right, opening up the rear steam port in the heads, finding the point of peak power and then just keep leaning on your tune beyond that point to try and sustain it further through the rev range with timing and boost.”