WE SPOTTED Hugo Halls’s wild EJ convertible coupe at the recent Kustom Kulture Weekender in Adelaide, and just had to get the lowdown on this awesome custom Aussie two-door.

Hugo told us that for a long time he’d lusted after topless late-models that were out of his financial reach, but also loved customised cars like Bob Moule’s legendary Bobcat FJ and locally built 50s sleds. He thought it would be cool to put the two together to make something really interesting. This EJ convertible was the result, though it’s actually not the only one Hugo has built. 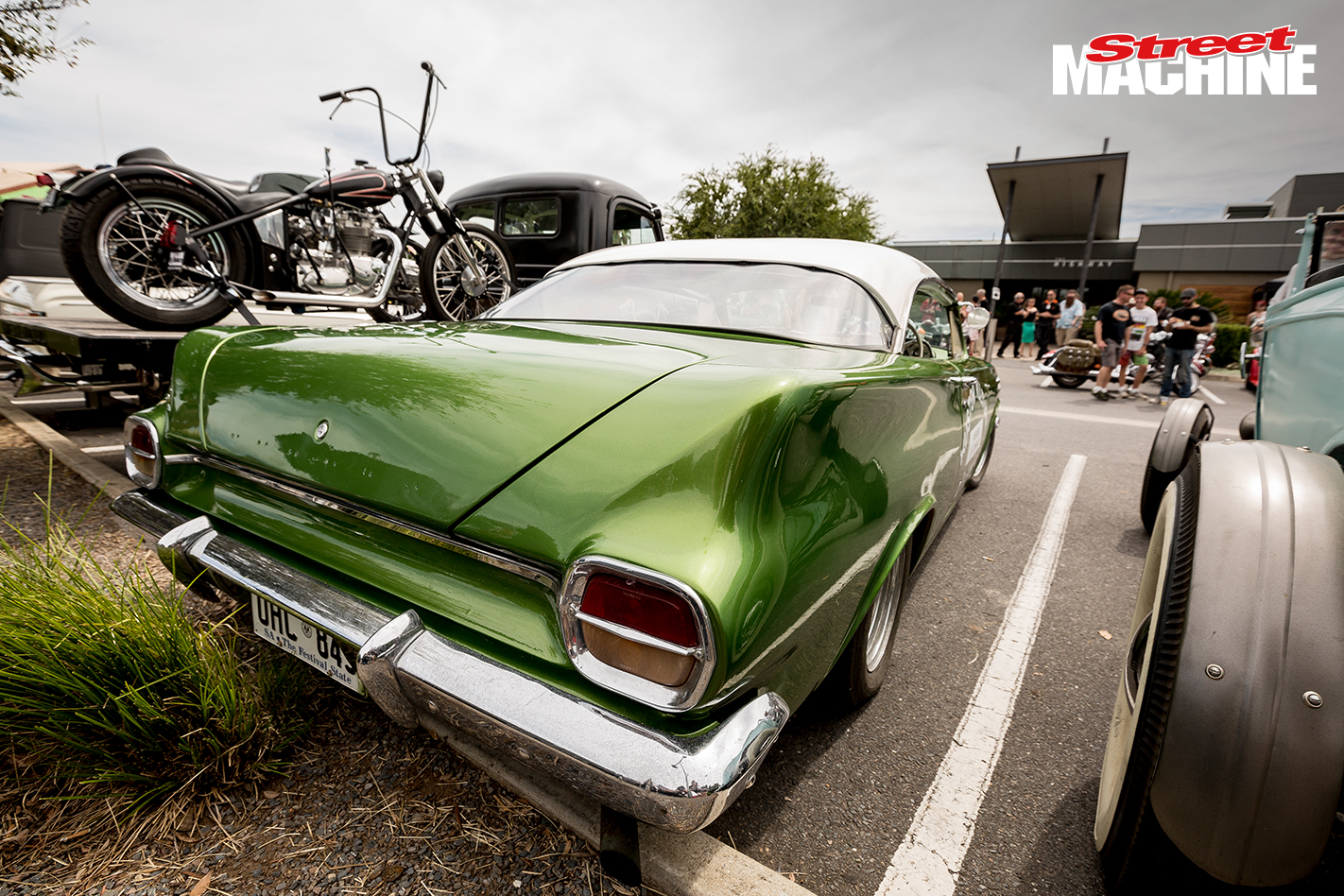 “I built two of them around 26 years ago,” he explained.  “When an EJ Premier came up for the right price, I decided to make a convertible out of that.” Hugo scrapped the roof and fabbed up longer front doors, while the rears were welded shut. This first, roofless build was dubbed, appropriately enough, The Prototype.

Hugo sold it to a mate, who owned it for 18 years, before it was moved on to another mate, who eventually sold it on eBay last year. That’s where Hugo lost contact with it. 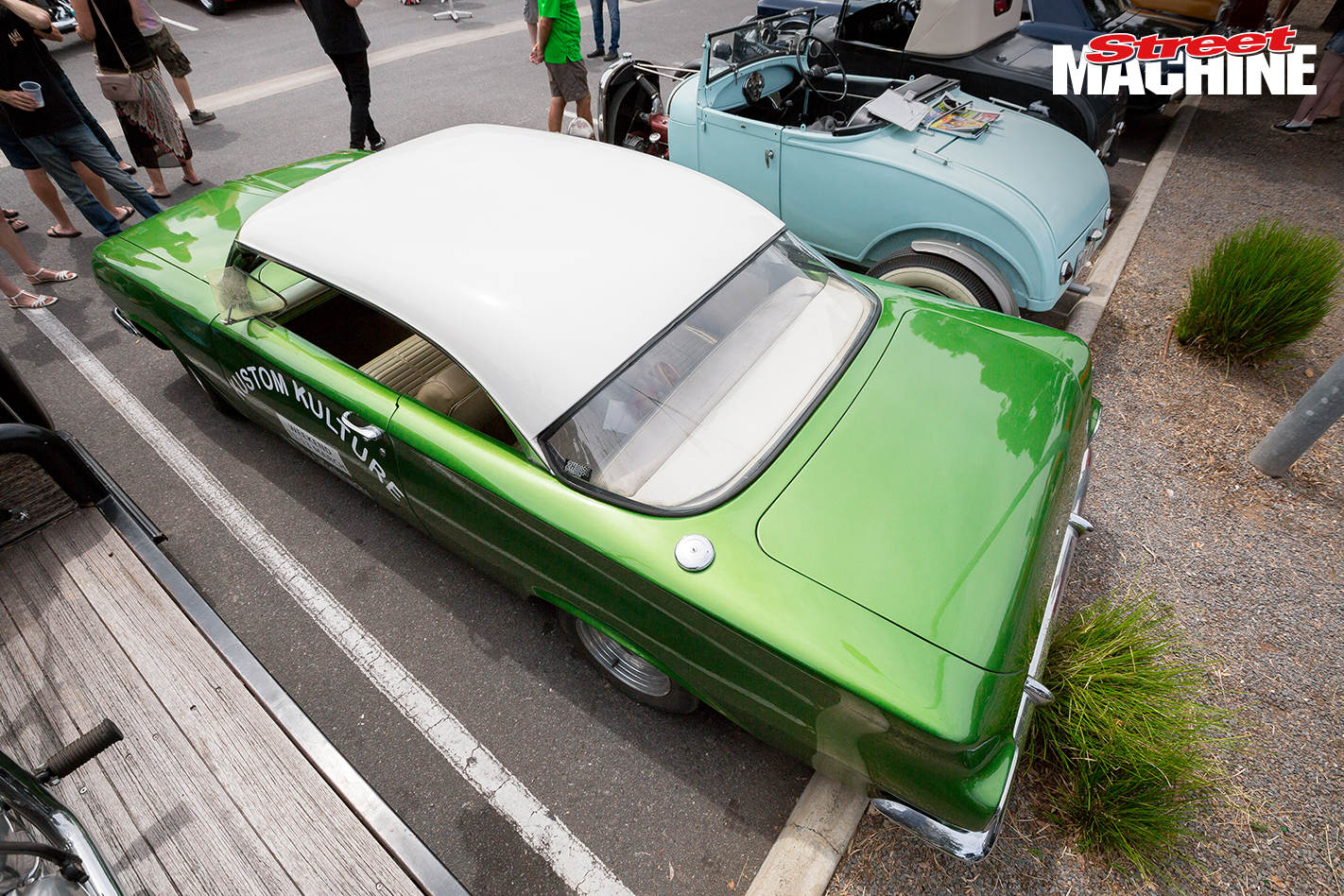 What about the second one – the one you see here? Shortly after selling his first EJ, Hugo decided to build another one, this time a true convertible with a coupe roof.

“When I chopped the EJ roof, it didn’t look right,” he explained. “So I went with an FB/EK roof instead.” Once the right chop height was sorted, it was widened to suit, and then one foot was lopped from the top of the EJ windscreen. Hugo created clips so the roof could be easily removed, and welded up the side window channels, capping it all for a clean convertible form. The front doors were again extended, this time by using two doors per side. 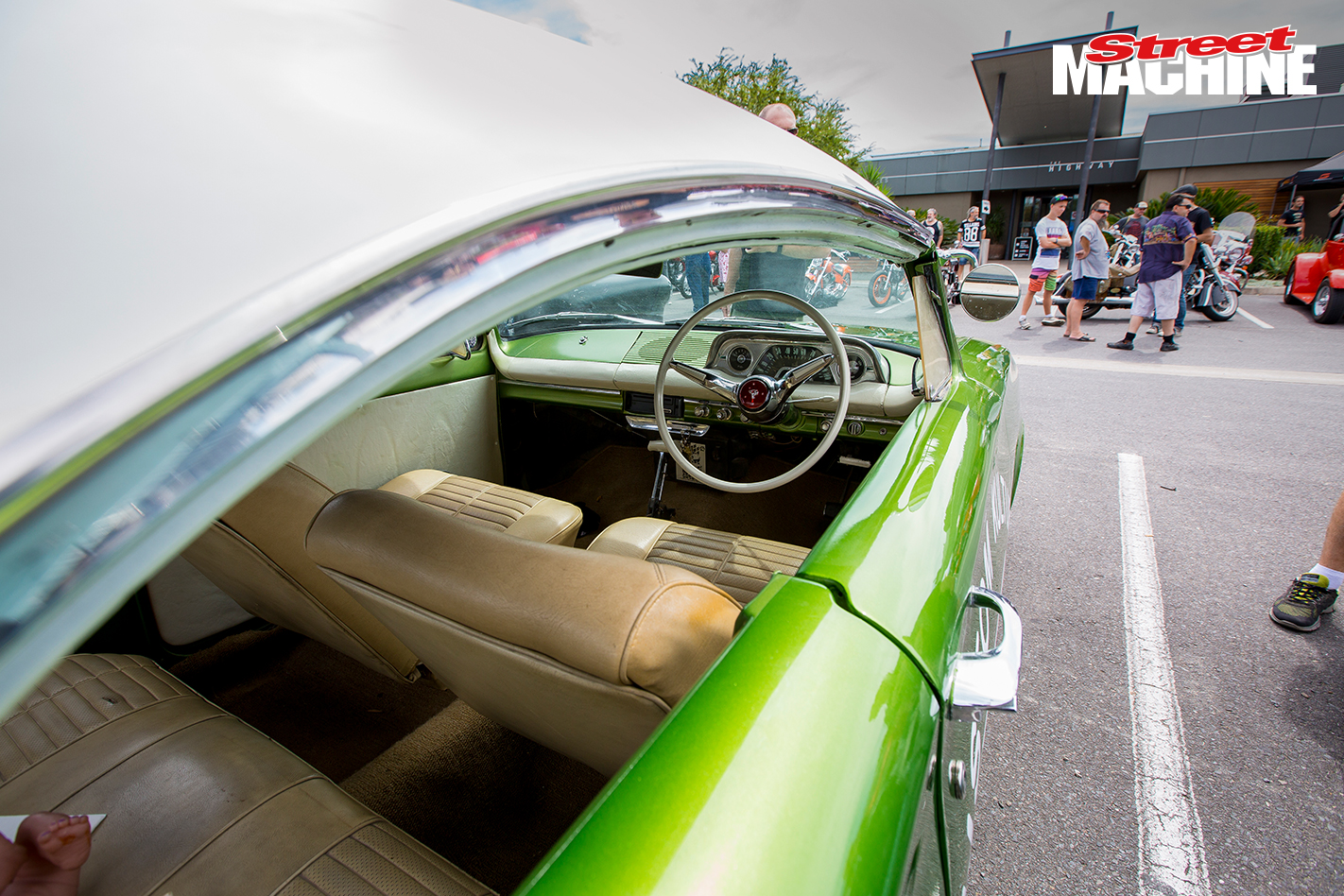 An HK Monaro donated the interior, but the EJ’s original driveline remains: 138ci six, Hydramatic and banjo diff. Hugo finished it in gold duco with a white roof.

After the car had won a few trophies, Hugo sold it off around 2004. Shortly after changing hands, the car was resprayed black, and even sported fake trumpets through the bonnet for a while. A marine biologist bought it a few years later, changing the hue to the current Hothouse Green. Three months ago Hugo bought it back. 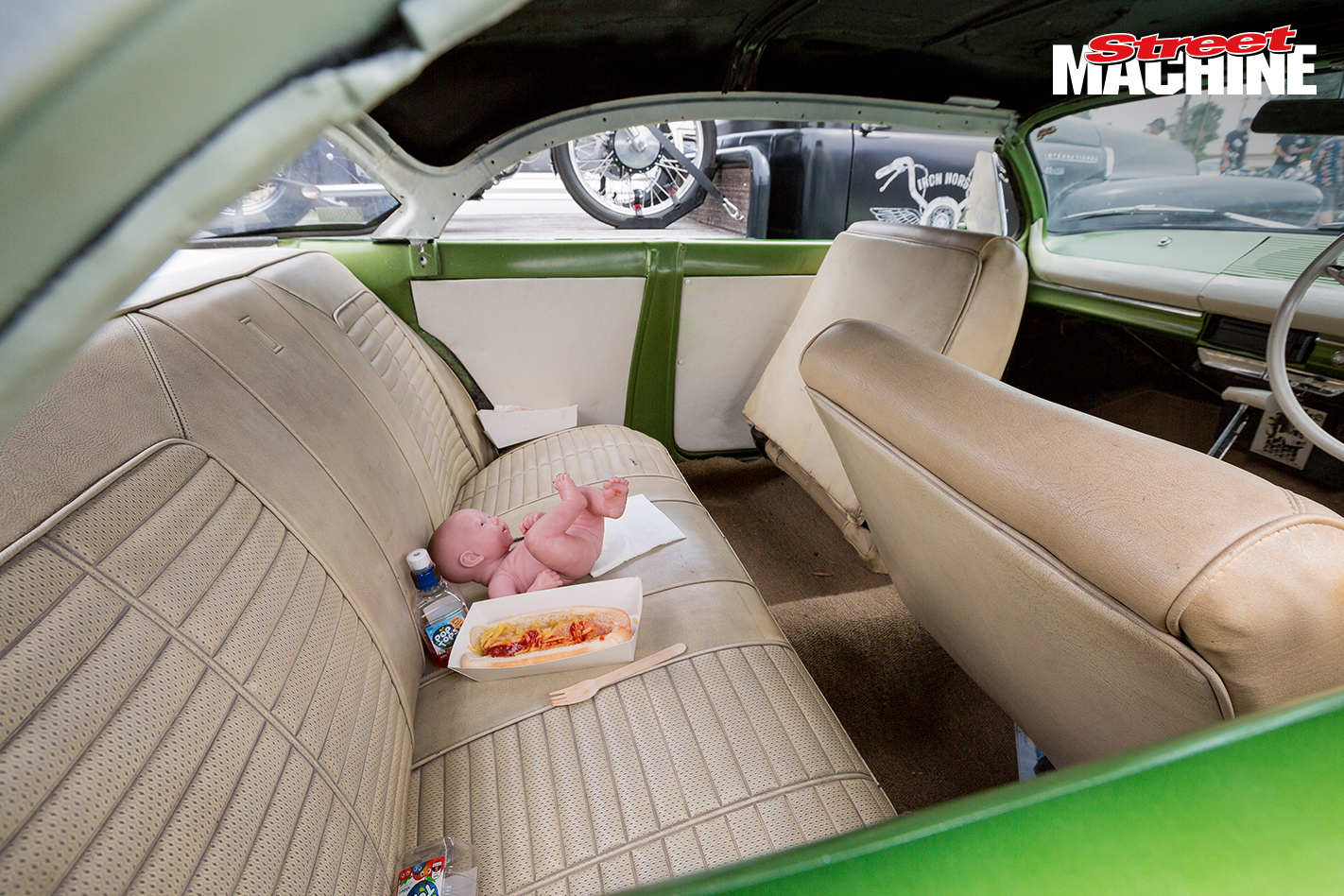 In the years between, Hugo built up his business 2H Automotive, specialising in Individually Constructed Vehicles. He’s an all-rounder, doing paint, panel and mechanics. He’s also had a few blats down the salt in his ’59 Porsche 356.

“In retirement I want to do something like the Beatnik Bandit, a Roth-style car,” he said. “But for now I’m going to weld the roof onto the coupe and add some side windows so it’s fully sealed. I might also add an air conditioner and make it a daily driver.”