MAKING the cut for the Summernats Elite Top 60 means you own one of the most drool-worthy show cars on Australian soil. It’s the domain of monster-dollar metal, and if your ride can hold its own in that company, it’s truly special. These are amazing machines from which grassroots builders draw inspiration and stimulation. Most rarely see street duties however, and to be fair that’s not everyone’s cup of tea.

But nestled in amongst the unobtainium at Summernats 25 was Stephen Booth’s HR sedan. Painted in a Canberran backyard in 1991, it’s racked up almost 40,000 miles since and still looks as fresh as a daisy. Its triple SU-fed red six, Aussie four-speed and Banjo diff make as traditional a driveline as you’re ever likely to find in a hot-rodded HR, and whilst on paper it seems modest by Elite Hall standards, the car is sensationally detailed, with a charm all its own, and has rightly earned its place amongst the cream of the crop.

“The car’s won many awards over the years but making the Top 60 at Summernats 25 topped the lot,” Stephen says. “I’d promised to take my kids and my daughter’s friends for a cruise, so on the Friday arvo I was doing laps of the cruise route with my wife and eight kids in the car. I didn’t think I’d made the Elite Hall but I got a call from a mate to tell me that my name had been read out, so it was a mad rush to get it tidied up in time.

“On Saturday morning two blokes were looking at the car and one was telling the other how he’d seen it out cruising the day before. That felt great, because that’s what the car was built to do.”

21
Although it's an award-winning showcar, Stephen says his HR was built for cruising

Like so many before it, the story began with a quick tidy that spiralled out of control. Said tidy-up became a comprehensive seven-year rebuild that was completed just in time for Holden’s 50th anniversary at Lang Lang in 1998. The body was repaired and prepped by Stephen and his mate Kevin Ferry, then painted by Kevin’s son Wayne, a self-taught hobbyist. For the duco to look so good some 21 years after it was applied is a credit to his talents.

Stephen showed, drove and enjoyed the car in that form for a long time, and it remained unchanged until 2011, when he was prompted to update the car out of necessity.

21
The HR's new look started with big 17in front and 18in rear wheels, prompting further updates to complete the look

“I went to buy a new set of wide 13in tyres and couldn’t find them anywhere. That was when I bit the bullet and bought the big wheels for it, and I’m really happy with the look,” he says of the 17in front and 18in rear Showwheels Streeters.

That upgrade prompted another mate, Daniel, who owns an upholstery shop, to suggest that fresh interior trim was needed to match the new look.

So Daniel and the crew at Bitch’n Stitch’n created a stunning blend of old and new, retaining original components such as the Premier buckets and dash alongside contemporary touches such as the flat floor, Billet Specialties wheel and Smiths gauges. 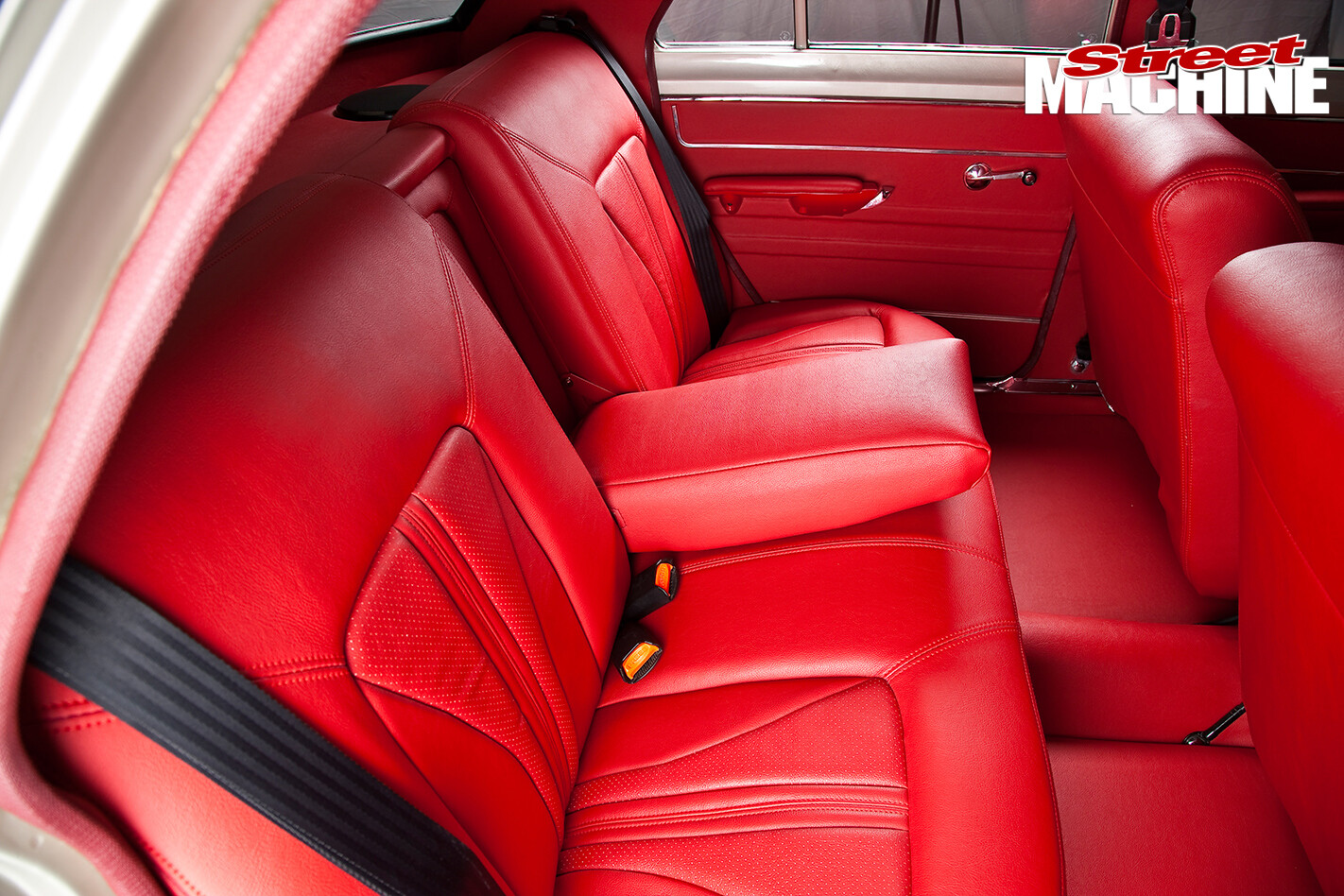 The entire cabin was decked out in red vinyl, perfectly complementing the Silver Mink paintwork.

As for the engine, there was never any doubt that the car would be powered by a red six.

“I’m definitely a Holden six nut,” Stephen grins. “When I was building the car, I went to a lot of shows to get inspiration and all the early Holdens had V8s — so I decided to stick with the six.”

But while a 186 may have been factory HR fitment back in the mid-60s, this one boasts considerably more poke than Holden ever provided as standard.

The block has been bored 60thou and fitted with a Pro Stroke stroker kit, consisting of a billet crank, H-beam rods and forged ACL pistons. The nine-port head was tickled by Superflow Heads, while the cam is a custom-ground hydraulic item which allows the engine to rev beyond 7200rpm. “It’s only been on a dyno once and that was about eight years ago now, but it pulled 250rwhp which is pretty healthy for an aspirated six,” Stephen says. “The next thing I’ll do is look at injection, just to make the car a bit more driveable.”

His approach to styling the engine bay is refreshing; he elected to detail every item and make each piece a feature, rather than burying it all out of sight. “I’m not a fan of hiding everything because if something goes wrong you have to pull half the car to pieces to fix it. That said, the engine bay is showing a few signs of wear so I might give it a birthday soon and get rid of a bit of the wiring.”

Stephen’s also got his son in his ear, trying to convince him to spray the underside in body colour and paint the engine and gearbox, but for now he plans to try and get it out and enjoy it a little more. As for son Nathan Booth, he's got his father's genes and recently finished building his HR Ute, which took out the coveted Street Machine of The Year award in 2015. 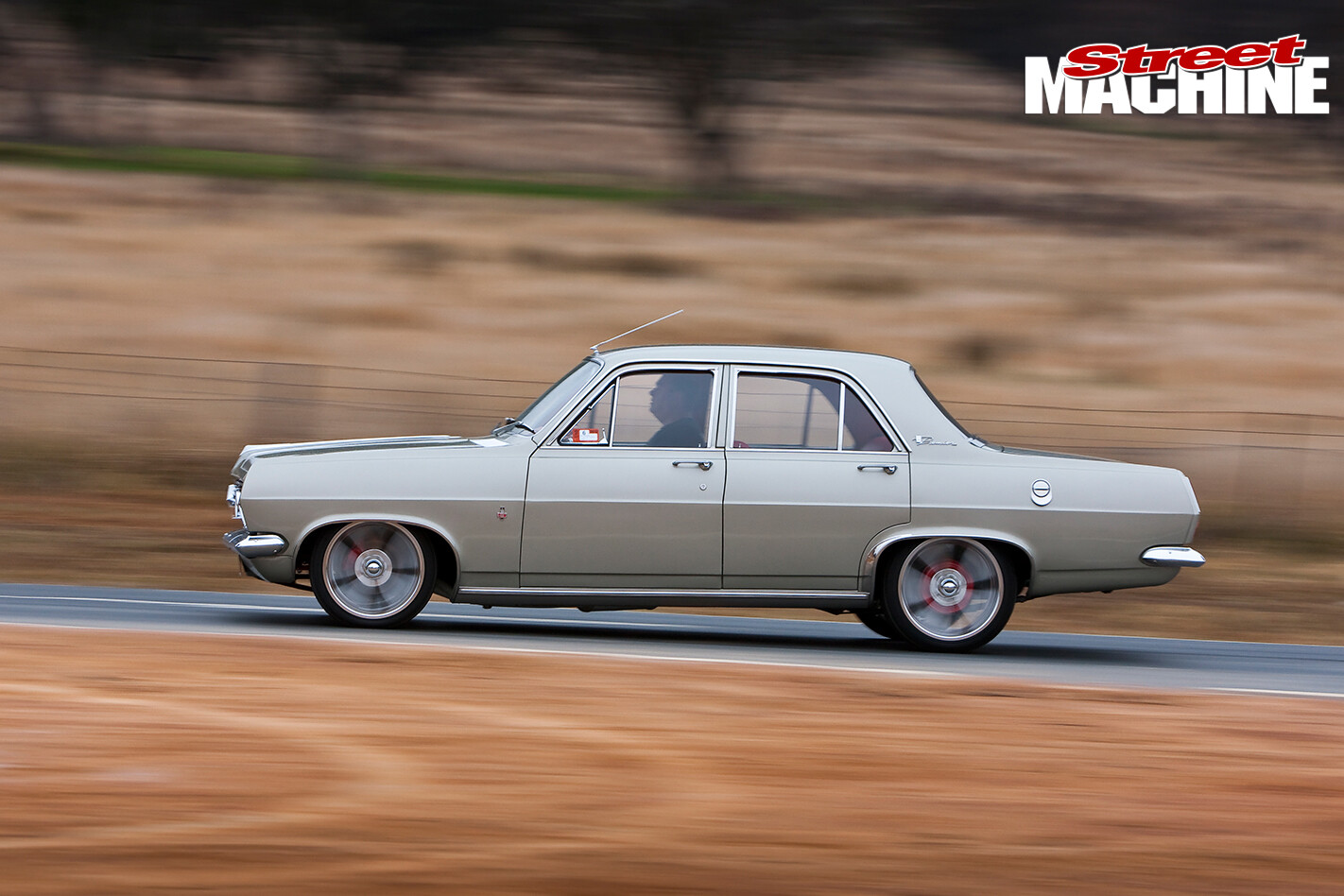 “It’s done about 38,000 miles since it was built and it’s held up well. Preparation is everything — do it all properly and it’ll last.

“I look after the car well too. I polish, detail and wax it before Summernats every year.”