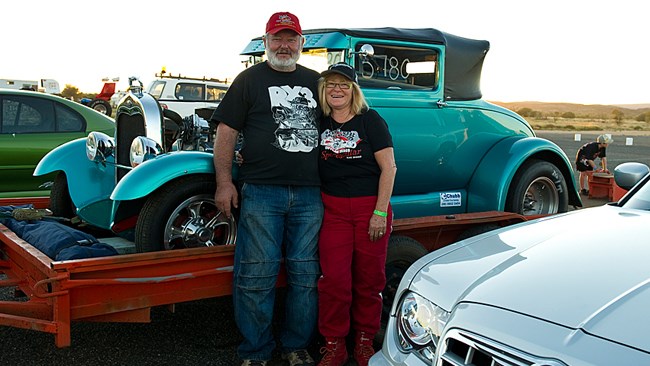 Grandma drives a hot rod, grandad’s got a turbocharged rotary!

IN the latest issue of Street Machine, we visit the Dead Centre Outlaw Drags, held at Alice Springs Inland Dragway.

The meeting featured everything from six-second dragsters to Gary Myers’s famous Mustang, but two of our favourite cars belonged to Tim and Glenis Wilkins.

The couple have a few miles under the belts - old enough to have a granddaughter with a blown Mustang on show at the event – but they are still two of the most spectacular drivers out there. Their cars of choice couldn’t be more different though! Glenis’s ride is a 1928, real-steel Model A Ford coupe.

Powered by a small-block Chev V8, NANSTOY ran it’s fastest-ever pass at the meeting, taking just 11.46-seconds to cover the quarter mile. That is about two seconds better than a new HSV GTS! Tim’s car is even quicker, covering the quarter in 11-seconds flat.

His car is a different breed altogether, but still a classic. “It is a left-hand drive Mazda RX3 wagon,” says Tim. “It was imported during the seventies by a yank who was working at the Pine Gap military base.” Rather than put a V8 in it, Tim stuck with rotary power, but these days runs a fuel injected and turbocharged 13B. For more action from Alice, check out the July issue of SM. 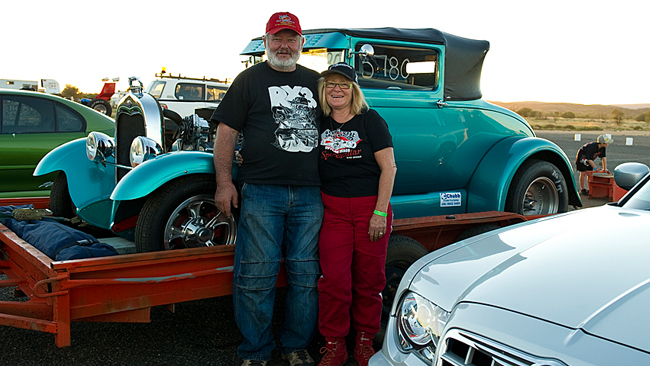 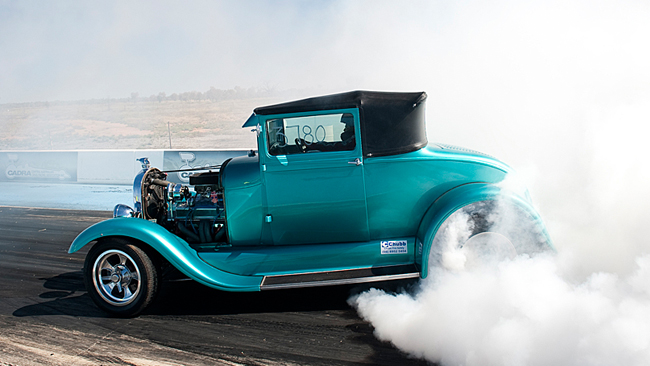 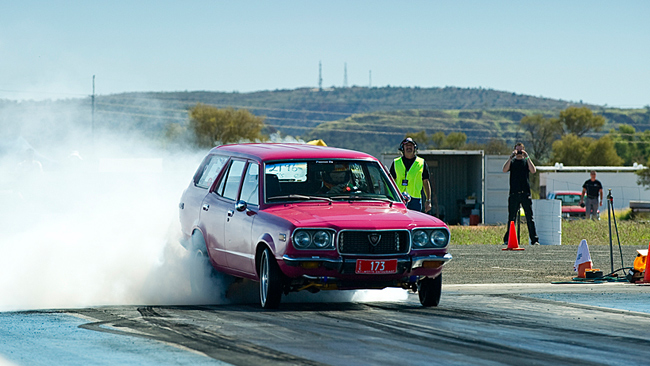