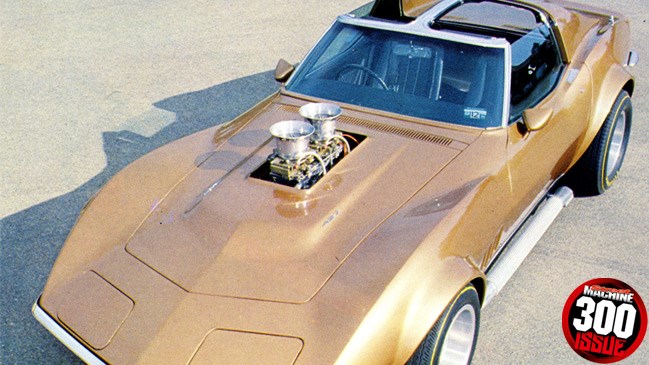 CORVETTE. Probably everyone’s favourite dream car — at least their favourite American dream. Long-time Sydney hot rodder Norm Longfield had the hots for a Corvette a few years ago and after a lengthy search turned up a ’69 425hp 427 with a four-speed and in reasonable nick.

Norm is best remembered for his show-stopping T-bucket that debuted in the late 60s and went on to win anything that was worth winning. Norm’s car set a styling trend for Australian buckets — clean, uncluttered lines, wire front wheels and chrome everything. He’s recently registered the rod for street use but that’s another story.

It took a while to work out the wrinkles in the ’Vette’s plastic skin but once it was done, a generous amount of Duchess Gold was applied. The 427, built by Ron Ansell, retains its original displacement but uses Jahns pistons with Grant rings, a Sig Erson cam and Isky valve springs. Ben Gatt of SuperFlow Heads worked a little of his magic on the rat heads while a Weiand tunnel ram and two 600cfm Hollies supply the air/fuel mixture. 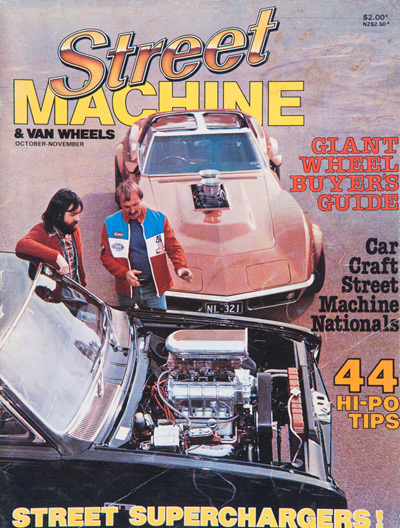 A Muncie four-slot handles the power through an L-88 clutch and passes it on to a stock rear end. Ten by 15 Ansen mags are mounted on all corners and they have been coupled with Firestone Indy tyres. Putting rubber this big on meant flaring the guards but they only enhance the aggressive look of the Corvette body.

Norm’s hot rod has been taking a lot of his time lately, in preparation for its street debut, so he and his wife Rhonda haven’t been logging up many miles in the big-block but that doesn’t worry the 31-year-old electrical contractor. He claims he’ll never sell the Corvette but instead turn it over to his son when he reaches driving age. While a Corvette will be something to look forward to, I wonder what the servo attendant while think about it, around 1991. One thing’s for sure — this Corvette will still turn heads. 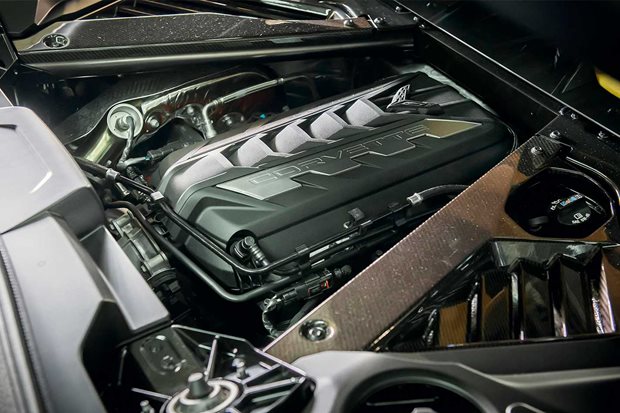 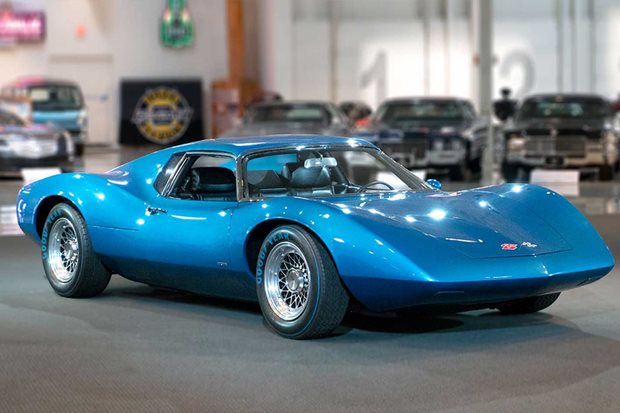