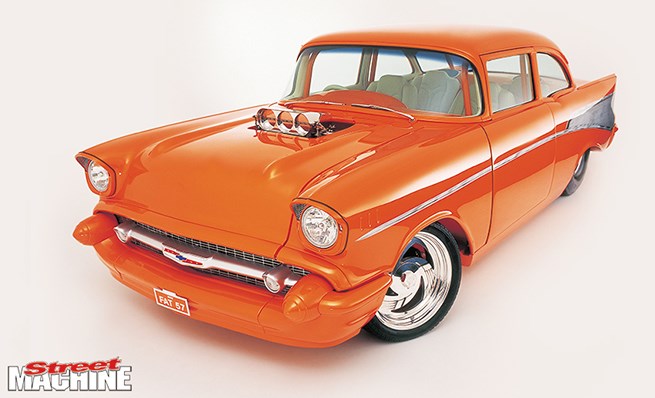 JUMP IN your DeLorean, punch 2002 into the computer and wind the speedo up to 88mph. Back then you’ll find Mark Jones’s eye searing FAT57 on the cover of Street Machine August 2002.

It was one of the most admired cars in the country that year, and it won the coveted Street Machine Of The Year trophy with its amazing stance and build quality. From the beautiful custom leather trim through to the House Of Kolor Tangelo paint, the shoebox Chevy was pure class from bumper to bumper. Mark’s ultimate goal was to win Top Judged at Summernats, and he achieved that just five months later at Summernats 15.

Mark went on to build plenty of other cool rides, like his awesome GTO coupe and a neat Chevy pick-up, but first and foremost he’ll always been known as the man behind FAT57. Don’t forget to check back next week for another Flashback Friday. 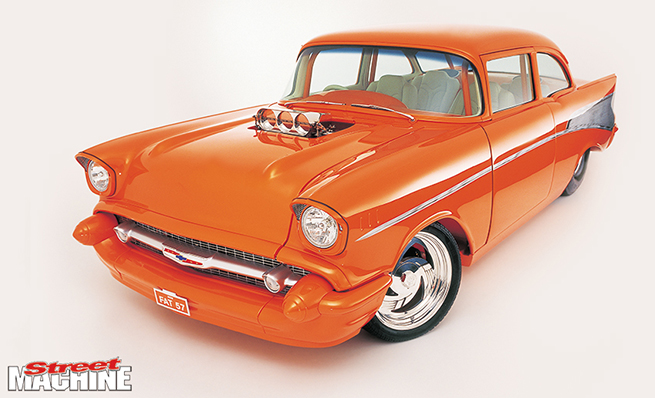 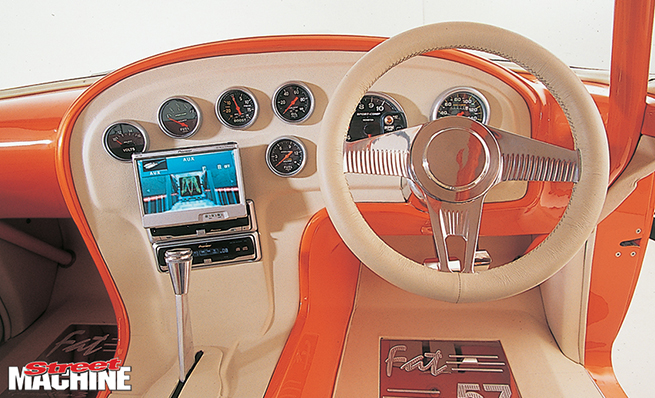 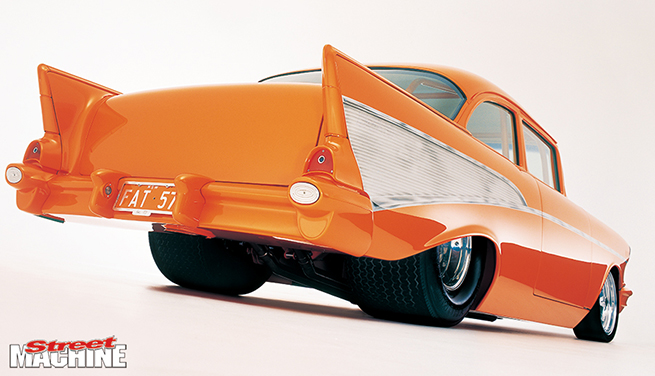 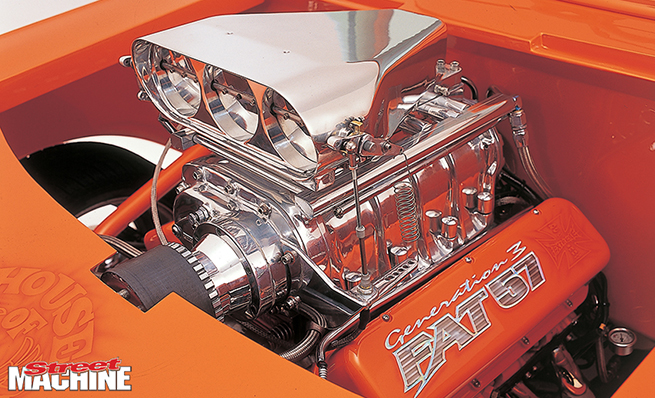 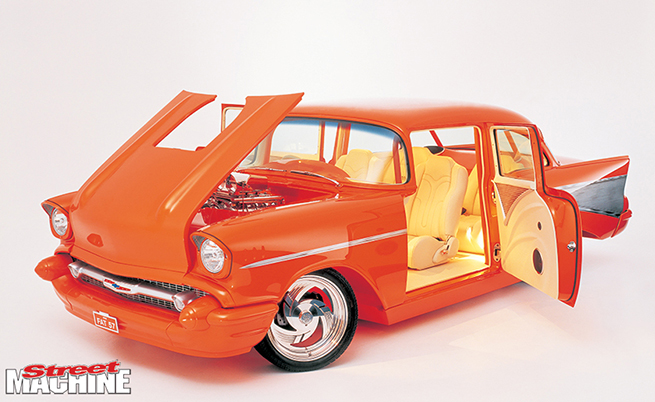 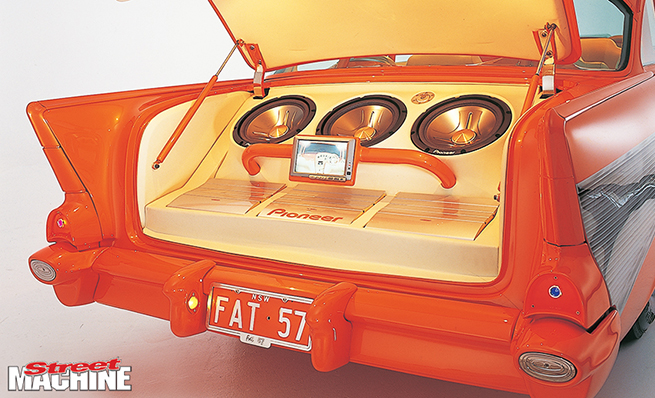