HSV’s new $85K 400kW ClubSport R8 Tourer is the most recent – and most powerful – in a long line of lion-hearted wagons. In fact, Holden has been building wagons with a bit more pulse since the 1960s, even if the focus has always been on the sedans. Here’s a half-century roll-call of tailgated Holden (and HSV) tarmac terrors that have provided mum-and-dad owners with the means to not just keep up with the Joneses, but blast past them. 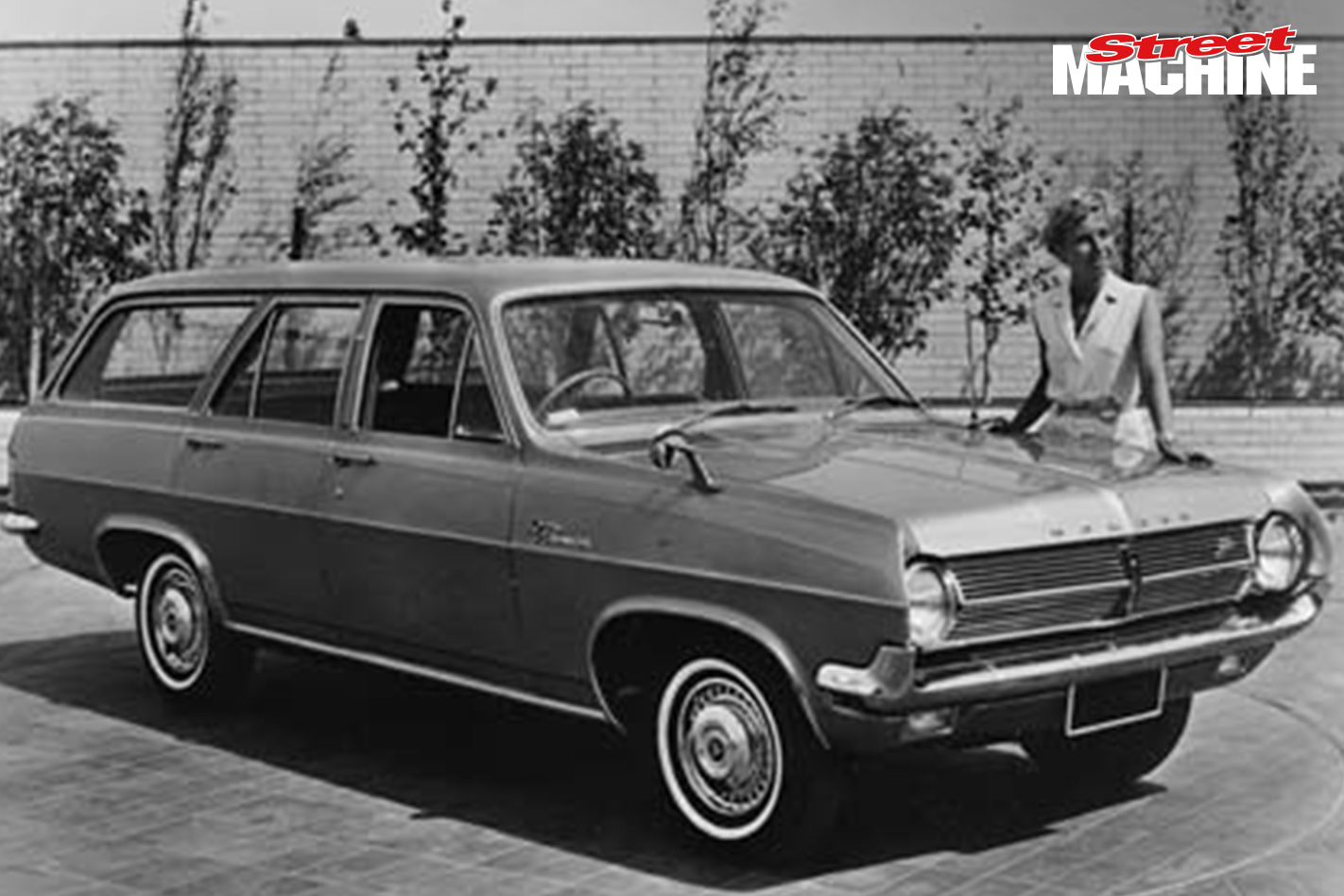 Holden’s first fast wagon of note arrived in 1965 with the HD, with the top-line X2 engine option available in all models. A few more horses for the 179ci (2.9-litre) donk was thanks to a higher-lift camshaft, twin Stromberg carburettors under a gold air cleaner housing and a two-piece exhaust manifold. The instruments included oil, temp and amp gauges replacing idiot lights. The X2 option continued into the 186-equipped HR series and was later updated to 186S in later HRs, using a single twin-throat carby rather than the X2’s two singles. 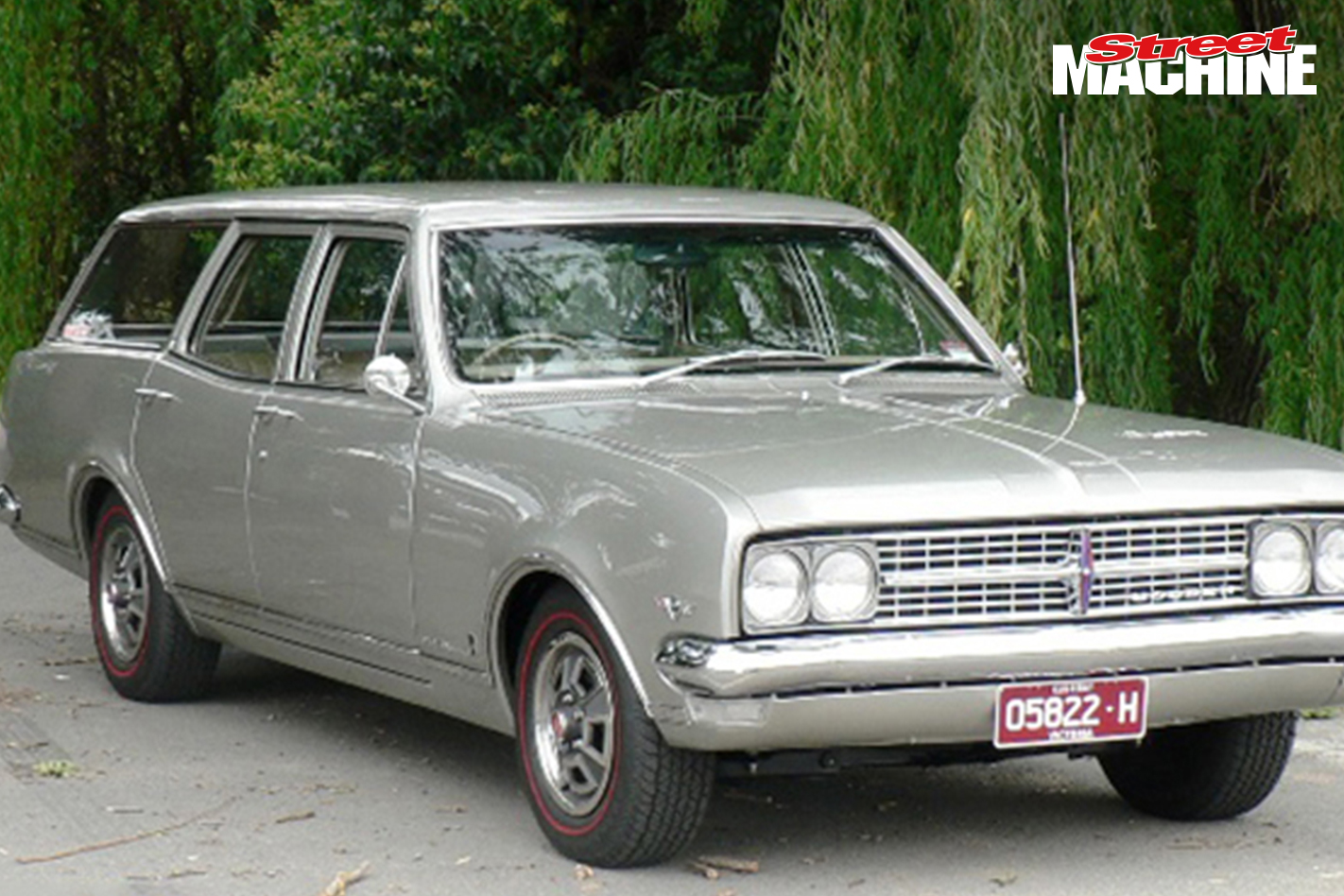 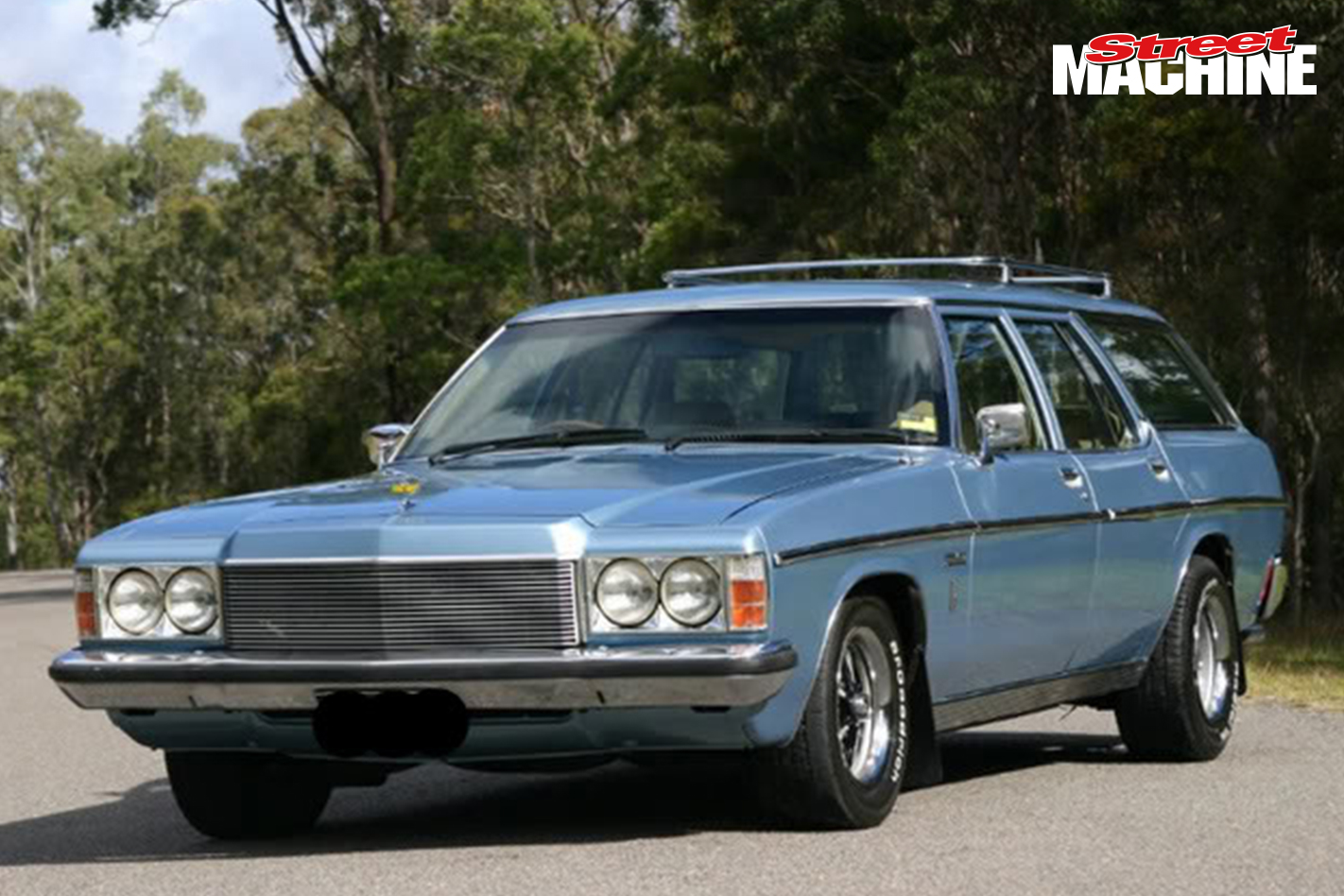 In the HQ-to-HZ series, the two locally designed and made V8s were top-of-the-tree for many Aussie family wagon buyers, who wanted the effortless torque they provided for towing a speedboat or caravan. But ever-tightening emissions regulations gradually sapped power and driveability as the 70s progressed. Despite offering a plethora of sporty models, including the SS, the GTS and the Sandman utes and vans, Holden never saw fit to do the same for the wagons, though they did offer the family-oriented Vacationer on the HZ. The king of the wagons in this era would surely be a 5.0-litre HZ Premier. 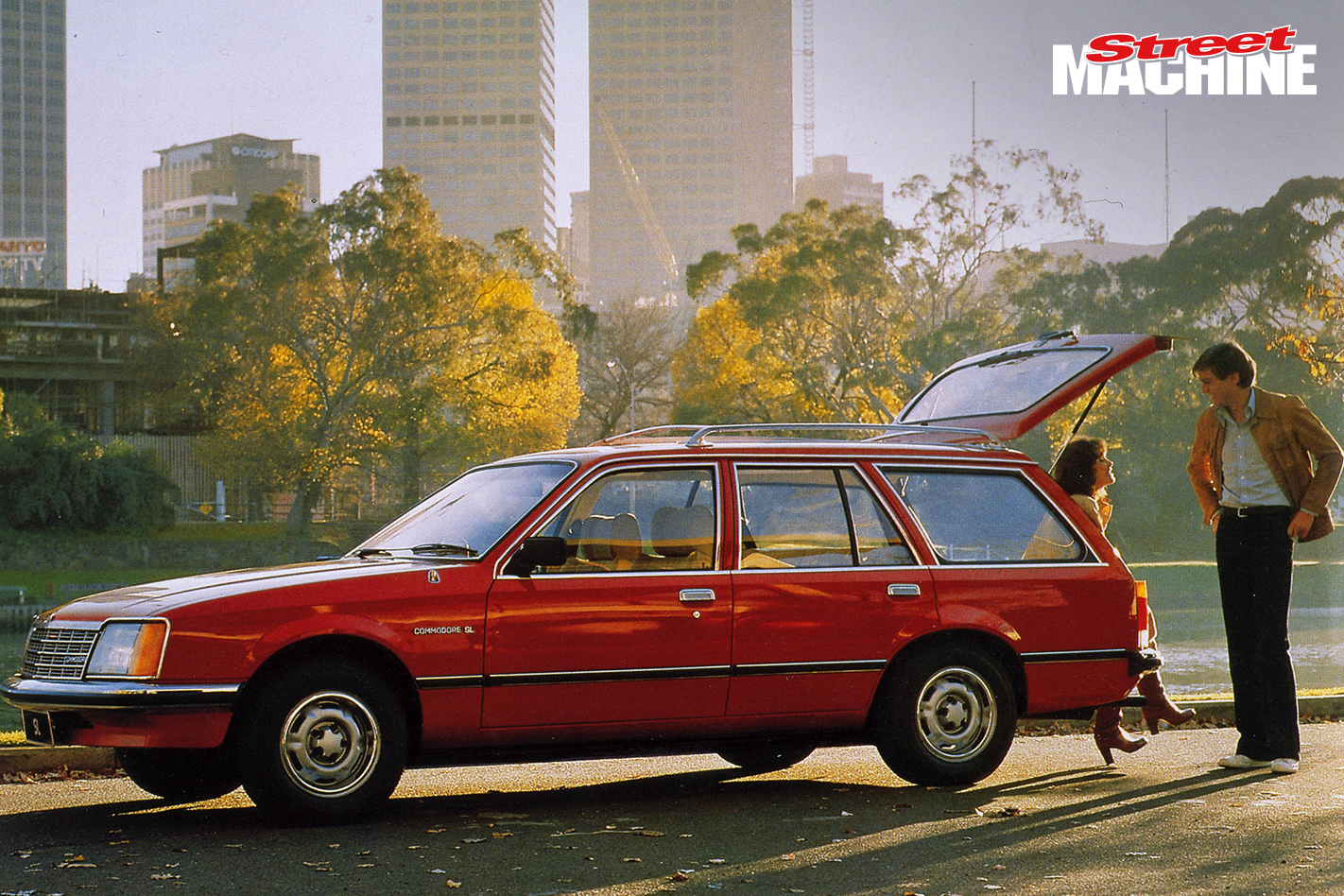 The Holden Commodore arrived in October 1978, and although its terrific handling and Euro-beating dynamics were a good start, wagon buyers had to wait until winter ’79 to buy a VB-series Commodore wagon. As with Holden’s HQ-HZ wagons, V8 power was a (rare) option but the 4.2 was as far as a wagon buyer could climb; the 5.0-litre Commodore was the sedan-only SL/E (and later, the Brock-built HDT Commodore). After most buyers opted for the optional 5.0 in Holden’s new sedan-only SS, the 4.2-litre V8 was quietly dropped later in the VH series, leaving the 5.0 as the only V8 and, for a time, wagon buyers without a V8 option. 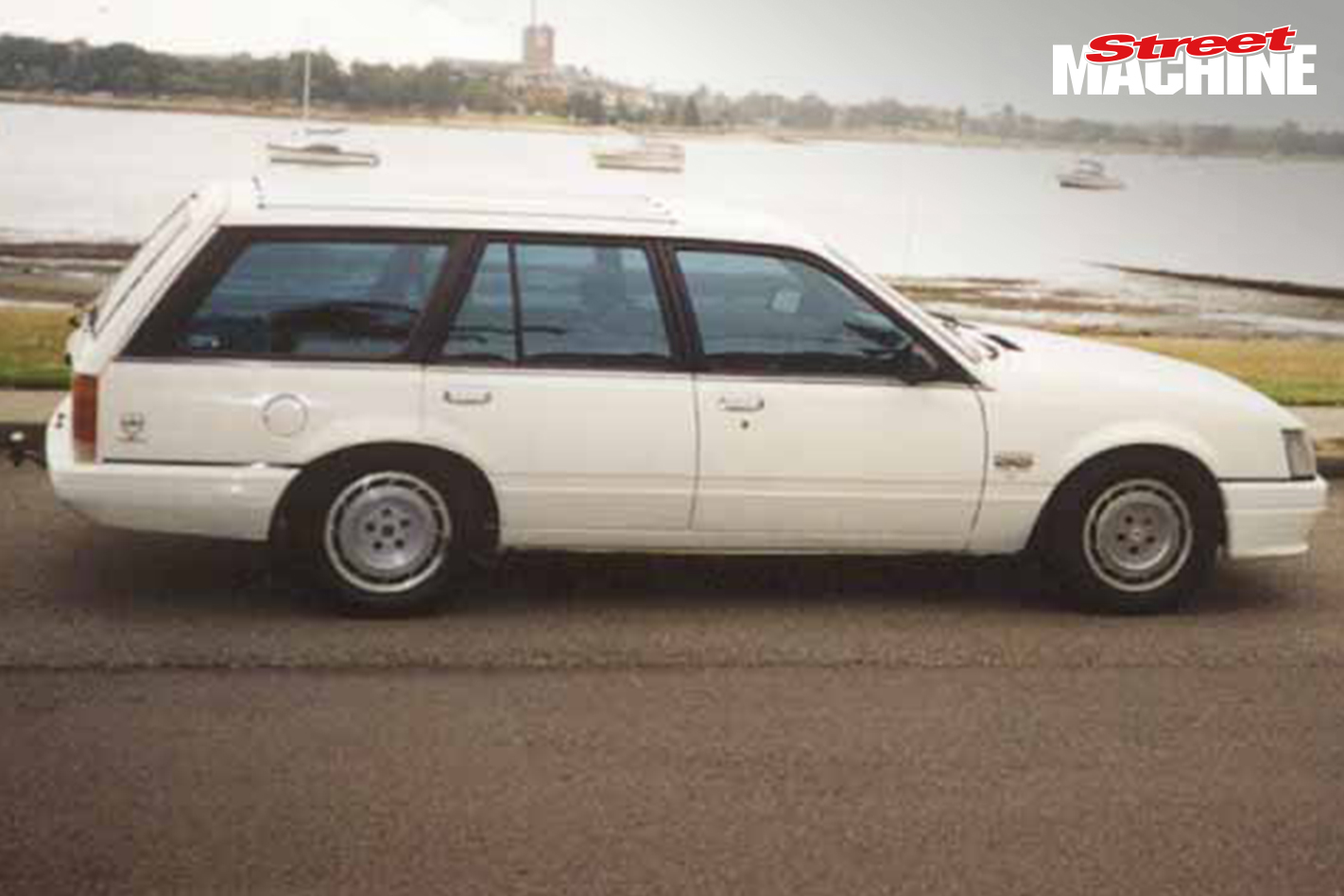 The VK series brought back a V8 wagon option (5.0-litre and auto), but the real sizzle arrived for wagon buyers with the launch of a turbocharged fuel-injected alloy-headed OHC six-cylinder engine in mid-1986, a few months after the VL series arrived. 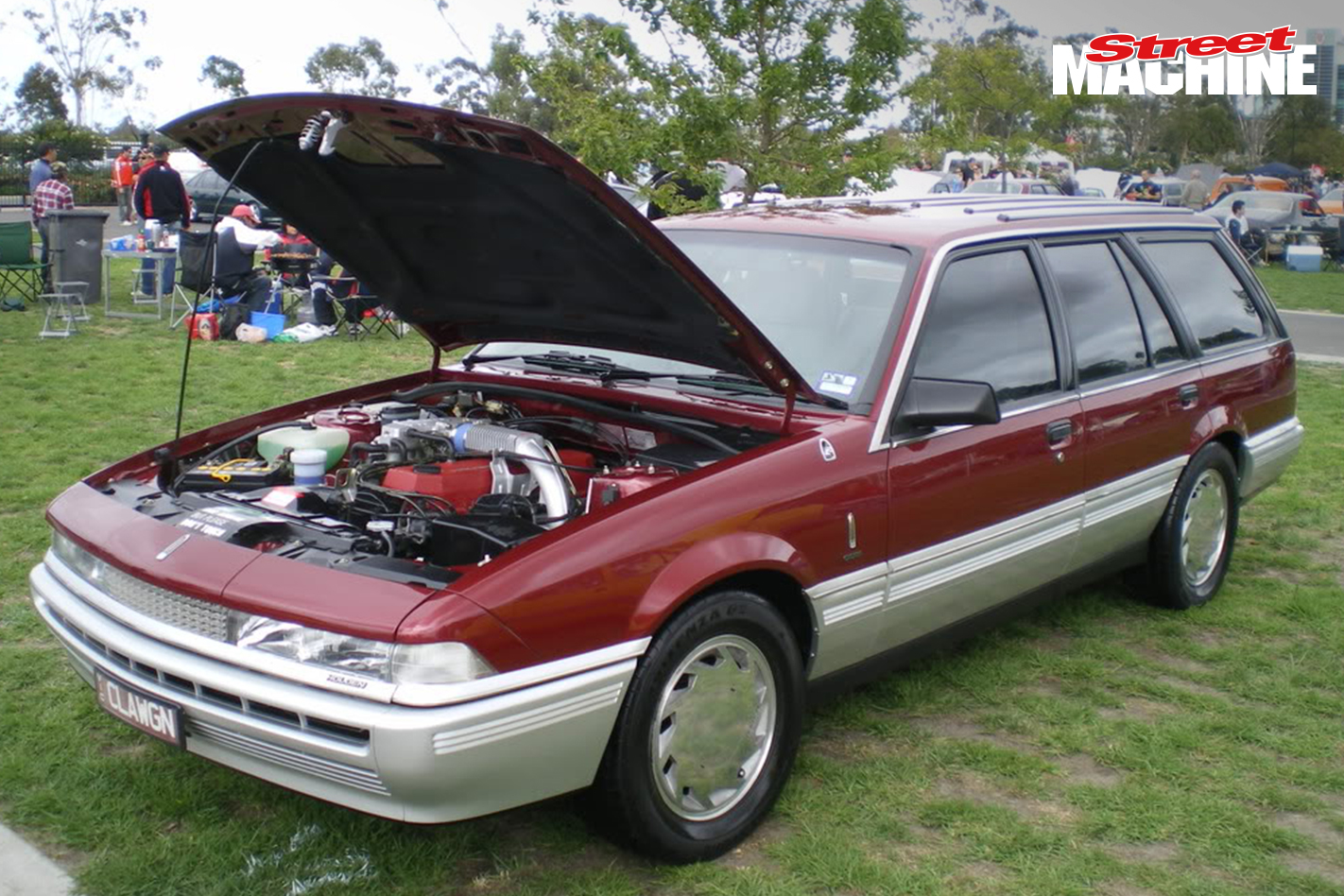 Like the VL’s standard six that had replaced Holden’s long-serving pushrod item, it was built by Nissan to suit new-to-Australia unleaded petrol. The VL V8 arrived later again (the time lag was due to the fact the V8’s heads had to be re-designed for unleaded petrol) and, with the availability of a Calais wagon, Holden wagon buyers at last had real choice for performance: the high-tech turbo six or the lazy, unstressed V8 in three wagon models.

In July 1989, the year after the controversially styled 3.8-litre V6-powered VN series popped out of its jelly mould (that was the joke getting around at the time!) Holden debuted a very different, very effective and very cool 165kW electronic multi-point port fuel-injected version of its V8. The new injected 5.0, with its distinctive ‘bunch of bananas’ intake manifold, helped create very fast family wagons. 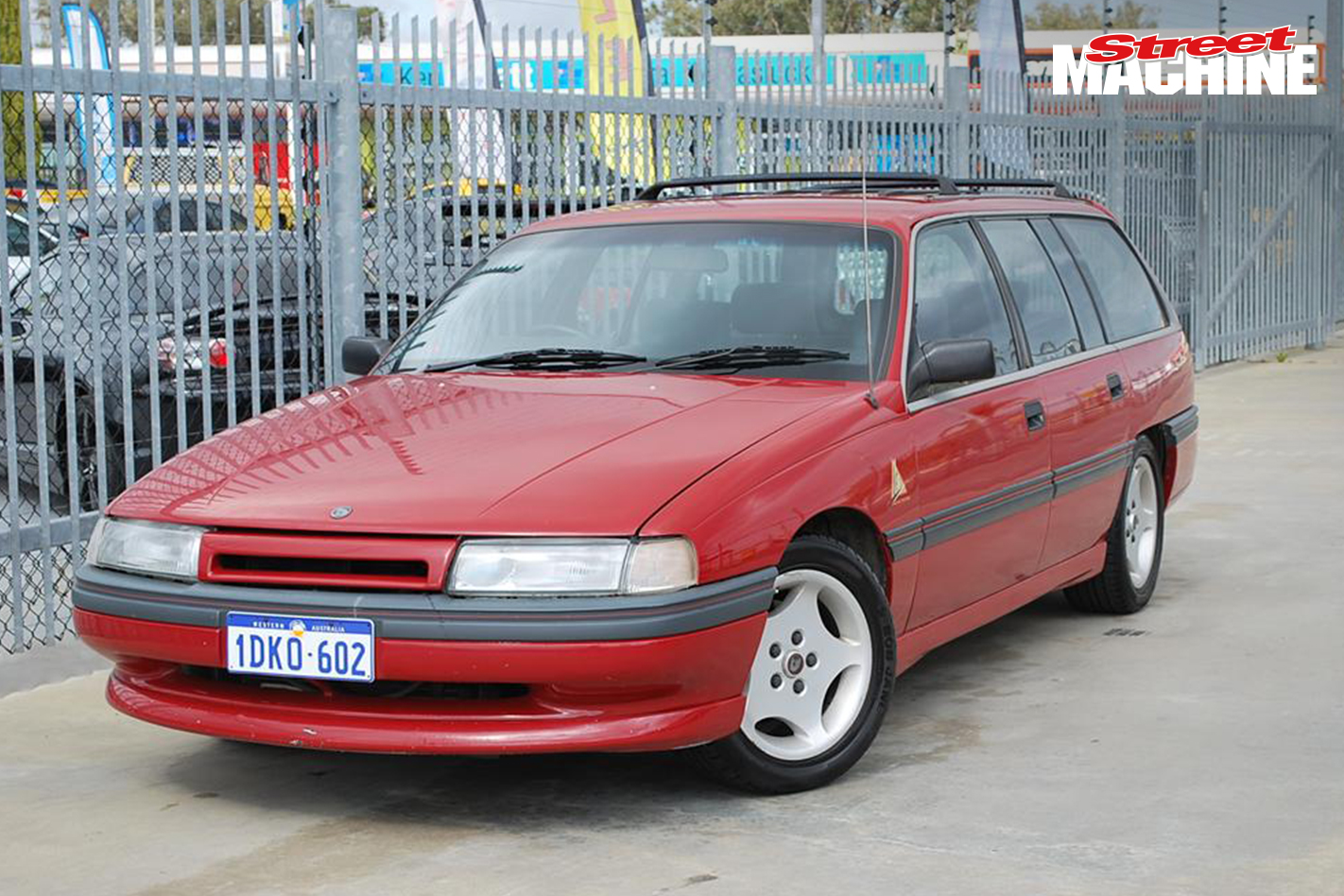 It also marked the start of a series of hot wagons from Holden’s new performance vehicles division, Holden Special Vehicles (HSV). HSV’s VN-series LE wagon was powered by a 180kW version of the 5.0-litre, while the Manta wagon was HSV’s family wagon offering in VS and VT series. HSV brewed a top-line VT Senator Signature Estate, too, with the VT1’s 195i (5.0-litre) and 220i (5.7-litre) engines, and later VT II’s all-new 250kW 5.7-litre LS1, complete with the big red brakes from the GTS, too, if you wanted them. 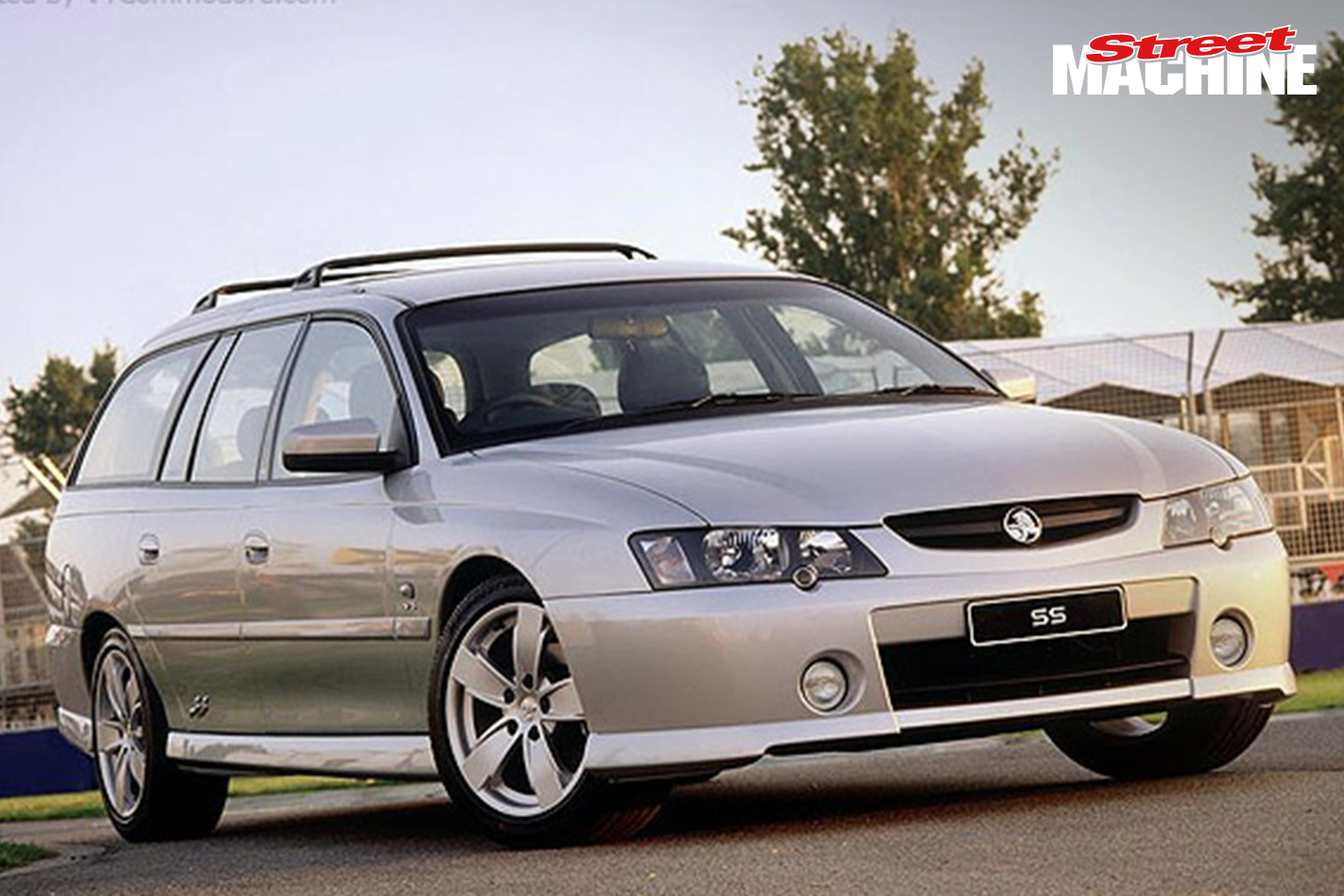 The new LS1 proved quite economical (less than 10L/100km without being too sensible), which allowed more family buyers to justify owning one, including in family wagons. Holden’s adoption of independent rear suspension for VT and later series made the wagon a tidy handler, too. In 2003 Holden announced a VY-series SS wagon, available in red or black. It was followed by a VYII series in red or silver. 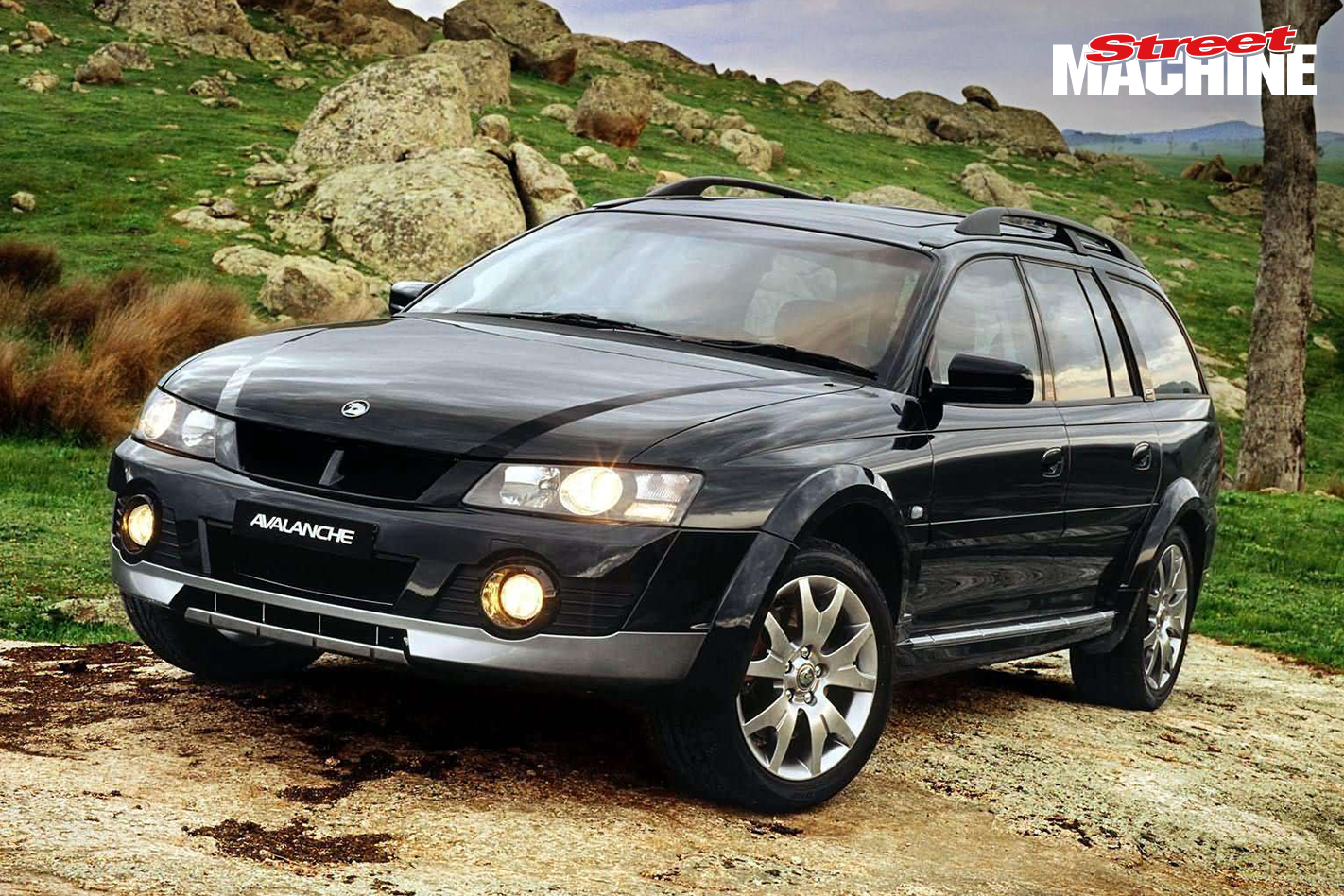 Yet another variation on the wagon theme was the all-wheel-drive Adventra, Holden’s foray into the ‘all-road’ market, available as a V6 or V8. It was a thirsty critter and not particularly capable off-road. There was even an HSV version dubbed the Avalanche. 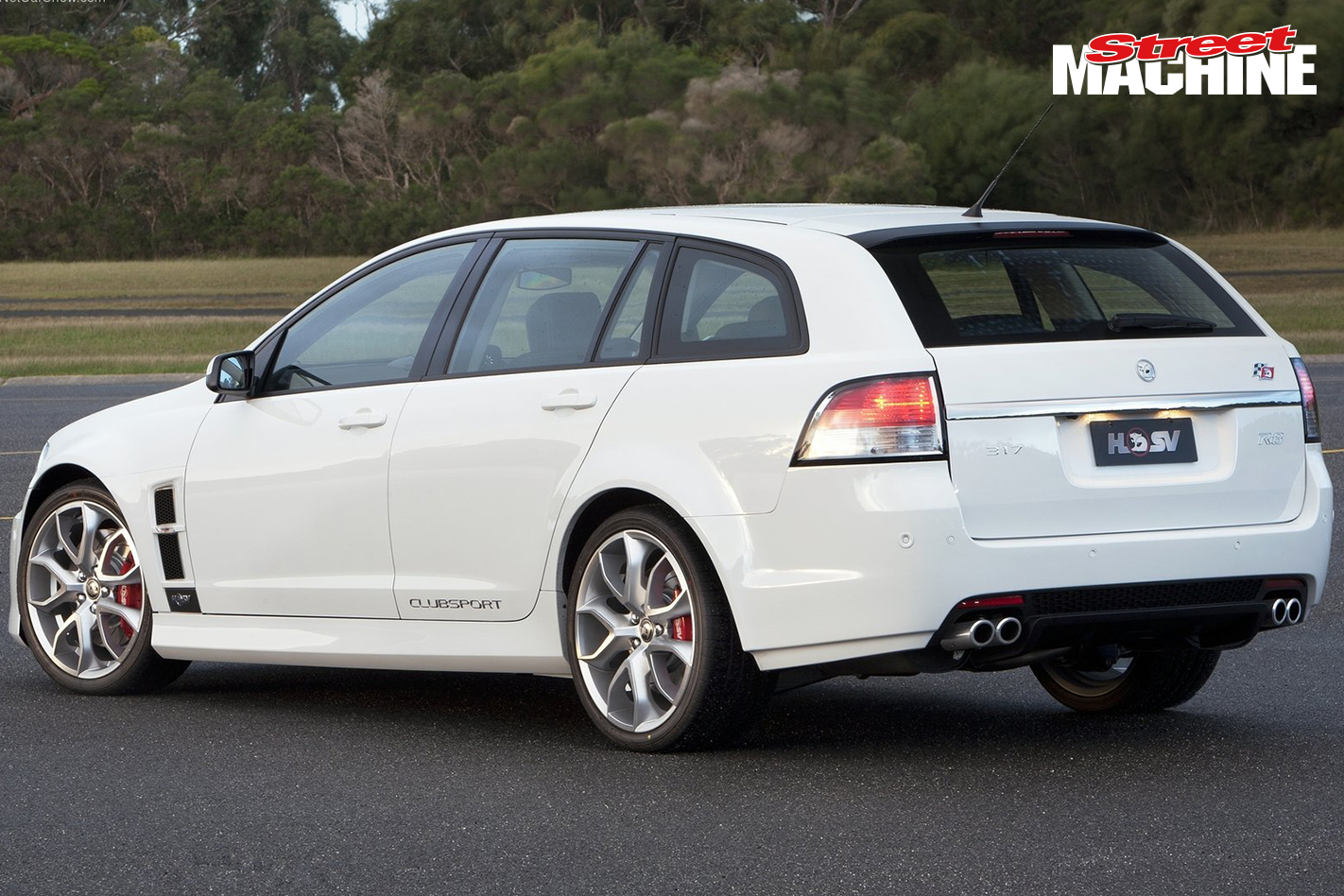 Unlike most Holden series, where wagons were only available in lesser trim levels, the VE series Sportwagon was available from its launch in 2008 all the way to the top-rung Calais V, with a 6.0-litre V8. There was also an SV6 – the sporty wagon you have when you can’t quite ‘do’ a V8 – and HSV adopted the Sportwagon, too, renaming it the ClubSport Tourer for VE and VF series.

So it is fitting that the Australian-made wagon is going out with a bang: HSV’s Gen-F II ClubSport Tourer with the supercharged 400kW LSA mill. It is available only with the auto trans, and costs $85,990. 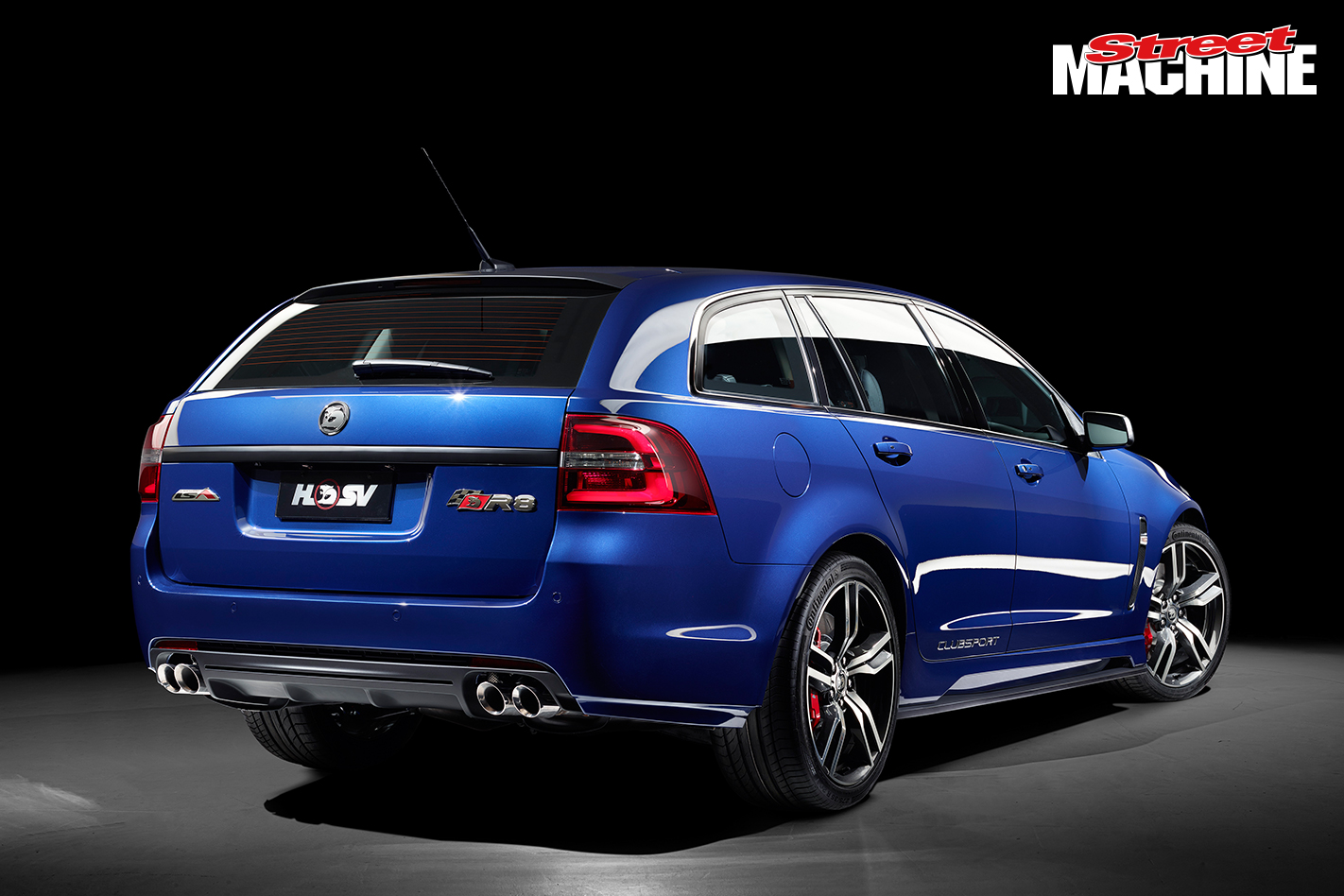 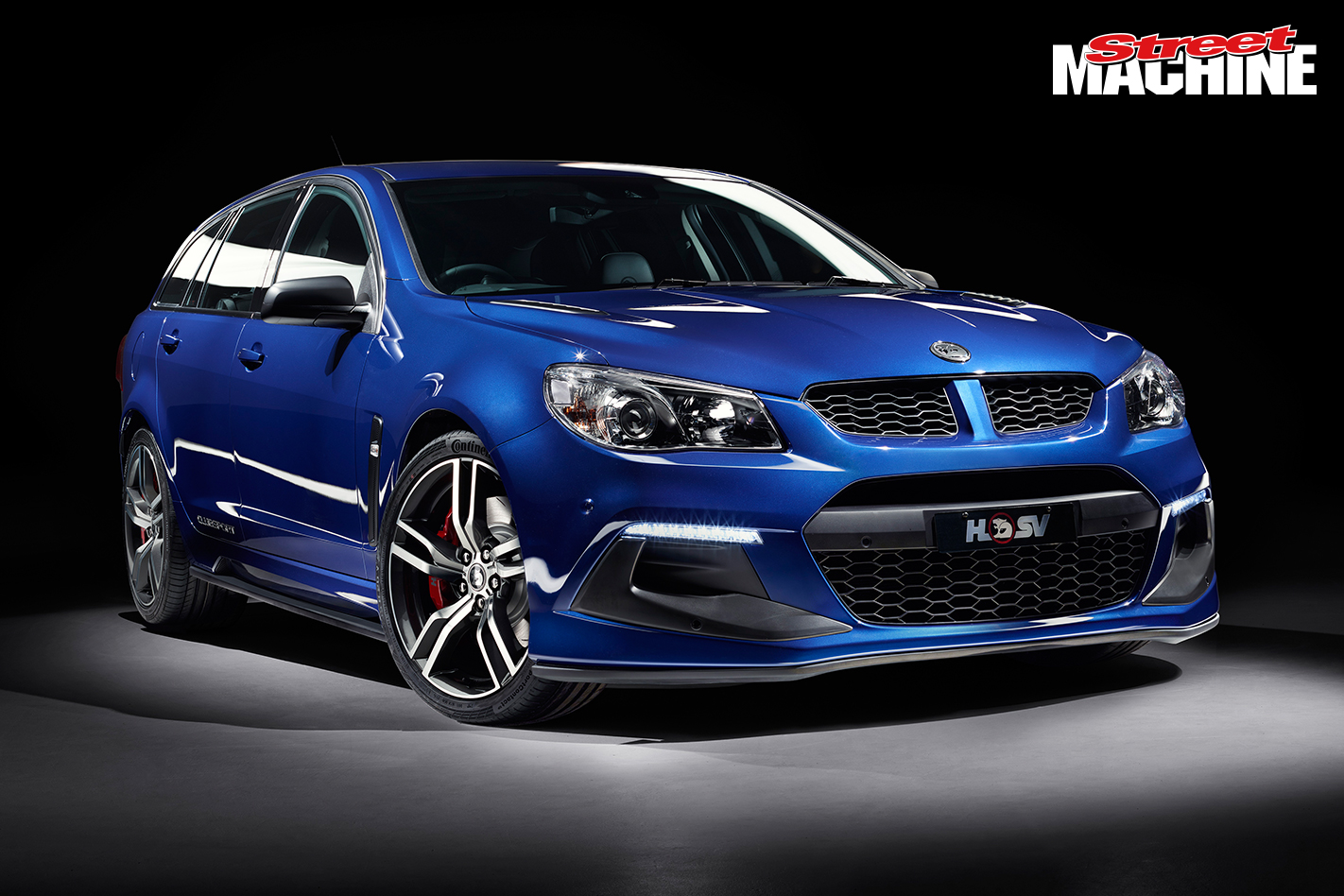 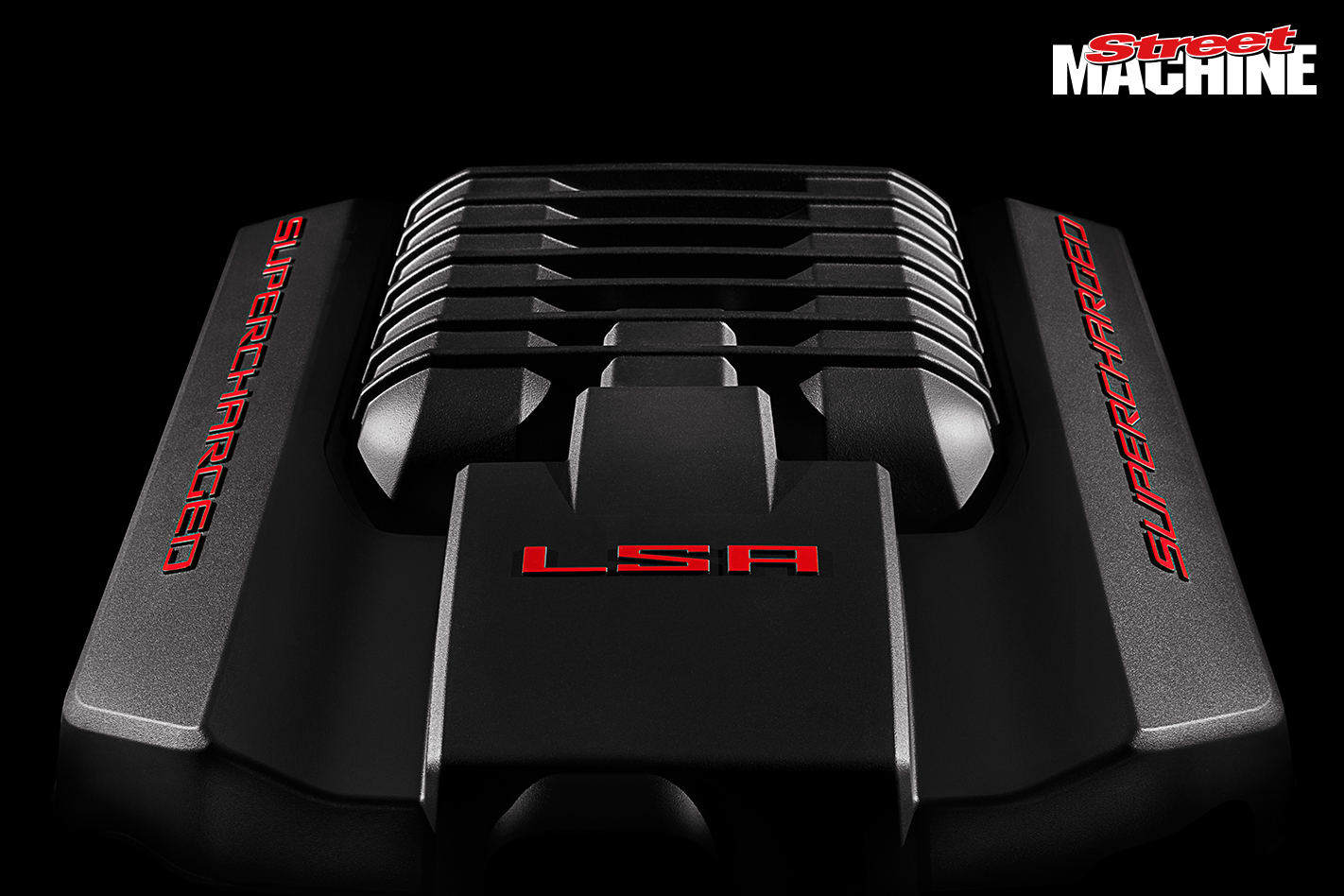