BLOKES love a good LS swap these days. They’re madly jamming the alloy pushrod donk into all makes and models around the globe, including a bunch of legendary Ford and Chrysler muscle cars of late. So what happens when a guy like Glenn Watson decides to go against the grain? You get a Ford-powered HG Belmont sleeper that runs 10s and still does the daycare run several times a week! “I had not long sold a tough VH Commodore, so I had some spare cash to get stuck into something,” Glenn explains. “I wanted an HK-T-G Holden so I contacted my mate Joel Blake to see what stockers he had for sale,” he said. “He had a Kashmir White HG Belmont, so I went around and snapped it up quick smart. I drove that a handful of times and, being standard and slow, it soon came off the road for a heart transplant. “When I set out my main focus was to build a quick car on a budget. Every man and his dog are doing LS conversions, and building a healthy first-generation small-block was going to blow costs out. I had to keep it a bang-for-buck deal and I wanted to do something no one else in Australia has done before. I wanted to put a Barra in an HG!” Most of the work went into getting the huge four-litre DOHC in-line six set up correctly in the HG subframe. Glenn ended up having to chop into the stock crossmember and also the FG Falcon sump to get the big six sitting sweetly between the rails and away from the Holden’s huge steering box. The BF-era Barra six didn’t need much work, so only copped PAC valve springs, a custom intake plenum, 45mm Turbosmart external wastegate, custom 3.5in exhaust, plus twin Bosch 044 pumps feeding a set of 800cc Siemens injectors. A Holden Frontera donated its radiator and the thermo fans are from a Ford Mondeo, but otherwise the donk is how Glenn bought it. 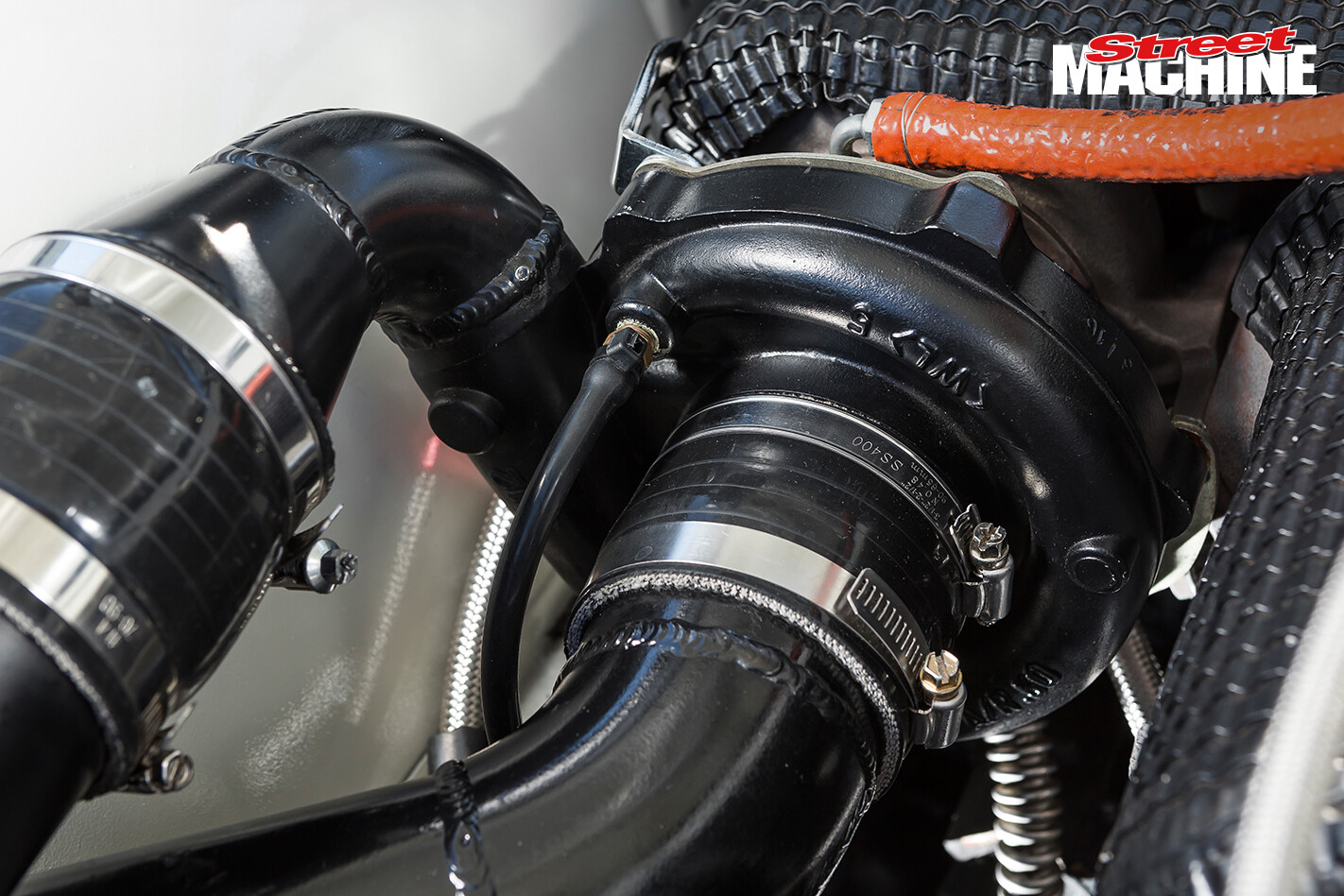 “There is no special sauce with this motor; it is just a stock 170,000km old wrecker motor with a $700 plenum and $180 eBay injectors. These motors respond well to a few mods and are very torquey off-boost thanks to their four-litres of capacity. All up the motor as it sits owes me $3000 and it has done 370hp at the wheels!” Glenn trod a different path with the transmission, choosing a Jatco 4R03 four-speed auto from a Nissan Patrol. Why  not use the Falcon auto? ’Cos it wouldn’t fit without modifying the trans tunnel. Joel from JD Transmissions modified the valvebody, added a deeper pan and made a custom adapter to fit to the XR6 bellhousing on the back of the Ford in-line six. The overdrive auto uses a modified Nissan 3100rpm converter with a Territory rear half mated on the back, while the tailshaft is a 3.5-inch unit with a billet front yoke and 1350 unis, passing horsepower down to a VL Commodore BorgWarner BTR78 diff that copped a full spool and 28-spline axles. 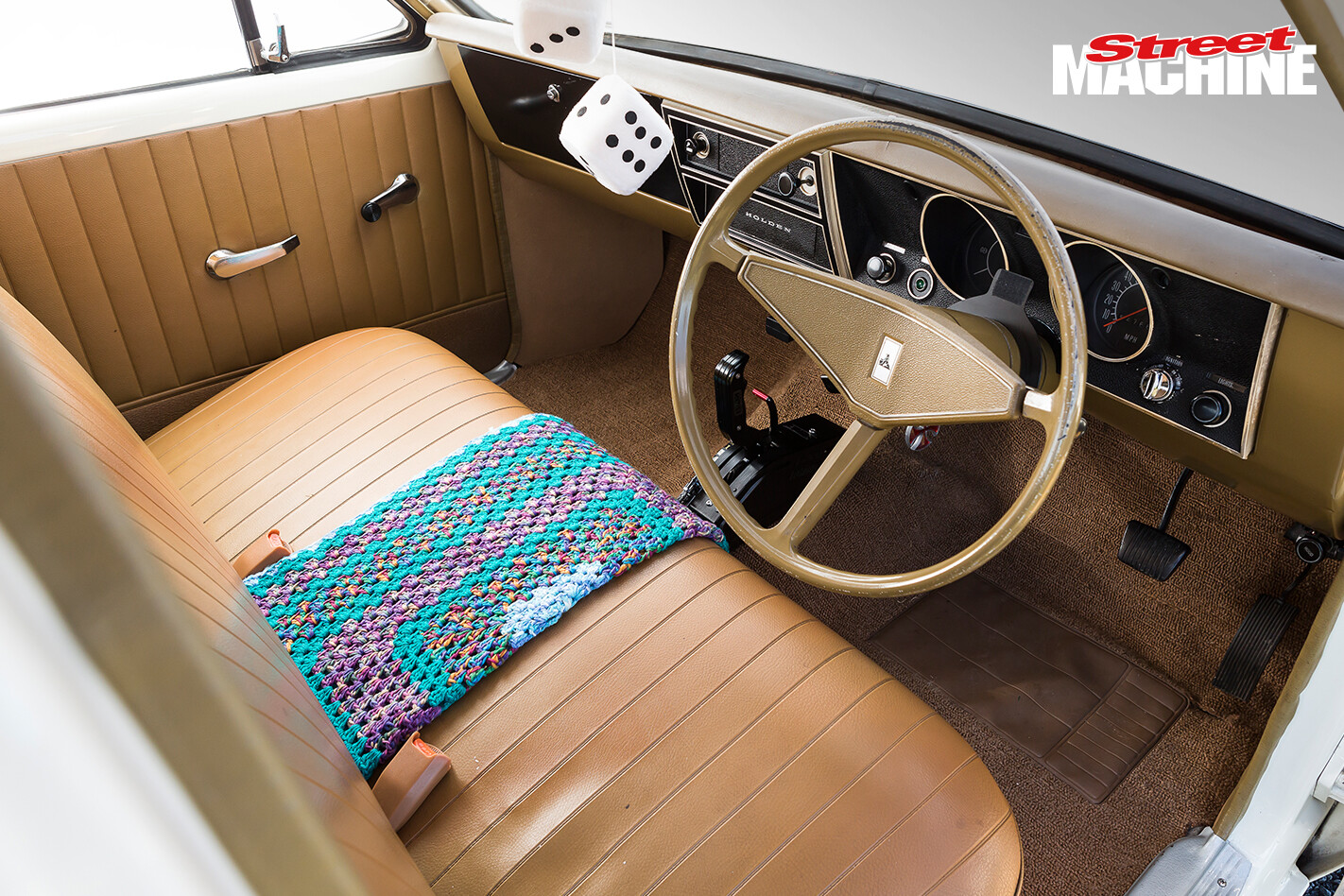 To keep the sleeper theme raging, Glenn has kept stock HG steering and brakes, with reset leaves, 50/50 Pedders shocks and homemade CalTrac bars in the rear, with Pedders 90/10 shocks up front and fresh rubber bushes all ’round. Fat rubber would give the fast car game away pretty quickly, so Glenn kept the 14x5-inch first-gen Belmont steelies wrapped in 185/75 cheese-cutter tyres. So far the white knight has run a best down the strip of 10.85@123mph, on its first outing. There is still plenty of headroom left in the set-up, though Glenn isn’t in a hurry to go setting the timeslips on fire just yet, as he sees it as a family car first and foremost. 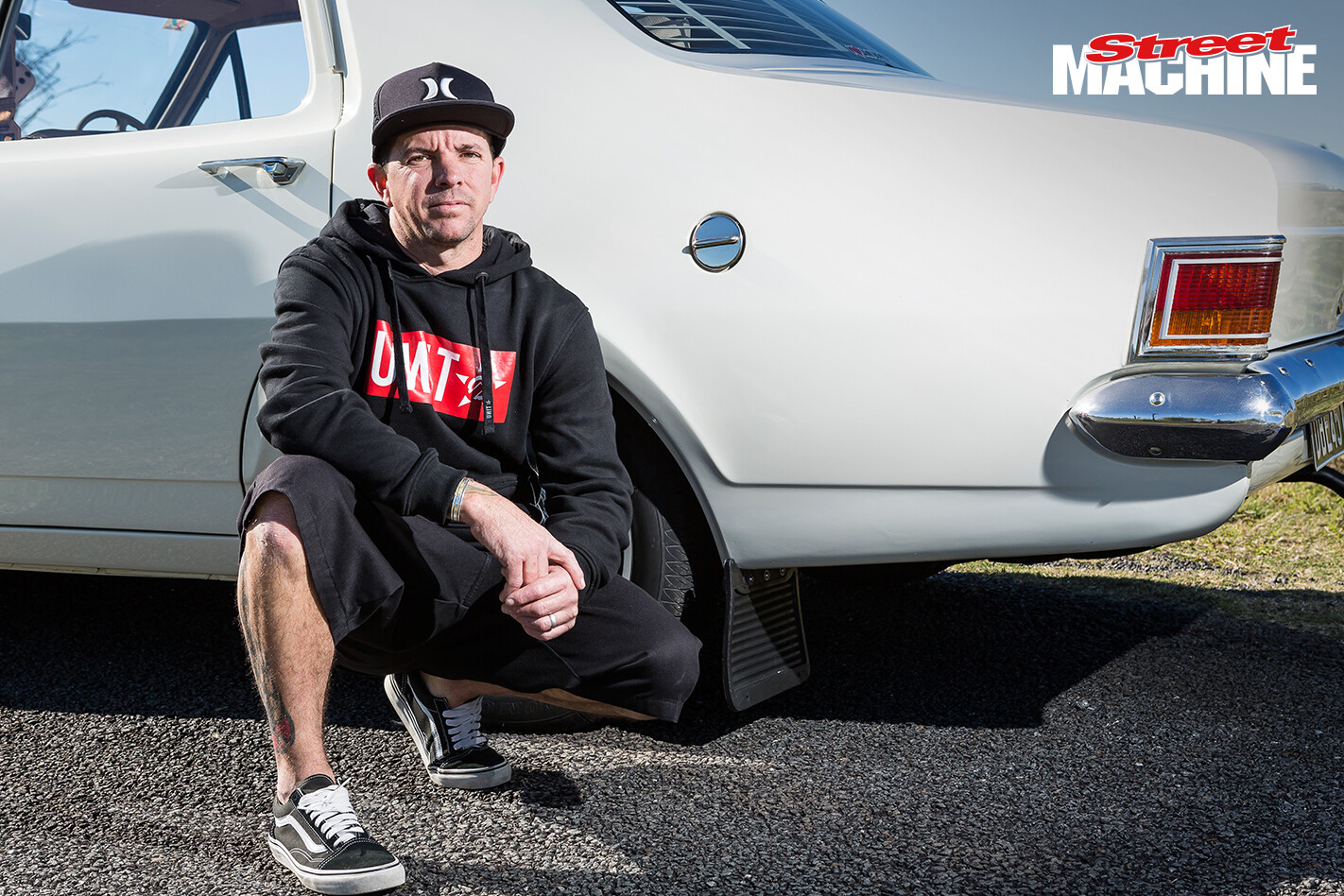 “The most rewarding part of this project was building a quiet sleeper; it runs 10s and no one is any the wiser!” he says. “I haven’t even tried going fast yet, as this is a family cruiser that I pick my little fella Jai up from daycare in three days a week. “One day I’ll put it on E85 and maybe replace the stock turbo with a GTX Garrett or Precision and chase a nine-second slip. But at this stage the main focus is on enjoying cruising the Belmont around.