PART of the reason Dad’s story never got out was because he had to do it all on the sly,” says Rob, son of the late Wayne Draper. You mightn’t know Wayne’s story, but you’ll certainly know his cars. The XE Falcon Phase 6 you see here is his master work – but is neither the beginning nor the end of his story, which began in 1970 in the design department at Ford Australia in Broadmeadows, Victoria. 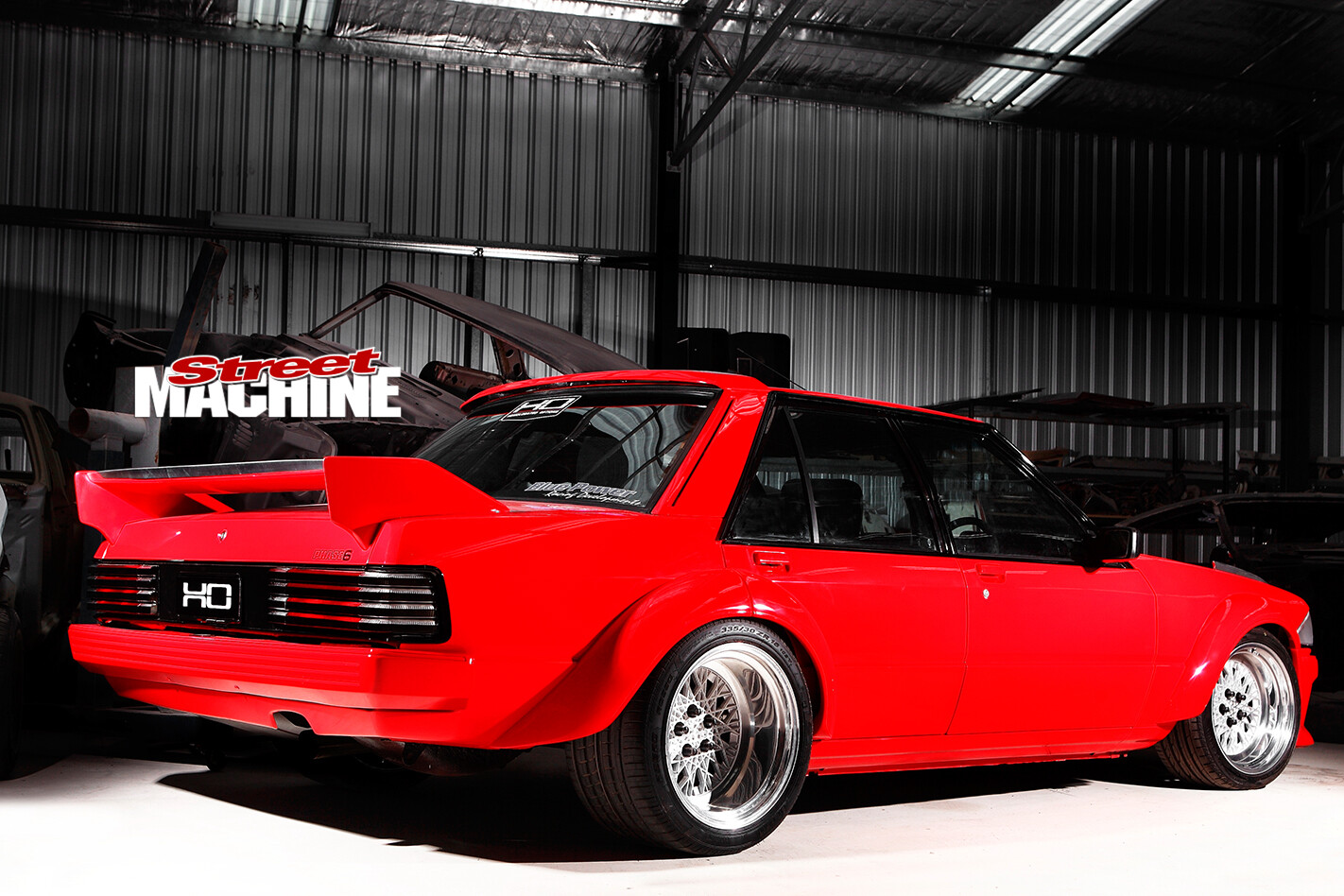 Draper’s first project, working alongside the then Ford racing team manager Howard Marsden, sealed a lifetime love of Blue Oval muscle. “When he started at Ford as a rookie he was working on the original GT-HO, and the wonder and fascination and obsession with those cars ... he never lost it until the day he died,” Rob says.

Allan Moffat drove the Phase III to Bathurst victory in 1971, but by ’72 the supercar scare had killed the Phase IV. “All the designers at Dad’s wake told stories of how pissed off he was that they were dropping the GT-HO. They didn’t want to do it, so he had to do it on his own.” 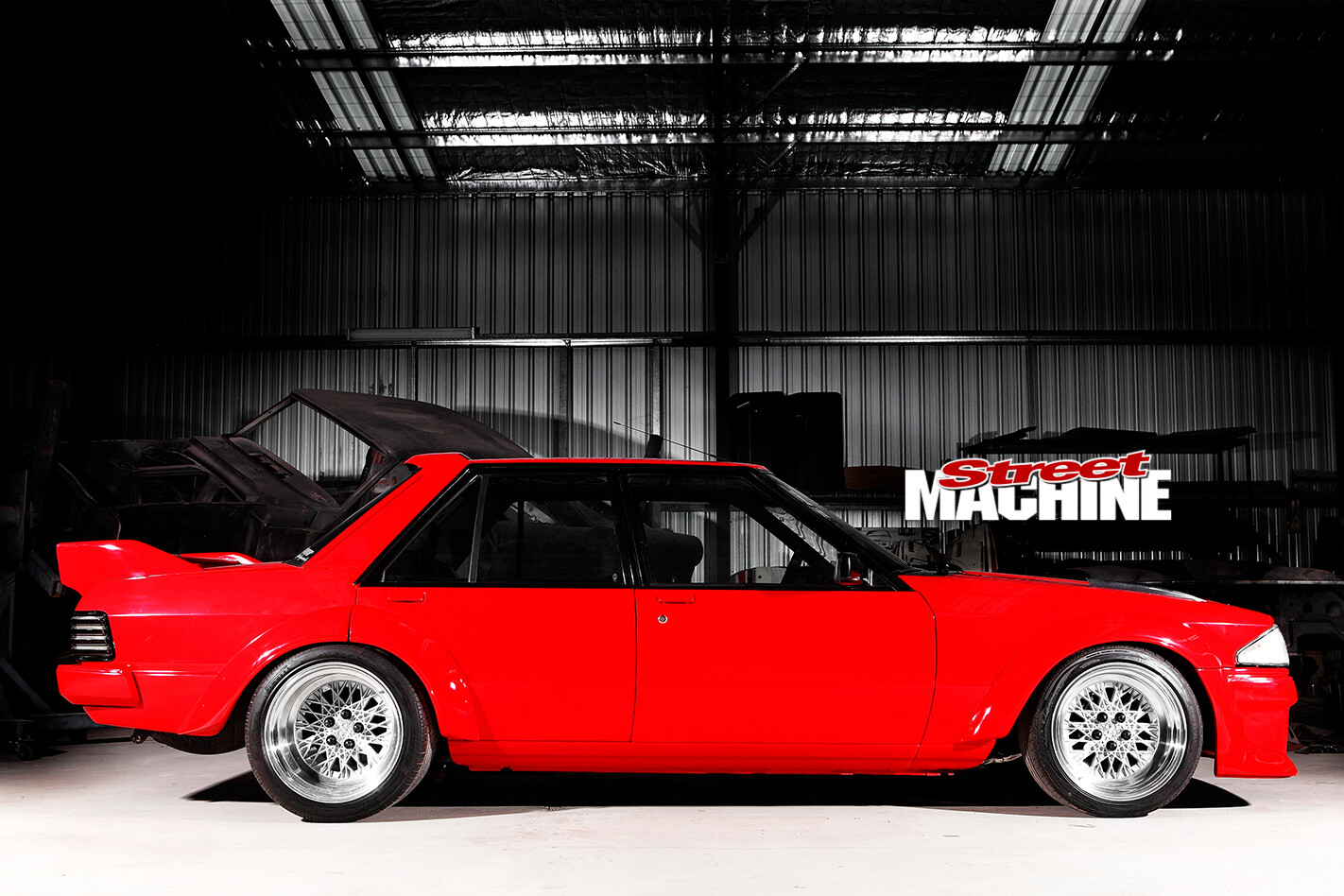 In the late 70s, Draper, who was now a senior Ford designer, began developing the XD-based Phase 5 to homologate the Falcon for Group C touring car racing for drivers Garry Willmington, Murray Carter, and Moffat. Draper remained a silent partner – in the beginning, as far as the Ford bigwigs knew, the Phase 5 was the work of McWilliam and CAMS delegate Carter. “They were doing a test day with Moffat and the Ford suits rocked up. Dad was there, and there was a bit of a confrontation. Dad got told, ‘If it wasn’t you that did this we’d fire you – and you’re lucky they’re quick.’ 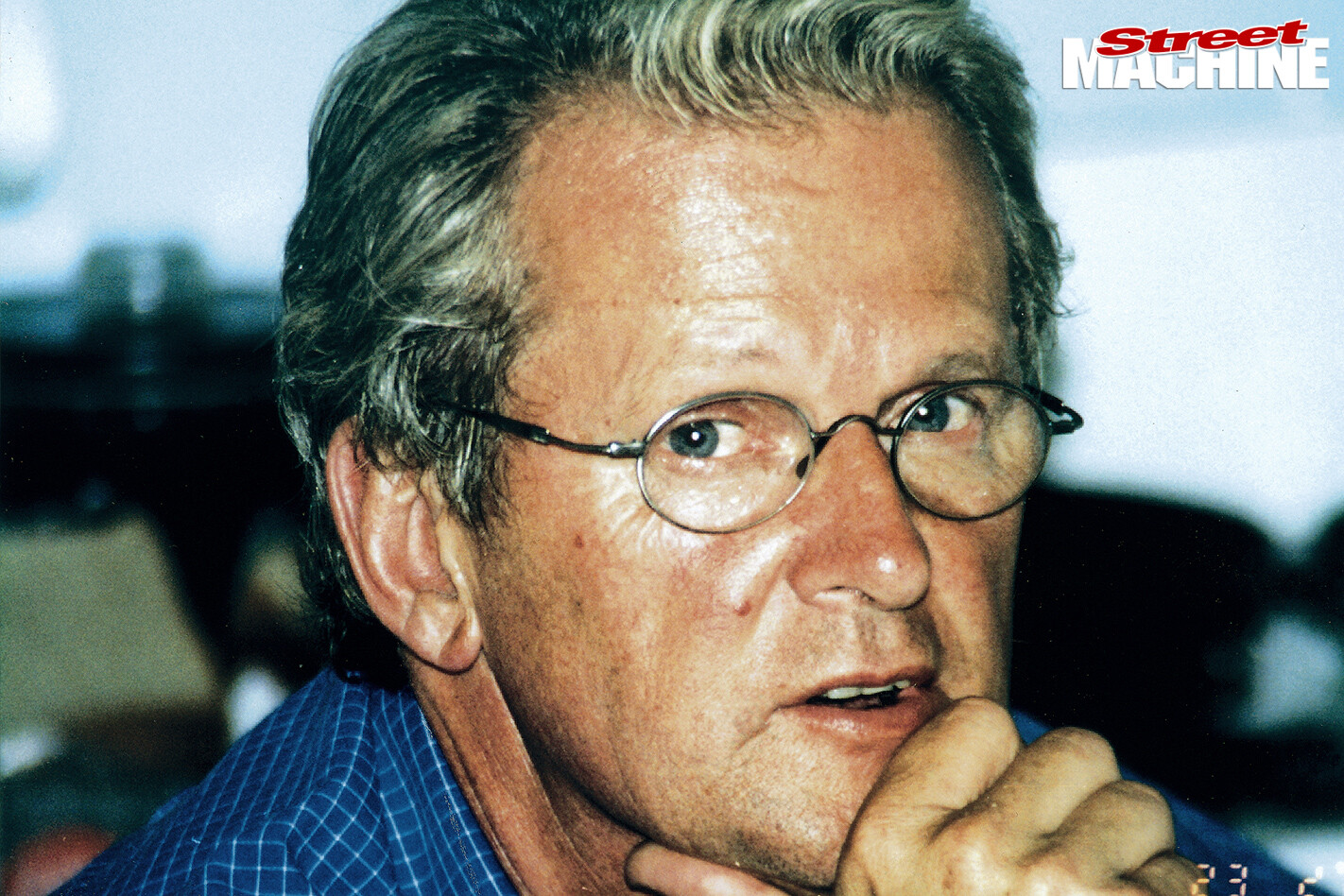 “They were pissed off,” says Rob. “He used their clay; he used their wind-tunnel!” But the XD Group C proved as popular with privateer teams as it was competitive, giving Ford a no-cost presence in local tintop racing. After that, says Rob, “He was in their good books again.”

Draper’s company, now known as Homologation Options (which is, in fact, the original meaning of HO: “Howard Marsden changed it to Handling Option,” Rob says) continued with the Phase 6, which was to be Moffat’s next Group C race car. Rob says his dad was “a massive fan, so he wanted Moffat racing his car, but Ford let [Moffat] go ... again”. Instead, the flares and front and rear spoilers of the Phase 6, like those of the 5, found their way onto countless privateer XEs. 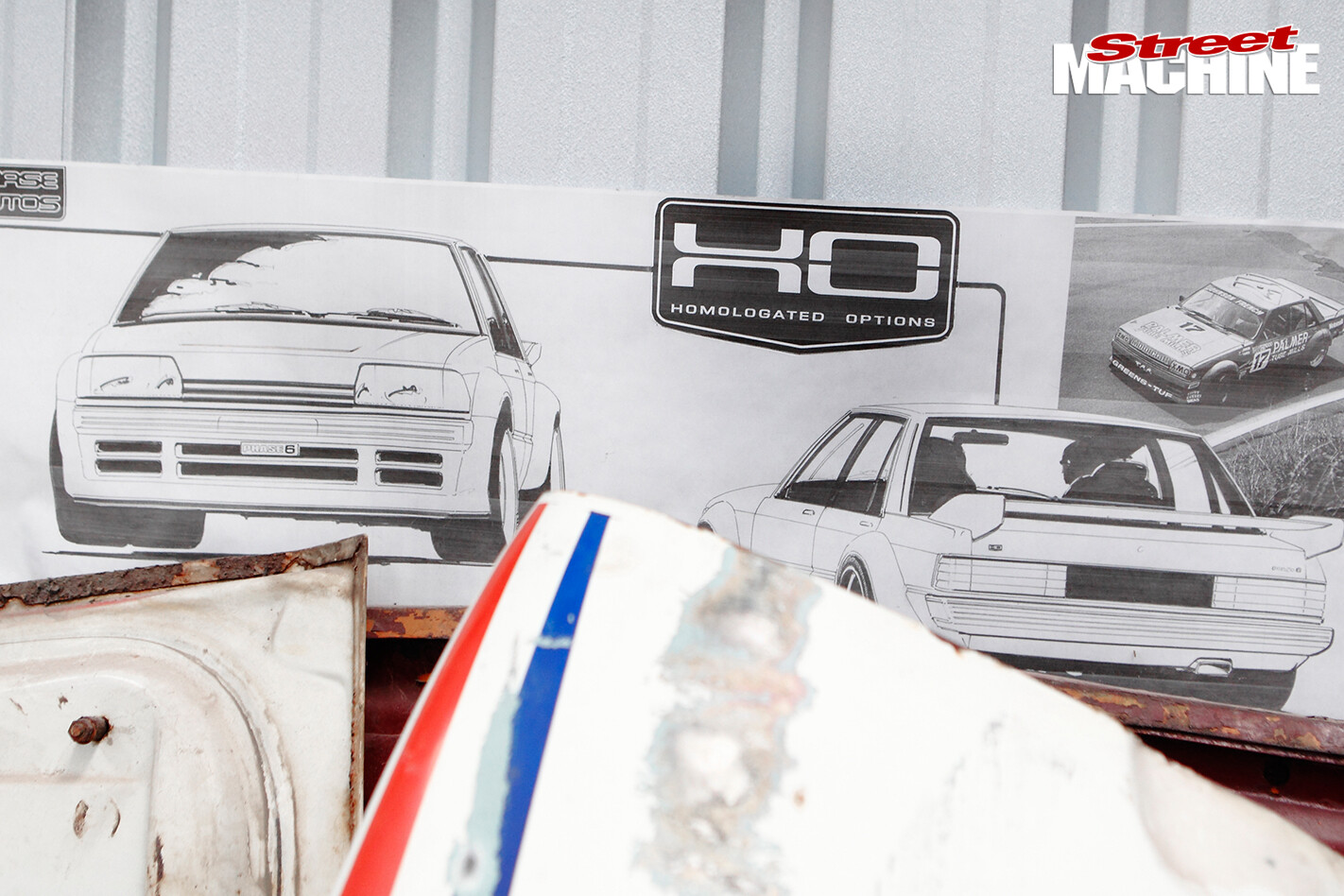 When Ford dropped the V8 in 1983, Wayne was out of Phases until the bent eight returned in ’91, but Wayne’s design proposal for the reborn EB GT was rejected in favour of the unloved Clive Potter design.

Not long after relocating to Strath Creek, Victoria, in 2008, the new Homologation Options headquarters was destroyed in the Black Saturday bushfires. Wayne worked to rebuild the business, but in July 2009 suffered a further setback when he was diagnosed with cancer. 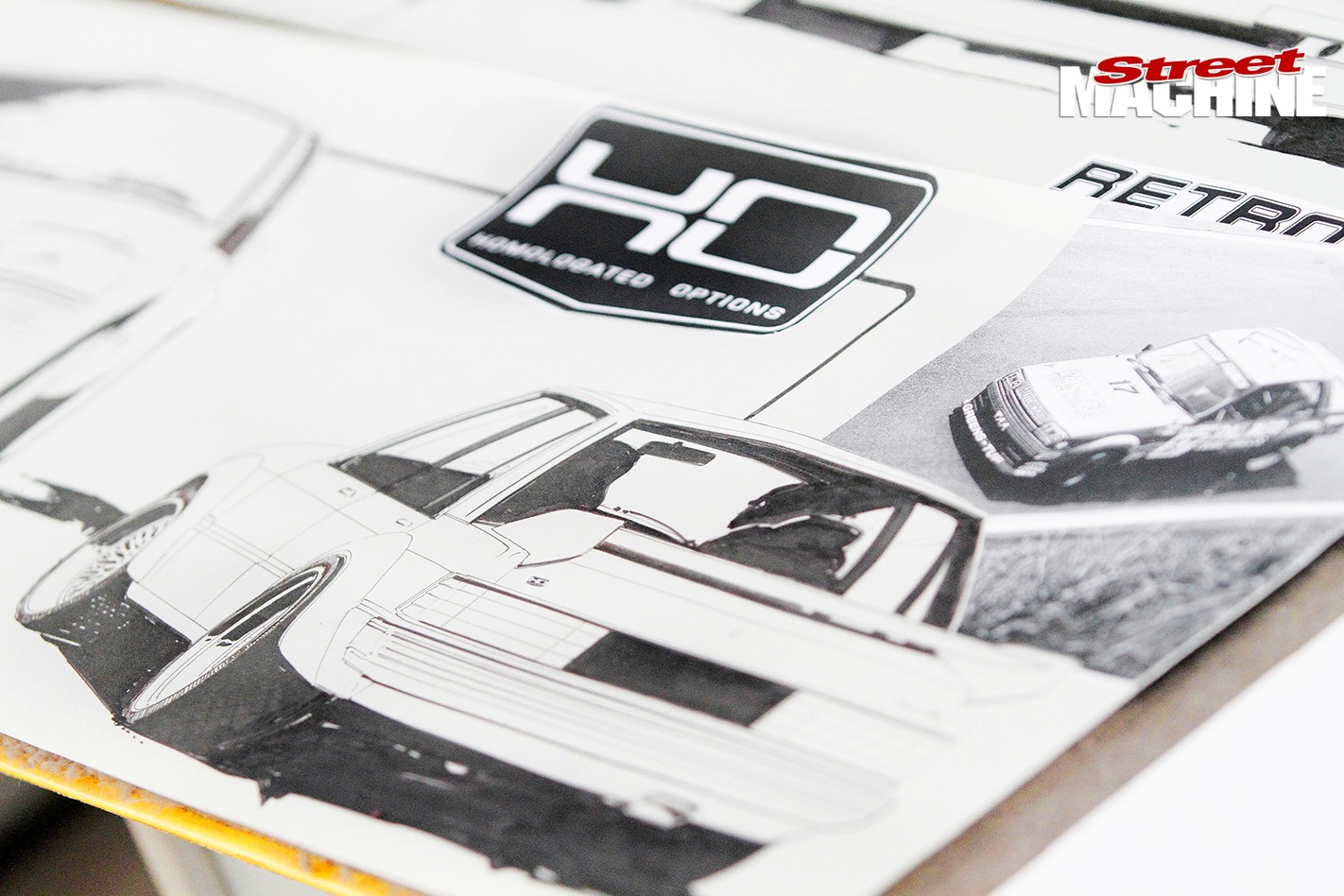 In 2011, Draper, with HO right-hand man Denison Phillips, sourced a silver ’82 Fairmont Ghia. It was pretty straight, and the minor rust in the quarters wasn’t a problem because the tin would be trimmed in the fitting of the Phase 6 flares. 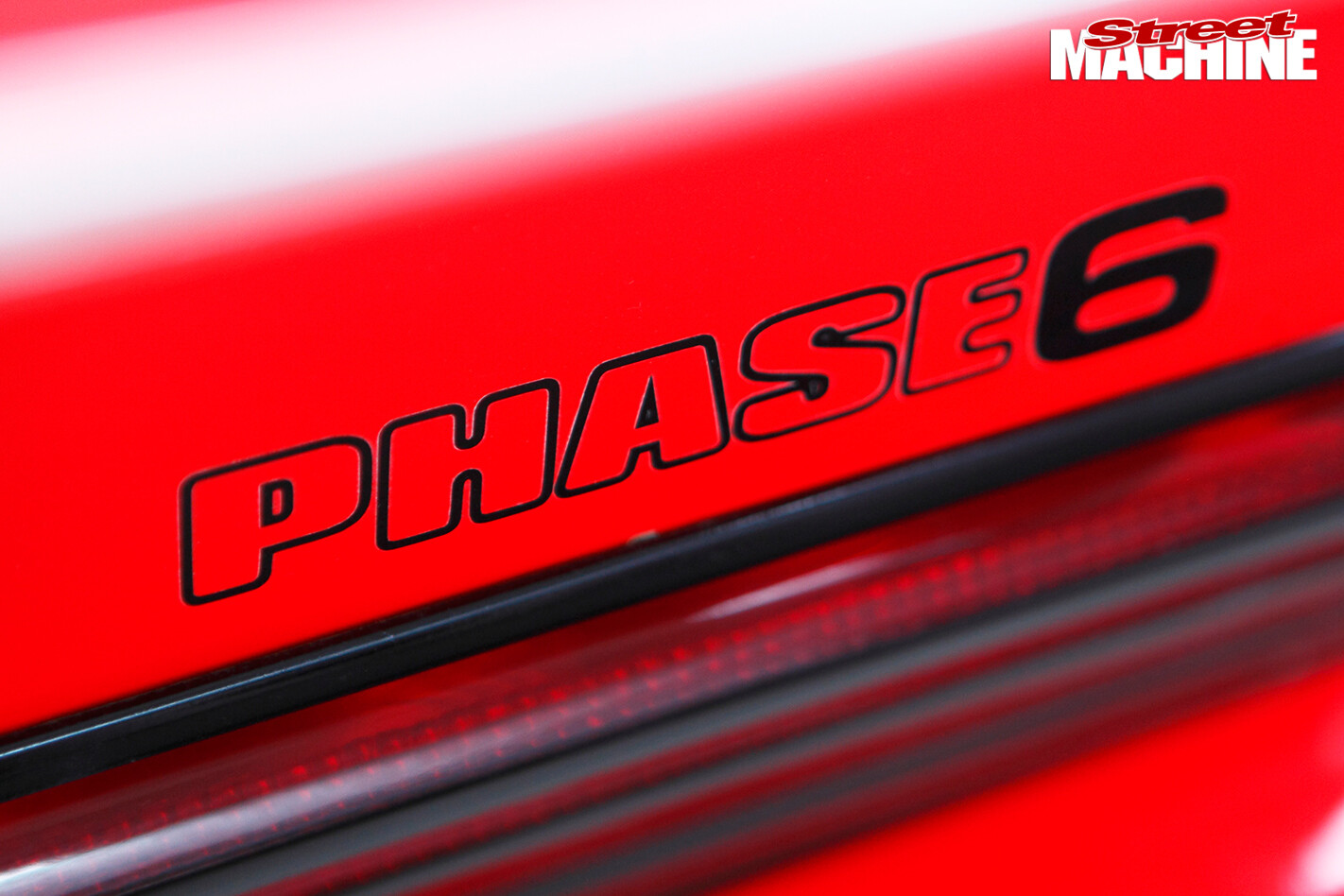 Draper continued work on the Phase 6 while battling the illness. The original moulds for the front bar were destroyed in the fire, so he and Phillips made a better, one-piece version for Phase 6 series 2.

Through long days and nights, Phillips, Draper’s step-son David Wyles and a crack team of helpers had the Falcon presentable just in time for the February 2012 All Ford Day in Geelong, though it wasn’t quite ready for the road. 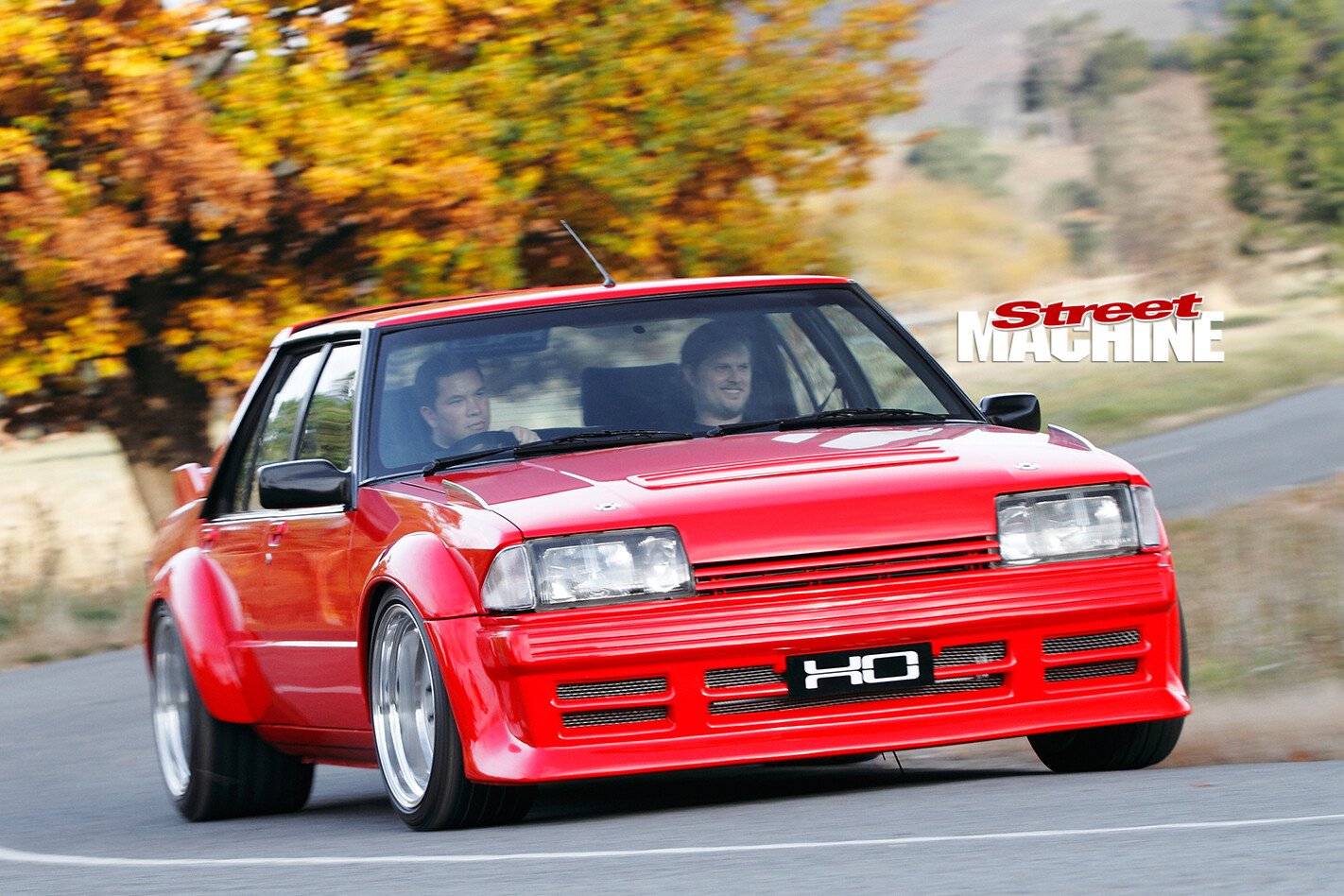 “We’ve just kept this car basic,” says Rob. “We haven’t gone to town on it. This is just your basic, Phase 6 road-going weekend car. Dad wasn’t really into show cars – he wanted to drive his cars and enjoy them.”

However, Wayne didn’t get to drive his Phase 6. He passed away on the 24 May, 2012. When Phillips visited to say goodbye, Wayne “put his hand up and said to me, ‘just make sure you get that red car finished.’” “I had a laugh,” says Phillips. “That’s all you’ve got to say to me after all these years?! “It was the car he never got to build at Ford; it was his dream to build this car,” says Phillips. With his own, personal Phase 6, Wayne wanted to do what he wasn’t able to with the XD and XE as a designer.

“For the concept of the car he had the bonnet come up over the top of the front of the windscreen like the EA and EB,” says Phillips. On the Phase 6, Wayne asked Phillips to paint the panel forward of the windscreen black, rather than body-colour, for a similar effect. His Phase 6 has XF door mirrors and a suede-trimmed XF interior with red saddle stitching – just how Wayne wanted it. The retina-roasting shade is “a Wayne Draper concoction”, says Phillips – a PPG red mix with 17.5 per cent fluoro. 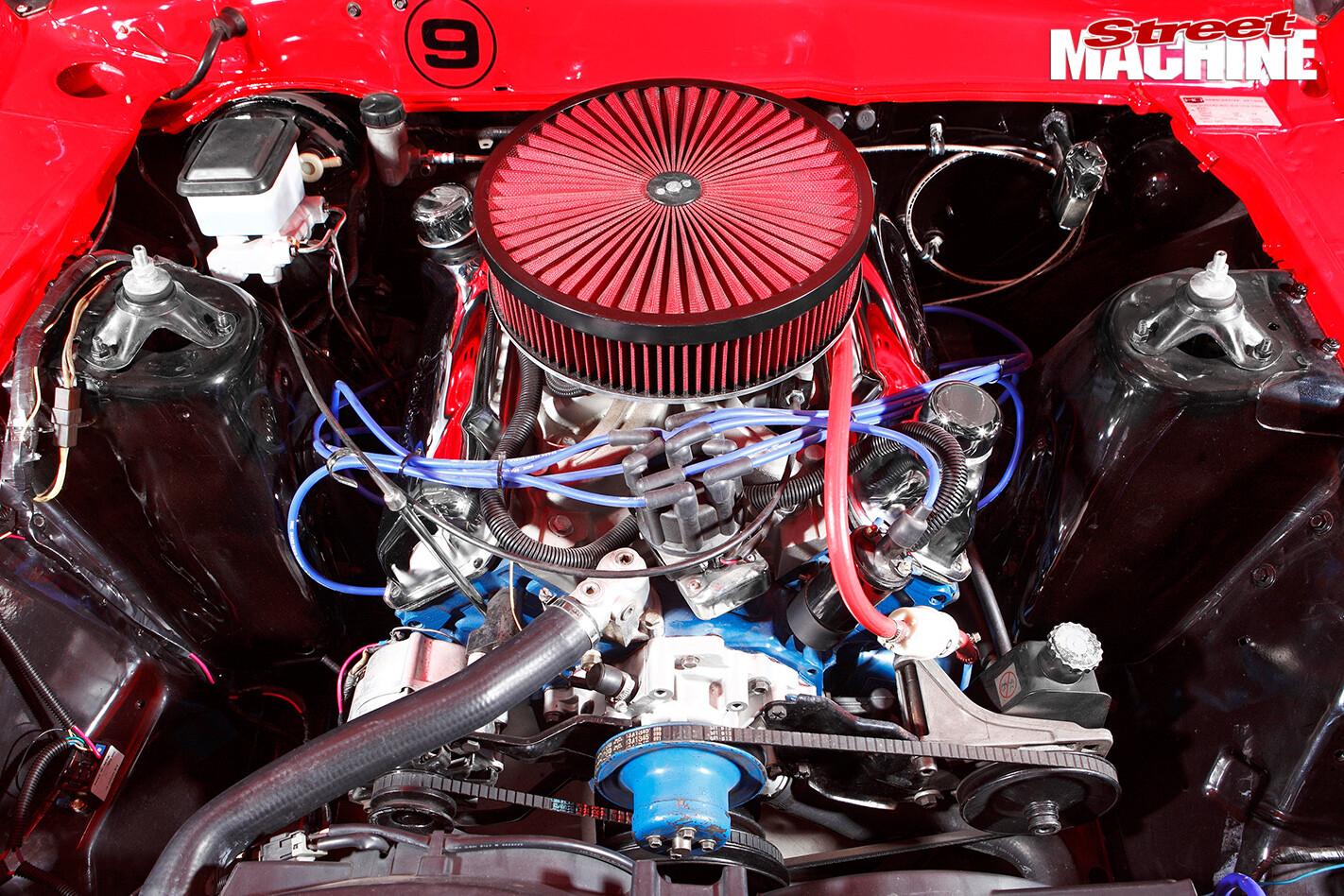 The mechanicals start with a detailed, freshly rebuilt 351 Cleveland topped with a 650 Holley and electronic ignition, and expelled via 4-2-1 extractors and a three-inch stainless steel exhaust. The drivetrain sends grunt via a T5 ’box and an 8¾-inch diff. Brakes are four-spot fronts and rebuilt standard rears, with braided lines all round.

Wayne’s Phase 6 is symbolic of his legacy at Ford during what Rob calls “a golden era of automotive design that’s long left us”, but it couldn’t possibly stand for all Draper did. “Dad didn’t talk about his days at Ford much until later in life,” says Rob. When Draper’s stories from a bygone era did come out – of him negotiating his way around a police road-block while street racing his 427 XB GT coupe on the way to work, or rolling then Ford boss, the late Geoff Polites’s Fairlane eight times – Phillips at first found them difficult to believe. “You go to Wayne’s wake and the guys from Ford are giving speeches and they’re telling you all the same stories,” he says.

“All the Ford designers loved him,” says Rob, “He was a maverick.”