AS OUR Big Three – Ford, Holden and Toyota – suffer their local-manufacturing death throes and tread the weary path towards marketing captive imports only, let us revisit their most shameful offerings – the badge-engineered cars.

Our small economy and the consumer-driven quest for variety have meant that our local car brands have often relied on captive imports over the decades. Since the mid-1990s, Ford has always been able to offer us its European variants, Toyota could market, well, Toyotas, and General Motors sold every Opel from Astra to Zafira under the Holden name. 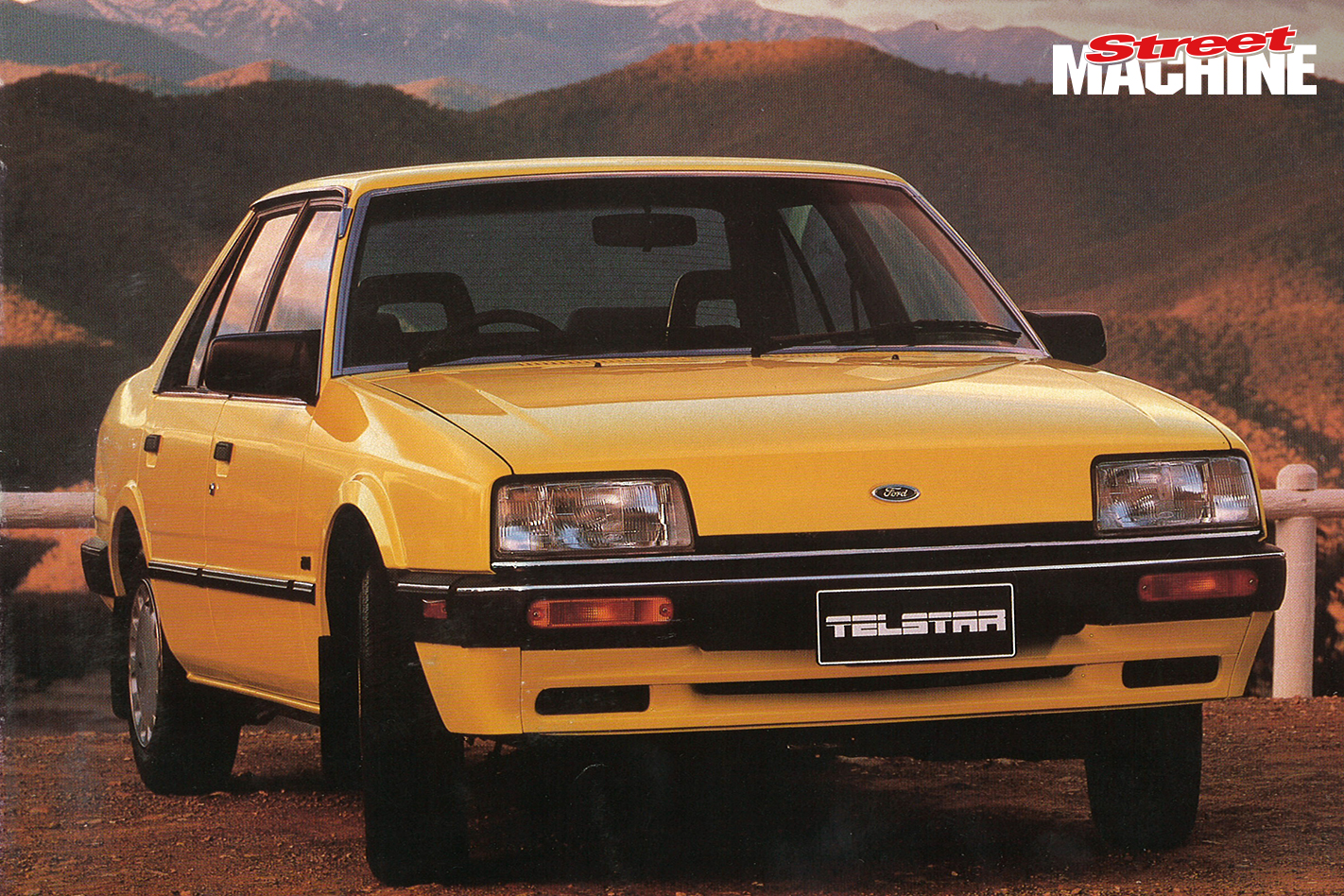 Fair enough, but there’s captive imports, and then there’s badge engineering, where a car that already exists in a particular market is re-branded under a different manufacturer and sold in that same market. It reeks of disdain for both the core product and for you. 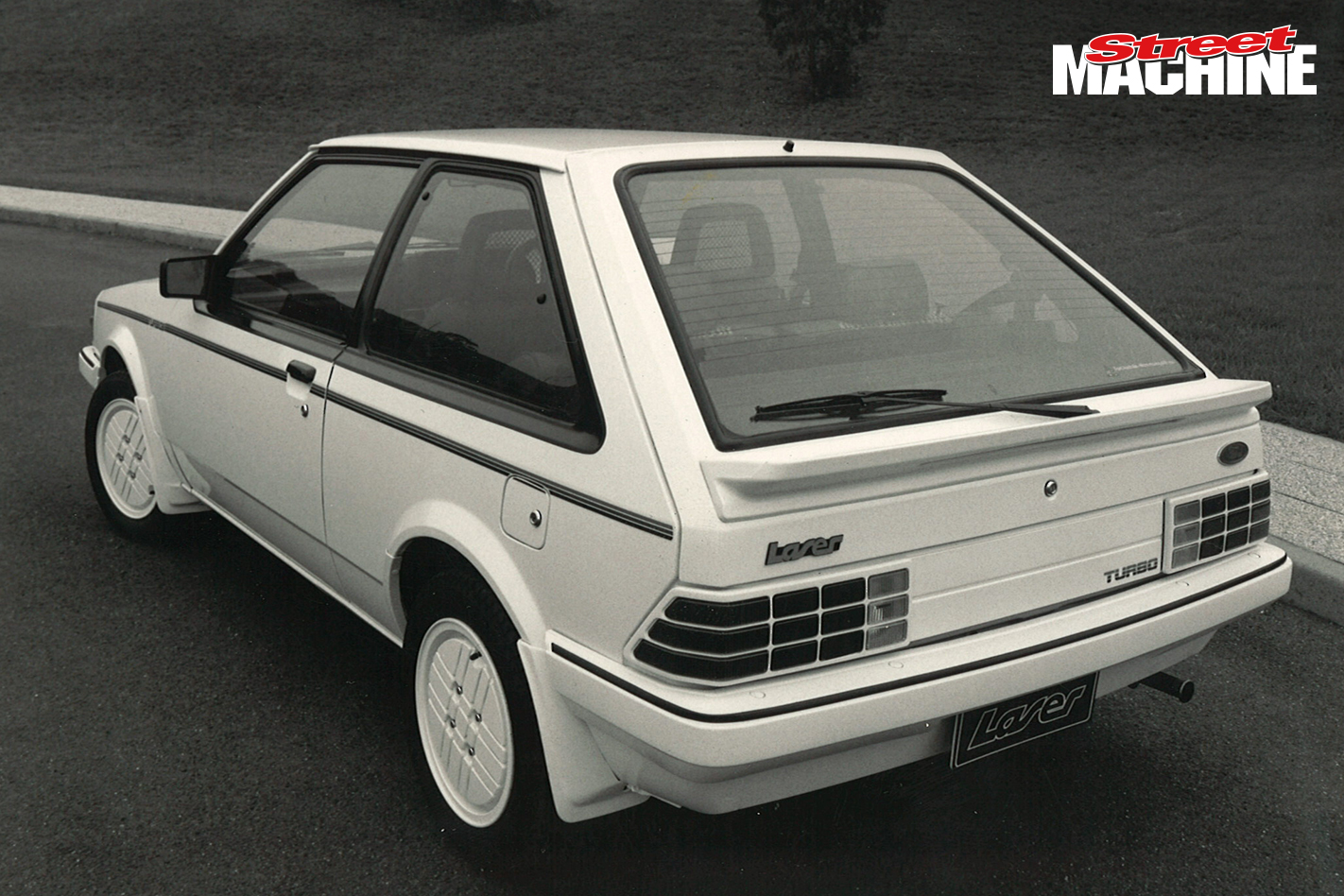 Ford made it work with some clever re-styling and great marketing. Nobody questioned the Laser and Telstar, despite the fact they were pretty much Mazda 323s and 626s. All it took was some good advertising and a styling department with a budget that extended beyond ‘indicator lens dye and hubcap variations only’. The result was enough for Phil Collins-listening, pastel-coloured 80s/90s consumers to feel like they were comparing genuine competitors and not two of the same thing. The Barina (nee Suzuki Swift) did the same job for Holden.

Other times, though, badge engineering has been more a matter of getting a bunch of uninterested marketing people into a room together and allowing them to assume that the buying public are as uninterested as them. This is badge engineering at its most terrible. Nobody wants to buy a Holden-shaped Toyota with Opel doors and a 40-year-old Buick engine. They just want a Holden-shaped Holden with Opel doors and a 40-year-old-Buick engine.

Following is a list of four of the most short-sighted badge-engineered vehicles to be sold in Australia – and it is with more than a small degree of pain that we admit that at least three of these were somehow Holden’s fault.

But not this first one. 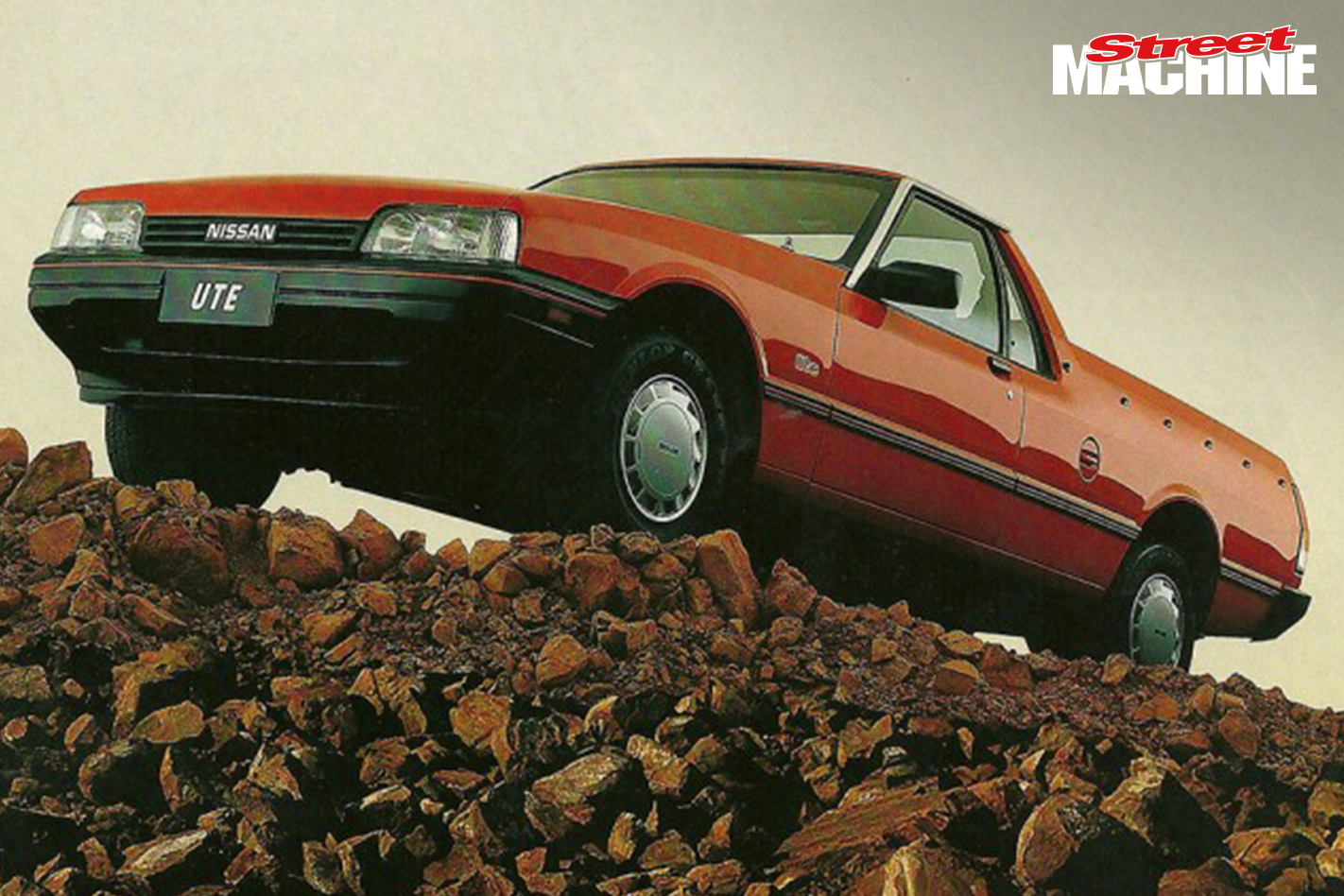 FORD enjoyed some success in Australia with the Maverick 4WD range, which, though it took its name from Ford’s Stateside compact, was actually completely and utterly a rebadged Nissan Patrol. Ford was not only able to market a complete range that pretty much mirrored Nissan’s products, but offer discounts for fleets and provide a rugged, off-road truck that country folk could have serviced at their local Ford dealer. Besides, the buying public were more forgiving of re-badged 4WDs back when they all looked like toolboxes on wheels. 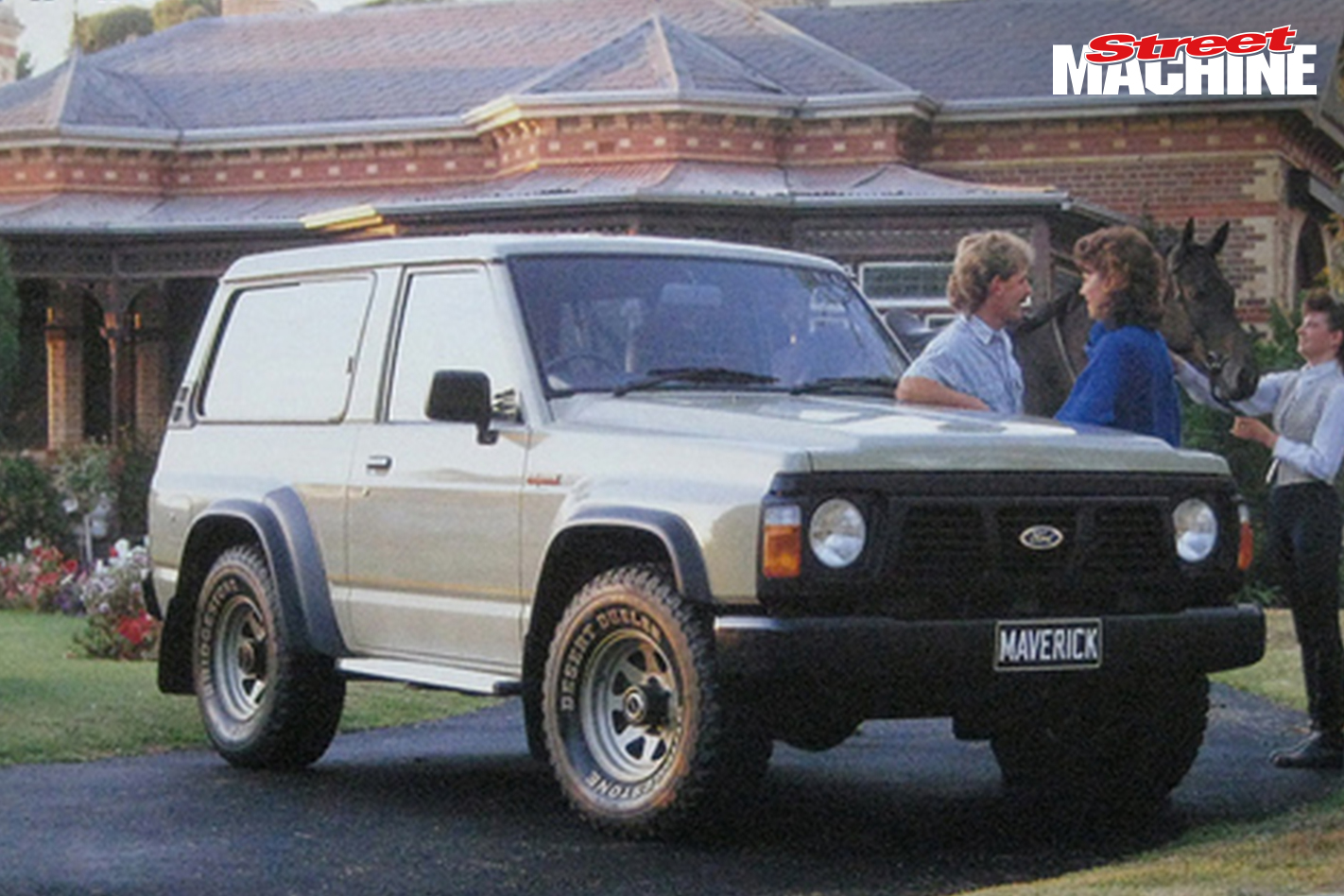 Ford and Nissan also shared the latter’s Japanese Bluebird-based, front-wheel-drive Pintara. Despite some quality issues and poor sales that led to the demise of Nissan as a manufacturer in Australia, Ford’s Corsair version had some excellent styling changes that actually made it look better and more upmarket that the Pintara it was based on. 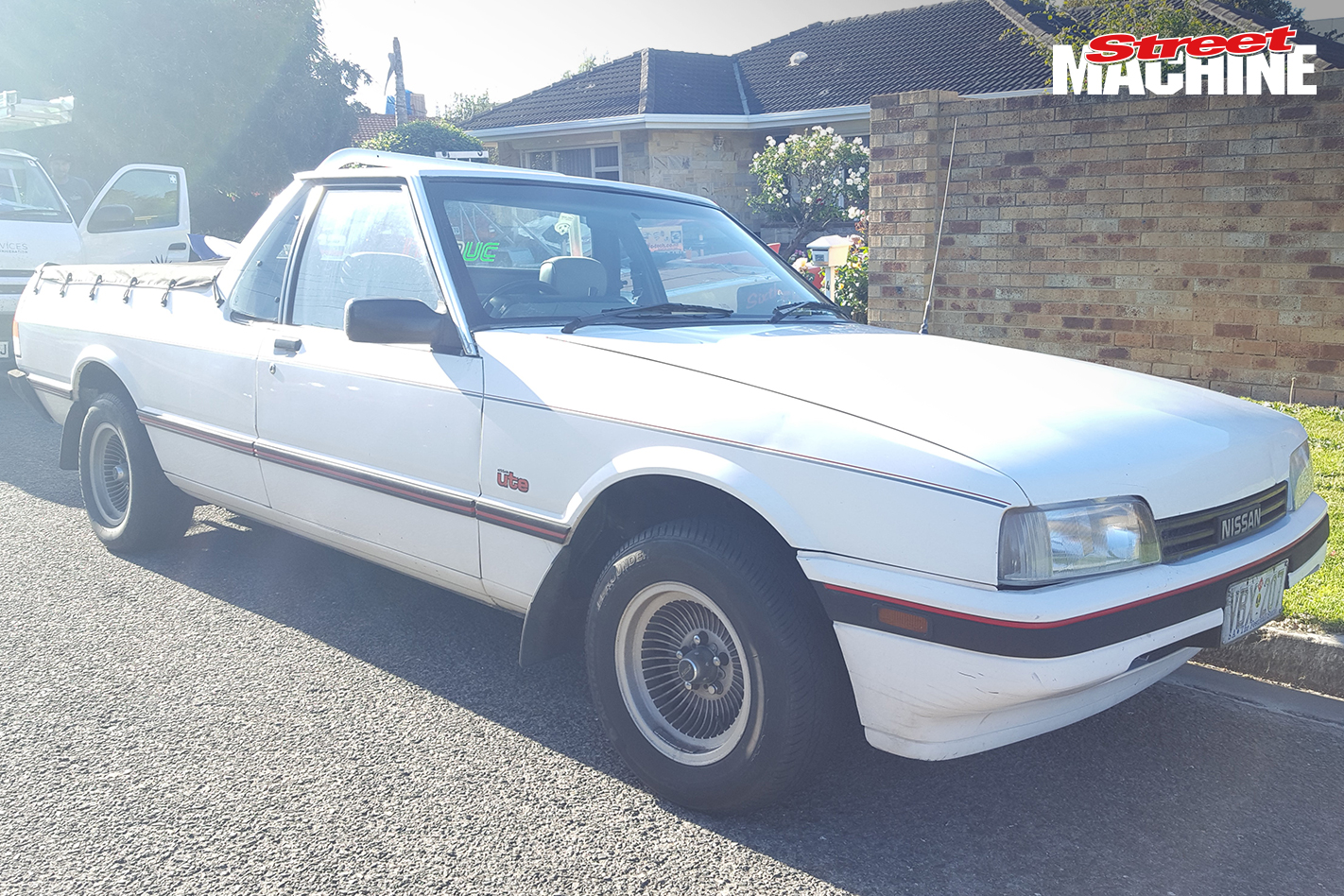 However, the butter knife of success did not cut both ways, and Nissan got The Ute. Yep, not just any ute, but THE Ute.

Instantly recognisable items such as the grille and steering wheel were purely Falcon, with the grille even hiding an oval-shaped aperture for the Ford emblem! The Falcon’s other quirks, such as an umbrella-style, under-dash handbrake and the stupid horn button on the end of the indicator stalk, also made it through to The Ute intact. 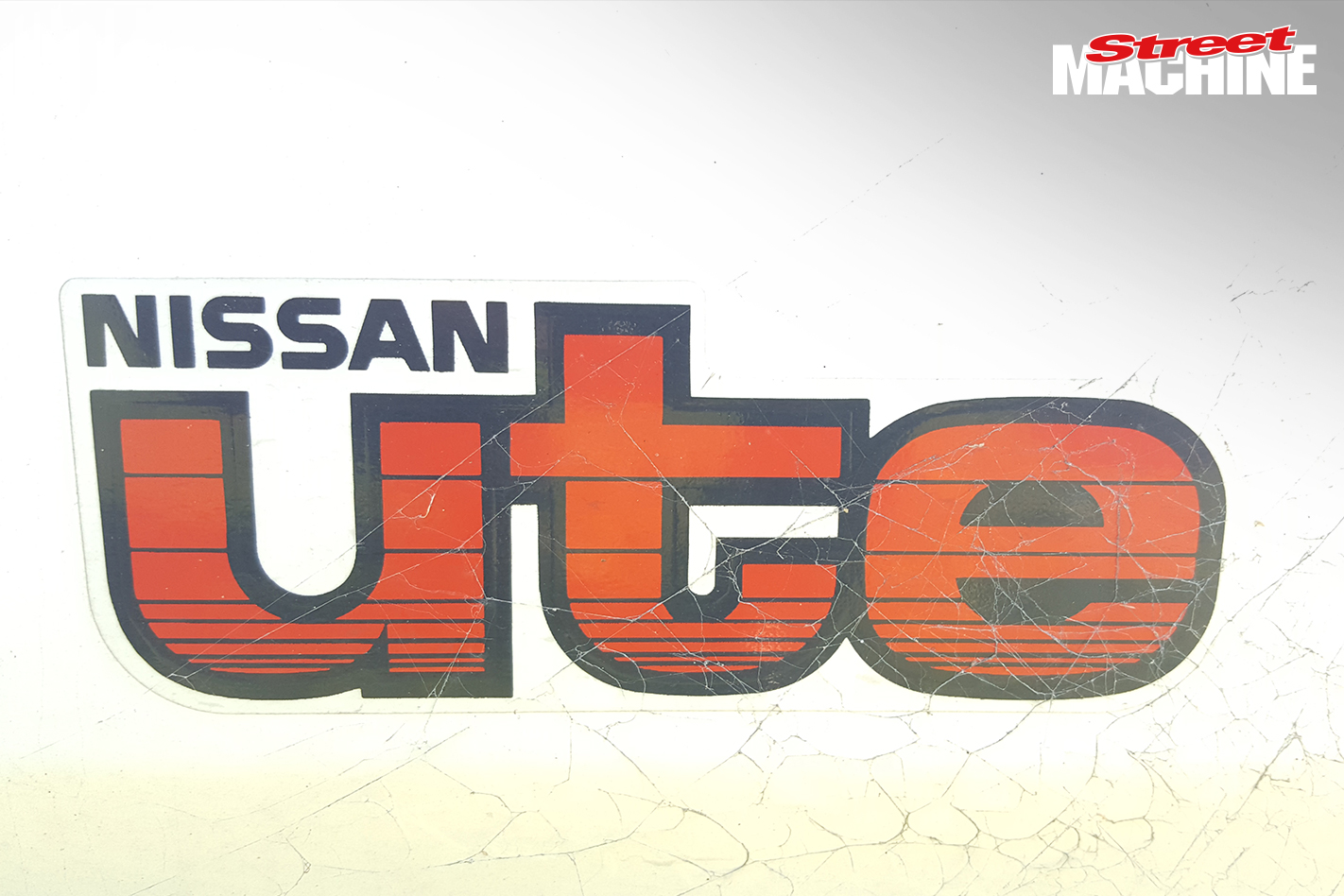 Hell, who are we kidding? The only Nissan parts on the Nissan The Ute were the front badge, steering-wheel badge and the stickers on the side and rear. Oh and the warranty, which was double that offered by Ford.

Needless to say, when your product is, on the local market at least, as recognisably a Ford as an Edsel, the Nissan badge wasn’t going to fool anyone, and as many as a billion percent of these cars are now either dead or wearing Ford badges. 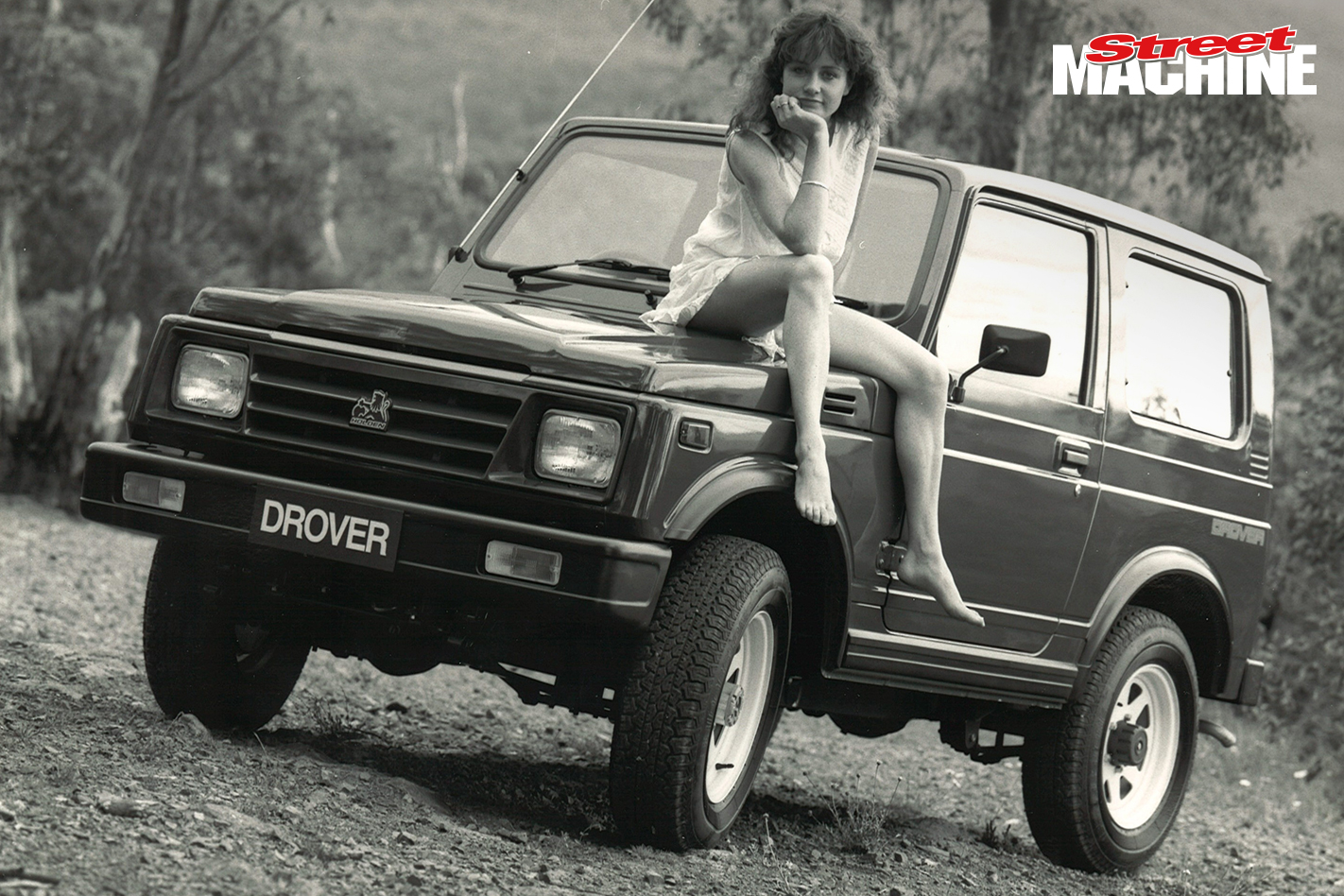 BACK in the 1950s, things at Holden were going well; the company completely dominated the Aussie market with four bodystyles and only a couple of trim levels. But by the 1980s, it was apparent that economies of scale would not allow a company like Holden, a rapidly shrinking big fish in a small pond, to pump out more than one or two models of its own design.

In the 80s, Holden turned to Isuzu for their captive imports, with the Rodeo semi-continuing to burn the cab-chassis flame after the WB was pensioned off in ’84, and the Trooper-based Jackaroo, which provided Holden with a sturdy and ultimately well-loved 4WD that sported a name so Aussie it practically shat koalas. 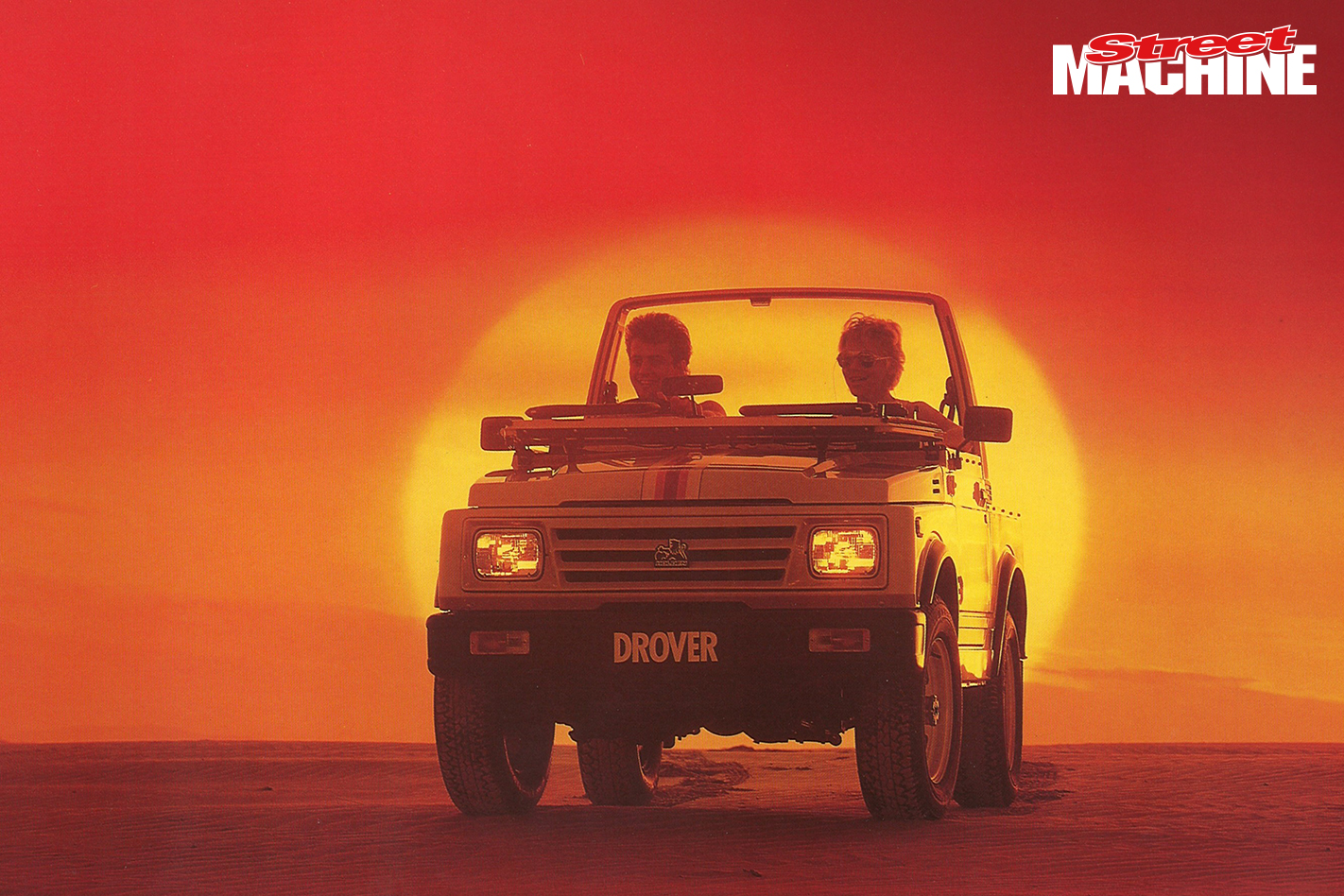 Holden marketed several versions of Suzuki’s rugged little fourby, including the standard-roof and high-roof wagons, standard pick-up and a long-wheelbase pick-up. Tragically, the farmers who built this great nation and spent the previous 35 years buying Holden utes weren’t about to downgrade to a henhouse-sized Japanese four-wheel-drive, especially when the Suzuki version already had a great reputation for doing what it could do, just as a Suzuki. 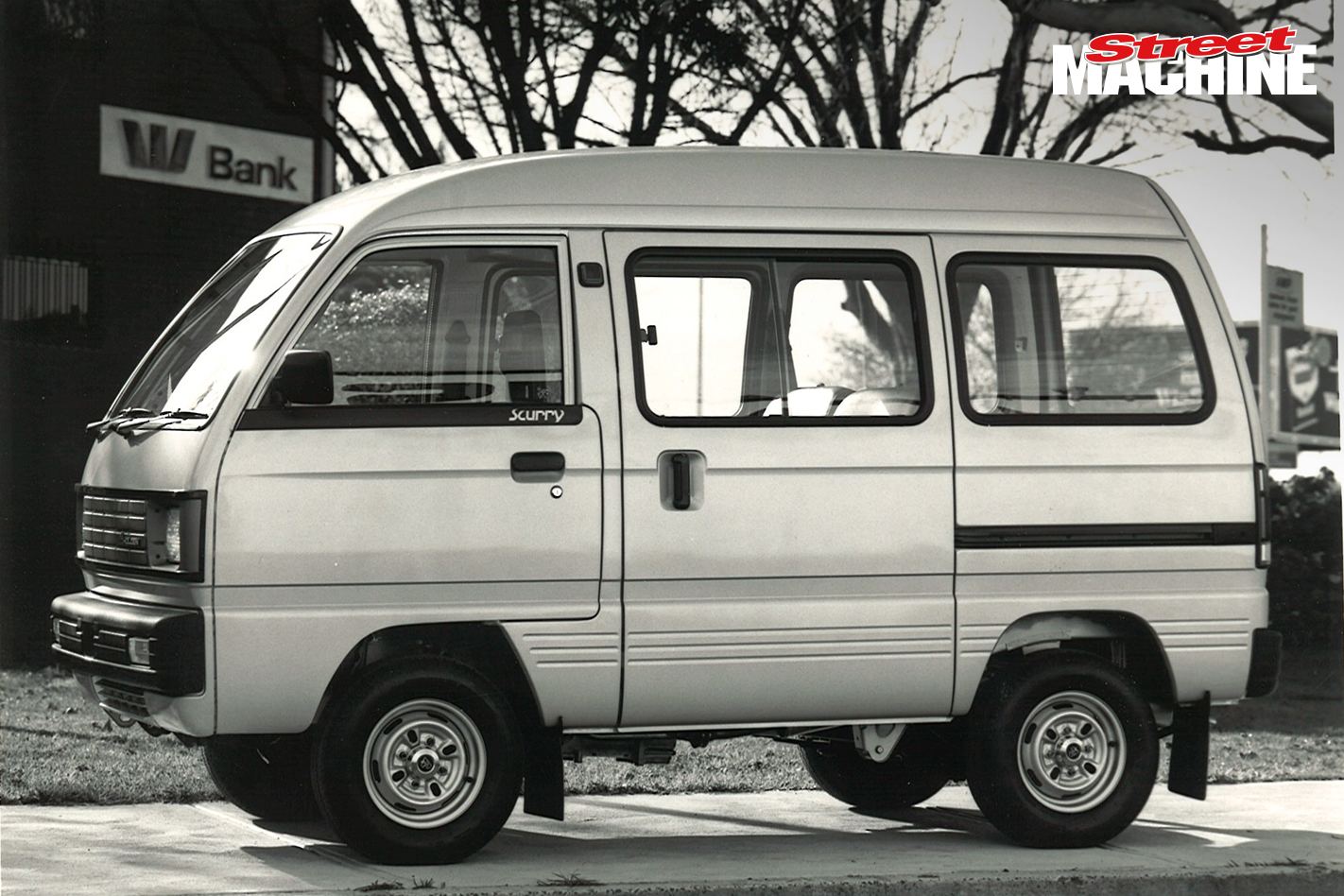 THE stories of the makes and models that Holden has sold as its own would, if documented, fill up a reasonably sized, yet slow-selling, coffee-table book with chapters for Isuzu, Toyota, Nissan, Suzuki, and Chevrolet.

And while the Holden Drover was as Australian as a Japanese exchange student on a five-day horseback tour of Tamworth, it couldn’t be mentioned without the other Suzuki-built commercial vehicle marketed by Holden in the 1980s.

‘Kei cars’ are a particularly weird class of car; built specifically to fit into a certain Japanese tax and insurance bracket, their diminutive size meant they leaked out of Japan through the sieve of good automotive taste and onto the roads of the world.

Kei cars have enjoyed good success in Australia – Suzuki’s hilariously named Mighty Boy found a bunch of enthusiasts willing to purchase the automotive equivalent of a musical birthday card on name alone, while the Alto micro-hatch gained popularity with cat-loving spinsters, possibly for their ample space for cats. However, it is the one-box-van Suzuki Carry that has been most enthusiastically received by florists and inner-city dry cleaners alike.

None of this explains why Holden decided that it could improve on the idea by fitting a fully-sick, 1980s computer-graph-paper-inspired plastic front garnish panel stolen from the similarly misplaced Bedford Rascal and calling it a Scurry. It really just wasn’t a Holden, in as many ways as a Classic Space Lego Beta-1 Command Centre set just wasn’t a Holden.

Like the Lego, the Carry filled a gap in the market nobody knew existed. But if you wanted Lego, you wouldn’t buy Lebq, the badge-engineered knock-off; why would you buy a Scurry instead of a Carry? 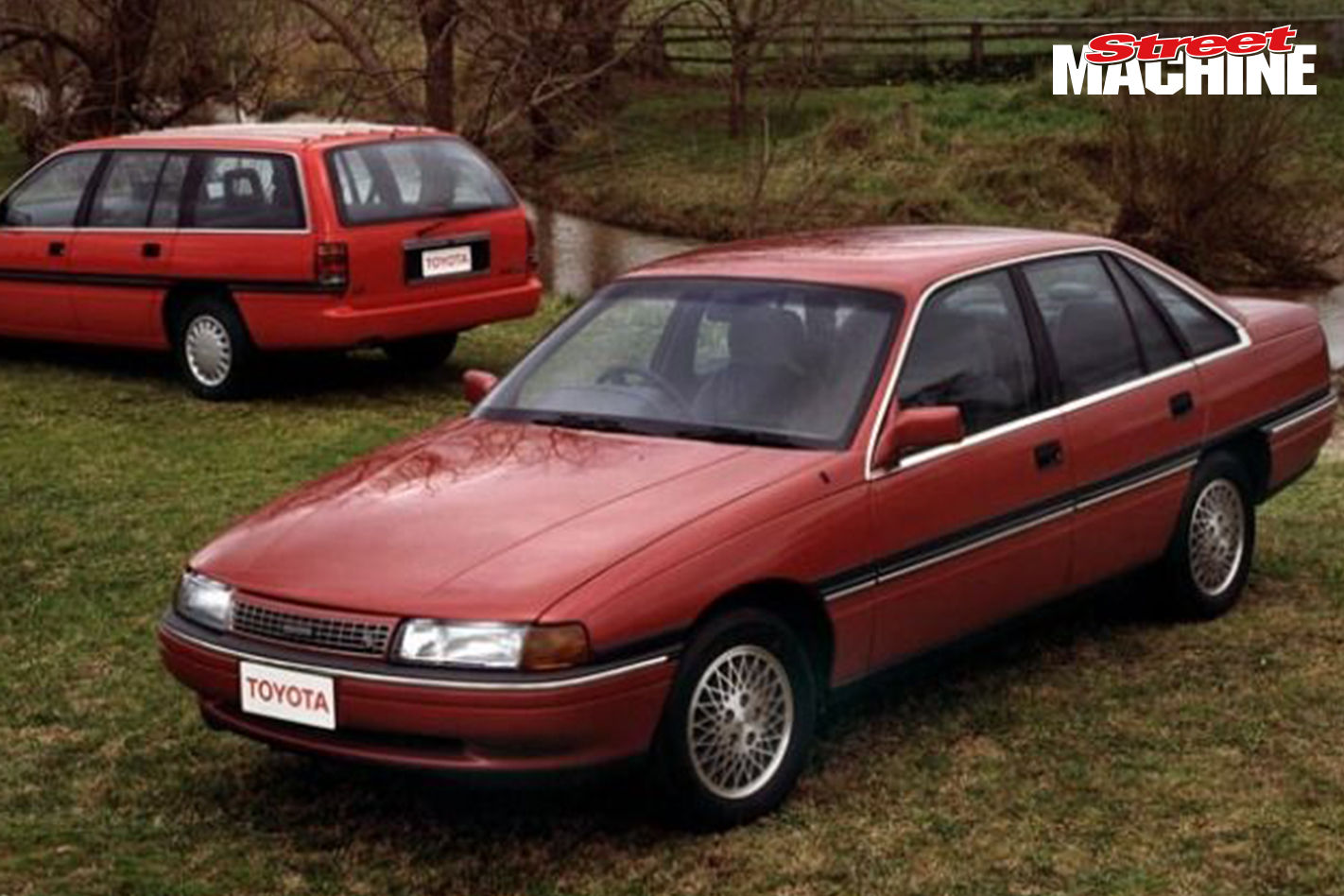 LAST but not least – okay, maybe least, depending on how you look at it – is the Toyota Lexcen. To give a bit of background, the model-sharing program between Ford and Nissan, Ford and Mazda, and finally Holden and pretty much everyone, was partially due to Australia’s small economy of scale, but more so it was the result of the Motor Industry Development Plan, aka the Button Plan.

Senator John Button, who in the 1980s was Australia’s Minister for Industry & Commerce, felt that Australia’s motor industry at the time was too dependent on protection by import tariffs, and that the 13 different models the five Aussie manufacturers were building was just plain too many.

The plan was to force manufacturers to build cars of greater quality that were more competitive on a world scale, with some models and even some manufacturers being sacrificed for the greater good. Manufacturers had to look to each other for support in market segments they could no longer fill themselves. Holden initially teamed up with Nissan and built the Astra, which was a localised N13 Nissan Pulsar with a Holden-built engine. The car achieved some success, mostly because it looked different enough from the Pulsar to fool Joe and Jane Public.

However, this relationship did not last and the Holden Astra was replaced by the equally space-age-named Holden Nova. Around the same time, Holden also introduced the Apollo. Foreigners would point and stare; why do these cars that are blatantly Toyota Corollas and Camrys sport Holden badges? 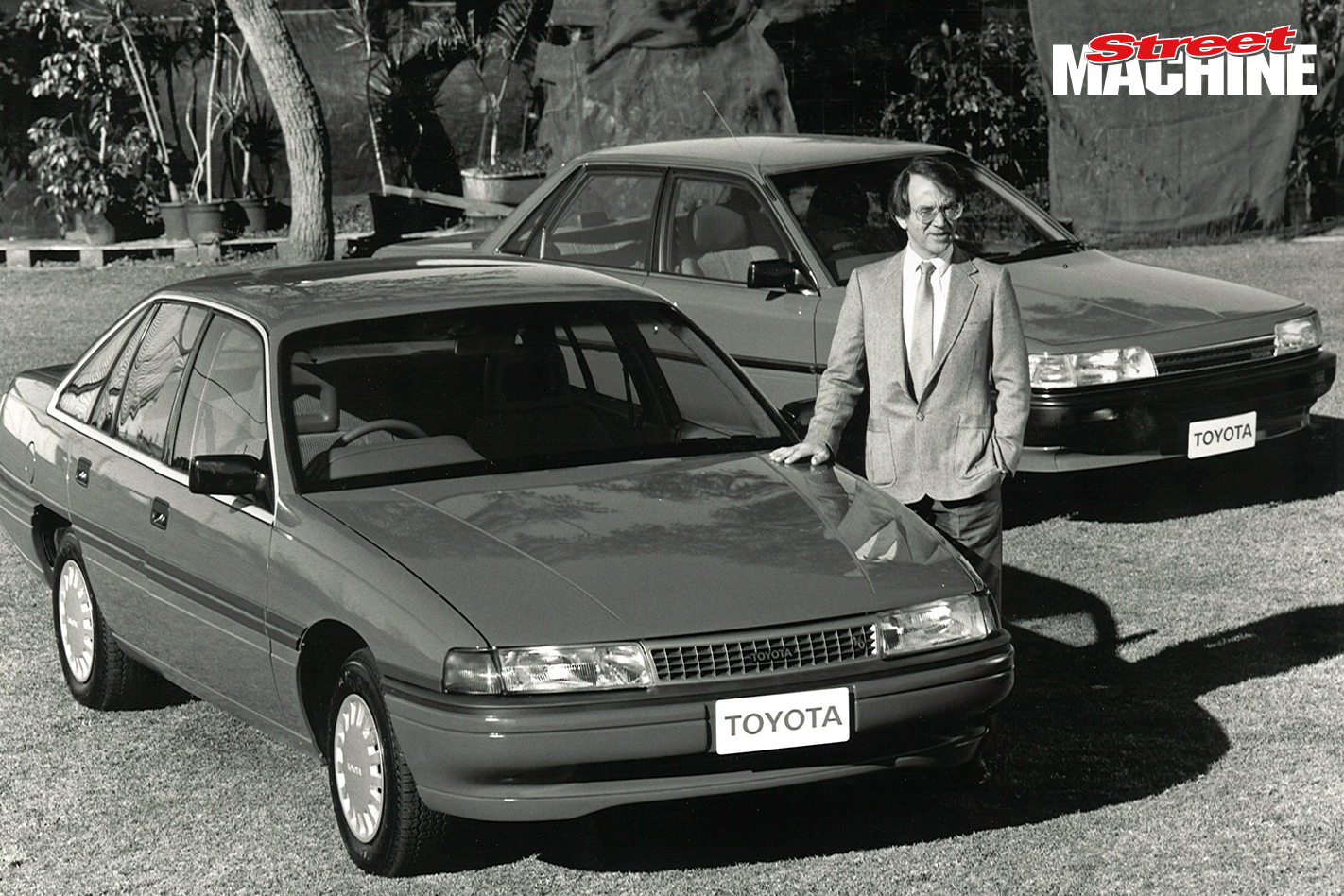 It was because of the UAAI joint venture between Holden and Toyota Australia to share models and technology, a direct result of the Button plan. While the Nova and Apollo twins filled a hole in Holden’s small- and mid-size car range, things were also designed to go both ways.

So Toyota introduced the Commodore-based Lexcen, featuring a new grille, orange indicators, and, er, that’s it. Oh, and a colour-keyed rear garnish panel, rather than grey or black.

Now it was one thing to pin Holden’s small- and medium-size dreams on Holden-ified versions of local Japanese cars, but to share the Commodore, Holden’s bread-and-butter, mainstream Aussie-built car – in other words; the main thing it sold – was something akin to travesty. 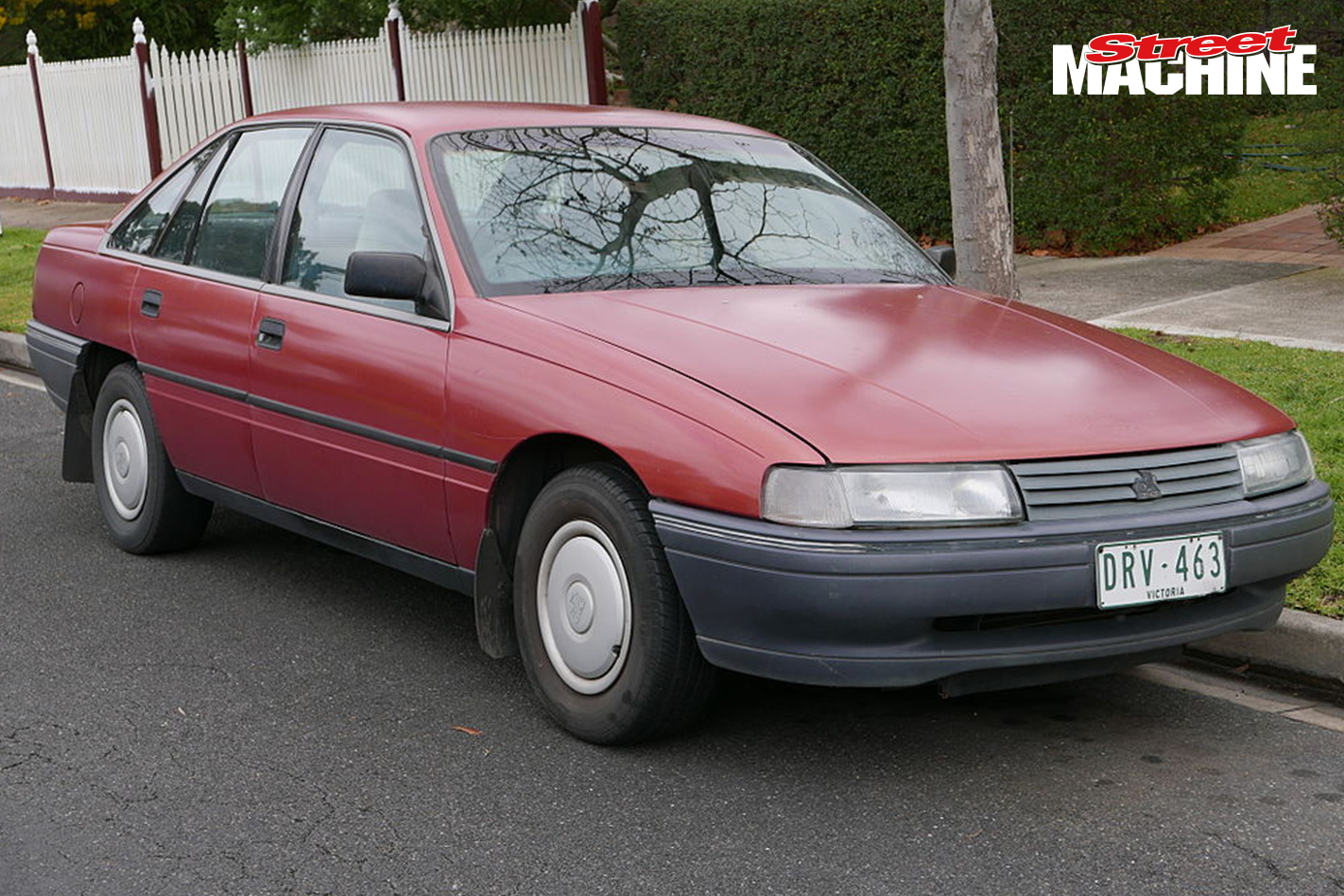 Worse still, the VN-model Commodore on which the Lexcen was based was decidedly undercooked, with Opel doors, an archaic Buick V6 engine, narrow VL-Commodore-spec front end, and the build quality of a Quarter Pounder-with-cheese – if it was missing the cheese.

It was noble of Toyota to name its car after the recently deceased Ben Lexcen, the designer of the winged keel, an invention that took Australia II to victory in the 1983 America’s Cup, ending 132 years of US domination. But just as the Lexcen wasn’t a real Toyota, Ben Lexcen even wasn’t a real Lexcen; as Robert Miller, he had founded a company with Alan Bond and upon leaving that company, found that his name was being retained as part of the business name. Not wanting to confuse matters, he changed his name to Ben Lexcen, after the least common name in the Reader’s Digest subscription database. As you do. 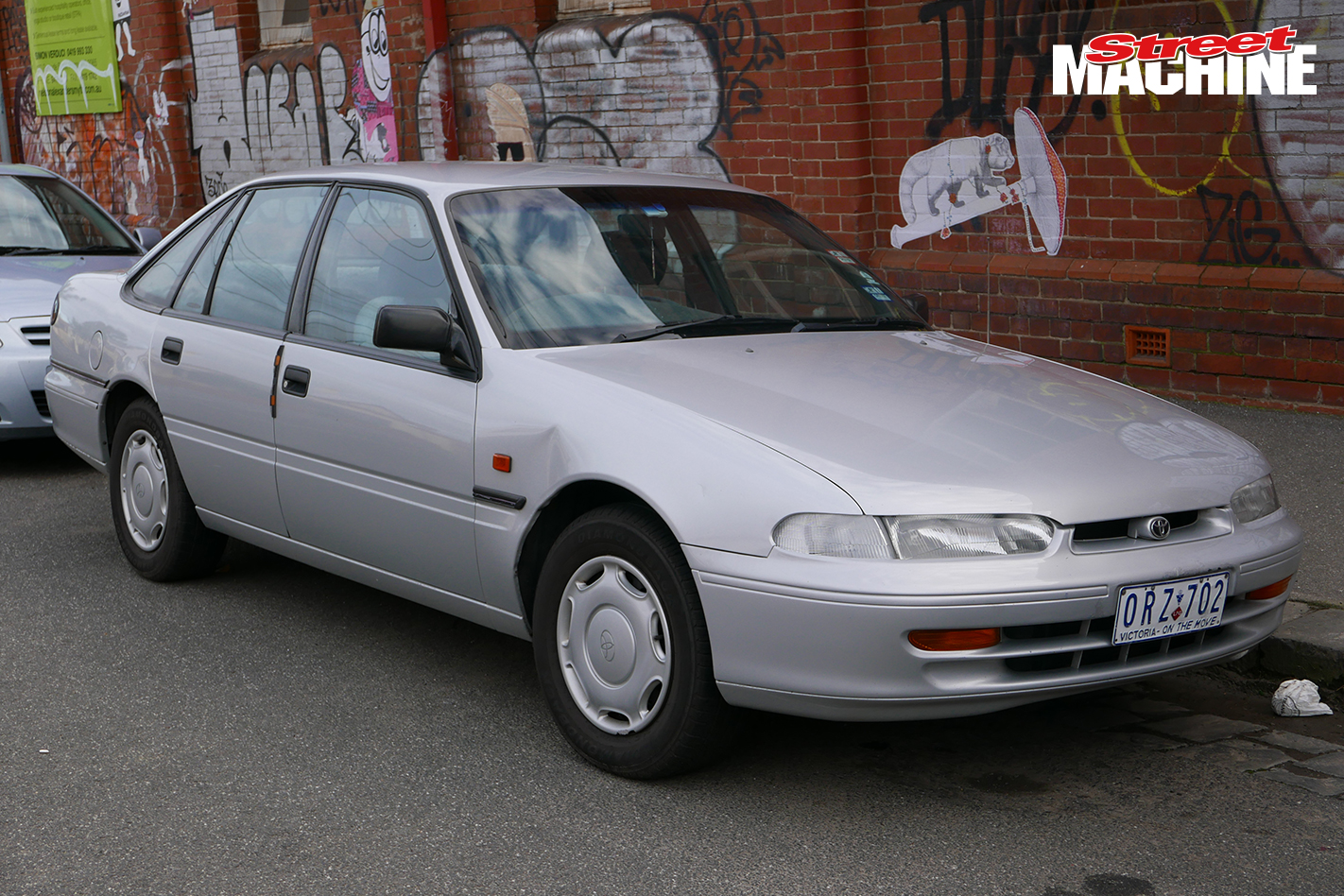 But wait! There’s more! The Toyota Lexcen was released in 1988, about 15 minutes before the release of the first model of Toyota’s all-new luxury Lexus line, the LS400. Pretty much everyone who could breathe knew the Lexus was a glorified Toyota, regardless of how competent it was as a luxury car (JDM versions were branded Toyota Celsior, after all), but Toyota was keen to distance itself from Lexus, wishing the brand to be a stand-alone marque akin to BMW or Mercedes-Benz.

Yet anyone who can speak any kind of English will notice that Lexcen and Lexus sound pretty similar, and more than one executive businessman who thought they were getting promoted into a $140,000 Lexus company car found themselves in a ridiculous Commodore with Toyota badges instead. 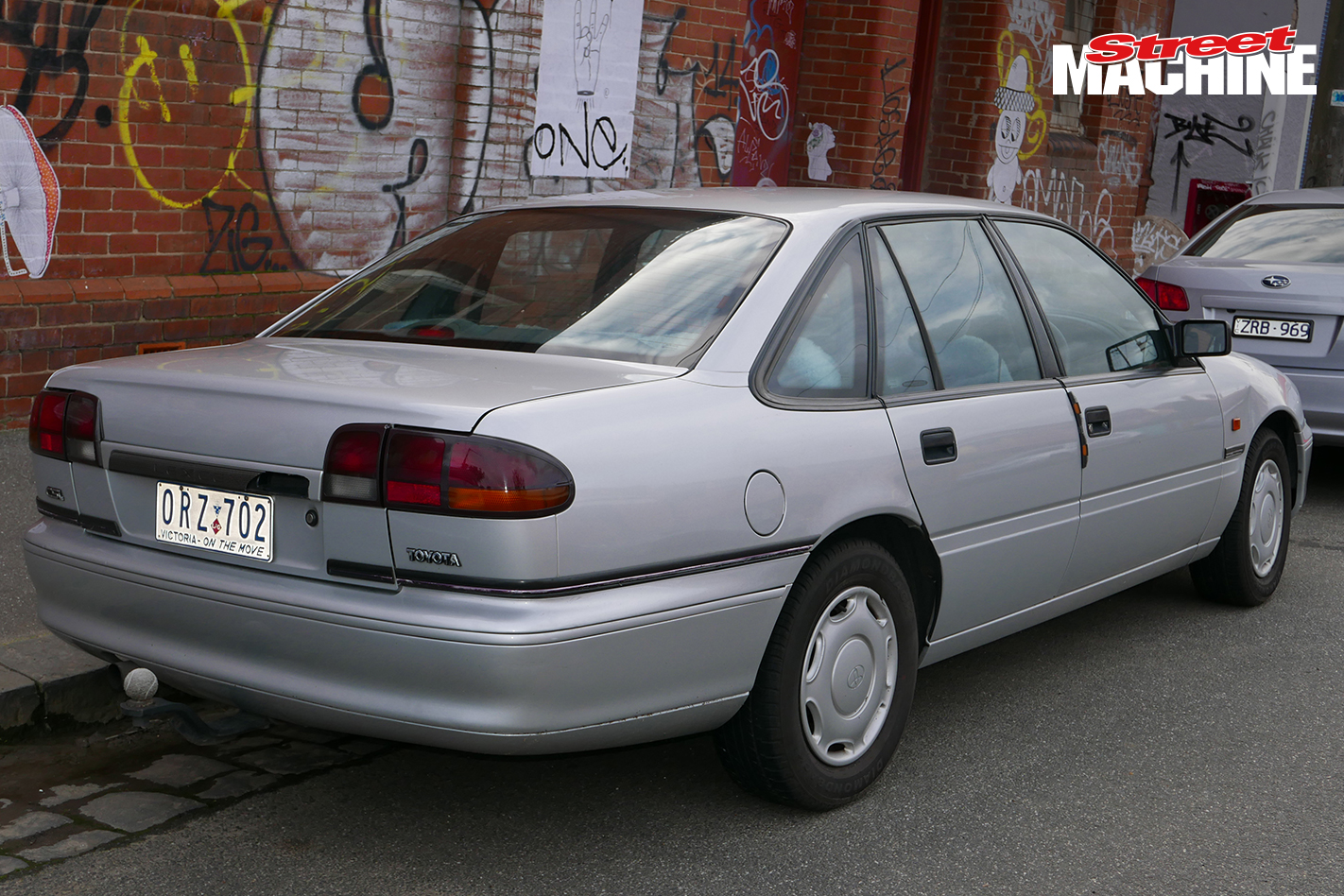 Sorry Toyota, but using ‘different’ endlessly in an advertising jingle does not make your car endlessly different to the Commodore, especially when it’s exactly the fucking same.

Fortunately, with the UAAI agreement between Holden and Toyota pretty much dead by 1997, Holden launched the all-new (except for engines, rear suspension and the C-pillar garnish panel, but shut up) VT-model Commodore late in 1997 to uproarious applause and record-breaking sales, burying the stillborn VT-spec Lexcen in a pit of embarrassment somewhere at Fishermans Bend. 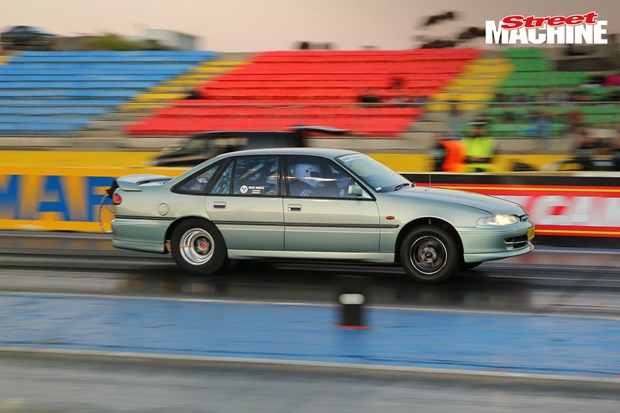 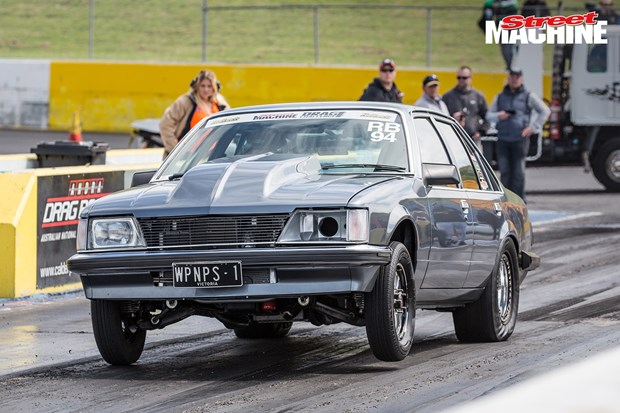 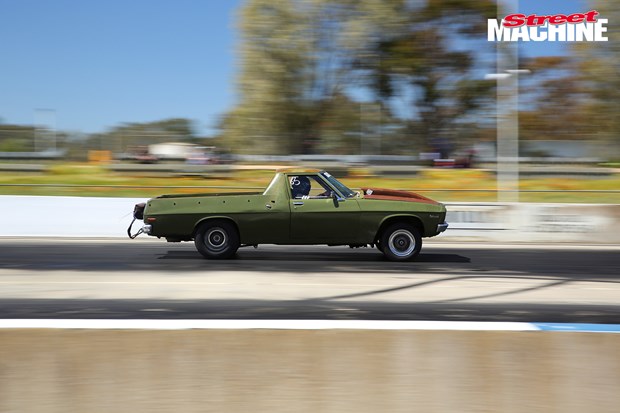