Ian Caruana loved the Ford XA Falcon of his childhood so much he was destined to own one as an adult. But that family hack never looked this good!

This article on Ian's XA Fairmont was originally published in the June 2015 issue of Street Machine magazine.

CHILDHOOD impressions can stick with you for life, often leaving an itch that just has to be scratched. For Ian Caruana, it was his dad’s old XA Falcon. It wasn’t anything special mind you – just a well-used old Falcon 500. But it left a strong mark on Ian. As he tells it, “it was brown with a white vinyl roof. I remember it had air shockers at the rear and they never held air, so the wheel arch would be down to the rim. In my eyes it looked tough, with the front high up and on its guts on the rear. All it needed was a set of Center Lines and a V8, but rust got the better of it.” 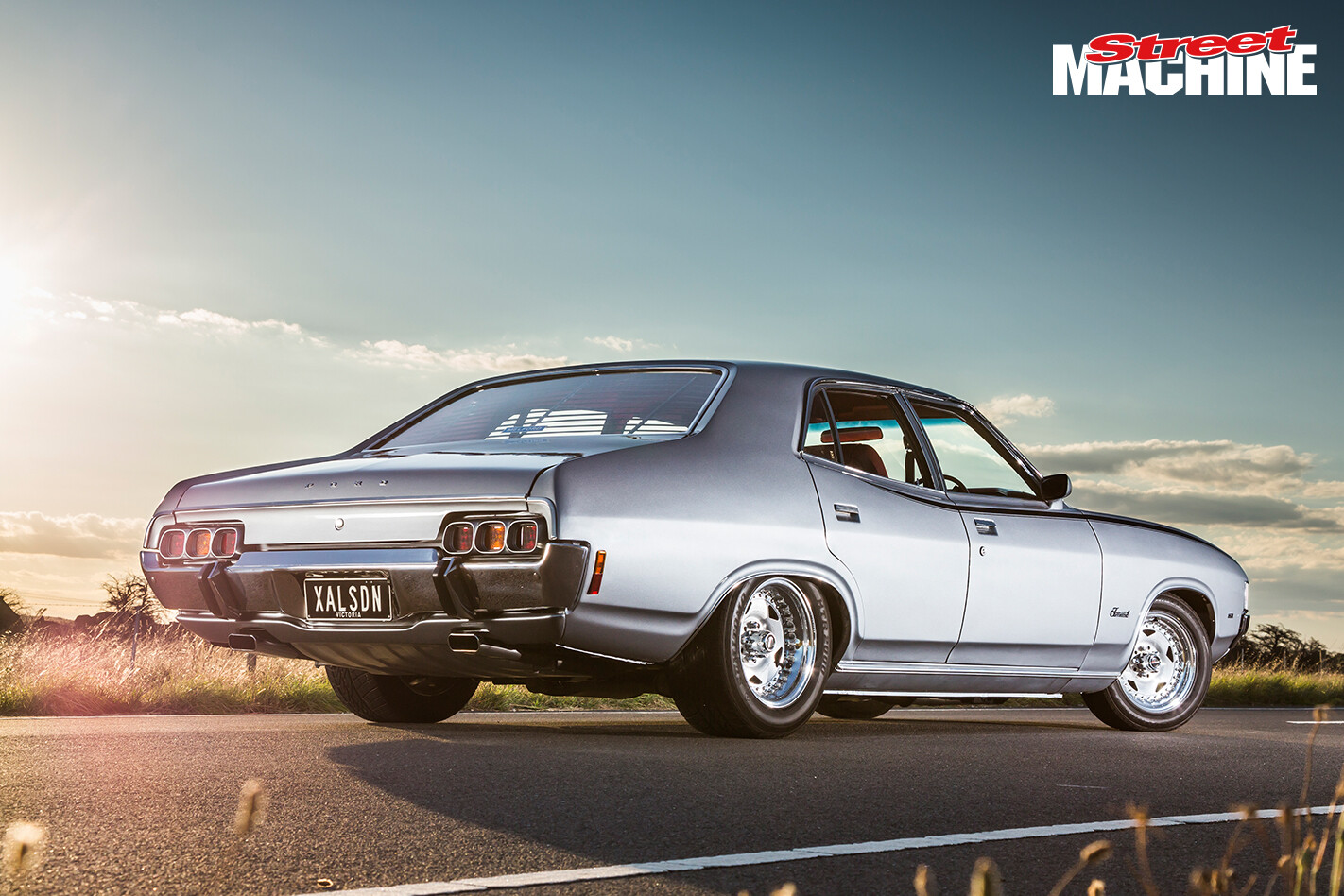 Some years later, when Ian was the ripe old age of 19, his mate Andrew Parnis acquired an XW GT replica and it reignited Ian’s passion for old-school Fords. “I was always keen to get my hands on an XA. One Friday arvo I was heading to Andrew’s place to go to Calder Park for Friday-night drags and as I came out of my parents’ street, there was an Ultra White XA Fairmont for sale,” Ian remembers. “I quickly knocked on the seller’s door and left a deposit.” The car was pretty sedate, with a 250ci six-banger and alloy GXL wheels from a later-model XC. Ian enjoyed it in this state for a few years, even picking up an encouragement award trophy at a Calder Park cruise night back in 2003. But greater things beckoned. “I put a V8 in it, lowered it and put wheels on it,” Ian says, “and continued using it as a daily driver to work and back as an apprentice motor mechanic.” Curiosity led to a punt down the strip with the new combo. “Its best time was 13.9 seconds at 98mph,” Ian says. 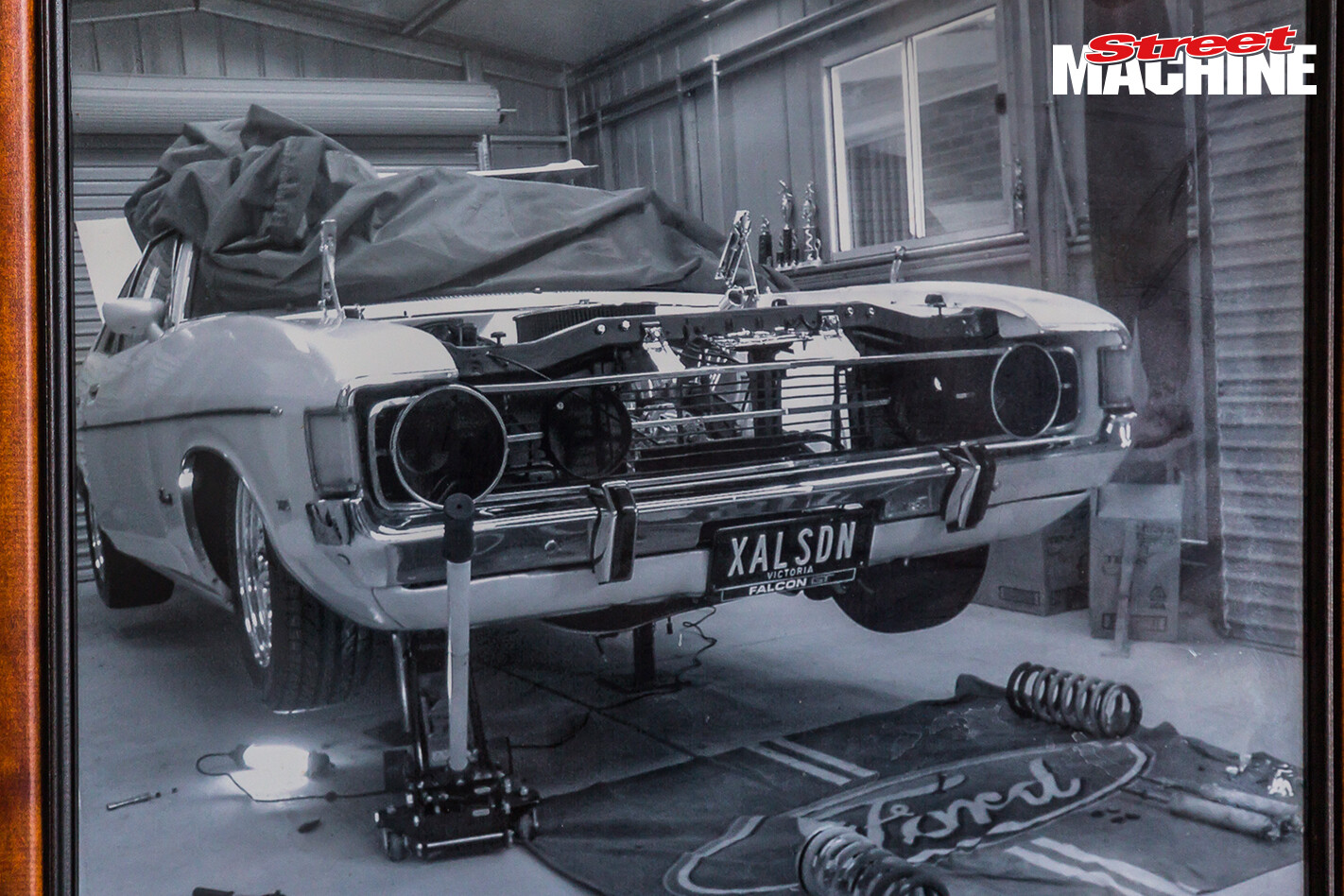 From there, the car was replaced with a different daily driver – a somewhat less special XE Fairmont Ghia. Ian’s thoughts turned to selling the under-used old Ford, but his upcoming wedding presented an opportunity for Ian to dust it off. “The XA was undercover in my parents’ garage and forgotten for a while. I met my missus, had my wedding in it and that was the last time it saw the road,” Ian says. Luckily Ian has a very supportive better half. “After coming back from the honeymoon, my wife and I agreed it was time for a rebuild on the XA before we had any kids,” Ian says. How many wives would prioritise cars over starting a family? Remember Ian’s mate Andrew? Well luckily for Ian, Andrew’s dad Charlie is pretty handy with a hammer and dolly, and he spent every Sunday at Ian’s place for the next four years working on the car. Charlie can also wield a spray gun too, so he applied the Mercury Silver paint and black GS stripe. While Charlie was straightening the tired bodywork, Shaun Portelli built a tough 351ci Cleveland worthy of the new exterior. It’s backed up by an Airport Automatics-prepped C10 auto feeding power to a nine-inch out back. On the inside, Muzzy’s Motor Trimming stitched up plush new maroon vinyl and carpet. 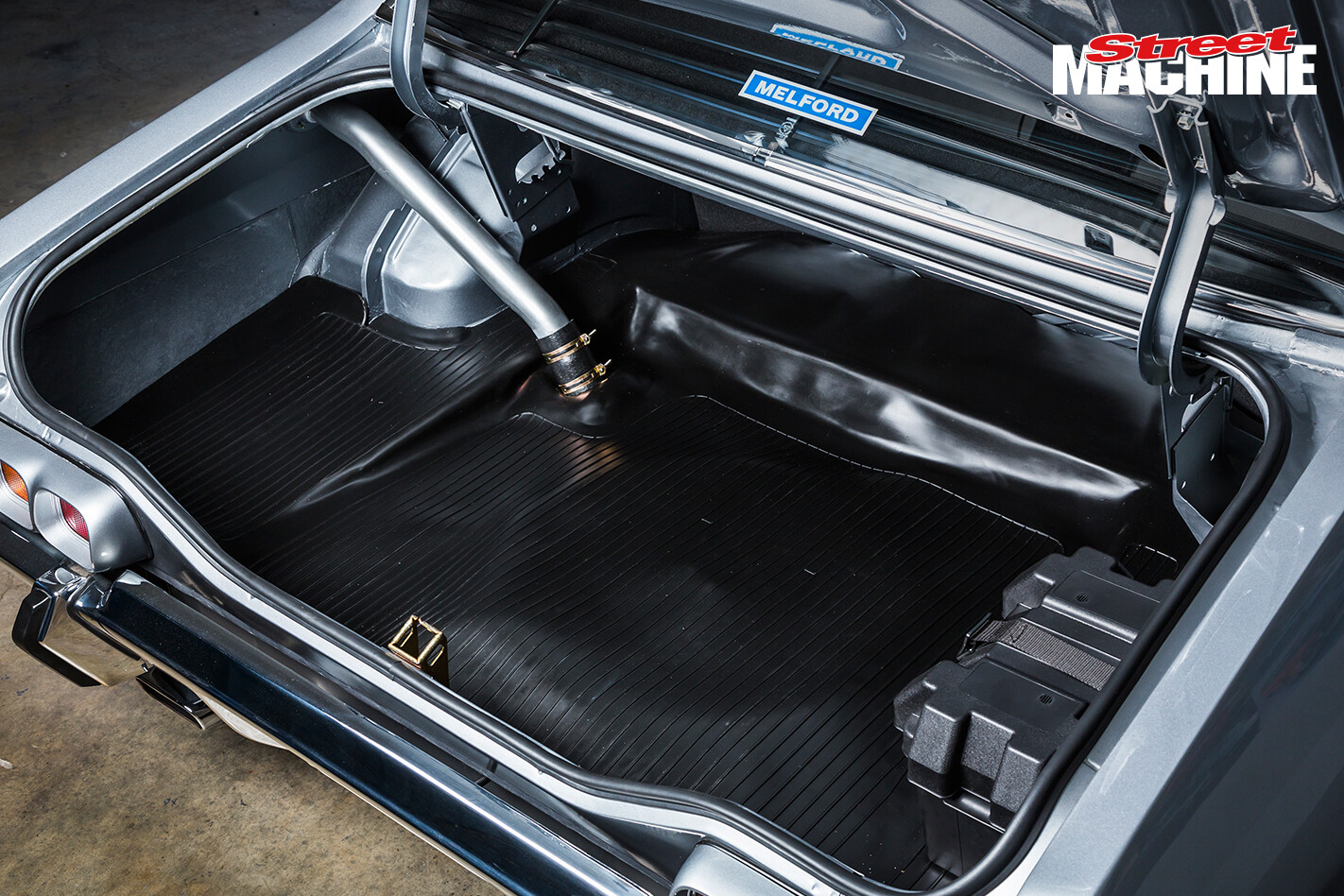 To say Ian was happy with the result would be a massive understatement. “After owning the car for 12 years, XALSDN had a transformation I thought would never happen. The silver body with the maroon interior was the best combo put together. All the chrome and stainless really made the car stand out as well. It is how I’d pictured it to be,“ Ian says. Speaking of which, what’s the story behind those plates? According to Ian, it was the direct result of a diff ratio transplant. The XA originally sported a highway-friendly 2.75:1 ratio out back. After procuring a 3.55:1 centre, Ian noticed an immediate attitude adjustment. This had a direct influence on his driving style, and a quick test drive left a lasting impression on Ian’s mate Andrew and brother-in-law Sam. As Ian admits, “the only way I drove it was flat out. Pretty much gutter to gutter – every street, every corner. I stopped at my parent’s street, held it flat to the boards, wheelspinning first, second and third down the street, leaving a decent pair of lines behind! Later that night my brother-in-law Sam came to pick up my sister to go out. My mum said: ‘Some arsehole has left the black wheelie lines at the end of the street.’ Sam started laughing and Mum whacked me over the head.” The plates were a 21st birthday present from Ian’s mate Andrew, because “all I ever did was ‘LSD’ down the road!” Long live Ian and his LSDn liquorice straps!