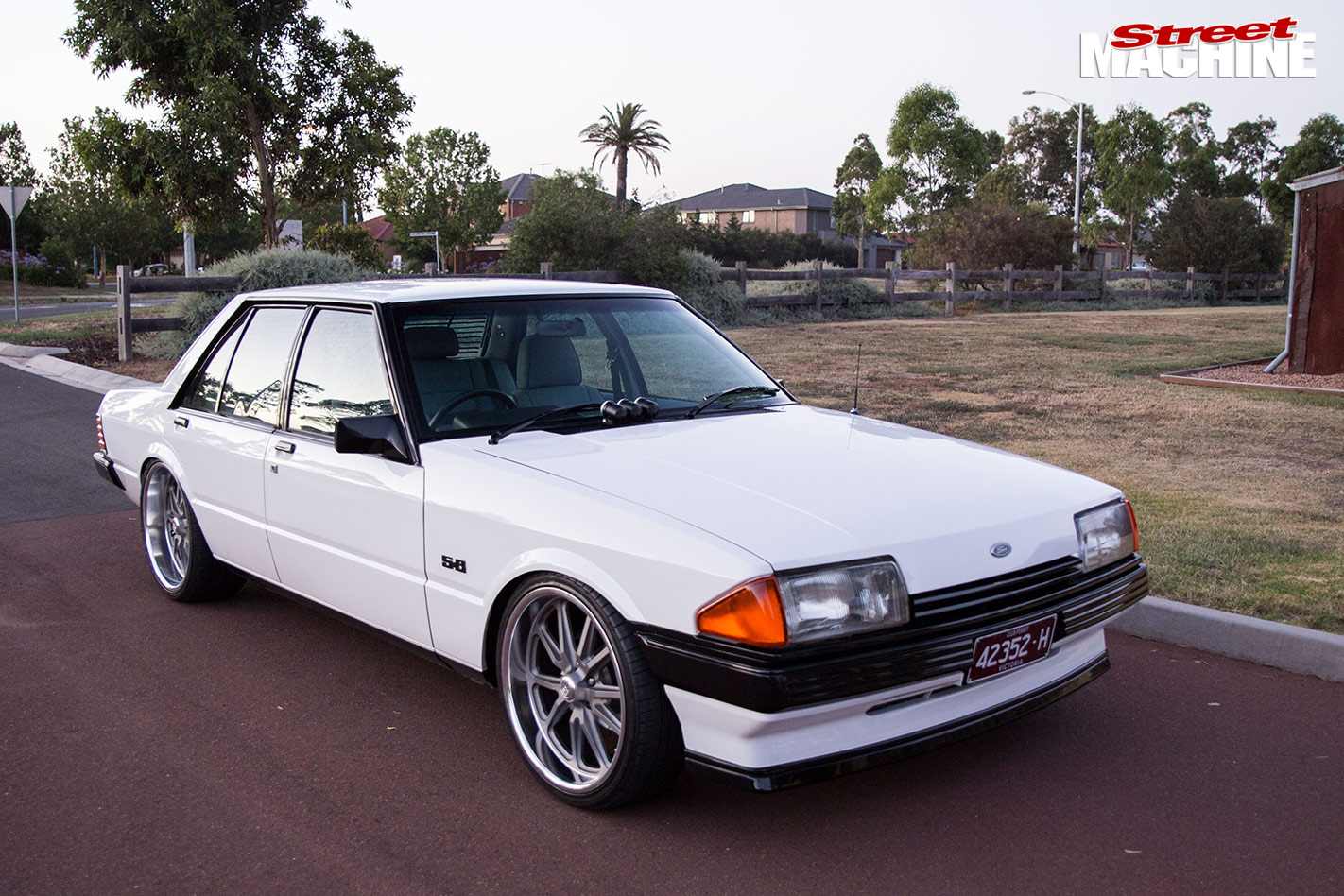 It was originally a six-cylinder but he’d put a 351 in it. Two weeks after I got it, it felt groggy so I was taking it to get a tune-up when the engine went boom! The motor had to get completely rebuilt, and one thing led to another: ‘Let’s paint the bay, maybe fix some dents, and how about we do this?’ 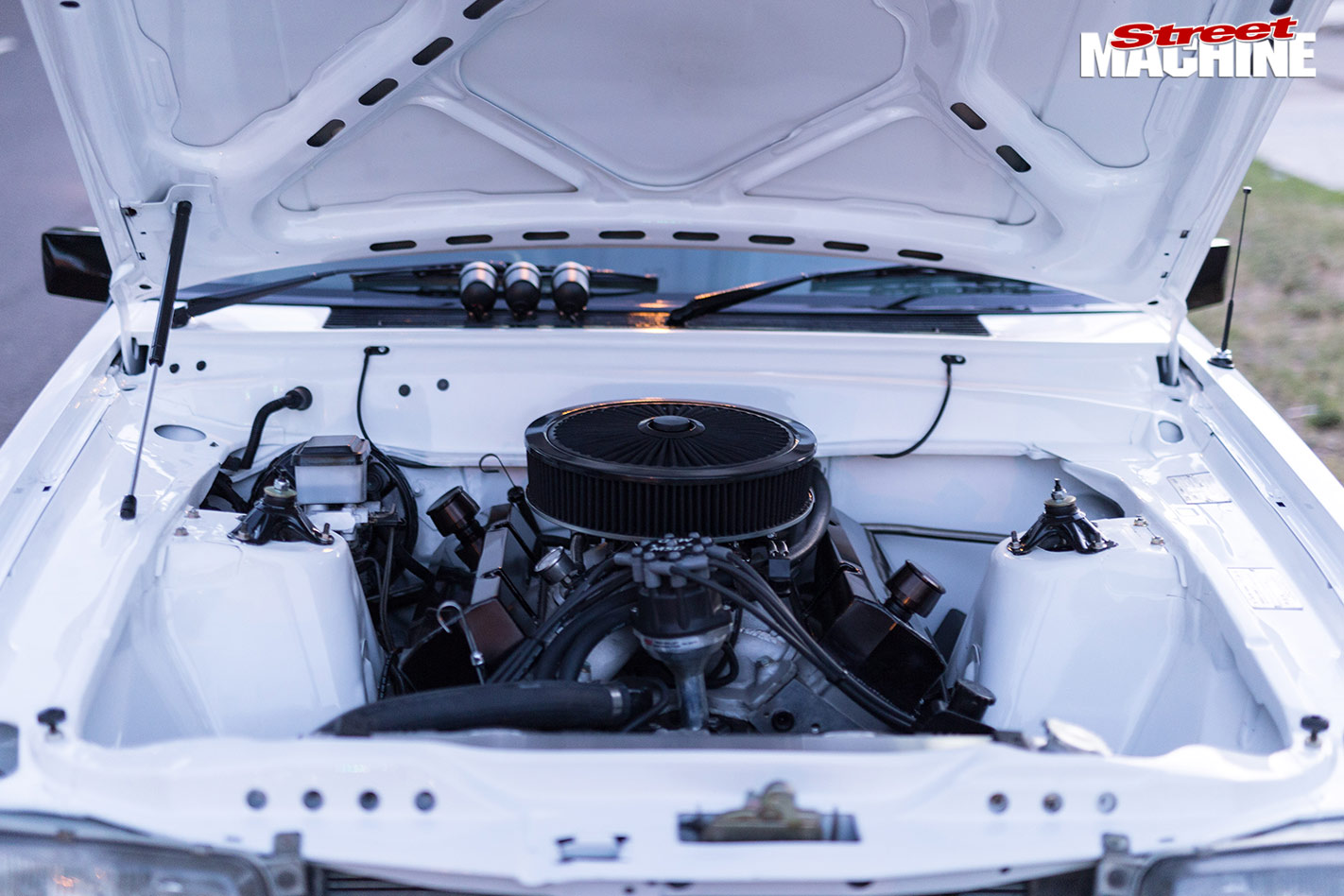 Next minute, the car’s fully stripped back and I’m going custom white paint with a cleaned-up engine bay. The engine is a 351 with alloy heads, air-gap manifold, hydraulic Comp cams, Holley 750 Ultra HP carby with Pacey extractors. It made 440hp at the fly. The gearbox is a manualised C10 with a TCI ratchet shifter, while the diff is a 3.9:1 Truetrac LSD. Brakes are standard XE with slotted and dimpled discs, and the car rolls on 20-inch US Mags Rambler rims – I was sick of seeing FRs on all X-series Falcons). 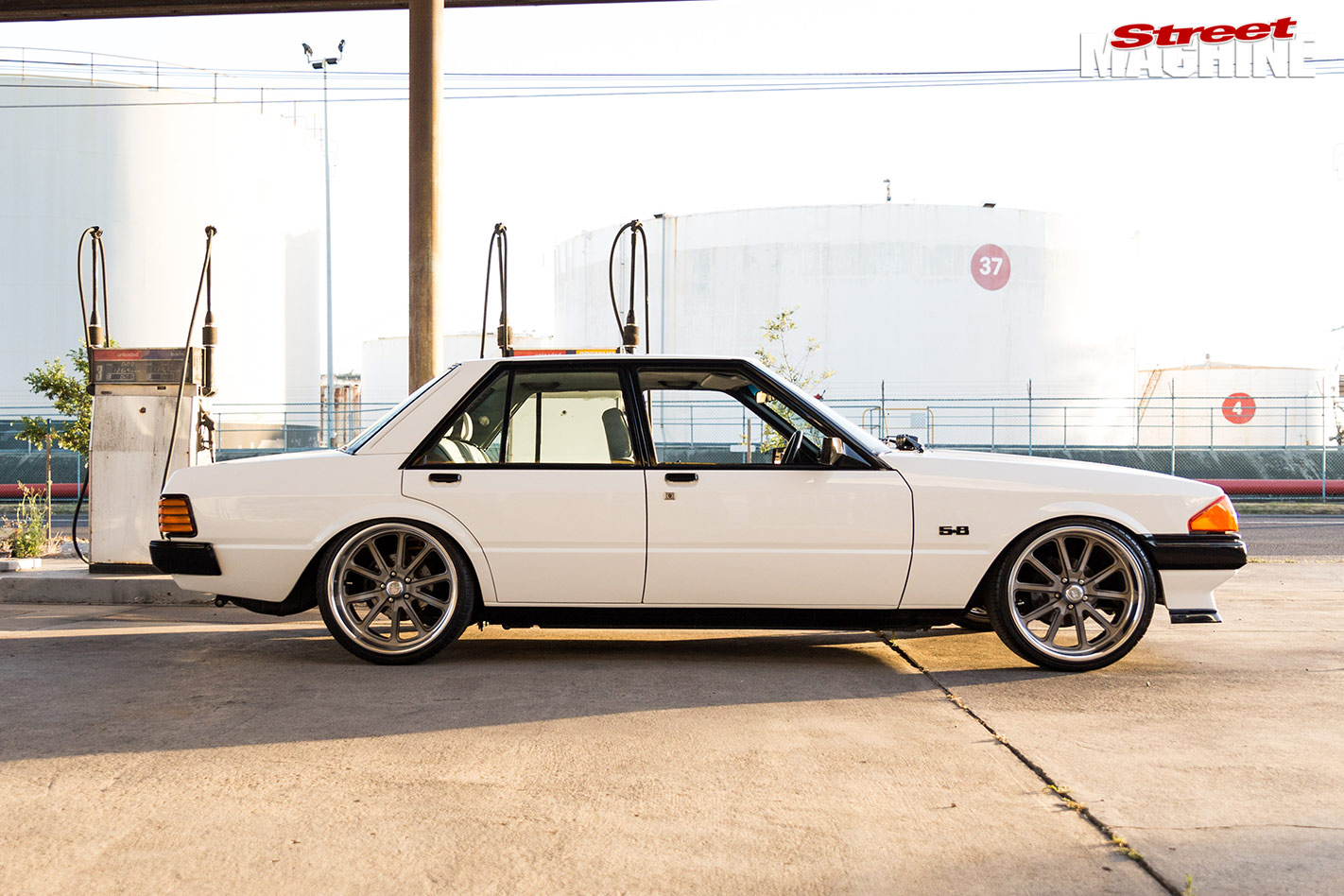 Paint is custom straight-cut white with gloss-black bars and inserts. The engine is currently getting an upgrade due to a faulty cam lobe, with solid cams and stronger lifters and rockers. I’m hoping to push the 500hp mark, but we will find out in a few weeks. The bloke who built the engine, Johnny, was a good family friend and over the journey of this build we have become really good mates; I treat him like a brother and he treats my car better than his own!” 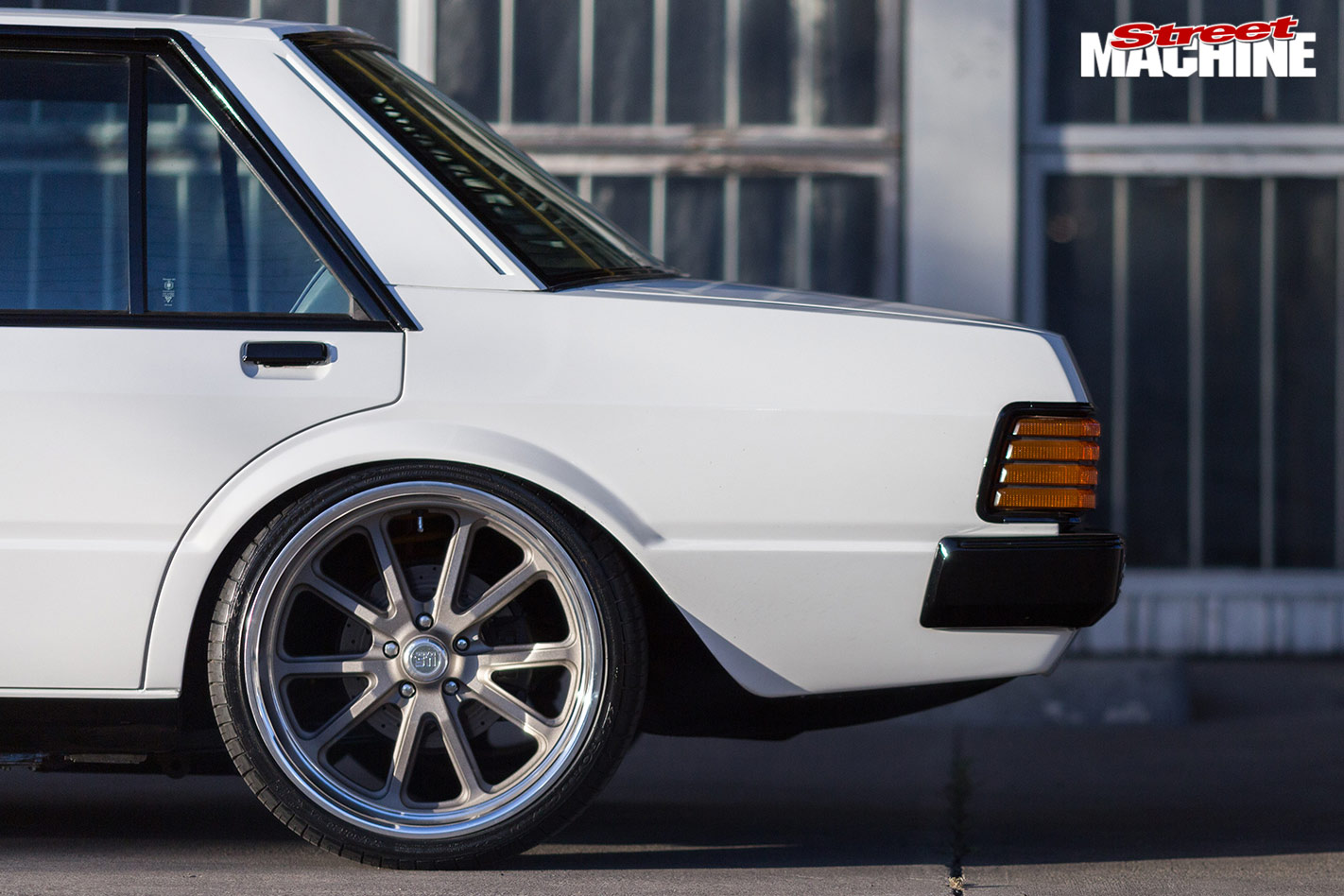