FINGERS CROSSED! That’s the vibe we should all be sending George Haddad as he prepares for Drag Challenge 2017.

George ran Drag Challenge last year in a blue XR Falcon in the Radial Aspirated class. “It went 10.20@135mph and we finished, not a problem!” he says. “But we really can’t make the XR go any quicker. Well, we can, but not without an upgrade in safety gear [with respect to ANDRA’s rules] to go quicker than 10.0. We don’t want to do that to that car, so instead we’re building a higher-spec car.” 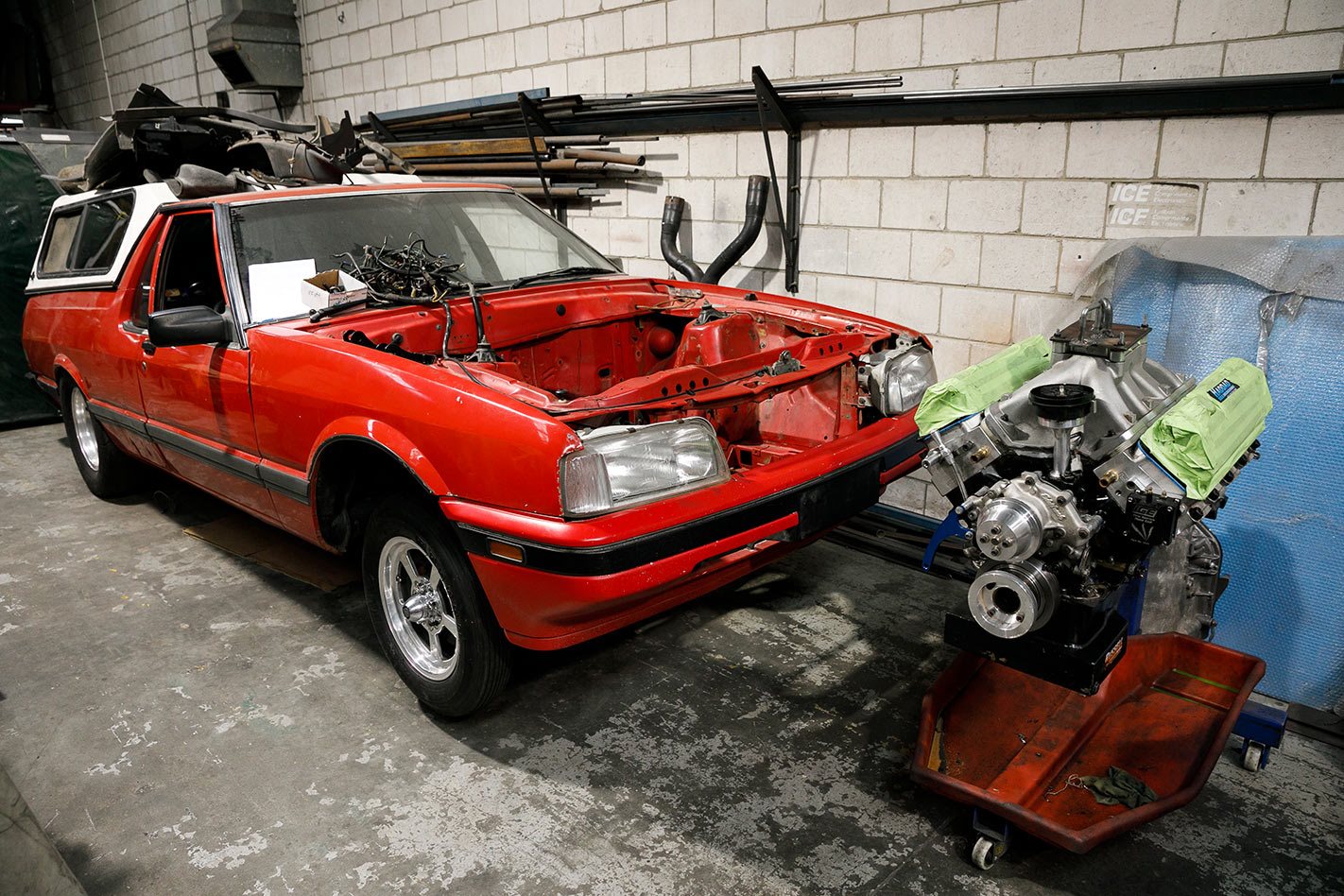 Right now he’s working toward a 440-cuber based on a Dart Windsor block with a set of Nathan Higgins-tweaked Cleveland heads. “We’ve been working on a new port [shape] with Nathan,” George explains. “It’s finished, but now we’re in the process of making a new intake manifold for it.” That’s being prepared by Scott Cook of SCM Engine Developments in Ballarat. 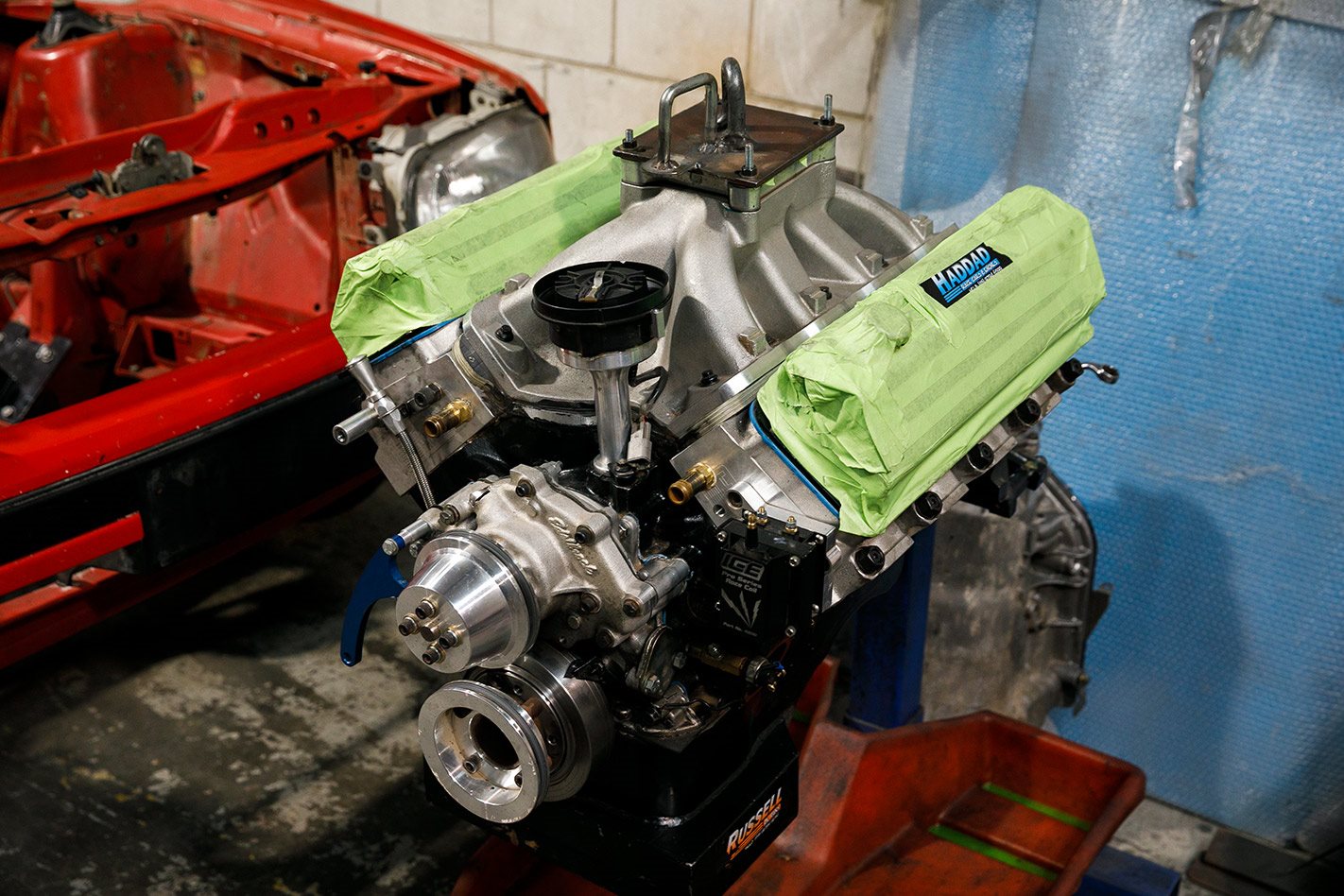 The 440 will be fed from a Pro Systems 4150 carb and sparked with ICE ignition. And since Haddad Race Cars & Engines is also Russell Oil Pans, there’s no prizes for guessing what will be keeping the oil supply under control. At 7400rpm, last year’s motor was spitting out 742hp (and 605-footstomps at 5200rpm), so George is expecting closer to 800 with the better breathing.

Behind the engine will be an SDE converter and TH400 three-speed auto – the lower first gear will allow the ute to leave the line harder than the taller-cogged two-speed Powerglide of last year – and a nine-inch axle on a Gazzard Brothers leaf-spring set-up. “They do a lot of nice work,” George says of the Gazzards. “There are lots of leaf-spring cars out there using their stuff that go really fast.” 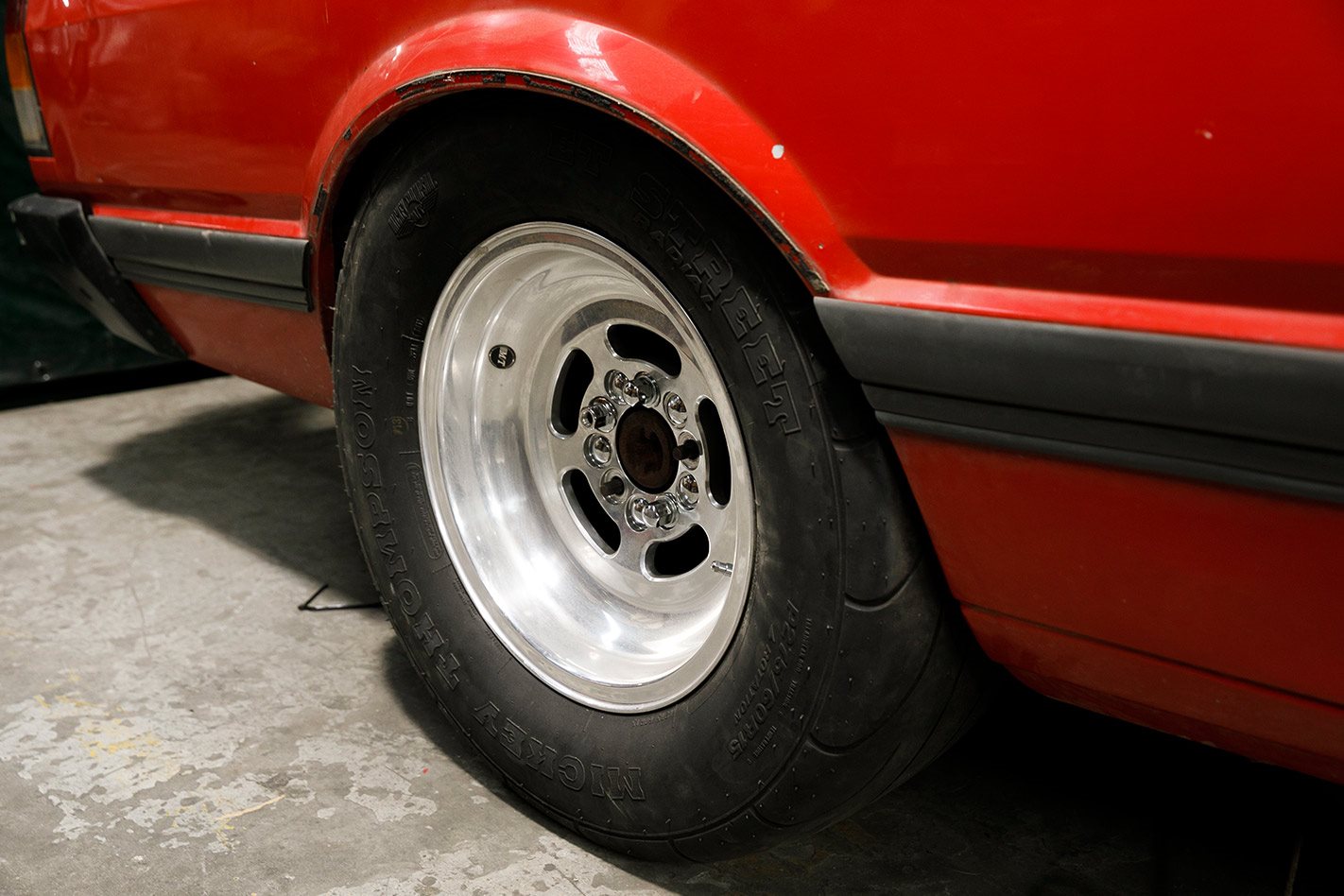 According to George, the ute will be considerably lighter than last year’s XR, too. “Building it fresh means we can take a little weight out of it,” he explains. “We can make it all work better. This should be around 300lb lighter, so with all the improvements we should be in the nines.

“And no, we won’t be leaving the canopy on it. Everyone says we should, but it’s too heavy – two of us can only just lift it!”

With lots of thrashing still to be done on the XF (and the XR sitting there as a solid Plan B option just in case), George can’t wait to hit the road again in November. 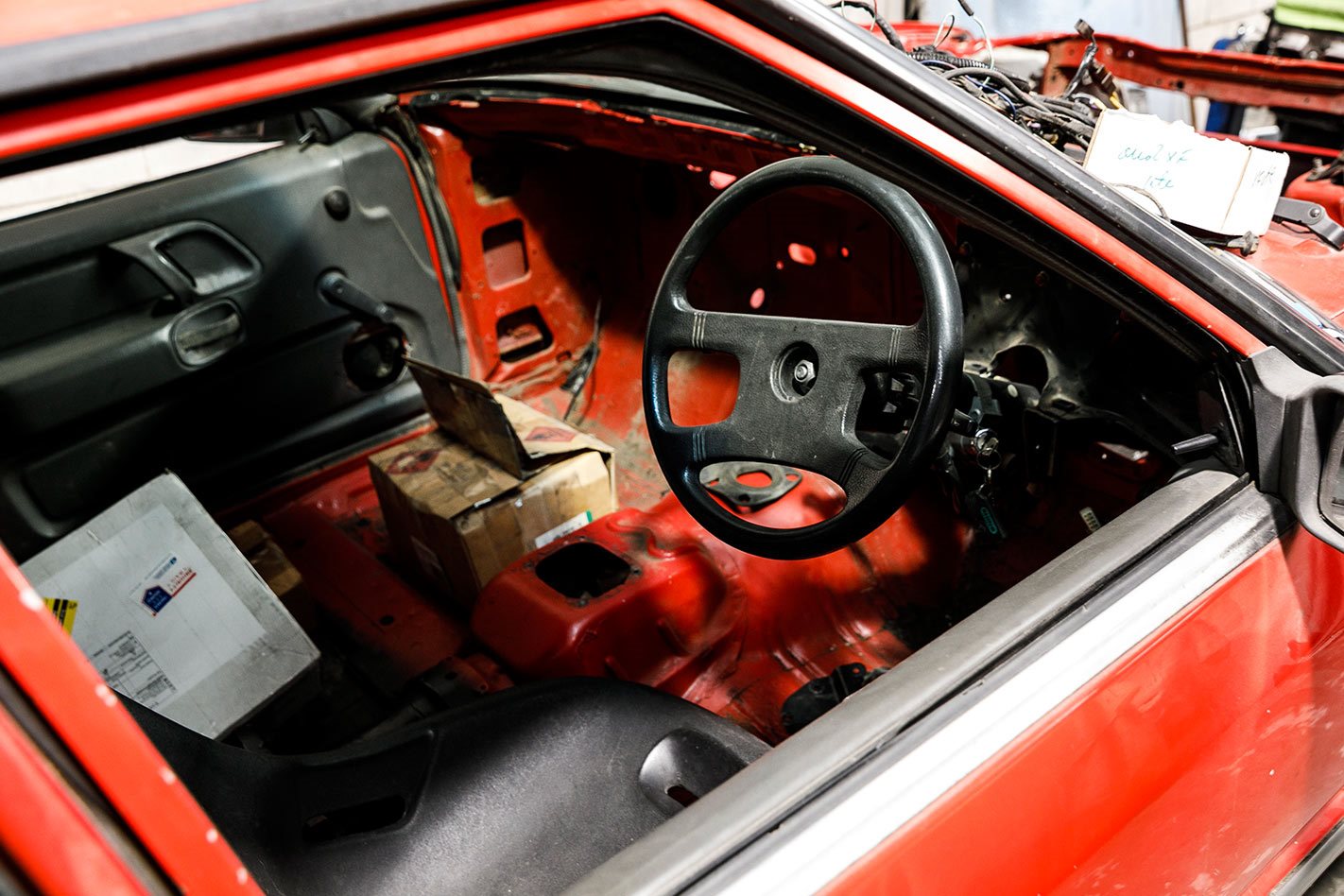 “The organisation of [Drag Challenge] impressed me,” he says. “I’ve been to one-day events and it’s a shemozzle, and yet this is five different days and locations and it was run like clockwork!”

Gee thanks, George! That’s gotta be worth half a second and 10mph!