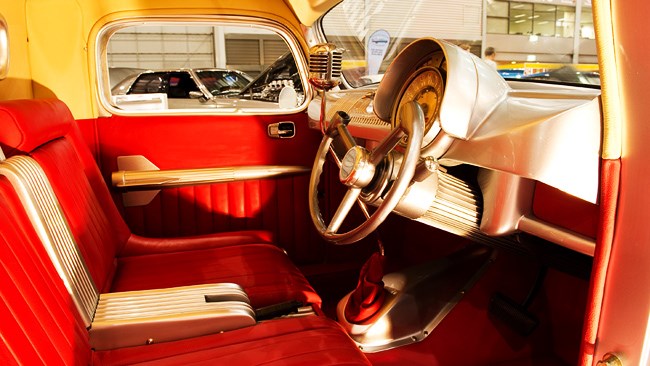 This amazing little hot rod was built from the remains of over 60 different cars!

IN the latest issue of Street Machine, we have a massive coverage of this year’s Meguiar’s MotorEx, Australia’s most prestigious indoor car show.

This was the event’s 10th anniversary and to celebrate, Meguiar’s organised a showdown between the champions of the last decade and the brand-new stars of today. That meant that the joint was jam-packed full of big name cars, including Gary Myers’s Silver Bullet Mustang, Mario Colalillo’s new Caddy and Peter Fitzpatrick’s twin turbo FC Holden.

Yet, for all the big name cars in the room, it was a little hot rod from Sydney’s west that grabbed our attention. Dubbed ‘Scar’, the silver pickup is the creation of signwriter Peter ‘Bluey’ Boxsell. Bluey is no stranger to Street Machine, with his famous, Ford V8-powered VW Beetle being featured way back in the Dec ‘83/Jan’84. Bluey has been driving it ever since, racking up around 500,000 miles on the clock!

Also known as the Airborne Eight, his new car is made up from over 60 different cars manufactured between 1933 and 1967. The car was built as a ‘what if’ concept car theme and is a tribute to the bloke who inspired Bluey to get involved with cars way back when.

We’ll have a full feature on the Airborne Eight in a future issue, in the meantime, feast your eyes on the pics and try figure out what cars Bluey used to build the beast. 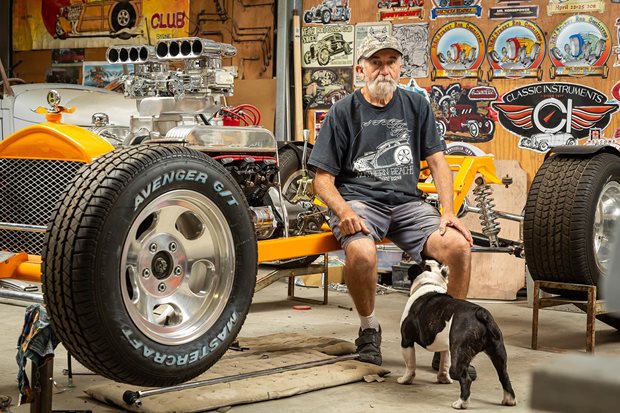 After half a century on the tools, local rod and custom pioneer Dave Hart can tell some wild tales 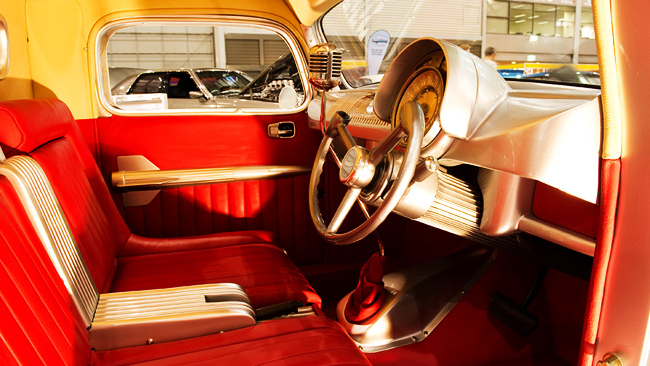 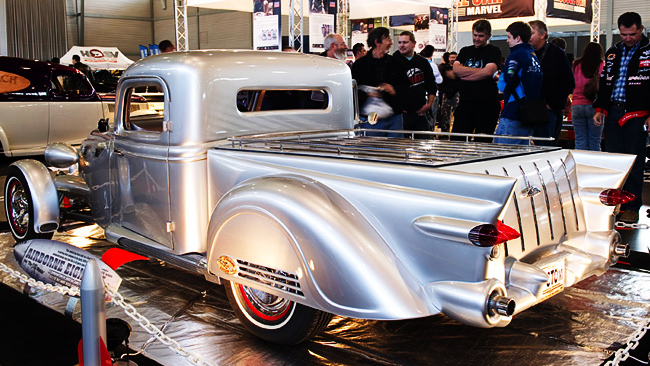