SOME cars scream out: “Look at me!” Others, like Les Woolridge’s XL panel van, are a bit more discreet. If it could speak, it would say: “Pssst. Come and check this out.” It’s definitely one of those double-take cars, the kind you spot at a show ’n’ shine and go over for a quick look and then spend the next 45 minutes checking out all the neat details. 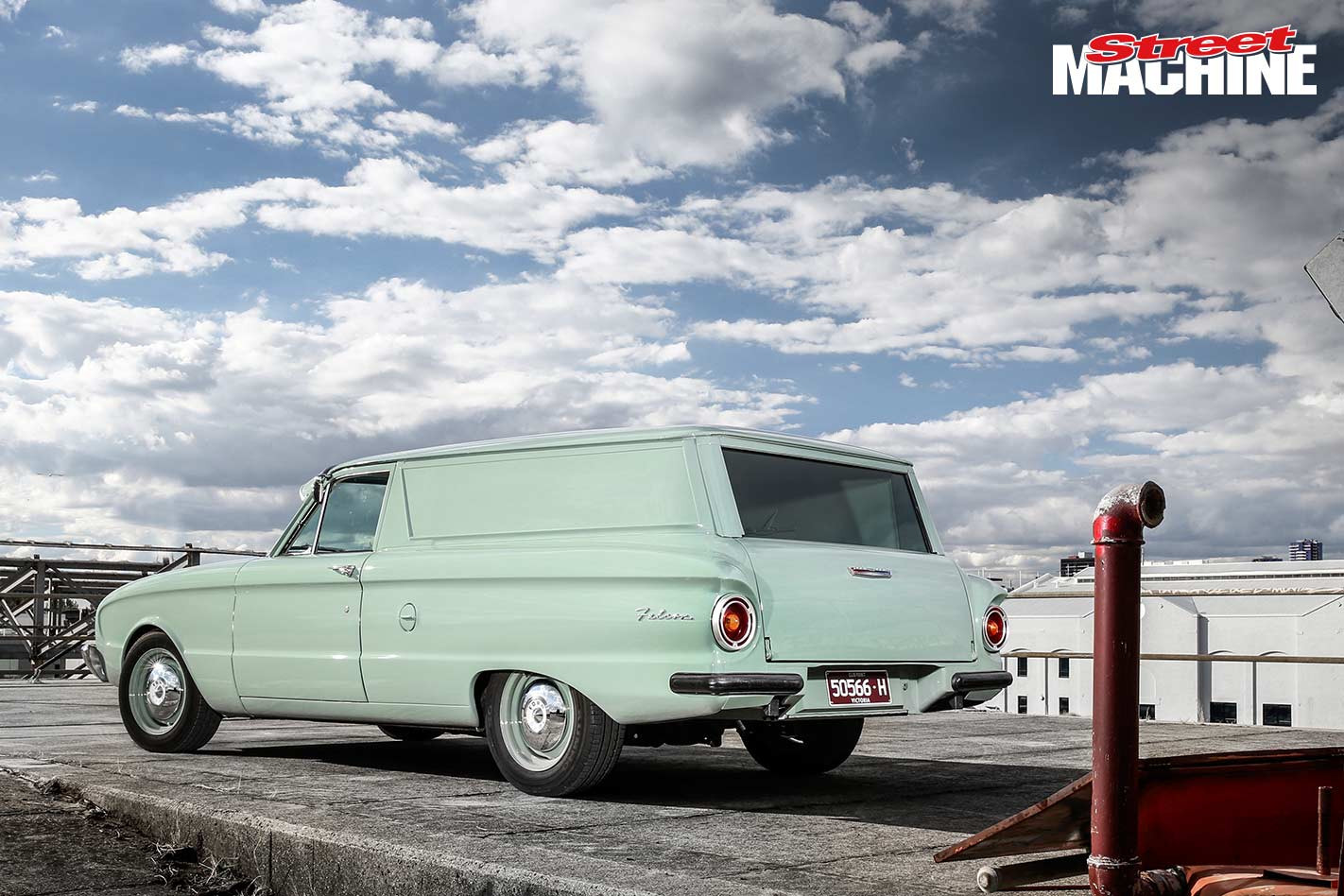 Les's van may look like a resto job, but the modifications are far more extensive than that

At first glance it looks like a nicely restored stocker, although it’s pretty obvious the wheels are a tad larger than the 13-inchers we’re most used to seeing under early Falcons – yeah, we know commercials had 14-inch wheels – but that’s about the only hint that something else is going on. 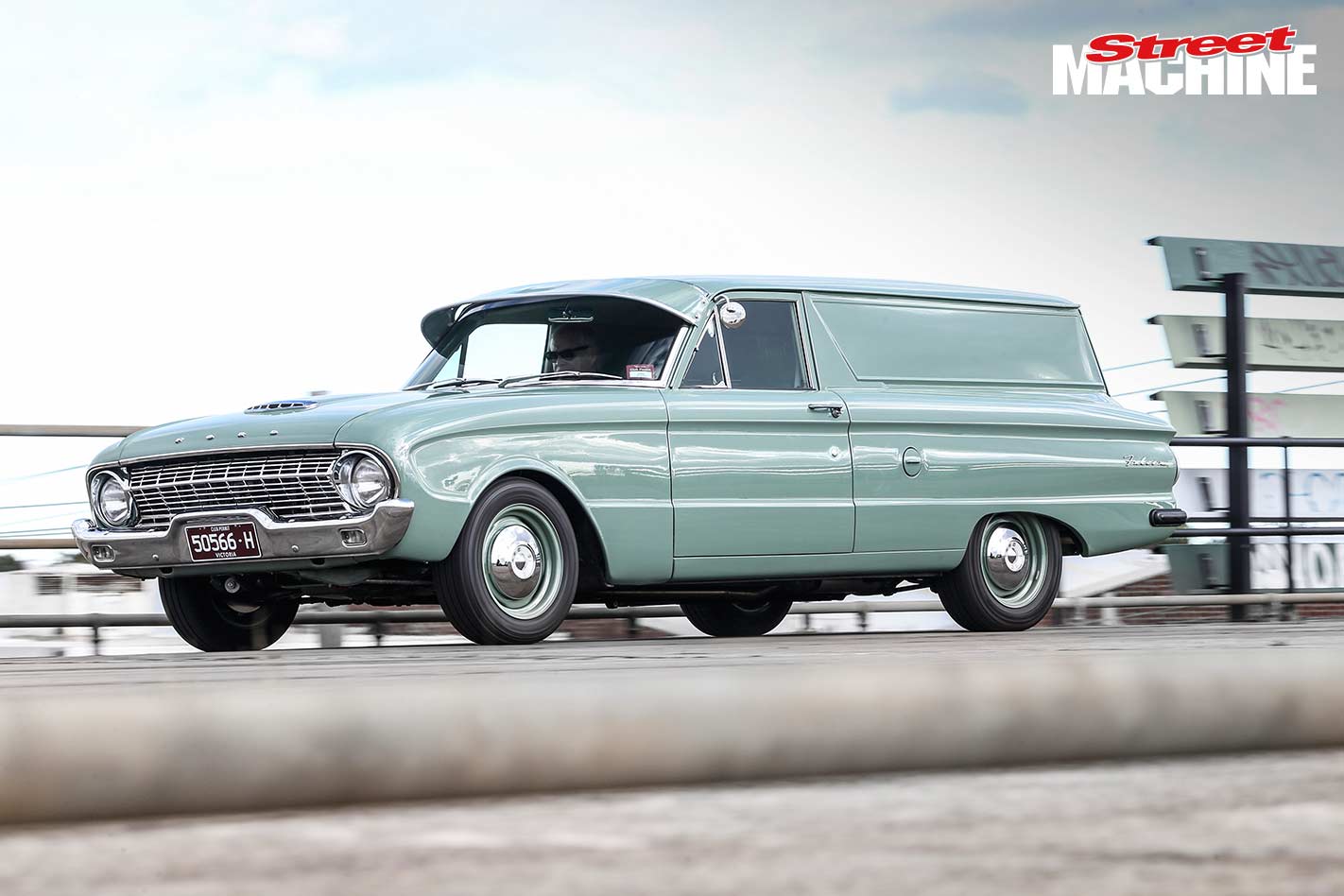 The car started out as an XP, but Les preferred the XL front end so that's what he went with

For starters, the car started out as an XP, so all you trainspotting Falcon freaks can put down the phone and close down that new email – it’s no secret. It just so happened that Les liked the look of the earlier Falcons – and at risk of raising the ire of the XP Falcon Appreciation Society, I totally agree with him. I always thought the last facelift never really suited the lines of the Falcon; it was really just a stepping stone to the squarer design of the XR. 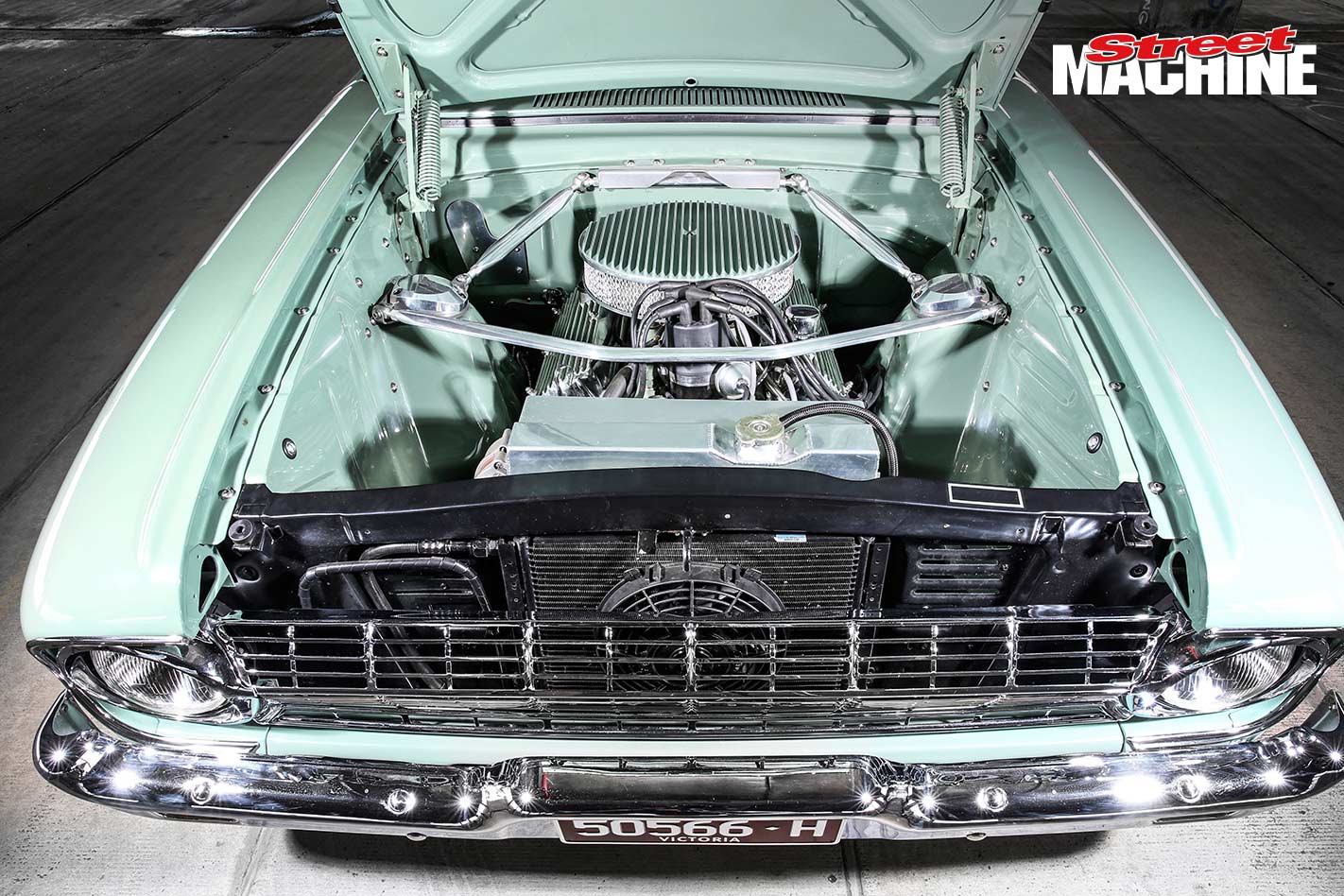 “The radiator support was damaged when I got the car and I had a choice between XK, L and M front ends,” Les says. “I thought the XM had too much chrome across the front of it and the XK just doesn’t have any chrome on it. The XL was the best-looking one, I thought.” Keen eyes may spot that Les opted for an XM trim piece on the bonnet, but once again, they’re the best-looking option. 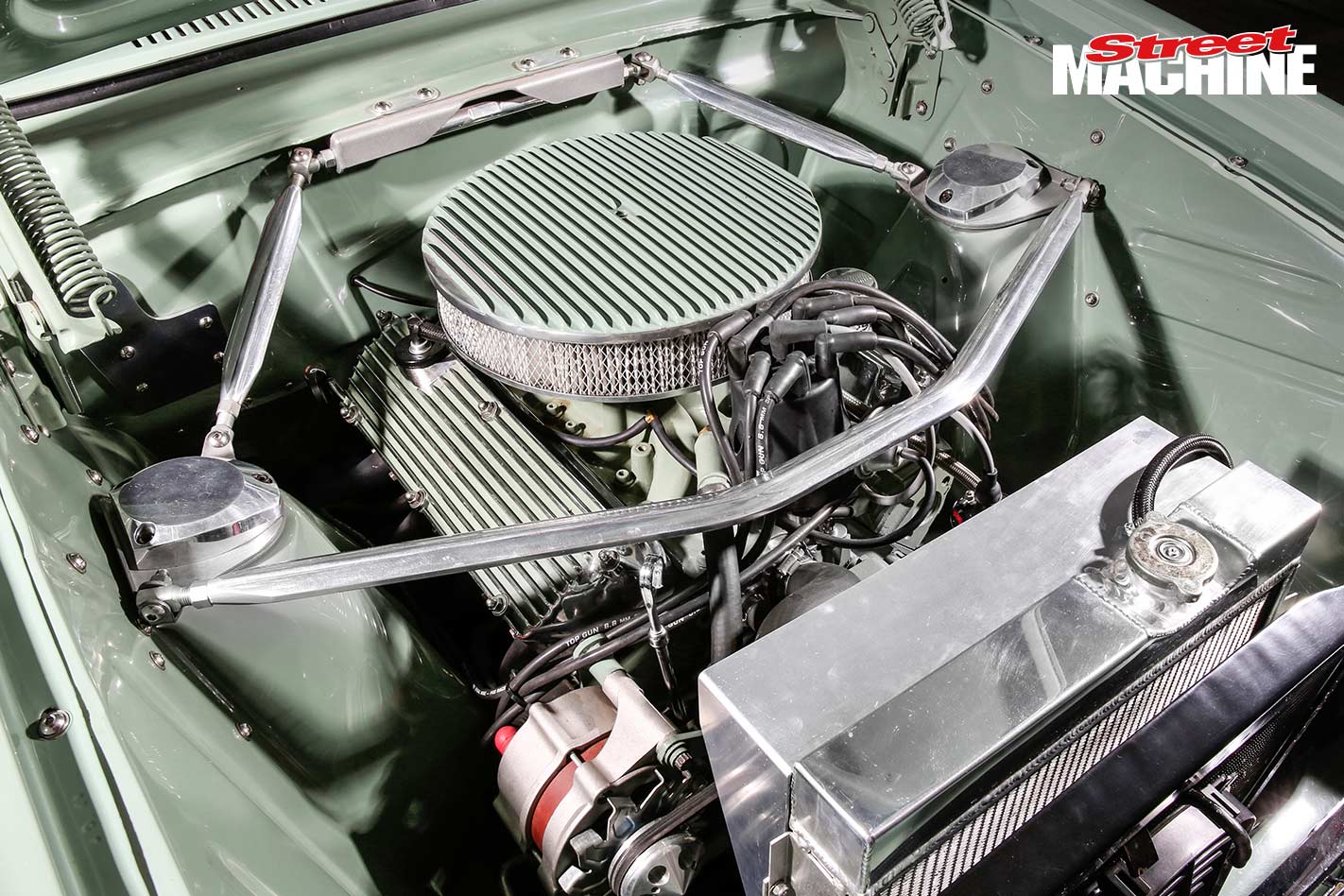 It's a super tidy engine bay with no wiring, brake booster, master cylinder or air conditioning hoses to be seen

If you get close enough to look under the bonnet you’ll see the old six-pot is gone and a very tidy 302 Windsor slotted into place. It’s nothing too wild, but probably puts out about 350hp thanks to a nice set of heads and the beautifully crafted extractors and exhaust from Mike’s Pipes. In fact, Mike’s Pipes did more than just the bend up a few bits of stainless: “I have to thank Mike and Mark for their input and co-operation in helping to define the build style, and their hard work in painstakingly building the car like it was their own,” Les says. 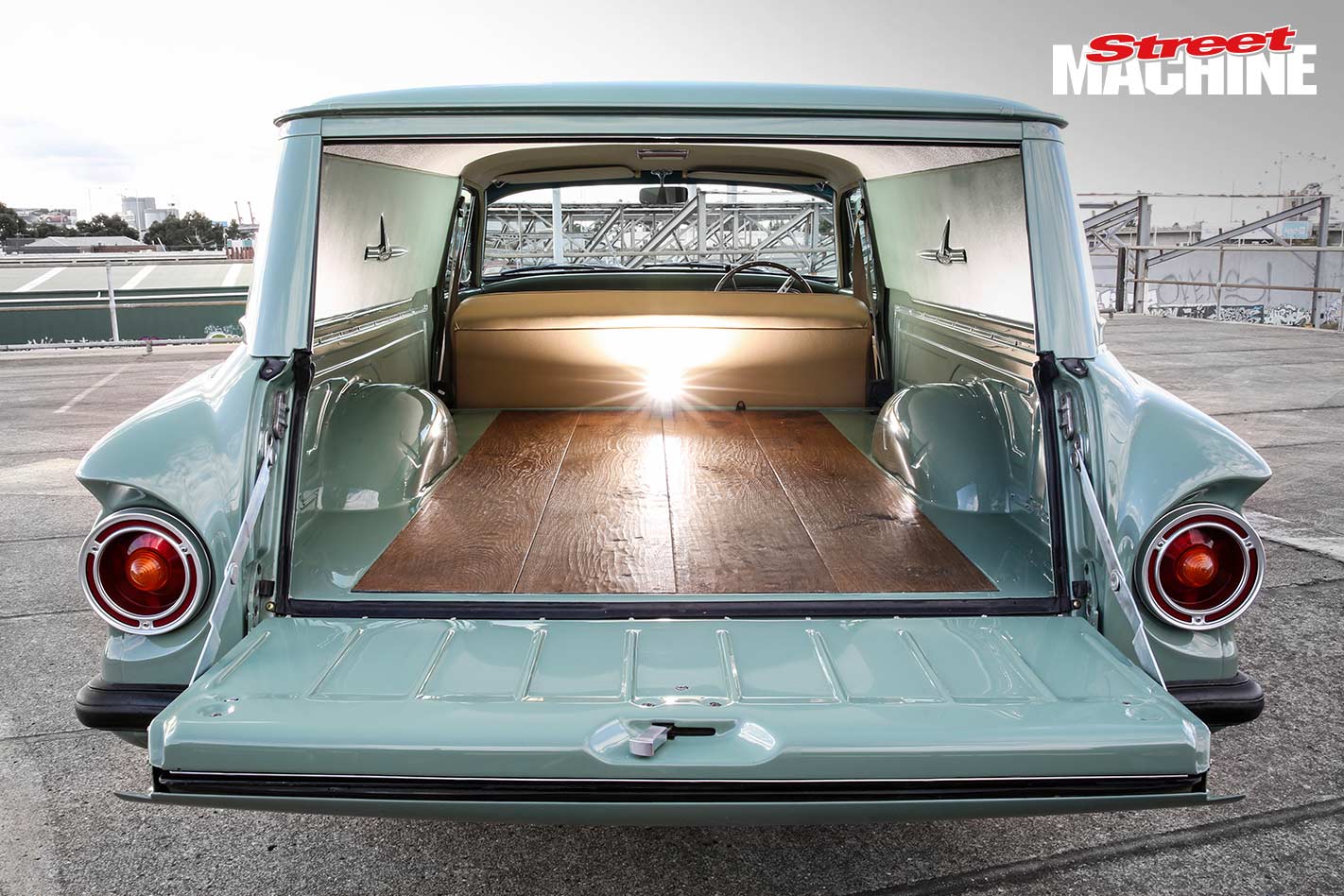 There’s plenty to see in the engine bay – well actually, it’s what you can’t see that makes it interesting. There’s no wiring, the brake booster and master cylinder are under the dash and the air conditioning hoses run behind the guard as well. It all makes for a very sanitary resting place for the colour-coded engine. A set of super-rare Keystone valve covers and matching air cleaner lid are all the dress-up gear this donk needs, and no doubt by now you’ve spotted the strut braces that keep everything from flexing all over the place. 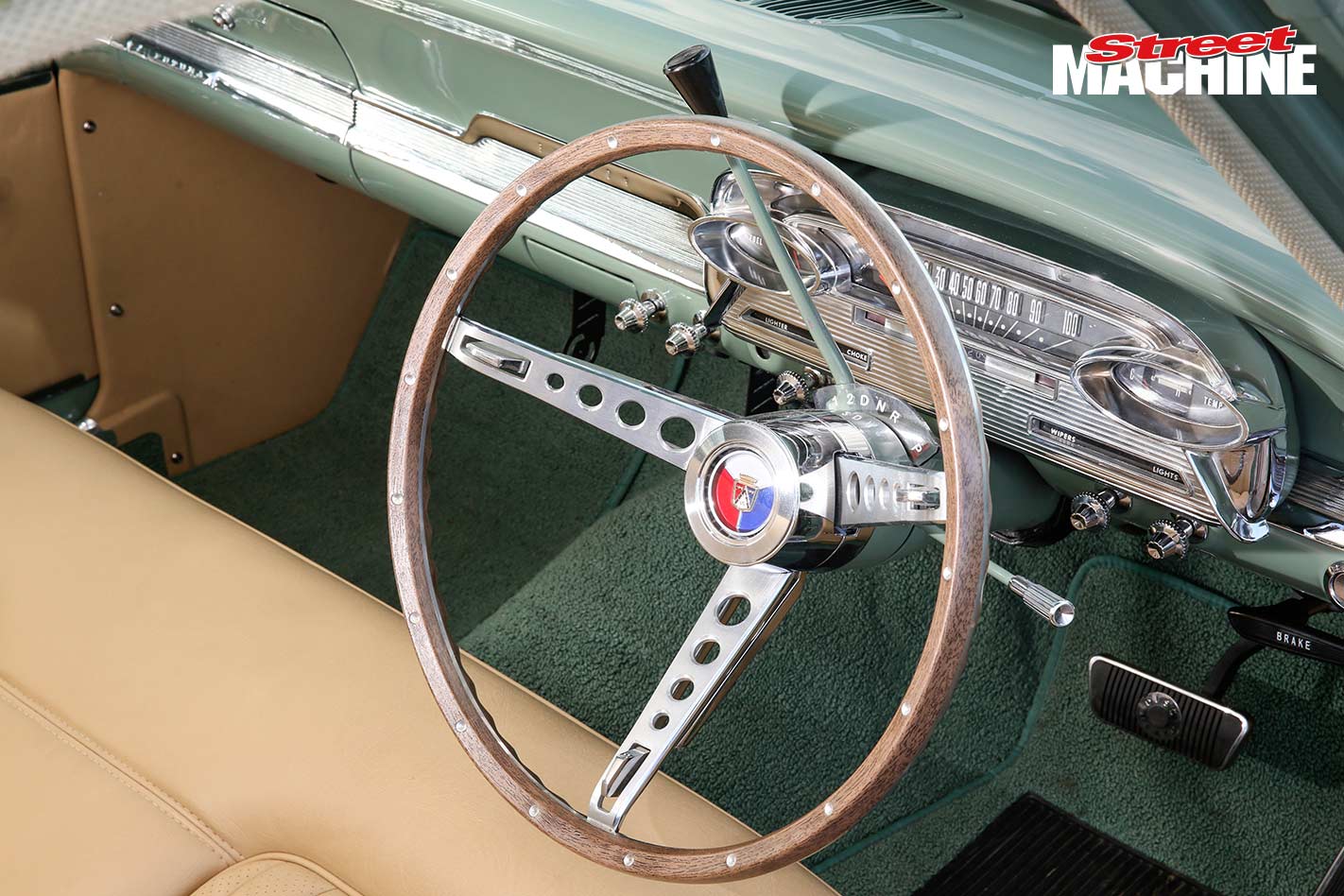 Ford nuts will notice it's an XP dash, but the instruments are from a '64 Comet

Time to stick your head underneath the car to see what’s going on. Yep, as expected, it’s not stock under there either. There’s coil-over suspension, big disc brakes and rack-and-pinion steering up front, while out the back there are more coil-overs and discs and a three-link system holding the nine-inch in place. Les built this thing to be able to stop and handle, and with good reason. 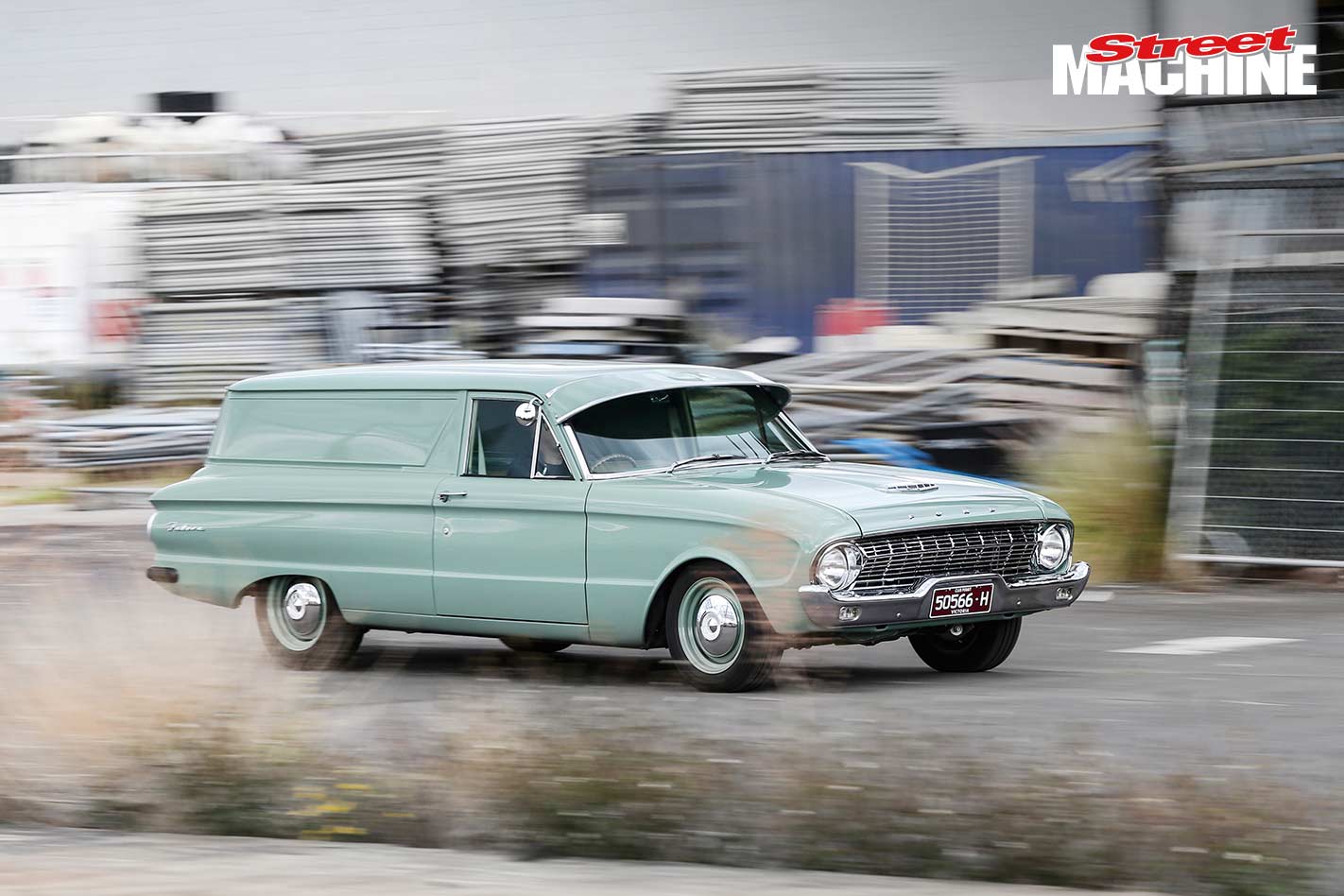 “I built half-a-dozen cars when I was a kid in Canada, and you could never stop the suckers and they used to steer like shit, whereas this has a very robust suspension in it now and it stops really well. 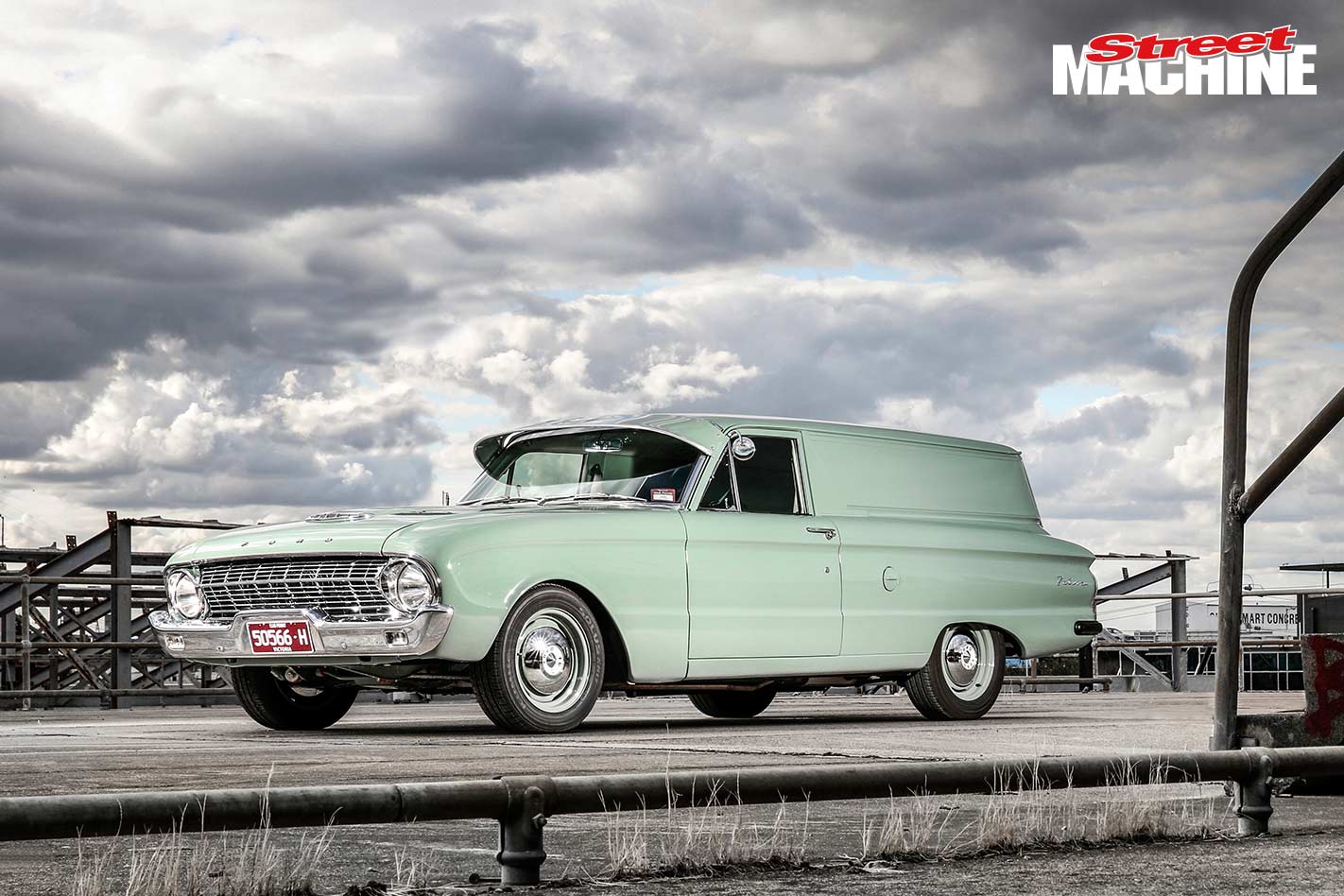 “I built it so my wife could drive it, because if she didn’t enjoy driving in it then I probably would be driving by myself, and maybe even living by myself! That’s why we did the air con, power brakes and the power rack.” 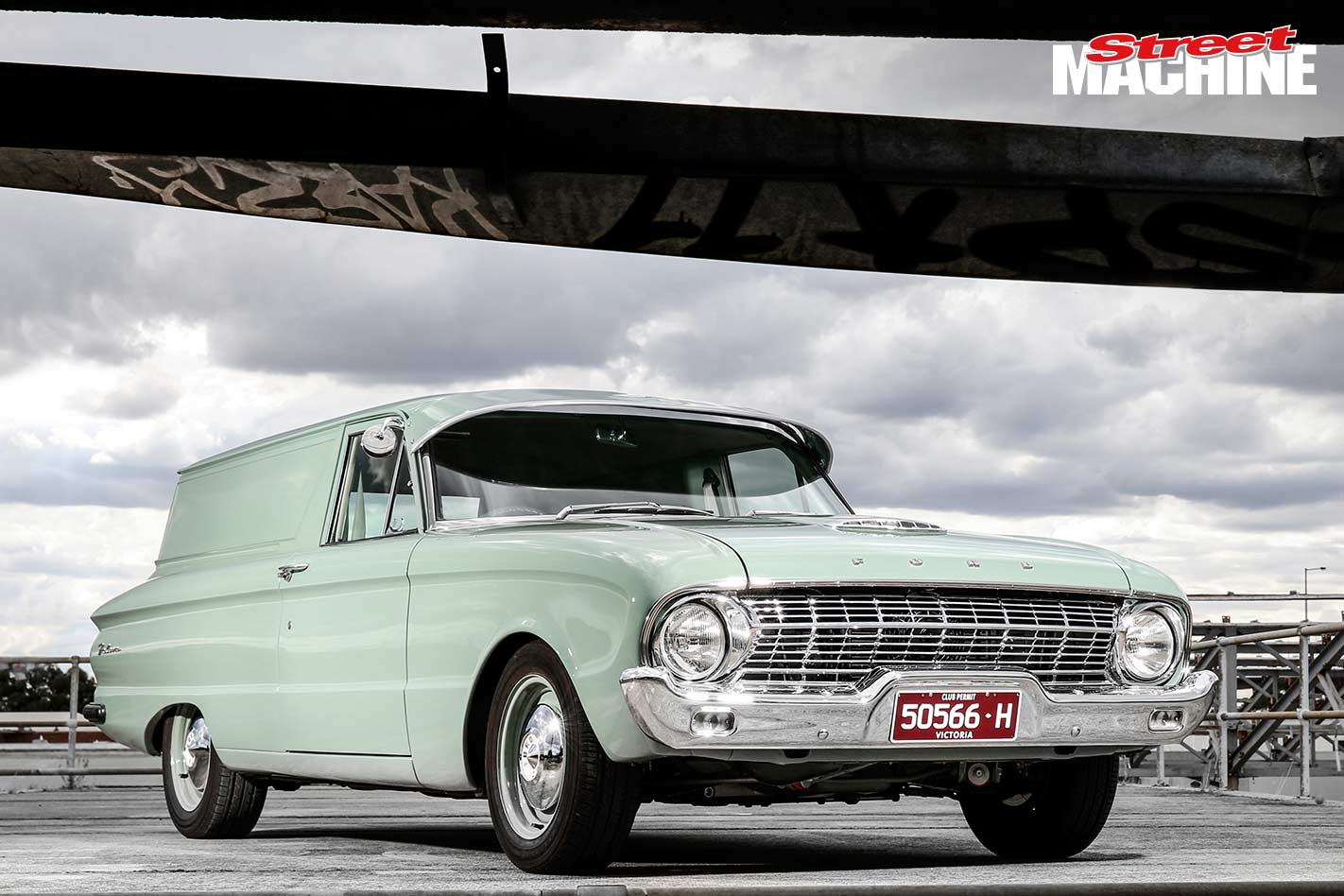 While it’s all pretty austere and low-key on the outside, it’s the lap of luxury on the inside; a beautifully trimmed bench seat, fully trimmed cargo area and a dash that has been upgraded with full-width Futura trim, the instrument binnacle from a ’64 Mercury Comet, a Mustang GT wheel and a custom-build air-con system. “You’d be lucky to get a cigarette paper under the dash now,” Les says. 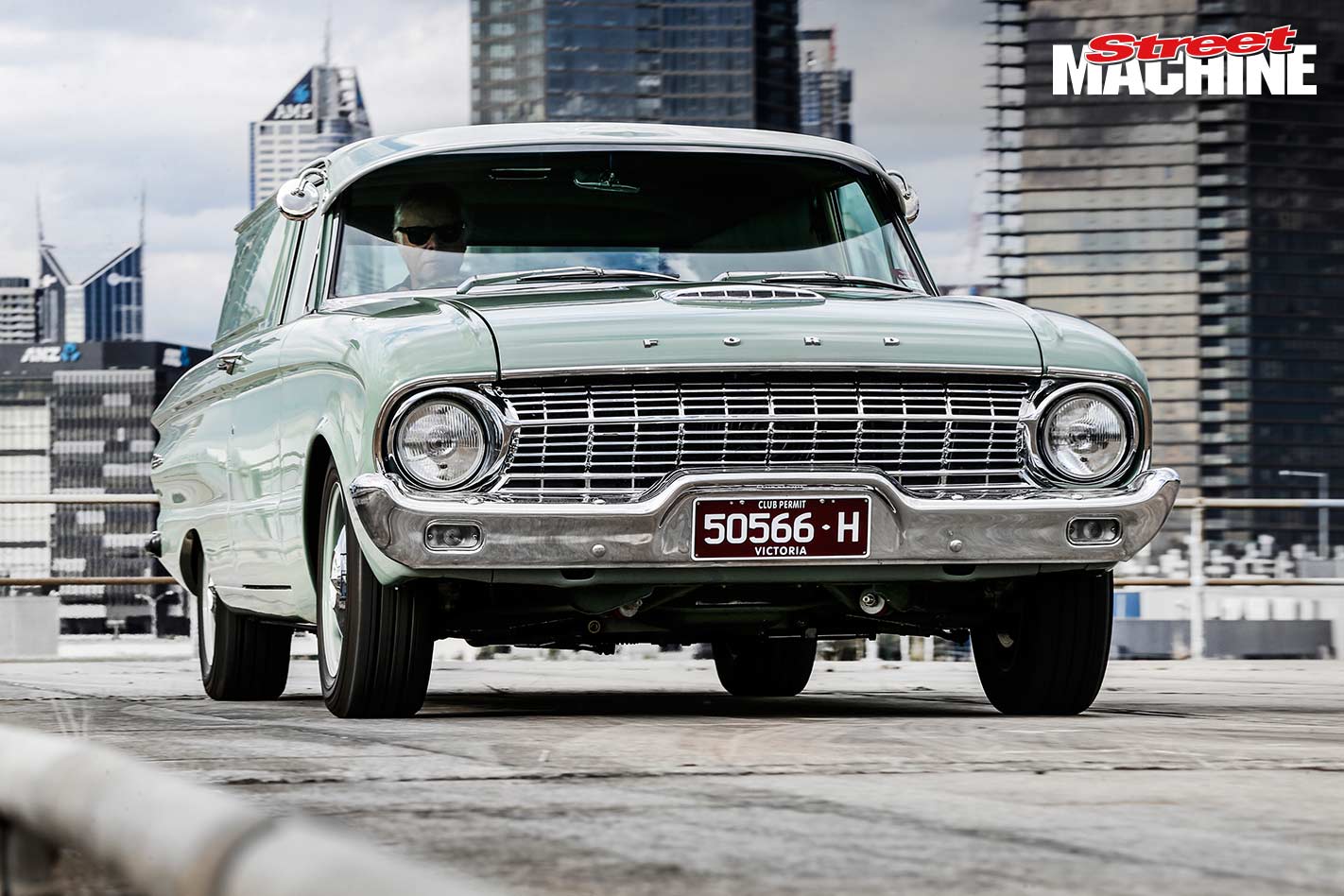 Although it took five years to build and not the two that he had originally planned, Les achieved his goal of creating a really nice car that he could drive and was a bit of a classic. While some purists may complain that he butchered a rare ride and that it will never be original again, Les has got a pretty good response for those folks: “I’d rather be a classic man driving an old car than an old man driving a classic car.” Amen to that! 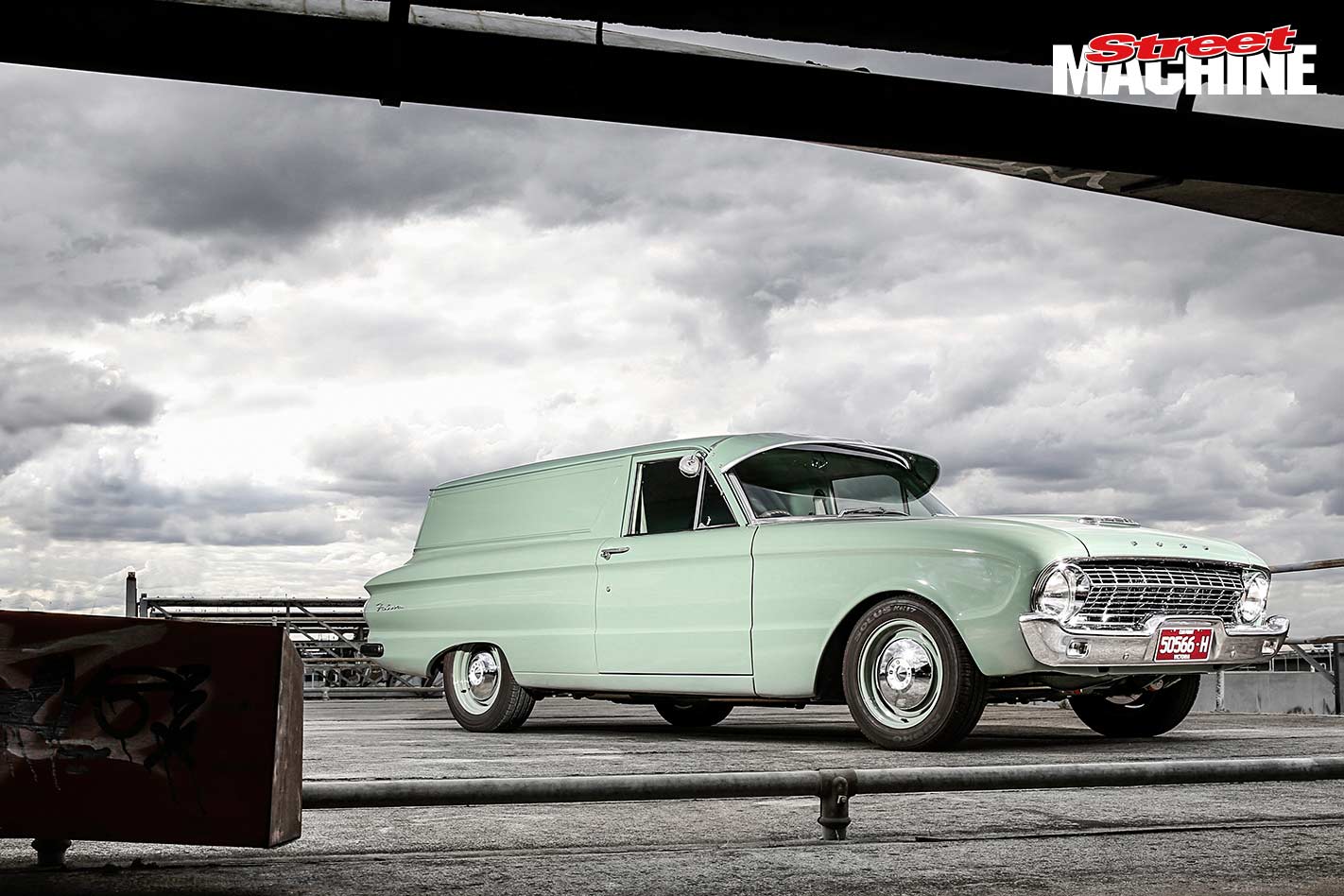 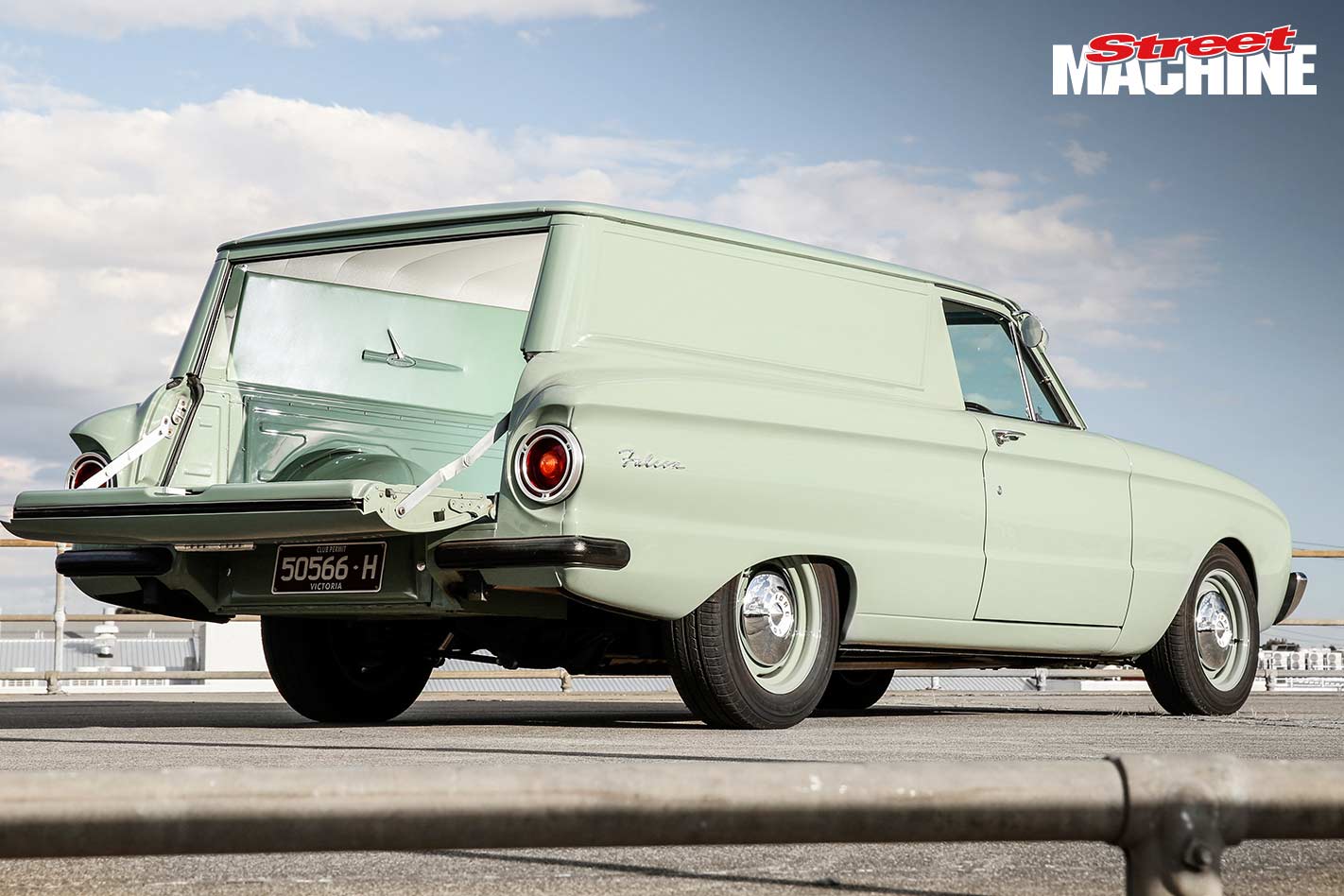 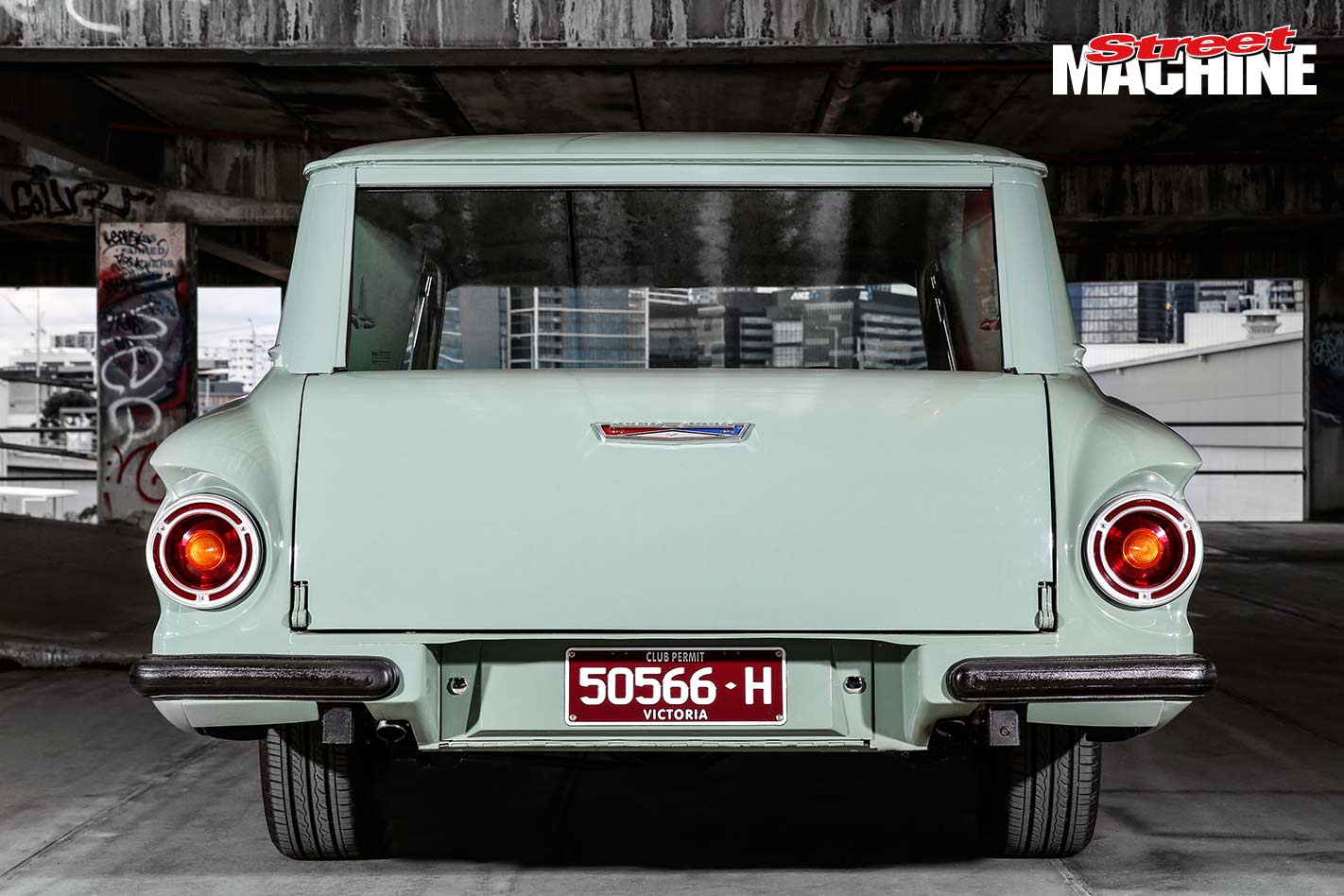 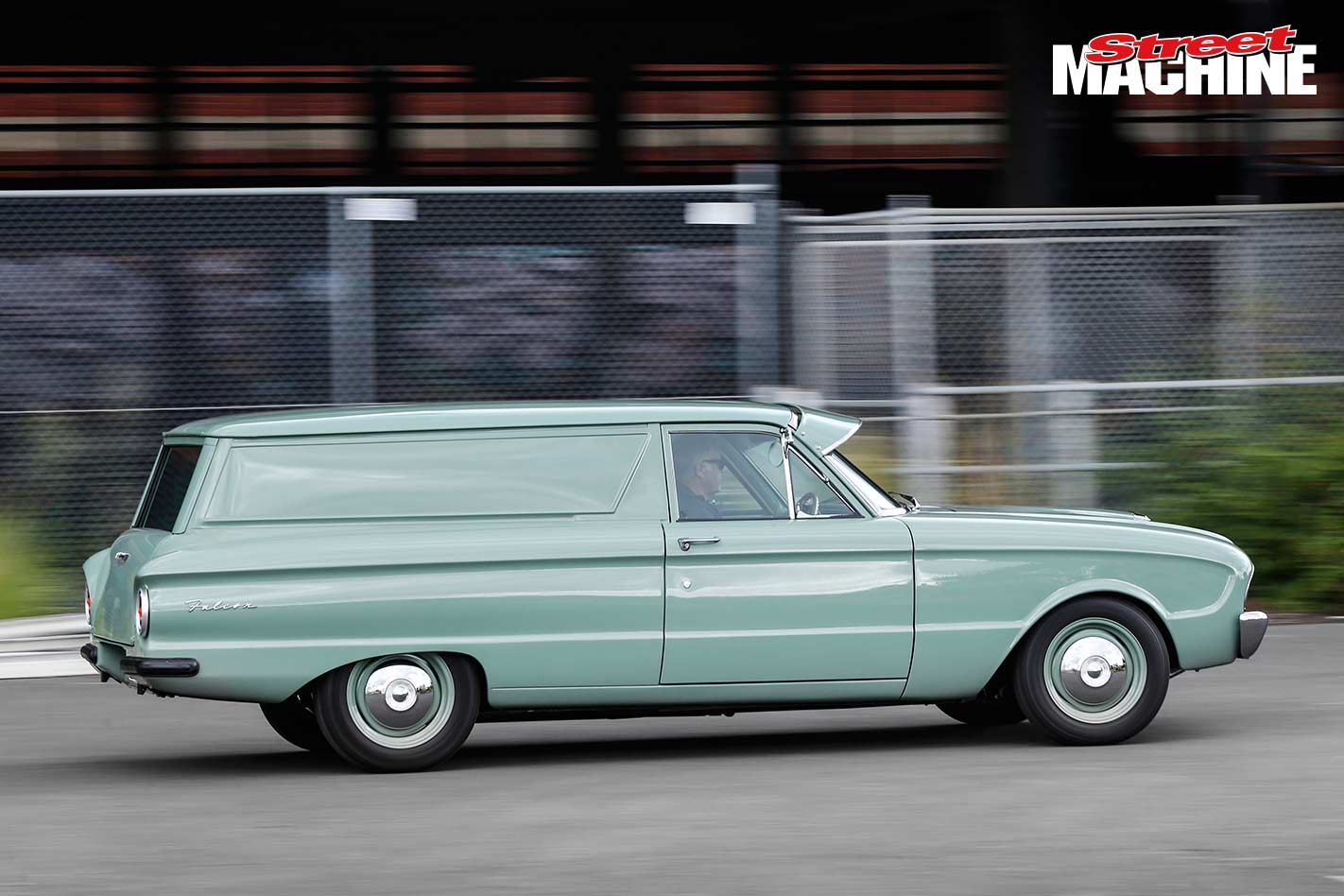 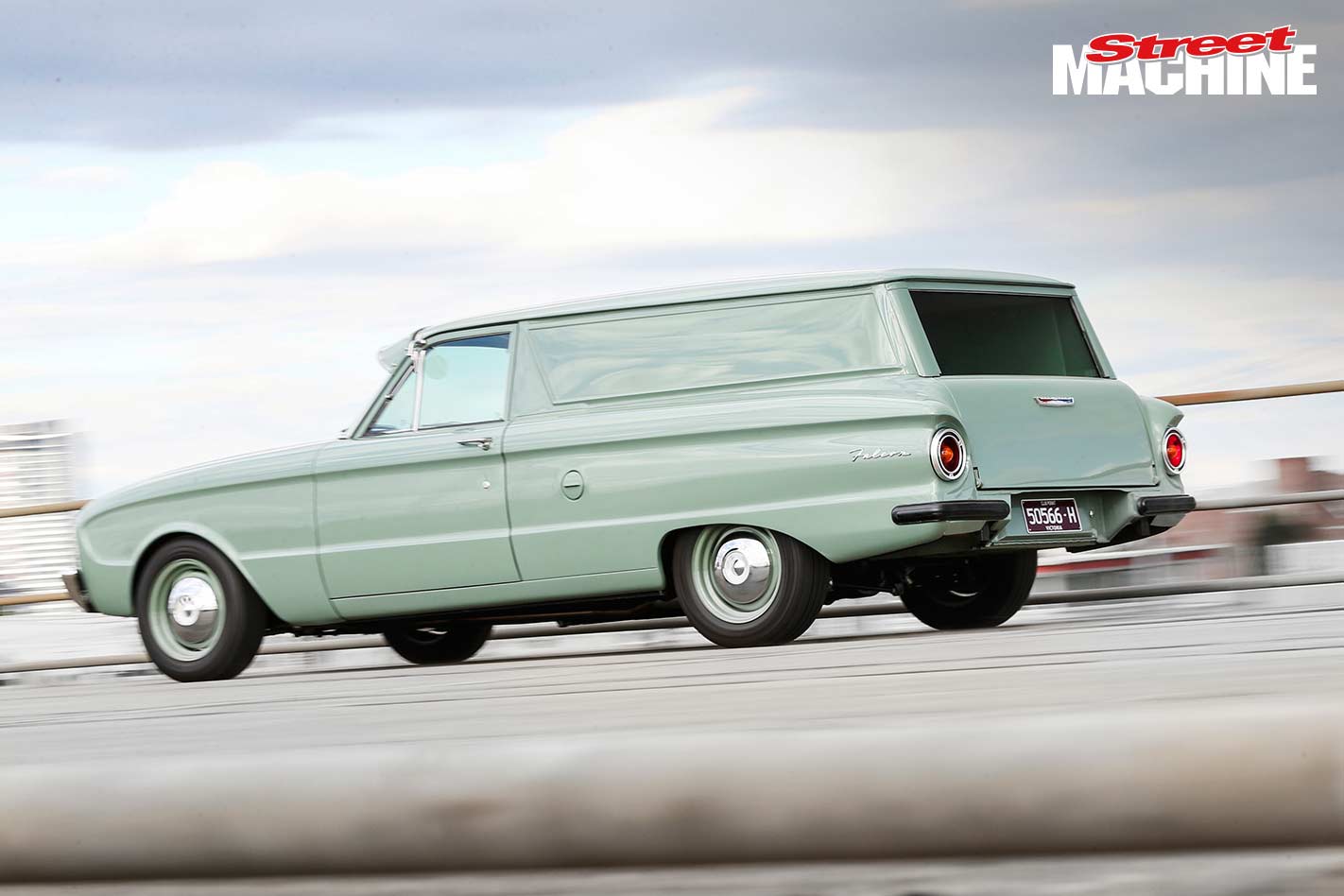 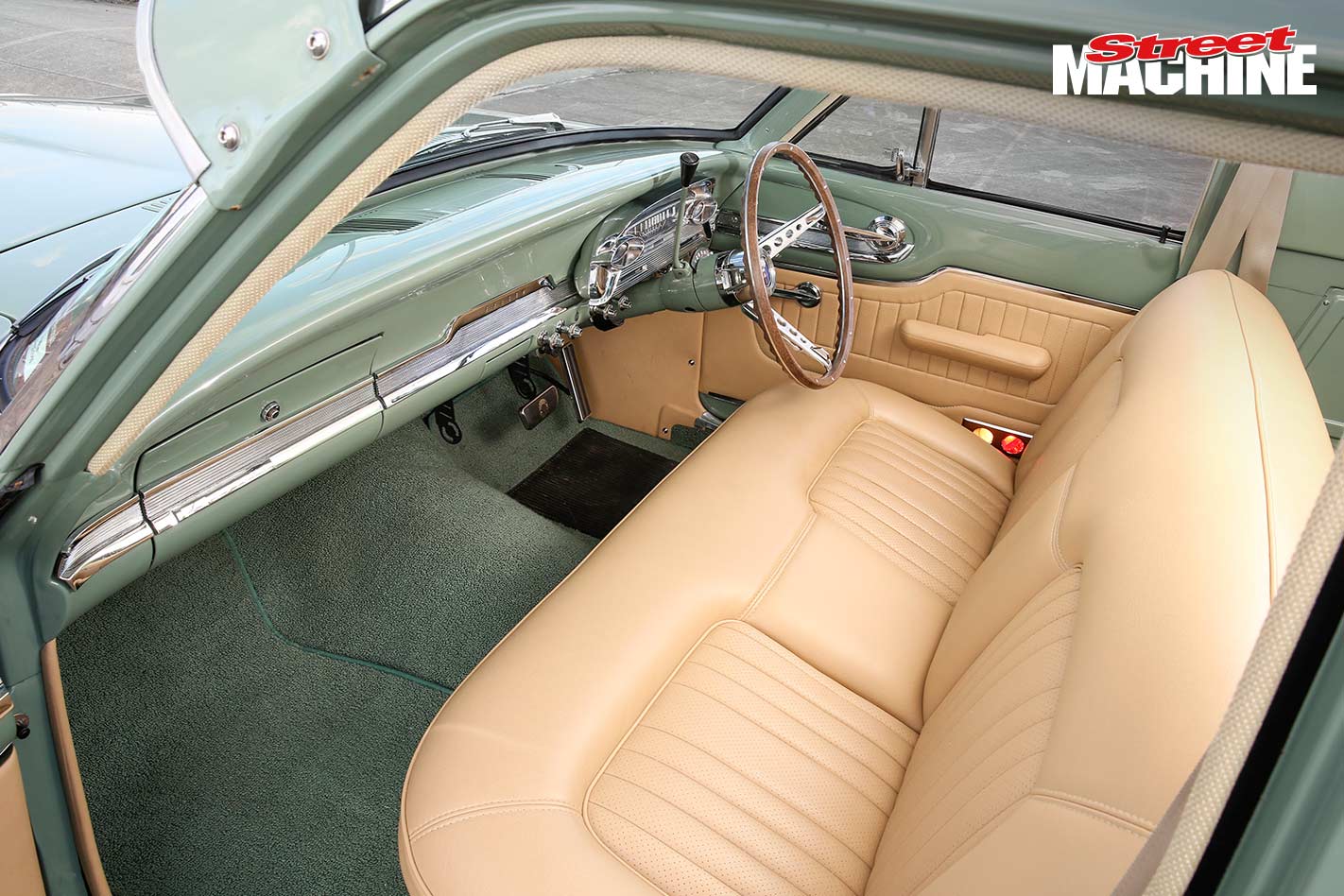 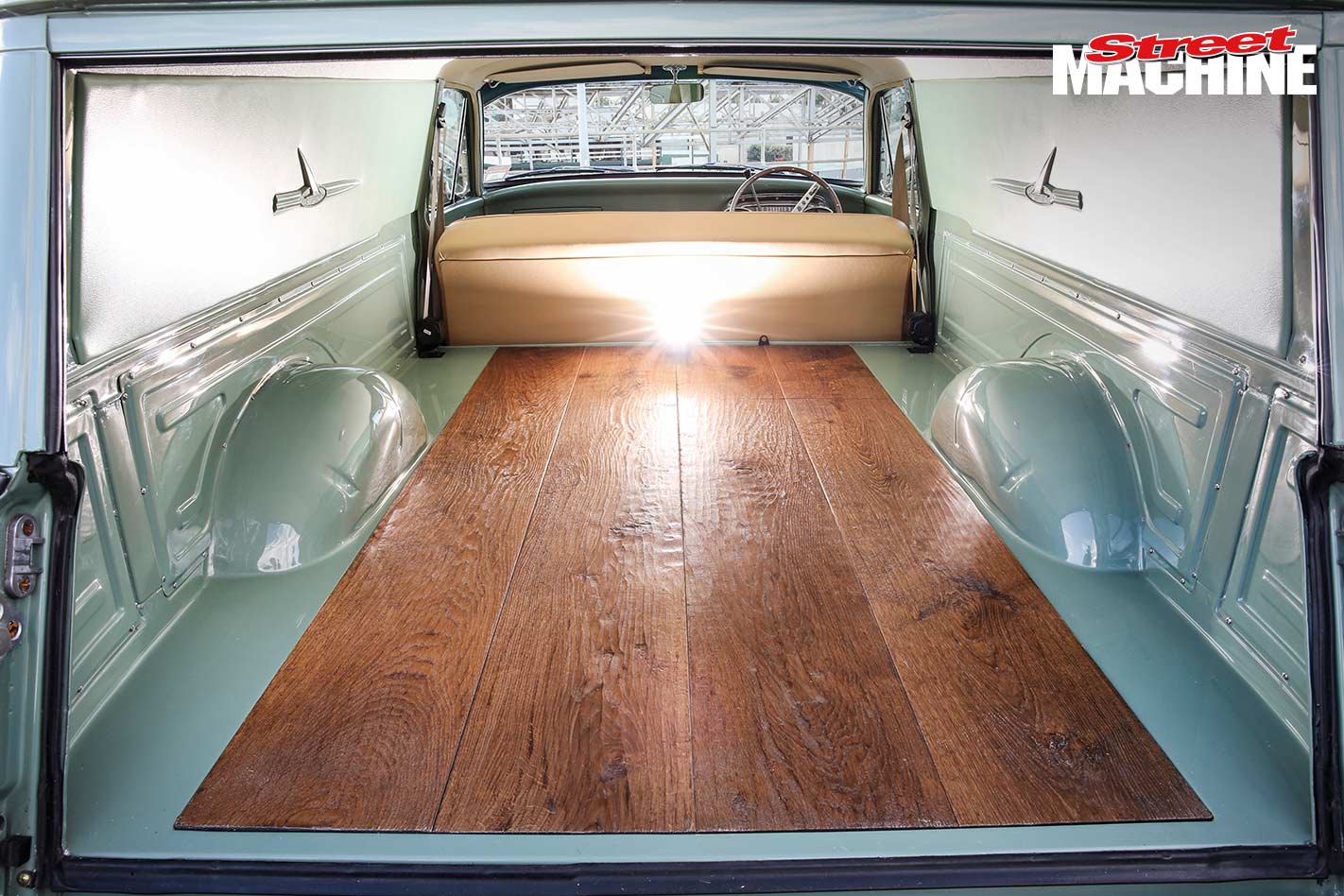