PUTTING out 400hp at the rear wheels on 98-octane pump fuel, Ryan Featherstone’s LX Torana has run a best quarter-mile time of 11.1@126mph, all from a basically stock 308 red motor swallowing 10psi of boost via a Garrett GT3582R turbo. 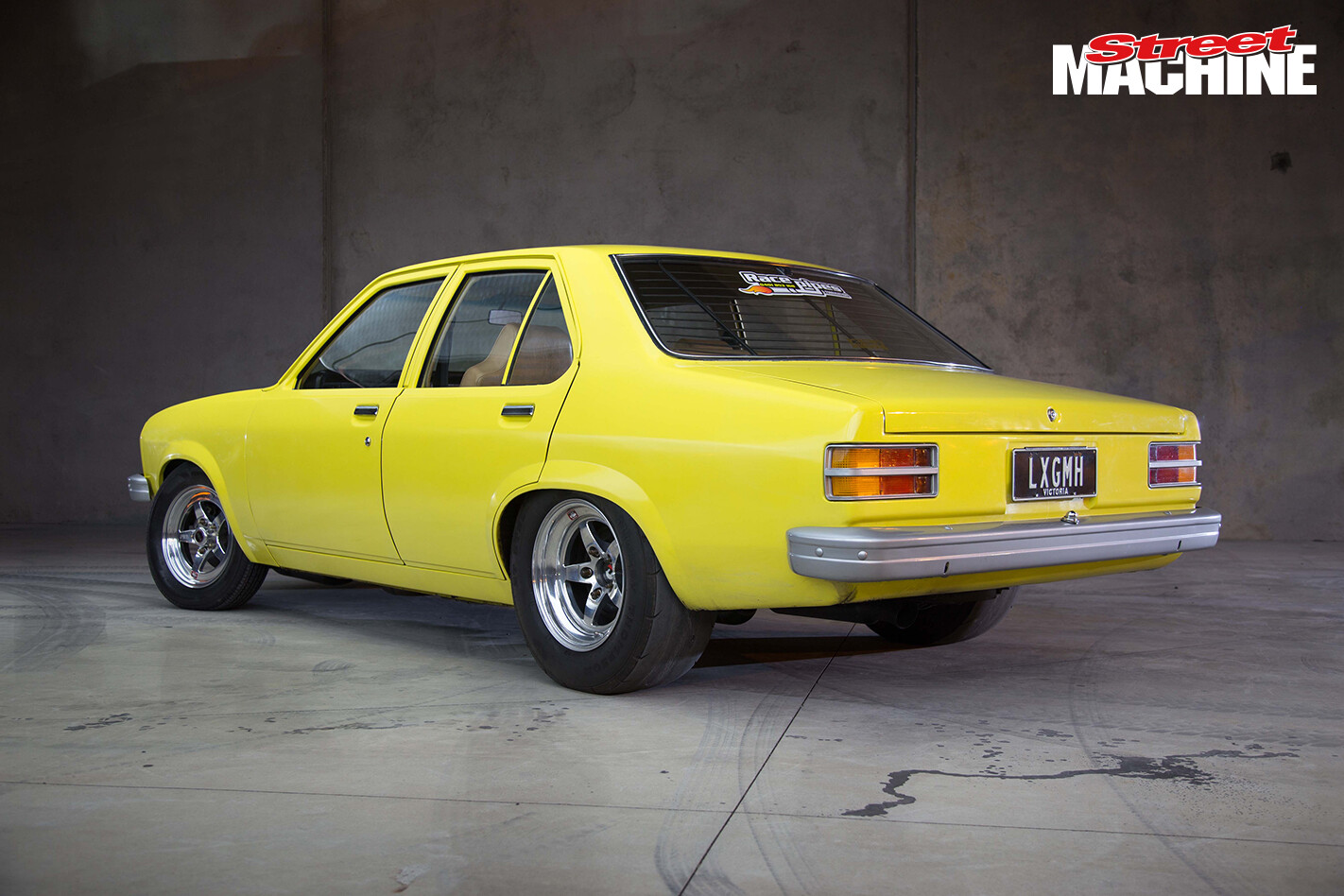 “It was my first car, bought out of the local paper for 100 bucks when I was 15,” 26-year-old Ryan says. “I painted it and had the interior re-trimmed before I even got my licence. It was my everyday driver with a six-cylinder red motor when I got my Ps; the 308 only went in three years ago. 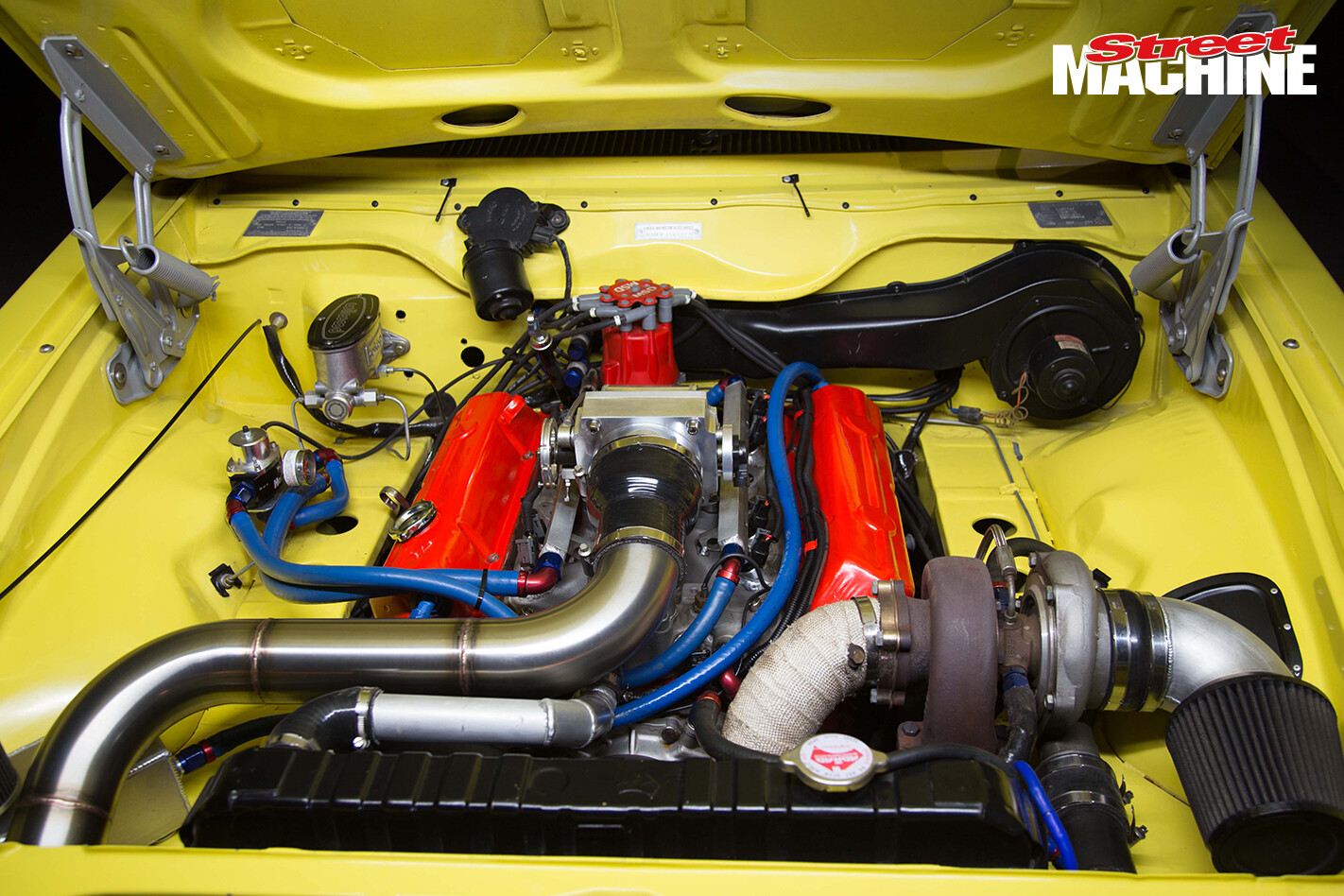 “I chose a 308 so I didn’t need an engineer’s report to get my rego papers swapped over to V8. I thought about putting a small-block Chev in it, but it would have taken longer and was going to cost a heap more by the time I got the engineer’s report done, and if I pull the turbo set-up off and put a Quadrajet and factory air cleaner on it the car is basically a stocker.” Ryan’s the owner of Race Pipes in Ballarat, and therefore did the pipework and fabrication in-house. “I made all the plumbing for the intercooler and intake, the pipes, catch cans, fuel tank thermostat housing, overflow, shifter surround, fuel cell. I even shortened the nine-inch at work. Anything I can, I build myself.” 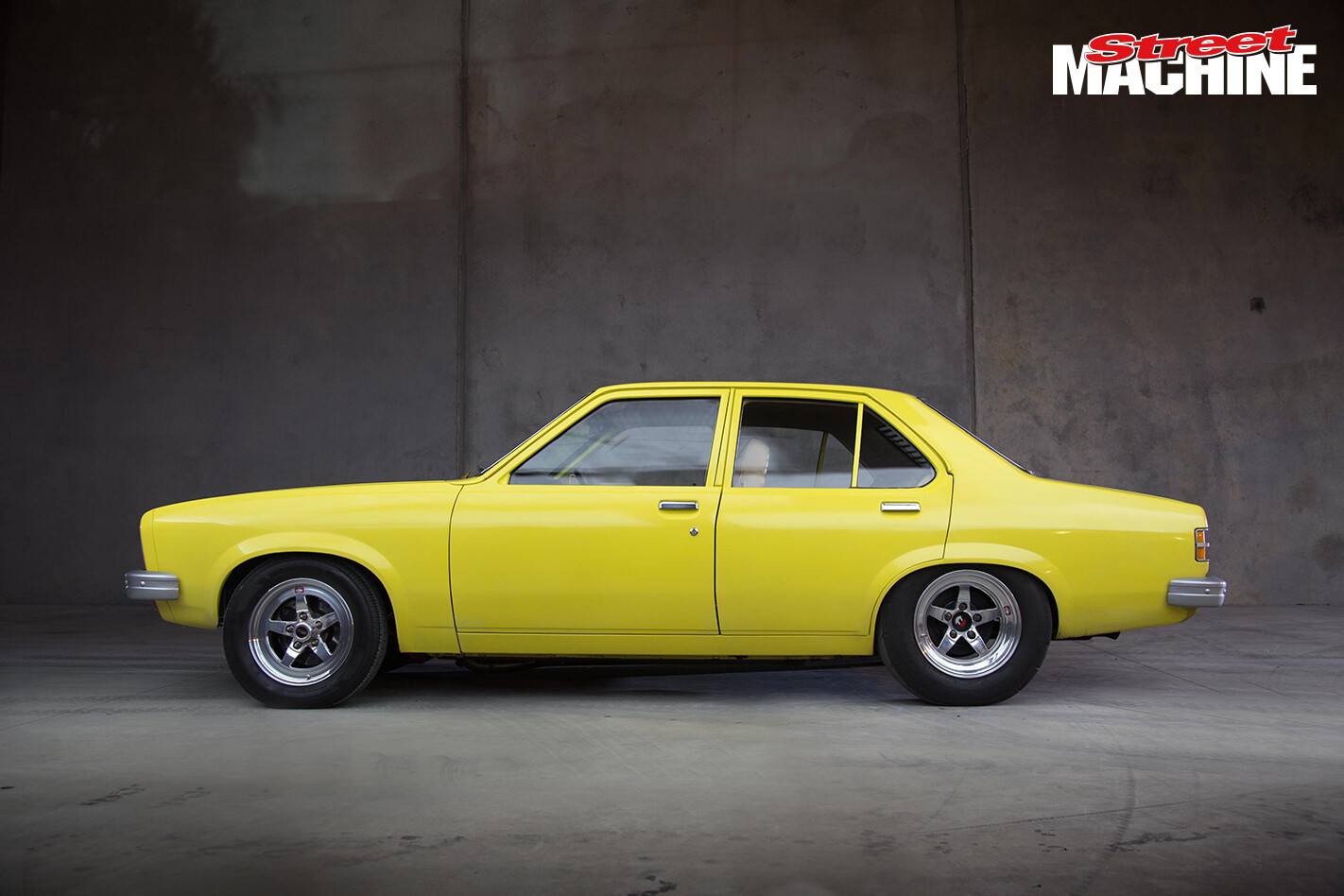 The engine is no monster, just a factory red-motor 308 crank with a stud girdle on the main caps and early cast-iron (HQ) heads. “The 308 Shop built the short motor and I did the rest,” Ryan says. “It’s got A9L rods, hypereutectic pistons with 8.5:1 compression, hydraulic cam, Yella Terra roller rockers and Manley pushrods. The oil system’s stock bar the JP oil pump; even the sump and rocker covers are stock. The heads are untouched, no porting; they even still have the original valves, valve stem seals and guides in them.” 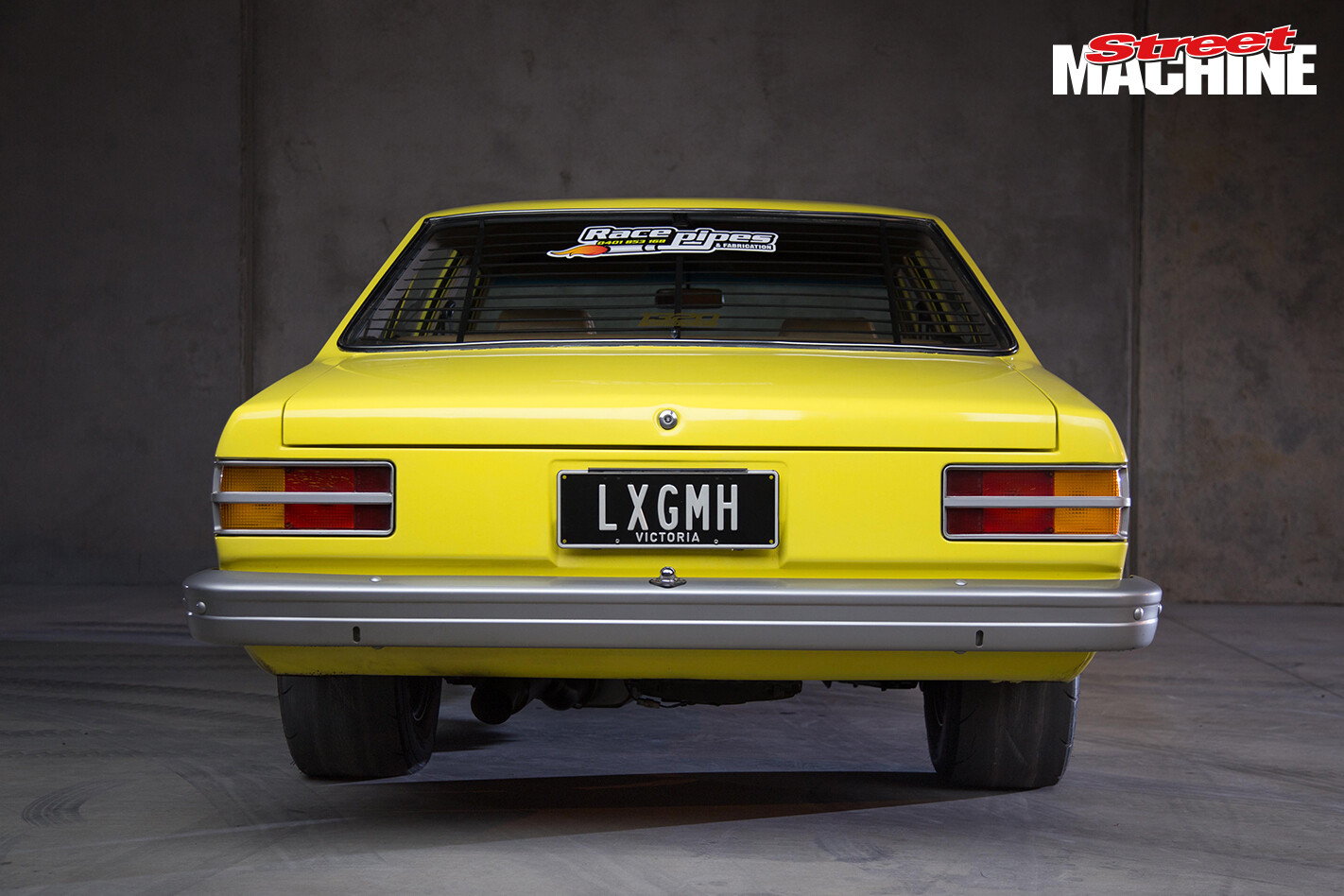 Backing the 308 is a Trimatic built by Paul Rogers. The car isn’t tubbed and the diff swings off the factory mounts with adjustable control arms. Moser 31-spline axles turn the 3.25:1 gears. Bringing it all to a halt is a Wilwood master cylinder, HZ PBR alloy calipers and P76 discs (redrilled to HQ pattern) up front, and stock HQ drum brakes on the rear. 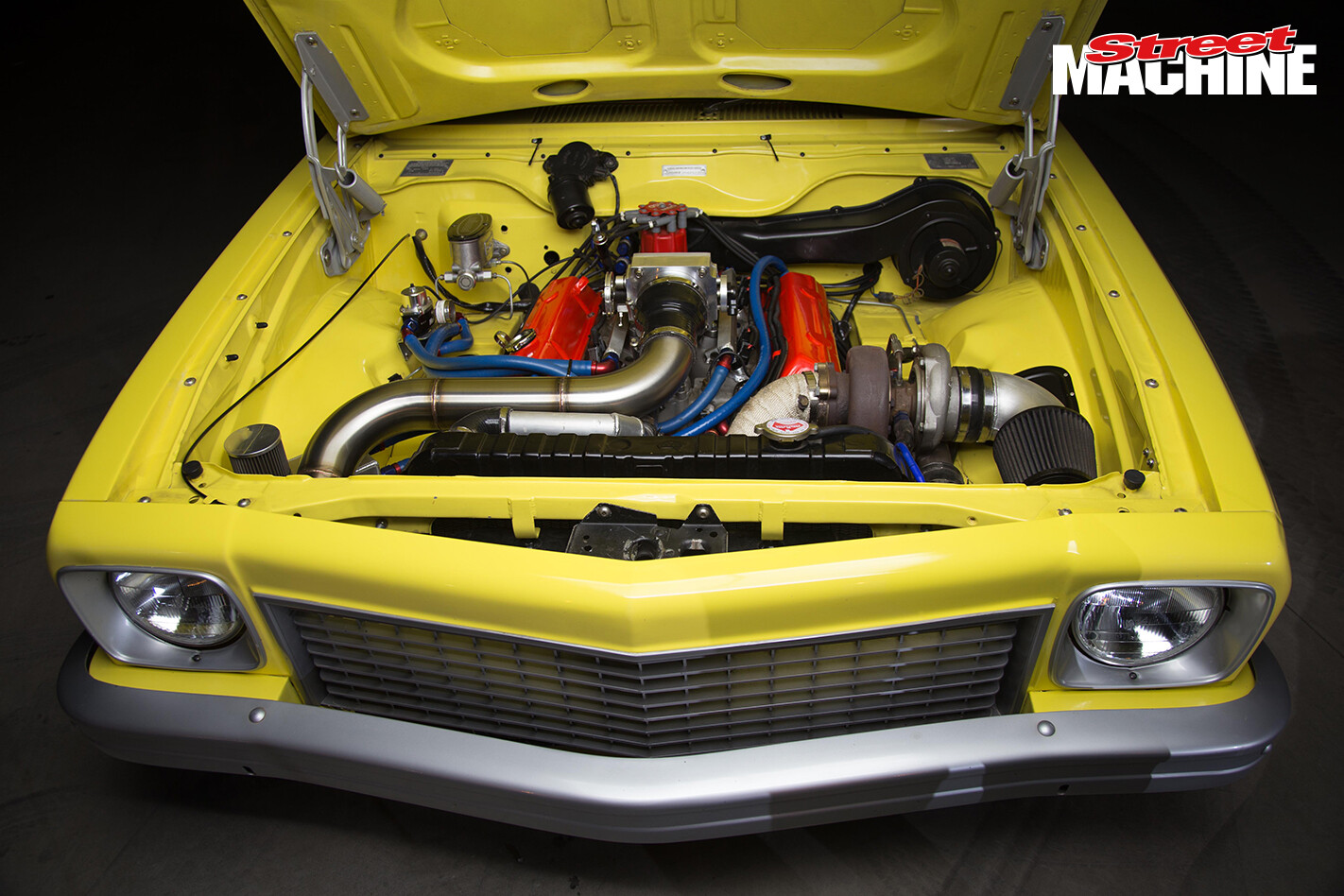 While the 308 is basically an 80s old-school combo, the induction system is the opposite. The car was initially running a blow-through carby turbo set-up, but this was soon changed over to EFI. “The blow-through set-up worked fine but was a pain in the arse when it came to maintenance and it used heaps of fuel if you went for a cruise,” Ryan says. “We picked up 70hp with the swap to EFI too.” 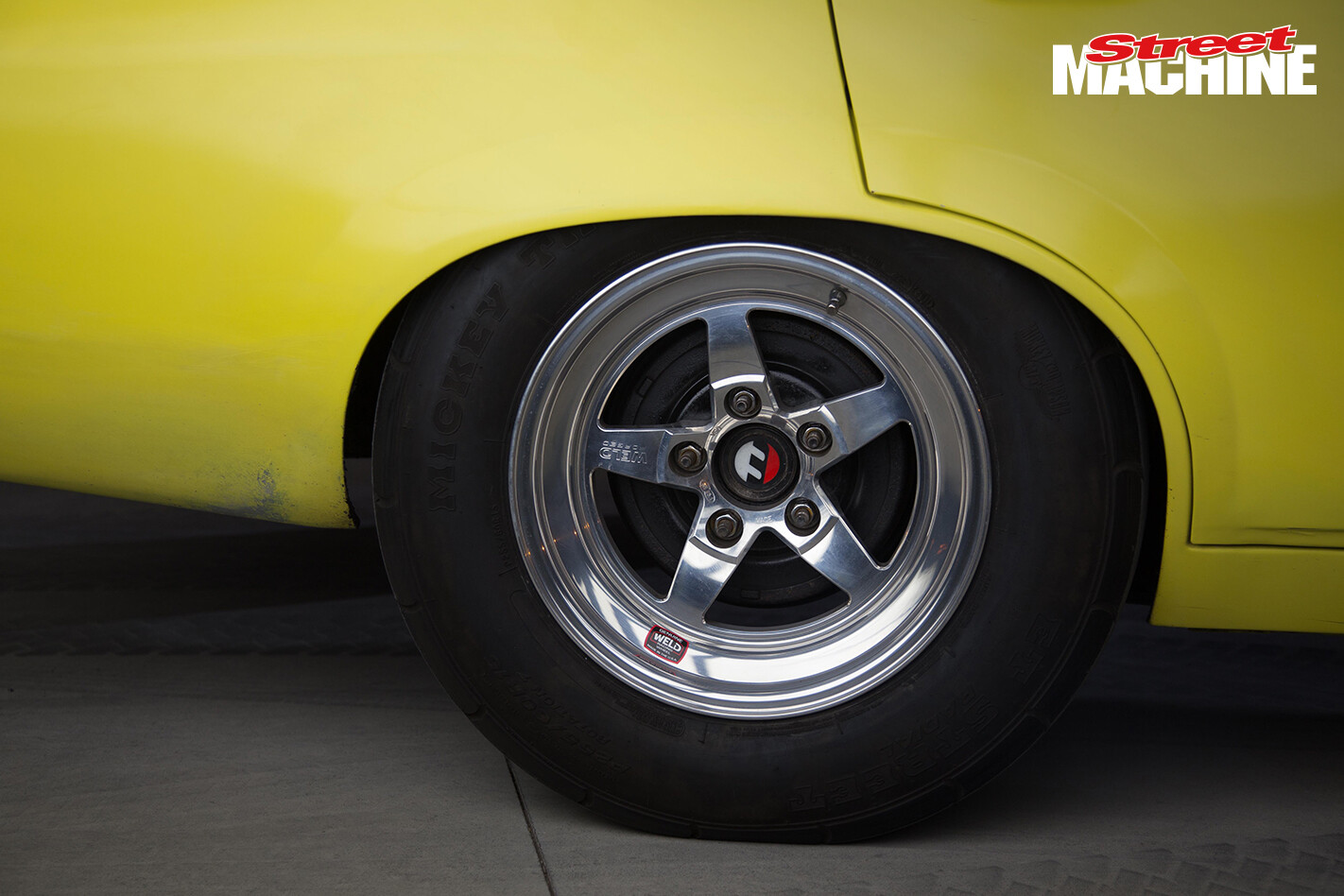 It wasn’t difficult to make the switch; injector bosses and fuel rails were added to the Edelbrock manifold, and an “el-cheapo Chinese single-blade throttlebody off eBay” was plumbed in, with a Microtech computer running the show. On the dyno at Dalton Automotive in Geelong, the Torry made 496rwhp at 16psi. “It was pushing it a bit and I was worried about the gearbox holding up, so we backed the boost off to 10psi [giving 400rwhp],” Ryan says. “It’s not even cranky; it’s a nice car to drive on the street, doesn’t get hot or anything. I could jump in it now and drive through Melbourne without a drama.”