AFTER years tinkering with rotaries, David Cox decided to turn his back on the Wankel-powered hand grenades in favour of some classic Chev-powered Aussie metal. With the backing of some very good mates and an awesome family, David has hit the streets again in an angry LC Torana packing 383 cubic inches of Detroit V8. All it took was money, time, tenacity and a plan – although many of those were in short supply at various times during the build.

At first David began building an HQ tonner, “but we already had a child, Alexa, and were planning another”, and there’s only so much space in a cab-chassis. So six months in, he cut his losses and sold up. 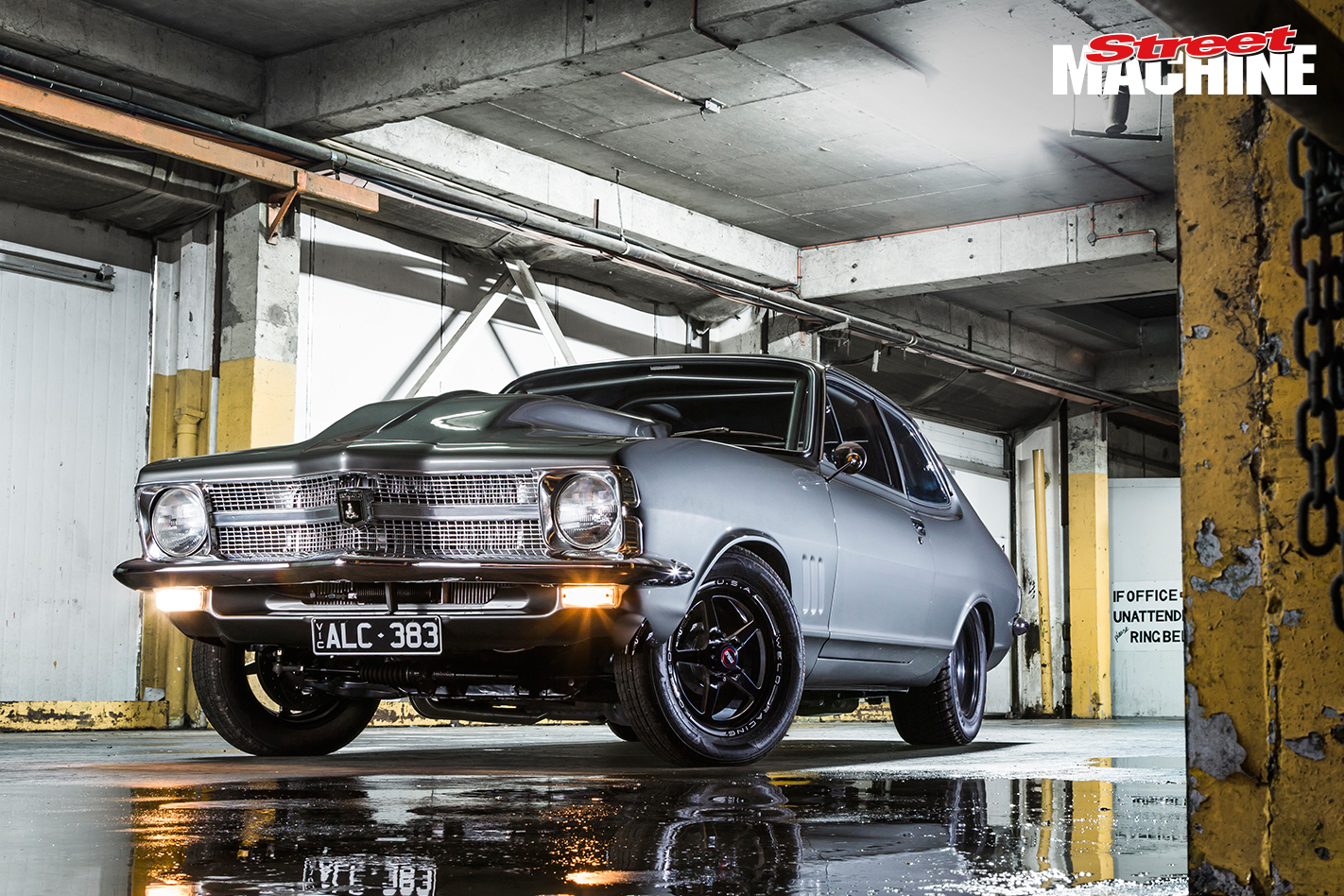 When Dave got the car it was white and already a very nice streeter, but once the engine was out the ideas just kept coming!

Always partial to an LC Torana, Dave investigated several until he found a two-door with a 383ci Chev that was already engineered and legal. “I cruised around on permits for a bit and got it roadworthied, but the more I wanted to hot her up, the more we realised the engine was an unknown quantity.” With that in mind, David sold the 383, electing to start from scratch.

The Torana, resplendent in white and sitting tough on a set of Convo Pros, was certainly a tidy enough street car, albeit far from perfect. So what prompted a thorough and detailed rebuild? “You know how it is – ‘oh, while the motor’s out, let’s do this, let’s do that’. Diff, tailshaft, interior, you name it,” David says. The classic snowball effect. 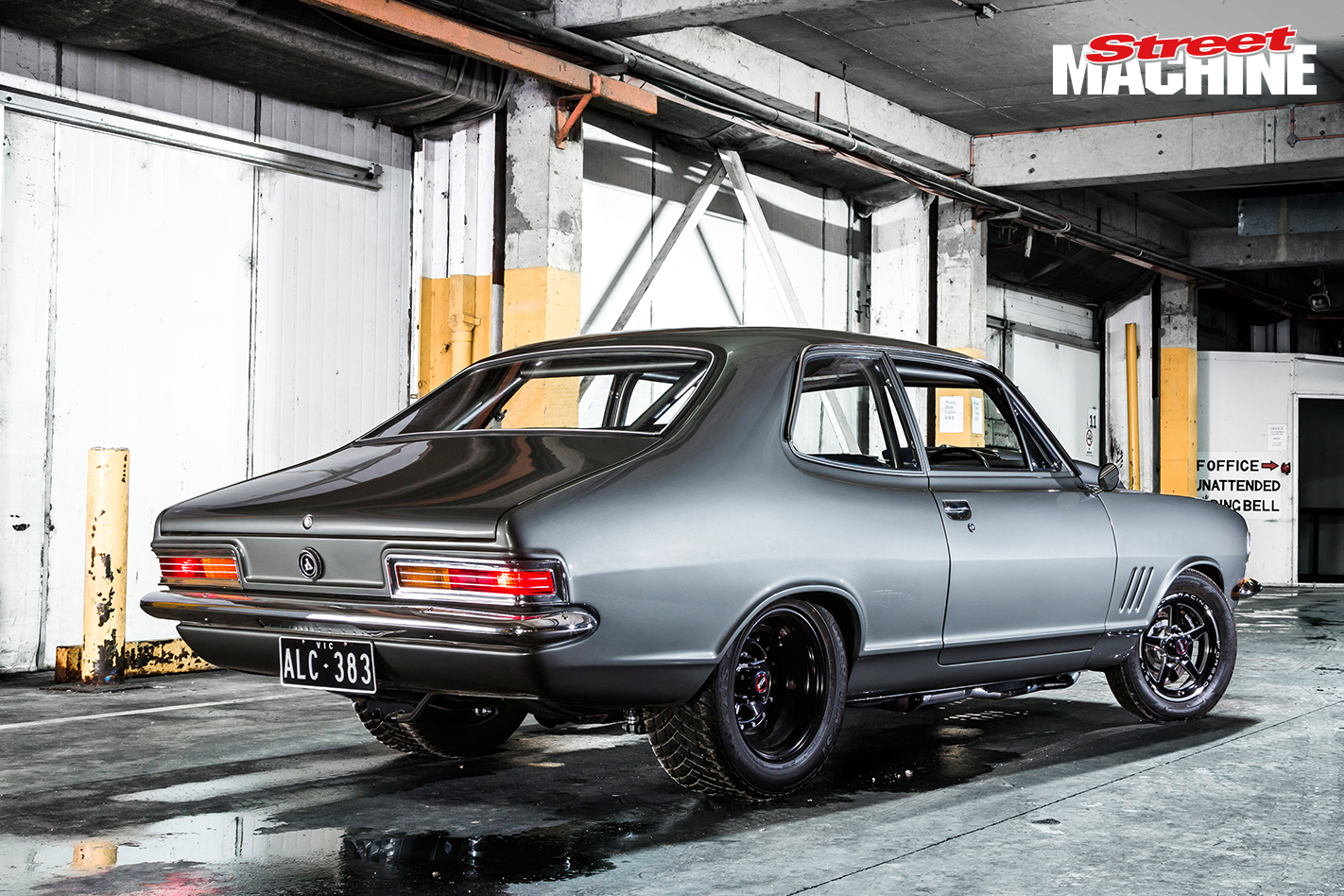 The grey and black theme started when David started ordering black engine parts, once the wheels came it was set

James Melmoth at Melway Competition Engines was tasked with building a stout 383 stroker using a stock 010 Chev block. “I told James that this car is gonna be driven; if there’s fuel in it, I’m in it, so I’m willing to sacrifice horsepower for reliability.” Given David’s history with rotors, we can appreciate his agenda!

Inserting bulk cubes into a small Torana is nothing new, but David was floored that he was unable to find off-the-shelf headers that suited the conversion. So Andy Saunders at Specialised Power Porting bent up a set that blurred the line between engineering and art, clearing the chassis, engine and the mystery rack-and-pinion set-up that came with the car. “The extractors weren’t cheap, but you get what you pay for,” David says of Andy’s work. 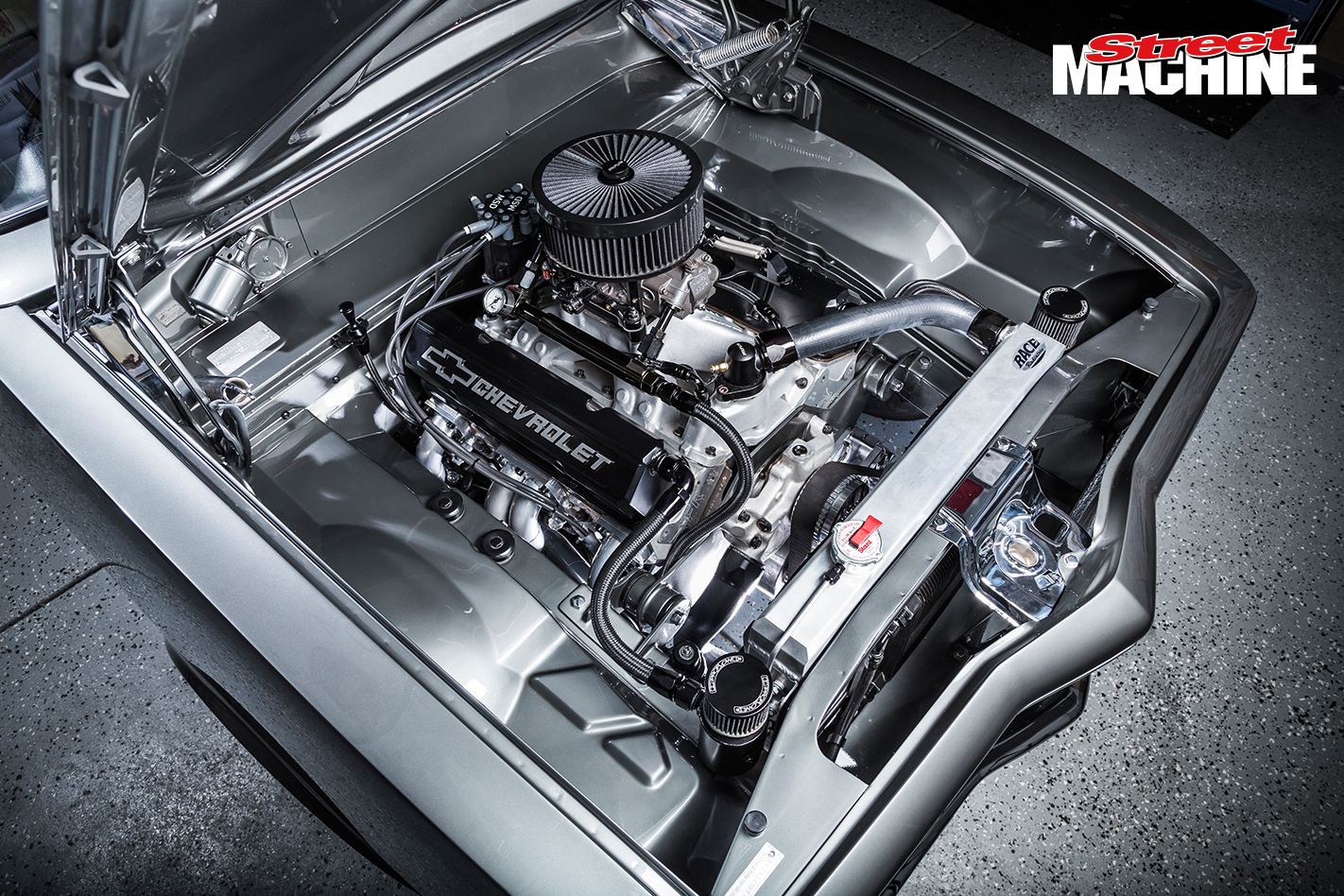 When David got the car it already had a 383 in it, but he insisted on pulling it out and building up a brand new 383-cube Chev V8

David had the body done in three stages. All-round handy guy Lucas Ellingham of Ballarat’s Stroke Me Racing took care of the ’cage, rear tubs and the replacement of the front clip. Once together, Fast Lane Speed Shop was employed to get the bodywork die-straight. Sebastopol Smash Repairs then handled the paint, applying layer after layer of Glasurit custom Galaxy Grey.

Of the car’s black-and-grey theme, David explains: “When I decided the car was going to be grey, I started putting black fittings on the engine; then my rocker covers arrived in black. When I did the back rims black, it was set in stone!” 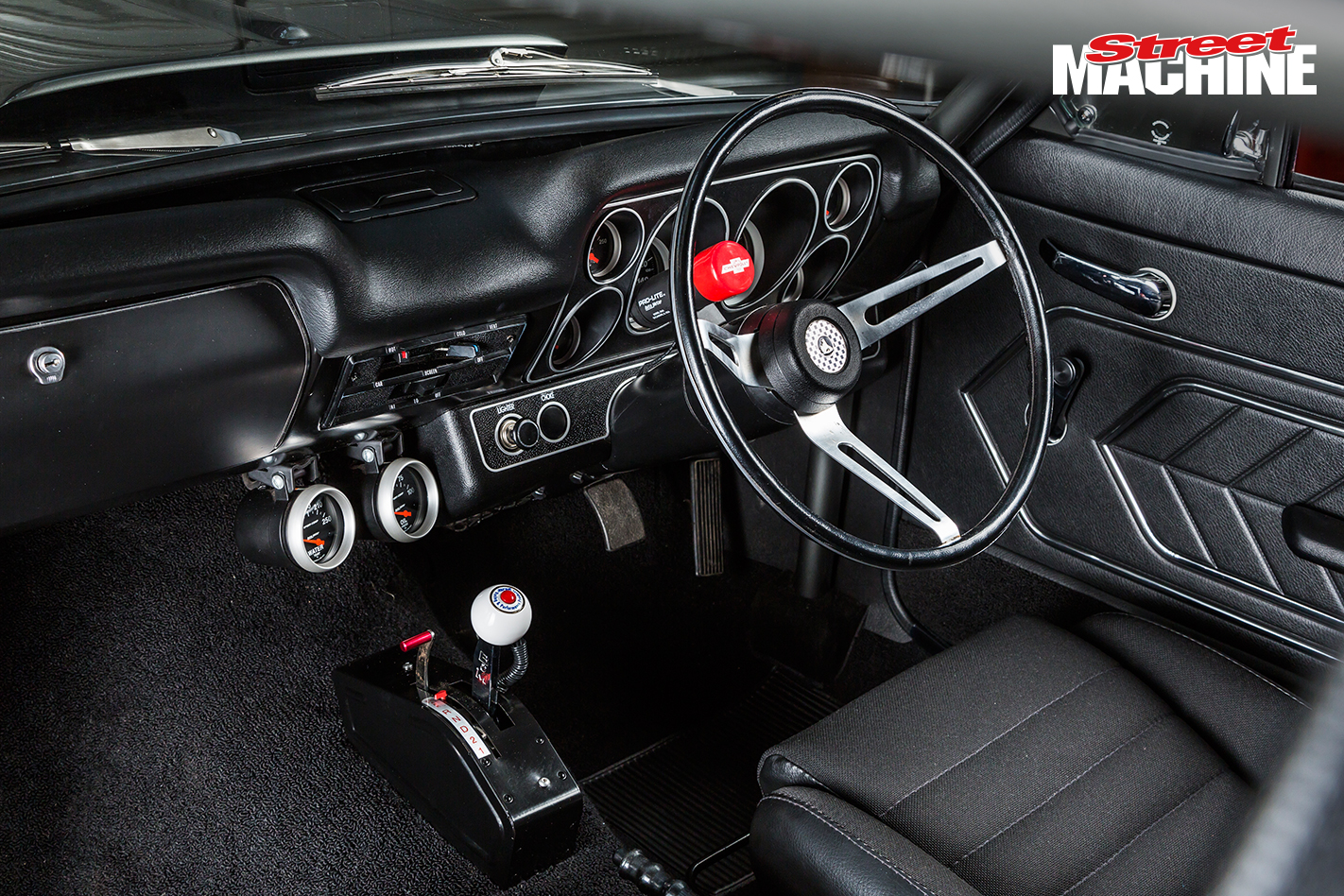 David was keen to keep the Torana looking mostly stock inside, apart from the Recaro seats and Auto Meter gauges

“But mainly it came from the interior; I always wanted black, original-style trim. White leather and sheet-metal dashboards are flash, but when I look in a Torana, it’s gotta look like a Torana!”

With that in mind, David and cousin Jamie scoured the early-morning swap meets, eventually sourcing a genuine GTR steering wheel for $150. “It was too much at the time I bought it, but now it’s a steal!” David says.

They also found a genuine GTR dashboard, into which David installed the full spectrum of Auto Meter gear. 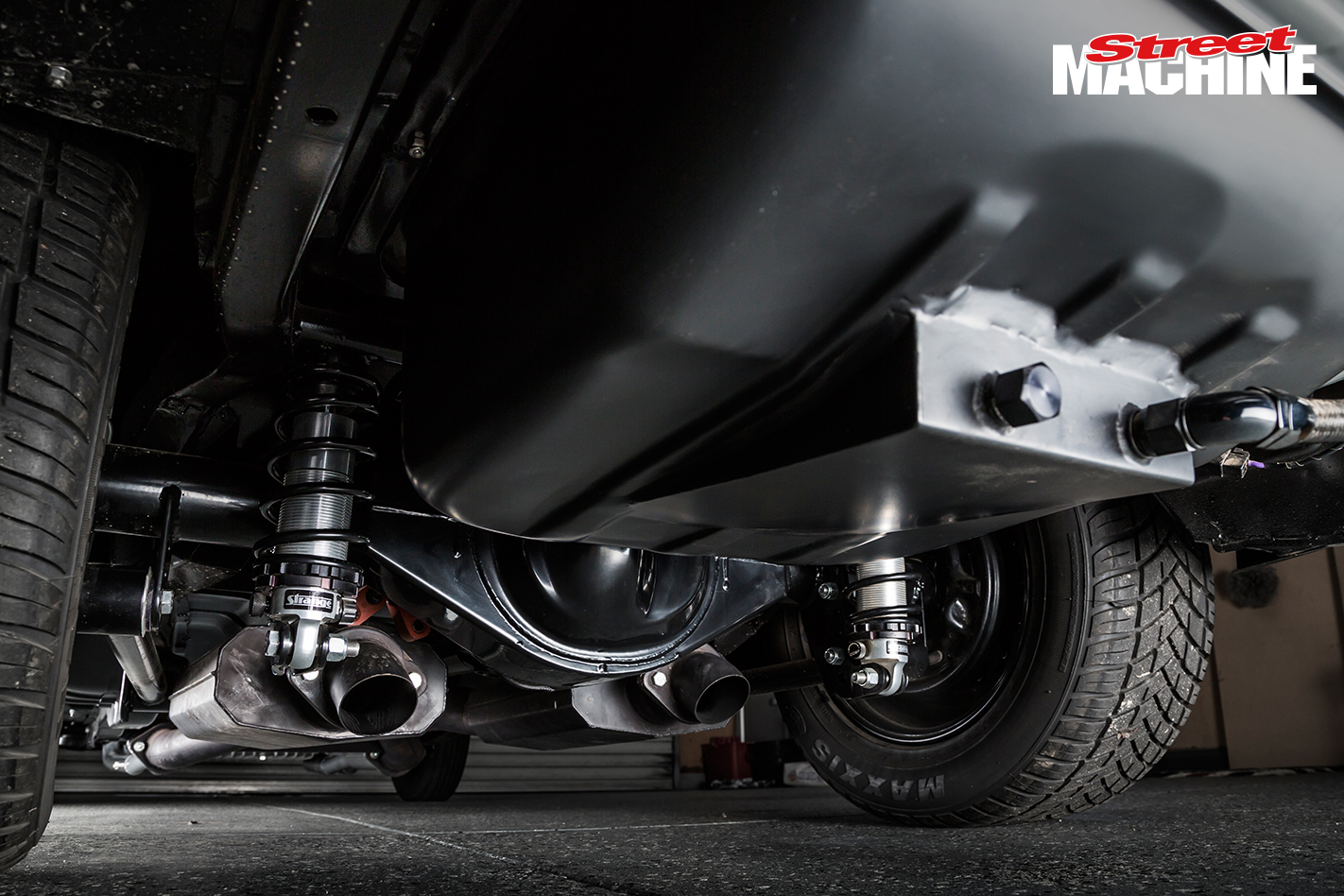 Underneath the LC has Strange coilovers at the rear, a Moser nine-inch diff and 31-spline axles

“I wanted to keep the Torana seats,” David says, “but they sat me up too high.” He eventually settled on a pair of Recaro buckets, backed up by a standard rear pew, modified to fit the tubs.

“There were so many times I wanted to give up on the car – things not going right, patience running out,” David remembers. “The further we got into it, the further I lost my cool with various aspects and the more my wife Casey would tell me to keep pushing.”

Casey didn’t just provide David with a supportive, calming voice, she was also pretty helpful on the tools, doing the fiddly bits David lost patience over. “She’s happy to sand for an hour or two; I want everything sanded and painted in five minutes!” he laughs. 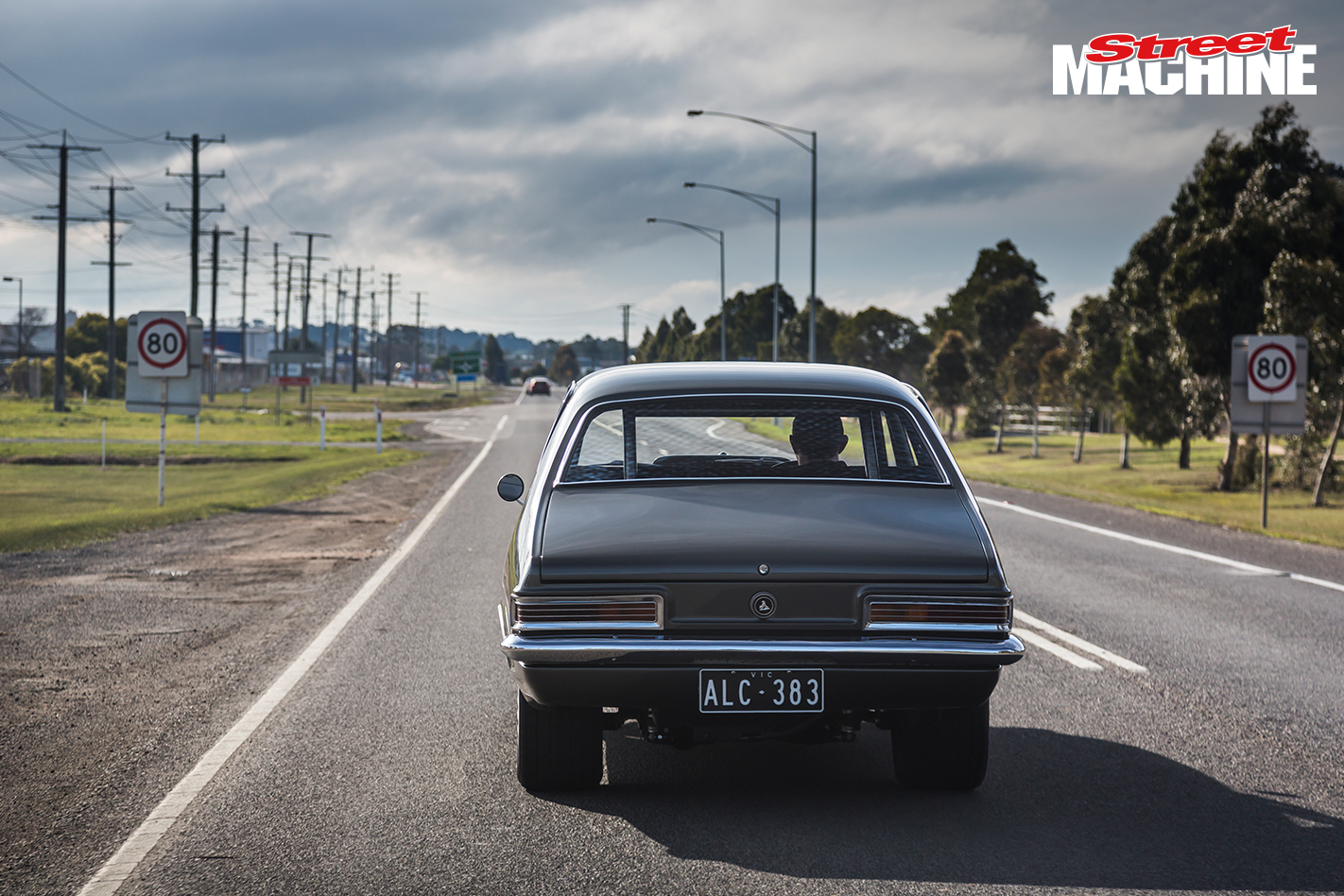 The transmission is a fully manualised TH350 with 4500rpm stall

Undertaking a project like this certainly taught David a few things. “The most important thing is to have a vision as to what you want the car to look like; I had to do a lot of this car twice!” he says. “You don’t build a house without plans; next time I’m gonna have plans!”

And what will that project be? “Dunno yet, mate; I just want to enjoy this one with my family for the time being. Whatever it is, it’ll need to have a towbar – I’ll be living in a caravan!” 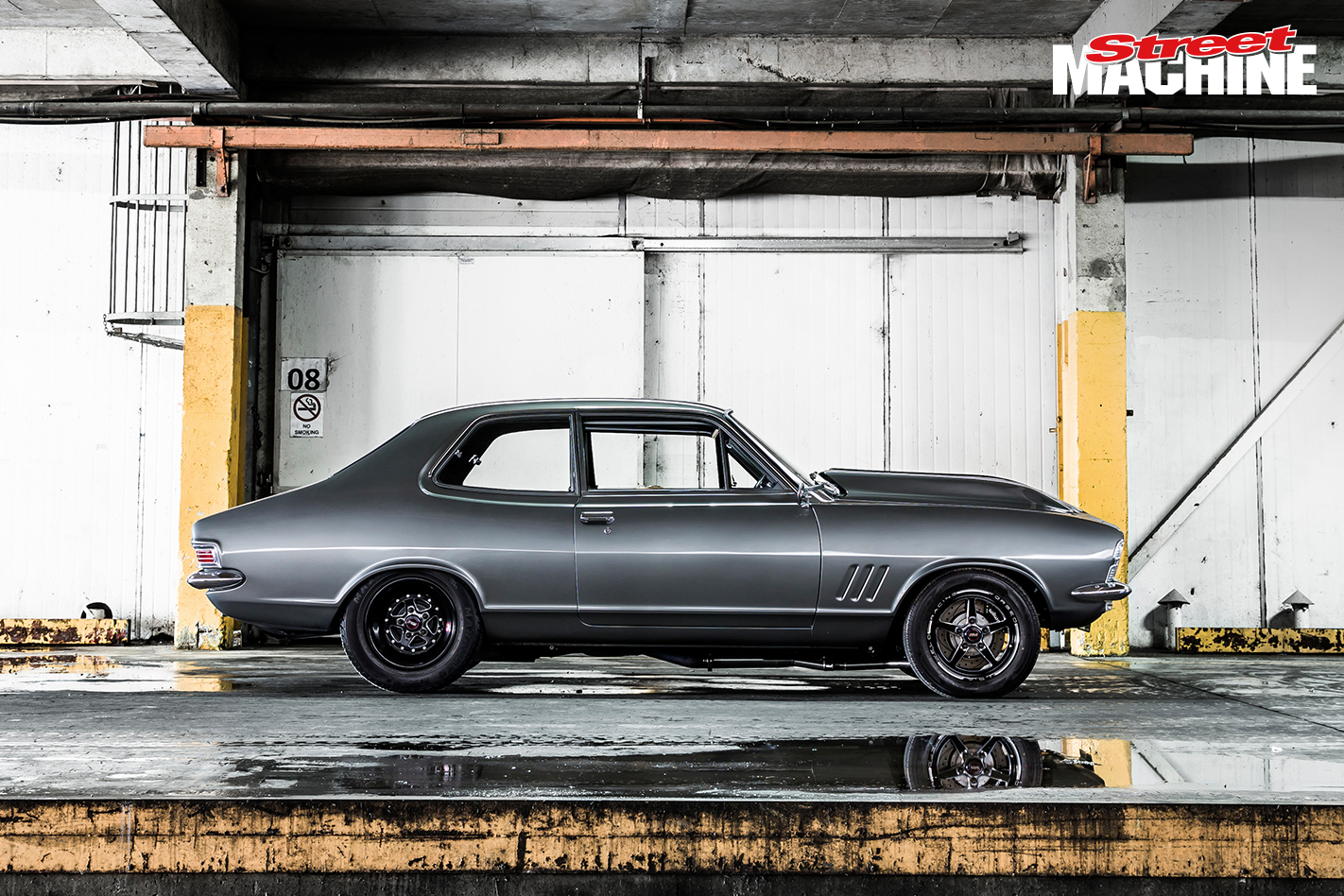 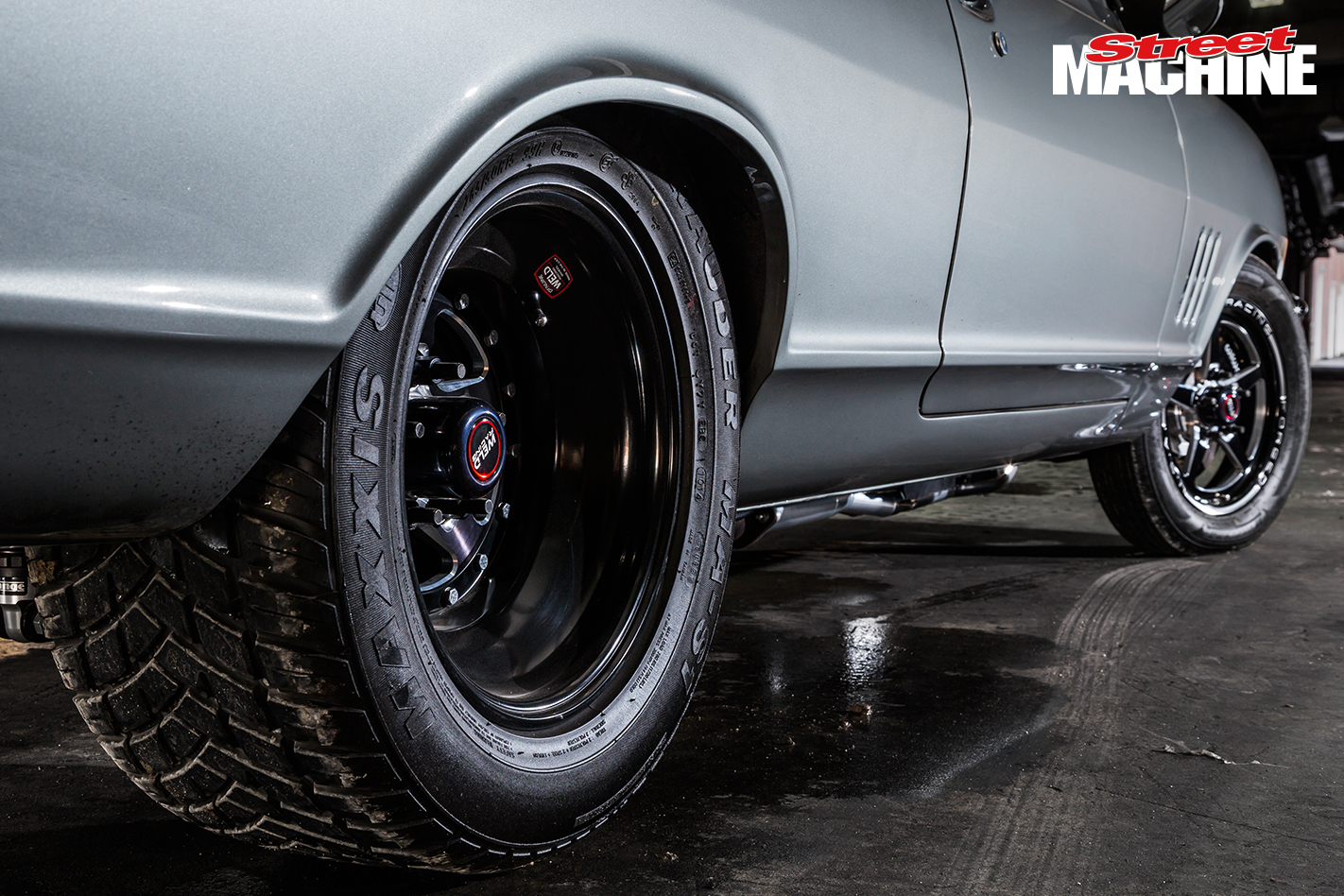 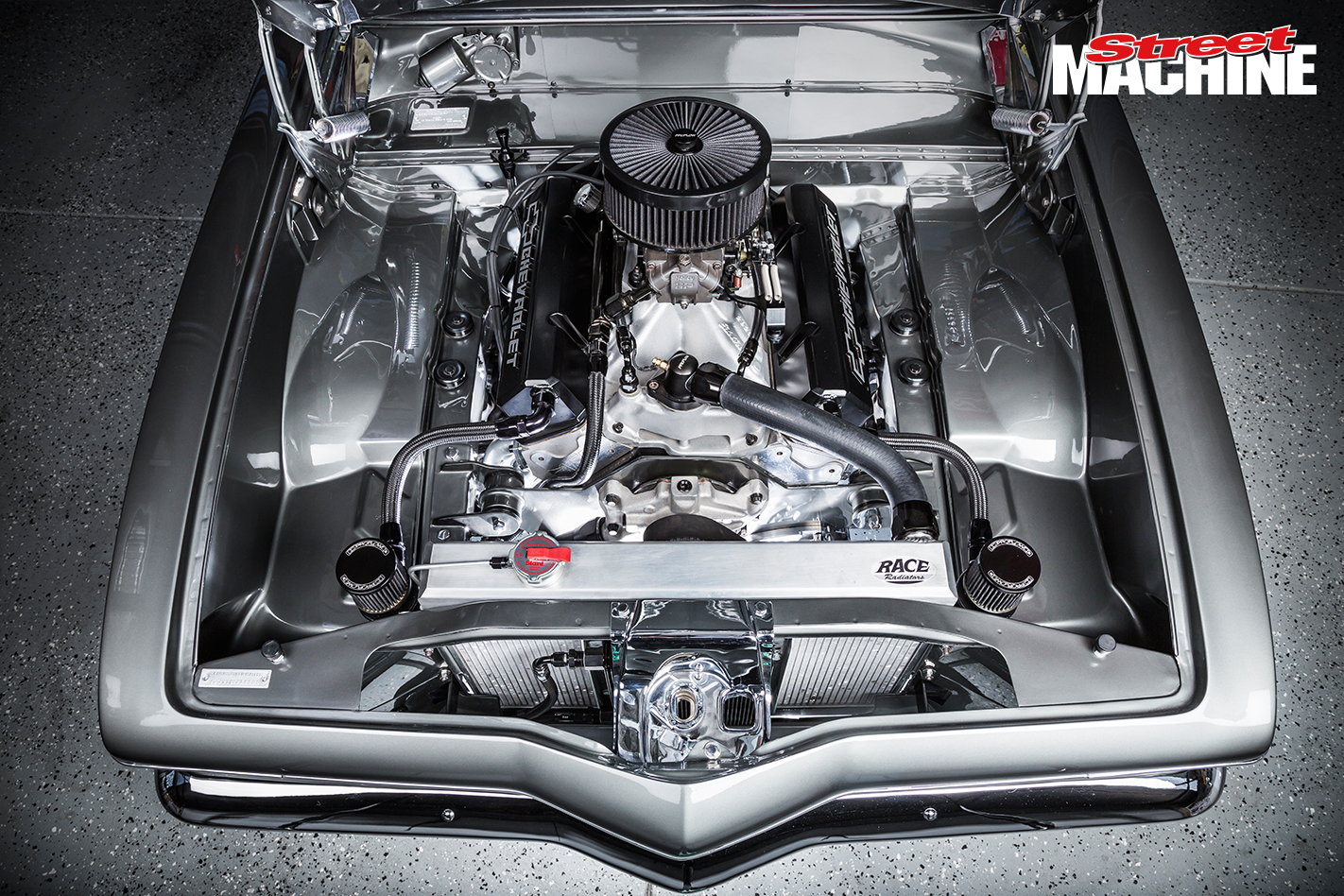 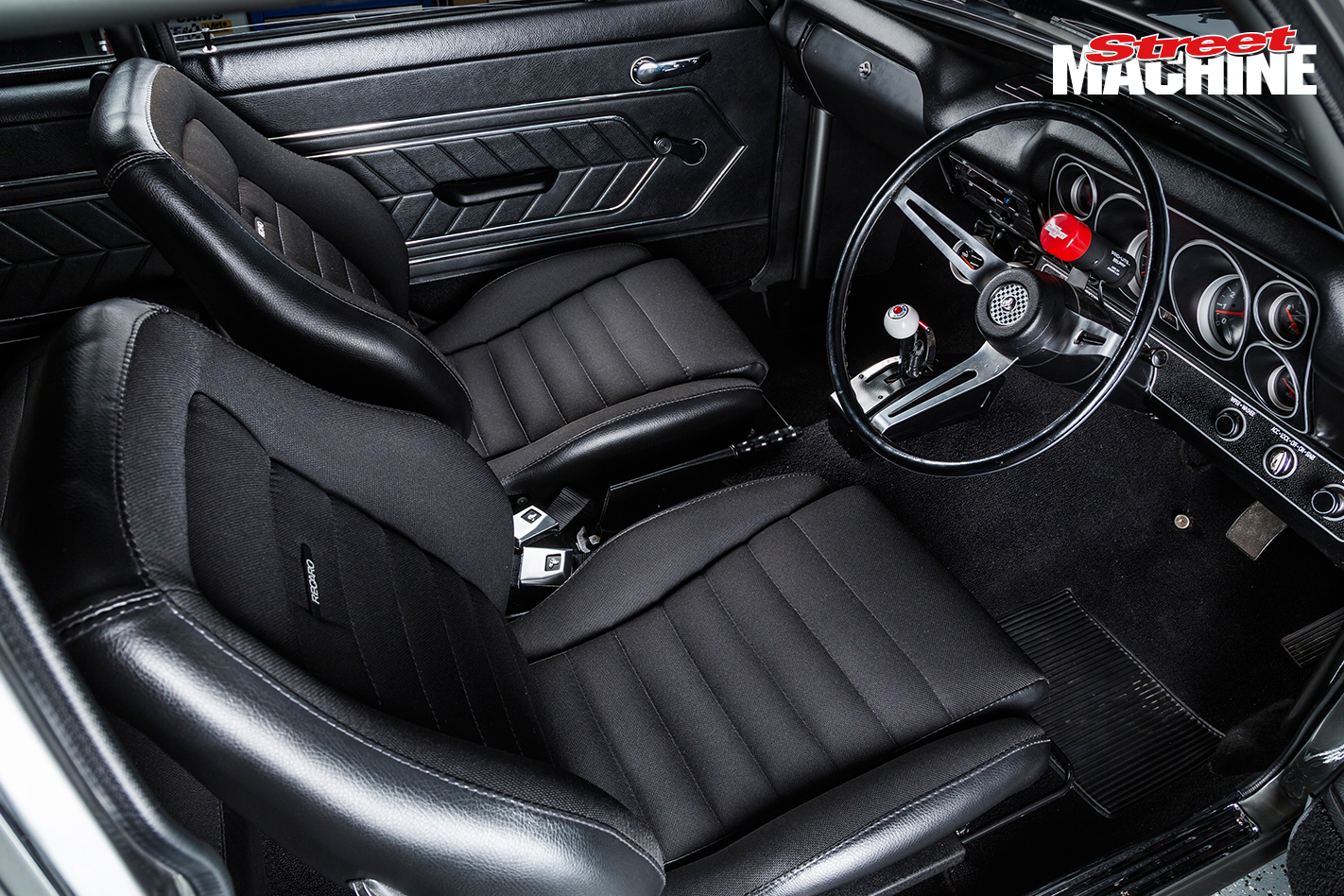 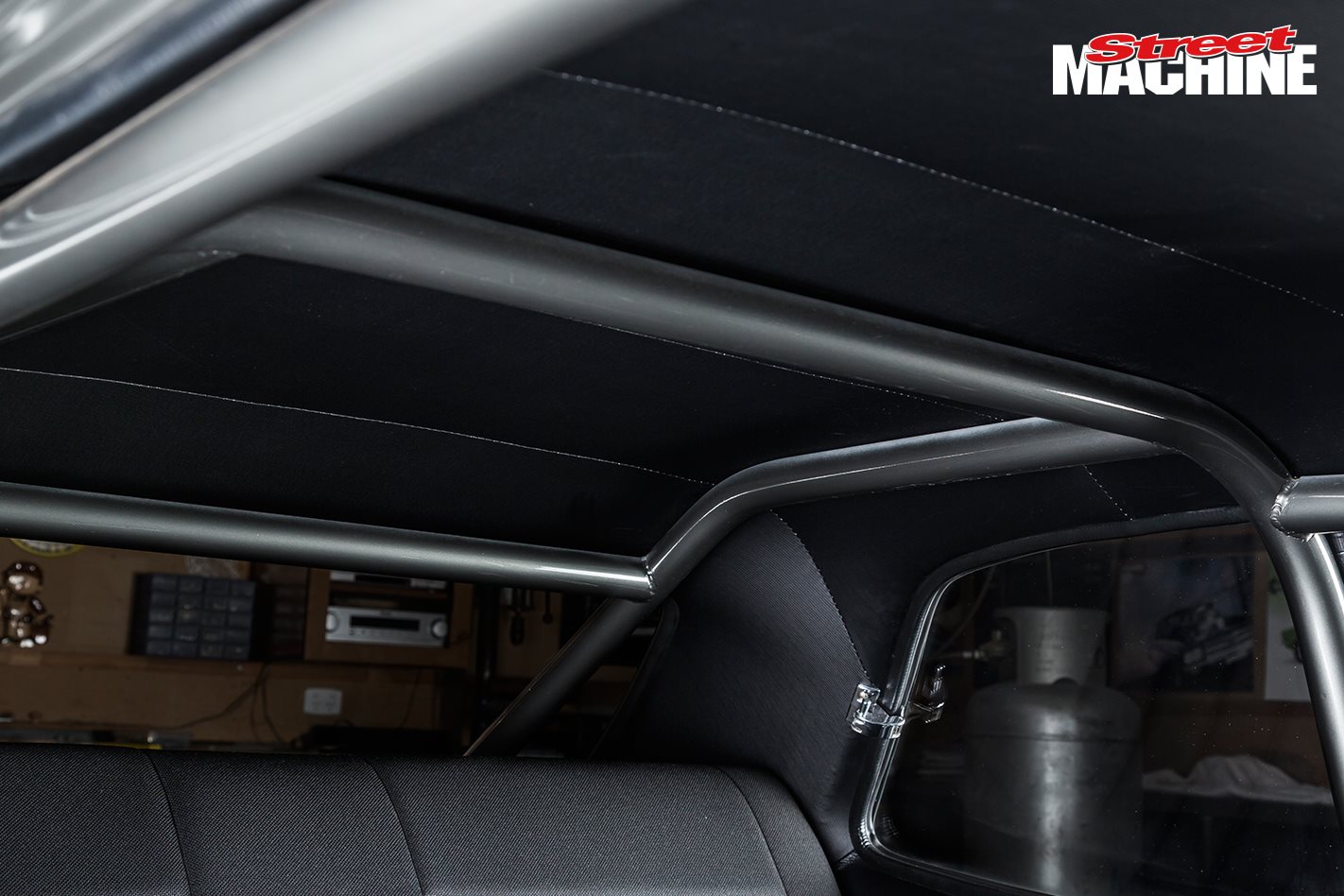 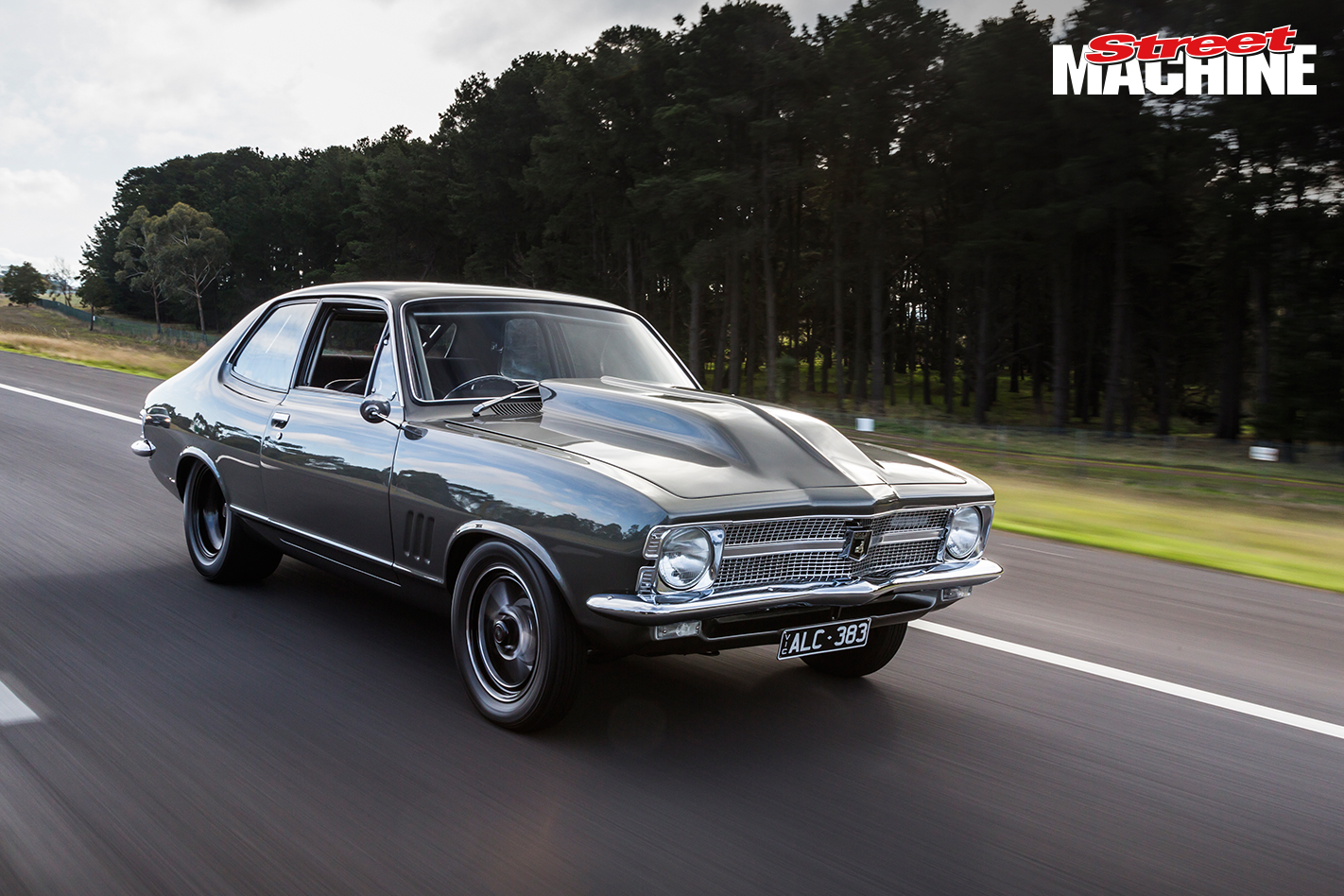 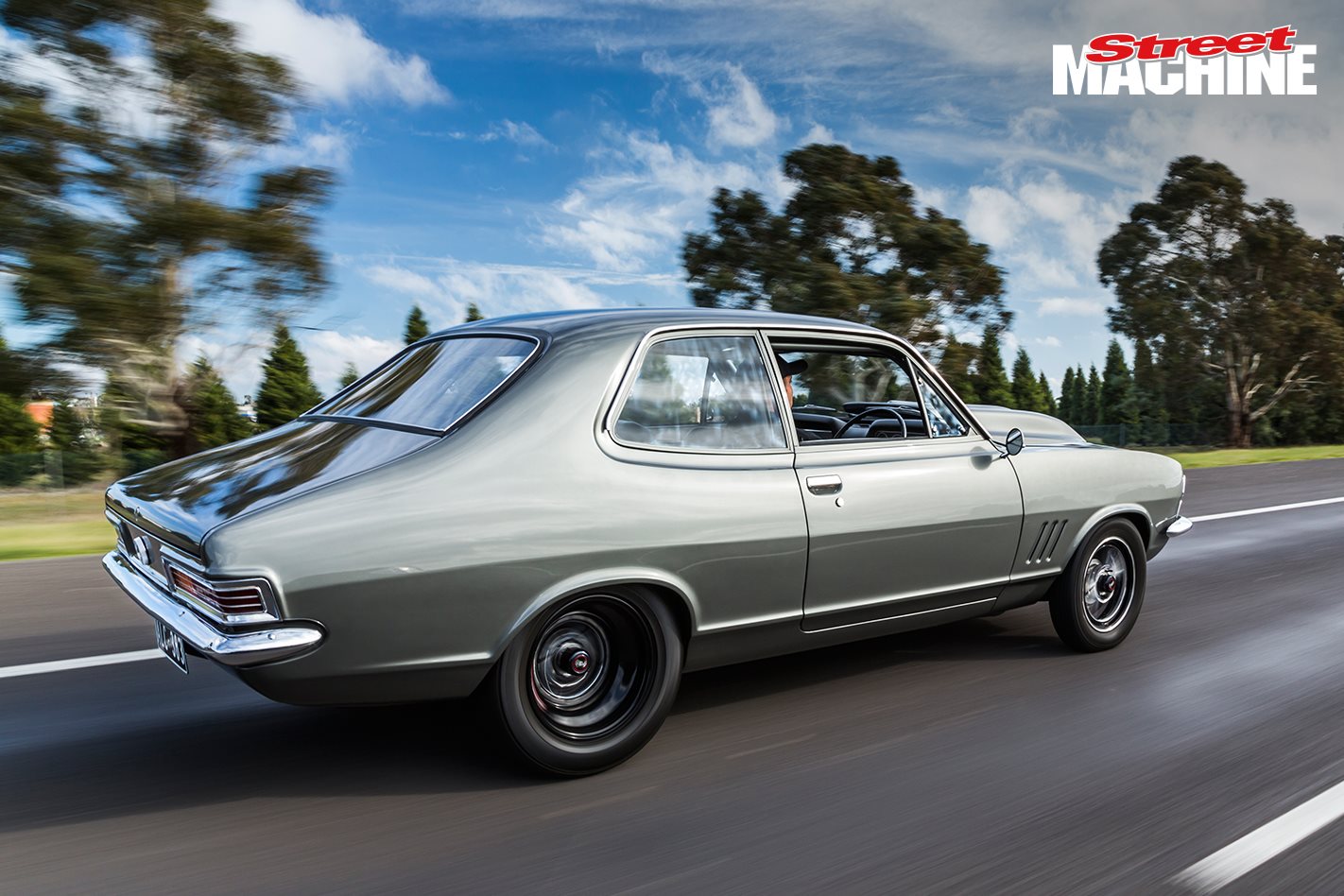