From first love to heartache and a loving reunion, Lennard Vidot and his HQ Monaro have been through it all.

AS FLOWERY as it sounds, sandgroper Lennard Vidot and his HQ Monaro were destined to be together. Their 10-year relationship includes a two-year hiatus while Lennard moved on to another project. But fate brought them back together. Or something like that. 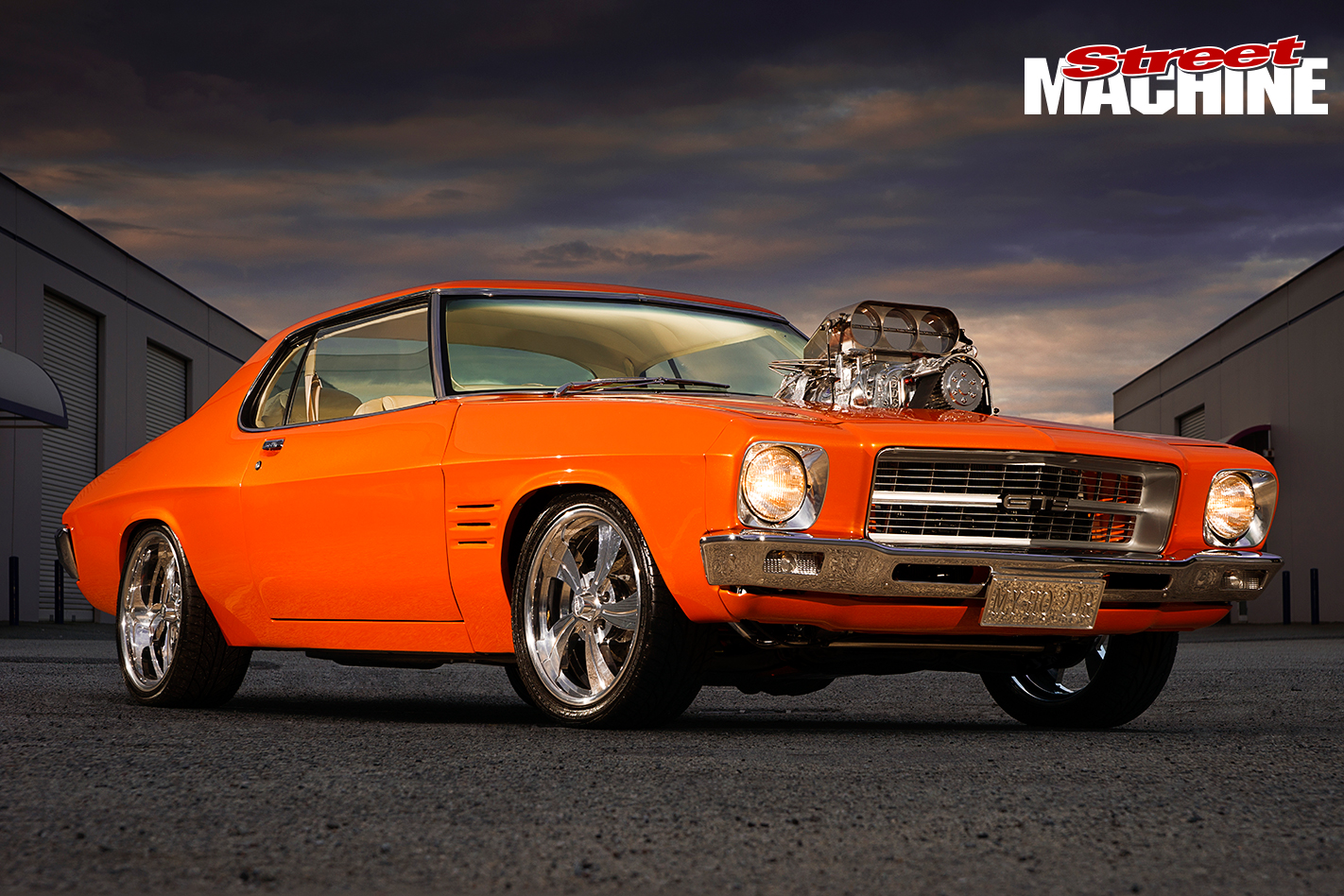 Lennard bought the Monaro when he was just 17 years old, which meant it bore the brunt of his mechanically insensitive P-plater days. As young blokes tend to do, he gave the poor old girl a hard time and eventually that sexy ‘Coke bottle’ rear was showing signs of abuse from the constant spank of delaminating tyres. Feeling a little guilty, he took the car off the road for a rebuild.

He checked it in at All Brite Paint & Panel, where Mark Cook and his team ironed out the rear quarters and the rest of the body. While they were at it, they deleted the rear-quarter indicators, passenger side door lock, heater box and firewall lip, and smoothed the water channels out of the inner guards. They also replaced the boot, bonnet and nosecone with new panels, before layering on the retina-searing Spicy Orange duco. 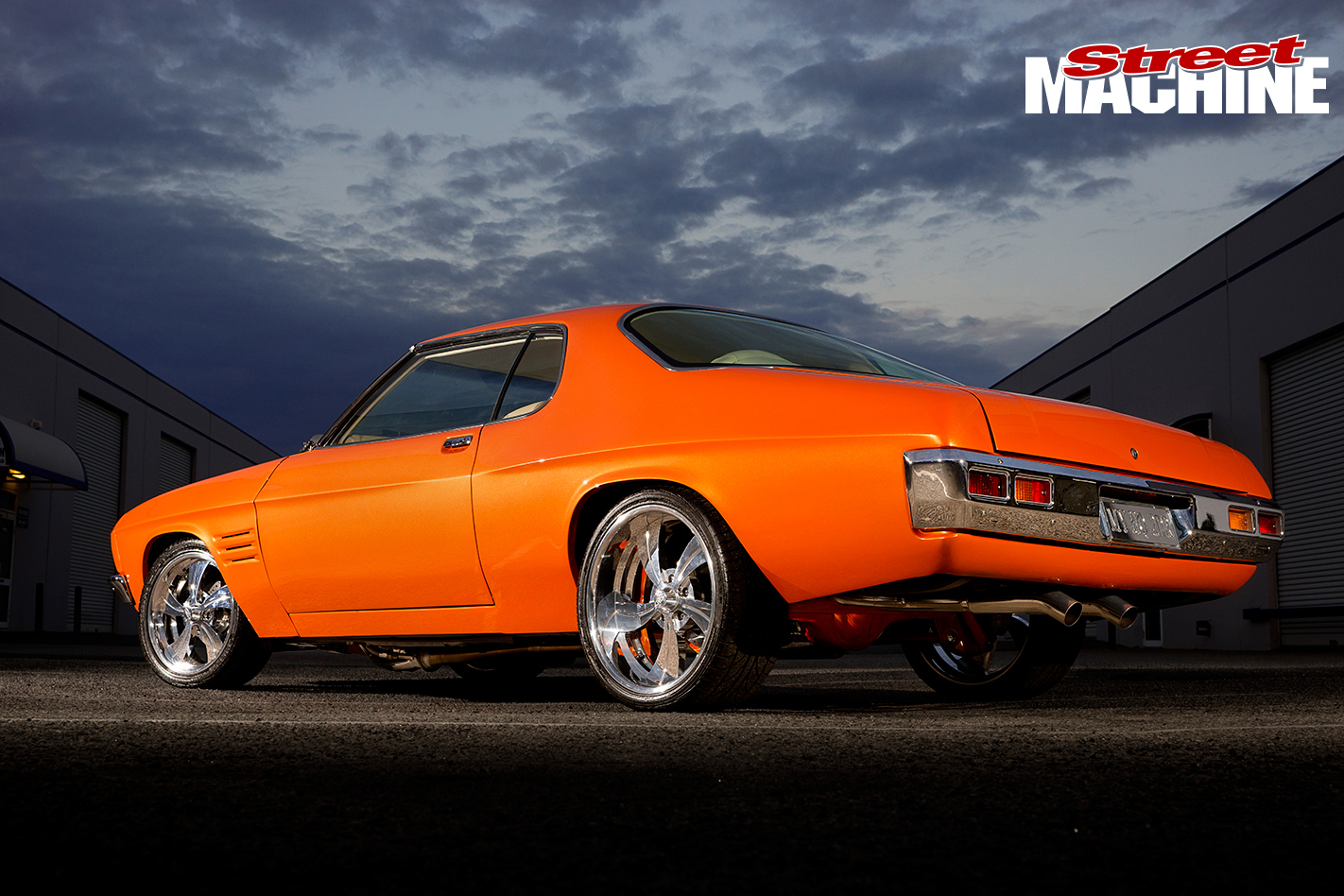 Then Lennard decided he and the Monaro needed some time apart, so he sold it as a painted roller before buying and rebuilding an HQ sedan.

Two years later, though, he found himself lusting after his old flame. As luck would have it, the bloke who’d bought the coupe had taken a liking to Lennard’s fresh sedan, so something of a wife-swap was orchestrated and Lennard was reunited with the Monaro. 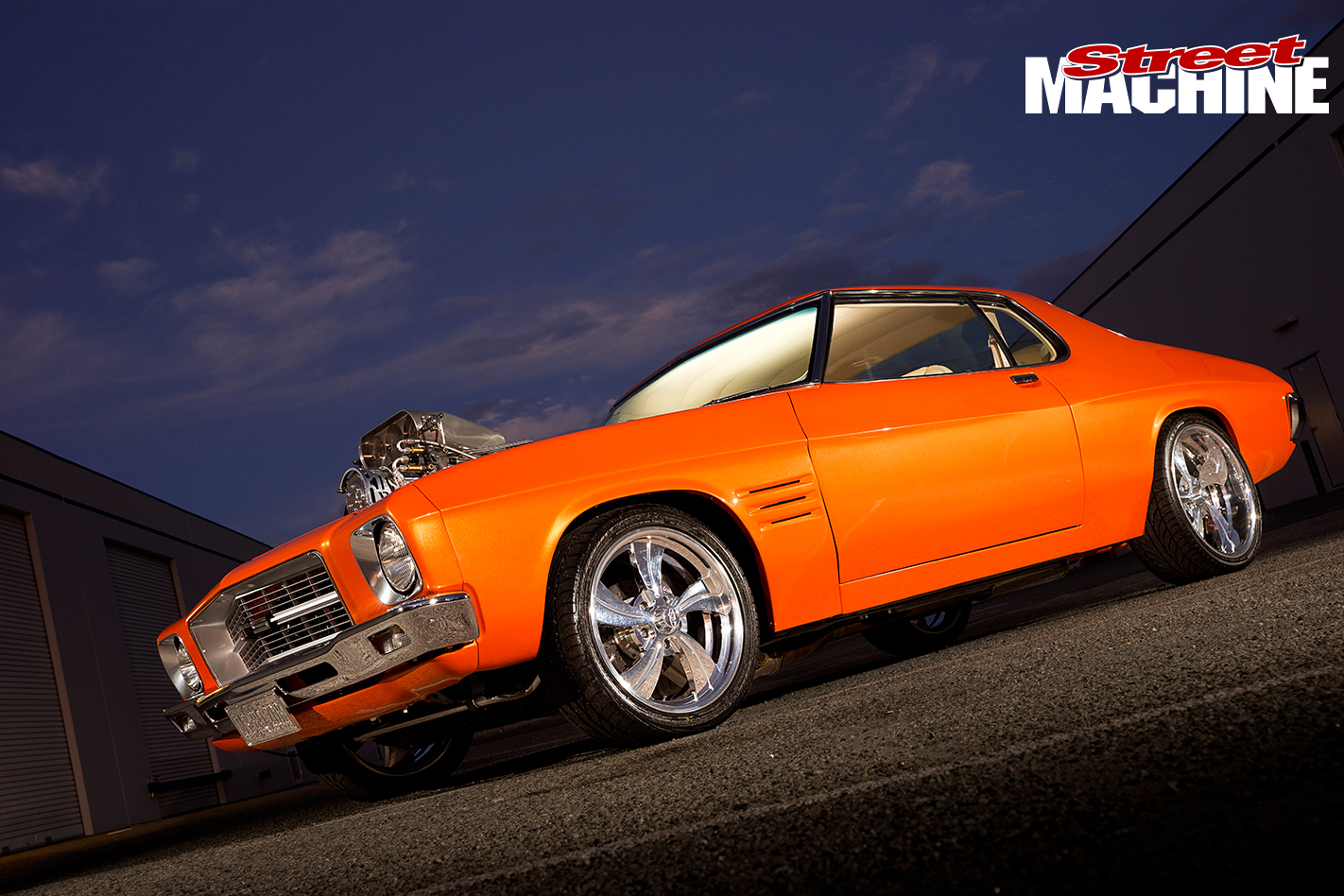 Having bought the car back, Lennard then purchased a rebuilt 454ci big-block Chev, but the closer he looked, the less things seemed to add up. He took it to Extreme Engines, where it was pulled down and he found that — as suspected — it wasn’t everything it was cracked up to be.

A costly blow but Lennard wasn’t about to let it bring a halt to proceedings. “Things are always going to go wrong; it’s how you get over it that matters.” A wise philosophy. 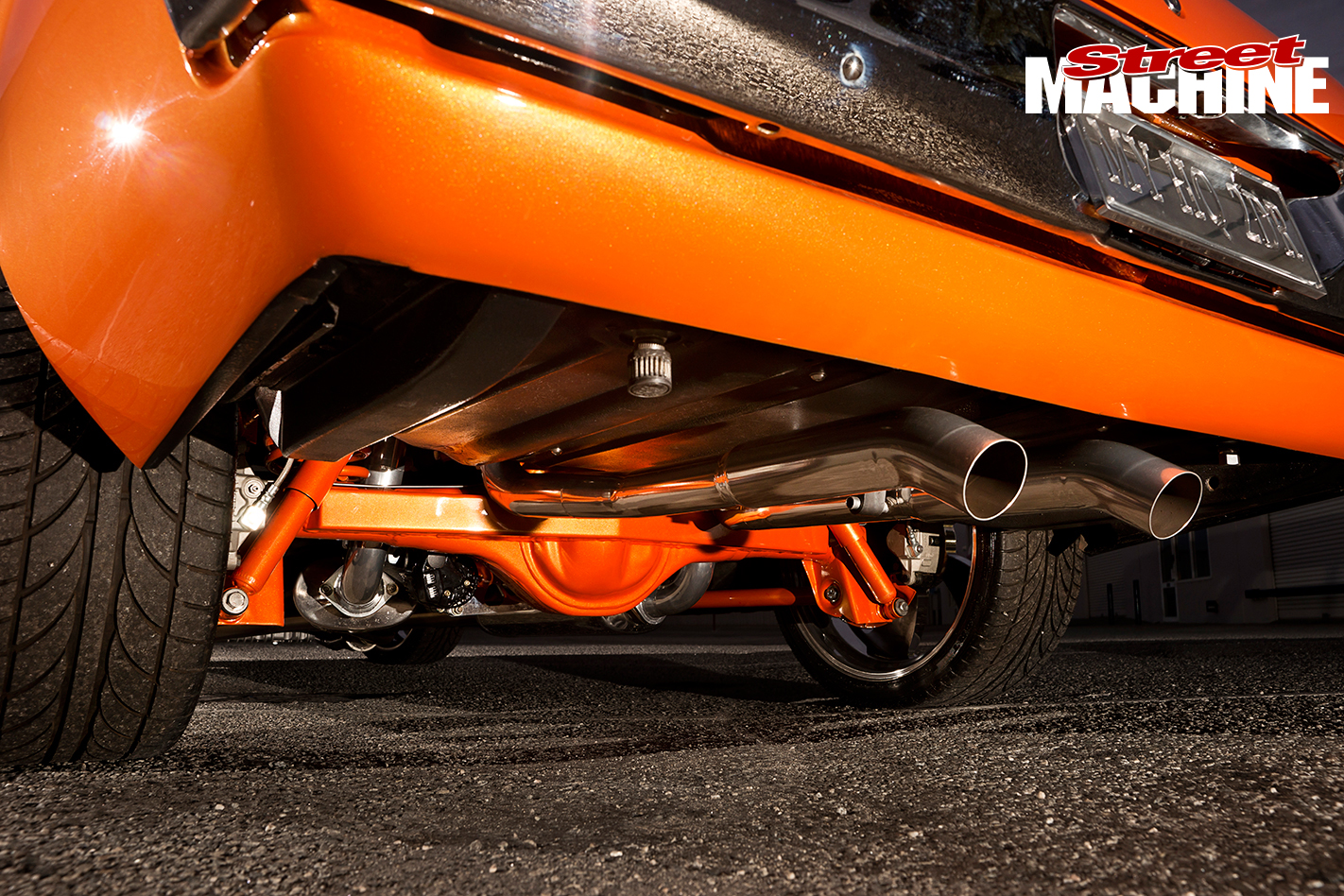 Extreme treated the motor to a real rebuild, retaining only the Mk V GM four-bolt block and Eagle conrods from the original treatment. It now swings an Eagle crankshaft, Arias slugs and a custom solid roller cam, and it’s topped with a set of Merlin III heads, a 6/71 BDS blower and an Enderle injector hat. The blown, injected and methanol-swilling monster was mated to a Turbo 400 kitted out with a Freo Converters 4500rpm stally and TCI transbrake, then fitted up to the car.

Since he intends to change the Monaro back to a street-friendly configuration one day, he was reluctant to hack the body up to fit massive rubber. Instead, the sizeable 275/50/20 rear hoops on 20x9½in Intro wheels are housed in stock wheel tubs, and the rear end retains the factory-style trailing arm suspension set-up, albeit with the addition of McDonald Bros adjustable arms and Pedders springs and shocks. 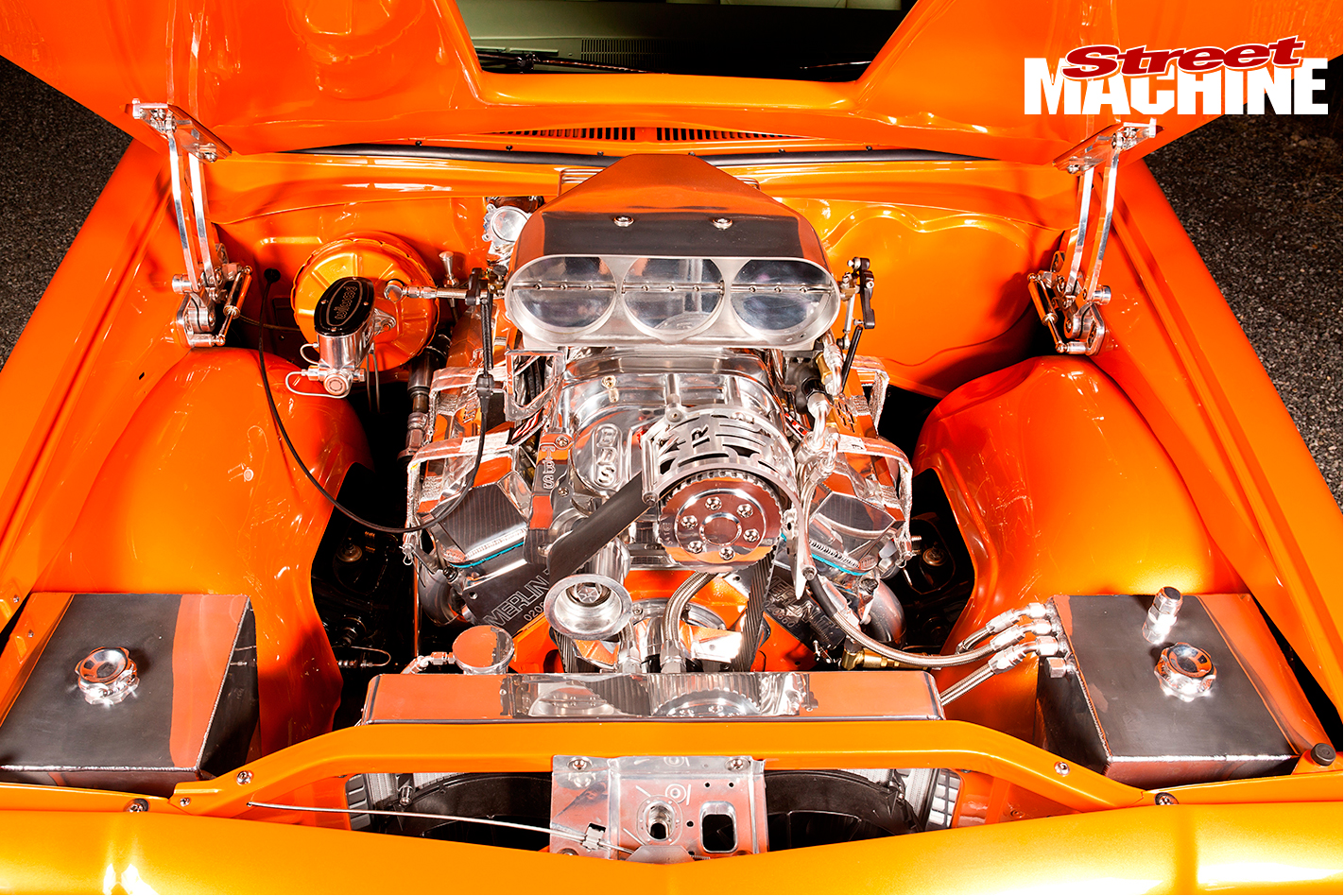 The diff is a braced nine-inch Detroit Locker with 4.11:1 gears and 31-spline Moser axles that’s been shortened to suit the offset of the custom Showwheels rims. The housing, trailing arms, tailshaft, gearbox, suspension and engine are painted body colour and look superb.

Stepping inside, a new dash was made from fibreglass, and though it’s modelled on the factory HQ shape, it’s been quite heavily modified. 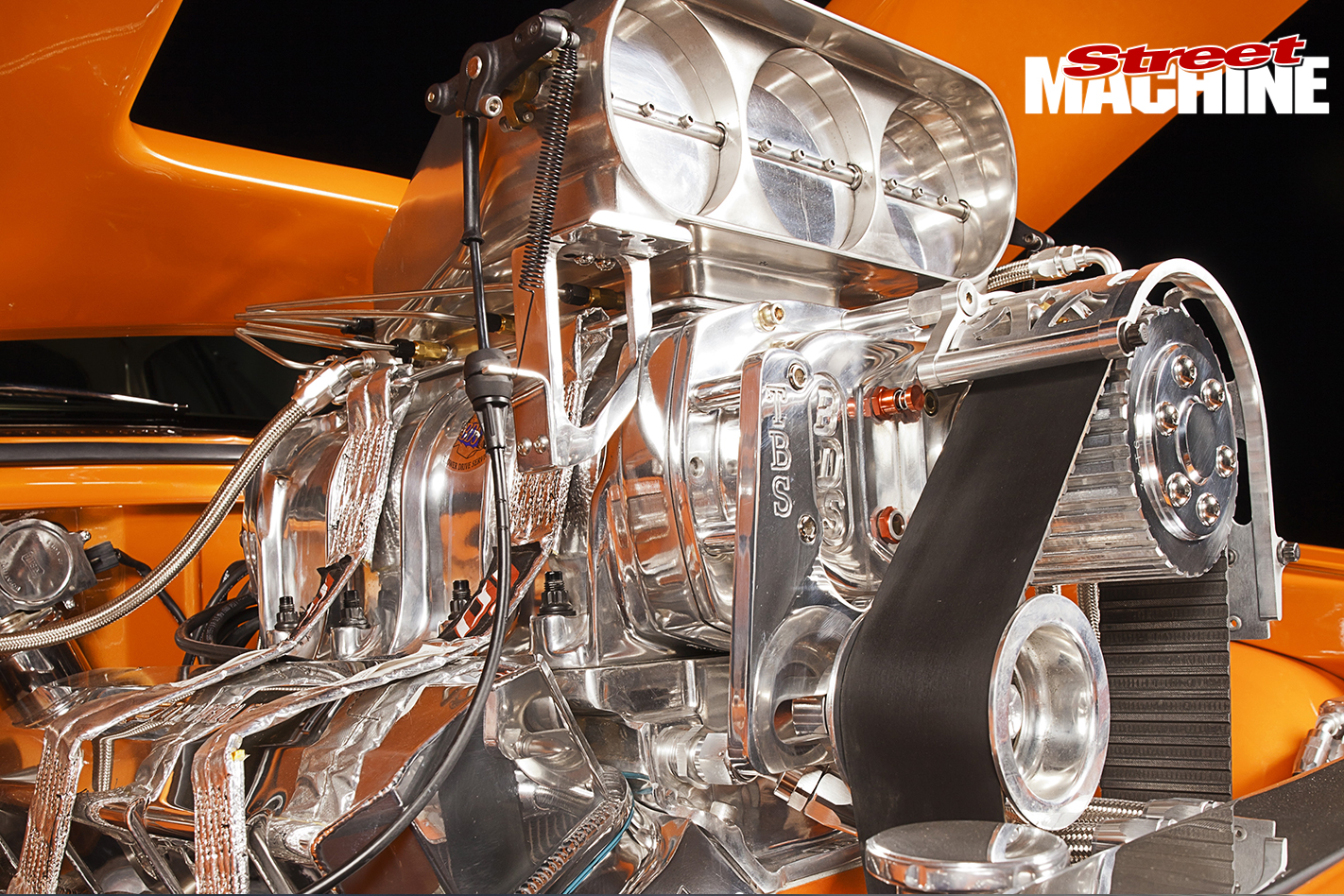 Unsightly factory features such as the heater vents and surplus control panels are long gone, and it — like almost every other interior surface — has been trimmed in sumptuous leather.

A raised false floor stretches up over the tunnel, obscuring the body of the B&M Quicksilver shifter, as well as the electrics for switches that control the wipers, ignition, fuel pump primer, starter motor, headlights and transbrake, which are mounted just in front of it. 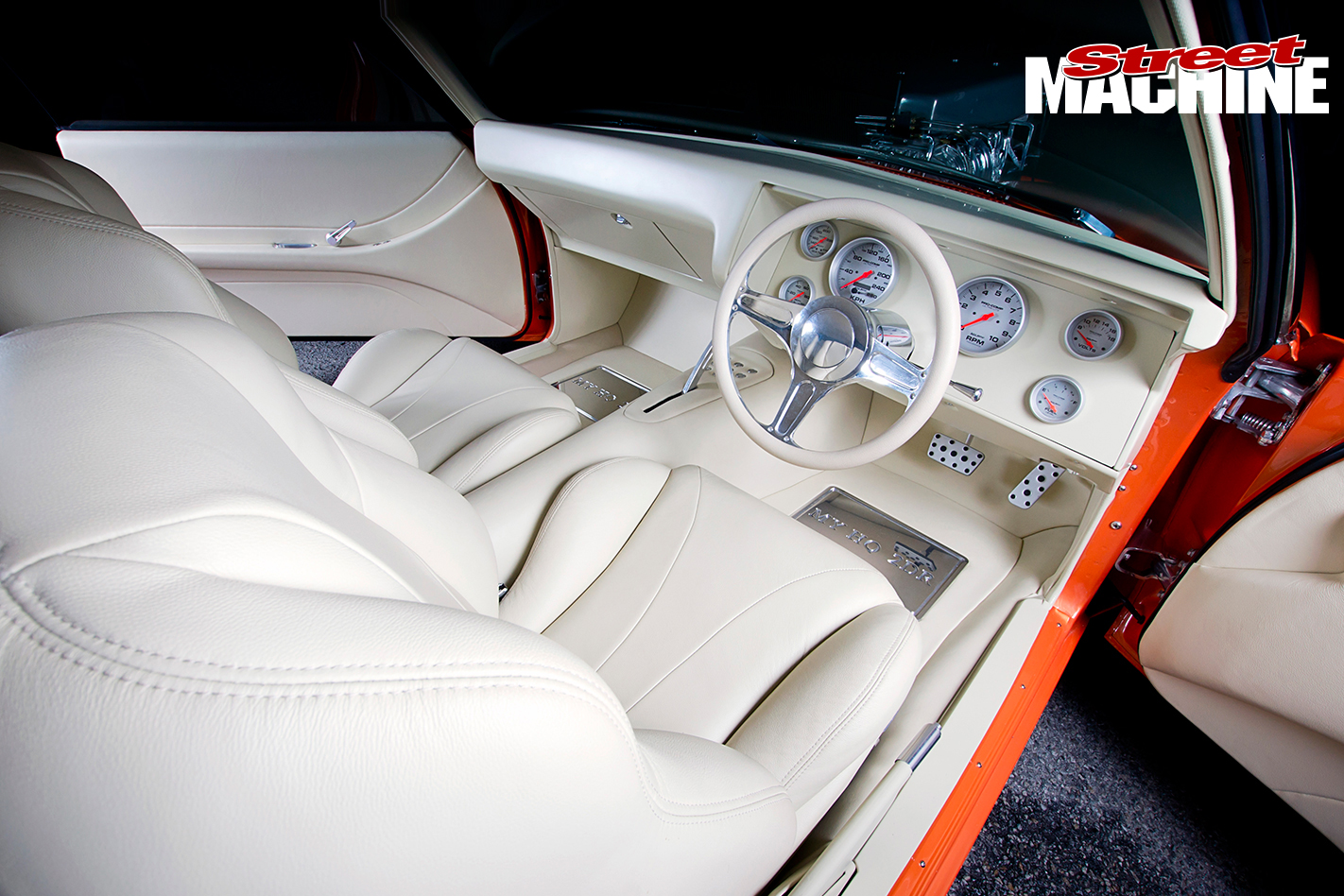 Pleasingly, the seats come from within the Monaro family, sourced from a late-model CV8. The fronts were relieved of their headrests while the rear bench had its headrests blended in, for that period low-backed look throughout.

“Five years ago, I drew pictures of what I wanted the interior to look like,” Lennard said. “I didn’t want to do something that would date; that’s why we stayed with the original shape to the dash, and modified CV8 seats that still look old-school. Then we went crazy with leather.” 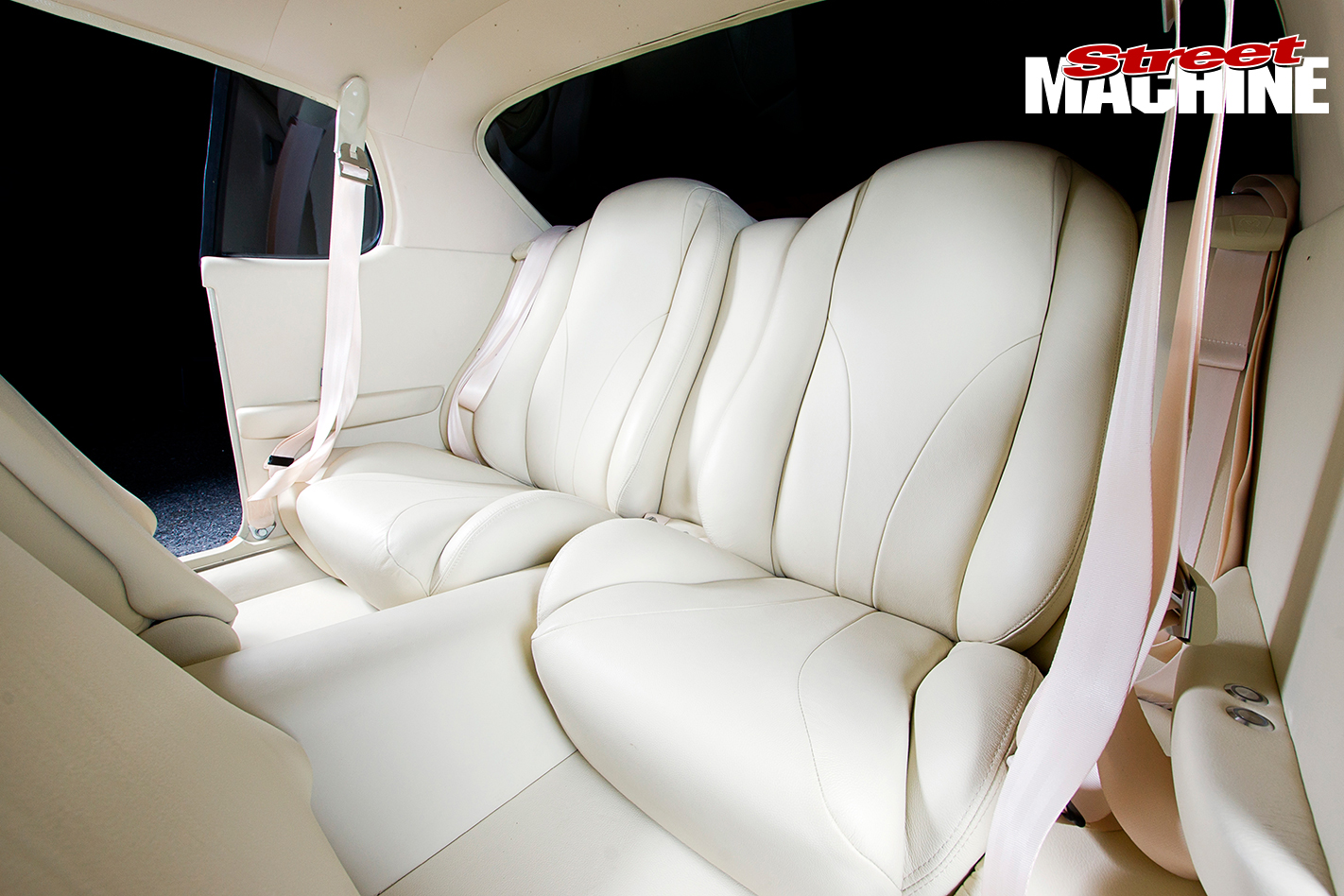 Of course the build went right down to the wire in the lead-up to Motorvation but it made its debut there and was met with critical acclaim in the form of a boot-load of silverware for Best Engine Bay, Best Trim, Best Coupe and Best Driven gongs, not to mention the coveted Grand Champion award.

Lennard and his mates have also towed the car all the way to the east coast for MotorEx, where they had an absolute ball, but that might be where the coupe’s show career starts and finishes. 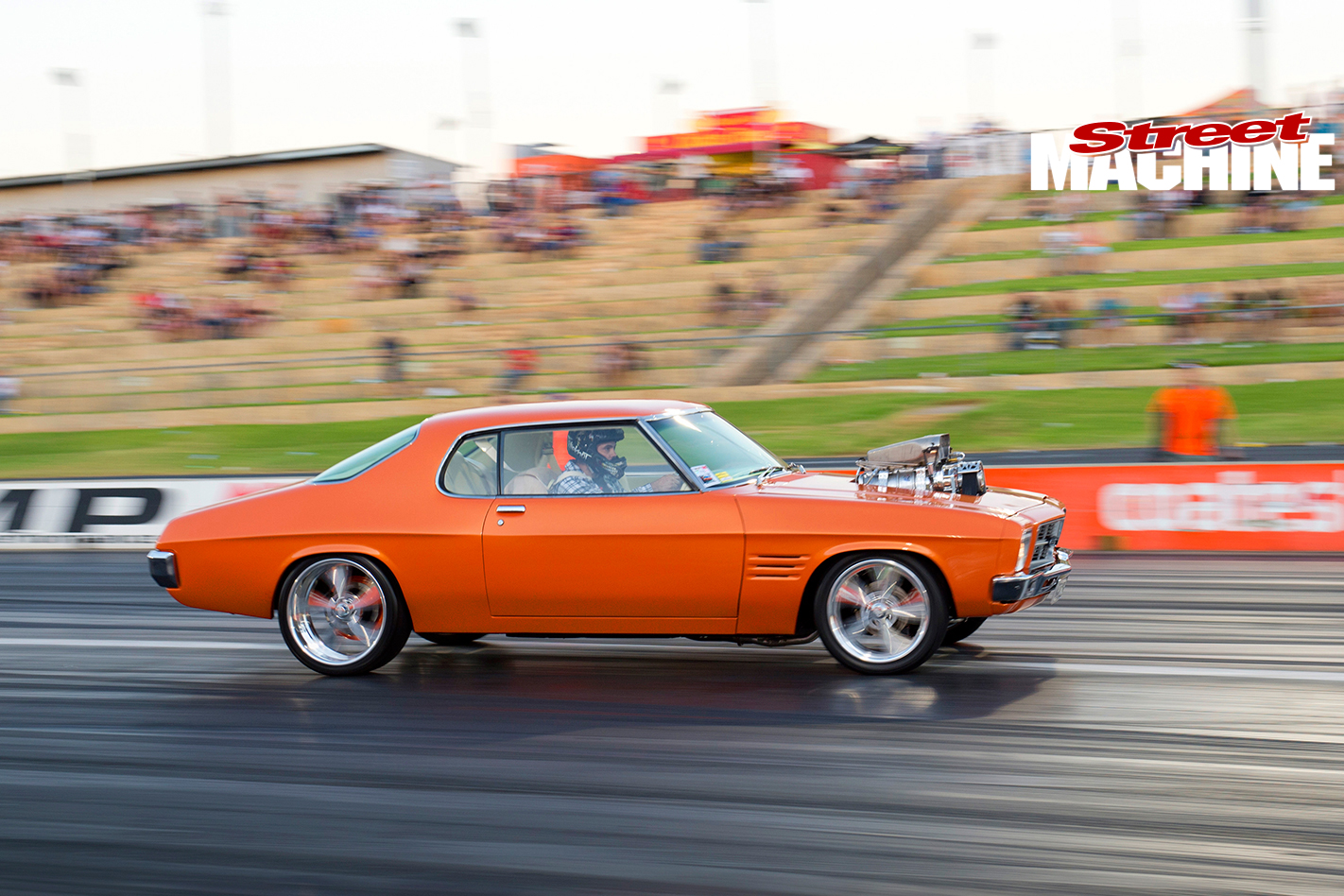 “Right now I’m just hanging to drive it! Everybody laughs at me when I say it, but it was never meant to be a show car — it just turned out neater than planned,” he said. “I was just fussy when I was putting the car together, and I wouldn’t bolt anything on if it looked shit. I built it to drive — that’s why the undercarriage is black and it’s built to go hard; it should have 1100 or 1200hp and I want to use it.

“We’ve done MotorEx, and indoor shows don’t get bigger than that. The car has already achieved more than it should have on the show scene, considering what I set out to build. We’ve got Powercruise coming up and it’s time to have some fun.”