NEED a bit of inspiration to get in the shed and finish your project car? There are any number of motivational speakers, internet shysters and weirdo cults that will eagerly give you advice on how to achieve your goals in life – and usually for a hefty fee. But we reckon you should save your money and just listen up to how Melbourne’s Daniel ‘Gumby’ Andrews went about building his razor-sharp HQ tonner. You could call it ‘Gumby’s Guide to Creating the Car of your Dreams.’ And we will. 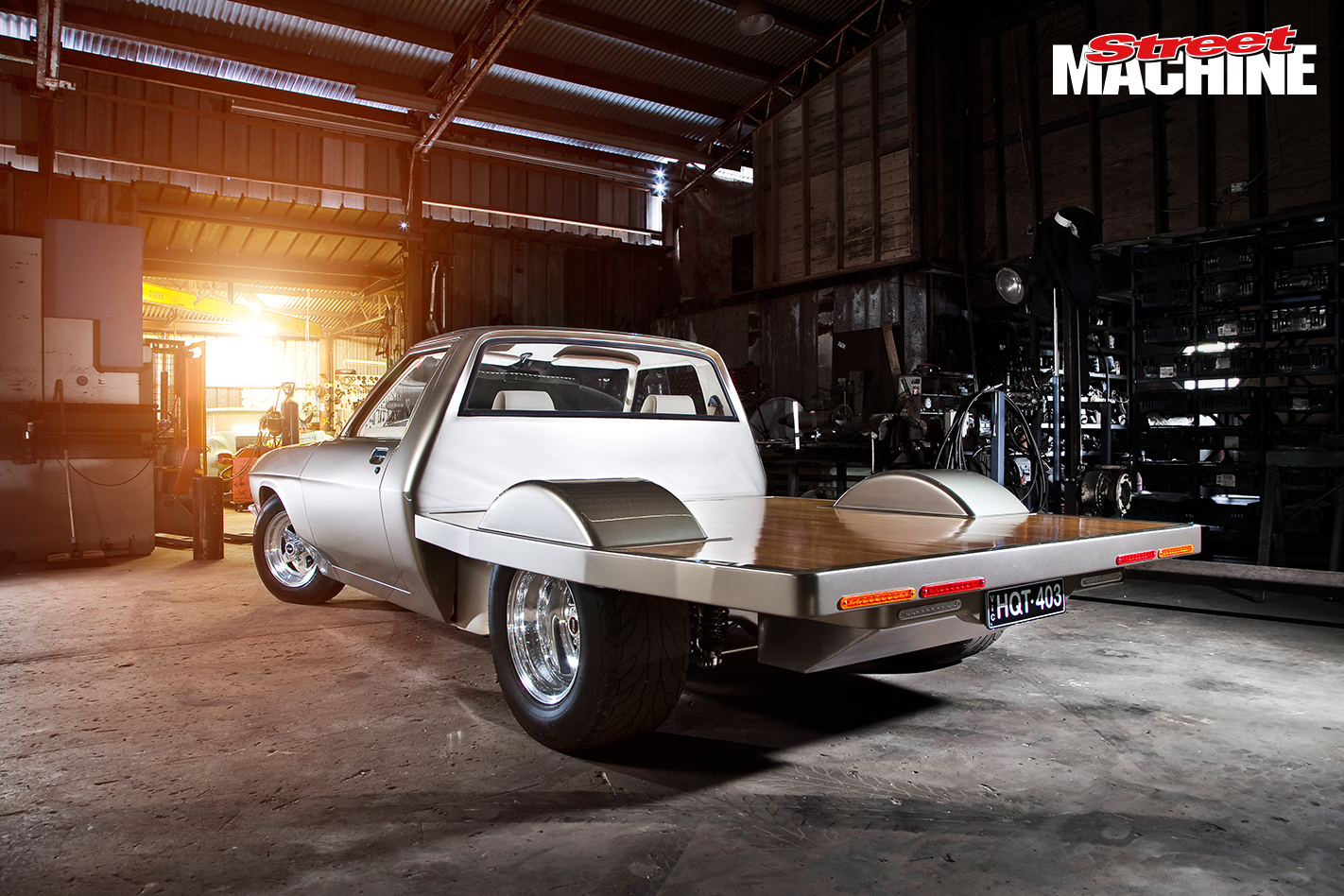 The back section of the cab was cut off, braced and welded with a flat panel to give a smooth look

Step 1: Know what you want. Too many of us start a build with only the vaguest idea of what the finished product will be, which isn’t good for planning, motivation or knowing what the hell you are doing. Not our Daniel: “Before setting out to build the HQ, I knew how I wanted it to turn out,” he says. “I was after power, style and reliability. My long-term goals for it were to get a feature in Street Machine, score a place in the Top 60 Hall at Summernats and run a nine-second pass.” So that’s one goal down, two to go! 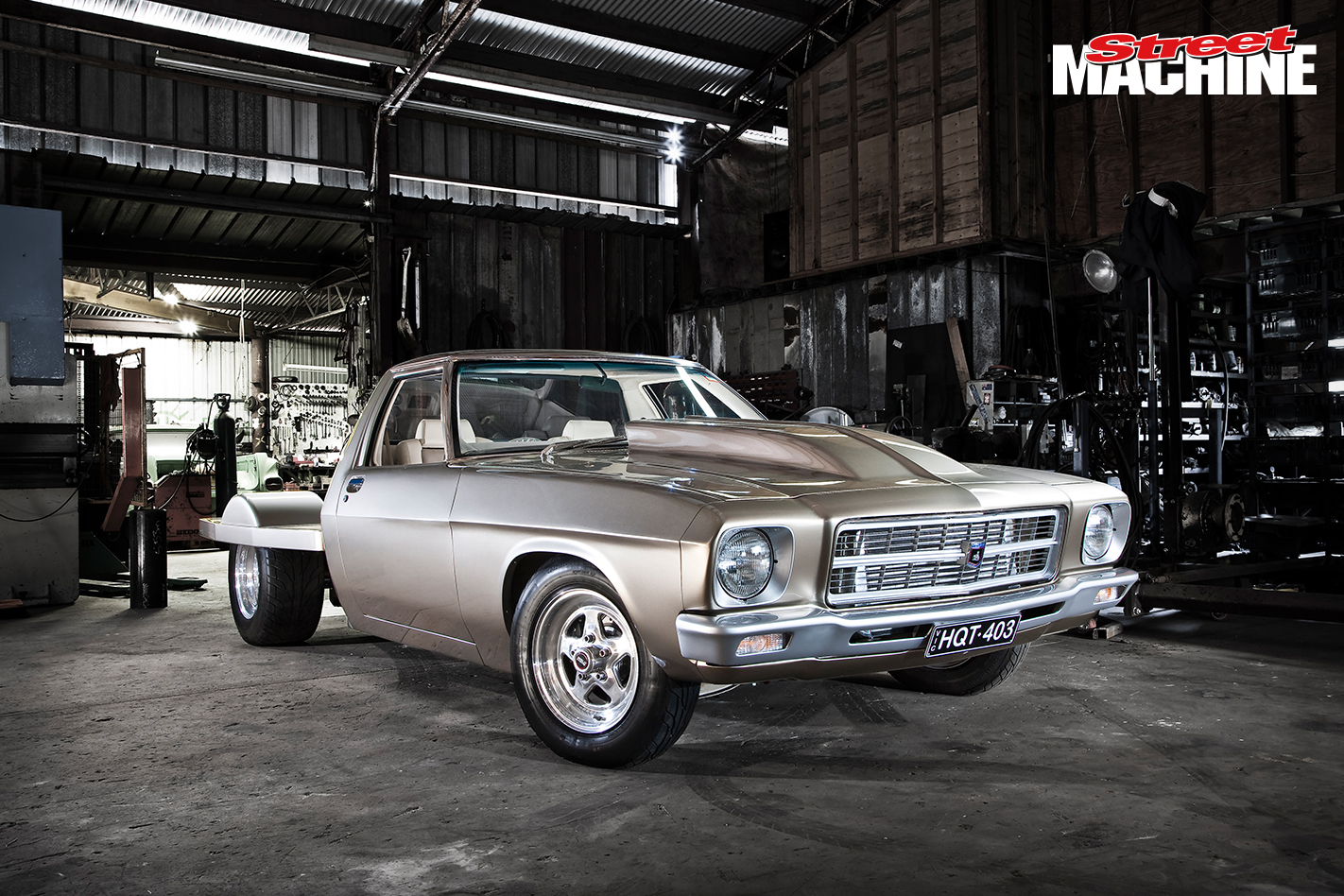 Step 2: Get yourself some skills and surround yourself with good help. “I’m a boilermaker by trade. My dad is a diesel mechanic and my father-in-law owns an engineering business, so I knew I had the brains and the tools behind me to get the job done. And reading Street Machine since I was 16 gave me a fair idea of what was a good idea and what was bad.”

Step 3: Know what you are dealing with. “The project started with two $500 cars. I stripped them both down and found one had a straight chassis with a rusted-out cab. The other had a twisted chassis and a good body. Perfect.” 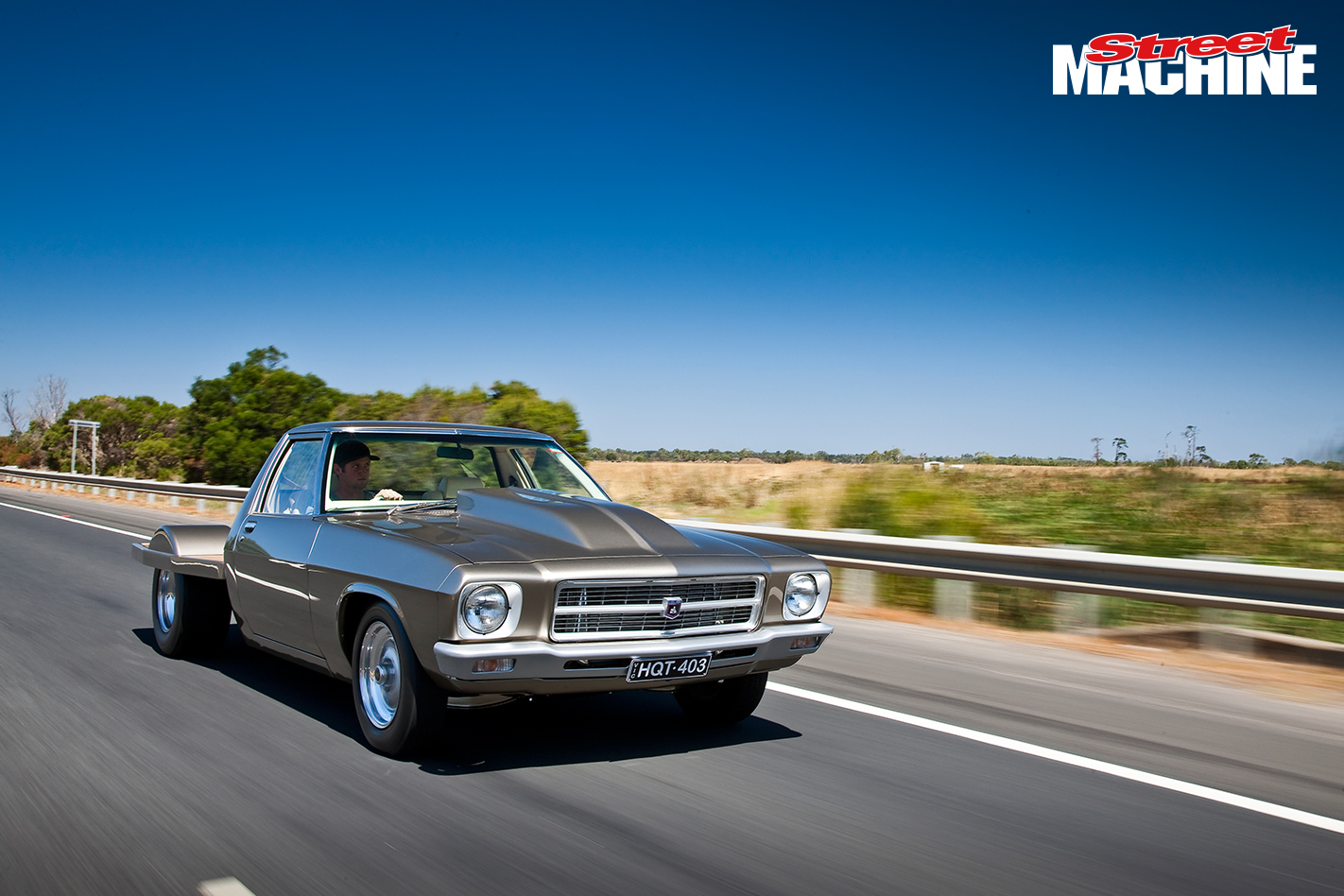 Step 4: Marry well. Sure, attraction, compatibility and shared values are all factors when choosing a life partner. But if he or she also supports your hobby, well, you’ve hit on something very special. Daniel’s new bride Bobbie not only understood his dedication to the project, but also had an EH of her own in the build. Which dovetails nicely with Dan’s last point: 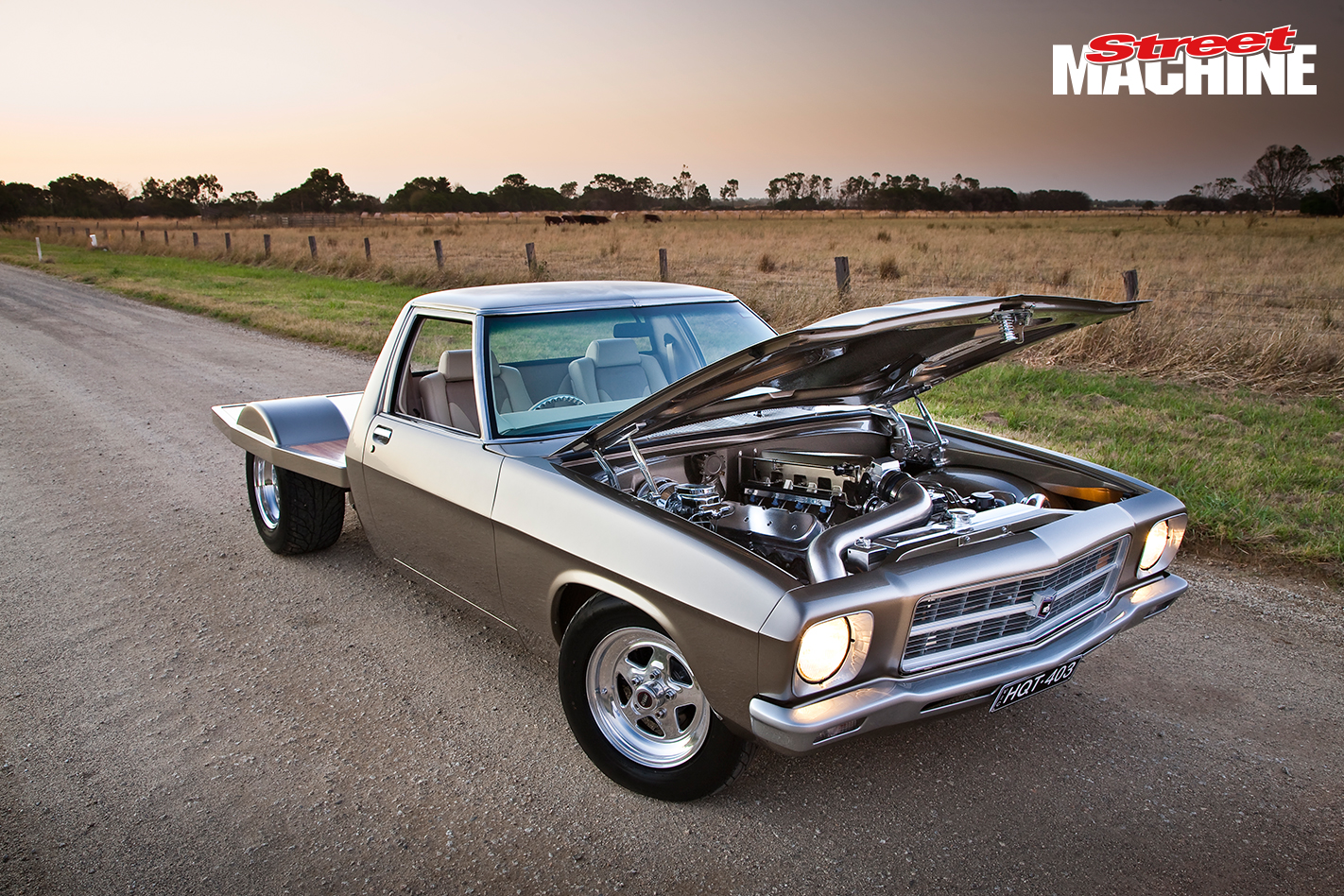 Daniel's goal was to have the HQ finished and driveable in time for his wedding. His bride Bobbie also has an EH holden

Step 5: Have a deadline. “At one stage I was pissed off and sick of the car, so I left it in the shed for a year and raced a season of motocross to clear my head. Then when I proposed to Bobbie, I decided that I really wanted to drive the tonner to the wedding, so Bobbie took care of the wedding planning and I got stuck full-steam into the tonner.” 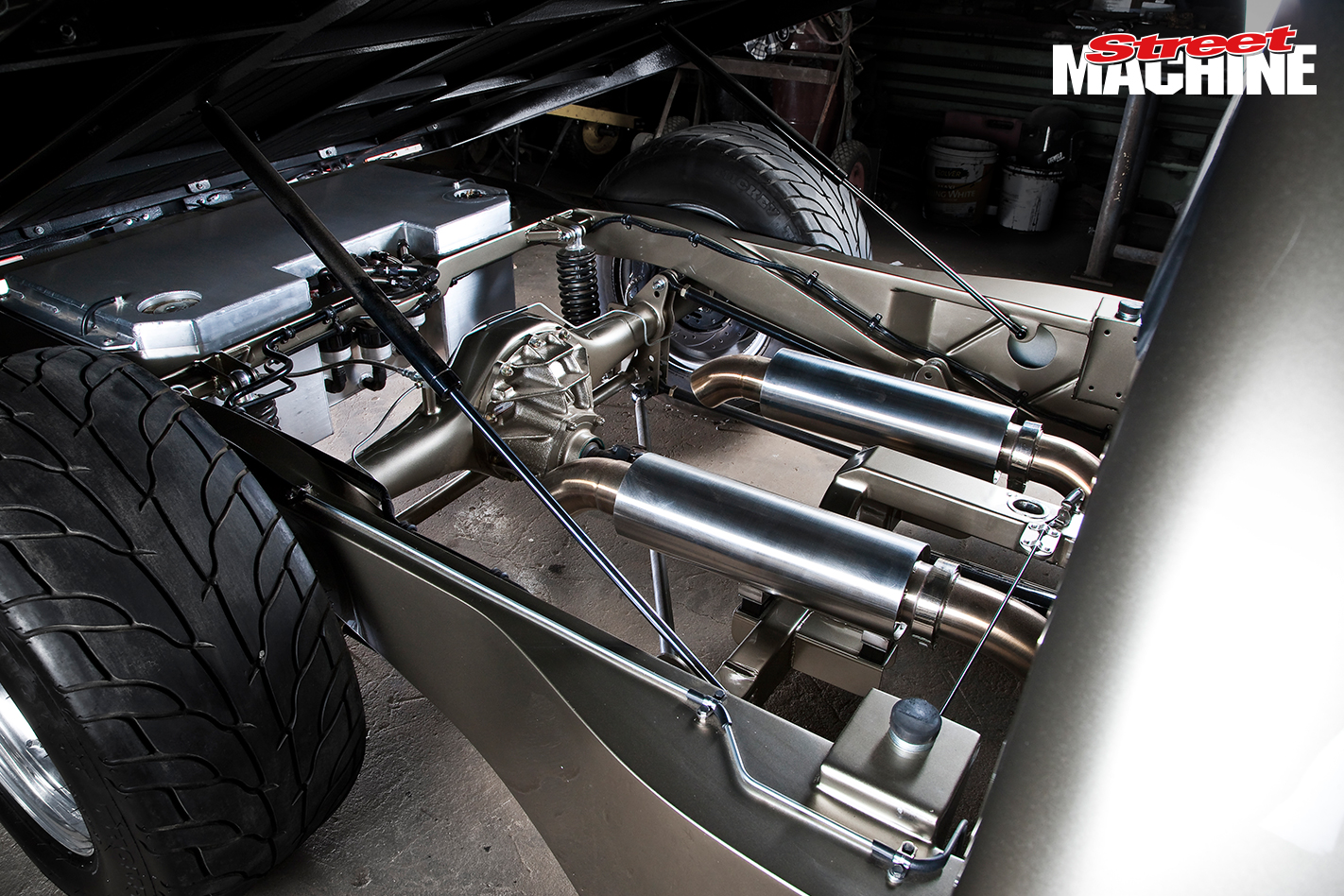 Sure enough, the HQ was finished in time for the big day and as you can see, she’s a very neat thing. Crawl underneath and you’ll notice that the chassis is as well-detailed as any high-class hot rod. Remember that bit about knowing what you want? Well Daniel didn’t want any daggy bits anywhere on the car, so he started by ensuring its foundations were top-notch. “Once I had it down to a bare chassis, I cut the leaf-spring rear end out, fitted a four-link kit and shortened nine-inch. While I was at it, I boxed the chassis and welded and smoothed everything that was going to be visible. 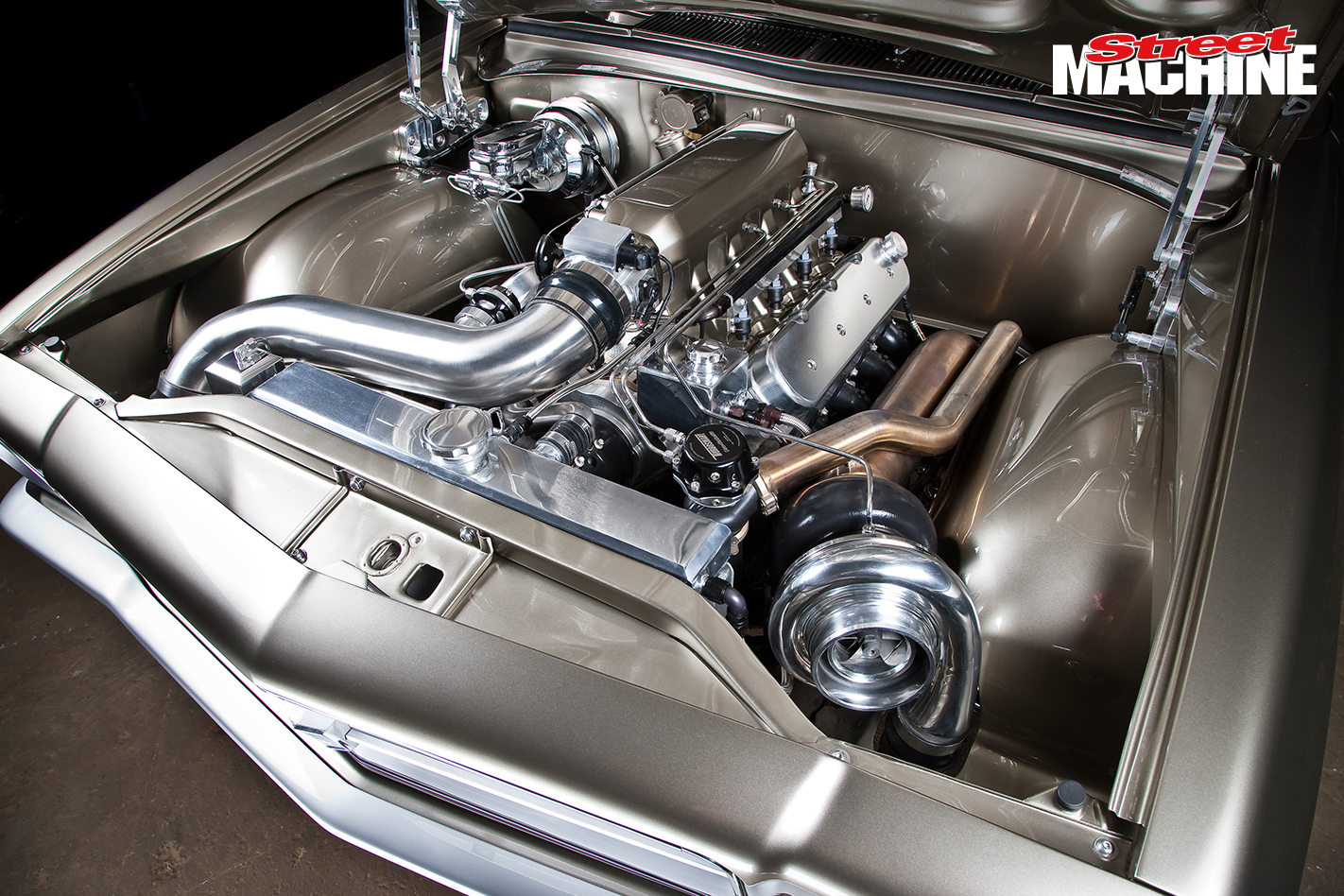 “When I was happy with that, I got stuck into the body. I cut out all the rubbish on the firewall and flattened it off, and I cut off the back section of the cab, braced it and welded in a flat panel to make it look smooth.”

From there, Daniel stuck the cab on the chassis, bolted on a set of rims and saw that it was good. The next step was the LS1 conversion. “It is such an easy swap – engine mounts, a Camaro sump and off-the-shelf extractors, job done.” 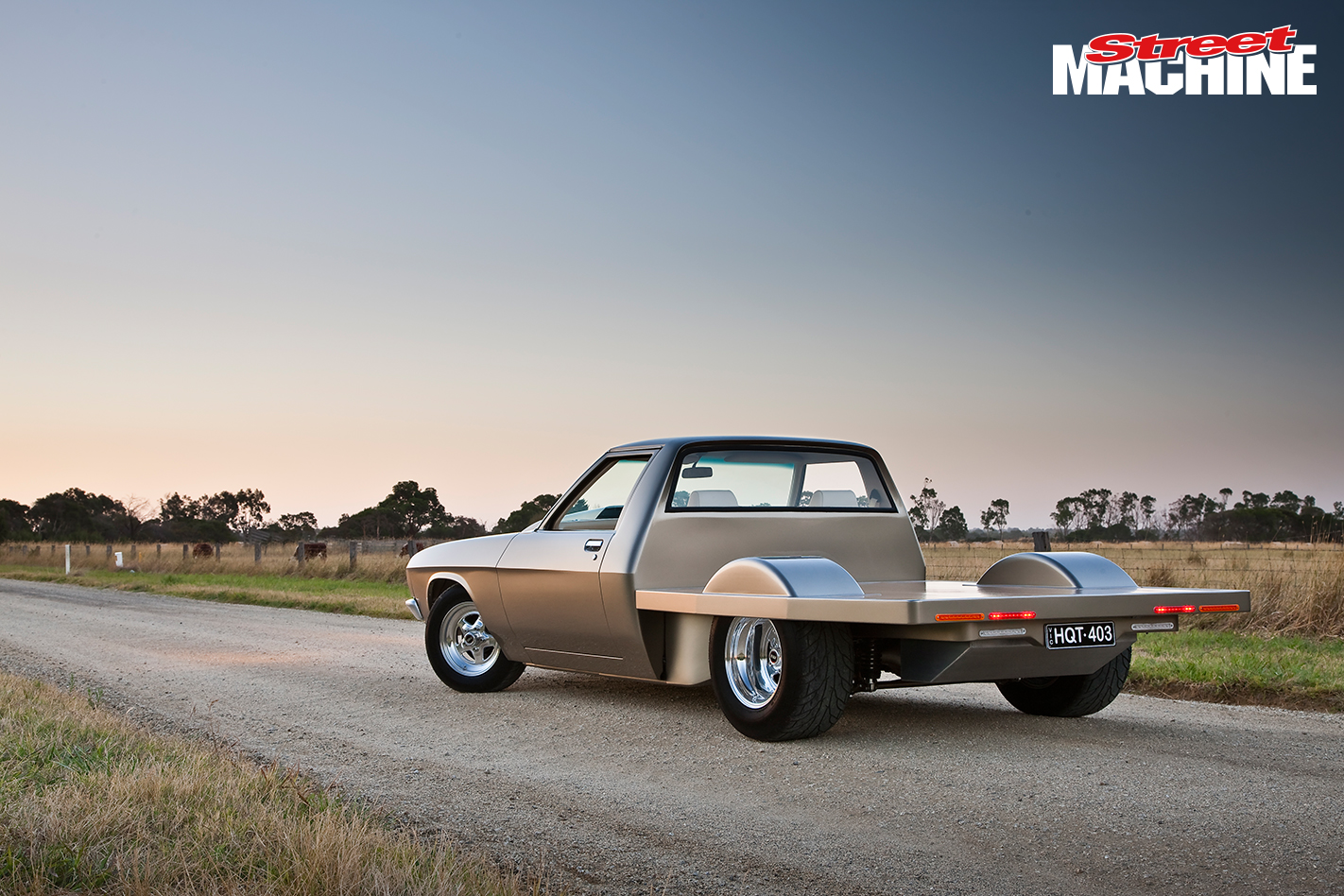 Initially the HQ was powered by a turbo LS1 setup but after a bent conrod let go, Daniel switched to an LQ9 iron block

Then a mate came over with his HQ Monaro with a turbo LS1. “When I saw how easy that was to do and how good the power was, I bought a Garrett GT4202R turbo, a wastegate, blow-off valve and an air-to-air ’cooler. Then I ditched the extractors and spent a fair few nights welding up a set of steam-pipe turbo manifolds and some stainless-steel ’cooler piping. I do a lot of similar stuff at work, so it was a piece of piss.”

Big power means you’ll need a big fuel system, and Daniel planned out a beauty. “I don’t have a welder to weld aluminium, so I worked with D&F Racing Products to fabricate the fuel tank. It has a built-in eight-litre surge tank, a false floor, baffles and three Bosch 044 pumps. I’m pretty happy with how it turned out.” 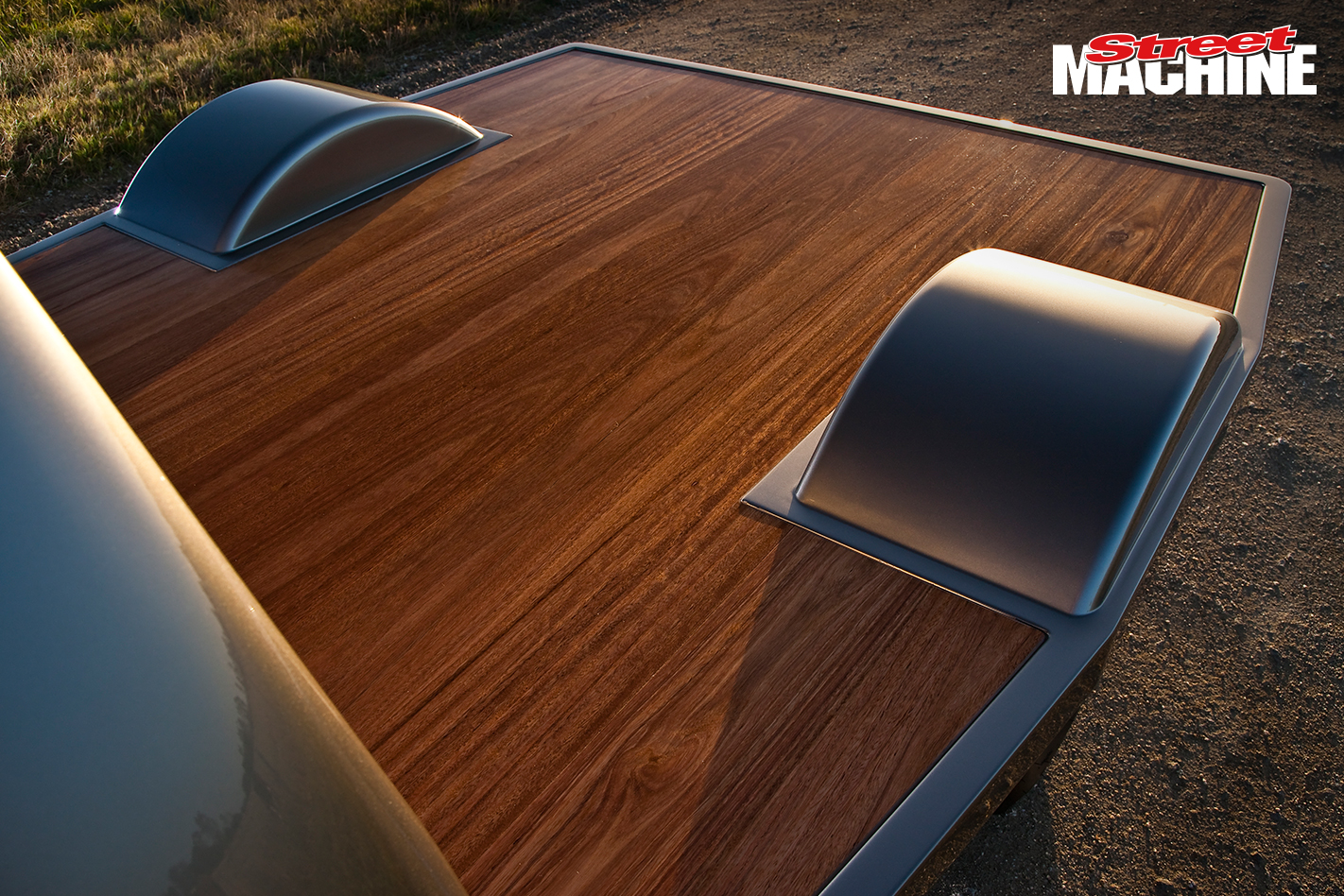 Other highlights include the tray – always a make or break item on any one-tonner build. “I wanted something really smooth,” Daniel says. “I used four trailer guards to make the wheel arches, which gave them nice rolled edges.”

The whole thing hinges at the back, with gas struts for ease of use and an HQ bonnet latch and catch to lock it in place. 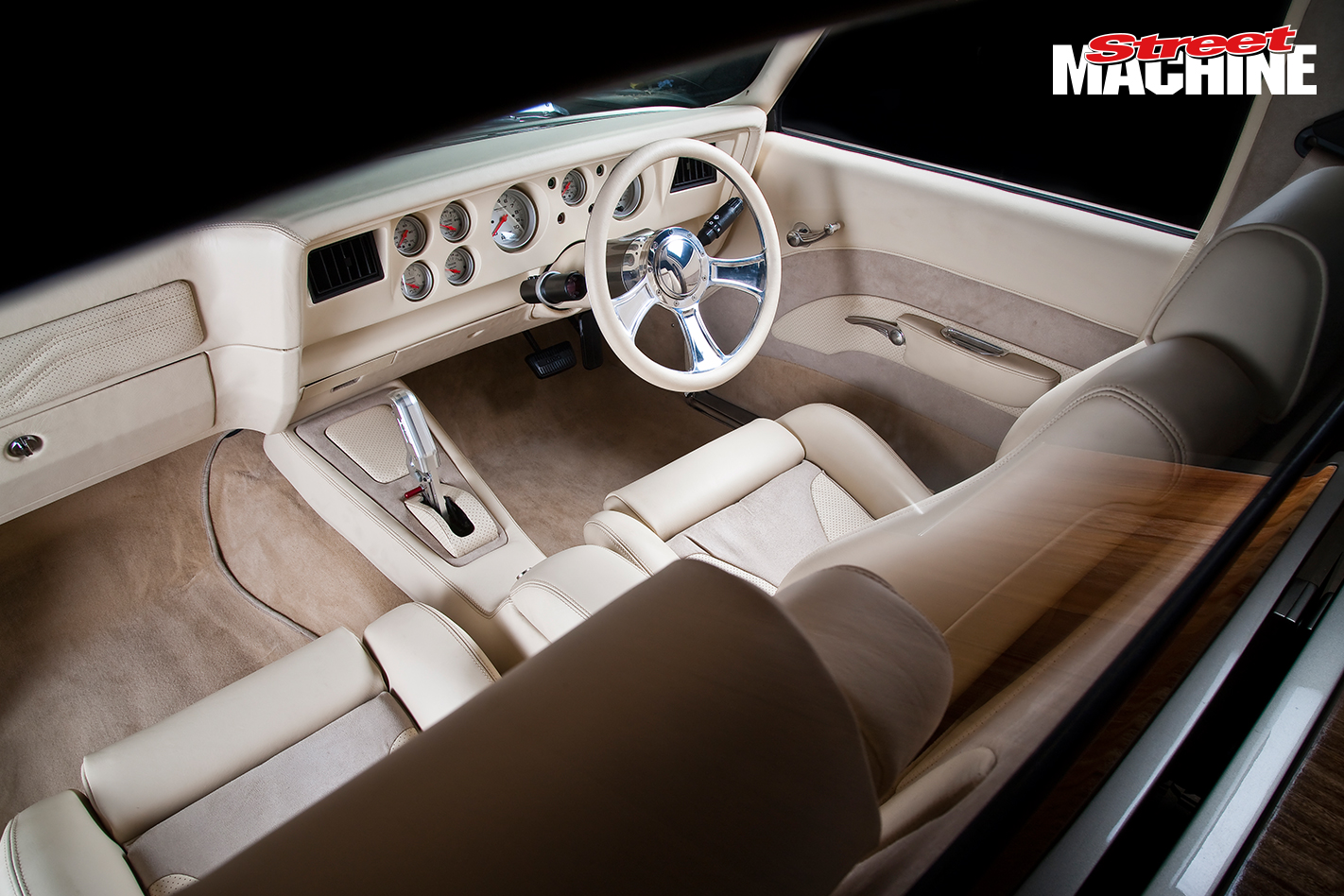 Once the tray was built and the car wired, Daniel prudently decided to get the car running smoothly before embarking on the paint. No point dragging the engine in and out of your beautifully painted engine bay, right? At this point, fate gave Daniel the finger; with the car on the dyno and pumping a mild 7psi, something let go. That something was soon revealed to be a bent conrod.

With reliability one of his prime objectives, Daniel outsourced the build of a new donk to LS guru Nathan Higgins. Starting with a cast-iron LQ9 block, Nathan came up with a 403ci rotating assembly and went to town on the heads. Stainless-steel valves, one-piece pushrods and a custom Isky cam add up to tidy package. This time around, the tonner made 442hp at the treads at 7psi, with nothing going bang and a whole lot more to come. 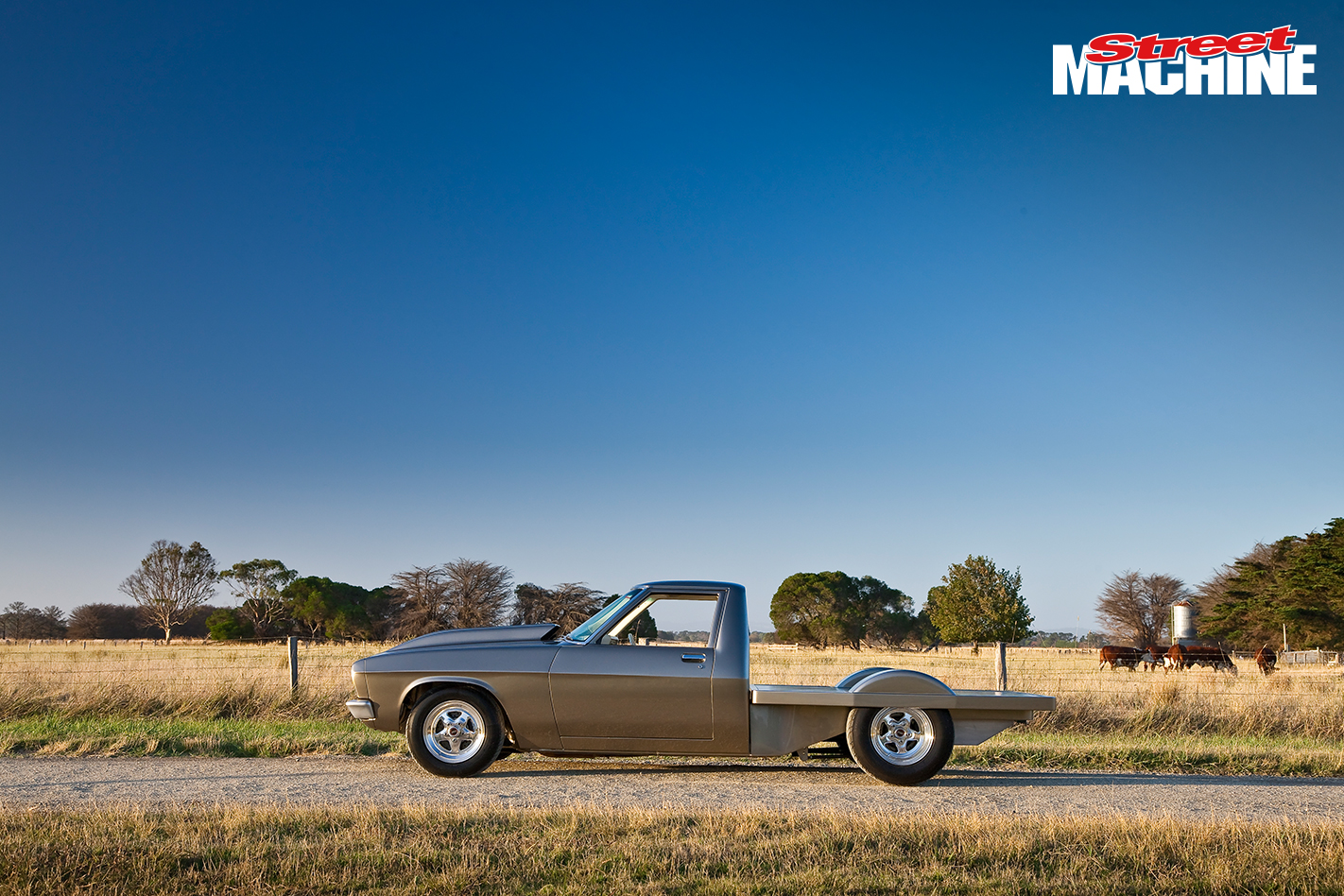 On a mere 7psi the turbo'd LQ9 made 442hp, but these days it's making almost double that

When it came to the paint and panel, Daniel remembered Step 2 of his Guide – surround yourself with good help. “I went to Vito and Tom at Polo Body Works. They were great to deal with. They would come up with great ideas, so I’d go home, fabricate what we needed and bring it back for them to make pretty. Stuff like the infill between the nose cone and the radiator support and the custom bonnet latch. It’s not stuff many people notice, but I think it makes a big difference to the overall result. Once the chassis was painted, I took it home to fit the suspension and driveline – that way if I scratched something, the only person I could blame was me. Then I took it back to Polo and the boys mounted the cabin and hung the panels to make it look like a car once again.” 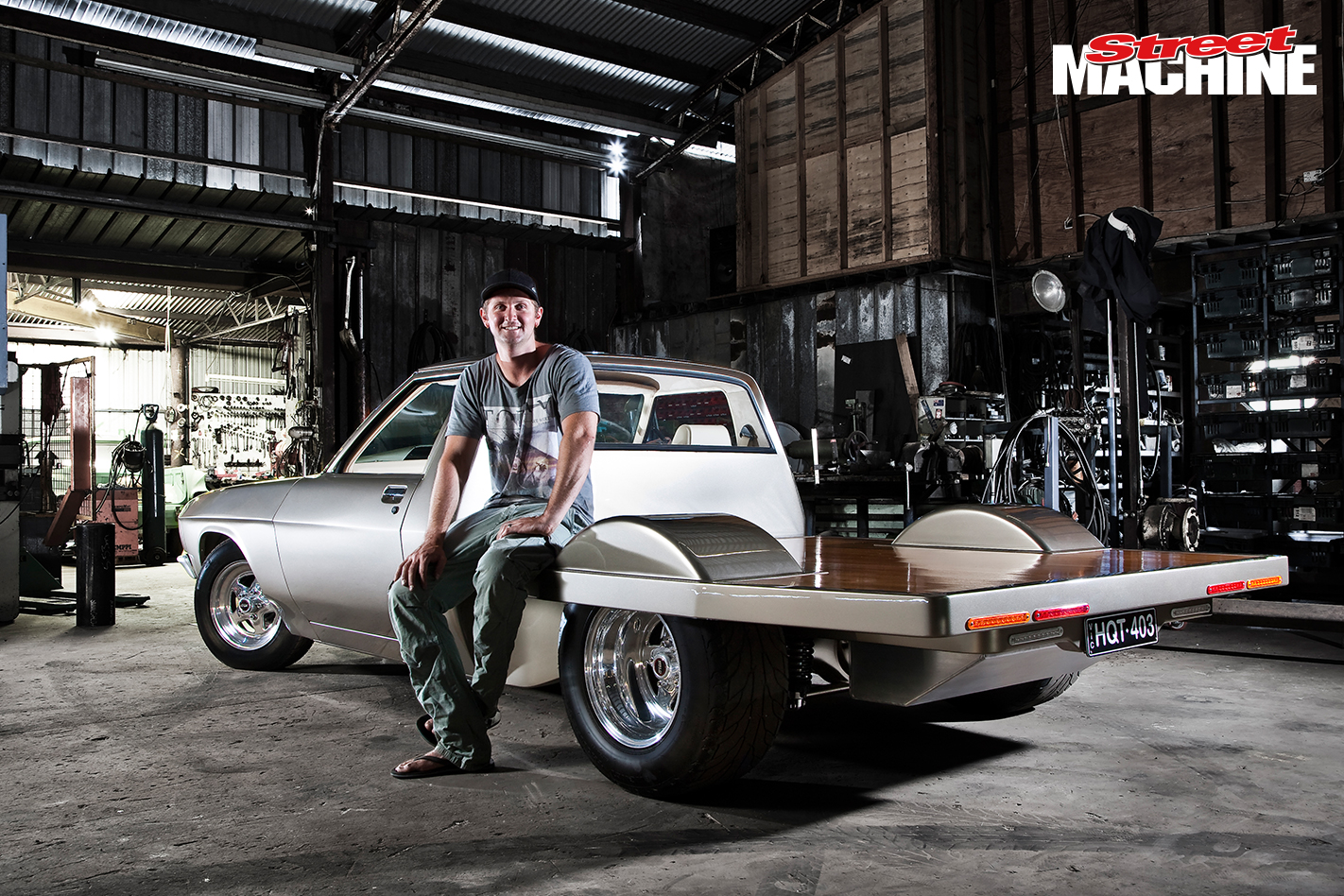 From the paint shop, the car went straight to Tim Parsons at Sew Fine Auto Interiors, decking out a set of BMW buckets, and anything else they could get their hands on in cream leather. “Tim was great to work with as well. He opened his factory on the weekends and at night so I could keep working on the car while it was getting trimmed, finishing off all the little bits and pieces.”

The car was completed a week before the wedding. Yes, a whole week! That gave Daniel and the lads at 4B Fabrication & Dyno time to iron out a few bugs that could have nixed the tonner’s appearance at the last minute, such as buggy injectors, melting ignition leads and a vibration in the tailshaft. “After a massive team effort, the big day came and I had the biggest smile on my face arriving at the wedding,” says Daniel. “No words can describe how good that feeling was.”

Since then, the HQ has already grabbed some tinware at a couple of local shows, but now Dan is focused on that nine-second pass. “I’ve bought a set of 28x10.5 slicks and I’m booked in for a new tune and a heap more boost. I can’t wait!”

Now that the motor is firing on all eight cylinders, she's is making well over 800hp at the rears on 16psi running E85 juice. Daniel has just had a new carbon fiber tail shaft installed after the old one exploded, and now the HQ tonner is ready to race! 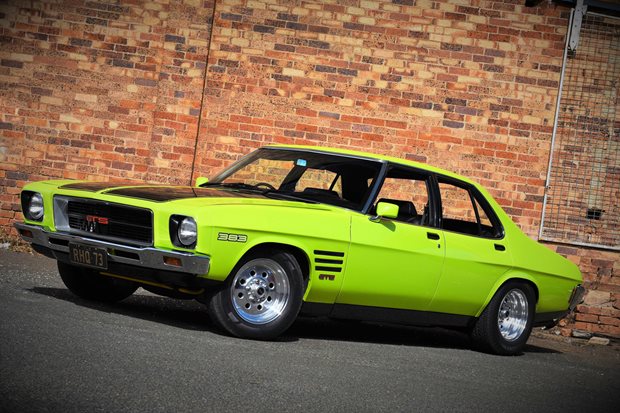 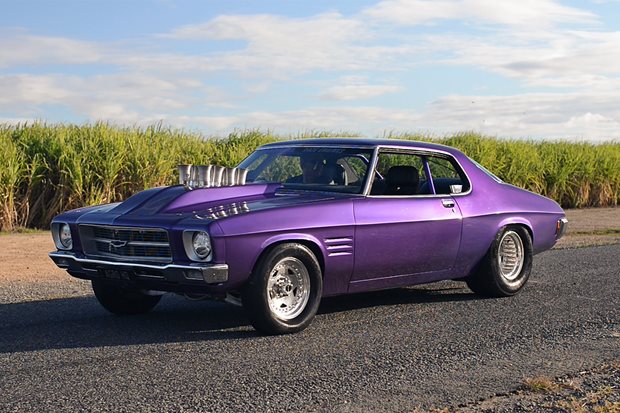 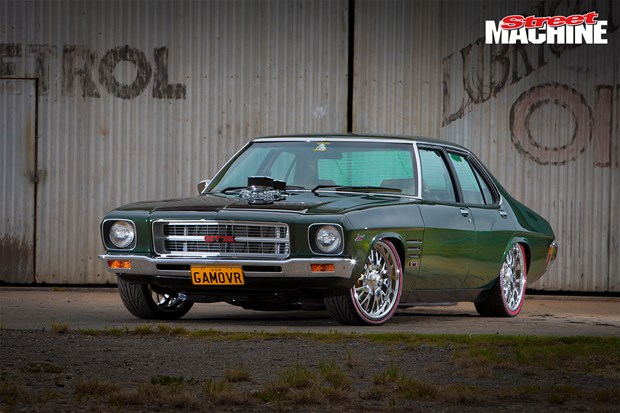 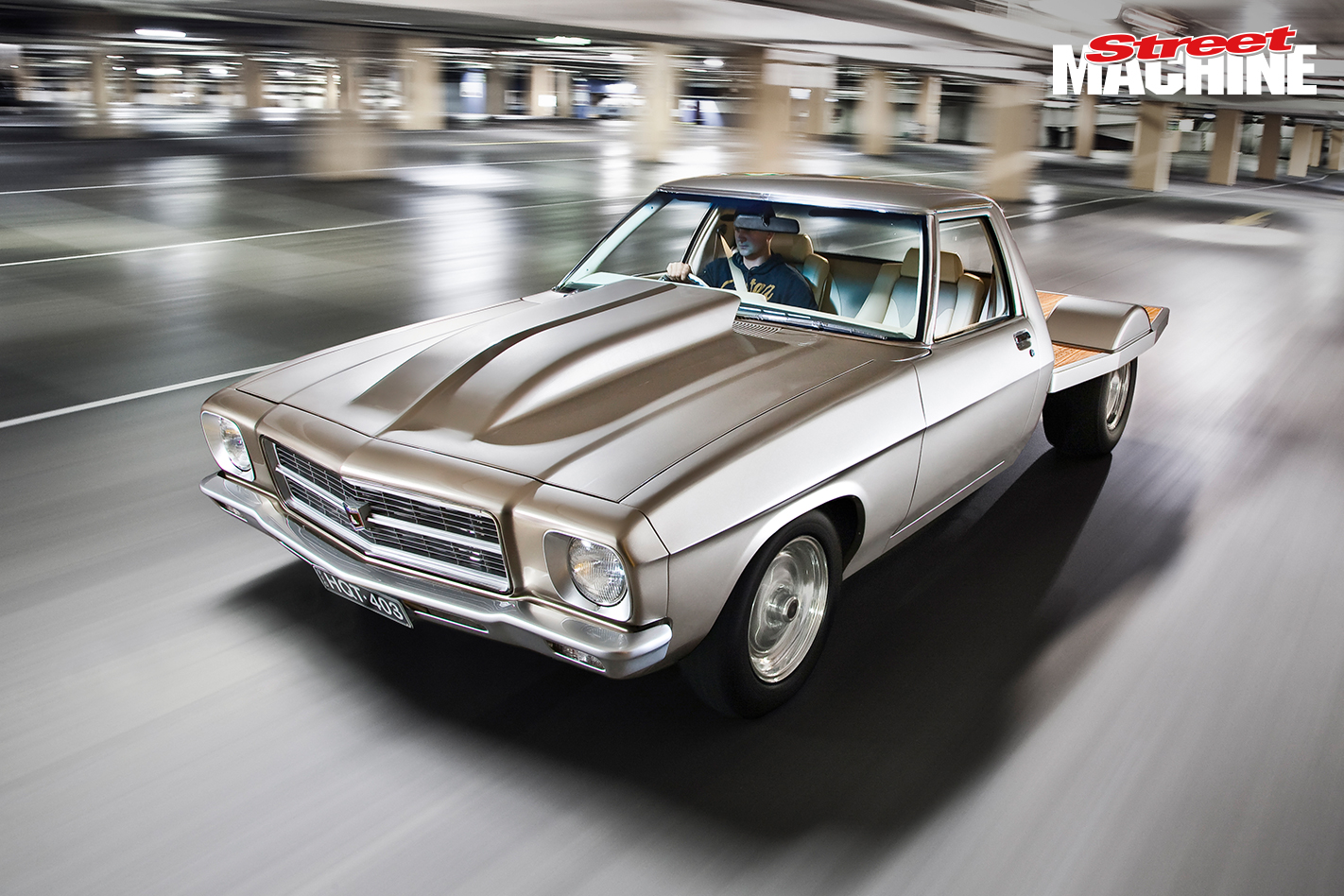 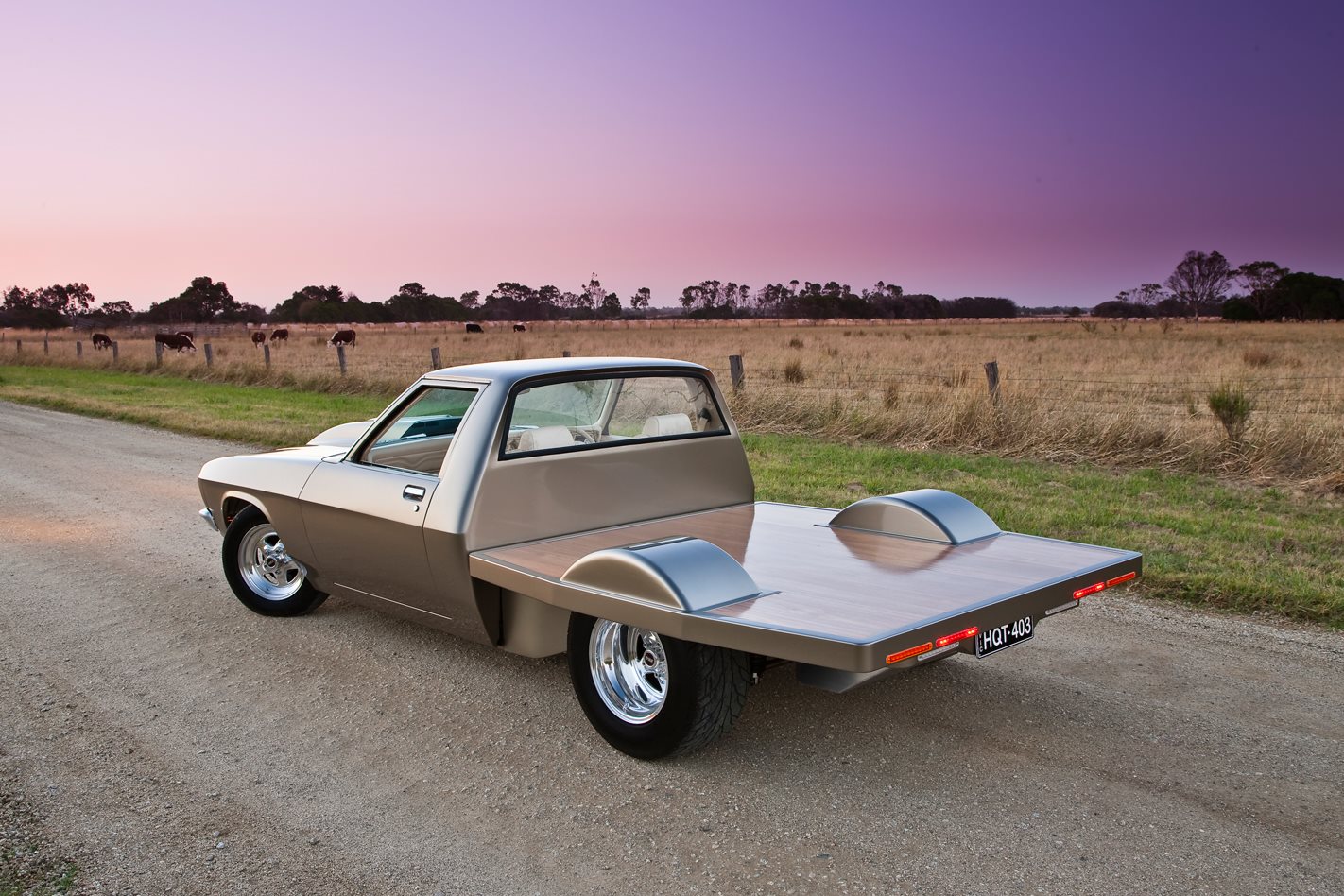 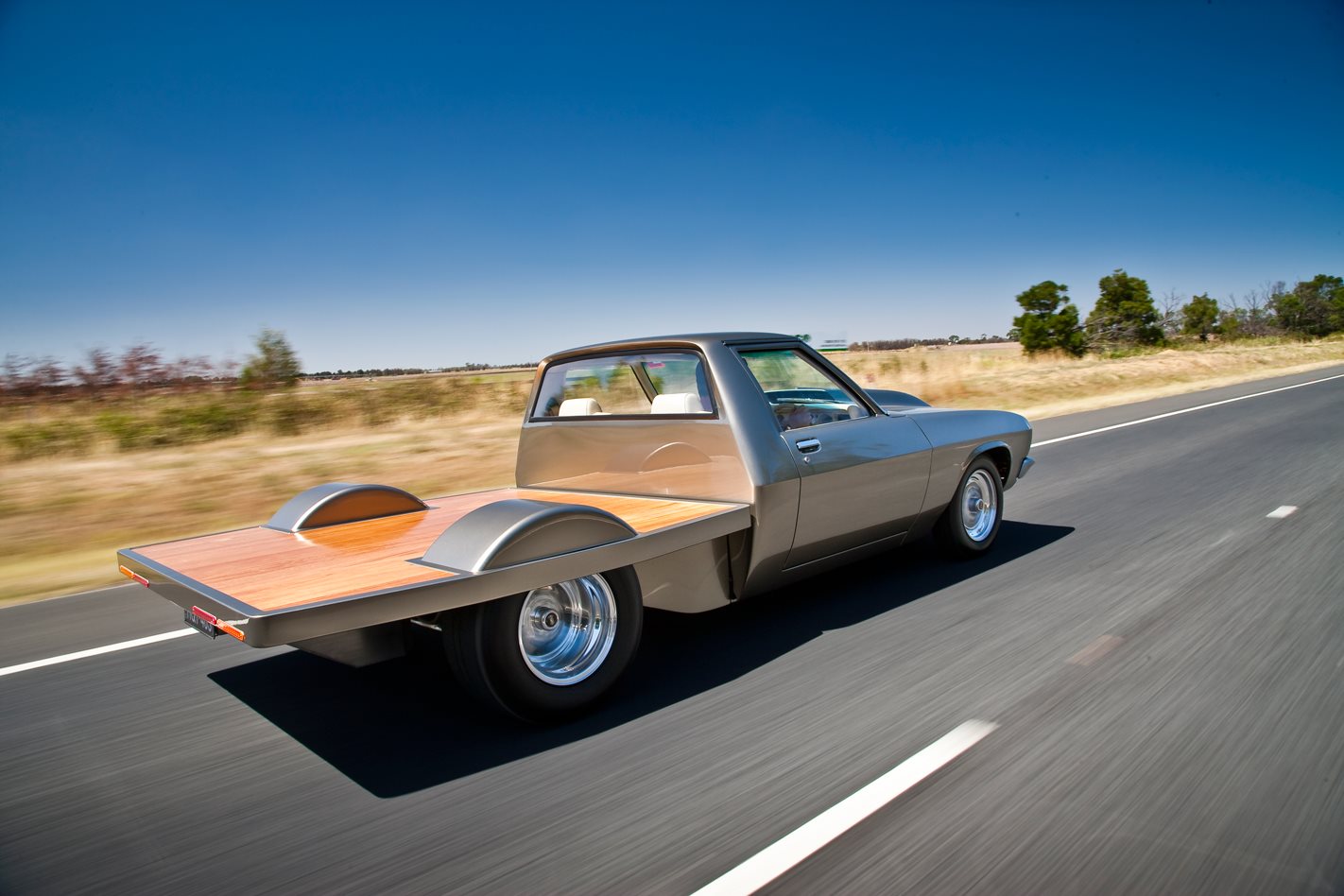 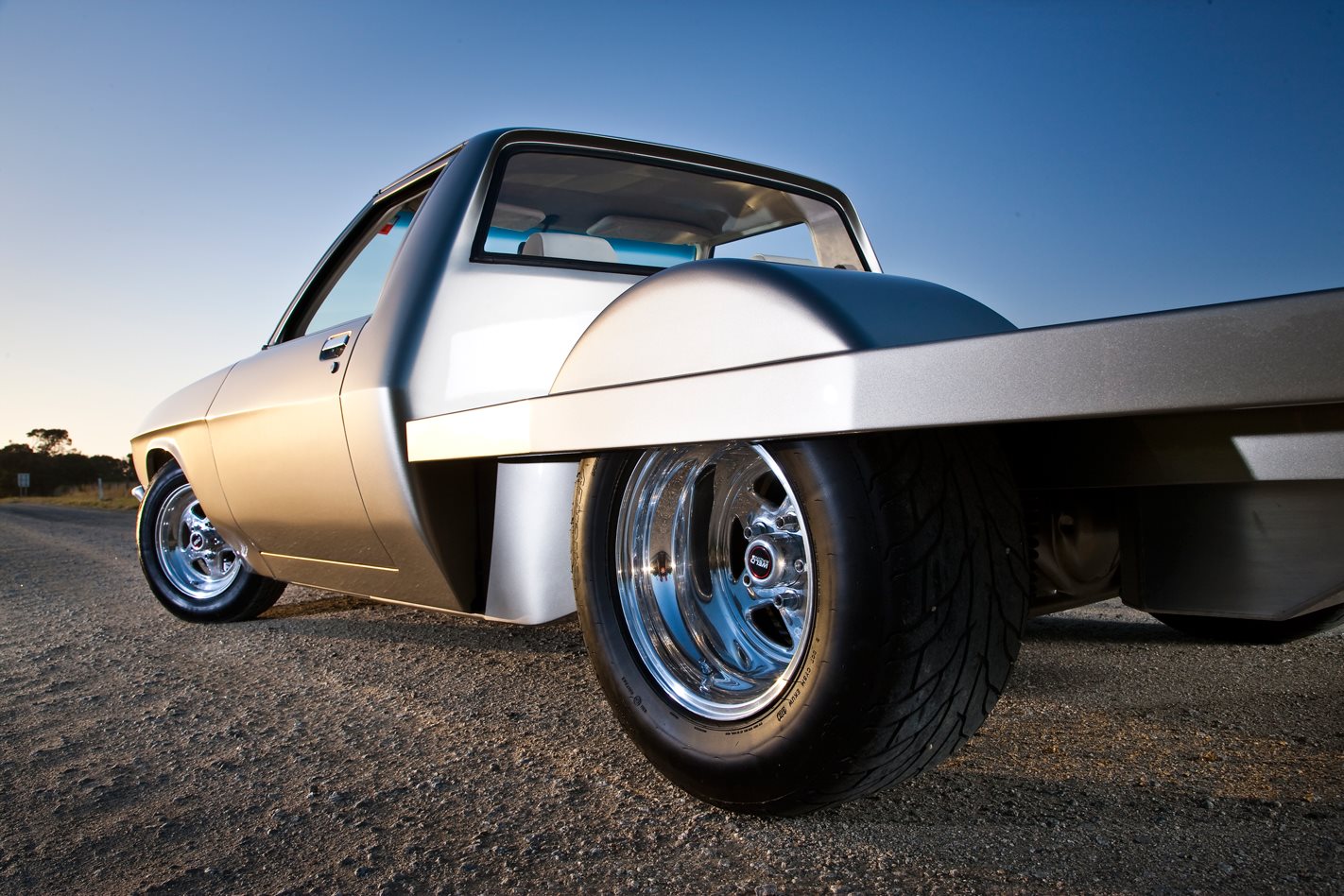 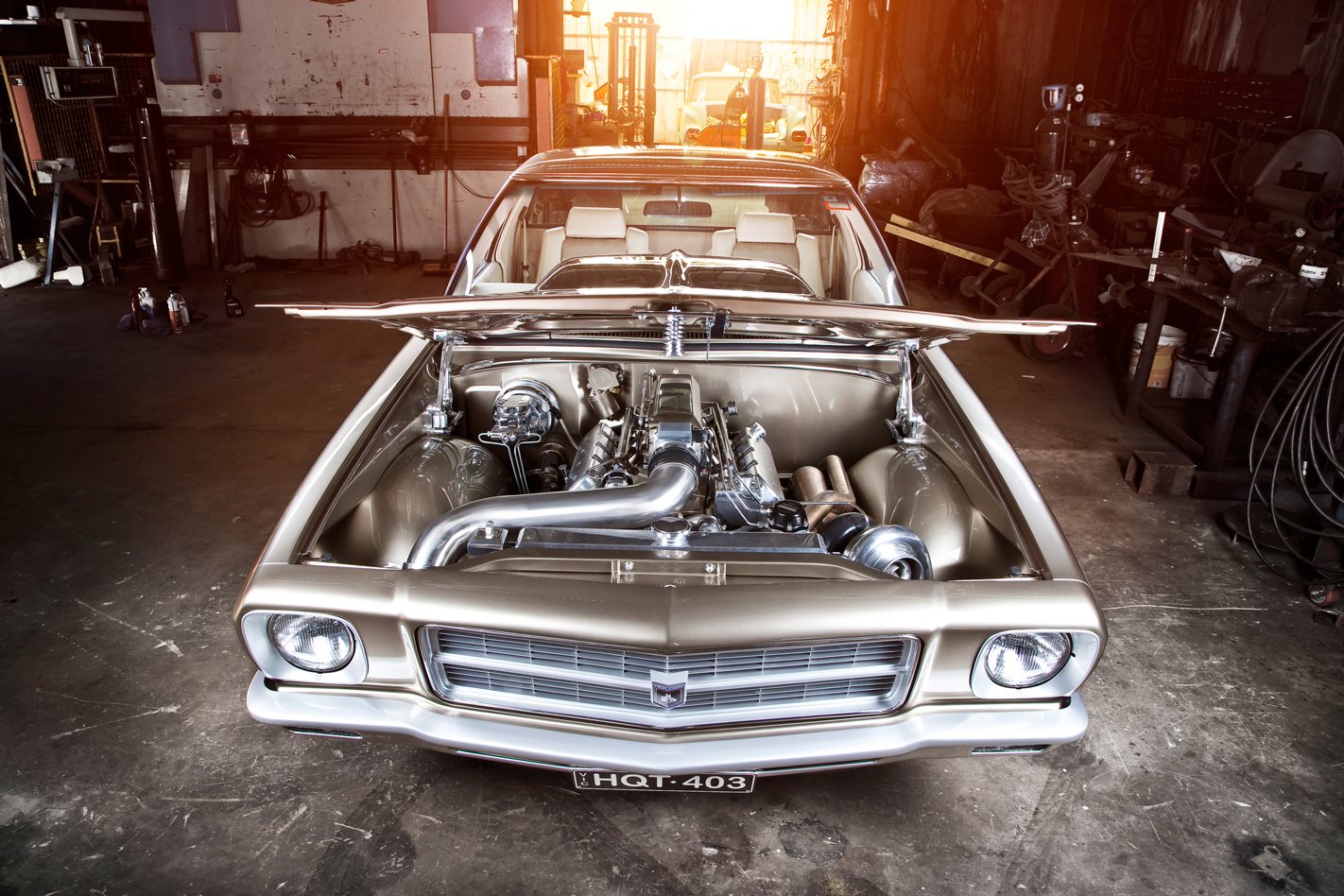 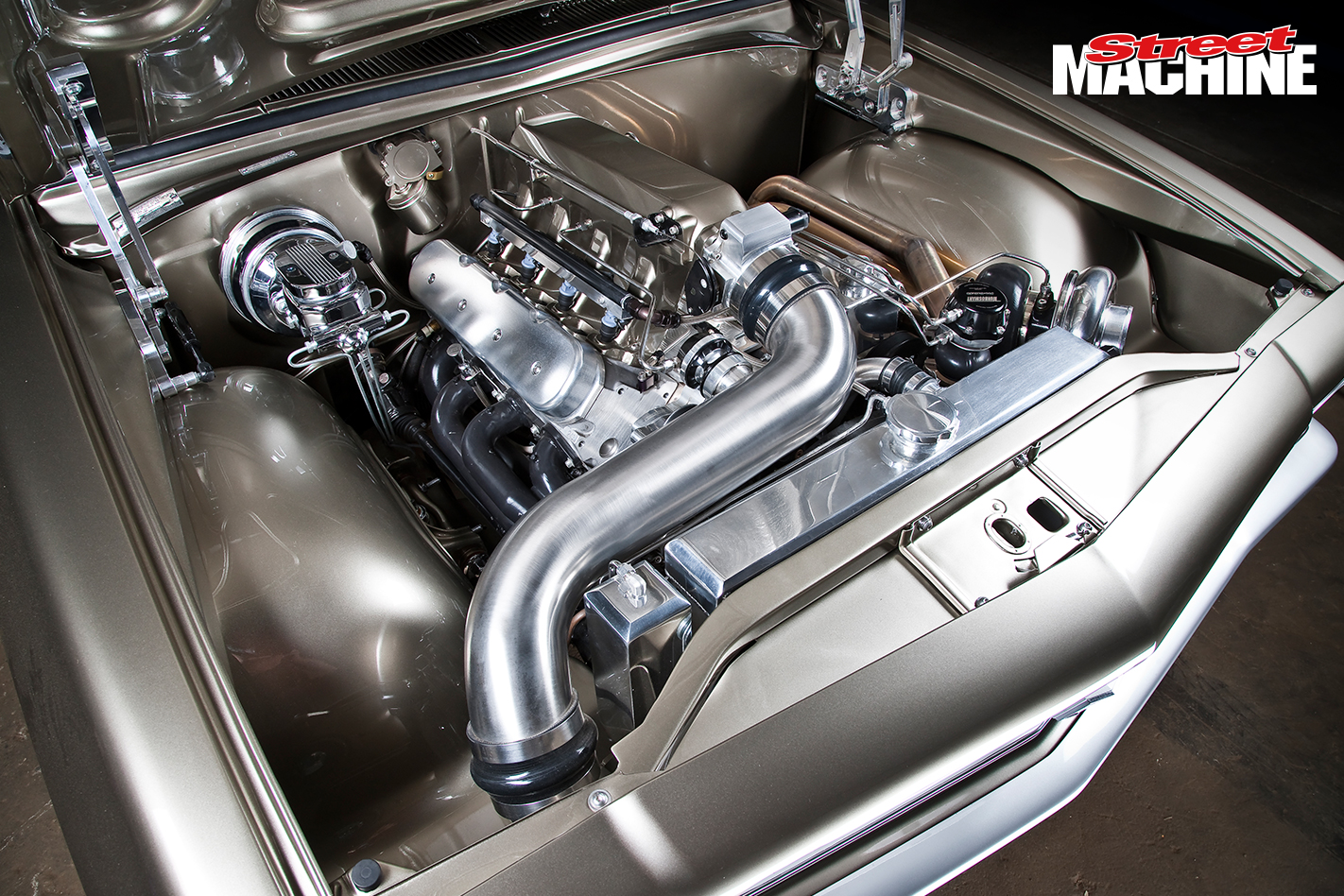 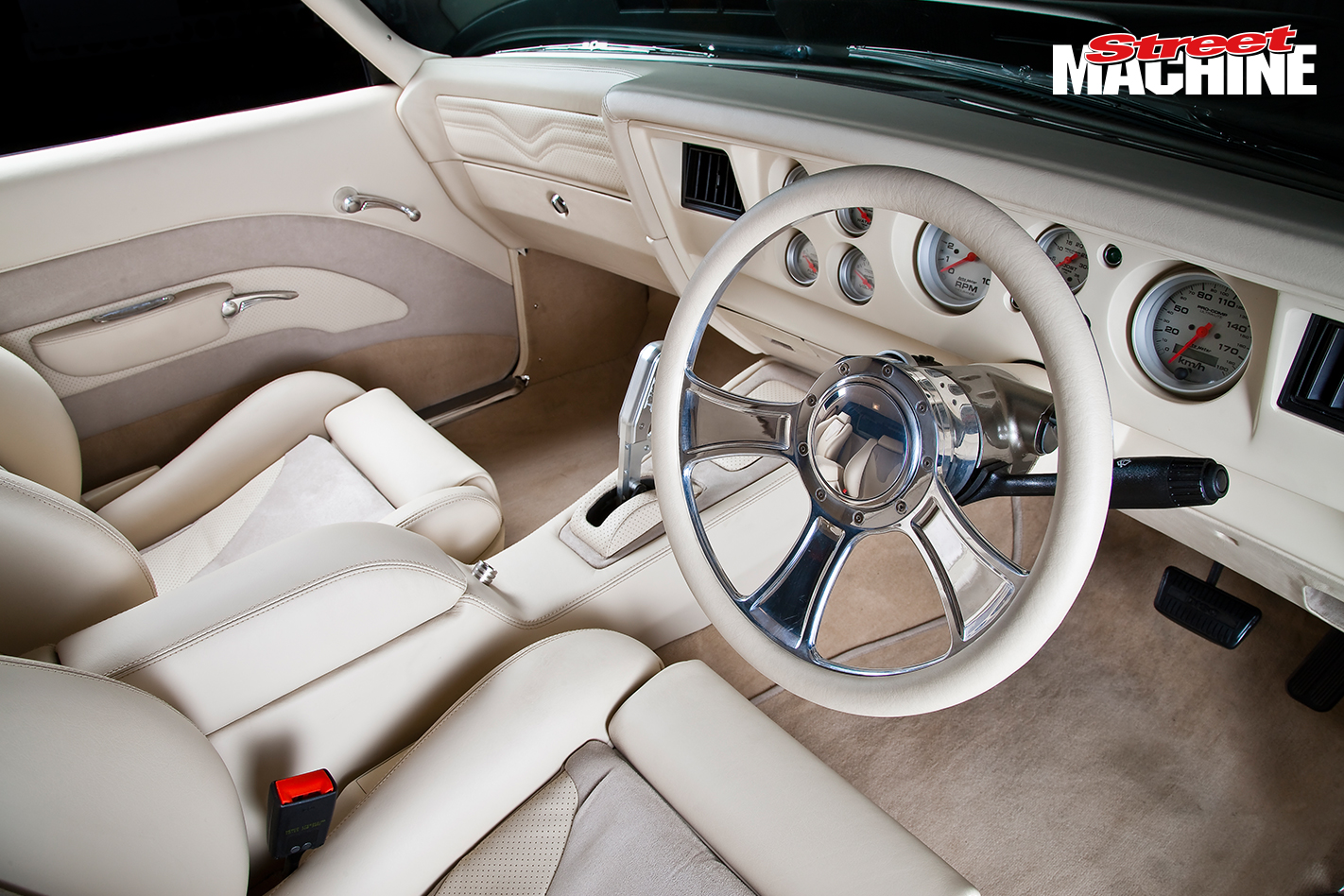