THE 2015 Detroit Autorama has been run and won, with the Chip Foose-built ’65 Impala of Don Voth taking out the highly coveted Don Ridler Memorial award.

To win the Ridler, you must first win a spot in the Great Eight – a massively difficult task in itself. To be eligible for a spot in the Eight, your car must be a brand-new debut car, never before seen in the flesh, online or in print.

This year’s Great Eight was notable for featuring more street machines than hot rods, with just two pre-’48 cars in the list. Let’s check them out:

1. Don Voth’s Imposter combines a ’65 Chev Impala with late-model Corvette underpinnings and interior. Body mods include a slight chop to the roof, a two-inch layback on the windscreen and highly massaged rear quarters. 2. Holy Mopar! Willie Maise’s ’65 Dodge Dart was built by Big Oak Garage. Under the bonnet is a blown 392 new Hemi, backed by a Tremec six-speed. Rims are one-off Schotts and paint is a mental D-BASF mix. The Dart features a tonne of small body mods and 42 one-off parts. 3. Body mods on Mustangs are fraught with danger, but Tim Palazzo’s ’69 ’Stang shows that they can work, with massively pumped guards, moulded front end and full belly pans, just for starters. Power is provided by a 572ci Kasse big-block. Underneath is a TCI chassis, with massive brakes and 20-inch Rushforth rims. 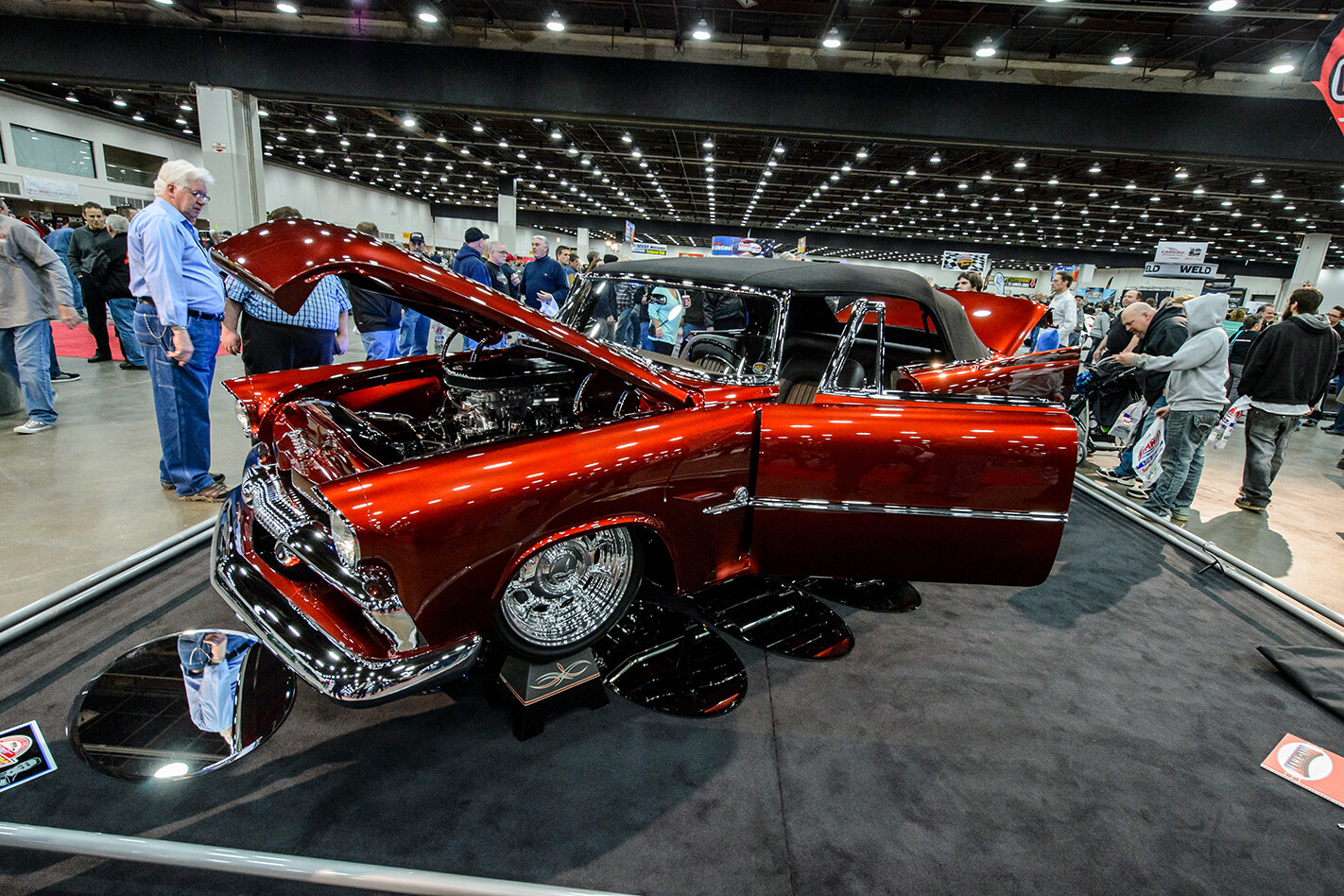 6. Mike Terzich’s latest is this nifty ’37 woody. The car sits on a Roadster Shop chassis, with one-off Billet Specialties rims. Power is provided by an EFI Roush 427ci small-block Ford. And the wood? It grows from the carbonfibre tree! 7. Al Nagele’s ’32 roadster is based on a Brookville body and was built by the Roadster Shop. Body mods include a two-inch stretched hood, sectioned and stretched cowl and frenched ’39 tail-lights. Paint was applied by Charlie Hutton himself! An LS6 running twin Edelbrock four-barrel carbs provides the power. 8. Last we have Alan Reed’s ’69 Camaro, which runs an LS3 with a Magnuson blower and 4L70E auto. Body mods include 2010 headlights and tail-lights, with shaved drip rails and flush-fitting glass. Rims are 18- and 19-inch Billet Specialties, with Nitto Invo tyres.