IT is one of Australia’s first funny cars and one of the first Toranas ever to see action in any form of motorsport – the Fould/Sebire HB Torana.

Built in the late 60s, when the only real restriction on dragster building was your imagination, the HB was created as an exhibition wheelstander but turned out to be a solid bracket runner. A fantastic paintjob and cartoon-like styling made it a crowd favourite throughout its short career.

Schoolmates Daryl Foulds and Ray Sebire were 18-year-olds earning a crust at Daryl’s dad’s Mentone Motors Holden dealership when they decided to build a drag car.

“It all started around a porous 186 block that had been replaced under warranty,” Daryl explains. “We decided we had to do something with it and figured a drag car was the way to go. We made some chalk marks on the ground and worked out a wheelbase based on the then-new HB Torana. We were just kids,” he laughs, “we had no idea what we were doing and just made it up as we went along.”

Through the dealership they scored enough spankers panels to build a steel HB shell that flipped up Funny Car style for engine access, pre-dating the official class by years.

The triangulated tube-steel chassis was fitted with a Bob Skoglund torsion-bar front end and straight axle set-up, while a standard width Holden diff served as the rear chassis member. Wheels were skinny 14in Skoglund wires up front and cube-like 13x10 Skoglund alloys wearing meaty Firestones on the rear.

The donk was the ex-warranty 186 red Holden six, fitted with a Perfectune stage III head, triple SUs and a full-race Thomas cam, backed by a Holden three-speed coupled directly to a 3.55 Holden LSD. The driveline was set well back to help with weight transfer — Daryl got seated in the car by climbing over the boot and through where the rear screen would normally be. Extractors were made by Chris Farrell who also braced the bodyshell and fabricated the neat interior alloy panelling. A four-point rollcage was fitted, along with clutch and diff scattershields and some stumpy wheelie bars to keep the exhibition runs under control.

The psychedelic paintjob was a mix of white, fogged over with Monza Blue and bright green and finished with an orange stripe down the centre of the roof. Mean blackouts front and rear gave it attitude and helped to seal its identity.

Christened as the emphasised Thee Torana, times were respectable and it would wheelstand easily but popping the front and running in the Altered class meant that the wires had to go. They were replaced by stronger Skoglund five-spokes. There were some pretty wild drag cars getting around at the time but Thee Torana was in a class of its own. There were, however, even better things to come.

“We’d become friends with Dave Bennett of Perfectune,” Ray says. “His help was invaluable and a great influence on the car’s success.” That influence and some early wins led to the six being replaced by a 327 Chev, Powerglide and Salisbury diff from an ex-London to Sydney Monaro.

Wearing Perfectune-sponsorship and renamed Head Hunter, the HB returned to the strip and times improved to an 11.29@123mph best. Wins at Calder and in the Open Division at the 1970 Mr Holden Eliminator at Sydney were highlights in a career that also included regular stoushes with the Martin/Miles/Wileman Shaker and Graham Rose Spoiler Monaro Funny Cars. “Those cars had a heap more horsepower but the Torana had the reliability,” Ray says.

“We had our own challenges — we had converter issues at the 1970 Mr Holden meet, and Daryl got through the rounds by revving it to 7000rpm in neutral whilst staged, dropping it into gear and then just hanging on for the ride.”

The quest for quicker times saw the Torana shell replaced by a ’glass T-bucket in late 1970. This lighter format helped bring times down to a 10.89 but with just shy of three years racing under its belt, the chassis was retired and its ultimate fate is unknown. “The Torana shell was sold quickly to a guy who planned to use it for some sort of circuit or drag racing application but that was the last we ever saw of it,” Daryl says.

“The T-bucket and chassis were sold to the Thompson Brothers in Shepparton,” Ray continues, “but they disappeared soon after too.”

Daryl Foulds is long retired from racing and spends his days as a video producer and script writer. “We had a lot of fun with that car. It looked great, went well and won everything that we hoped to achieve with it.”

STILL IN THE GAME

But Ray Sebire has remained involved in the performance car scene, spending many years at both Dyno Dynamics and Dynomotive in Victoria. He’s currently building a Torana hatch powered by a Commodore 6.0-litre and his son Adam is building a twin-turbo V6 VN. “Adam’s a skilled fitter and machinist and is building a hybrid engine using an early block mated to later model heads. We’ve had to make a custom inlet manifold and had a special cam sorted to make it all work but it should be a great package once it’s done.”

Even with another 40 years under his belt, Ray still has fond memories of racing the HB. “We made lifelong friends and had a ball. We’d go and hire Calder from Mrs Pascoe for a day’s testing and it’d cost us $10! No ambulance, no safety crew, just lock the gate and drop the key back once you’re done. It seems crazy now but was just how it was.”

Thee Torana/Head Hunter is the perfect example of when imagination determined the build of a race car, rather than the clone-producing rules that stifle the individuality of modern day drag cars and circuit racers. With a few HB Toranas still floating around and pulling far less coin than their LC and LJ brethren, maybe someone will get that gooey feeling and step up to replicate a racing icon. 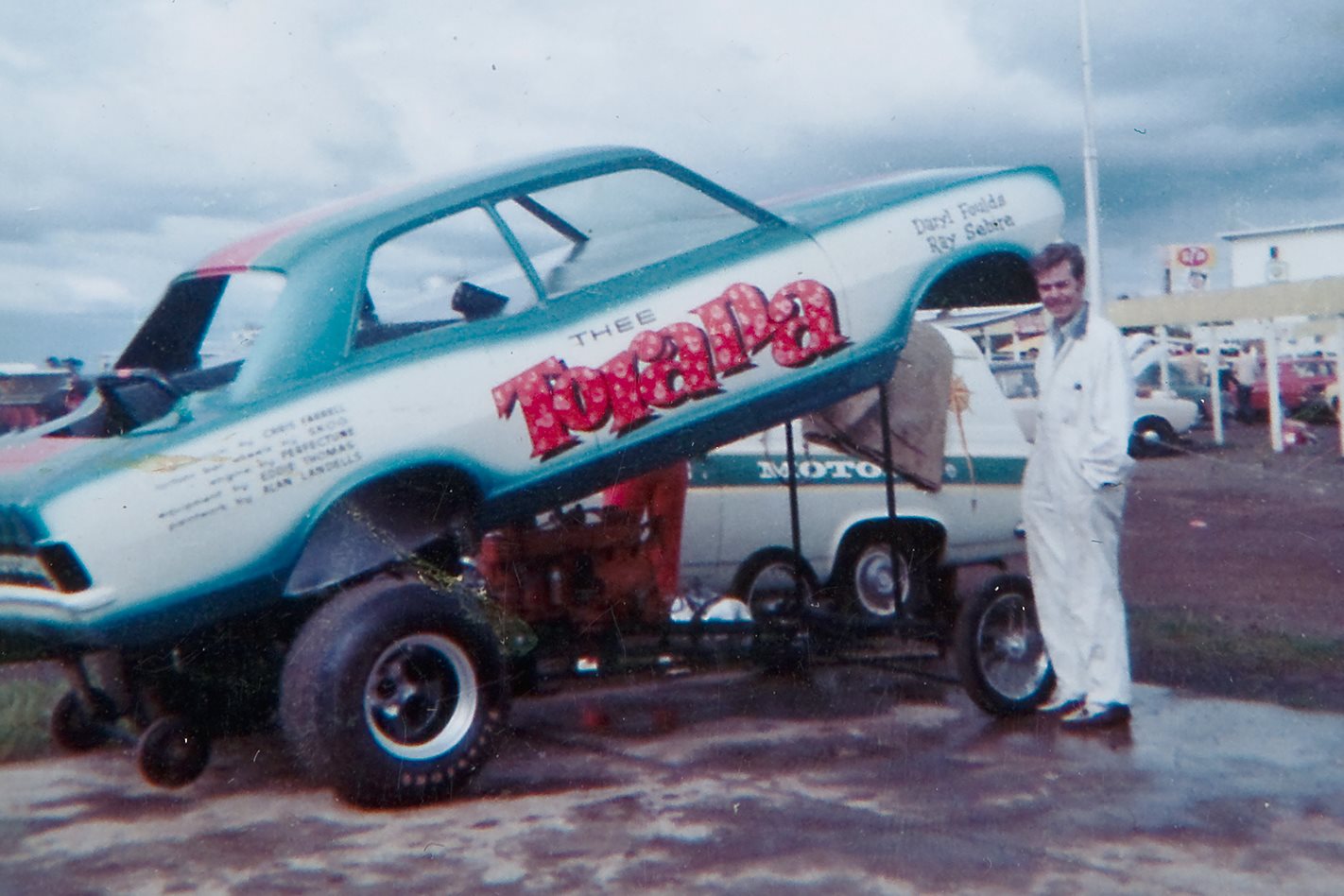 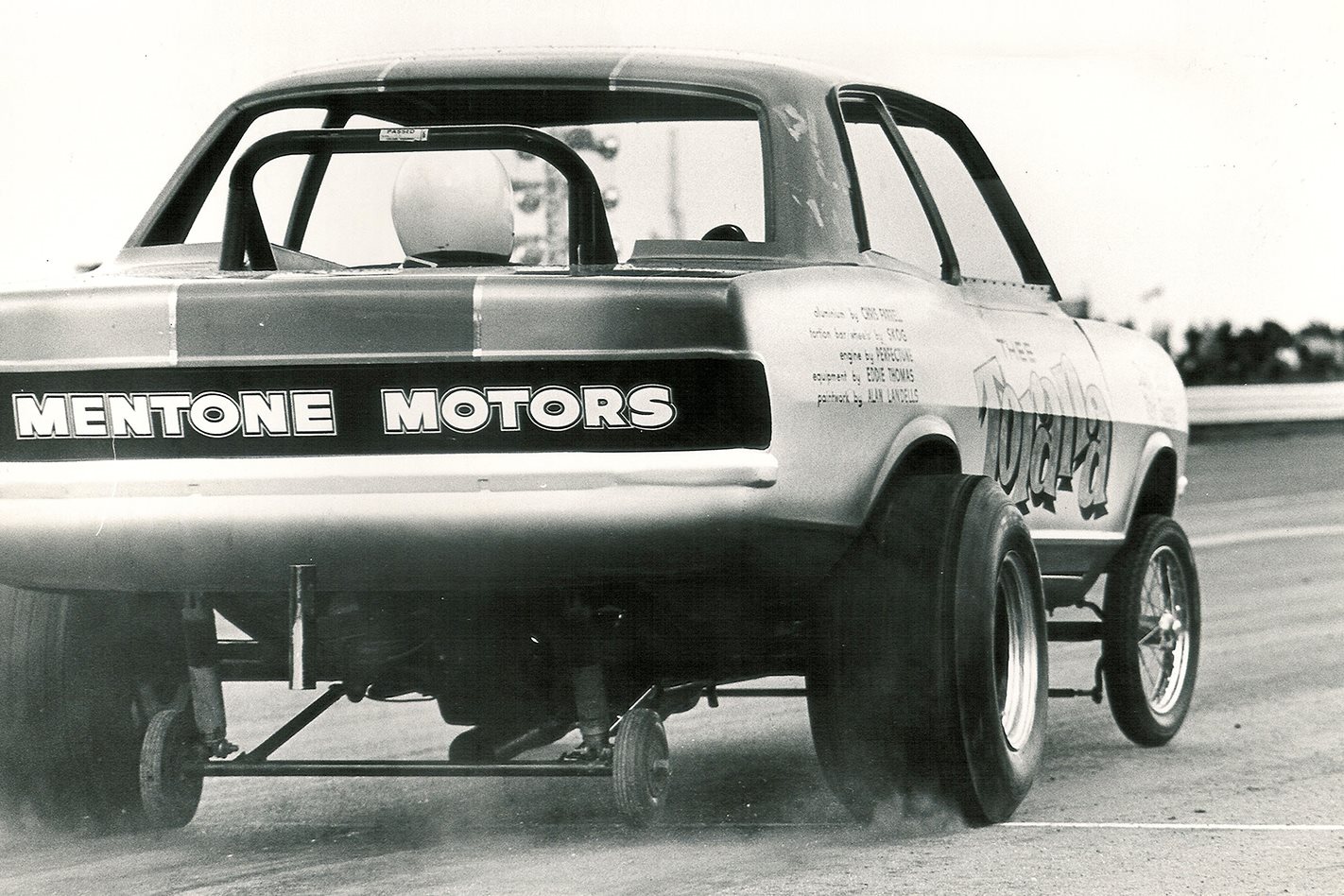 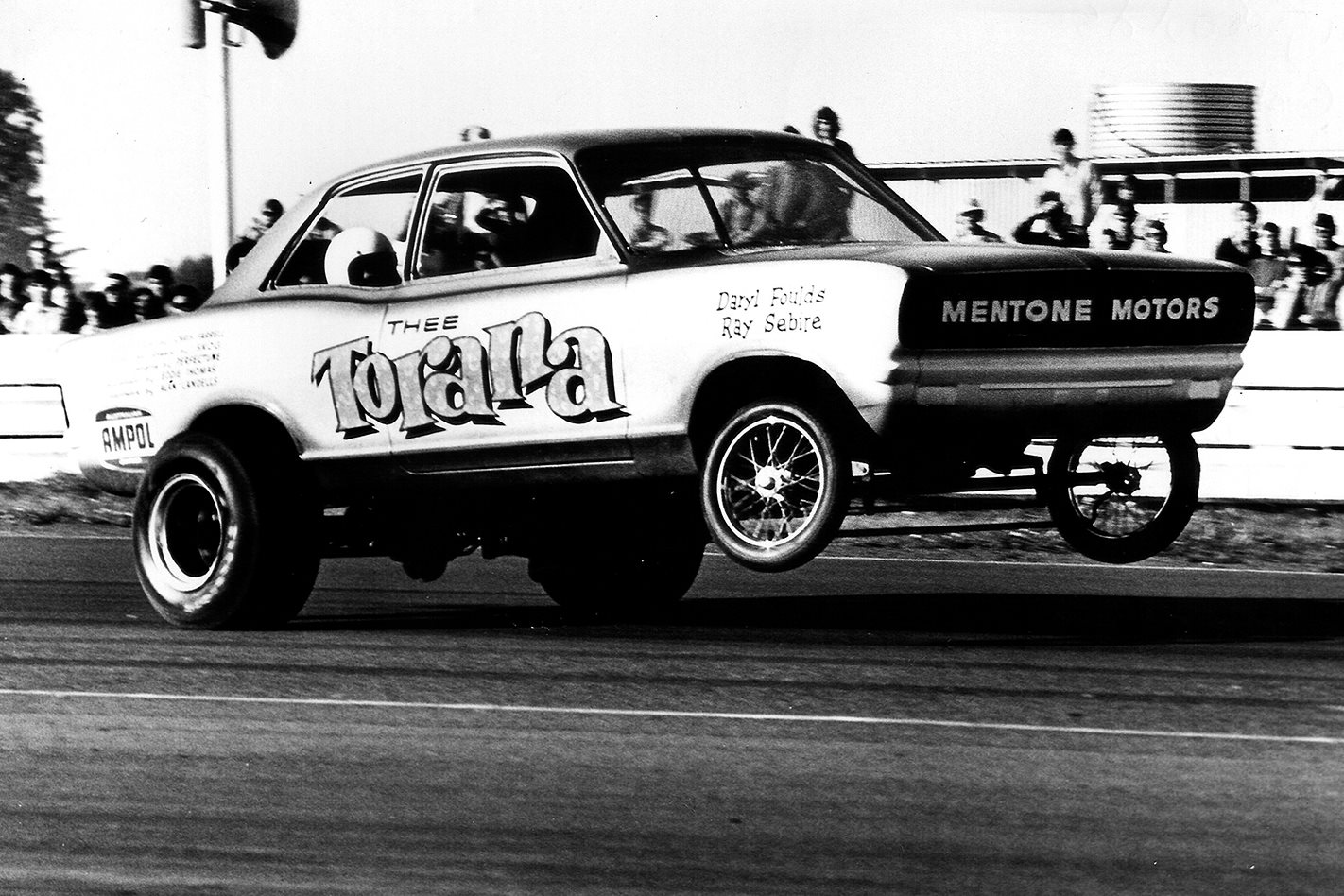 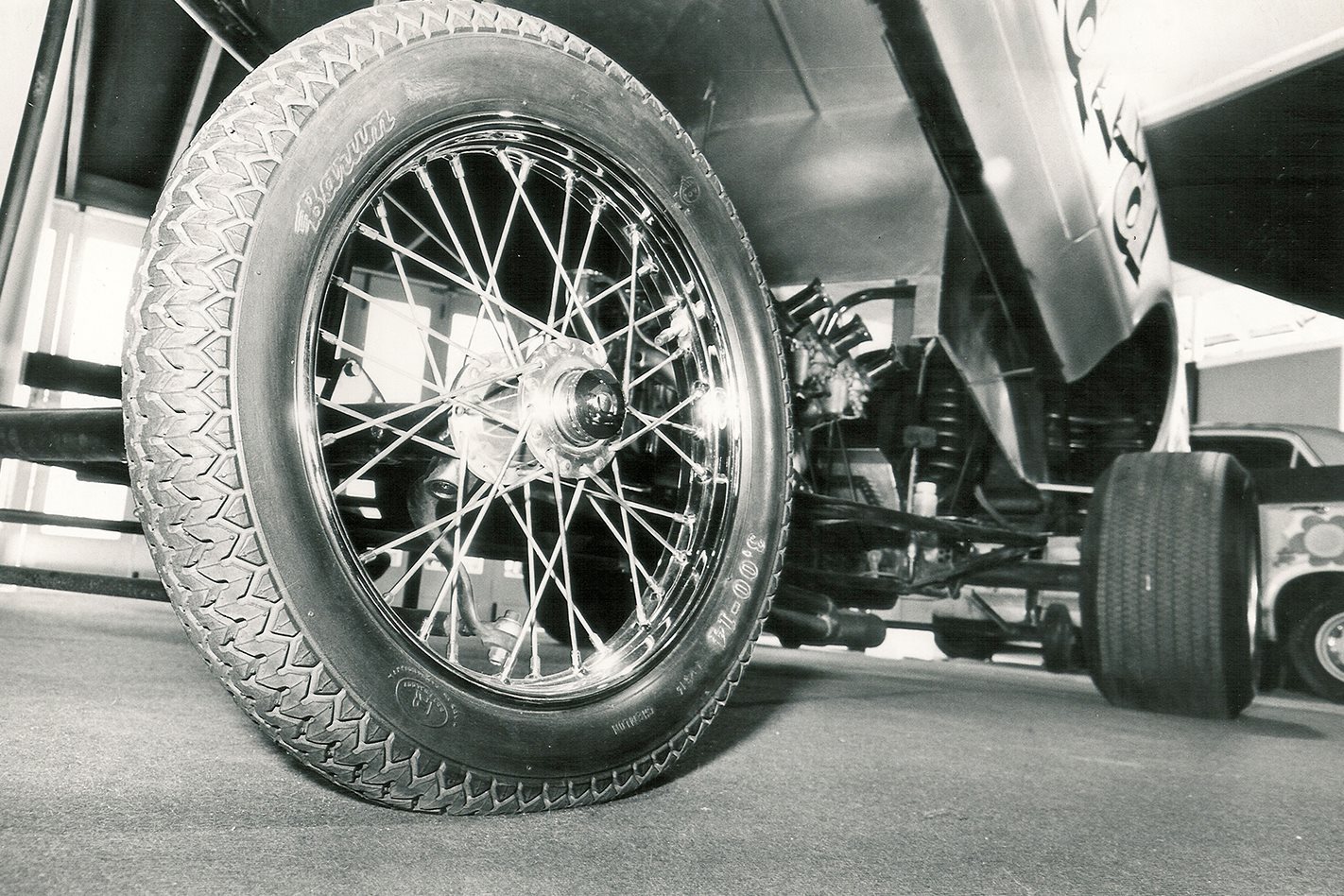 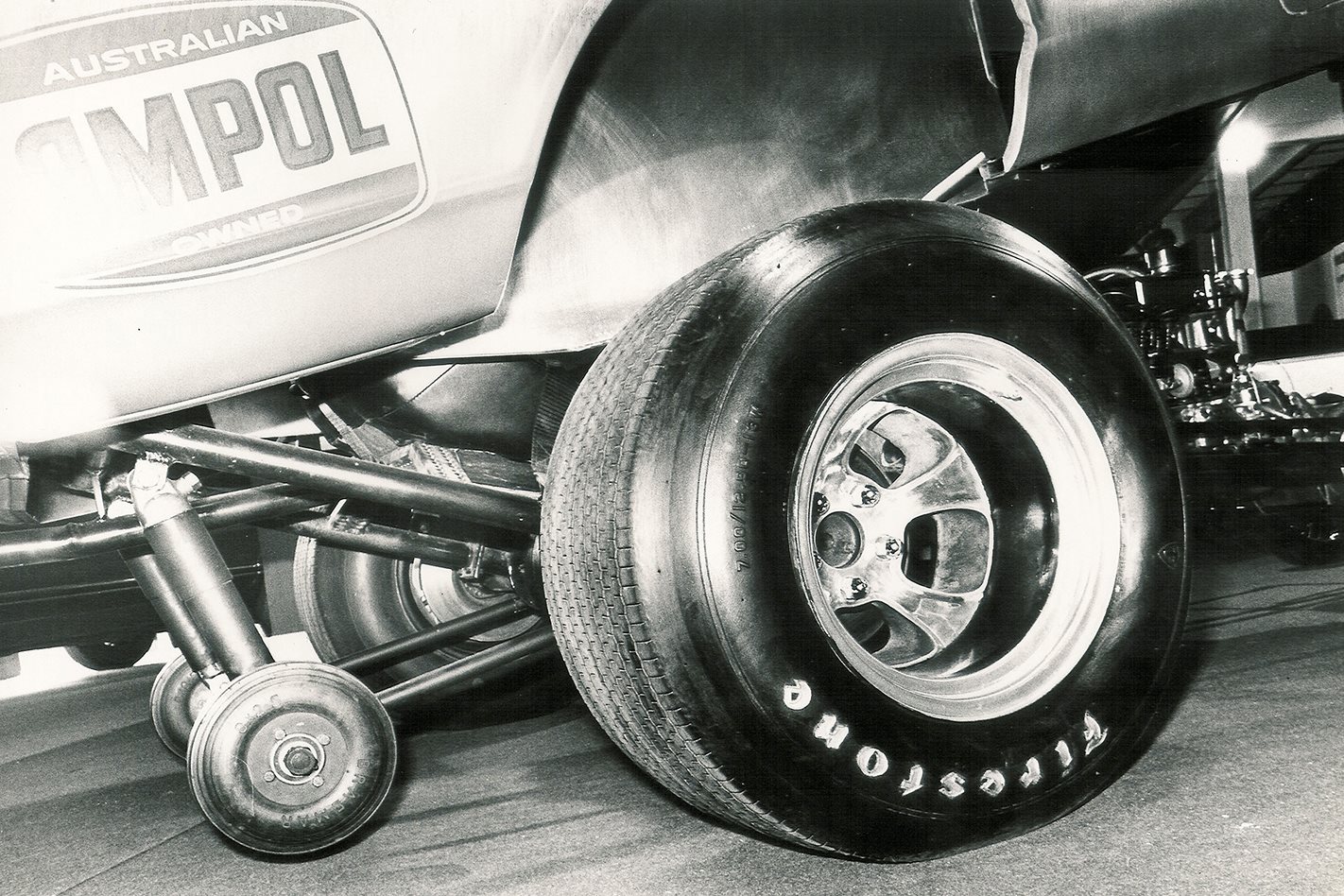 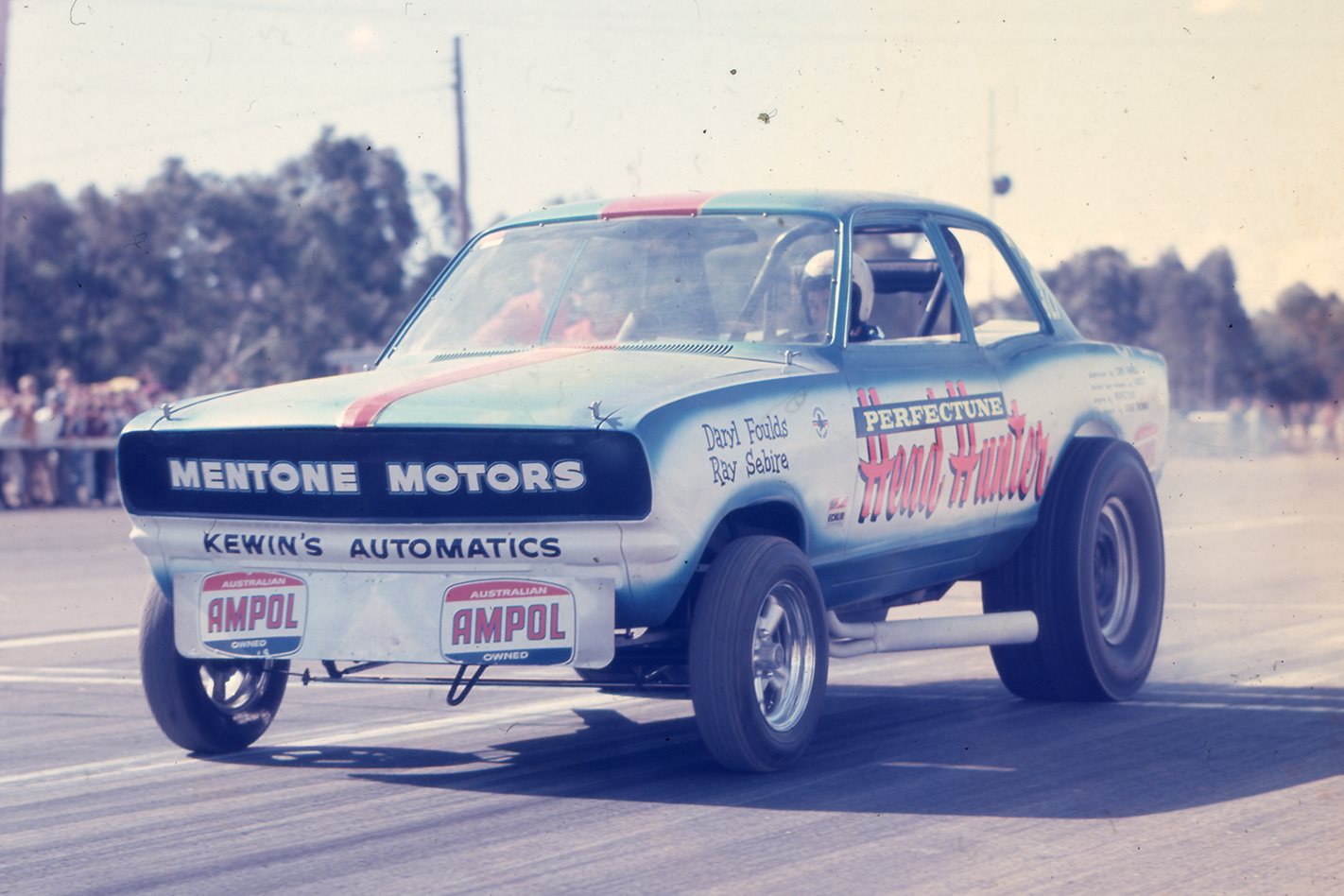 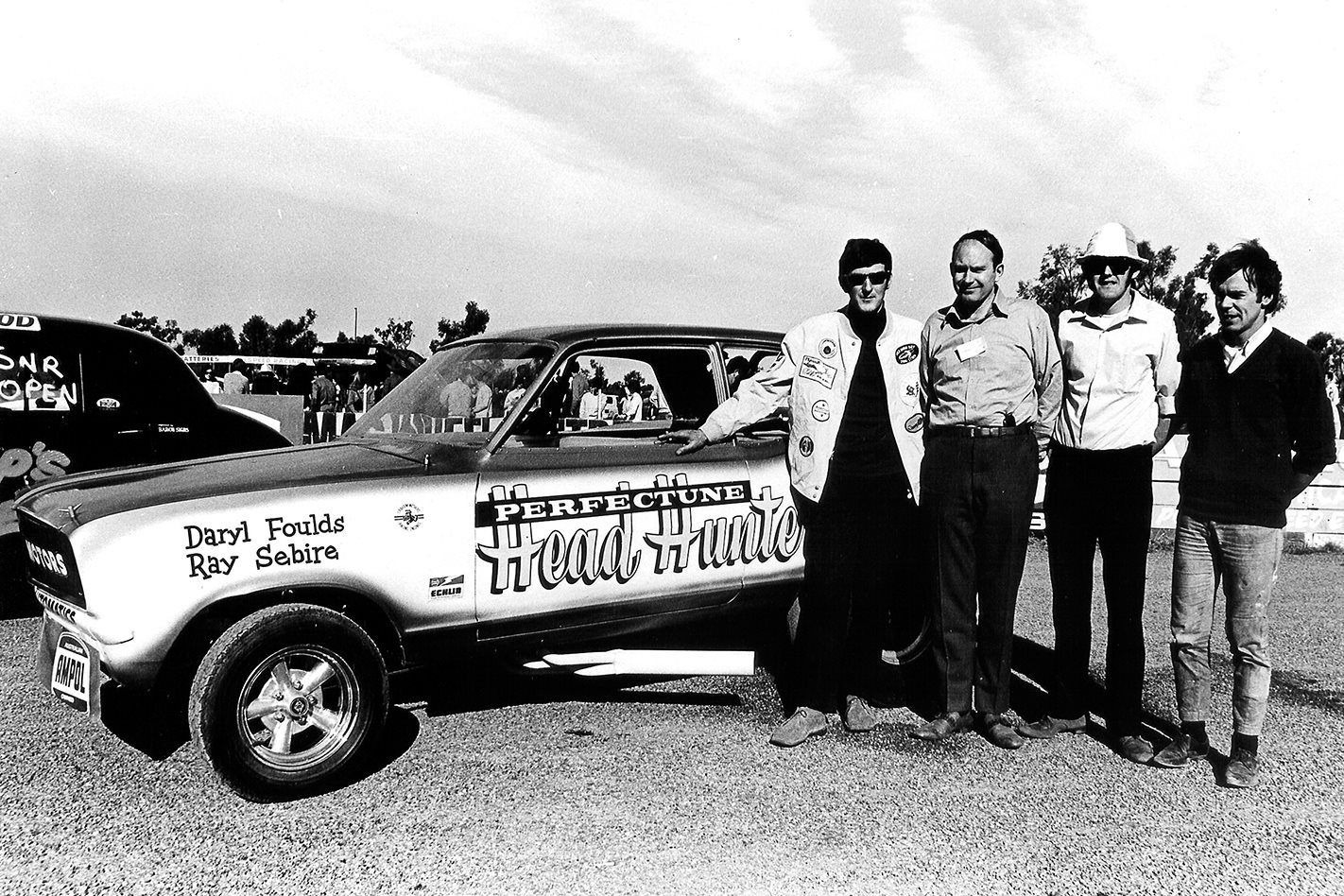 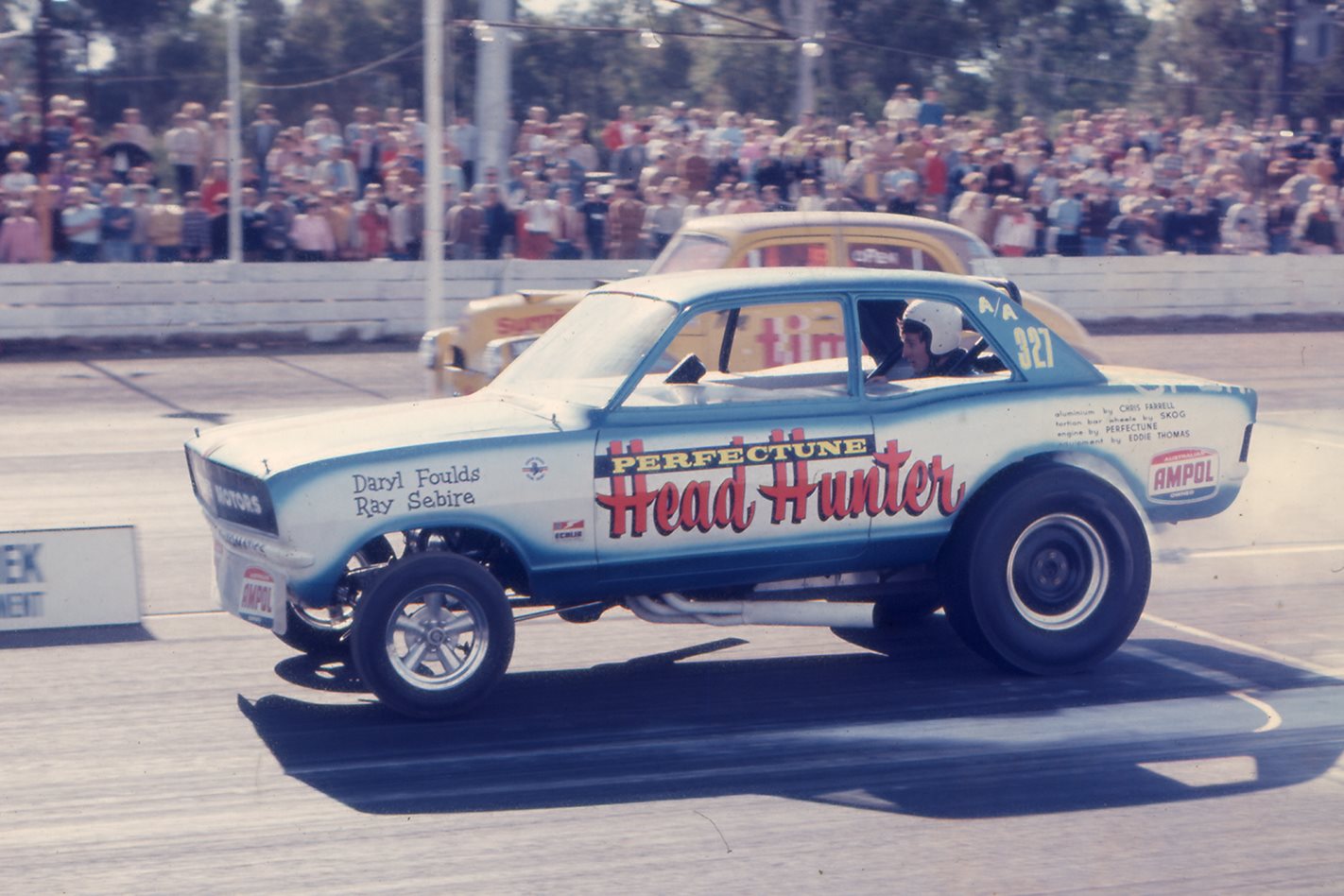 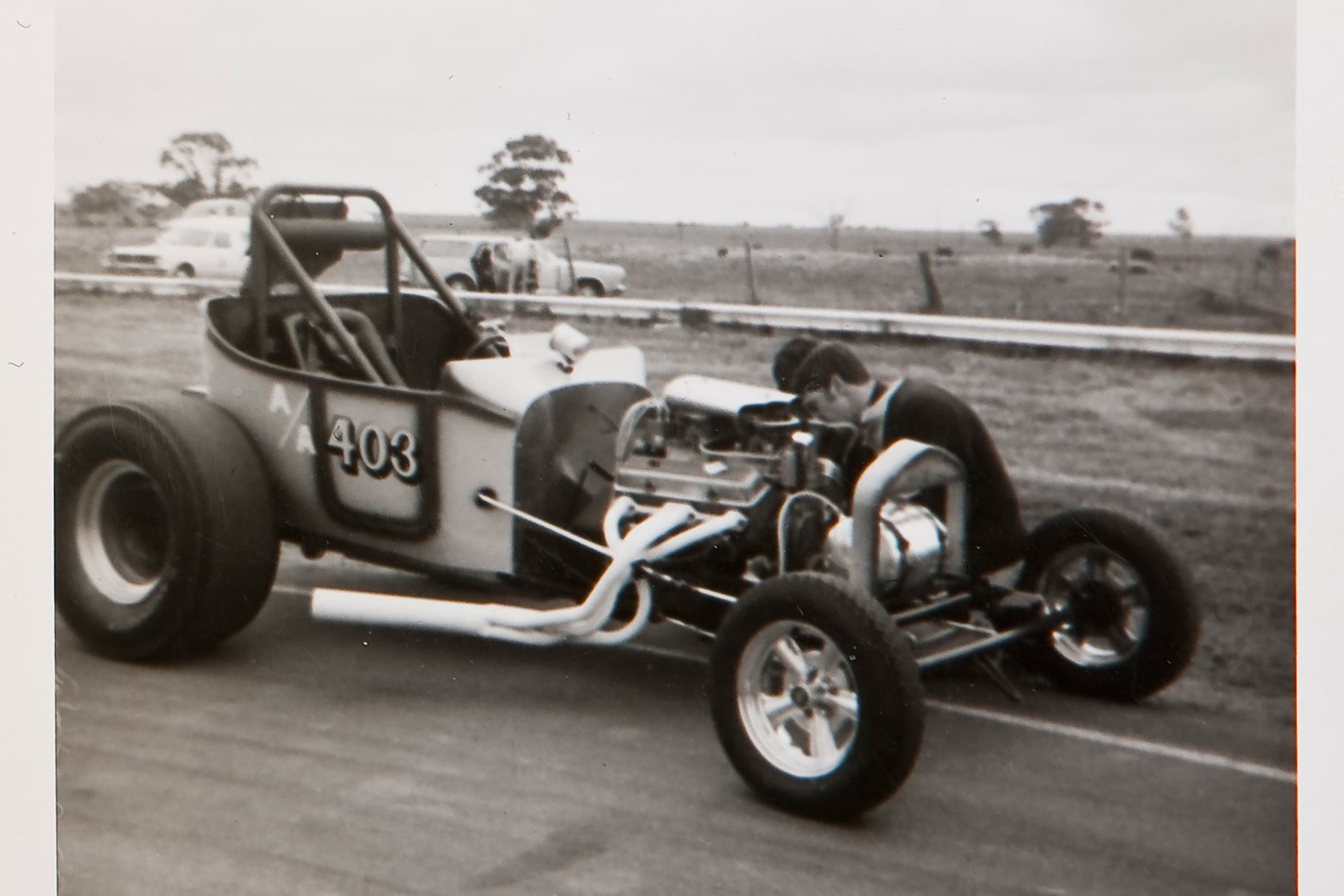 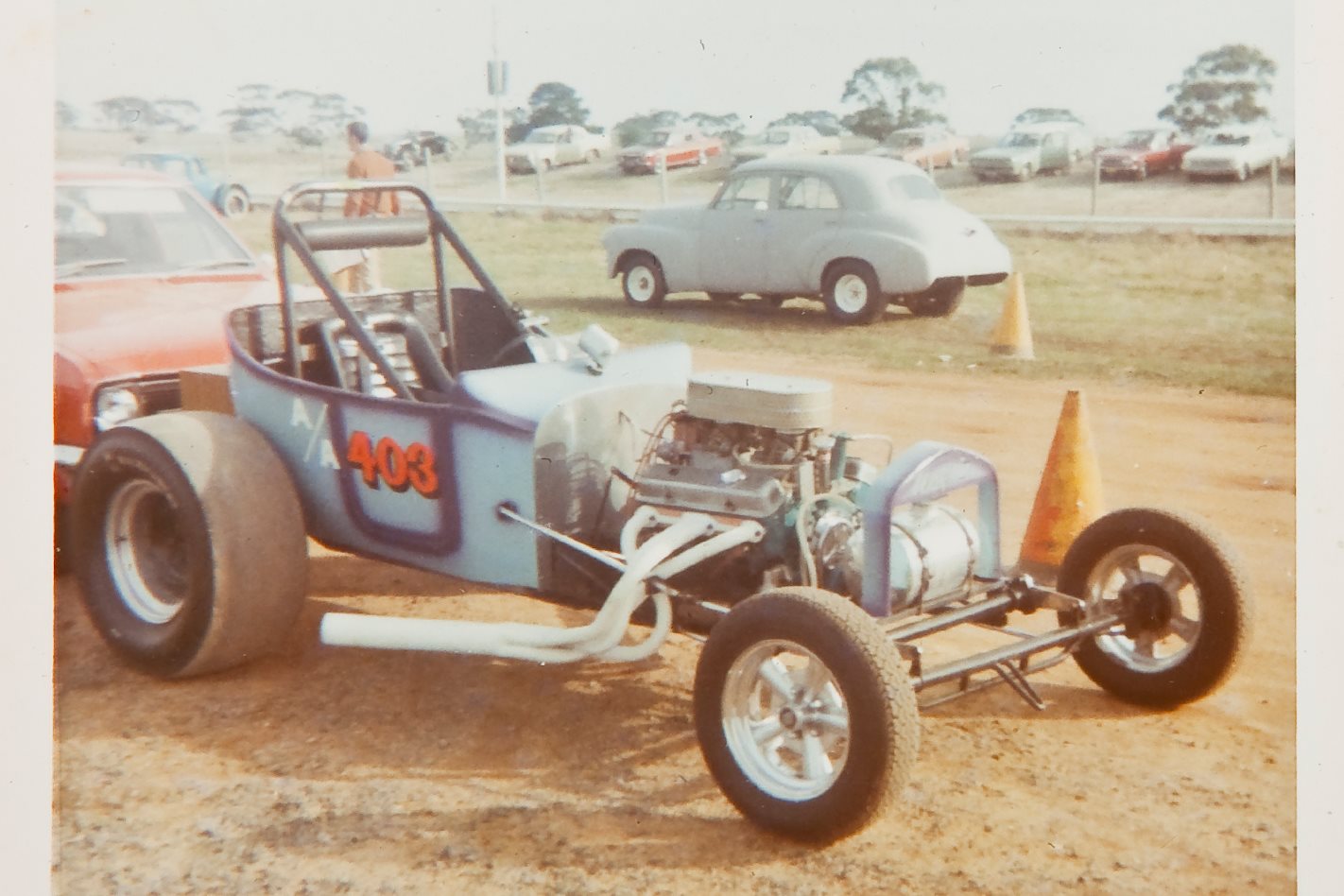 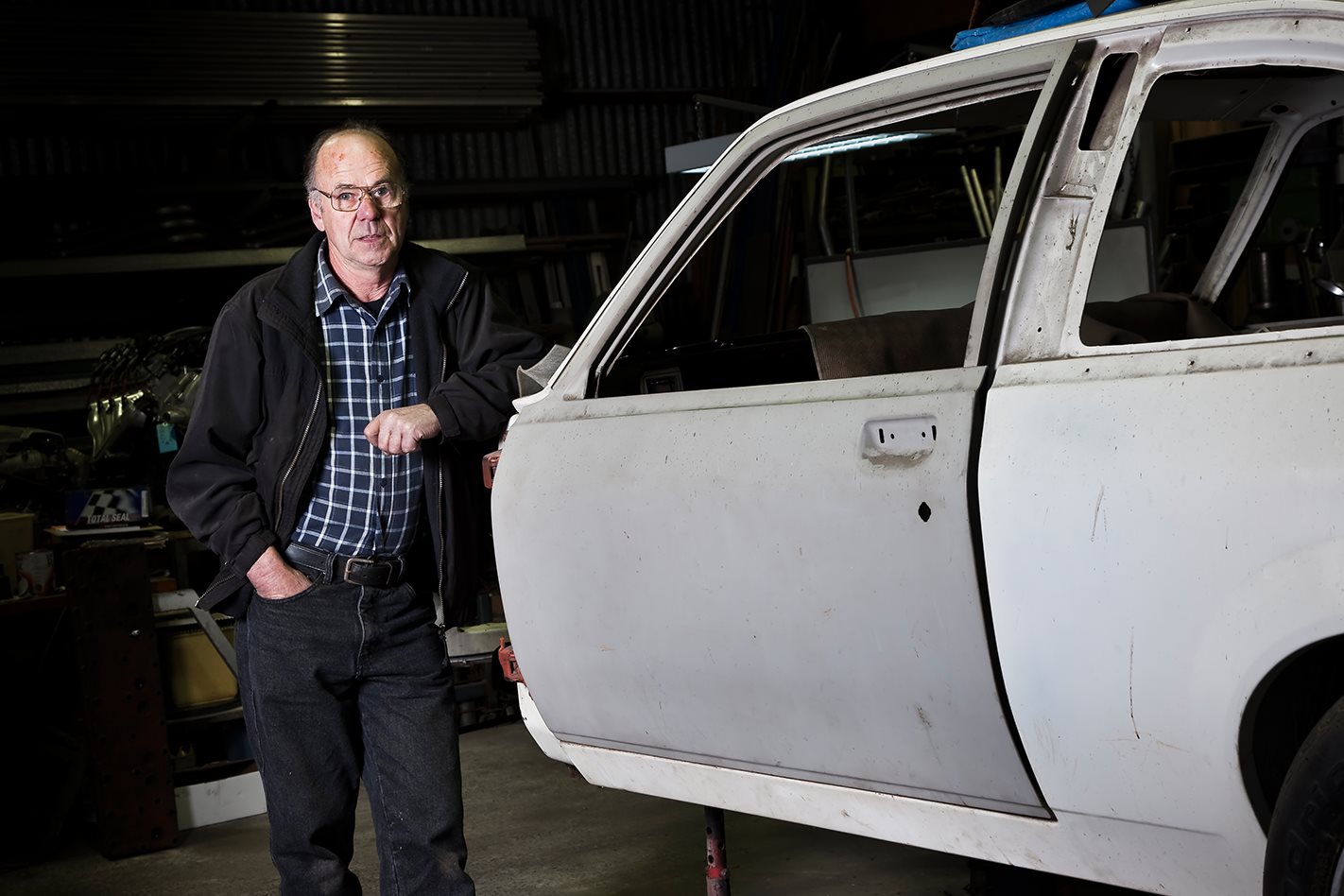 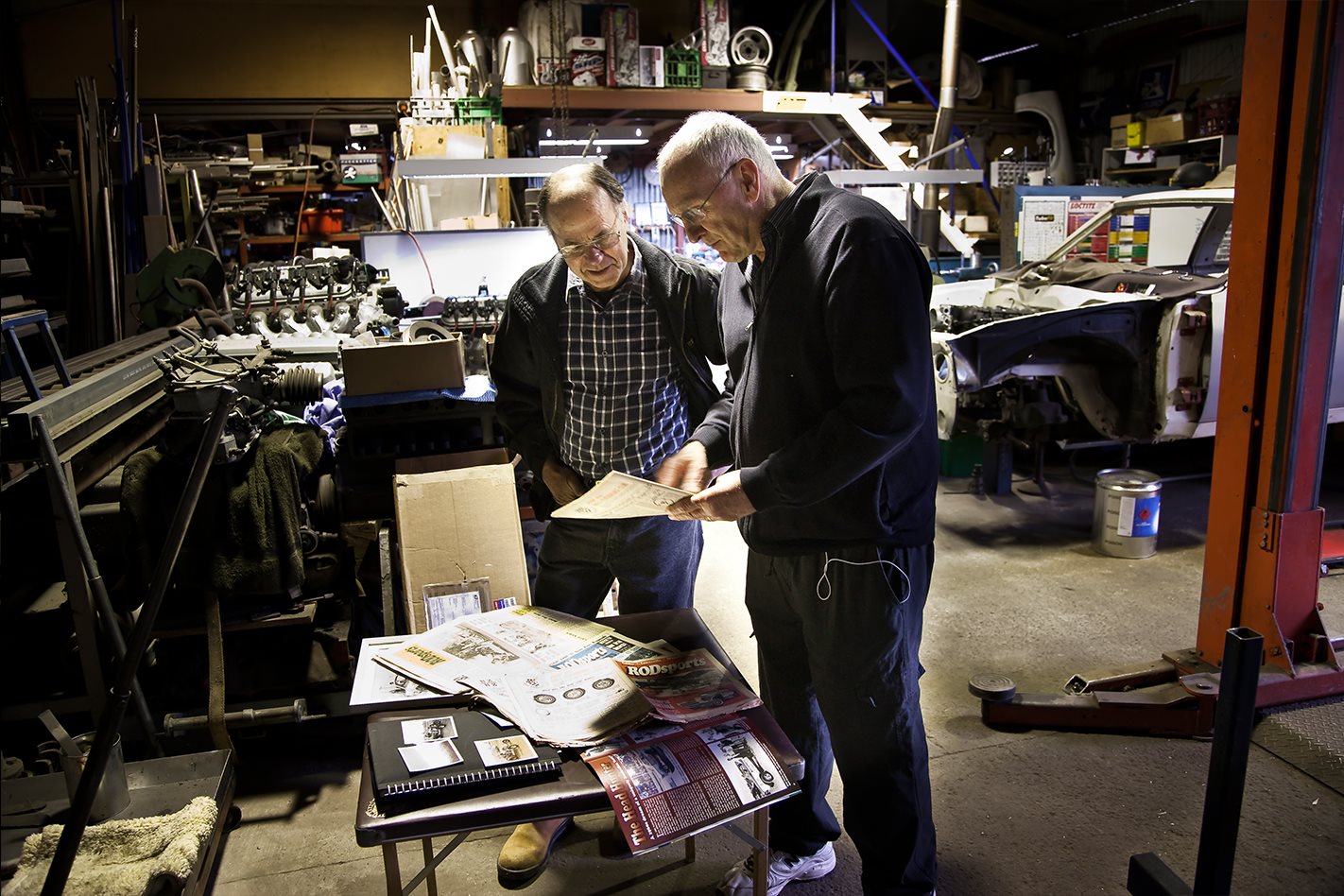 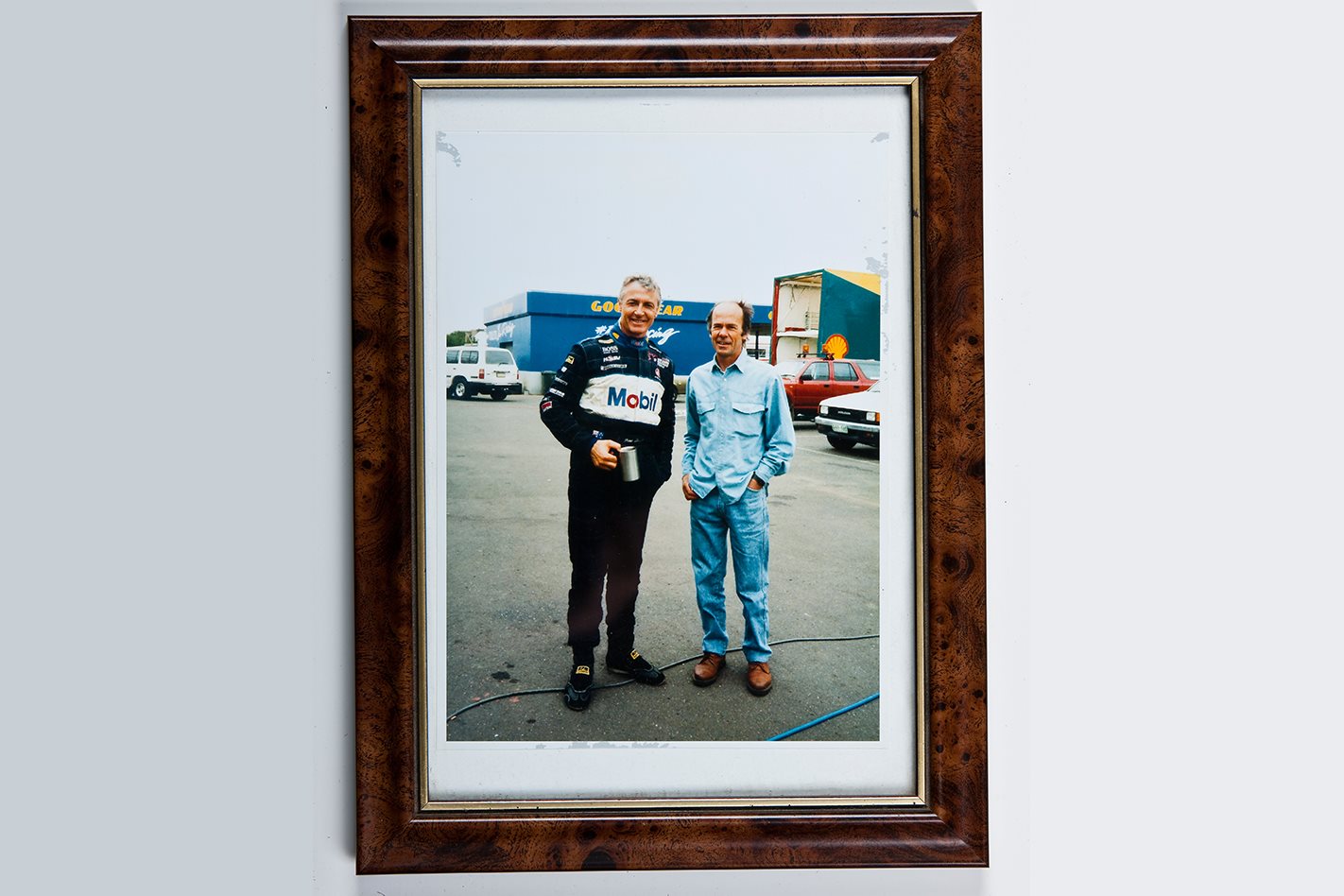 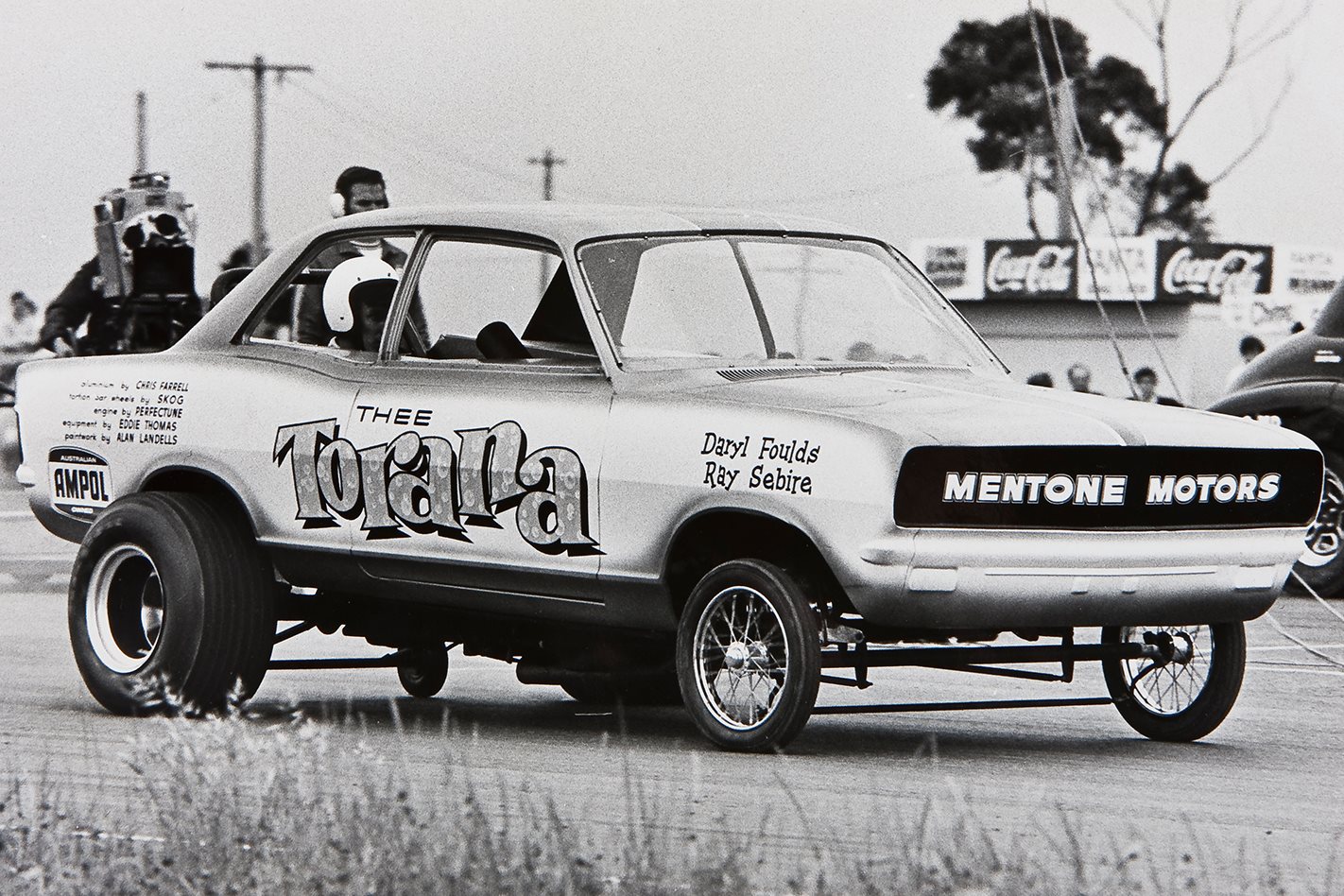 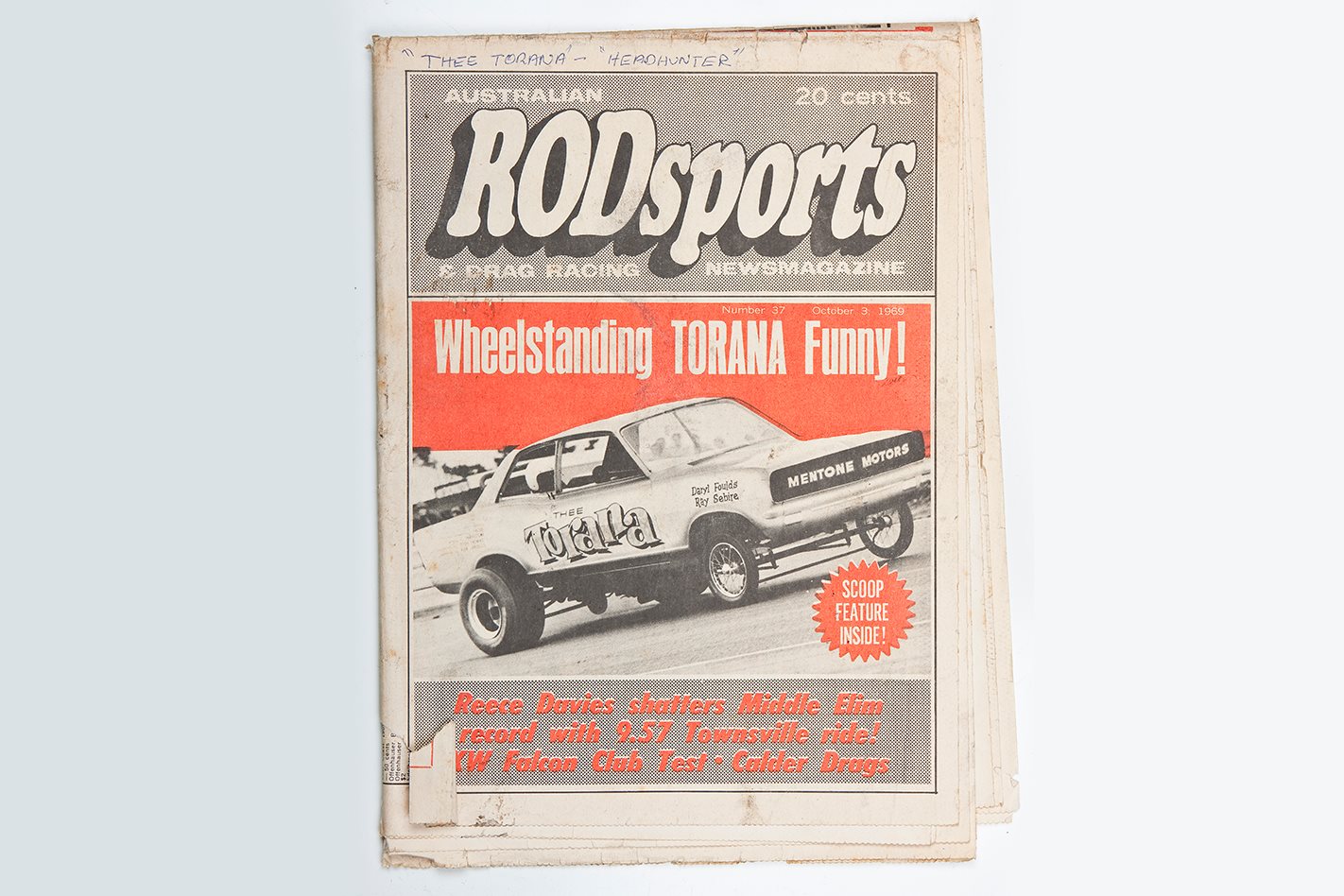 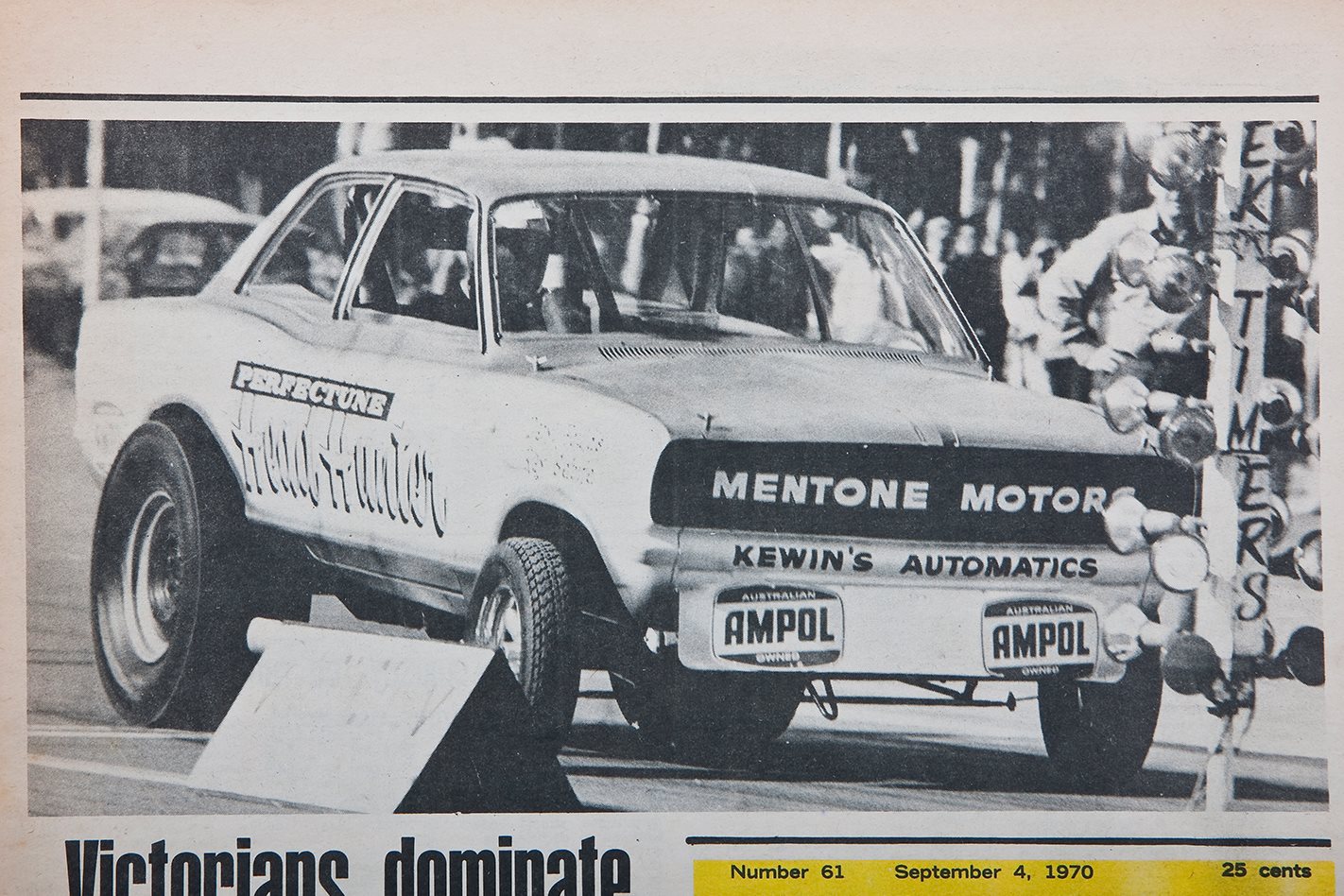 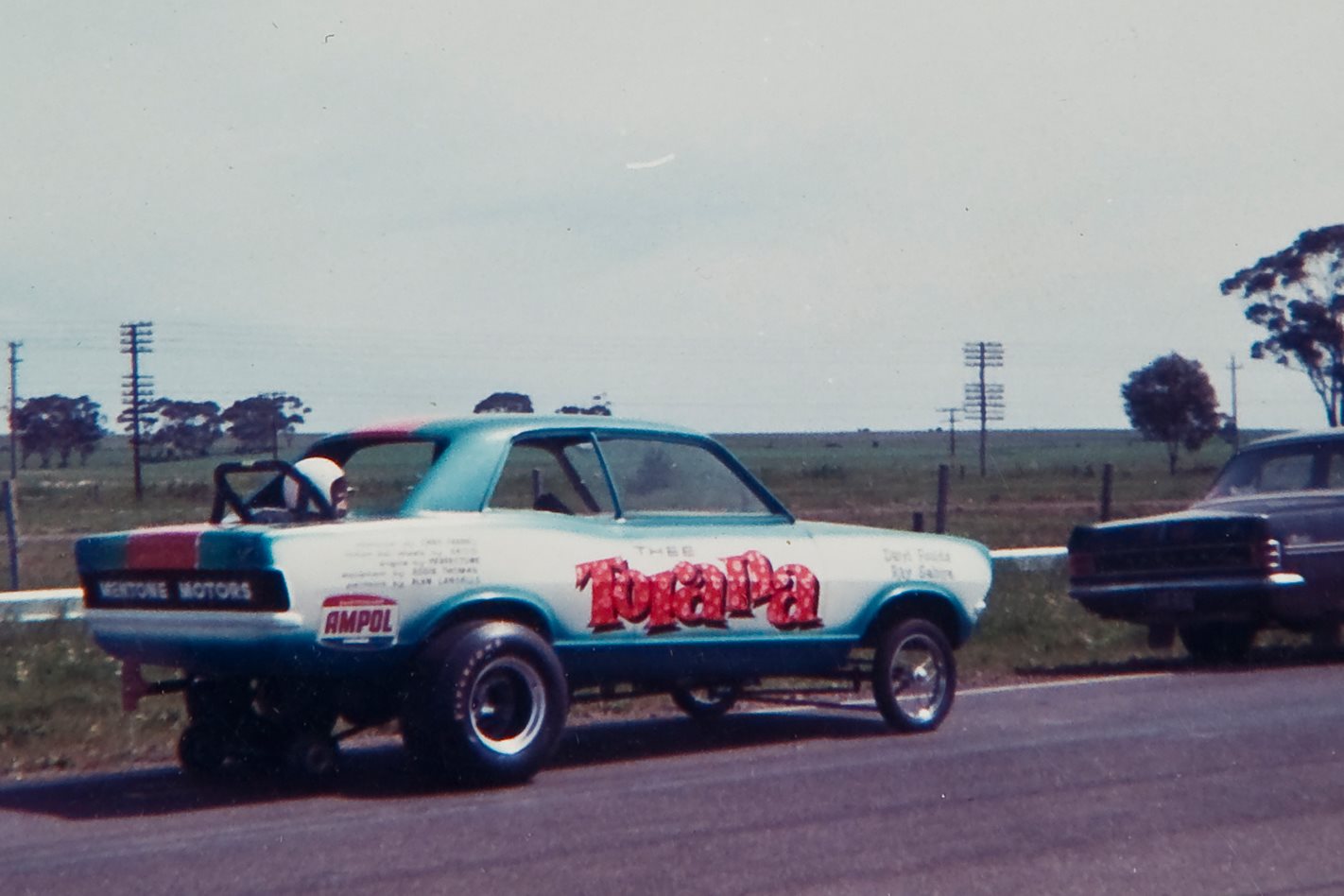 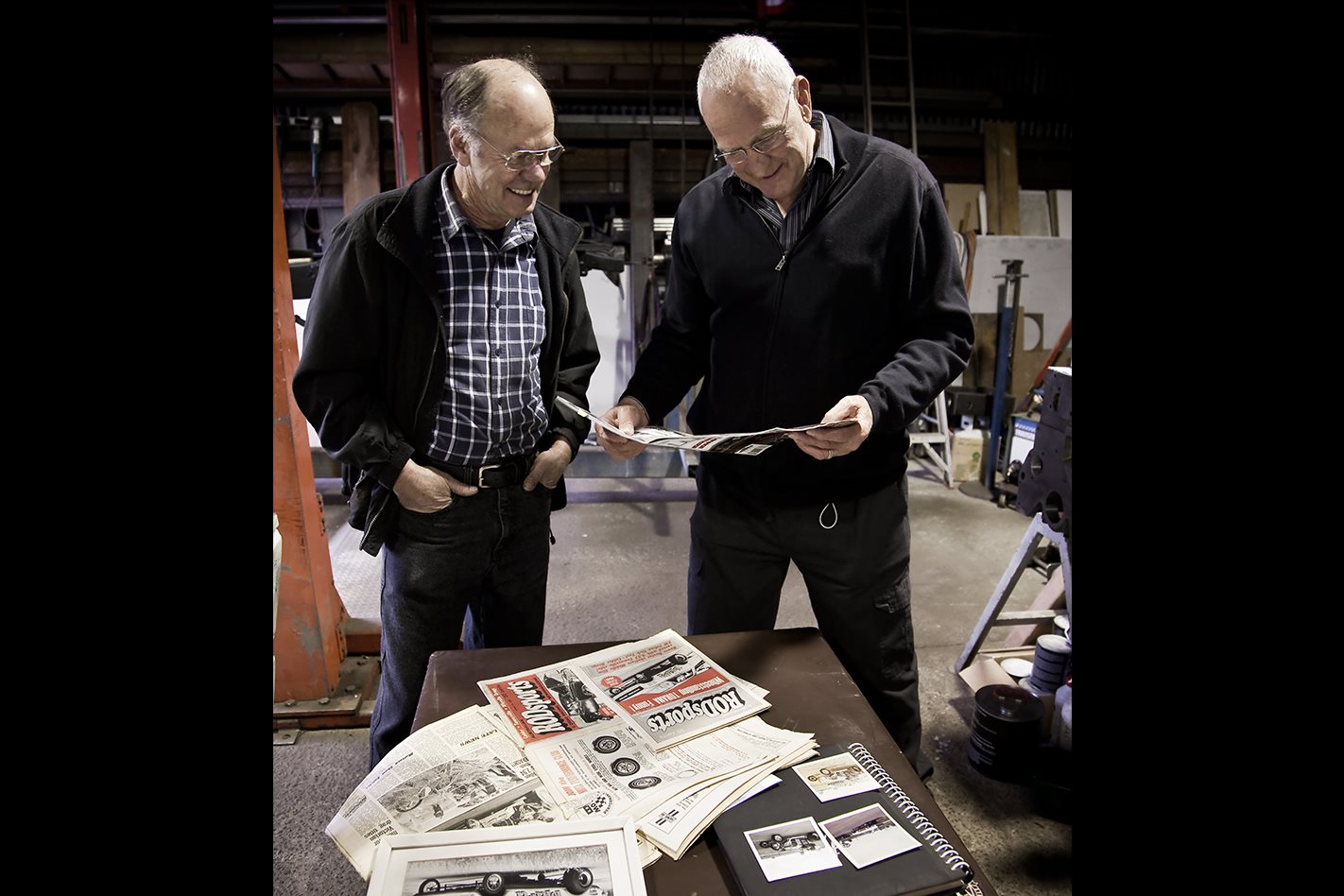