Stuck in a dam for the past decade, this tired old Holden enjoys one last day in the sun

AT THE recent All GM Show & Shine Day in Wangaratta, put on by that town’s Early Holden Car Club, we spotted what has got to be the rustiest FJ Holden ute ever to be dragged onto a trailer and entered in a car show.

Brought along for a bit of a laugh, entrant #3 was still rolling on all four wheels, but that was about all. Even owner Colin Dieckmann was surprised it made the short trip into town from his farm without disintegrating.

It turns out the FJ had been sitting in a dam for over a decade, and had only been pulled from the muck a few days prior, just for this one show. Colin has owned a small wrecking yard in Wangaratta for about 30 years and has had more old-school Holden and Ford parts than you can poke a stick at, so sometimes the overflow ended up on his farm. That’s where the already rough FJ was when it went for its swim, after copping a bump from a forklift and rolling down an embankment into the dam.

Immediate efforts were made to pull the ute out, but it was well and truly stuck in the mud. “We waited for the dam level to drop over the first summer but that just made it worse,” Colin says. “The slow drop in water secured it into the hardening sludge even more; the stuff turns to concrete, so there she stayed for over a decade.”

Recently, though, the dam was drained and the mud was soft enough to finally pull the old girl out. “In the end a she came out pretty easy, probably because there wasn’t much left of it!” Colin laughs. “Most of the bottom half is gone. I had to stop half-a-dozen times along the way to the show to re-tie it to stop it falling apart.”

Since the show, the wizened FJ has stayed on the trailer – Colin reckons it will just disintegrate when he tries to get it off. “Most of the mud has dried out and fallen away, that’s been holding what’s left of it together.”

Wherever it ends up next will no doubt be its final resting place, but the old ute will make one seriously cool bit of garden art wherever it lands! 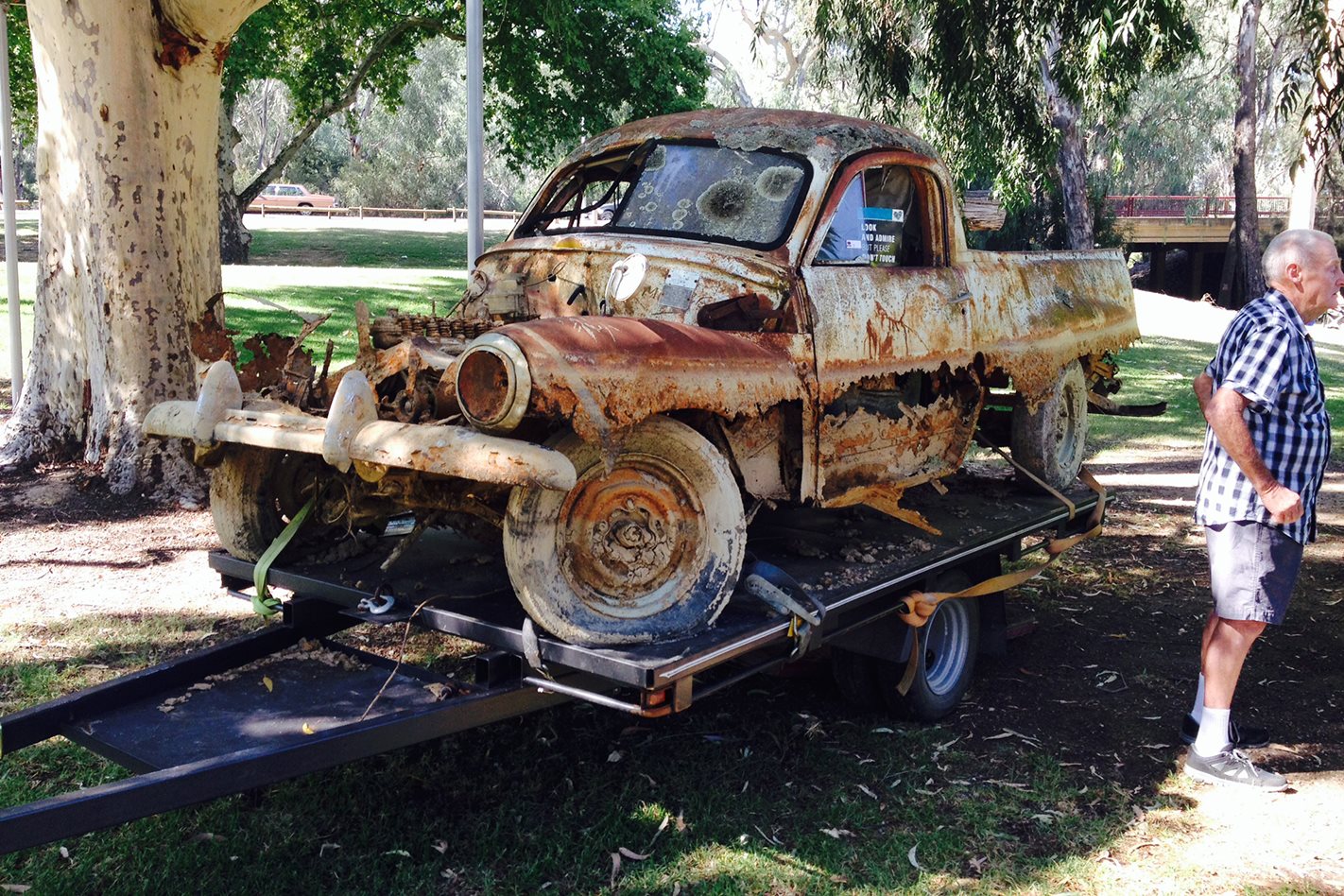 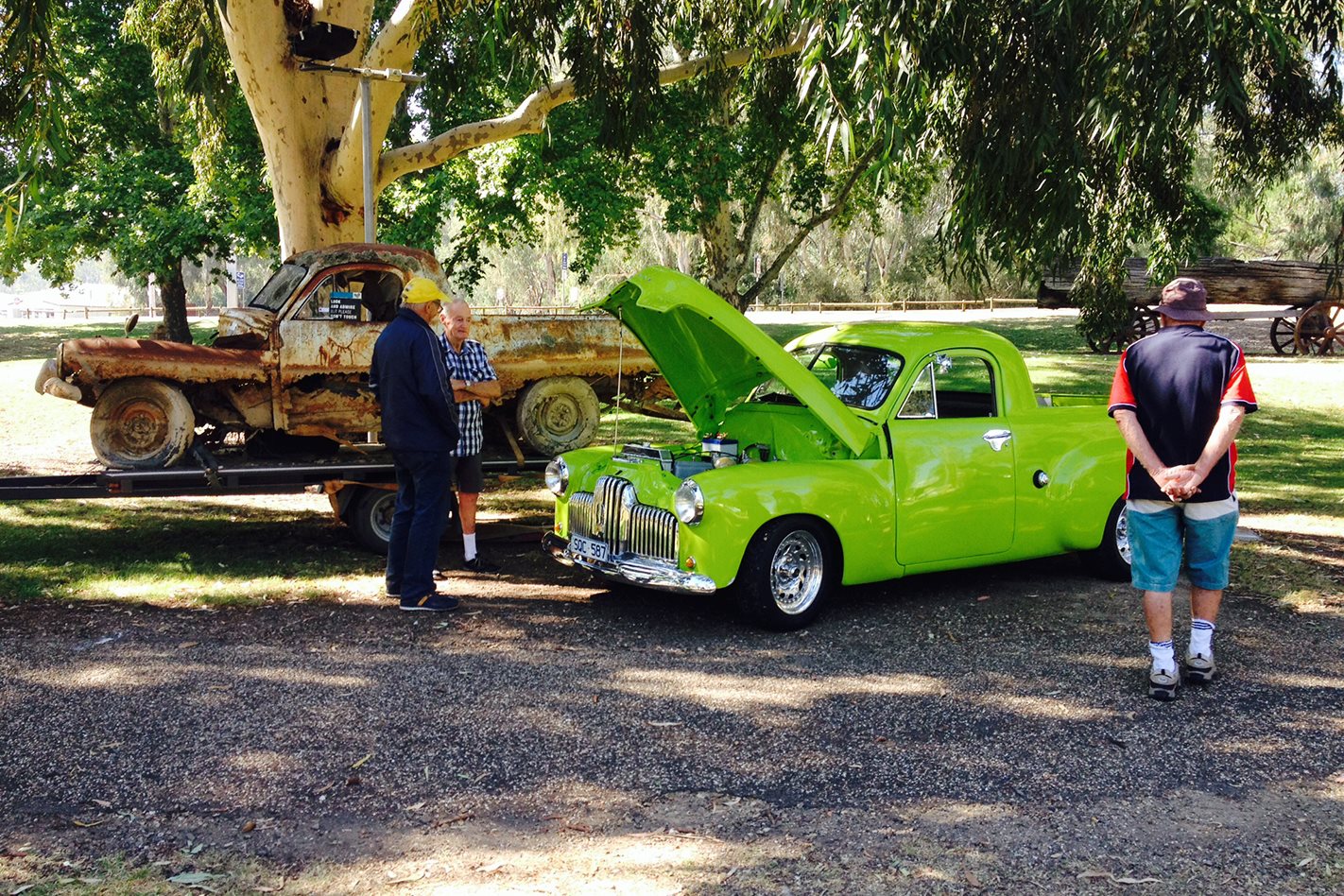 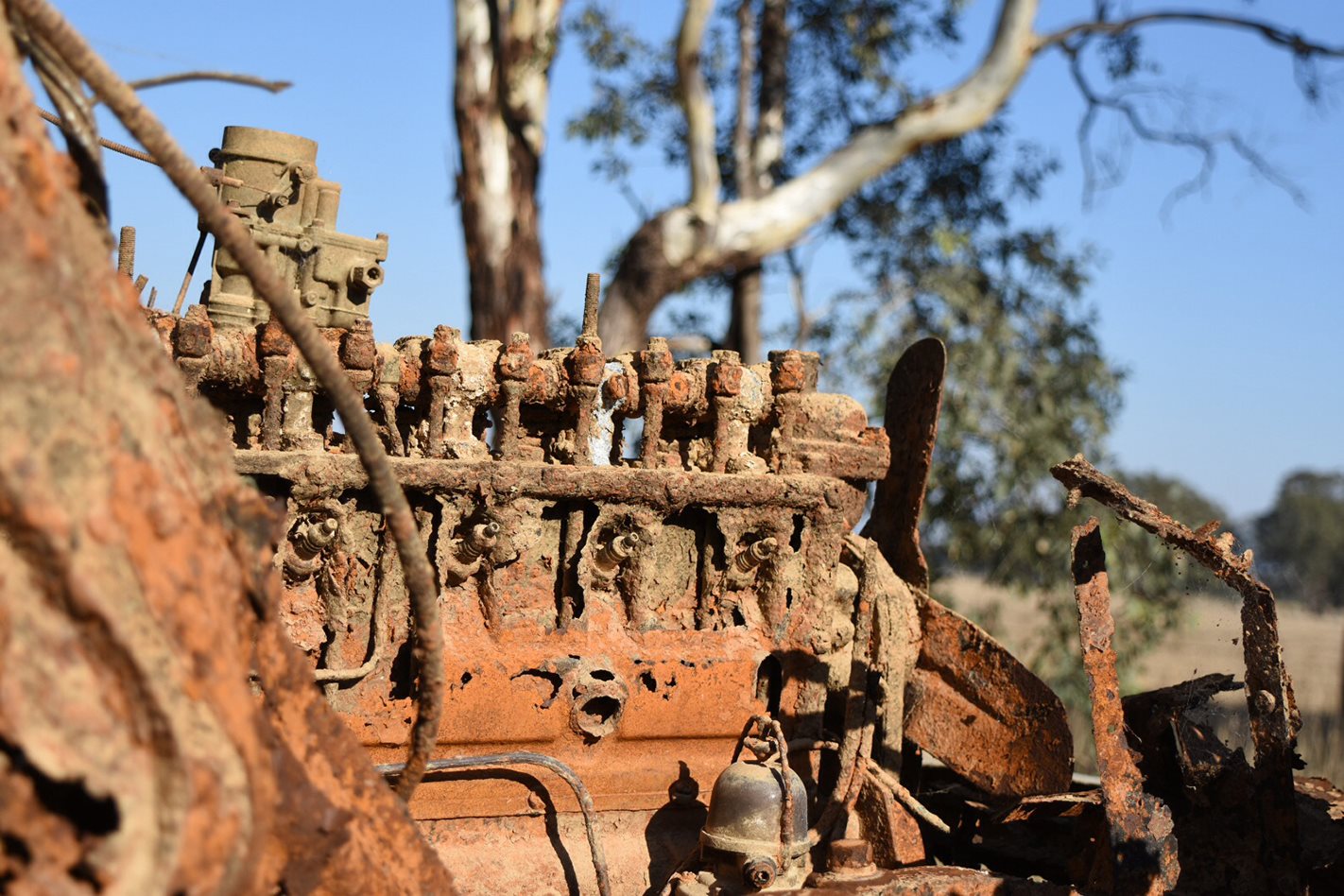 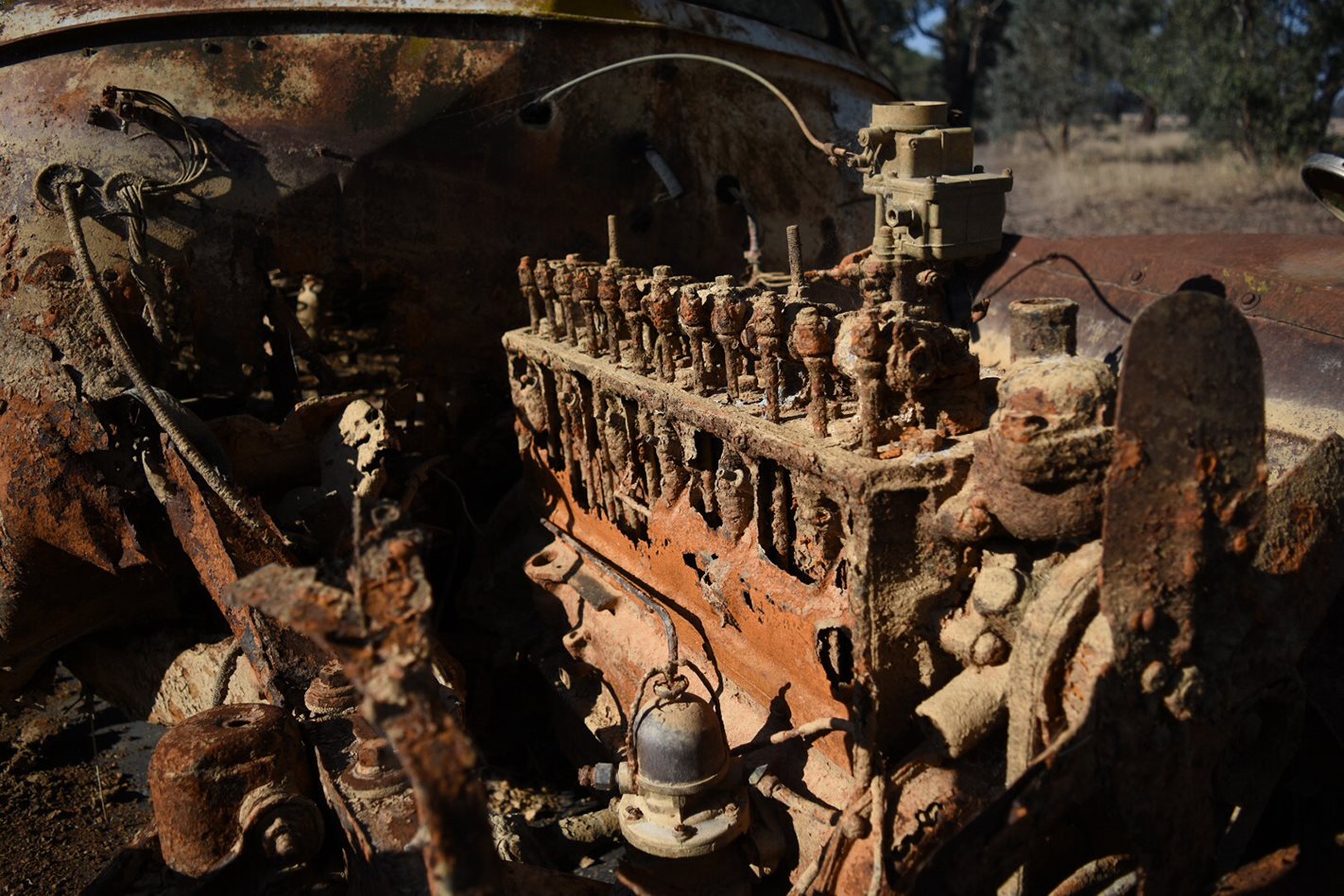 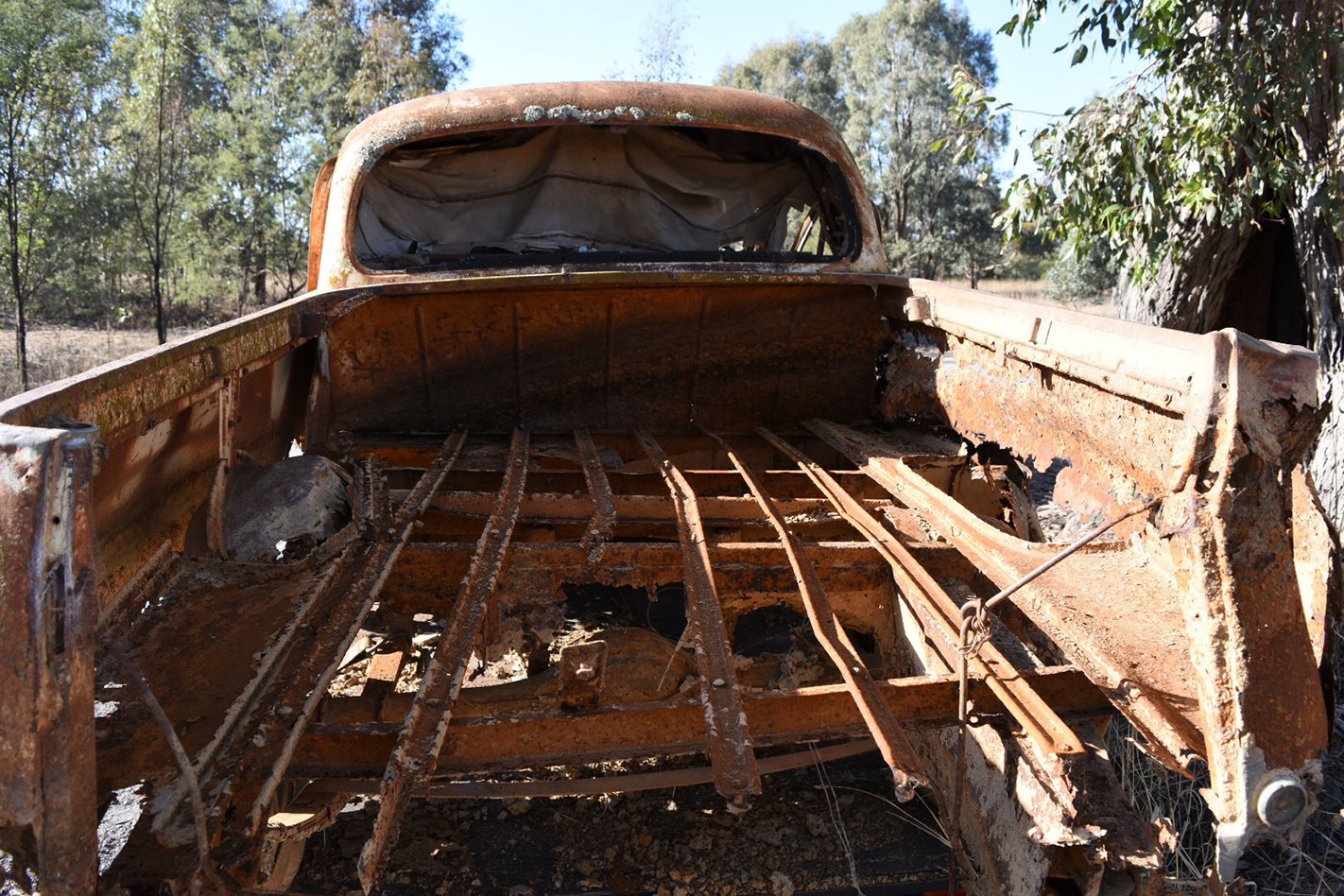 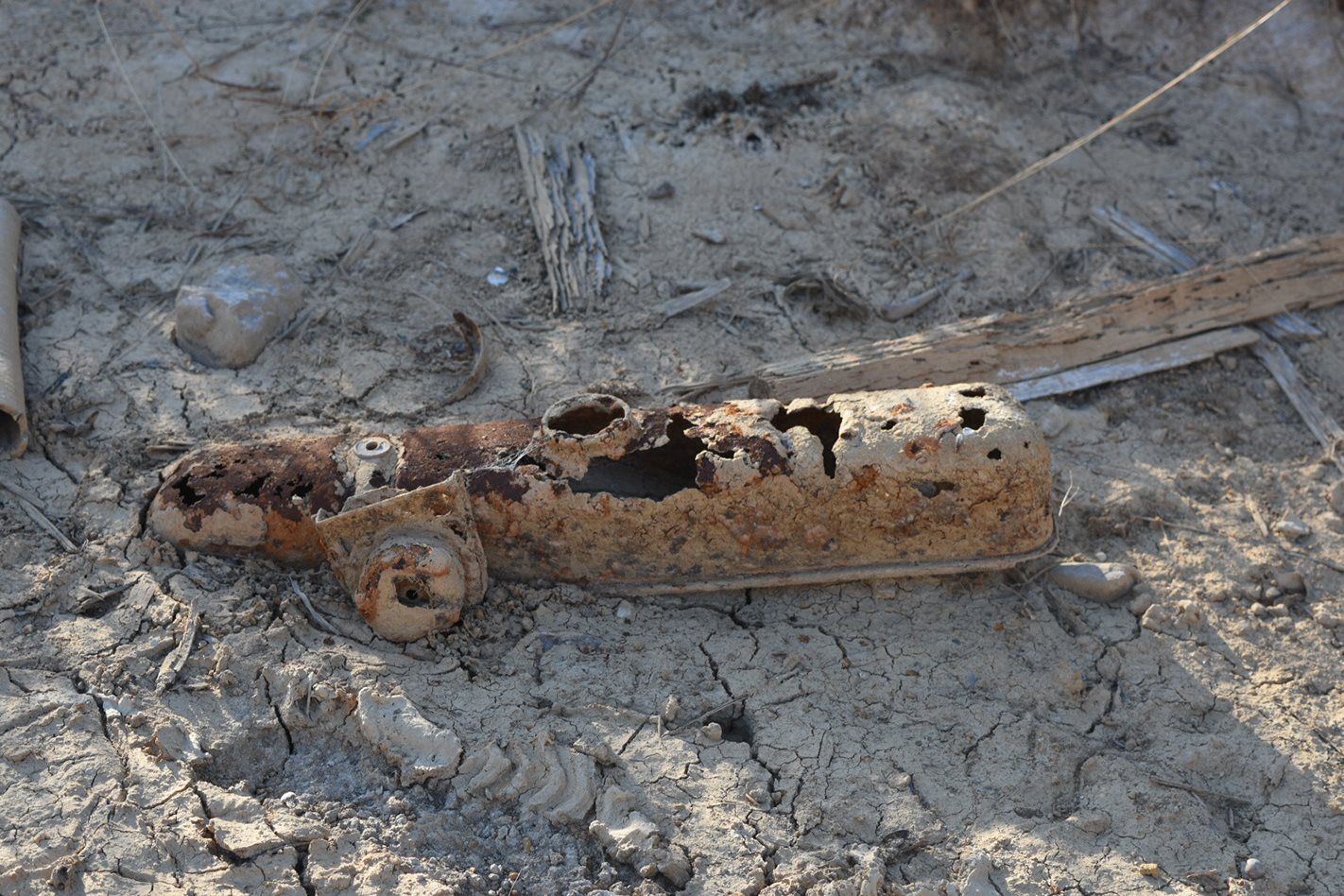 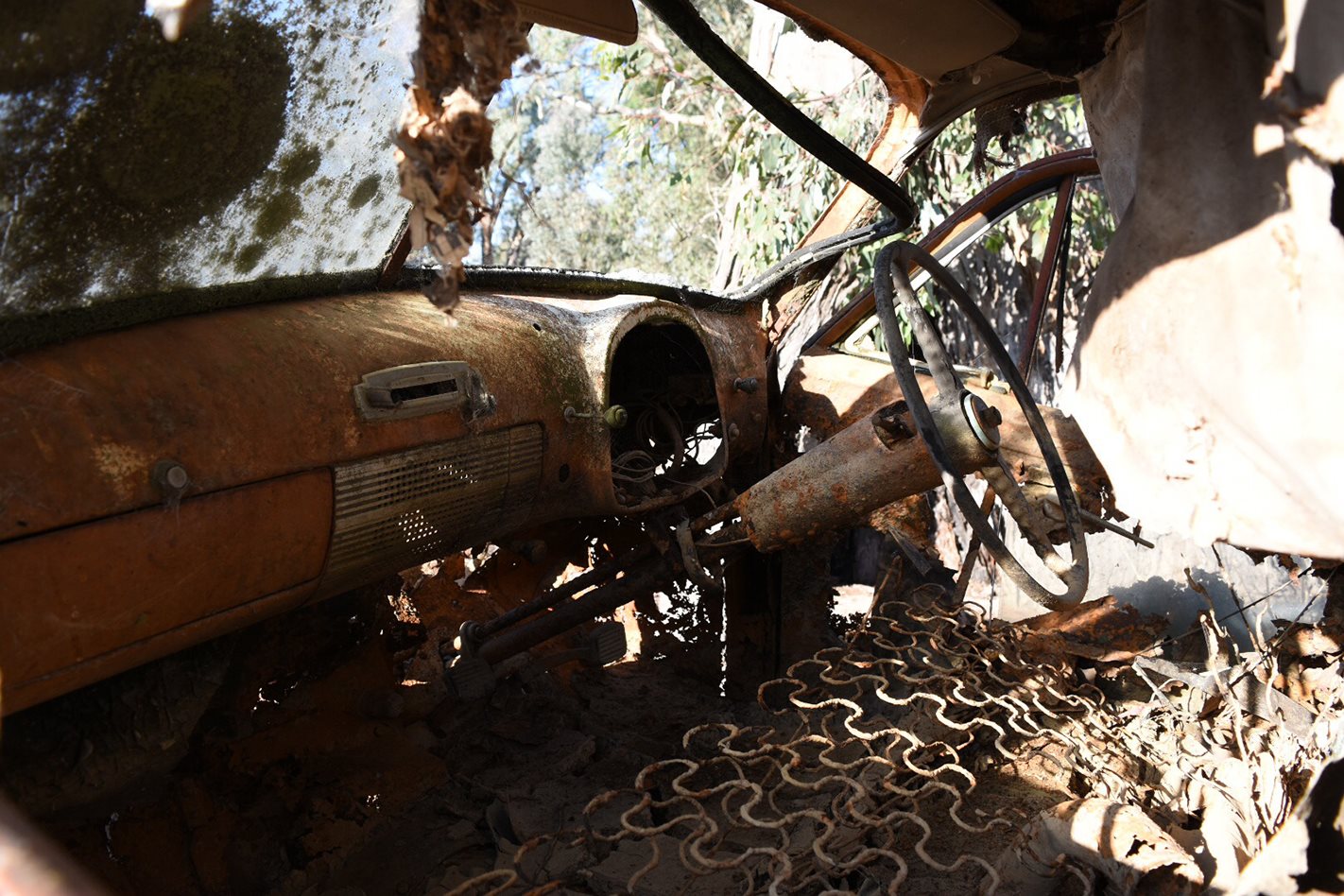 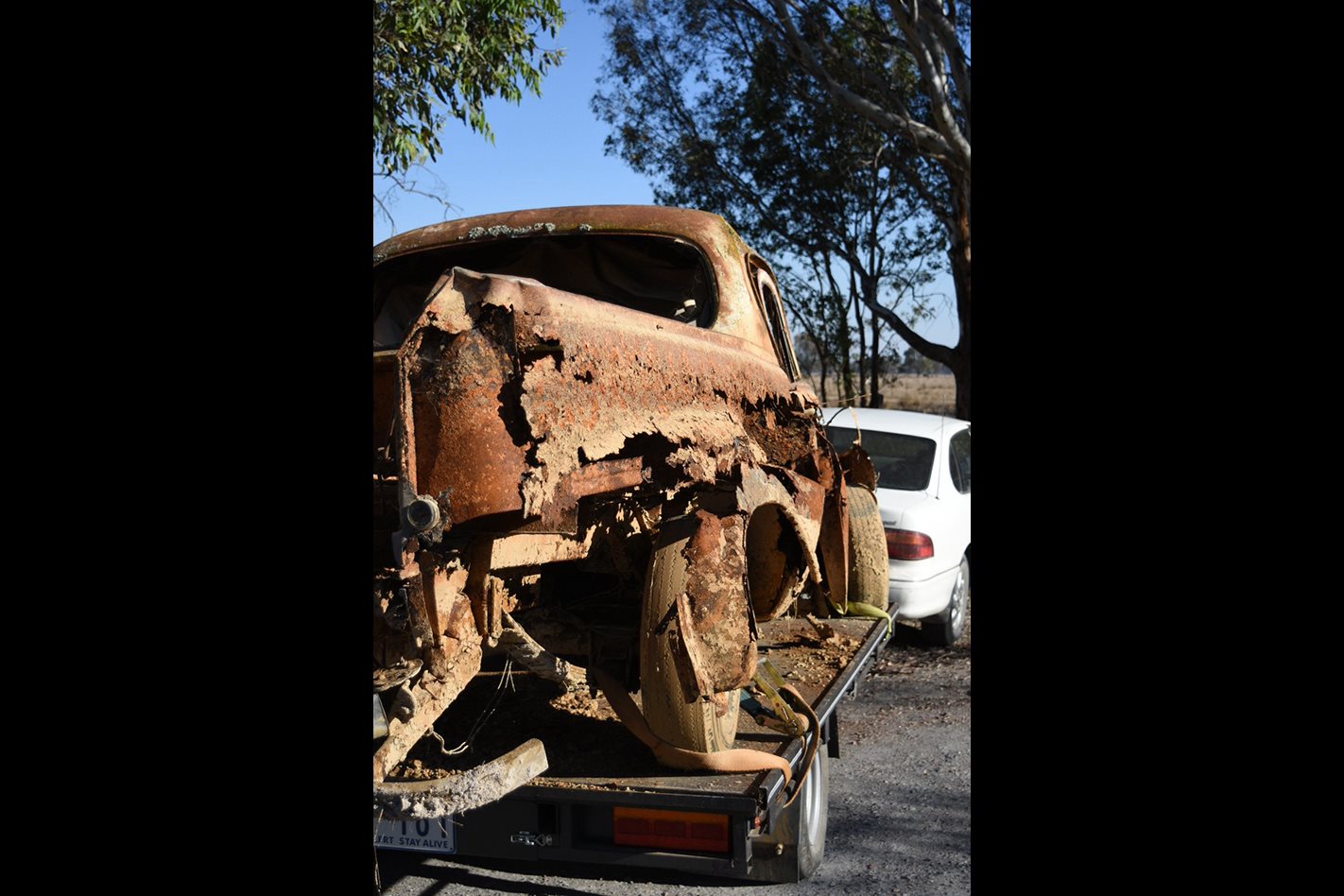 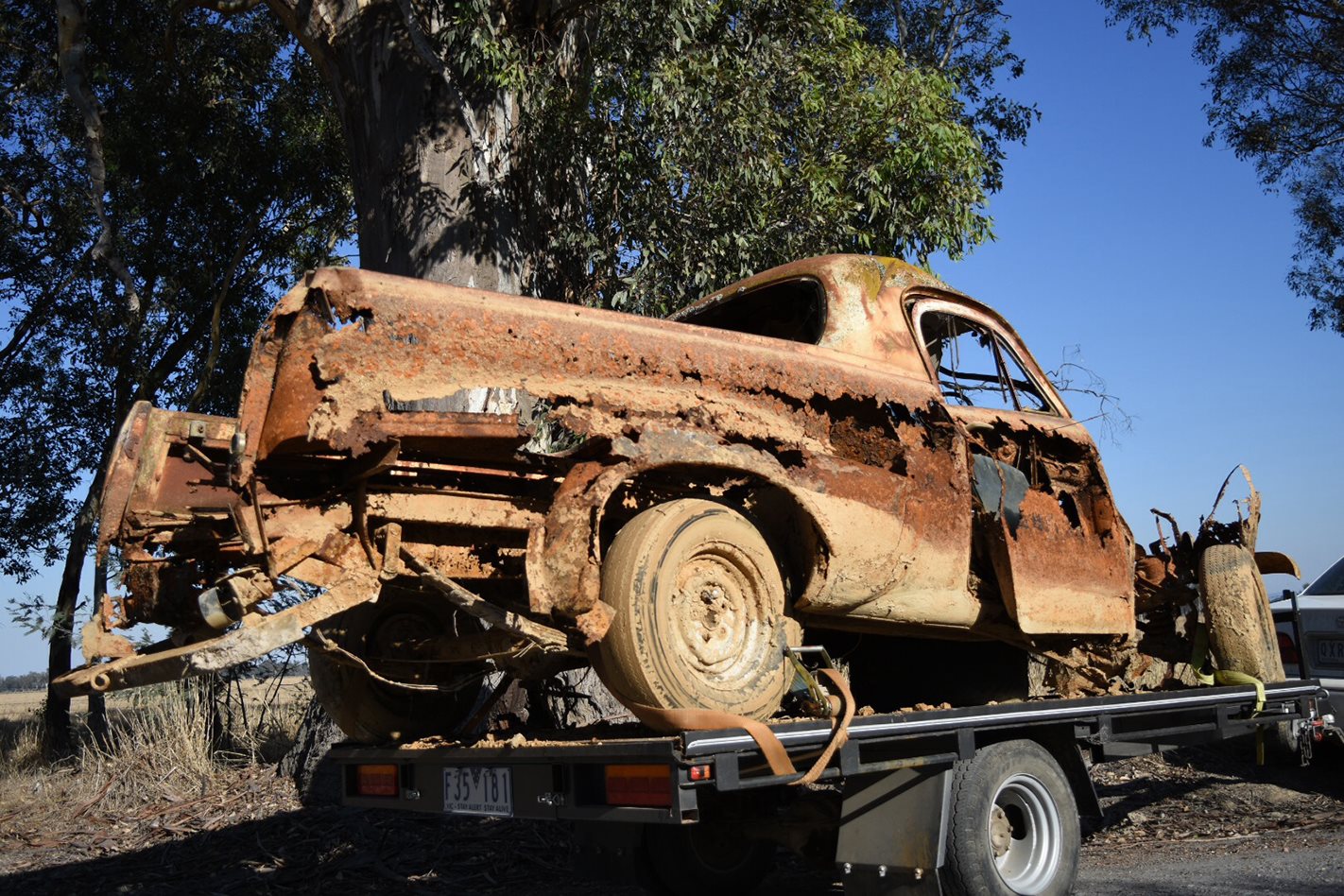 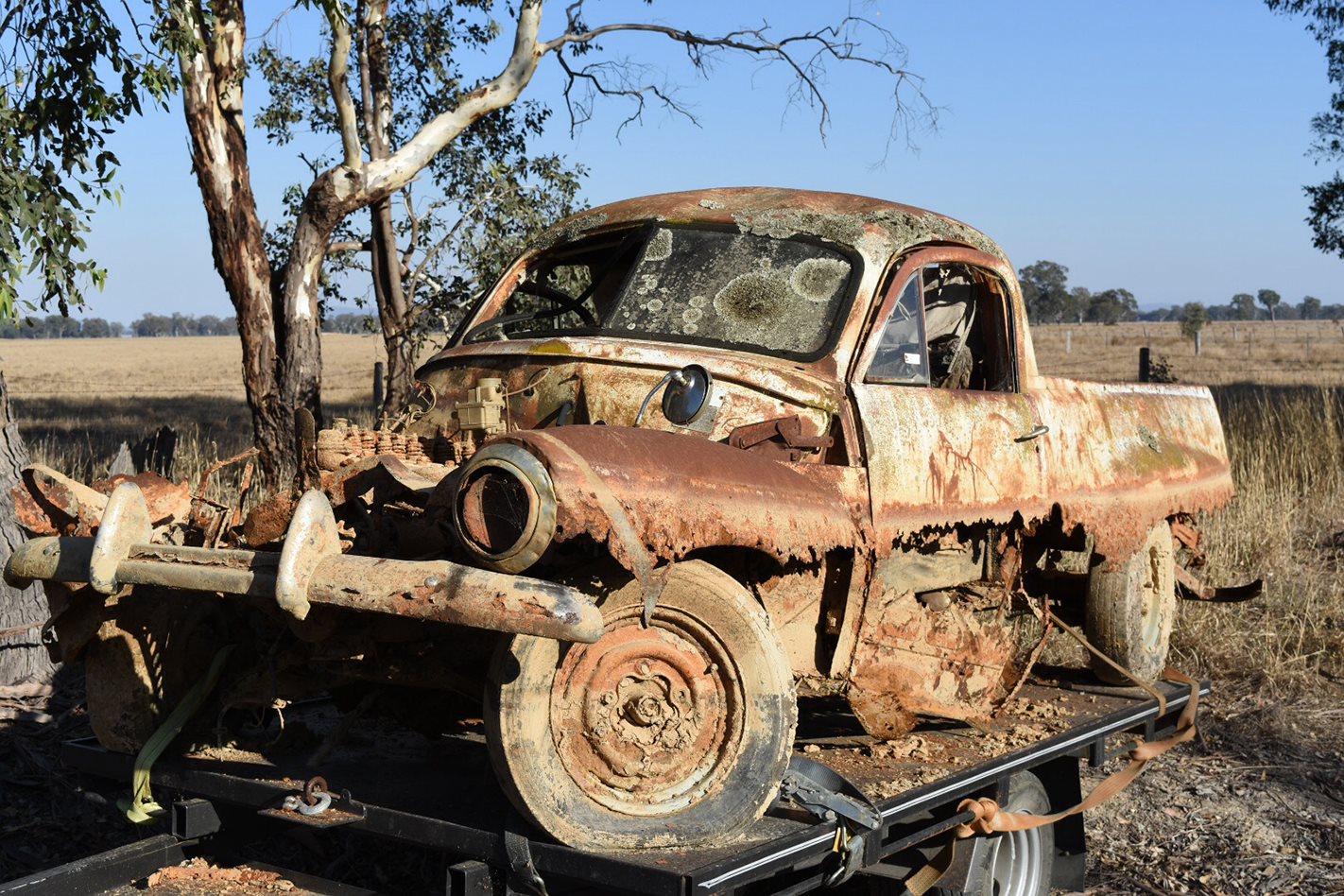