George Haddad explains how he got sucked into engine tuning

HADDAD Race Cars & Engines might be based in Dandenong, just outside Melbourne, but George Haddad and his brother Ray have established a nationwide reputation for building mega-power engines and making race cars perform at their best.

While high-profile customers such as Craig Gerdes and Steve Athans have set records and won plenty of races using Haddad engines, what really sets these boys apart is their sheer passion for racing and learning how to do things better.

How did you guys get into cars?

When we were kids Dad had an FC with a hot grey motor. It was too hot for the street but it was a great car. He always had cars and bikes so it was hard not to get involved. 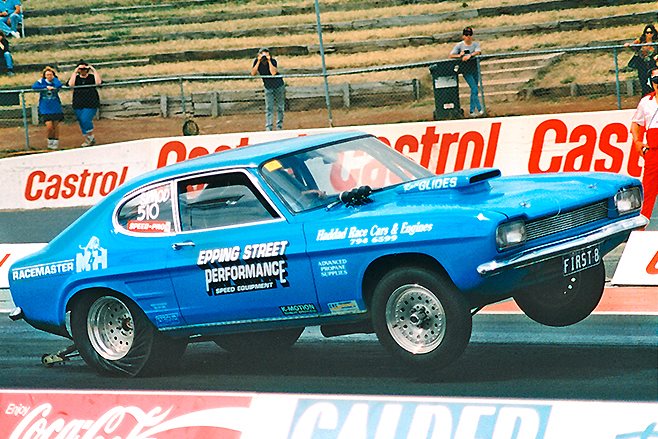 When did it become a job?

Not straight away. Ray was 15 and I was 12 when we came to Australia. We didn’t like school much because we didn’t have a word of English. I left school in Year 9 and had a few different jobs and Ray went to work with Dad as a diesel fitter. I never had to touch an engine until 1984. I never had to, even though I’d started racing cars. Then Ray went on holidays and I thought I’d give it a go.

You were just self-taught?

Yep. I worked at a few different shops and learnt a lot there, including Rod City Repros, COME and Graeme Withers Speed Shop. Mostly it’s practice and common sense. I read a lot of magazines but there is only so much you can pick up there. You don’t have to be Einstein to do this; just practice and figure out your own way of doing things.

What did you start off racing?

I raced Peter Ridgeway at the first DYO meeting at Calder. I was in our XR sedan. I beat him and we’re still mates. Then we had an LJ GTR with a 308 that ran low 12s with a little bit of gas. There wasn’t much traction in those days [laughs]. We put that motor in an HT Belmont and started running 11.7s. 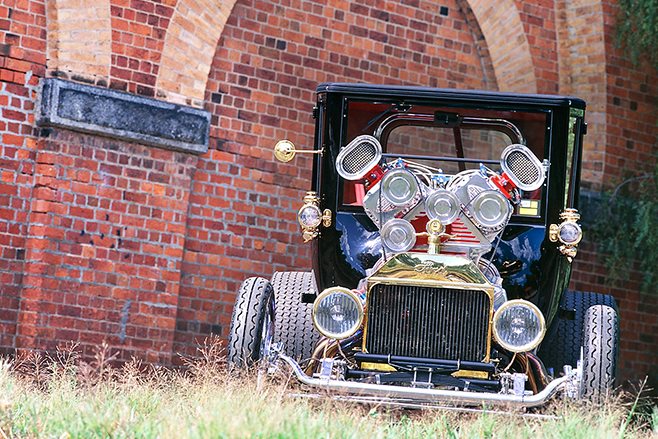 George has done some cool one-offs, such as building and setting up the twin-blown EFI Boss 429 in Rod Hadfield’s T-coupe

People might be surprised to learn that you guys raced rotaries too.

Yep! We had an R100 and an RX-4. They were pretty much stock except for an exhaust, bridgeport and a Weber but they still ran 13.0s. Tyres were the big problem then.

So you’re happy to turn your hand to any kind of engine?

I like V8s but I’m not aligned to any one brand. They all have their advantages and their problems. If you stick to just one thing, you don’t learn.

Would it be true to say that you’ve always been into street-style cars, though?

Yep, I love it! We drive down to Calder every Friday night, which is about an hour from here in the traffic. We put a race number on the car and race, then wipe the number off and drive home. I think that’s the way to advertise your product. It’s no good saying that the car runs 9.30s but you have to change this or change that to drive it. 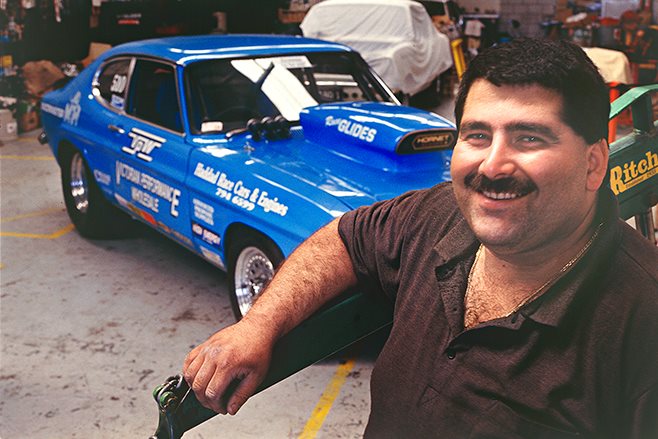 So when did going racing for fun turn into a business?

In the late 80s we had a Capri with a 308, running a direct-port nitrous system and McCreary street rubber. That did flat 10s. Then we put a 500ci Chev in it and it went went 8.92 with a small shot of gas at the Shootout at Calder in ’91. That was the first-ever eight-second pass on street tyres in the world and we got a fair amount of attention for that, so I thought I’d have a go at doing it for a living.

What are the secrets to the job?

There are no secrets but I like to do as much as I can myself — I really believe that unless you’ve built an engine yourself, you’re never going to be able to tune it to its full potential. I like to do things my own way. That’s why I learned to do the EFI; I have to understand something to know how to make it work.

It’s noticeable that when Craig Gerdes races, you’re always there, helping out.

I love being at the track, seeing the cars race and making sure they perform. Making a car go fast is a lot more than just the engine; you have to have a complete understanding of the car overall. I think it is the chassis’s job to make the engine look good. Ray does the testing and the racing these days. If a car isn’t doing well, I put Ray in the car and he can tell us what needs to change. 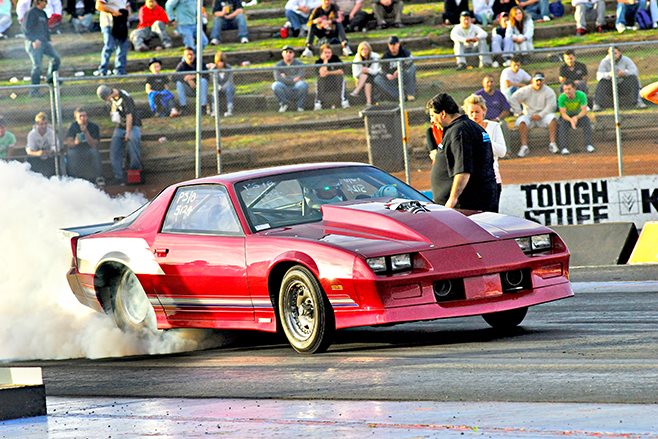 Steve Athans has the smallest engine in Pro Street Blown but he’s in 2nd place, with a best of 7.55@189mph. “It drives like a stocker,” George says. “Bring it up to 2500rpm on the footbrake, mash the pedal and off she goes.”

There’s a heap of blow-through turbo and centrifugally blown cars these days — where do you stand on the carburettor vs EFI debate?

Put it this way: my Vortech-blown 355ci Holden-engined HQ Monaro made 690hp with a blow-through carb set-up. I changed the cam and switched to EFI and made 800hp. It might be a bit more expensive to start with but injection is always going to be a better deal. It’s easier to tune, you get better driveability and it’s easier to make changes at the track.

Has the passion ever dimmed?

At one point a few years ago I decided I’d enough of cars and we opened a pizza place instead. It took us two weeks to learn how to do it. The shop was always packed; that was a good business, but what we are doing now is more fun. 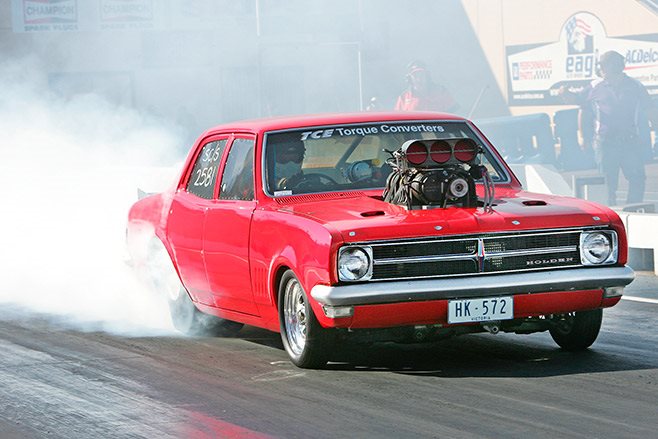 Craig Gerdes’s Haddad-powered HK sat at the top of the VPW Top 10 list for ages and took out the first-ever national Supercharged Outlaw crown, in 2005

You’re building a couple of fast street cars for yourself at the moment — an XR Falcon and a late-model Mustang — so I guess you’re right back into it?

I don’t think I’ve grown up yet [laughs]. Hopefully I’ll still be going to race meetings when I’m on my walking stick. 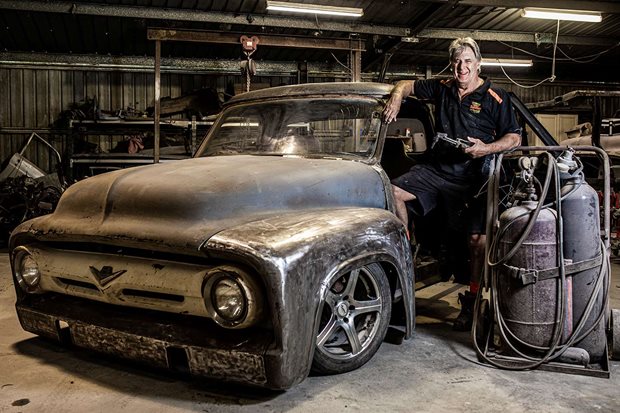