WHAT makes a true car enthusiast? Is it the diehard with an unshakeable, one-eyed brand allegiance, or someone spreading the love across a diverse range of makes or models? For me, it’s all about the passion, regardless of vehicle choice, which glues us all together into this one crazy scene. Take Glenn Bannister, for instance. Since the 80s he has owned an eclectic mix of cars, steering away from the normal Ford and Holden channels to find his niche down roads less-travelled. GLENN’S stepdad, Greg, came into his life in the late 70s and nurtured his love of cars. “Greg rumbled up in this 1969 Javelin coupe and my jaw dropped,” Glenn remembers. “It’s one of 39 Aussie-built Javelins for that year, and Greg found it at a Footscray car yard back in ’75. It was originally white, but they painted it black for him to seal the deal. The original 343-cuber was replaced with a 408 he scored from a wreck, and it was later resprayed charcoal. Greg handed it down to me in 1985 and we stripped it for a rebuild, which is still ongoing! It was high-filled 30 years ago too, so is going to be like rubbing back a brick! The motor now has self-ported 401 heads, NASCAR-spec internals and a 4/71 blower, and will run programmable EFI. Jim Walton built the 727 Torqueflite, and I’ll give it a colour change too.” 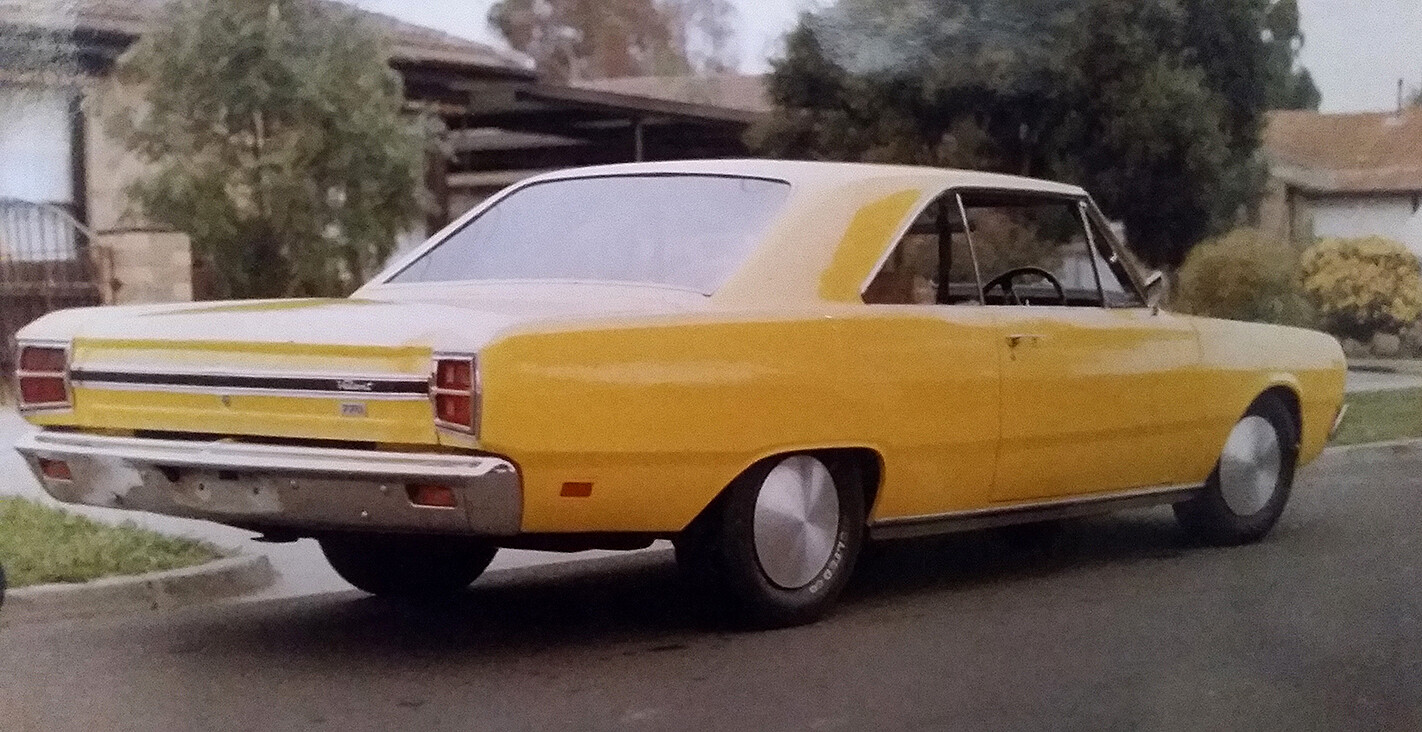 Thirty years ago, owning a Valiant made you a bit of an outcast, and it’s only in the past decade or so that Chryslers have been accepted by the cool kids. “I was a Mopar fan from a young age,” Glenn says. “They were cheap to buy and went hard even in stock form. In 1984 at age 15 I’d already owned two hardtops – a VF running a Slant with triple SUs and a VG with a turbocharged Hemi 245 – but this factory VF 318 V8 Regal was the first one I bought to build specifically as a driver. I paid $600 for it, but the seller would only let it go on one condition – I had to take the three VF VIP V8s he had stashed down the side of the house as well! I sold off two of the VIPs and built the hardtop using parts from the third car. My mate John painted it yellow and I stuck a NOS kit on the stock 318. That motor lasted a year before the gas finally killed it, so I built a fresh engine, boring it out to 321 cubes, home-porting the heads and adding a TQ30 cam. I fitted a 3000 stall to the 904 and 3.45 gears out of an R/T Charger. I raced it at any opportunity, street or strip, and with the NOS on board it ran a best of 12.8@104mph at Calder. The engine even stalled at three-quarter track and I had to restart it; who knows how quick it would have gone fully sorted.”

Glenn sold his Valiant for this gorgeous red 1969 Javelin in ’91, another Australian build by AMI/Toyota at Fishermans Bend. “I bought it as-is and drove the wheels off it,” he says. “These were Rambler’s version of a pony car and their winning ways at US drag strips and race tracks proved that Ramblers were no longer just for nerds. The 343ci small-block ran a 727 Torqueflite, and it was just such a cool, beautiful car. I replaced it with a ‘Euro-pack’ VB Commodore running a 300hp Bruce Hindhaugh-built 253, which revved like a champ. I blew that car’s M21 four-speed to smithereens on a test drive with a potential buyer on board – the look on his face was priceless; he thought I was joking! He still bought it anyway,” Glenn laughs.

The SM team unquestionably has the highest number of Starion fans per capita than any other workplace, so we all get a little excited when one of Mitsubishi’s finest swings into view. “In 1987 Greg bought this to be his new daily,” Glenn explains. “It wasn’t long before we started tinkering and experimenting with all sorts of front-mounted intercooler set-ups and a liquid-to-air ’cooler made from a motorcycle radiator. We even ran water through a front-mount using the water pump from a washing machine! When you haven’t got a lot of money you just do what you can do – remembering this was 30 years ago and turbo development was still in its infancy. It was lots of fun.” The Starion is still in Greg’s shed, but currently on blocks; it’s due to hit the streets again with a fresh throttlebody-injected 4G63 2.0-litre. 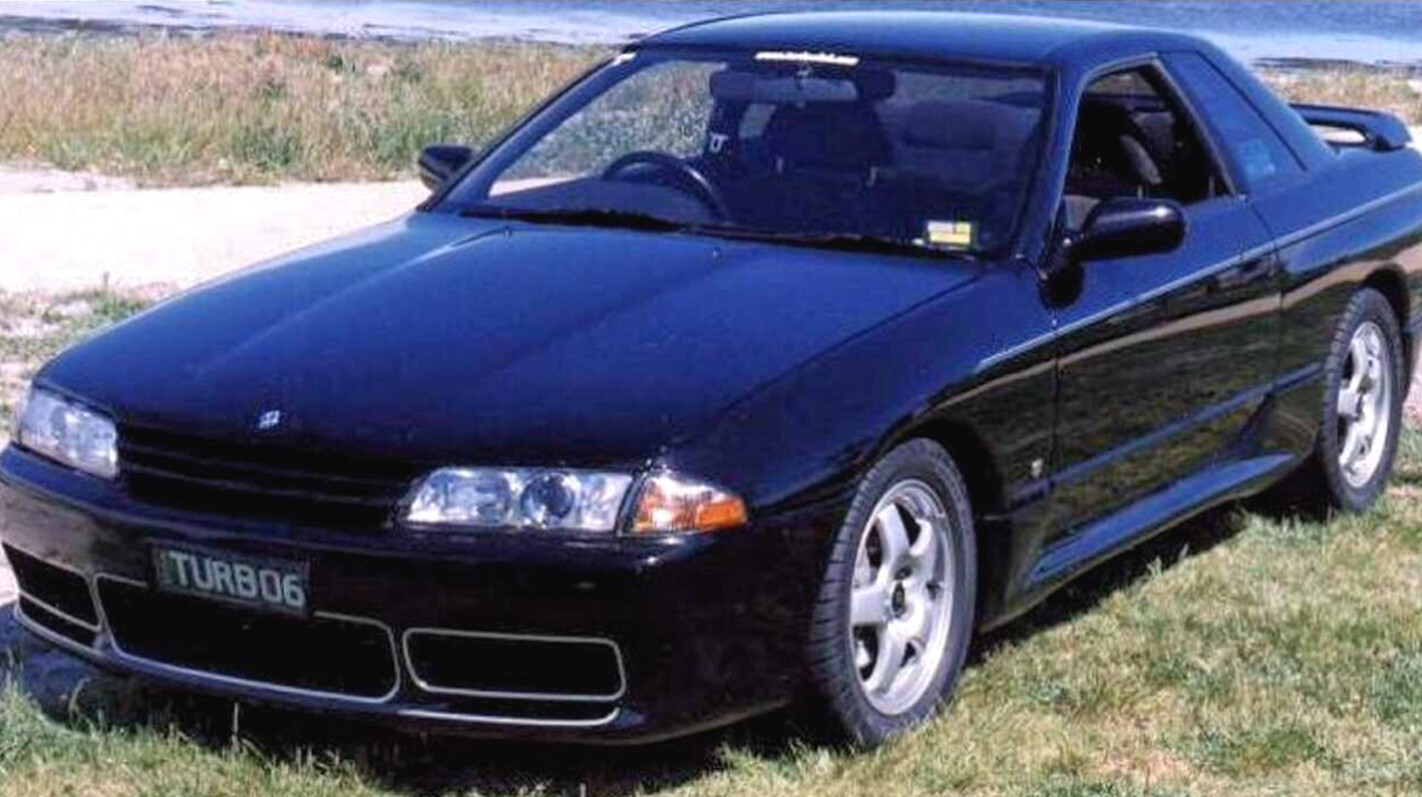 Glenn's mum Pauline is one cool lady, happily taking the wheel of a number of turbo cars through the years – many of them painted black: “Mum might act like she’s guilty by association, but we all know the truth,” Glenn laughs. “Her first turbo car was a black Nissan EXA [remember those? – Ed.], then a Mazda Familia AWD Turbo and this Nissan Skyline R32 GTS-4. It had a 2.0-litre six with a single turbo, and our aim was to make 250kW at all four wheels. We blew an engine on the dyno in the process, but it was so much fun at Sandown track days and was a great car for Mum and Greg to tour around in. They were in their 60s at the time, but were always being followed and hassled by the police until they realised they weren’t young hoons.” 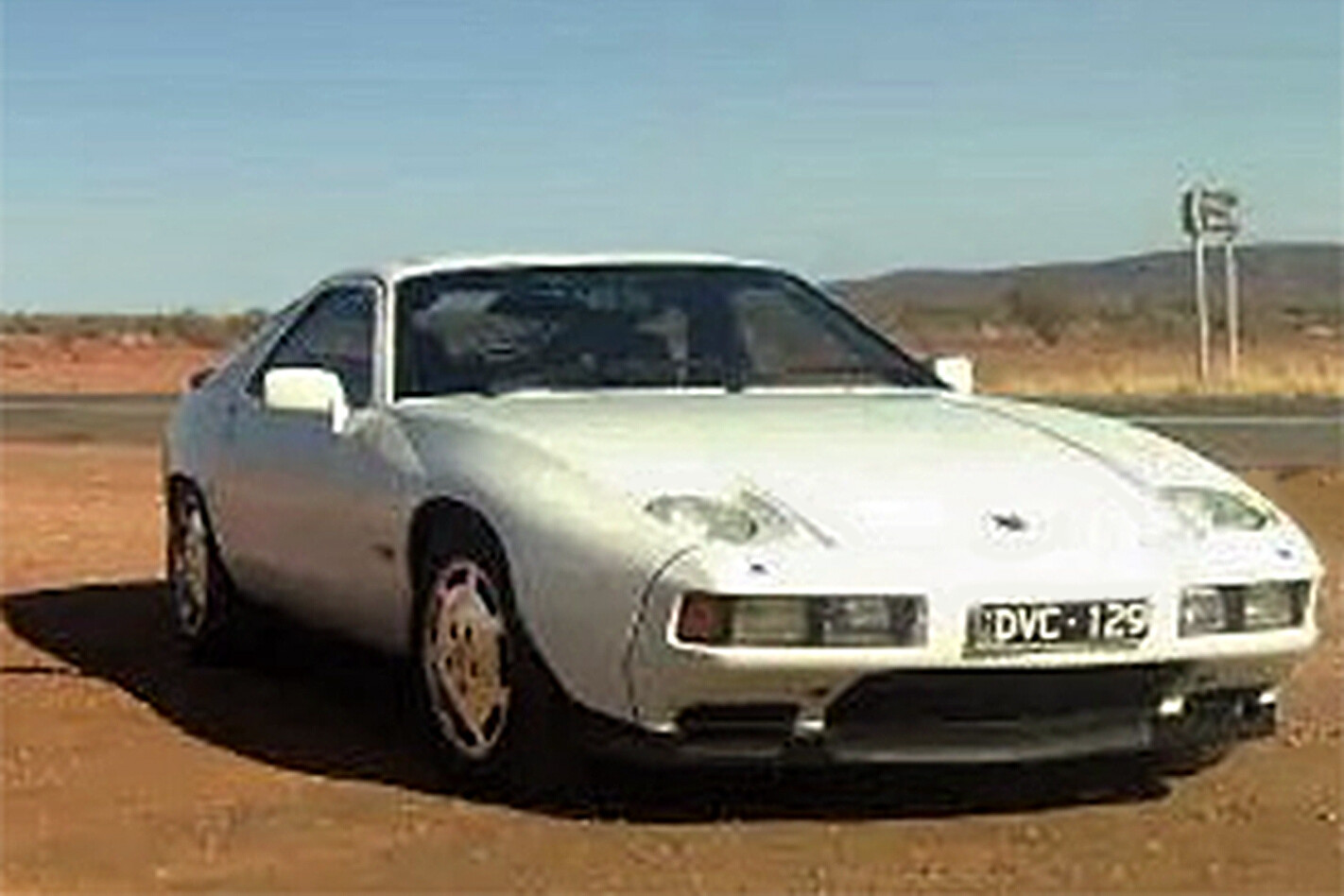 In 2005 Glenn sold a house, so he decided to buy himself a present. “I had an ex-pursuit EF Falcon with a 50hp mini nitrous kit, which I’d had for a decade, so it was time for a change. I bought a white 1981 Porsche 928 with a 4.5-litre V8 and rear-mounted auto transaxle. The 928 is a perfectly balanced car, with a 50/50 weight split, and is just awesome to drive. I looked around to join a Porsche club, but was rejected as most class the 928 as not a ‘real’ Porsche. So I found a 928 owners group that was just a bunch of guys with no hierarchy who loved going for drives – no less than 1000 kays at a time, mind you. Our ‘Outback Frenzy’ covered 6000km in 10 days, taking in Alice Springs and Ayers Rock, with a few wide-open runs on the NT highways. It was a licence-loser though, so I sold it to focus on the Javelin.” With the Javelin still in the works and Glenn missing his Porsche, he decided a new weekender was the go. In 2014 he picked up this immaculate 1993 BMW 318is coupe for a song. “The ‘dolphin’ model was a big leap in styling for BMW and it goes well for an NA 1.8 four-cylinder,” Glenn says. “Sadly, after the 928 every other car is ‘not a Porsche’, but the coupe is light and nimble and plain fun to tear around in – without the high maintenance and upkeep of the 928.”

Glenn loves a car with a great story, built with thought and clever engineering, and Holden’s EFIJY concept certainly ticks those boxes. “EFIJY is amazing, and takes the cake for me as probably my ultimate car,” he says. “I really enjoyed watching the Perrys’ Tailspin project come to life too (SM, Jan ’17). Vehicles with an identity and history always spark my interest, especially that of old race cars, and it’s amazing what you can learn when you take the time to read up, surf the ’net and chat to people in the know.”