THE first thing you do when you see a hot rod like this is ask why. “Because I can,” Ian ‘Elvis’ Davis says. “All the cars I’ve built over the years have been a bit different. Especially because at my business, Rod Bods, we’re pretty much a production line building early model Fords, from Model A to ’34. When it comes time to do something for myself I do have a bit of a weird taste, if you want to put it that way.” 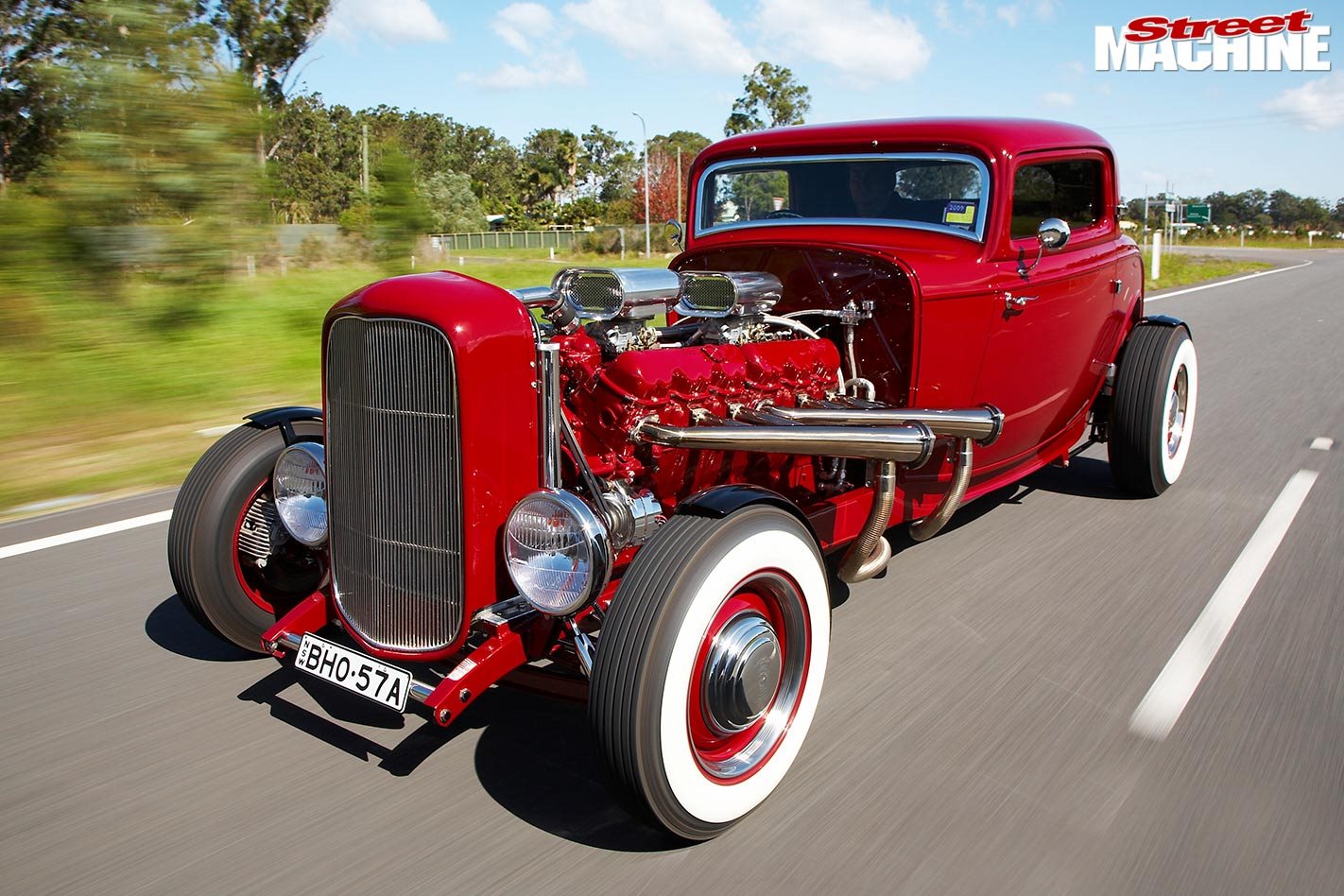 Weird, maybe, but this ’32 Ford is tasteful too. In the side view, there’s no hiding that monstrous powerplant. It’s the focus, the heart and soul of this rod, so let’s get the other stuff out of the way quickly.

The body is a Rod Bods chopped three-window coupe with exposed hinges and door handles. Due to the amount of stuff under the dash, this one has a smoothed cowl. Rod Bods handled all of the bodywork and laid on the DeBeers Wine Red paint.

Inside, from roof lining to late-model BMW seats, it was swathed in black leather by Trik Trim. Half a dozen Dolphin gauges keep an eye on things while a Lokar shifter swaps cogs in the beefed-up Turbo 400. A Limeworks column and modern Banjo wheel keep everything on the straight and narrow. And now that motor. 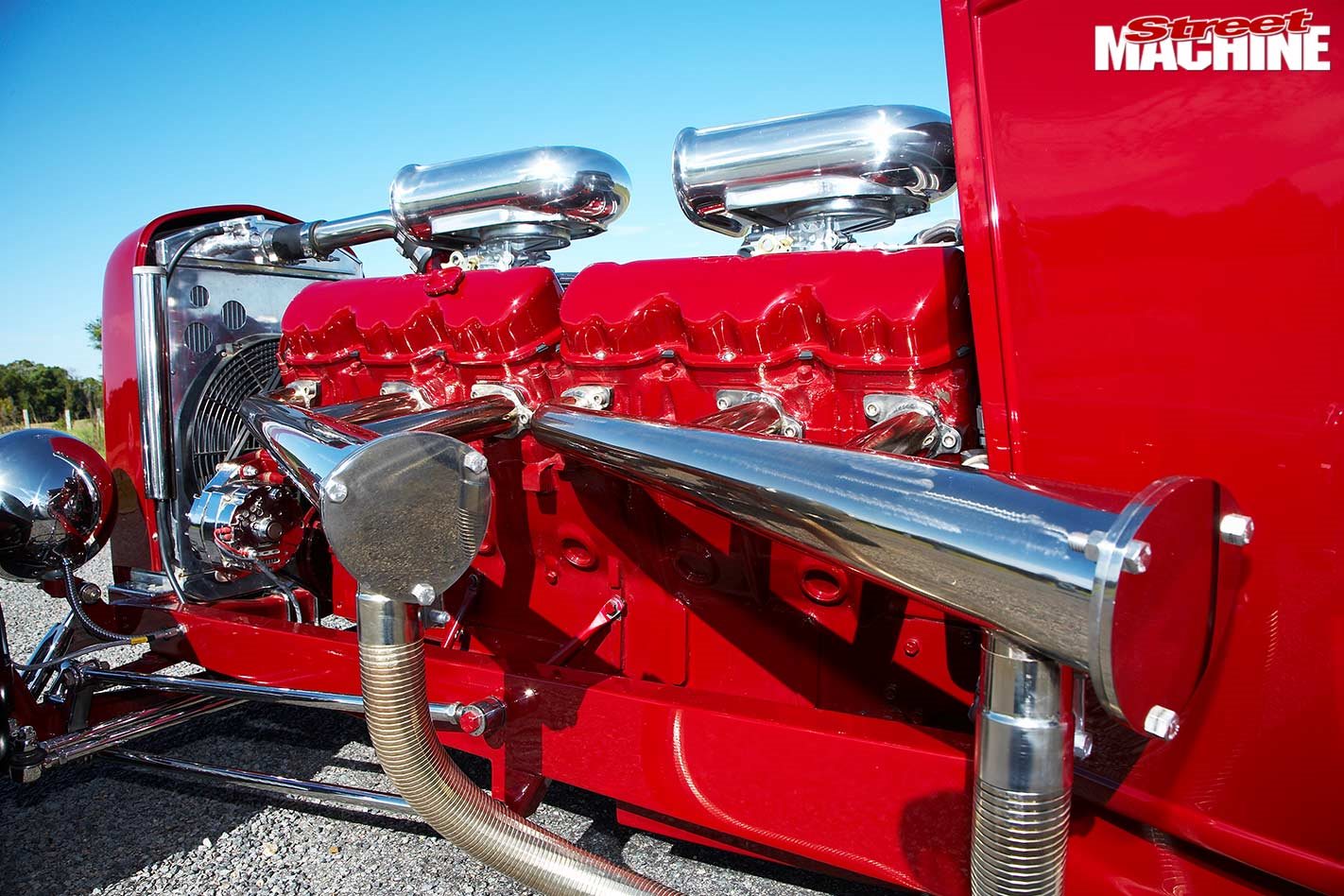 Boys and girls, this is a 702ci GMC V12 that’s usually found in full-size trucks and is commonly called the Twin Six. These things were workhorses, so performance wasn’t a priority. But this is a rod and Elvis is a rodder.

“They had an oil governor to restrict revs to 2400rpm. I took the stock oil pump out; I’m running a Moroso external pump. It’s still a wet sump but we modified a Holden red motor pick-up that bolts on where the pump used to go. I used the holes where the external cartridge oil filter went and it was quite easy to make a plate with fittings on it. It was simple to do but nutting it out took some time.

“With the oil pump gone, the governor was thrown out. We balanced and rebuilt the motor. I’ve taken it up to 4500rpm, which doesn’t sound like much but they’re 49/16in pots — that’s a lot of friction. People think a V12 should rev but it’s not a Ferrari with two-inch pistons.” 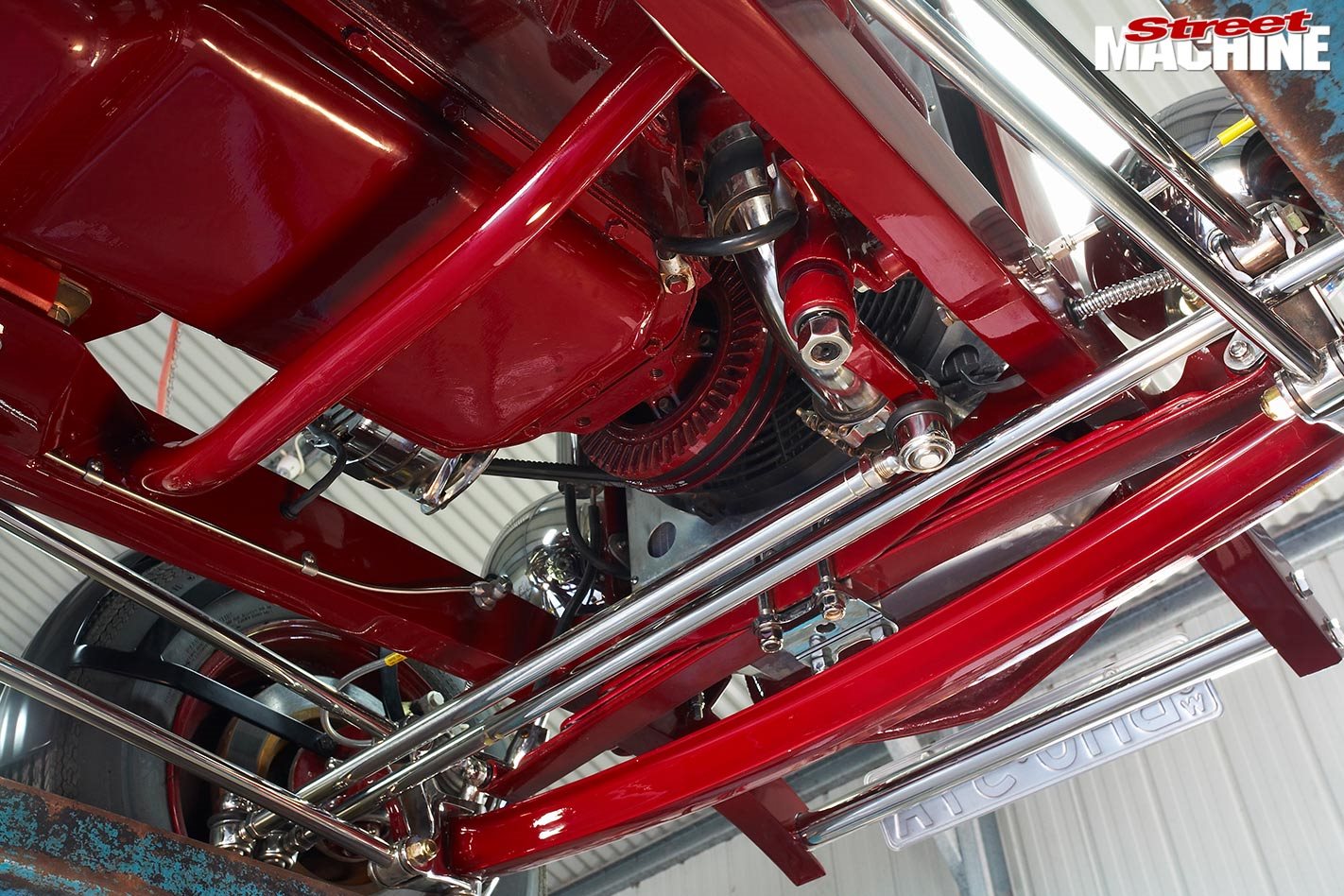 “Horsepower’s around the 300-mark but when you put your foot down, you see the motor rock over to the side and you can feel the power just wanting to grumble.”

But it’s not an oil burner; this sucker runs on petrol — and lots of it! Elvis says the fuel economy isn’t great. 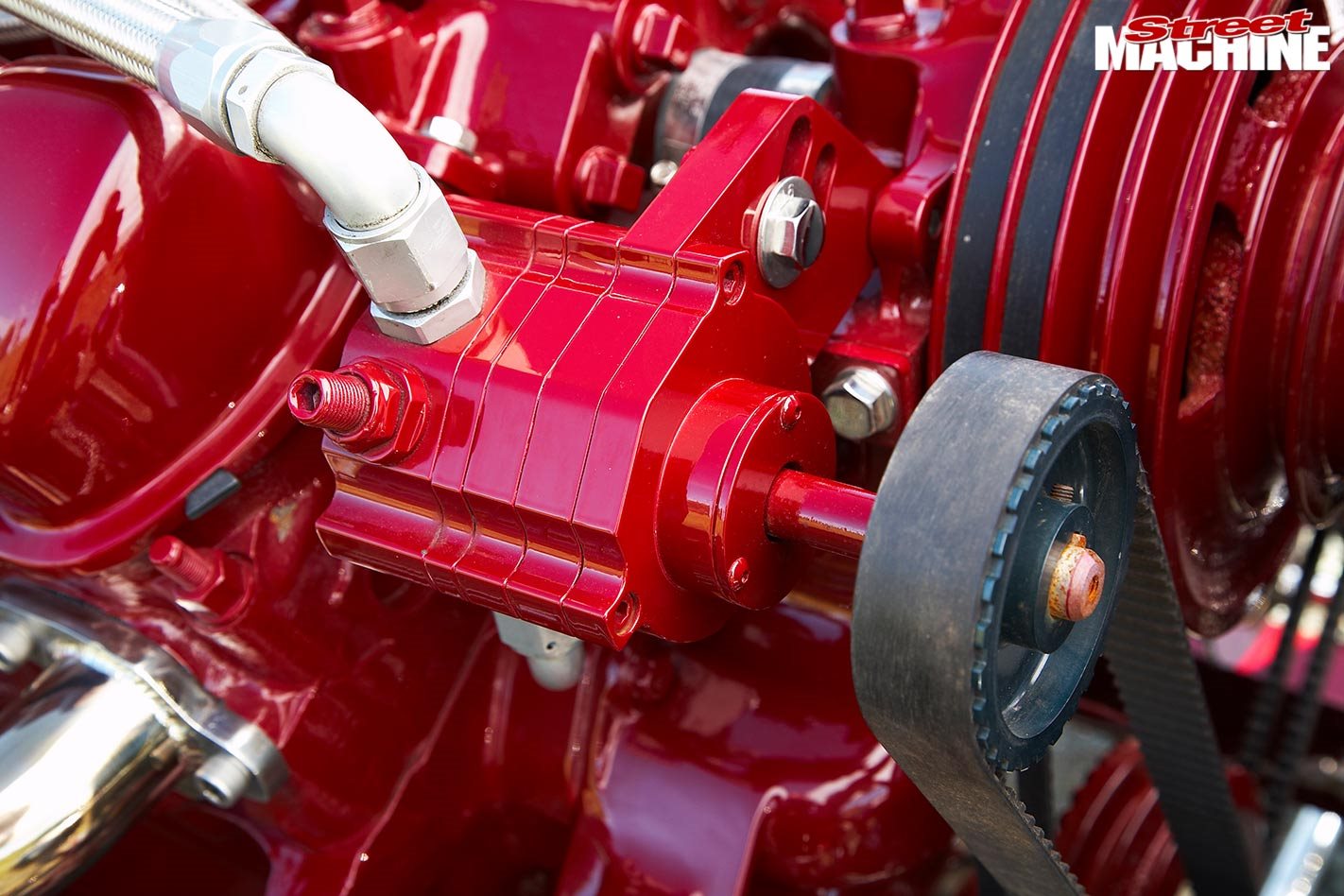 “We’re getting a couple of kays a litre but we’ll double that with a tune-up. I’m going to put a 2.5 centre in it; with the height of those tyres, every 1000rpm I’ll be doing 34mph, which should help.”

Getting the motor into the chassis wasn’t exactly straightforward. One of the main issues was the deep sump, which held around 20 litres of oil.

“Because I’ve grafted the Turbo 400 to it, we needed to get it lower. We put a winged keel on the sump so it still holds 20 litres,” Elvis says. Even so, the sheer size of the engine required some clever engineering. 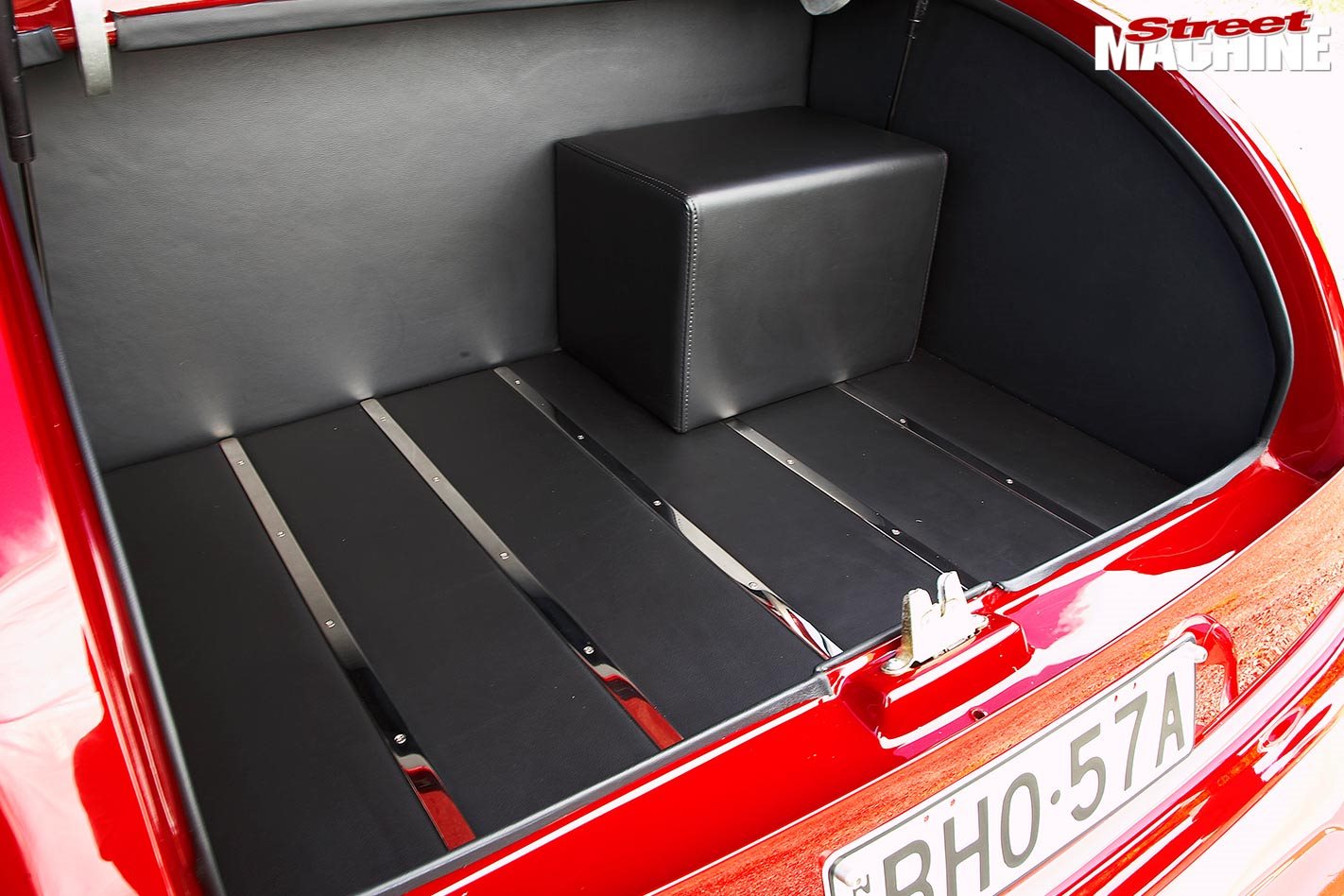 “It weighs 1485lb [675kg] dry and my engine hoist was having a tough time. The final lift I did with my forklift, then rolled the chassis underneath. I’ve centre-boxed the chassis with a 4mm plate on the inside as well. The extra weight of the car is a bit of an unknown.

“Painting the motor was a problem — we couldn’t put it on an engine stand. It took huge work to get the motor to where it is now. Because it’s a truck engine, they didn’t worry about making it pretty. 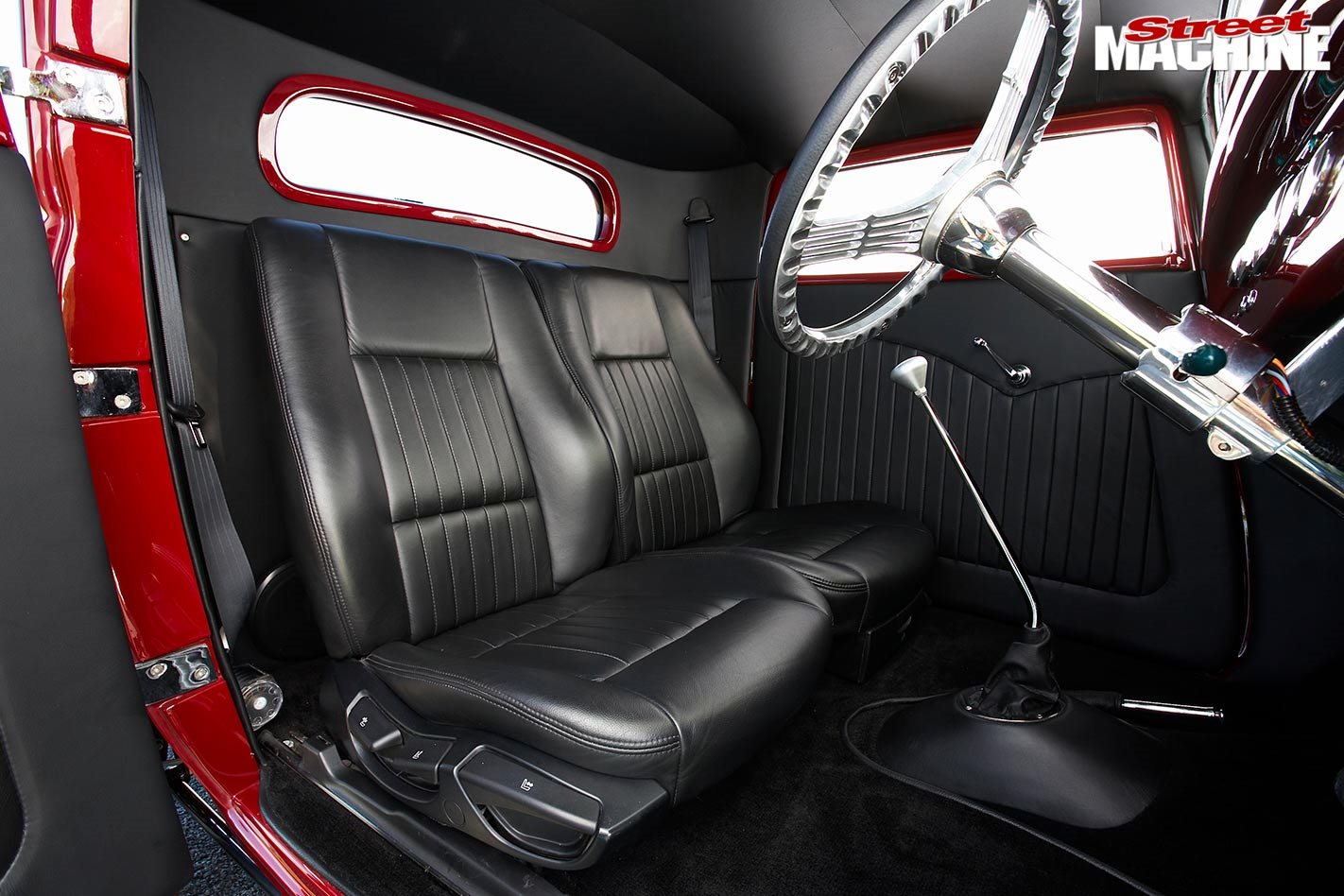 Parts are another problem: “We had to sleeve every pot because it was hard to find pistons. They stopped making them nine years ago, so finding a full set was a drama. It was weeks of numerous phone calls every day.”

Surprisingly, this behemoth breathes through two 350 Holley two-barrels. “People think the cubes mean you need big carbs but it’s not a revving motor so that’d be a waste. I’ve got it jetted right up because I didn’t want to lean it out, due to the rarity of the pistons, but even with the 350s, this thing has petrol pouring out the tailpipes.”

Another obstacle was ignition. The Twin Six has twin distributors running off a common shaft, one turning clockwise, the other counter-clockwise, controlling one bank each. Tom Carson at the local TAFE converted it to electronic ignition. The ’plug wires run underneath the intake as the sparkplugs are on the inside of the head. 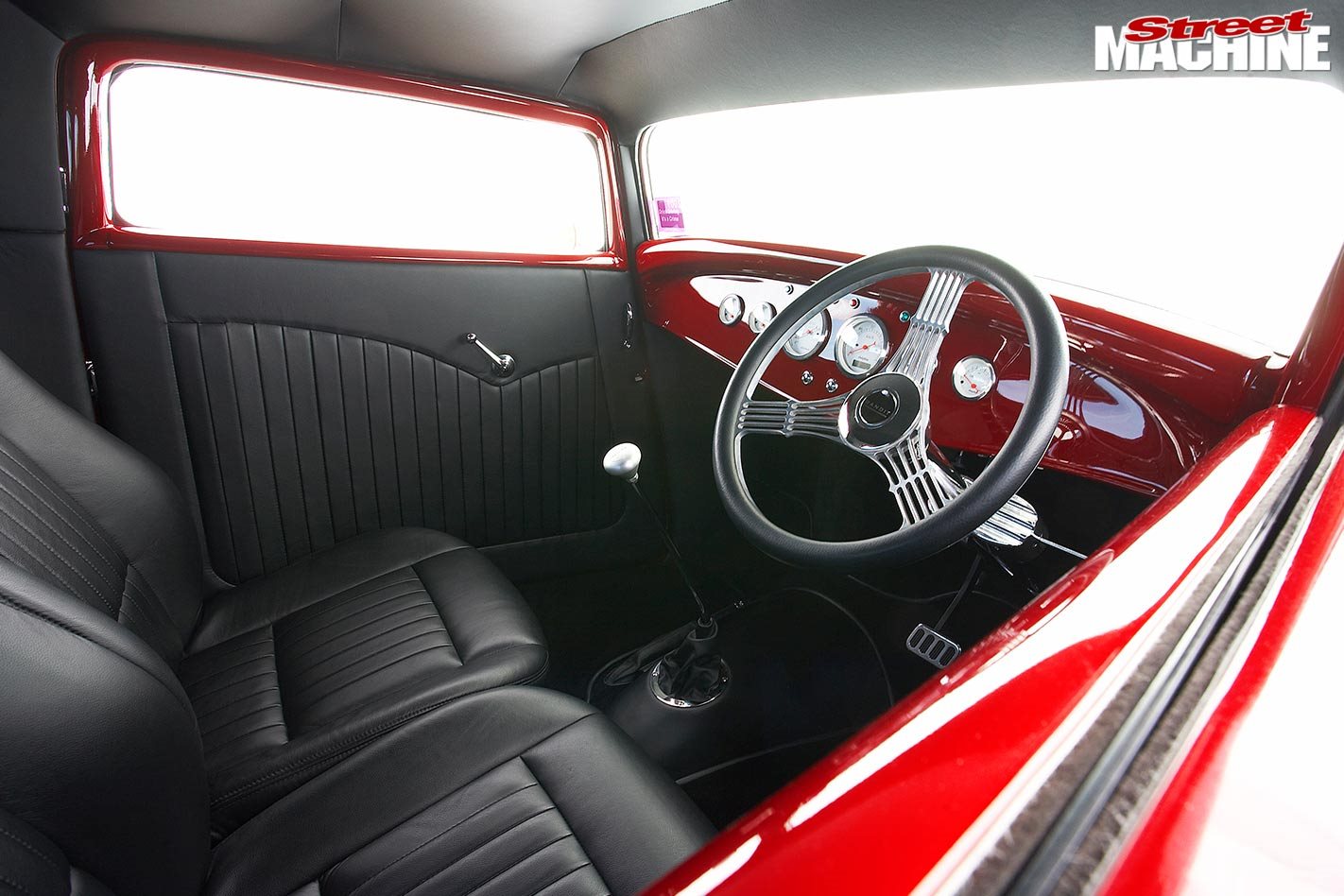 Keeping it cool is one of the biggest hot rod radiators Aussie Desert Cooler has ever built. “There are two radiators, one in front of the other, with one top and one bottom tank. I have no idea how much water it holds but I was standing there filling it up with a mate, and we were talking and I asked him: ‘Is that bloody hose still going?’ He checked and it was flat-out. I had to put an extra leaf in the spring just to take the weight of the fluids.”

It’s a wild creation and that’s not surprising as Elvis has a head full of wild ideas. Next he wants to build a 1927 Model T Tudor done up as a police paddy wagon, as a keeper. That’ll have another V12 — a flathead Lincoln — a top loader and a Dutchman quick change. 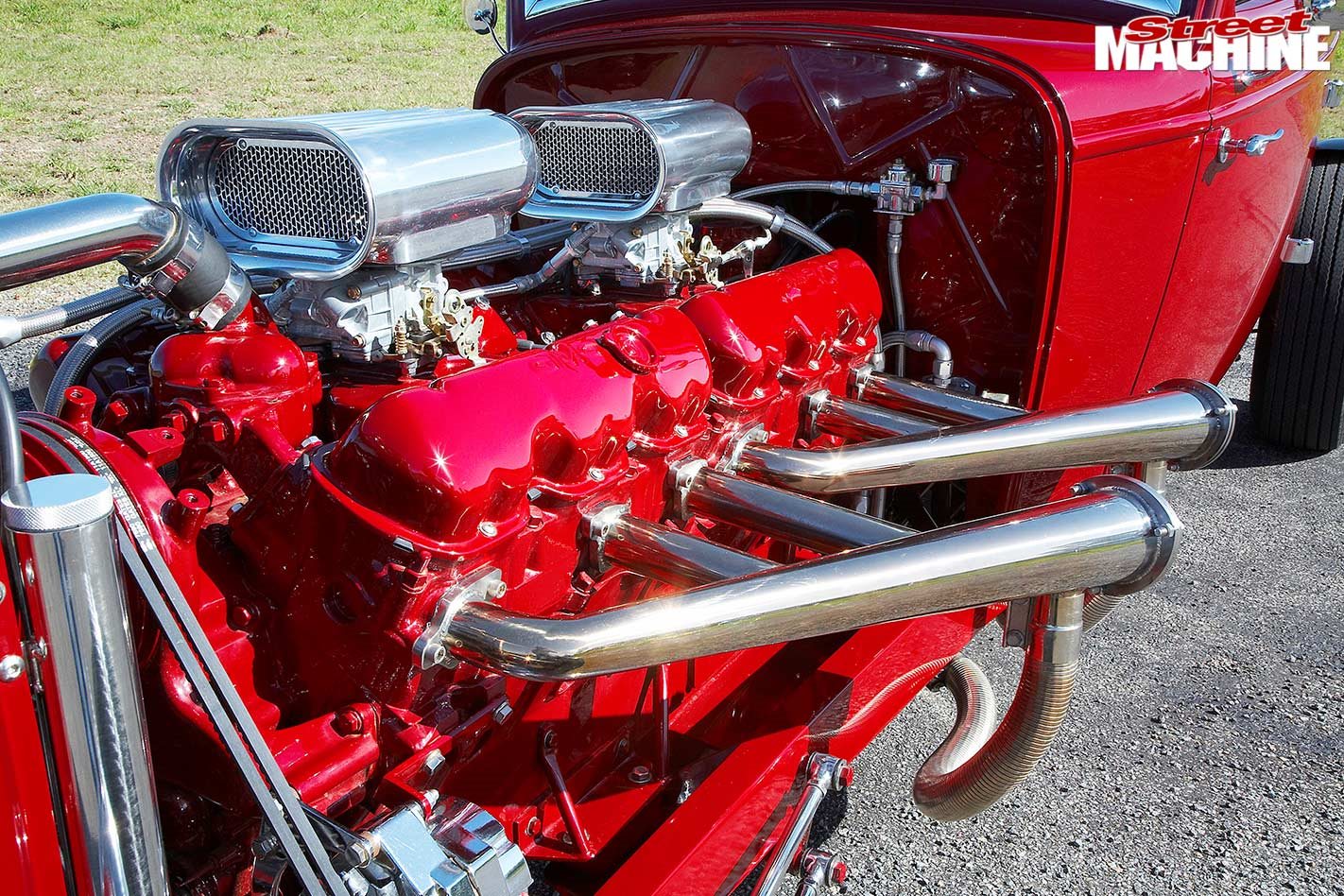 It looks like two V6s bolted together but it’s actually one V12 block with four heads and two separate intake manifolds. “The heads are interchangeable with a 351 GMC V6,” Elvis says

The 702 V12 is effectively two 351 V6 engines but although the V6 and V12 share heads, intake and exhaust manifolds and rocker covers, the V12 block, crank and cam are one-piece items.

The V6s were used in GMC pick-up trucks, while the V12 was for big stuff and built to last, with rugged internals, an extra-heavy duty block and heads clamped by six bolts per cylinder.

As well as being used for heavy transport, the engines were often used to drive stationary pumps, drawing water from deep wells to irrigate farmland, running 24/7 for years at a time.

“Diesel came of age in the 60s. These things had humungous torque and they could put monstrous irrigation pumps behind them. But the cost of fuel eventually priced them out of the market,” Elvis says. 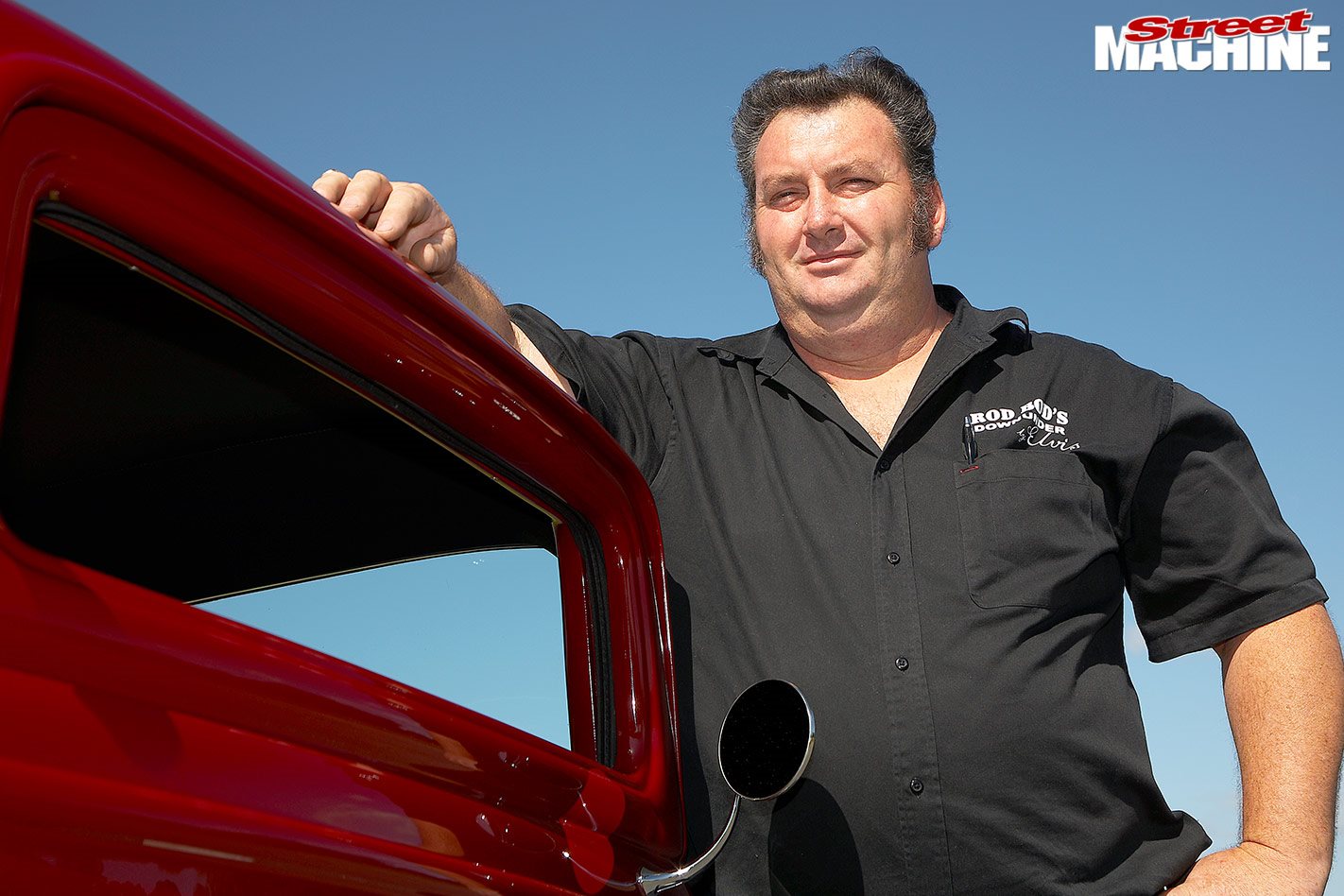