THE US component sits amidships, gnawing at the driver’s earhole and providing motivation at the same time. This is one trick set-up – a mid-mounted 351 Cleveland driving the wheels through a ZF five-speed transaxle – a real Euro meets US engineering feat that provides cost-effective grunt. 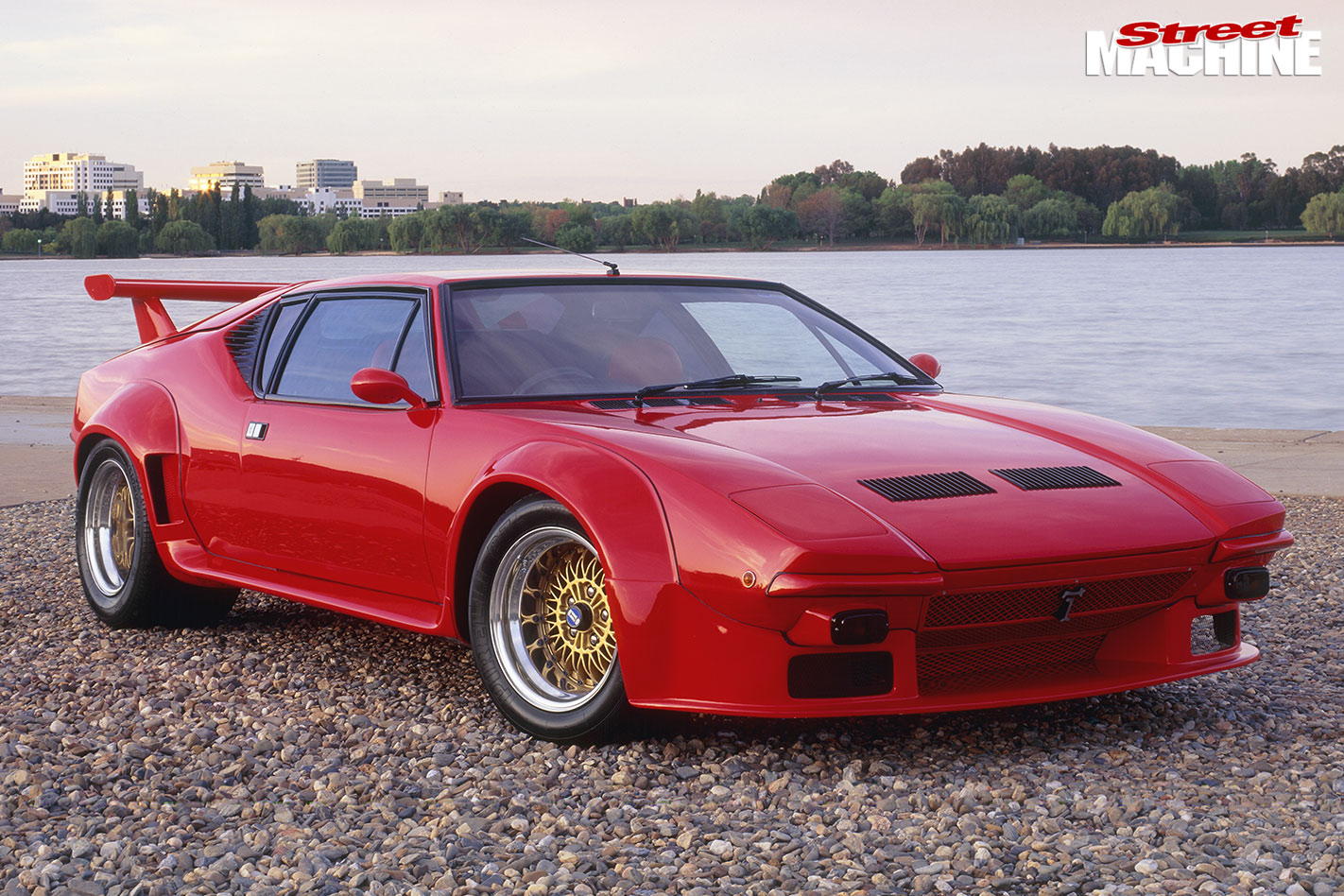 Brett Rumble is a Canberra-based plumber and drag racer. His garage has been home to a couple of Fords – an XB GT he’d built up as a street machine when he was 19, and later an XD Fairmont Ghia. The time had come to look for something a bit different.

It was 1989 when the ’77 Pantera popped into his gunsights. He found it was a brew of all the things he’d been looking for – an exotic car with a down-home heart. 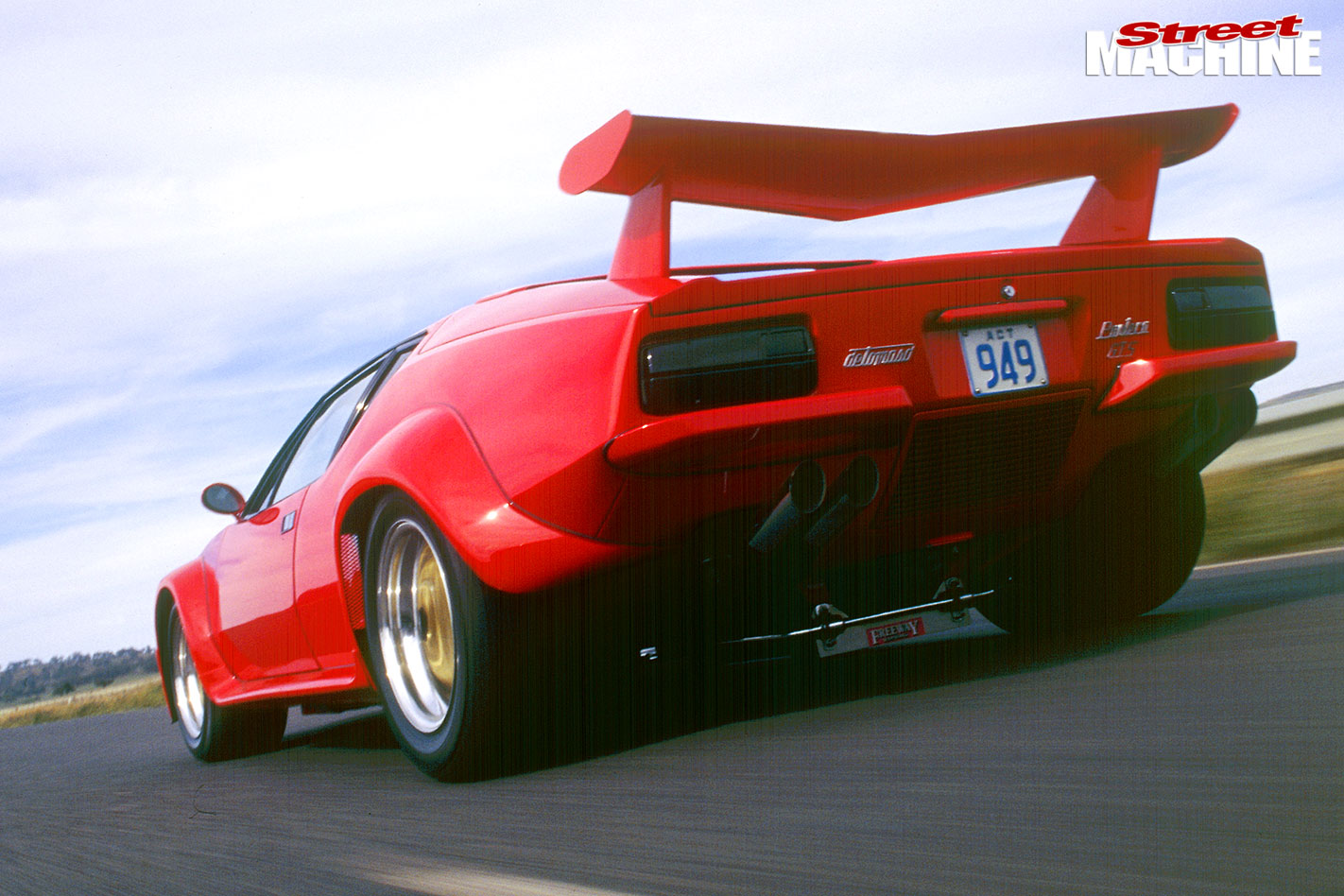 It took a couple of years before he decided to give her a bit of a spruce up and, as a lot of projects go, this one snowballed. What started as a comparatively simple paint job ended up a complete make-over, with inspiration from the boys at Freeway Bodyworks in Queanbeyan. And Brett, armed with a stack of paperwork, sat down to figure out what variants the Pantera offered.

You’d expect parts to be the major headache, but to Brett’s surprise he found they were available from Italy. He called on the factory to supply him with the goodies that would bring it up to GT-5 specs – bolt-ons designed to allow Panteras to race in the Group 5 category – thus the ‘5’ in GT-5. The kit includes the fibreglass front spoiler, flares, skirts and the wing. 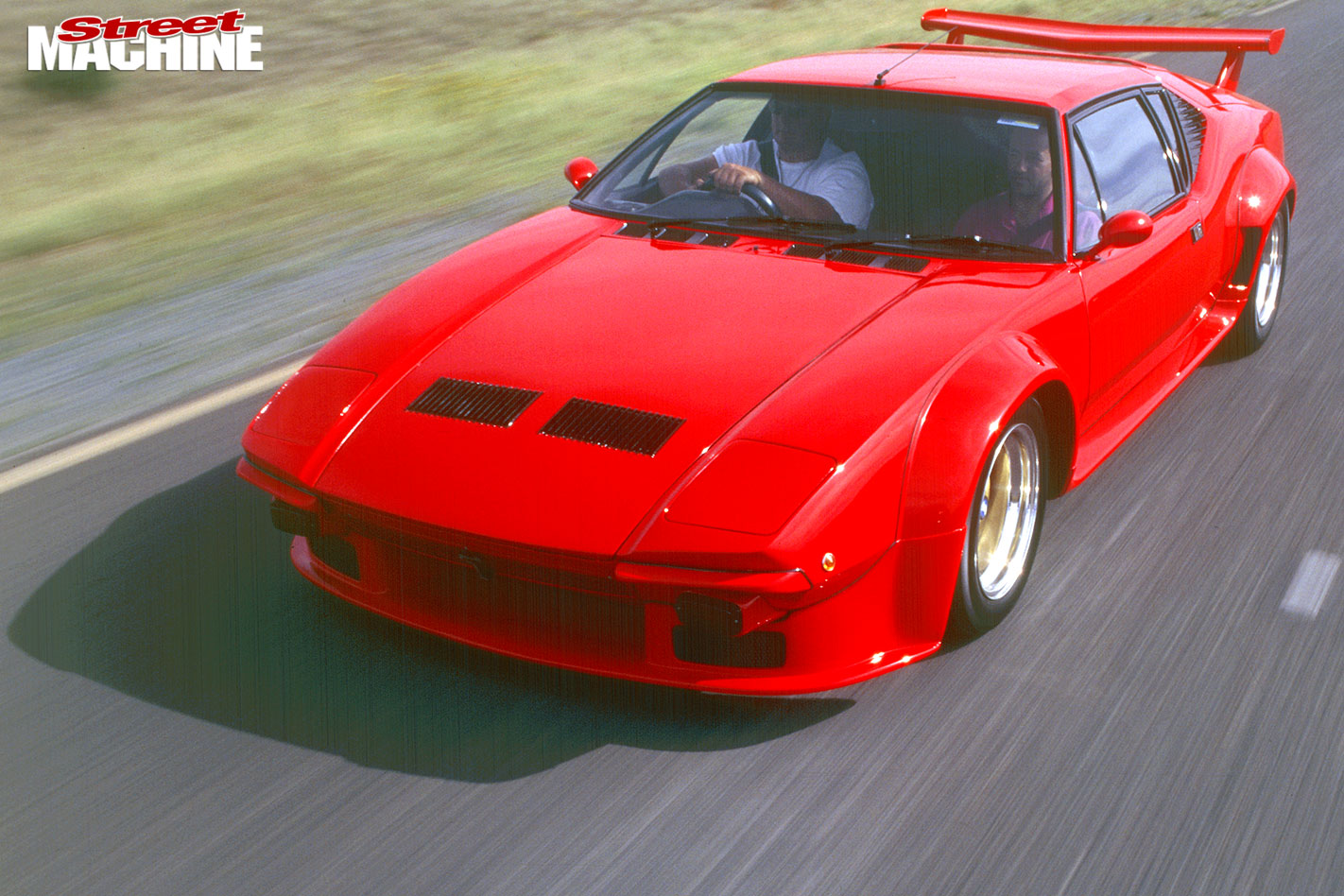 The mesh grilles under the front indicators and the vertical intakes ahead of the rear wheel arches are brake ducts. Brett left the plumbing out – basically because it’s for racing, and he figured it’d just be something else that could go wrong on the street. Sourcing consumables, like brake pads for the 280mm discs, is a bit of a mixed bag. The rears are available here, but the fronts have to be imported.

Other than the add-on, the body is an all-steel monocoque suspended on upper and lower wishbones at both ends. Brett fitted adjustable coil-over Konis and replaced the original Campagnolo hoops with Simmons alloys – 15x10 up front and 15x13 down back. Driven Pirelli P-Zeros are 345/35, while the fronts are comparatively high profiled at 285/40. Brett says the shocks and tyres have improved turn-in heaps, and backing off the throttle mid-corner doesn’t flick the tail out. 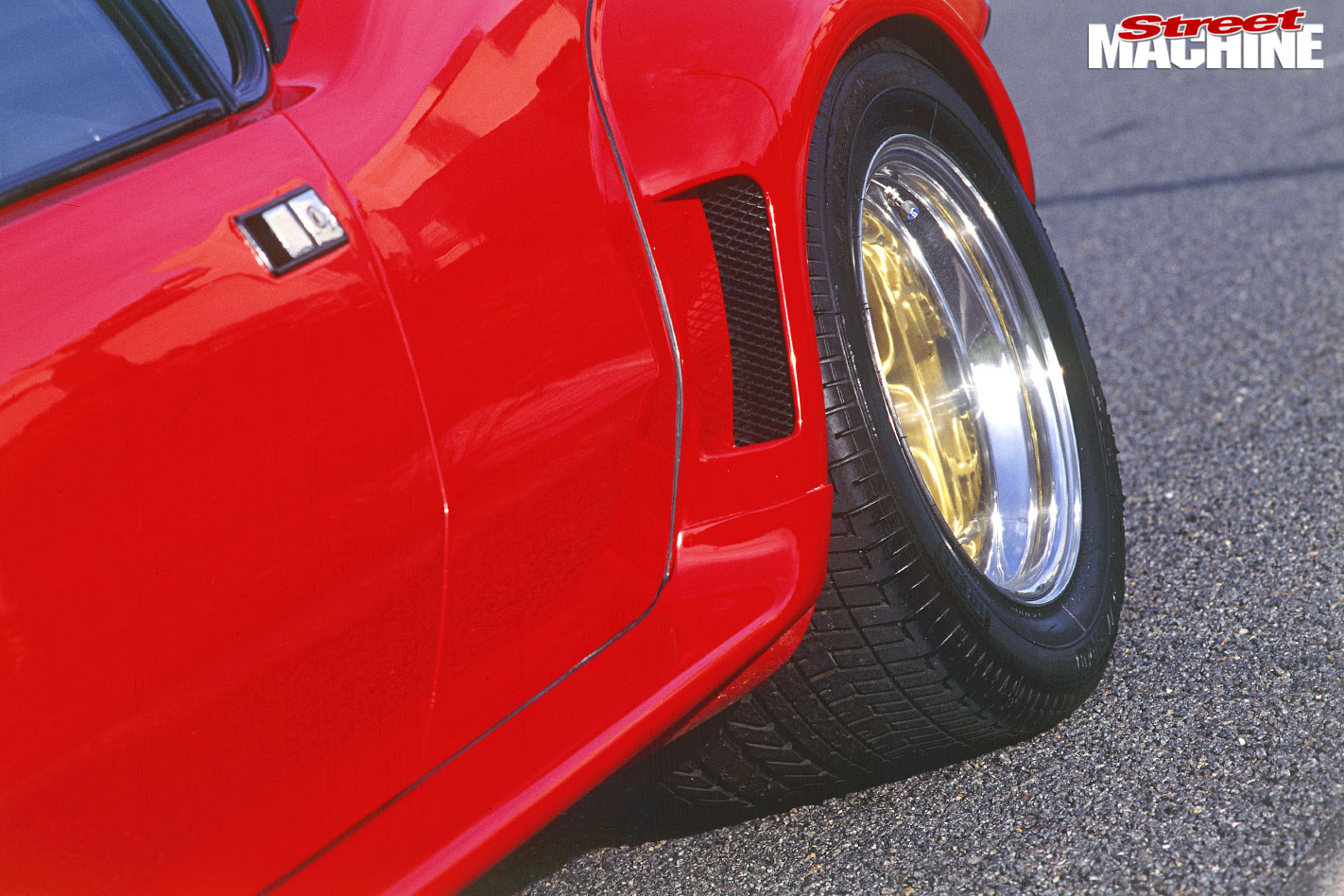 Stock Panteras run the 351 Clevo, although later models run an asthmatic version of the 302 Windsor to comply with emission regs. Brett’s came with more than enough grunt to lug the 1460kg bodywork around, but Brett’s put in a few hours improving the power-to-weight ratio. And he didn’t do it by reducing the weight! Starting from scratch, a completely new engine was built, specced to offer 420hp and 404lb-ft. Thus equipped, she’ll put down 12-second quarters and should crank out a top end around the magic 300km/h mark. (Brett should know – his Escort panel van ‘Sudden Impact’ pulls mid-9s at 141mph at Calder and Eastern Creek.) 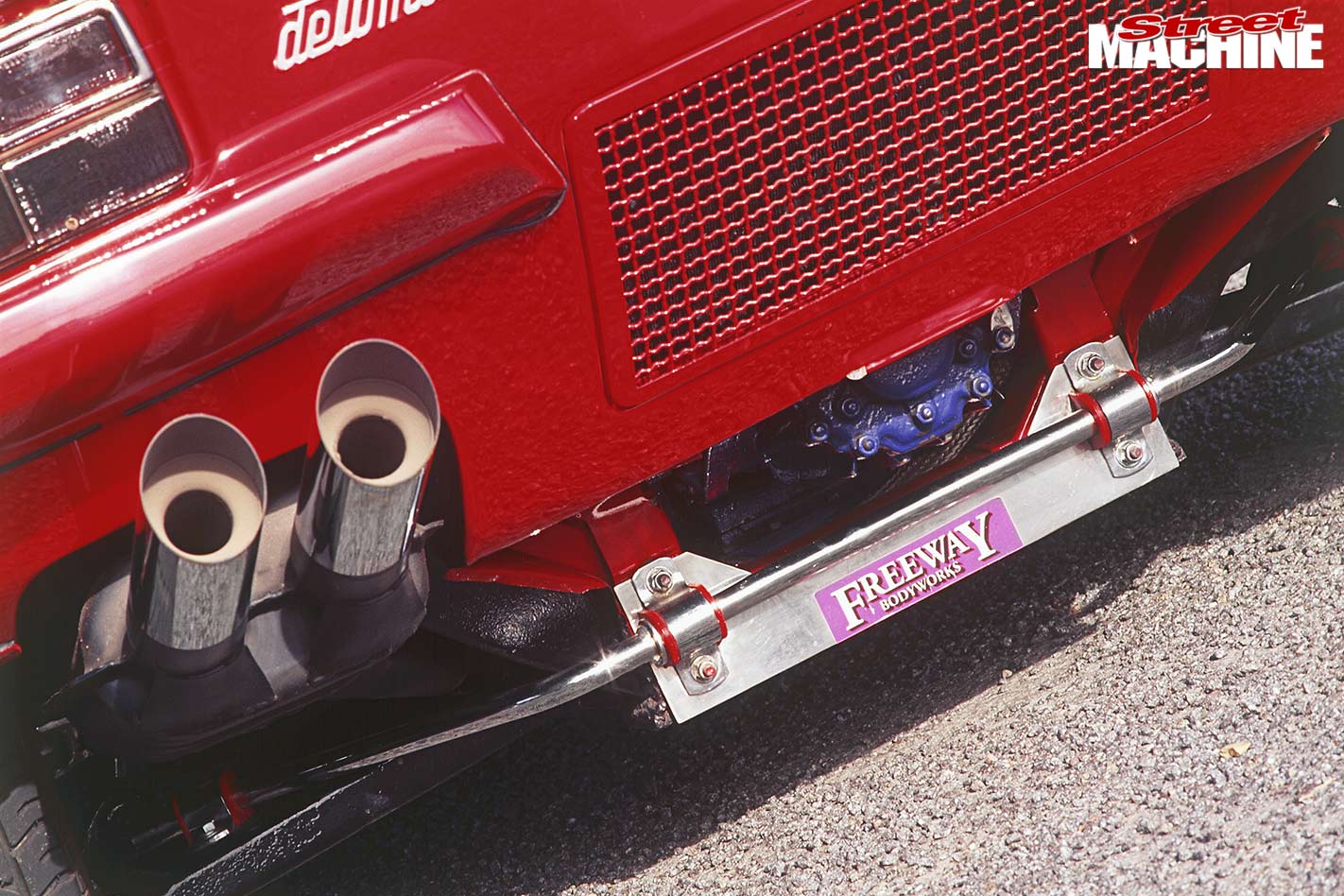 The Pantera owes its added surge to the right hardware, in this case a Holley 750 double pumper, Edelbrock Torker, Accel ignition, 11.5:1 pistons, Crane cam and a heap of TLC during assembly. It’s all finished off in custom Candy Blue, making for a real pleasant eyeful in that unusually located engine bay.

To avoid axle problems, he imported from the States driveshafts rated at 800hp. And in case you were wondering, that thermo fan on the rearmost panel dissipates heat from the air conditioner. 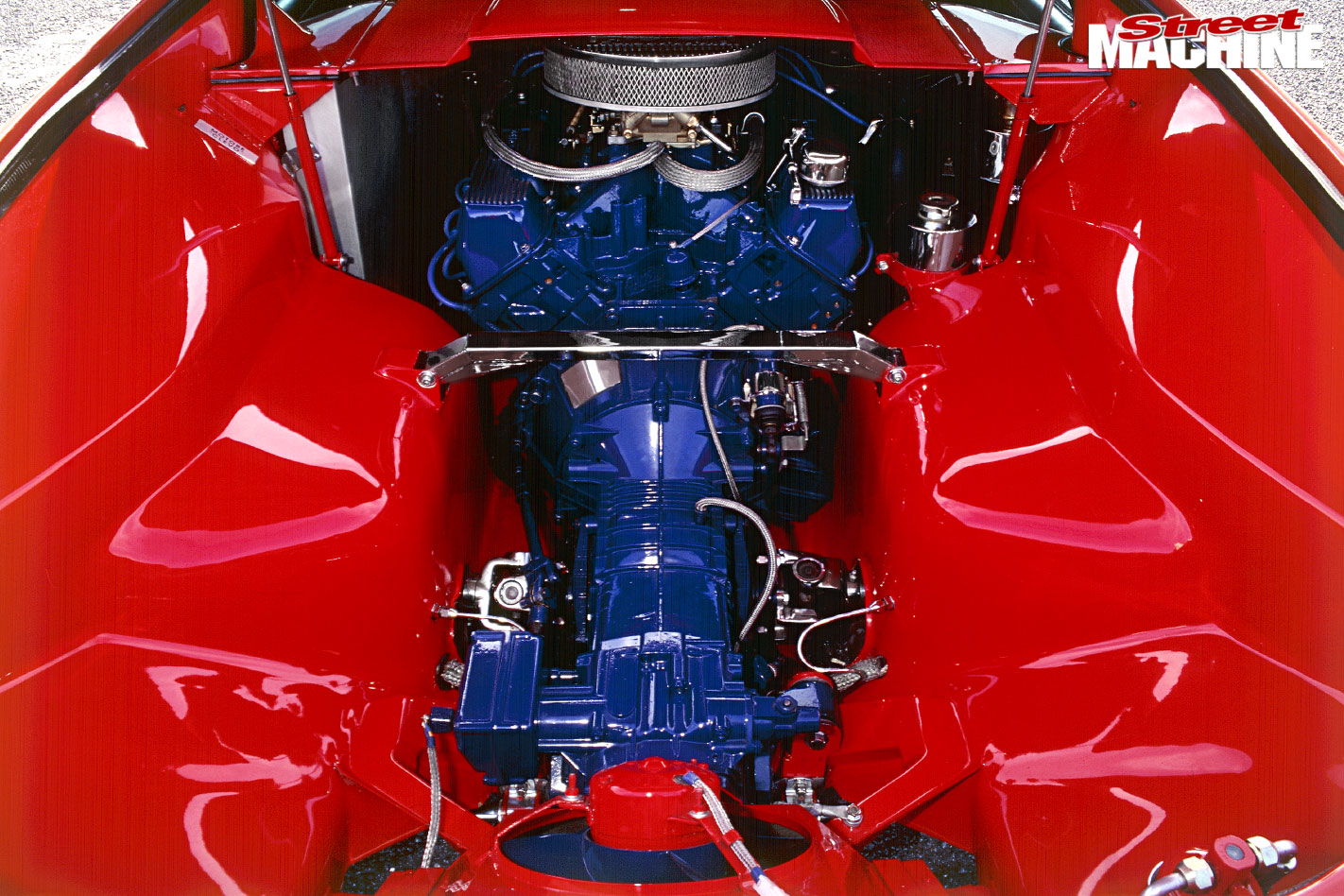 It wasn’t all plain sailing. For starters, the body kit fitted like Roseanne’s skin – all wrong. Trying to suss the tangled web of underdash wiring was another nightmare. There’s a sneaky little cable routed under the carpet from the hazard switch to the coil. If the insulation wears through – and it does – it’s a major bummer, dude…

Brett couldn’t be more rapt with his car, and he wanted us to have a perve at Summernats 7. But Canberra’s finest didn’t agree, turning him back home for the duration. They reckoned the Ansa pipes were too loud. But I wonder if they ever saw super-spunk Leanne Eddleston’s Hot Pink Pantera. Mate, that was loud! 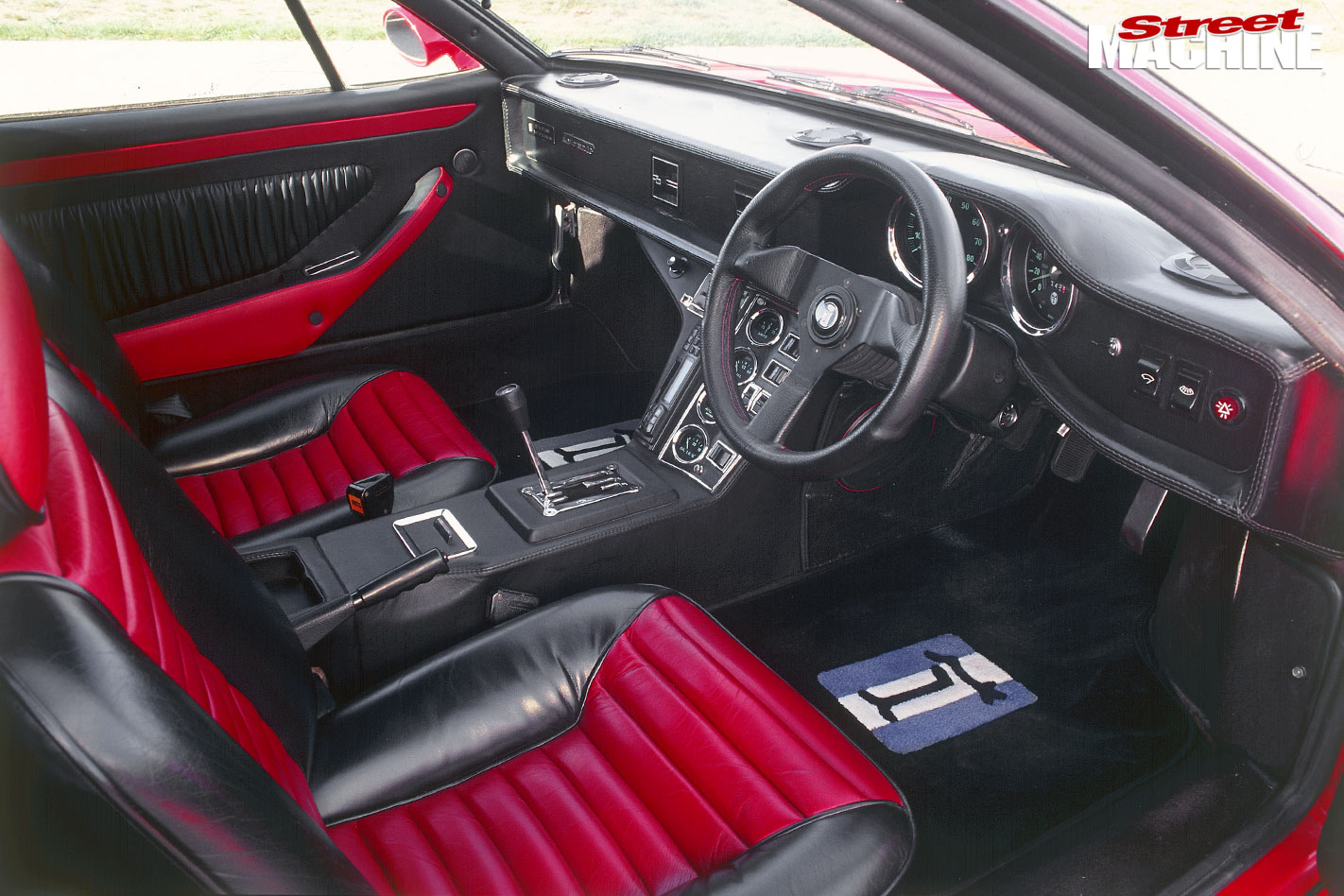 The first Pantera rolled off the line in 1972 when Argentinian Alejandro De Tomaso bought the Italian Ghia works. Ford US bought into the project, thinking to sell the beast through its Lincoln dealers. 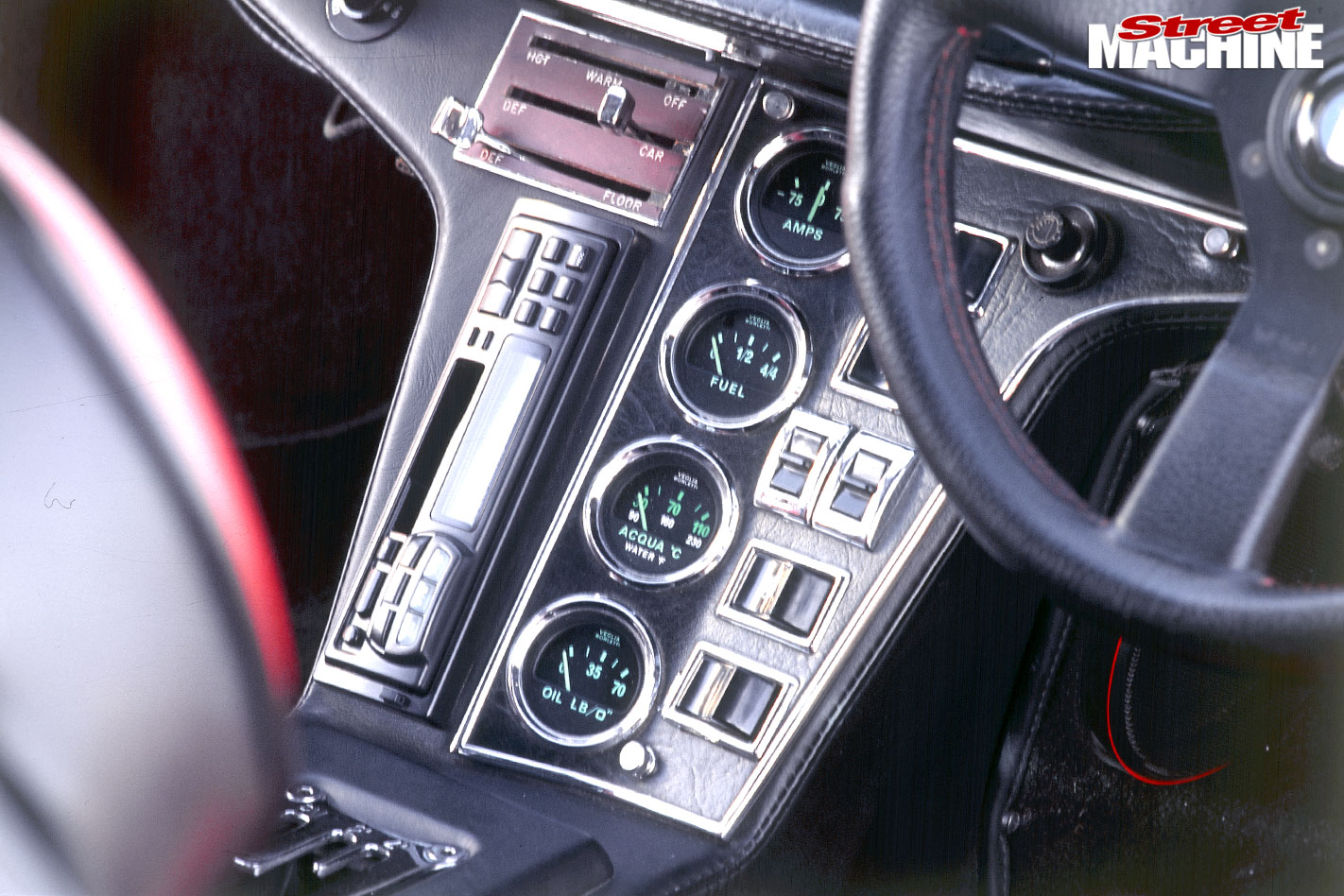 It took a couple of years until the car was ready. De Tomaso had problems accommodating US design regs, and the whole plot went tits up.

Ford finally bought its way out of the venture and De Tomaso soldiered on, building Panteras until the mid-80s. That’s when Australia got a look-in. Ford had stopped US production of the Cleveland, so Paul Halstead of Sydney’s Toy Factory hatched a plan to supply Aussie-built Clevos. For a time, incomplete Panteras were shipped to Oz to be fitted with the local 351. 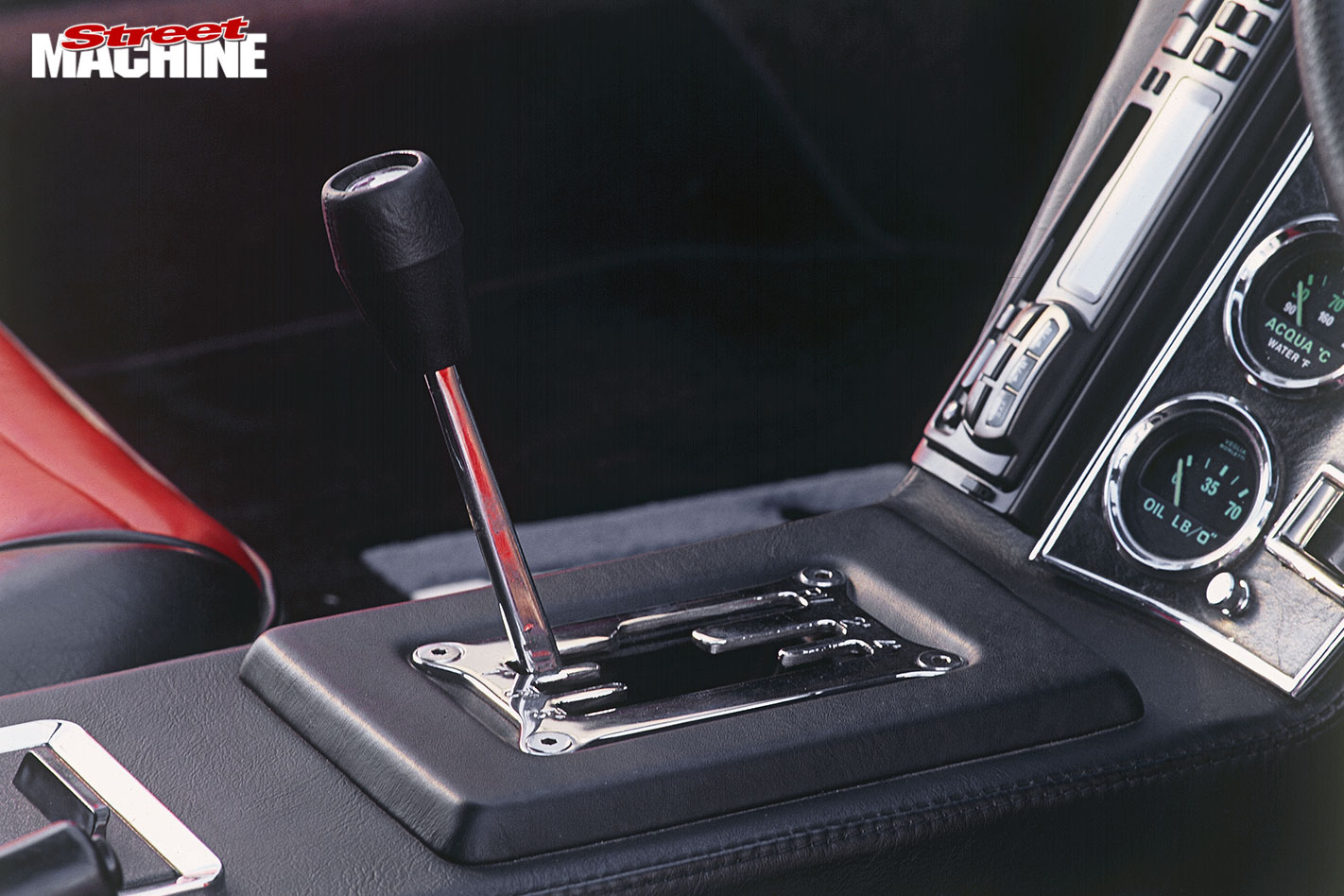 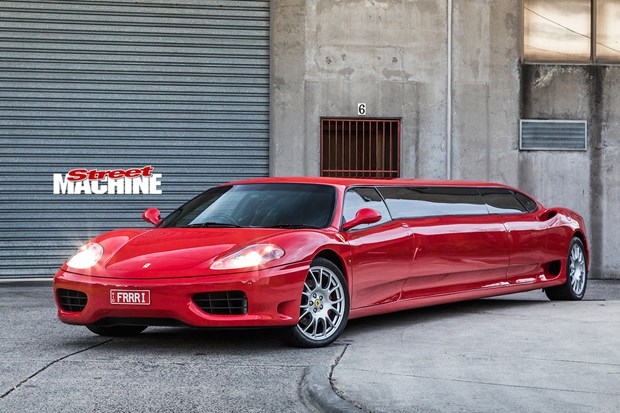 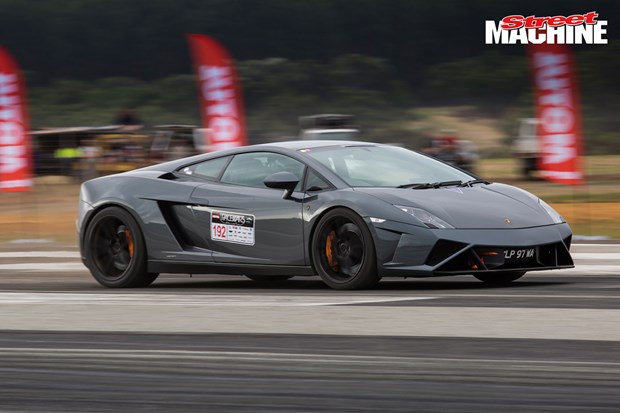