MARK Navacchi knows the exact origins of this fine ’66 VC Valiant. The keys were handed directly to him in 2005 by his grandfather, who bought the Val new. “Nonno gave me the keys as my graduation present. He was so proud of me for seeing school through,” Mark says. 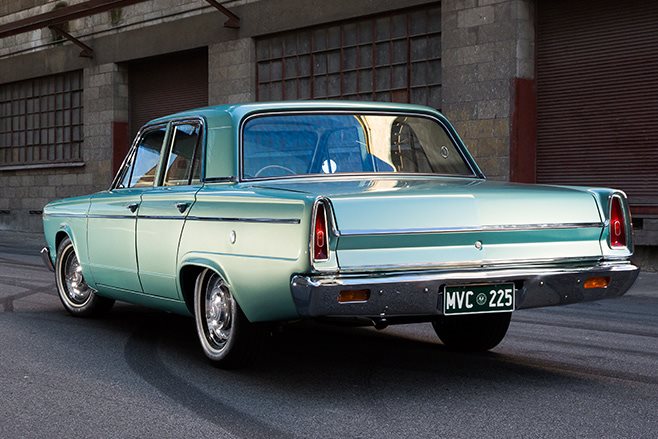 Nonno – Danilo Zuccon – worked at the Chrysler factory in Tonsley Park, South Australia, where he was a mechanic-cum-foreman, and the sky-blue/white-roof VC was his daily driver, even sporting a tow bar and tow mirrors bolted to the front fenders. 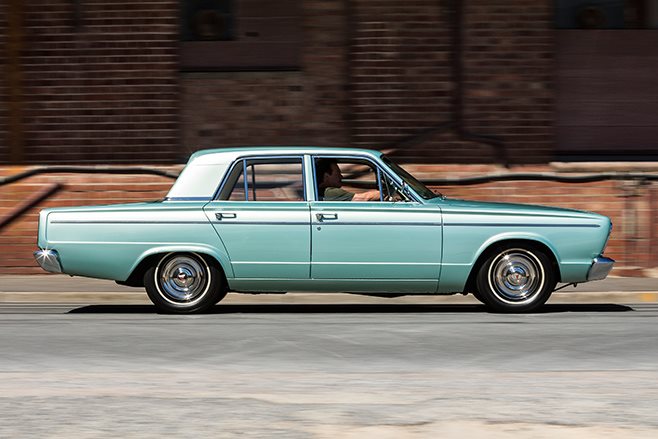 “He’d drive the car to his holiday home in Cape Jervis towing a boat, with a trailer behind that! How he got away with it, I have no idea,” laughs Frank Navacchi, Mark’s dad and Danilo’s son-in-law. “Everyone nagged him to get a new car with power steer and air con, so in the early 2000s he bought a nice AU Fairmont Ghia. He never liked it as much as he did the VC.” 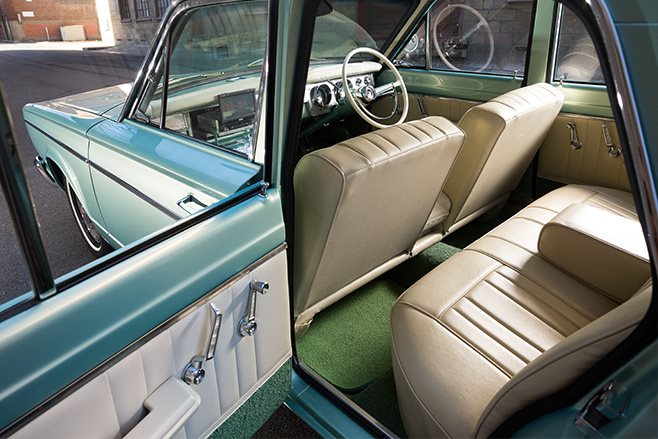 The car was completely original when Danilo presented it to his grandson, and teenage Mark set about ripping straight into the VC. “There were no dents whatsoever and a little rust in the rear lower quarters from when Nonno used to launch the boat,” he says. “At that stage I wanted to restore it in dedication to my grandfather, but it didn’t go that way.” After sending it off for a respray, the result wasn’t to Mark’s liking, so he parked it for six months to figure out what to do. 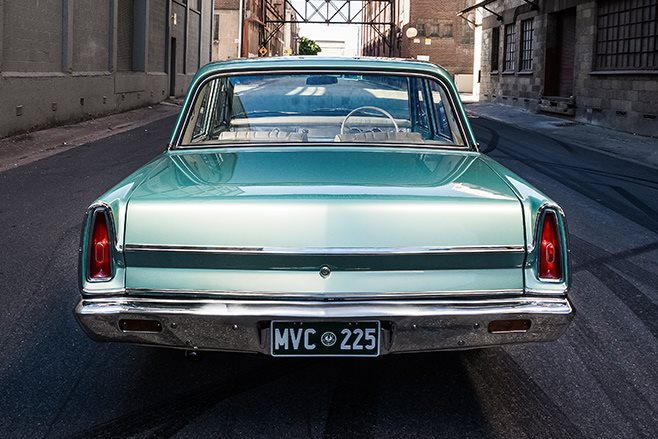 “I’d already put so much money into it – I was working three jobs just to try and support it – so I figured I may as well go full-bore. I wanted a Summernats car: black, tubs, 20s and a blower hanging out of the bonnet,” he says. 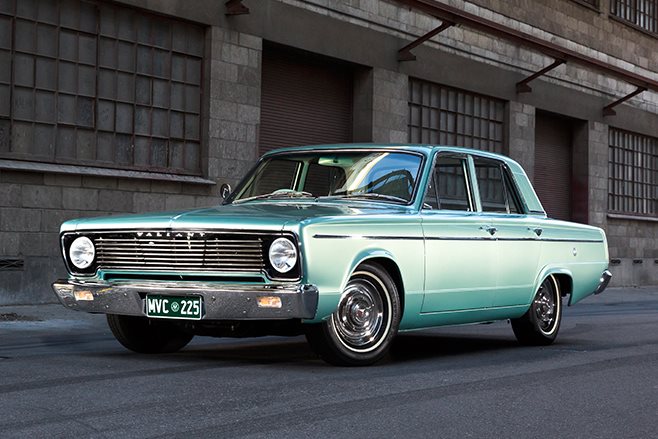 Subtlety is the key with this cruiser. Mods are minimal yet stylish, with outside cues being the flat fuel cap, removed lower rear door and wheelarch chrome and the standard drop towards the bitumen

Frank convinced Mark that, given the car’s heritage, a milder build might be more suitable. In any case, Mark really couldn’t fund his bold plans. So he started the process again from the front, cleaning up the engine bay by removing bumps, burrs and seams for a smooth finish. With the car already a good canvas, it was soon off for a final tidy-up and a second splash of colour. 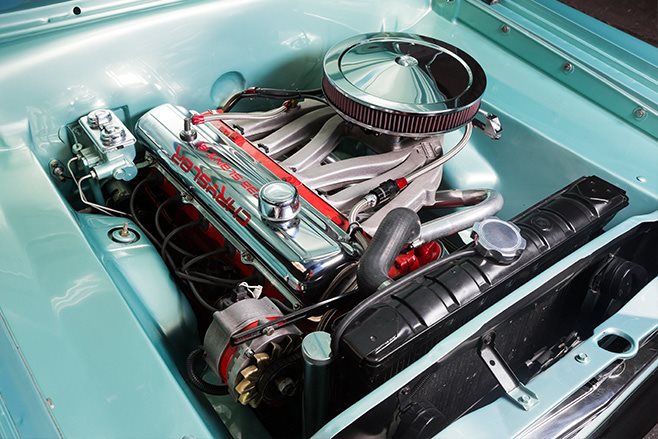 The motor is a nicely warmed-over 225ci slant-six with a Waggott cam, forged pistons, 11:1 compression and a Quick Fuel four-barrel. It’s good for an estimated 220rwhp

The minimal bodywork and complete spray job was handled on the weekends by a bloke called Andy. Mark also gave Andy a hand with the smoothed fuel cap and the dash rework, removing the radio and ashtray for a more seamless look. Next, Mark found a hue that’s a nod to the factory tint – the stunning custom Honda Mist Opal Green with pearl overlay you see here – and had Andy expertly lay it on. “It was fairly cheap and it came out really good,” Mark says of the mile-deep finish. 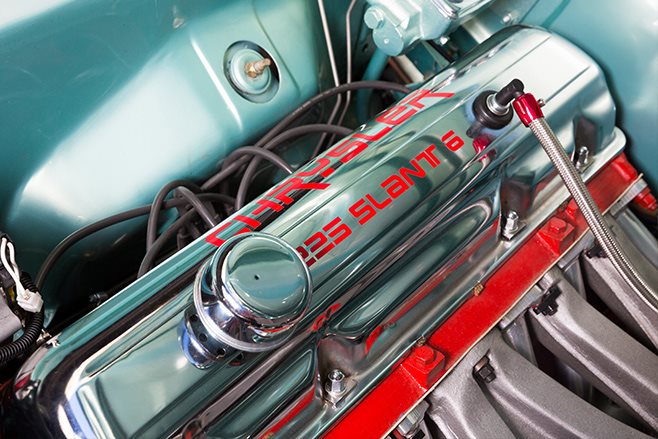 Under the hood lies another family connection. “My uncle Lawrence Coppola is a motor mechanic who previously had a hot slanty, so he offered to teach me to build mine,” Mark says. “He came around to my grandma’s place, where the car was stored, every Sunday for about six weeks.” The 225ci slant-six was given a mild upgrade, cleaning up the head, adding a Waggott cam, forged pistons and a modified crank. 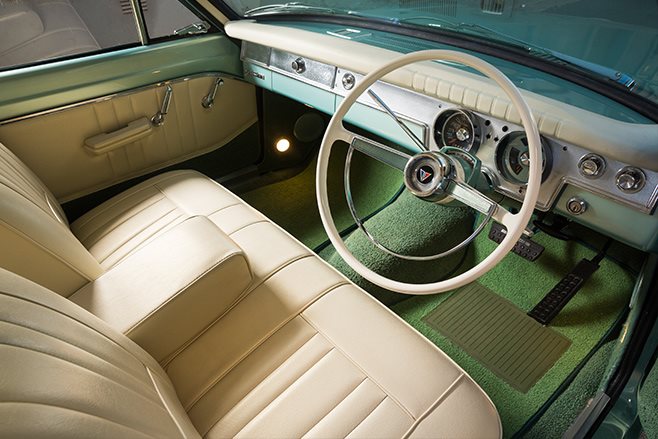 Once it was built they slid the donk into place, then Mark painted the undercarriage and refurbished or replaced the almost 50-year-old bushes, hoses, every nut and bolt and the suspension components. 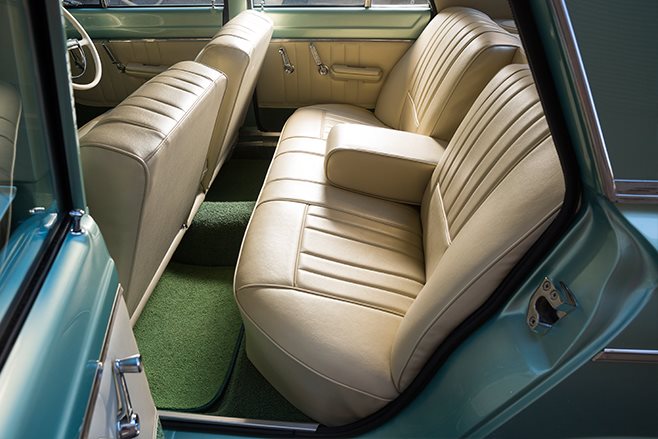 Everything was going swimmingly until Mark received a transfer to Queensland for work. This left Frank holding the baby, so to speak. Frank and Mark worked together remotely, allowing Frank to plow through the remainder of the build, and on holidays Mark would head back to Adelaide to lend a hand. 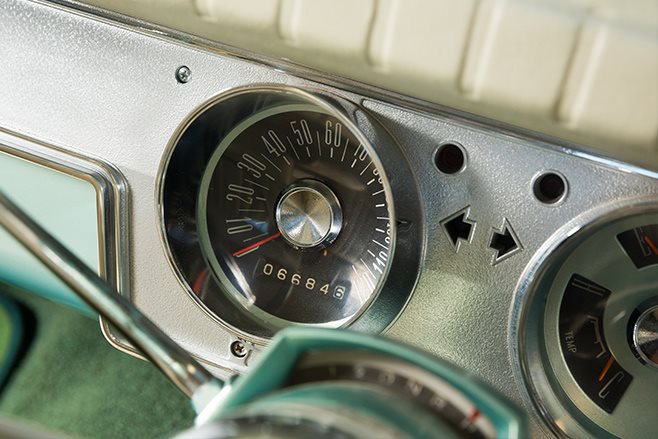 “Mark had cut all of the electrical wires in preparation to hide them, but he didn’t label anything,” Frank says. “So I did a lot of tracing back and had Rick from Rick’s Mobile Auto Electrics lend me a hand.” 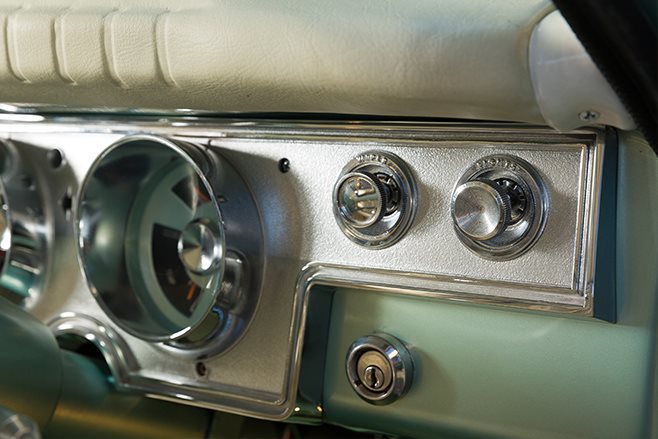 Another massive help to Frank was the fact that he was working on a locally manufactured car, and, being a chatty fellow, he met people who were on the Chrysler production line. “I met a bloke that helped design the VC,” he says. “He gave me a lot of tips on what was correct to the car, such as the boot rubber.” 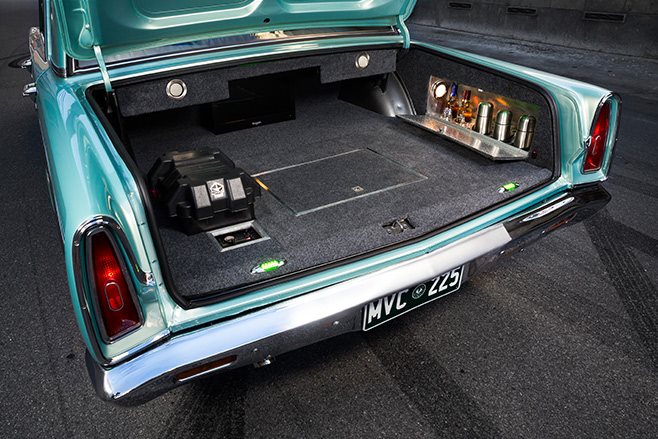 Frank says the VC’s a picnic car, and the boot is where it’s at. “I’ve added two 240V inverters in the boot to run my espresso percolator,” he says. There’s also a bar sporting 18-year-old Chivas Regal scotch!

And the boot is certainly Frank’s domain. “I’ve installed a DVD player in the glovebox with a synced screen in the boot. I’ve also added a small bar and provisions for my coffee machine – it’s a picnic car,” he laughs. 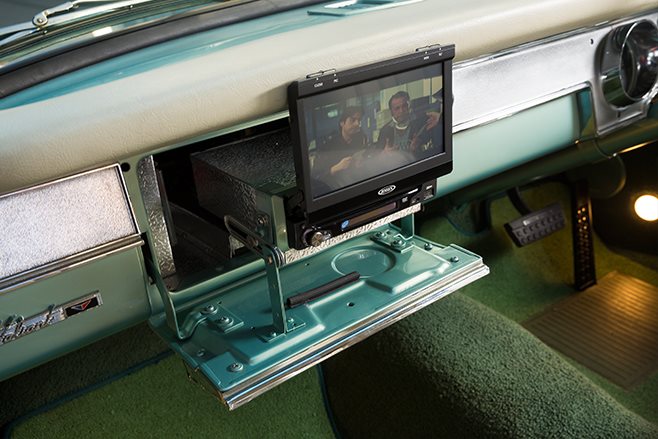 Mark and Andy deleted the radio and ashtray to smooth the dash. Frank then mounted a stereo and DVD player in the glovebox, which is synced to the screen in the boot

Inside, the cab has been given a Regal-style overhaul. Frank furnished the original front bench base with bucket tops to replicate Regal seats. They were then swathed in pearl-cream vinyl thanks to Kevin Horgan. 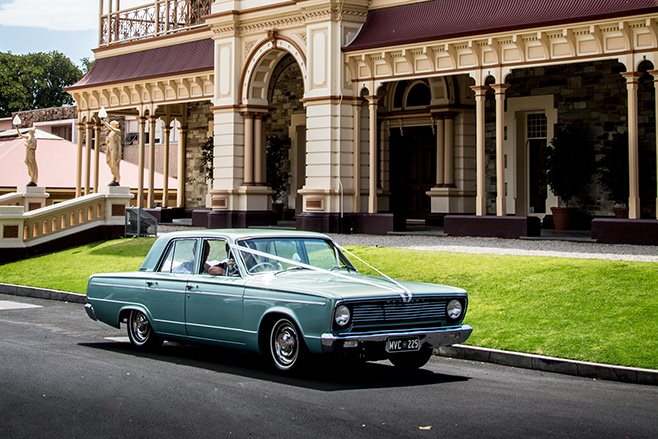 With the finishing touches complete, and after a decade of work and a change of builder mid-stream, the ol’ Val hit the road again on Valentine’s Day 2015. “The first outing was taking my niece to her wedding, in the car that belonged to her grandfather,” Frank says. “The whole family was so proud of what Mark had achieved.” 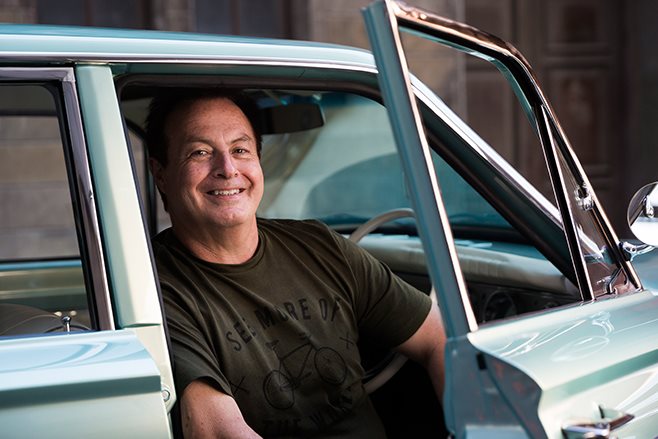