After building a swag of Ford and Holden utes, Rob Anderson decided to do something rare

After building Ford utes and Holden utes and more Ford utes, Rob Anderson felt the need to do something different

DON’T you hate finding out your new project car isn’t as tidy as you thought it was? Rob Anderson knows that feeling. Building this ’71 Valiant ute has been an eye-opening experience for the South Queensland-based enthusiast.

“I started on another ute. It was one of the early VGs, one of the Dodges. I began pulling it all apart, and the passenger side of the floor was knackered. I also didn’t like the driving position — it was cramped. The back bulkhead had a bit of rust so I started cutting that out and after a couple of days I thought: ‘Oh no, this is pretty full-on.’ 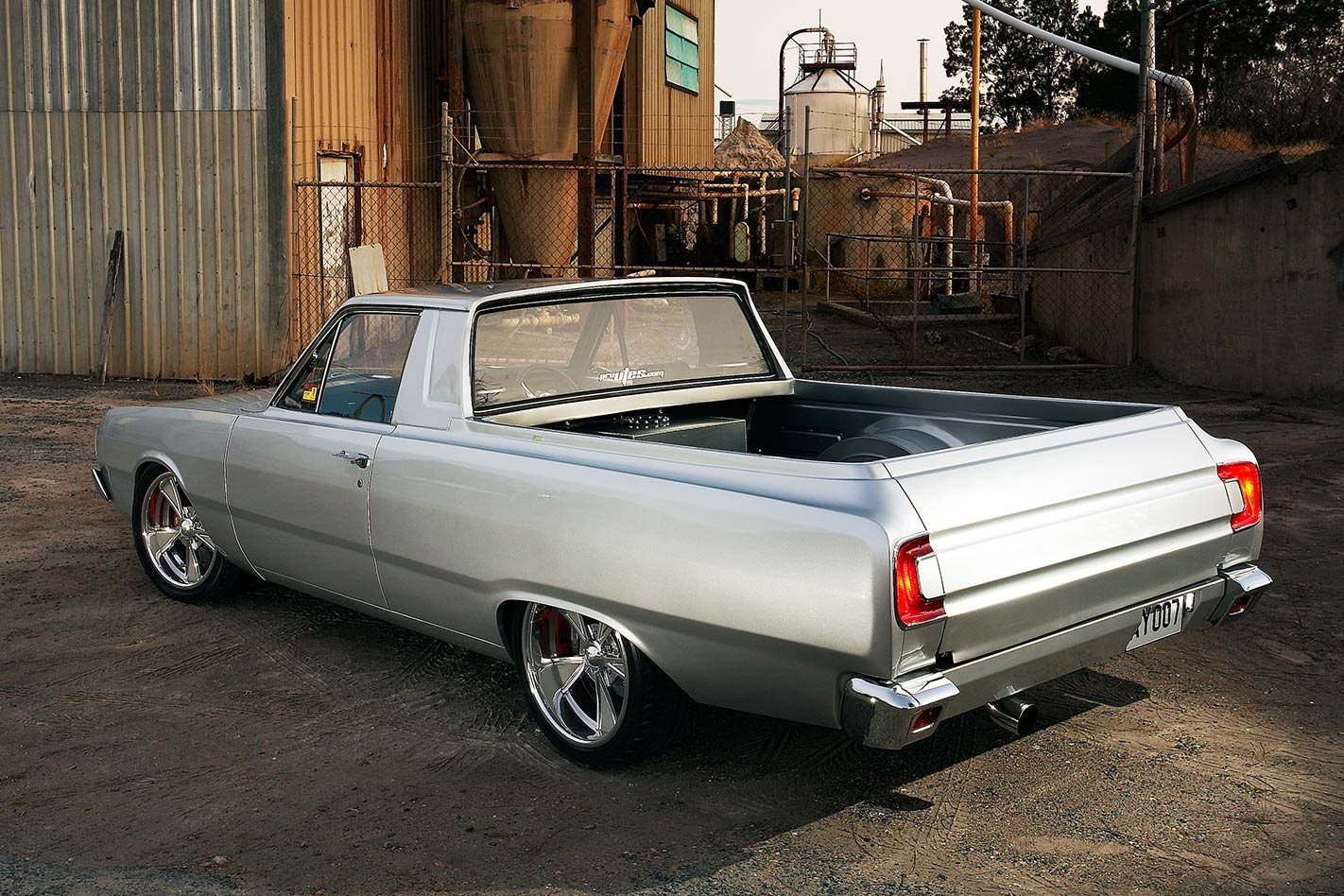 Gone are the factory fuel filler and tank, replaced by an alloy fuel cell in the tray

“Then this one turned up in the Trading Post, up at Logan, and I went and had a look. The floors were good so I thought: ‘Bugger it — I’m changing projects.’ I’ve still got the other one out the back, actually.”

Rob wasn’t a Valiant guy at the start; he was just after something different from the usual Holden or Ford.

“I had an AU Falcon, and I was in the ProUtes club. It was hard to be an individual,” he says. “I had a mate who was into the Vals. I’ve had everything — Fords, Holdens, always utes — and I just thought: ‘Yeah, do the Val.’ It was going to be a quick respray and drop a nice 265 in it, and it was the usual story, it just got out of hand.” 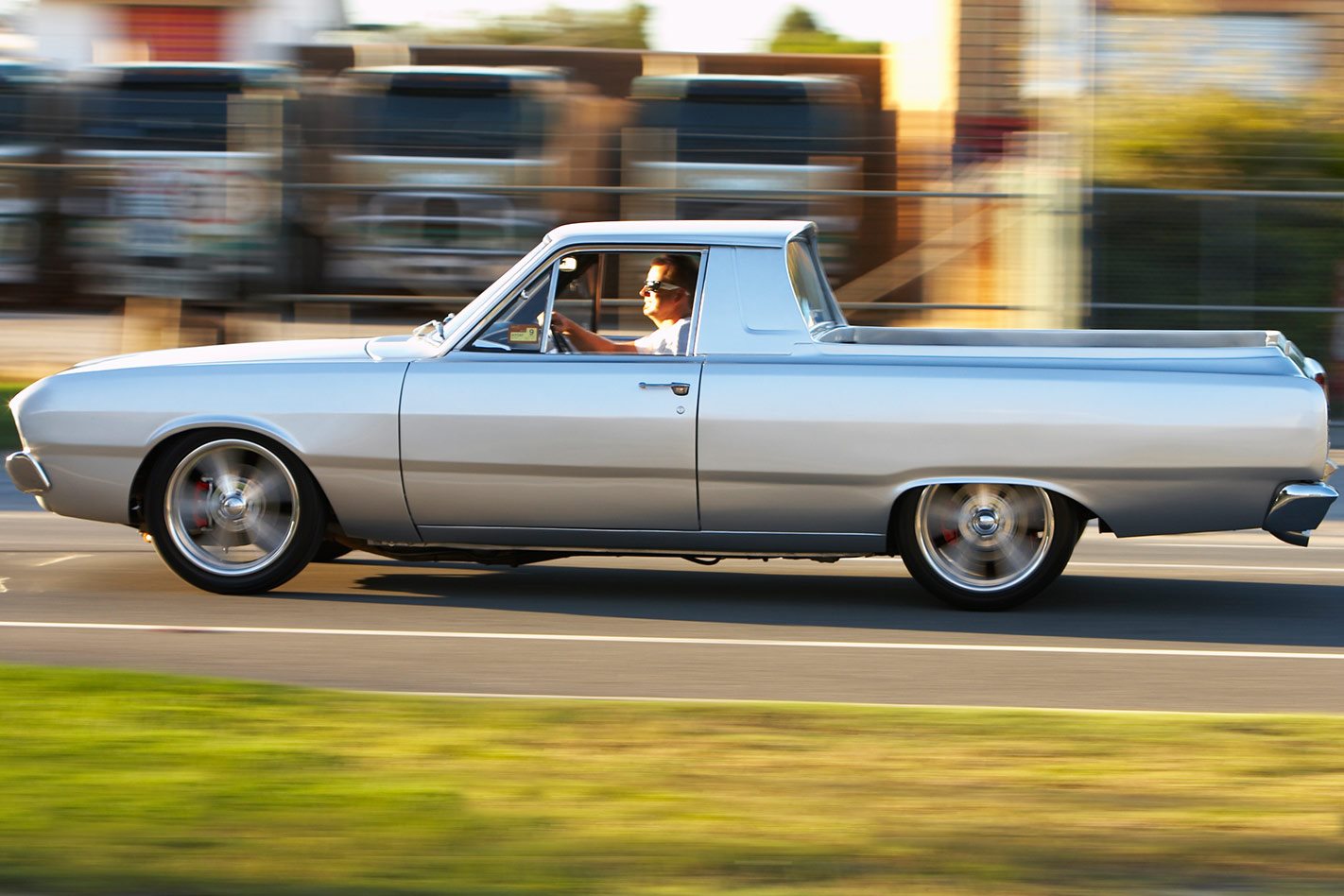 Another Rob — from West Burleigh Smash Repairs — handled the bodywork, removing, smoothing and filling areas such as the badges and fuel filler, tonneau lips, bow and clips. But while the new shell was better, it had faults too.

“The typical Valiant rust areas were good,” Rob says, “but once we pulled it all apart we still had to put new sills on it and a new tailgate skin, and it had about a thousand holes from different tonneau covers over the years.” What do you expect from a $300 farm hack?

Valiant aficionados will probably notice that the ute isn’t wearing its factory VG-spec front sheet-metal. Rob prefers the VF’s looks so he found a good front clip to go on the car. 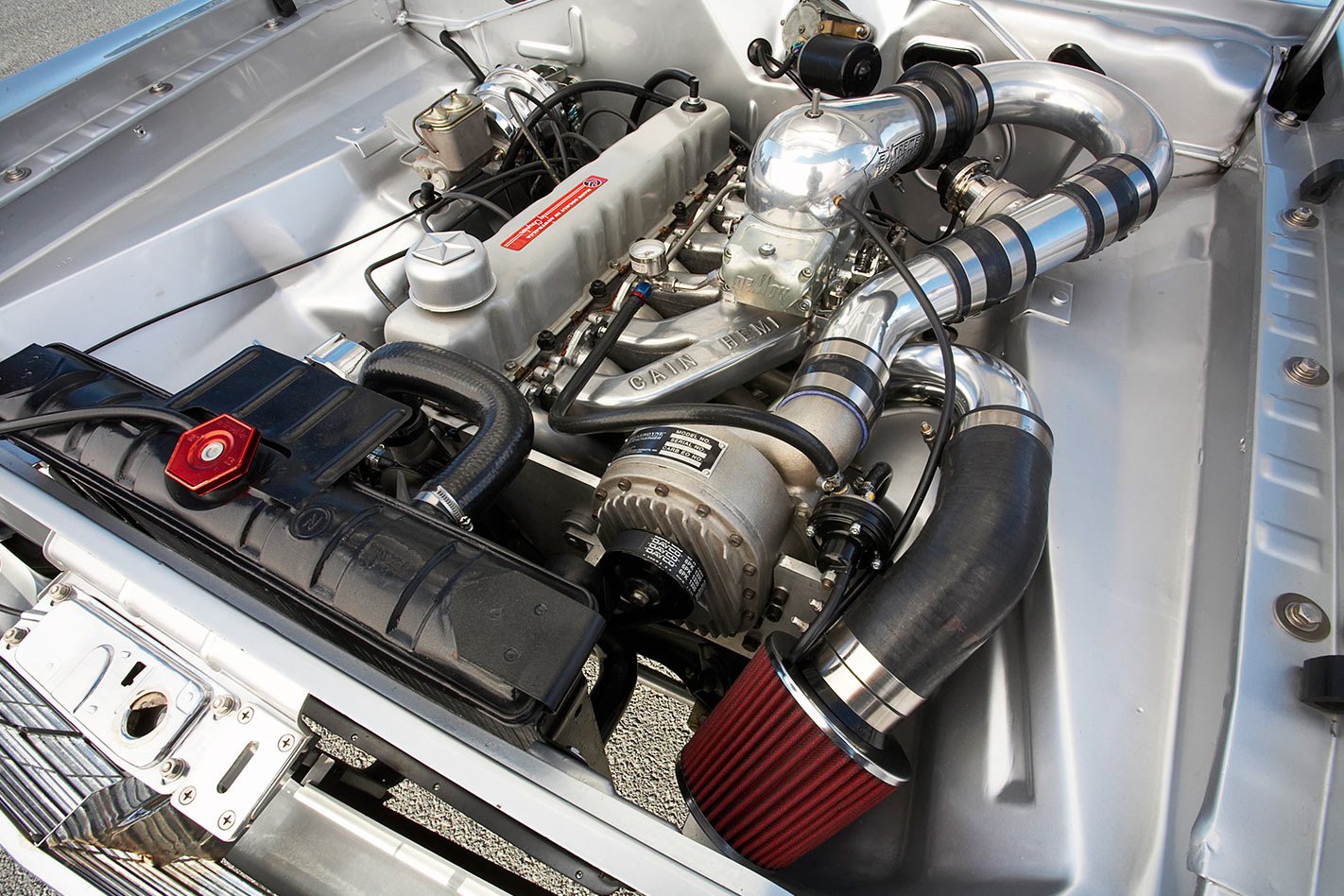 Rob considered dropping a 360ci V8 into the ute but with 250rwhp, the centrifugally blown set-up is more than enough for now

Other work included the custom-rolled rear pan between the bumperettes, the smoothed engine bay and a pair of mini-tubs to house the 10in-wide Boyd rims.

It’s under the rear that you’ll find most of the heavy-duty mods. The reset leaf springs were moved inboard, between the chassis rails, with the front and rear hangers suspended from custom mounts. Rob chose an EL Falcon wagon as the donor for the diff and scoured the wrecking yards for the shortest 28-spline BorgWarner axles available. A Nissan Skyline held the answer and with the diff housing shortened to suit, Rob had a tough little diff for a lot less than a nine-inch would have cost. The EL discs and calipers were retained on the rear, while Hoppers Stoppers came to the party with larger discs and two-spot calipers for the front. Factory Vals never stopped like this one! 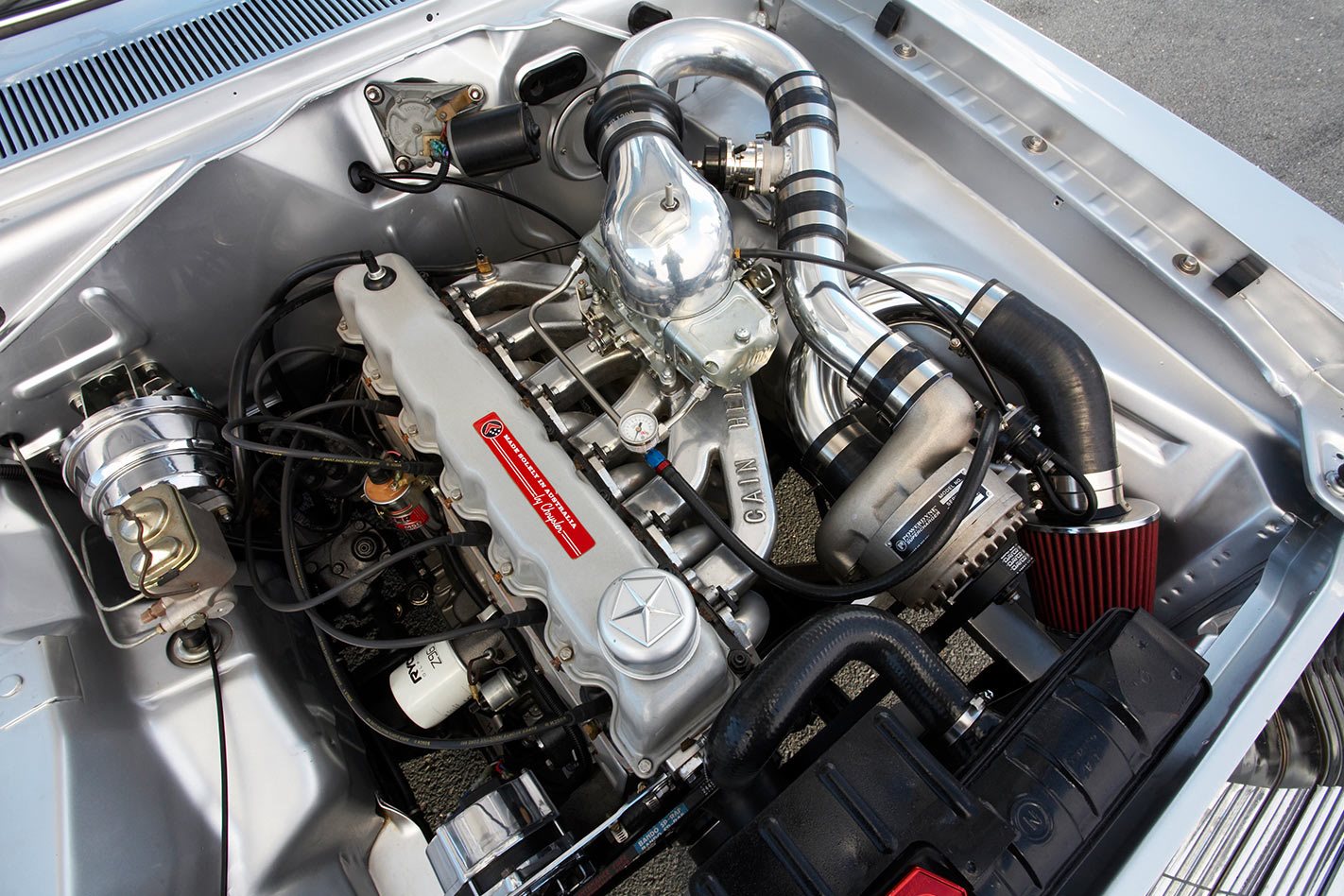 Rob’s good mate Brad Eaton built up a 265 Hemi mated to a single-rail four-speed ’box. Initially the engine was pretty mild except for the ported head, a stage-five Heatseeker camshaft and an E34 Pacer 4BBL manifold with a Quadrajet carb. But then some head gasket issues had Rob looking for alternatives.

“While I had the head off, I decided to blow it. But with nothing available, I had to make all the brackets and pulleys with some help from a couple of good mates.”

The old head had been shaved too far, so Rob replaced it with another ported head, adding a copper gasket from Ridgecrest Engineering. The six-cylinder Hemi also copped a turbo-spec cam and a Cain intake manifold running a blow-through Mighty Demon carby. At the moment the Powerdyne centrifugal blower is only set up to run 5psi and is delivering a healthy 250rwhp. But Rob reckons a few changes will up the power in time for some drag racing action at Mopar Sunday. 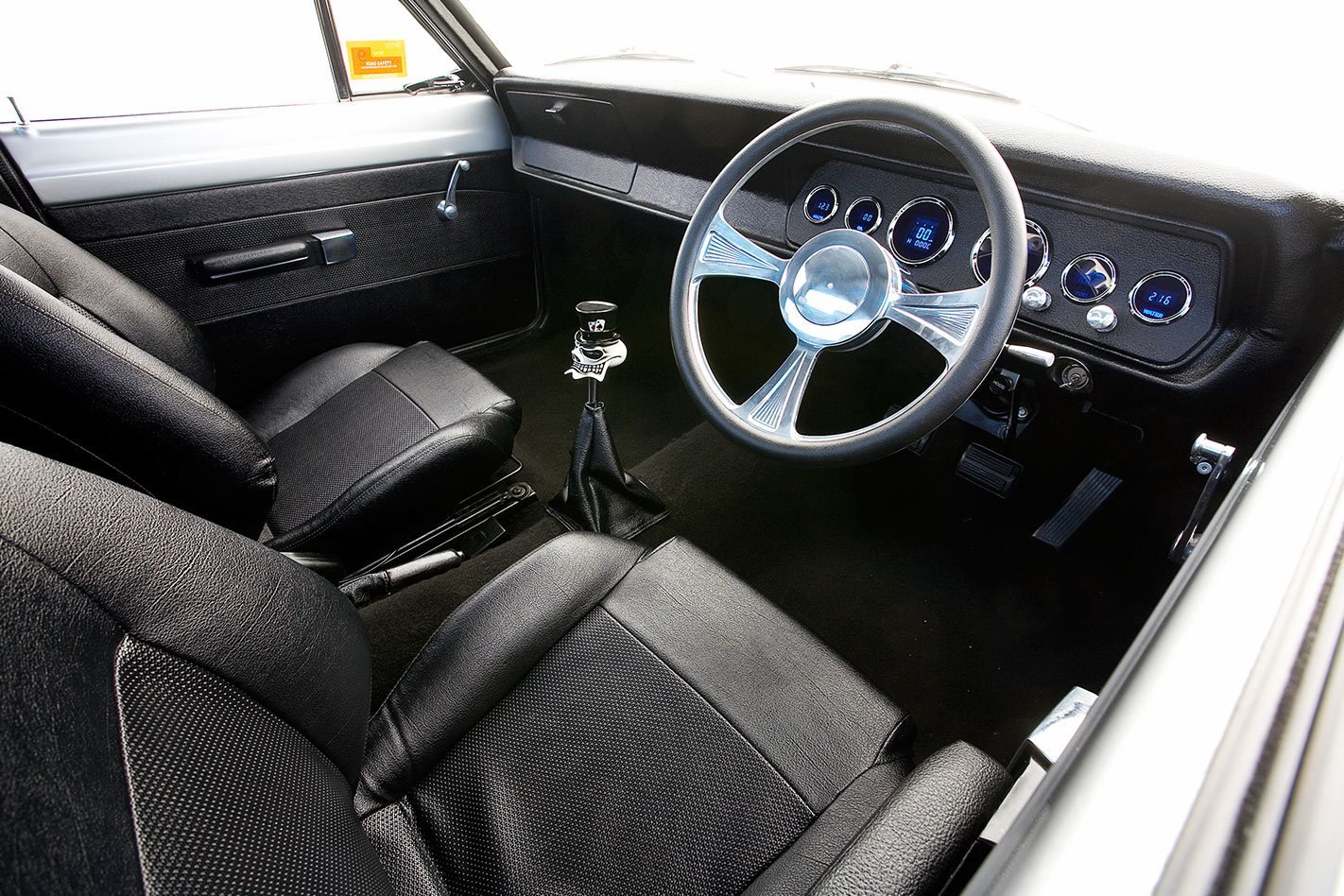 Naturally aspirated, the ute ran mid-14s — that’s Phase III territory! — but the blower should improve on that.

Inside, the revamped hay hauler copped a few subtle mods. All the heater and stereo controls have been deleted, along with the dash padding, and the whole lot has been covered in black vinyl instead. Then the fascia opening was widened to accommodate Dakota Digital gauges.

He also moved the factory umbrella-style handbrake from under the dash to between the seats — Honda Civic items, which were retrimmed in black vinyl by Kam Motor Trimming.

All builds have their difficulties but the biggest problem Rob had came on the day he put rego on the ute. 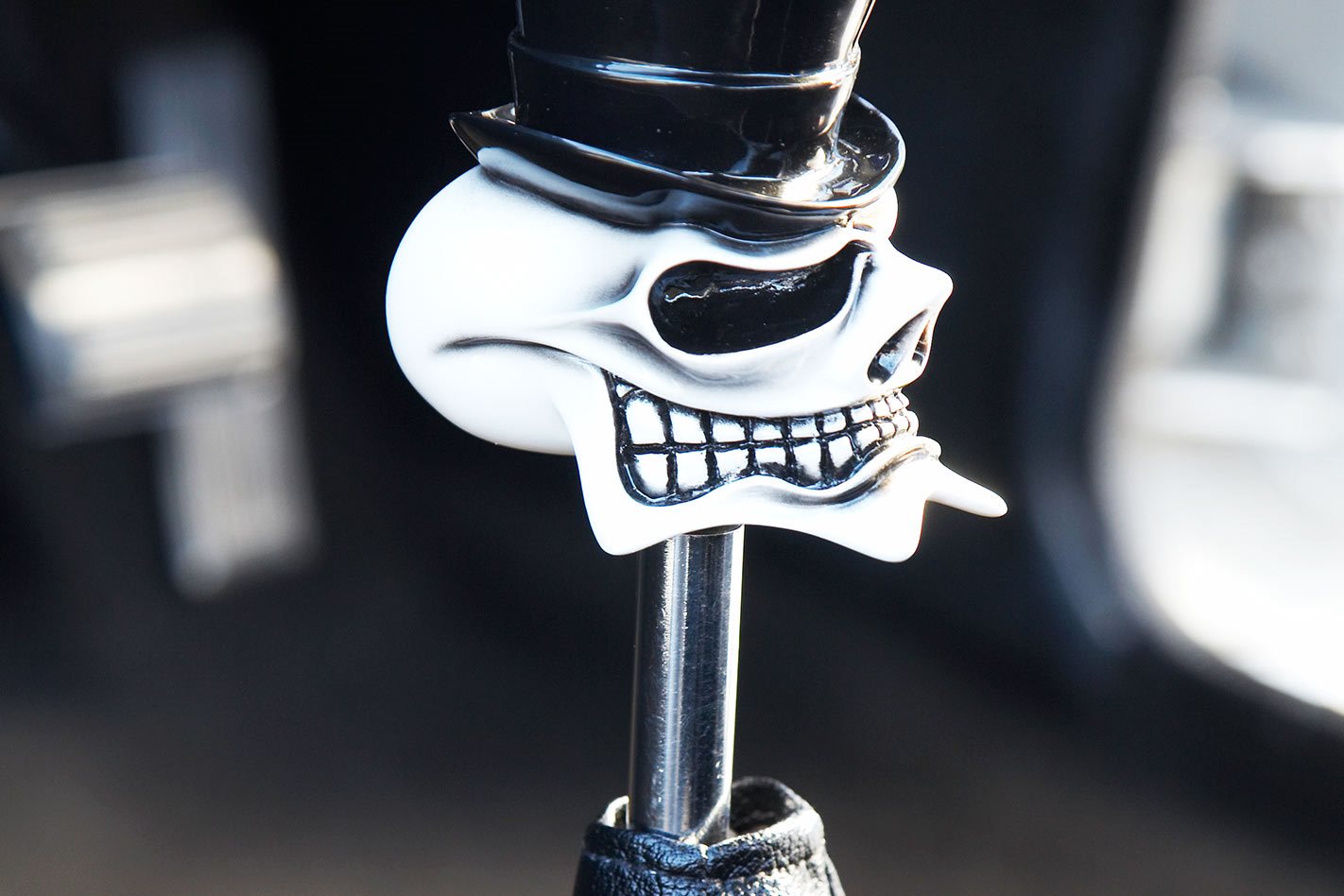 “I gave it a squirt through the gears, as you do, and whomp! The bonnet came up, wedging itself in the plenum and destroying both hinges.”

Two bonnets were being prepared for the ute but only one had a safety catch on it — you can guess the rest.

Since fixing that, Rob’s driven to Summernats in Canberra and up to Rockhampton for a Chrysler show.

As for Valiants, Rob is sold on them now. “I can’t see myself buying anything else; I’ve just met so many people and just had so much fun.”