WHEN happily married holidaymaker James ‘Rennie’ Cray (Caviezel) witnesses his wife, Olivia (St-Onge), get mowed down and killed by lunatic driver James Fargo (Feore), he has a brain snap and chases the perpetrator down in order to dish out some vigilante justice. Problem is, Fargo lives to tell the tale – just – while Rennie is punished with three years in the slammer.

Fargo is left wheelchair-bound and sporting multiple prosthetics, but that doesn’t stop him from building a road-going weapon out of an old Cadillac to continue with his hittin’ ’n’ runnin’ ways. Years spent as an accident investigator has put Fargo’s brain into limp-home mode, creating an obsession with the death and destruction associated with car crashes. 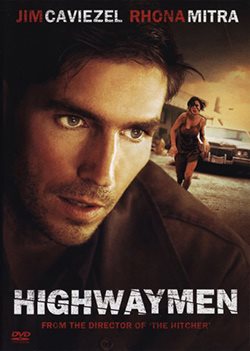 Once out of jail, the still-tormented Rennie saddles up with a Hemi-powered Barracuda and returns to the streets, intent on finishing what he started. He learns of Fargo’s fresh reign of terror across the country and spends the next two years tracking him, but is always one crash behind. Fargo toys with Rennie via CB radio and sets his sights on a new victim: the sultry Molly (Mitra).

Molly is battling her own demons. Having lost her parents in a car crash, she meets up with Rennie at a road trauma support group. Smooth operator Ray (Currie) is playing the ‘friend card’ in an attempt to schmooze Molly, which backfires badly when he becomes Fargo’s next victim. It’s left to Rennie to save her, but Fargo turns the tables by snatching Molly and using her as bait to entice Rennie into a final showdown.

Rennie teams up with police crash investigator Will Macklin (Faison) for an all-out assault on Fargo, both men determined to save Molly and end this killing spree. 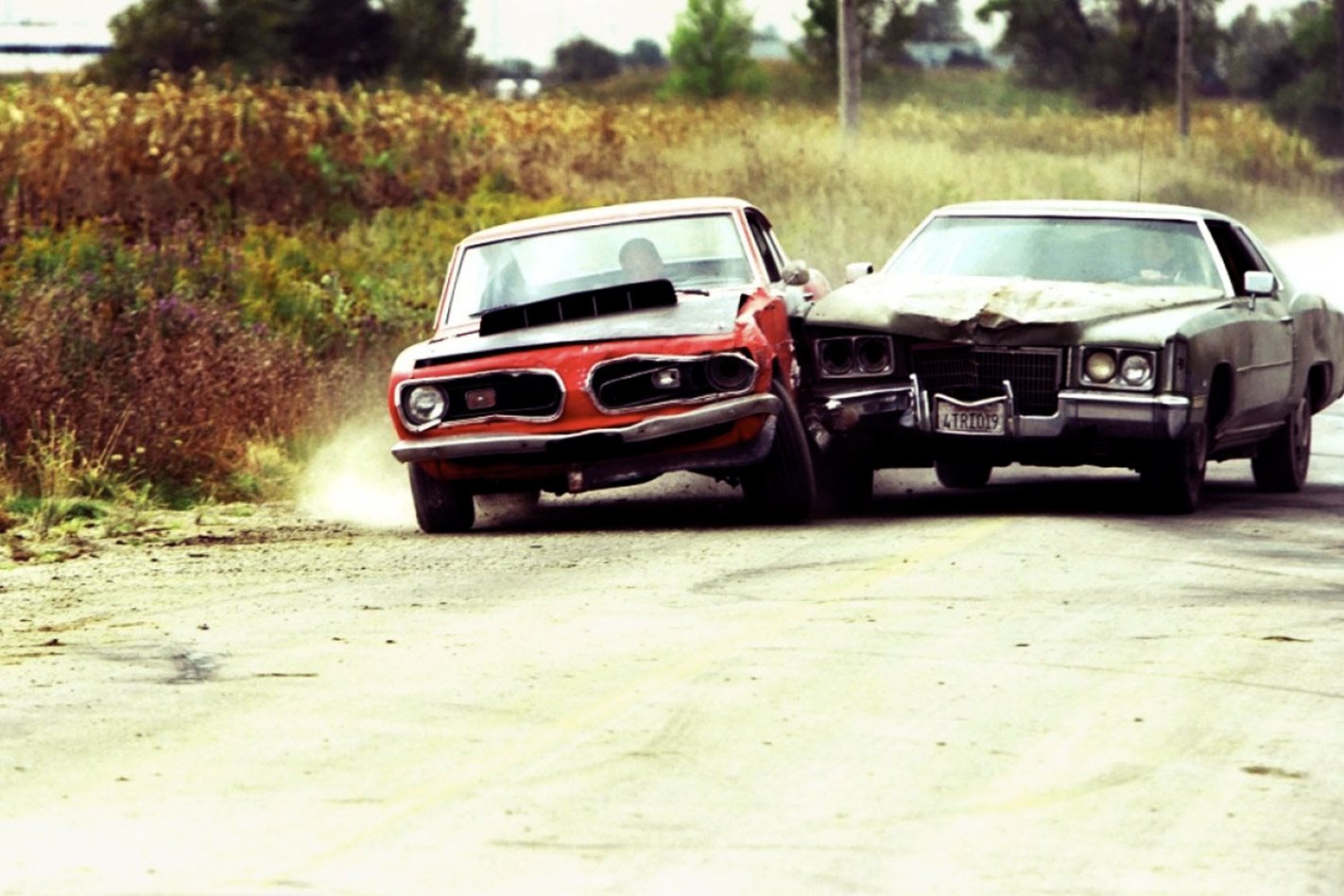 Rennie’s ’68 Barracuda is pretty damn cool. It smokes and flat-spots more tyres than an episode of The Professionals. But Fargo’s Cadillac is the star attraction – it’s beautifully portrayed as a mechanical extension of this broken maniac’s character, with myriad Hurst Lightning Rod-esque control levers, awkward front-wheel-drive burnouts, one-eyed night vision and a power-steering belt squeal that would make a cabbie proud. 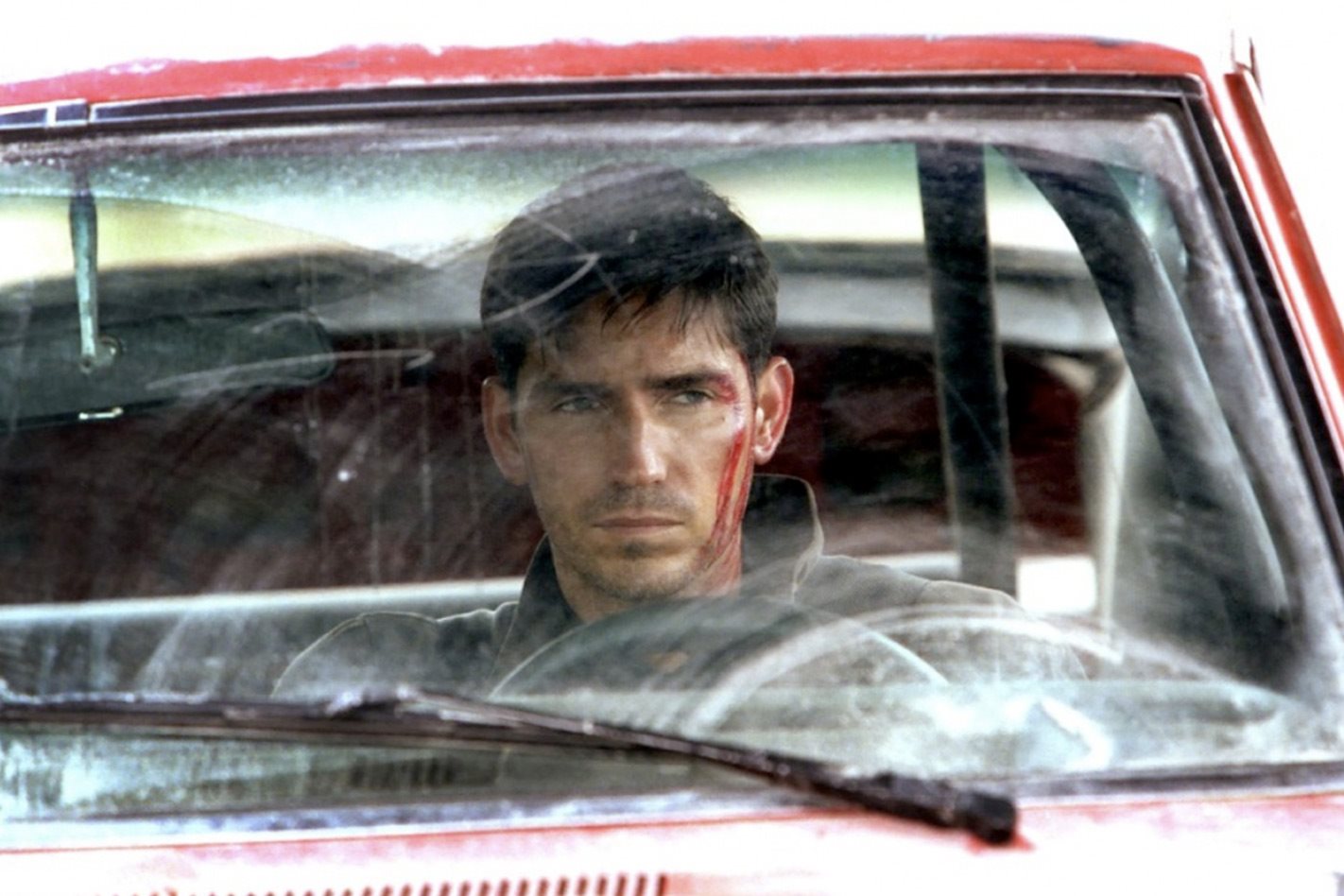 The storyline of Highwaymen is a little sketchy, with more holes than pegboard, but it doesn’t matter too much – you just naturally accept any loose ends and move on to the next cloud of burning rubber. The film is fast-paced and rather short, at only 80 minutes, but it’s all about revenge, which is best served without unnecessary filler. I enjoy a car flick where the hero actually has to fix his own ride – Rennie swapping a fresh door onto his Barracuda shows it’s also about the guts and not just the glory. 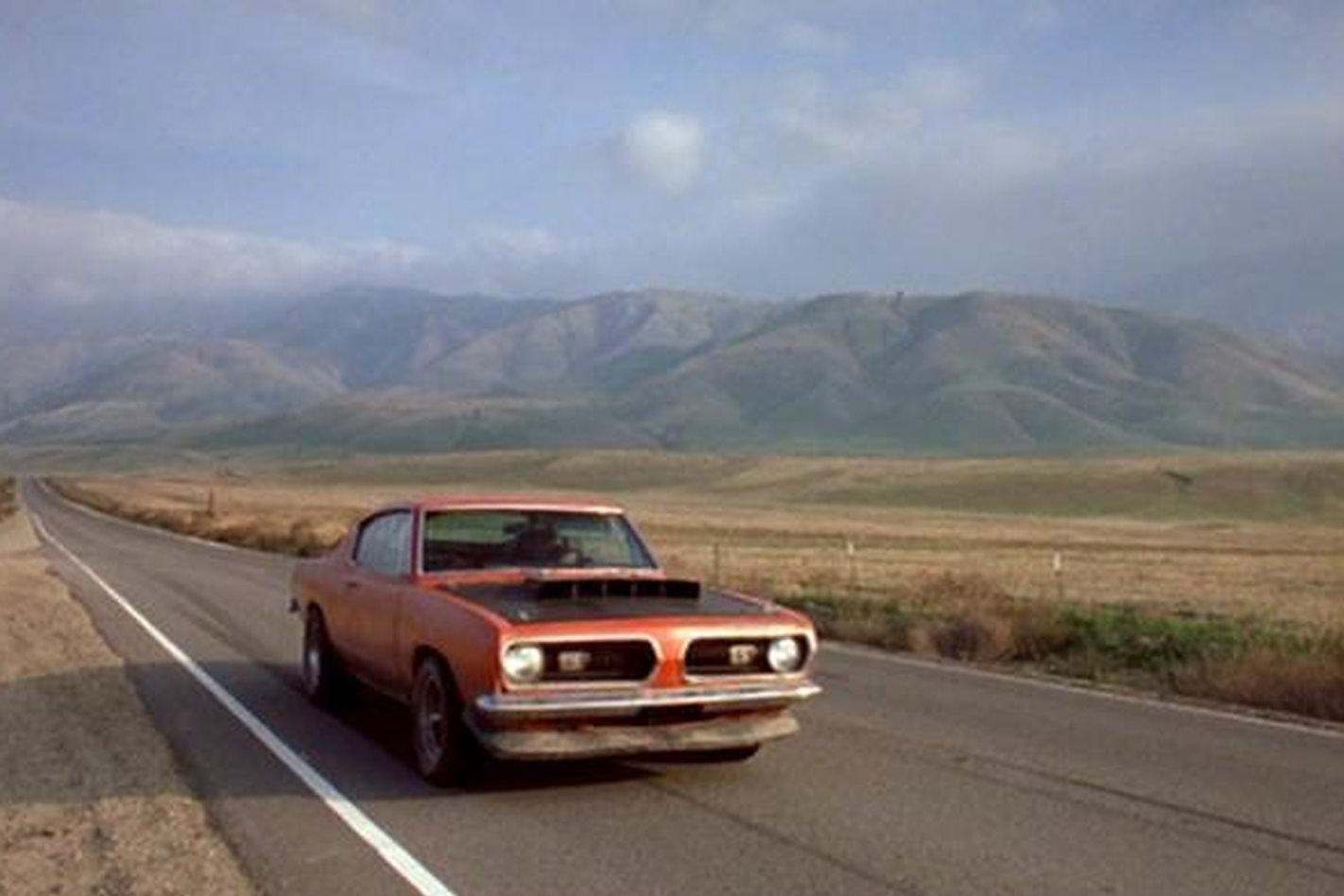 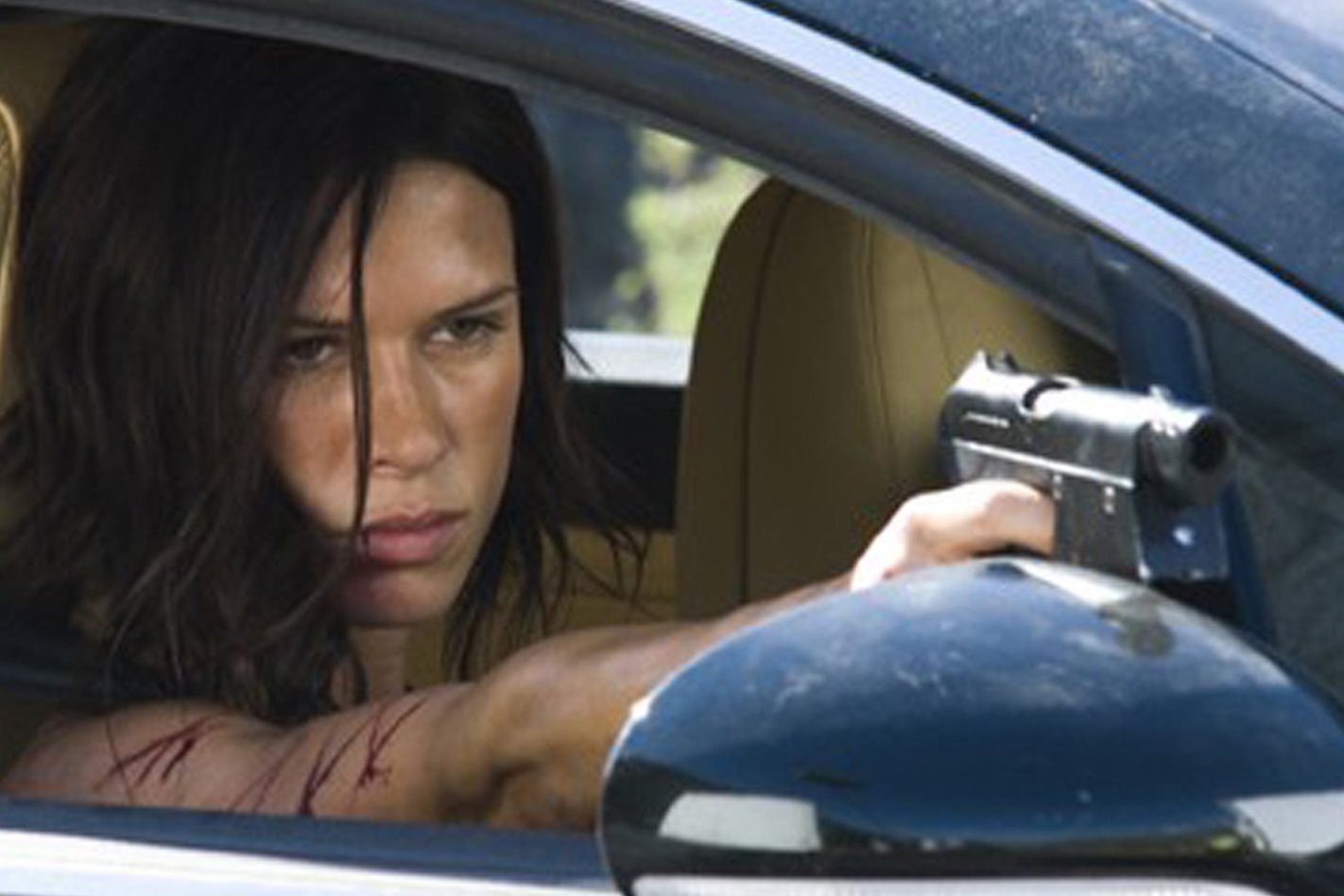 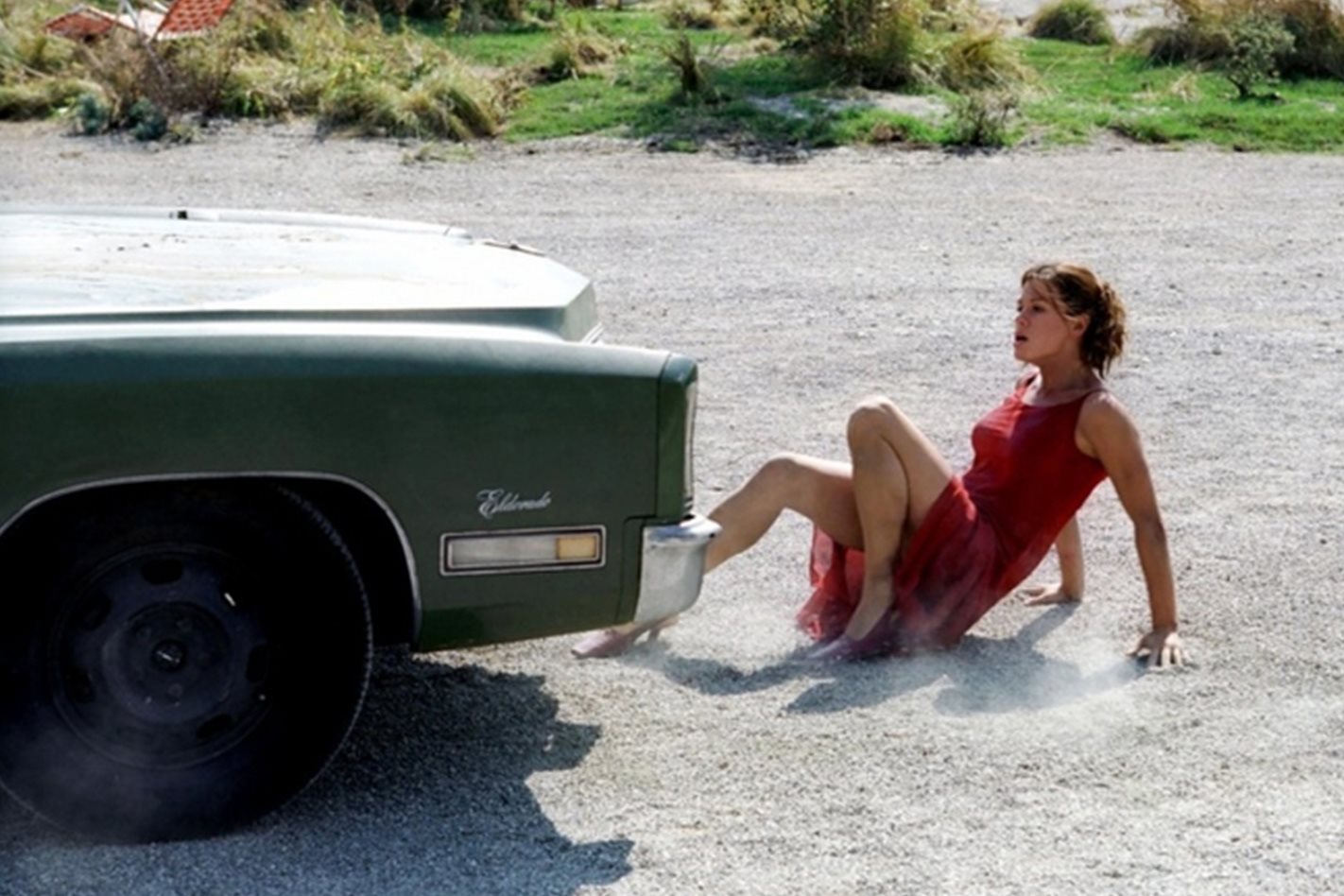 PLOT: An emotionally scarred widower takes to the highways, on the hunt for a psychopathic killer who revels in causing fatal crashes and who has kidnapped an innocent woman to dangle as bait

COOL FLICK FACT: Rennie’s ’68 Barracuda is portrayed as a factory ‘Super Stock’ package, with reference made to the ‘supervised acceleration trials only’ sticker they featured