Stephen Barrie happened to buy a rare, factory-black SS Torana, then built it into a show car by accident

THE motivation for Stephen Barrie’s LX Torana build was pure and simple. “I built the car in memory of my brother-in-law, Robert, who was a mechanic as well as an enthusiastic and creative inventor, and manufacturer. We were always going to do a project together, but he passed away from cancer. It was devastating. So, I said to my wife Helen: ‘Life’s too short; we need to start that project.’”

This article on Stephen Barrie's Holden LX Torana hatch was published in the January 2018 issue of Street Machine. 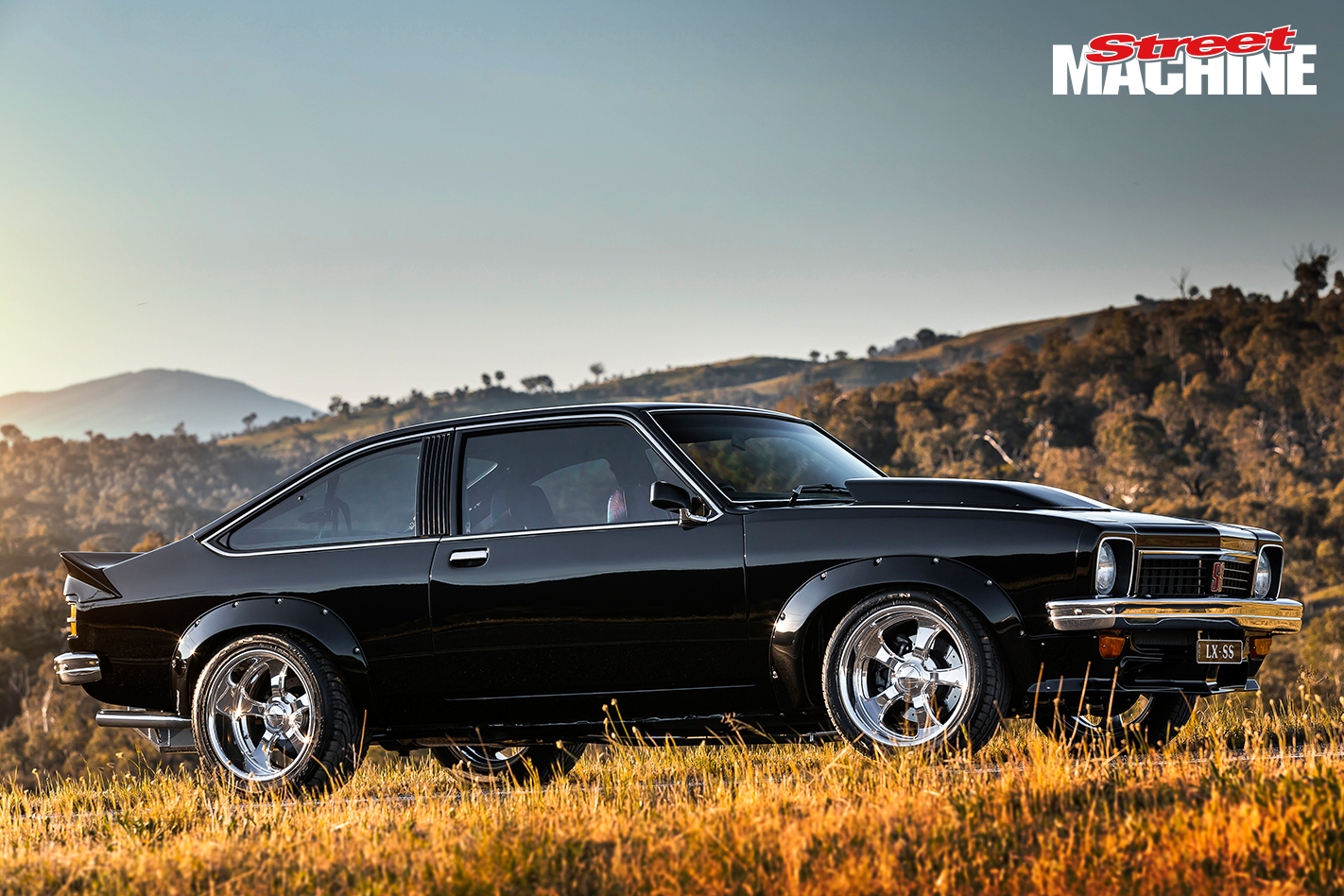 With that, Stephen set his sights on an LX SS Torana hatchback – the same model he had as his first car. It took yonks to find the right one, though it wasn’t all it was cracked up to be. 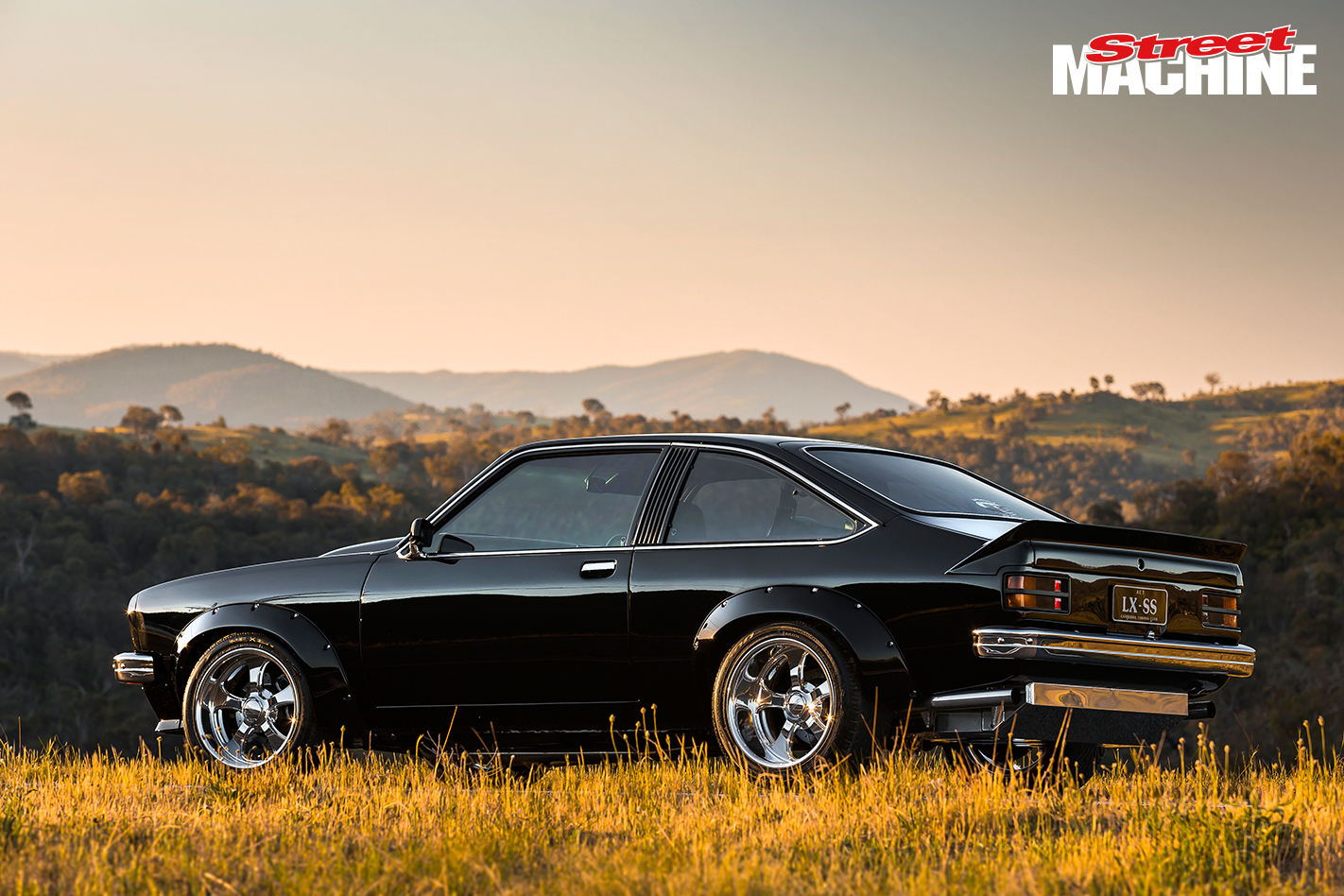 “I bought it subject to registration but it didn’t pass, with a lengthy list of items to be fixed. Then as the bloke took it to the mechanic, the engine blew up!” Stephen laments. But he stuck with it and the price was promptly re-negotiated before the LX was shipped from Melbourne to Canberra. 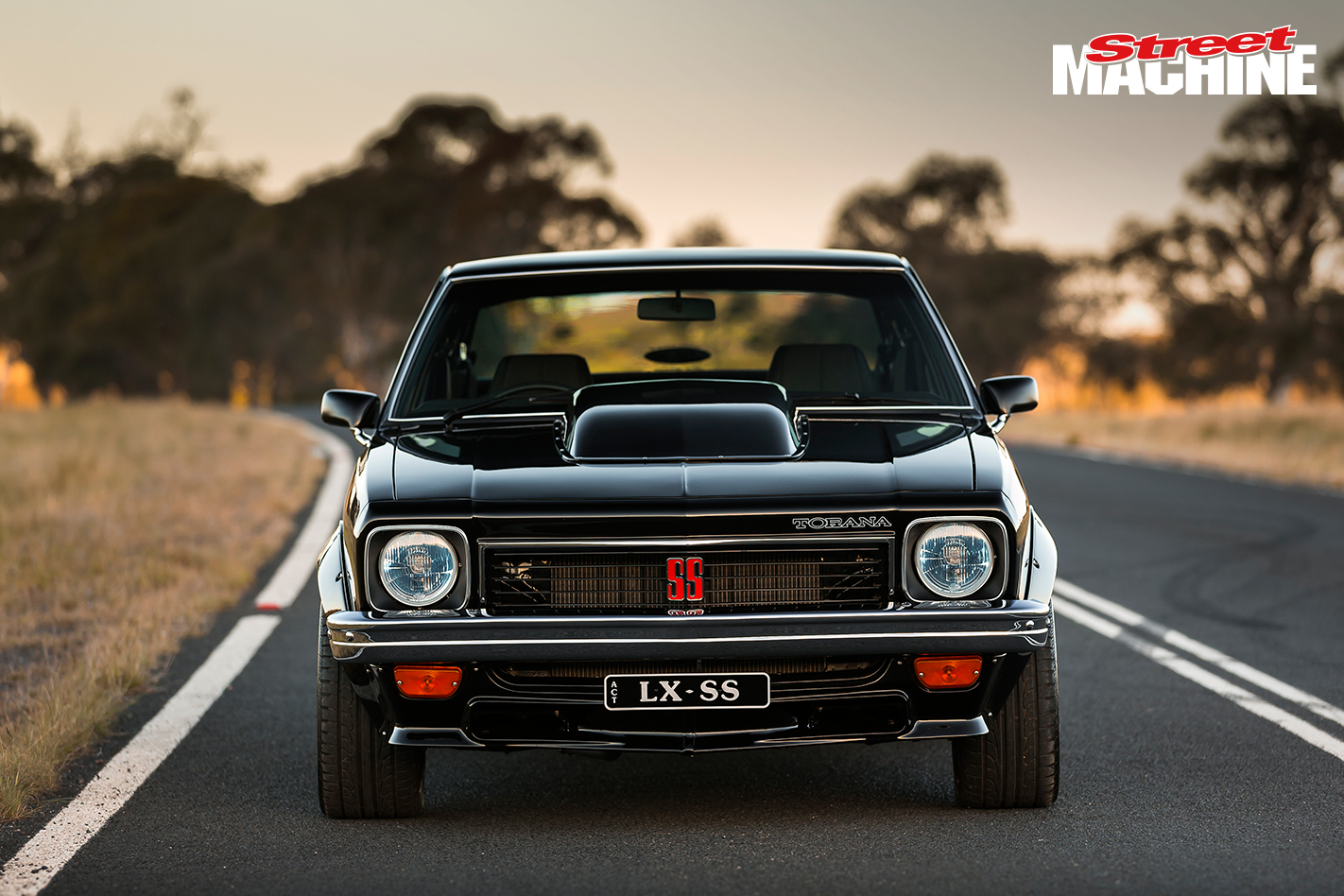 Thankfully, there was one saving grace. “As it was painted orange, the owner didn’t realise that it was factory black, and neither did I until one of my fellow Canberra Torana Club members checked the tags – it’s rumoured that only a handful of factory black hatches were produced!” 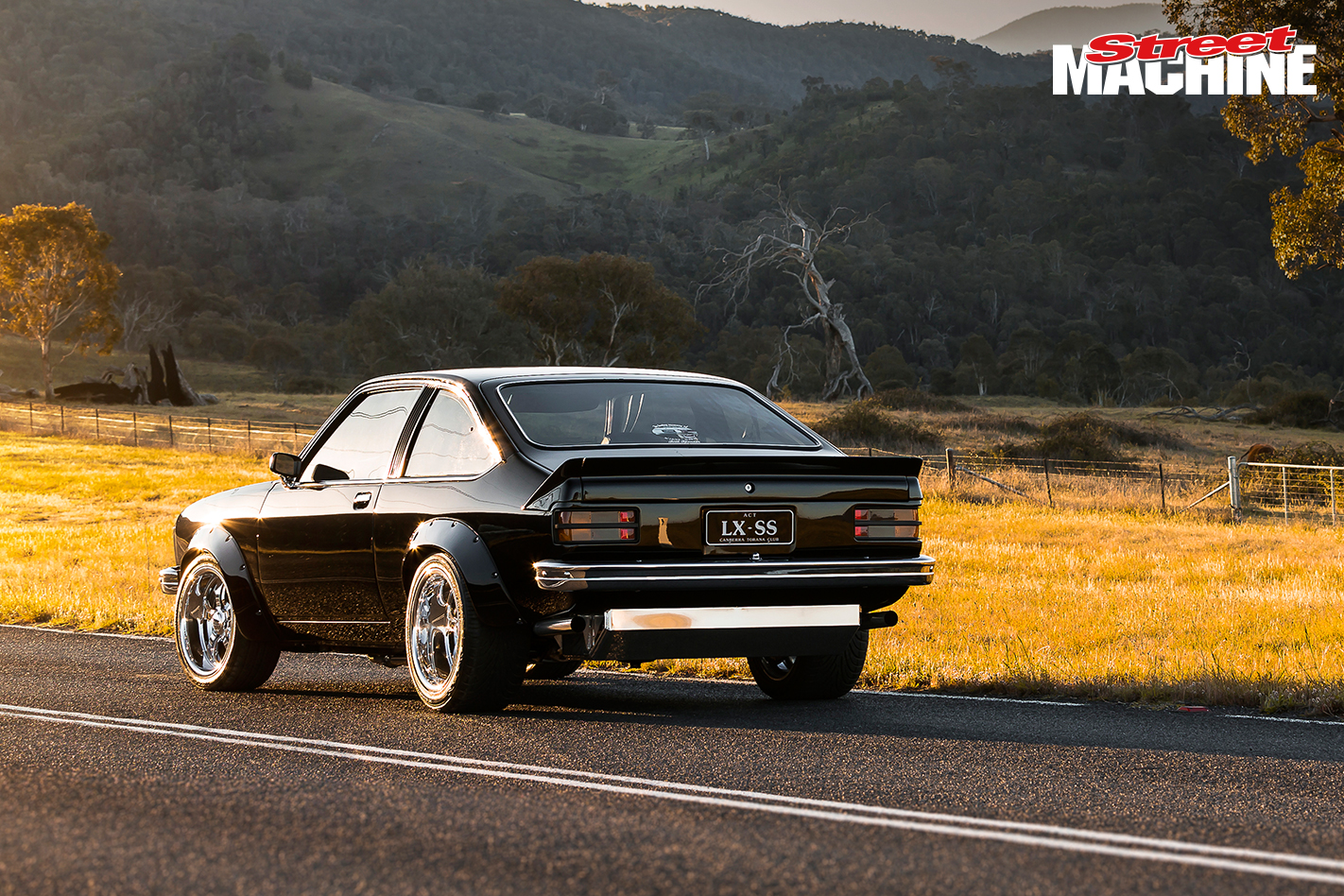 With fresh enthusiasm, Stephen began work on his new acquisition. “The more I looked, all I could see was rust bubbles under the paint. I figured I may as well strip it all down, blast it and see what I’m left with.” 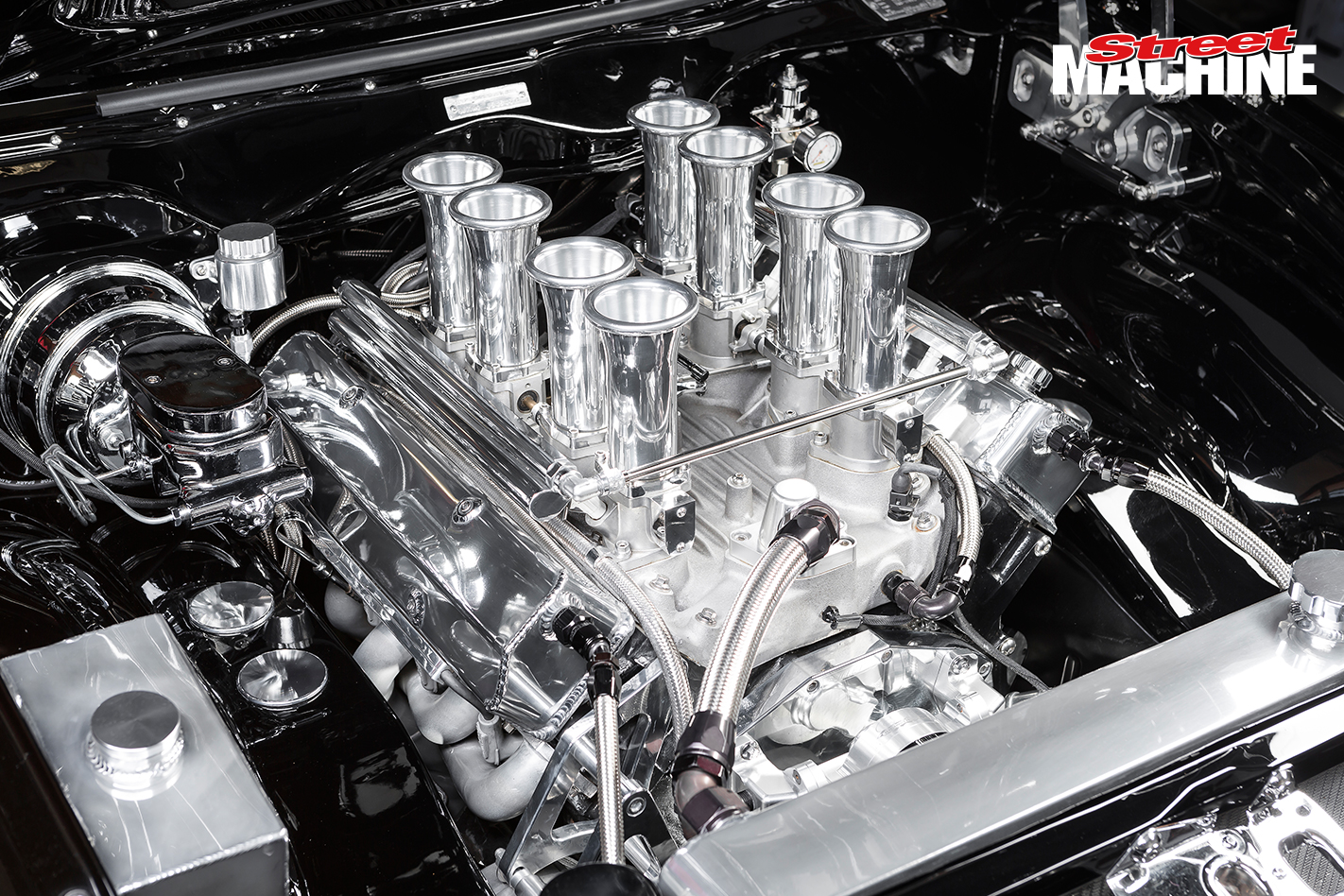 Stephen owns and runs Sodablast Canberra; a handy thing when doing up a car. “The rust was so bad that I probably should’ve found another shell and started again, but being factory black I persisted,” he sighs. Replacement panels were sourced before the Torry headed to Bruce Ingram to be patched back together. This included new floors, as well as an enlarged trans tunnel to suit the six-speed Stephen was keen on. 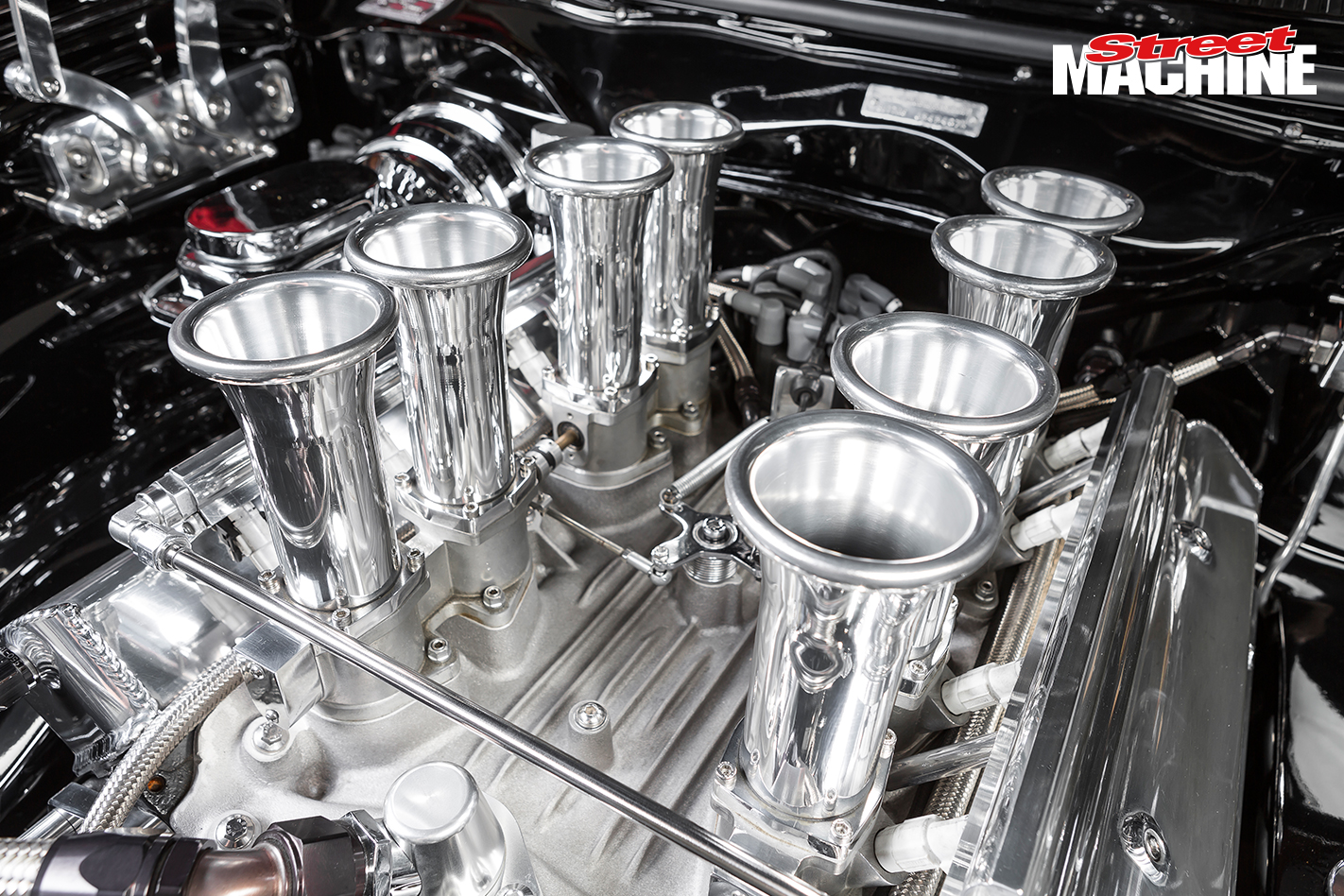 It’s difficult to think of that rusty, clapped-out Torry as being the same car that now graces these pages, but as most stories go, things got well out of hand. “I didn’t plan to build a high-end show car, it just turned out like that,” Stephen admits. “It became a money pit and went to the point of no return. My wife dubbed it the Black Bitch, as it was like I was having an affair!” 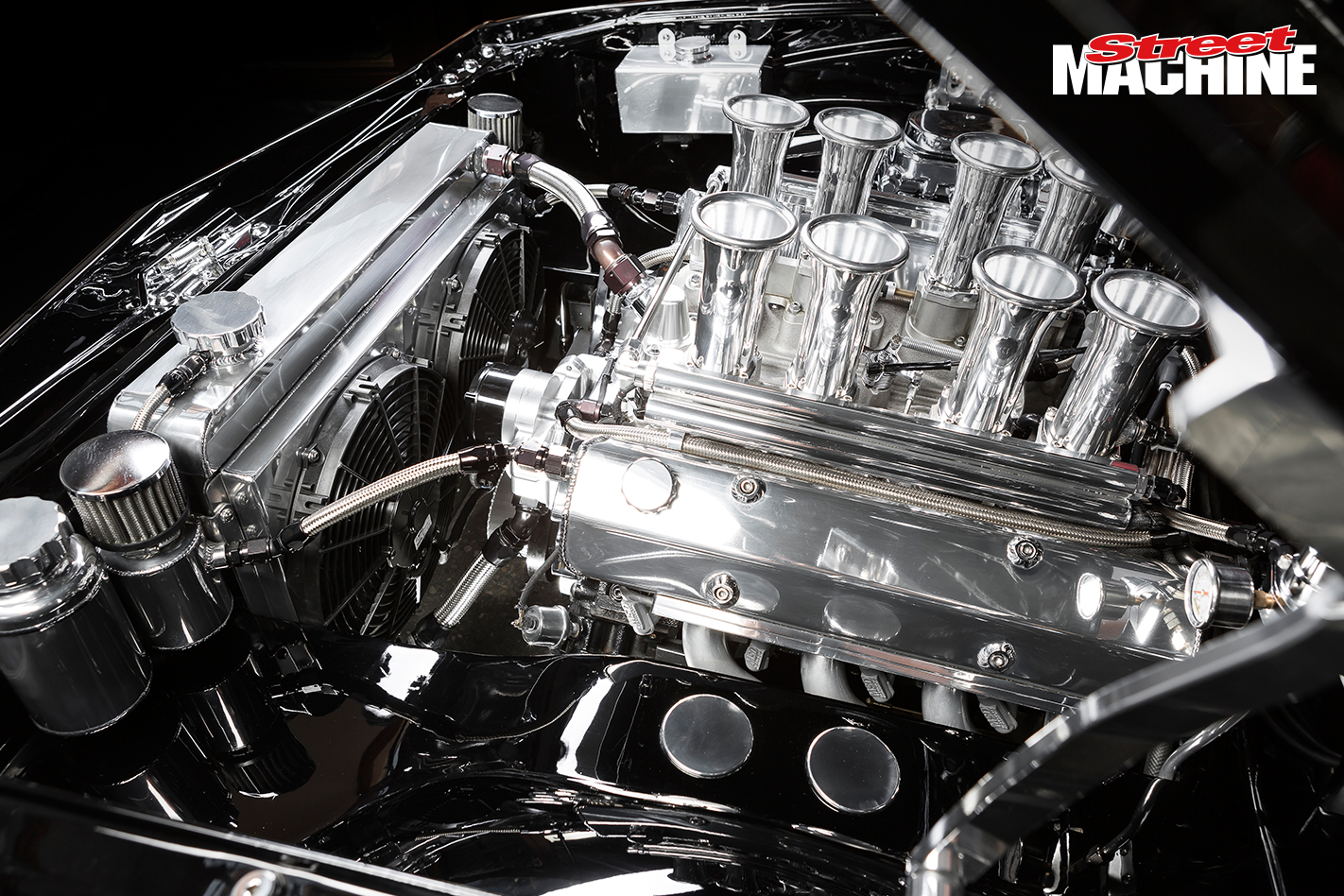 Each decision upped the ante, and Stephen’s not a half-arsed kinda guy. Take the donk for instance. With the dead 350ci ripped out, he set about sourcing a beefed-up Holden V8 as a replacement. Yet not just any old eight – nope, he wanted a stroker with stack injection. Kit Hunter built the 347rwhp, VT roller block packed with a Harrop 355 stroker crank, Precision pistons and COMP cam, with the cast heads flowed to 600hp. Above is a DC&O injection manifold topped by eight glistening alloy 50mm stacks. “There’s lots of bling – my mates don’t call me Captain Bling for nothing!” Stephen laughs. “If it wasn’t black or shiny, it didn’t belong in the car.” 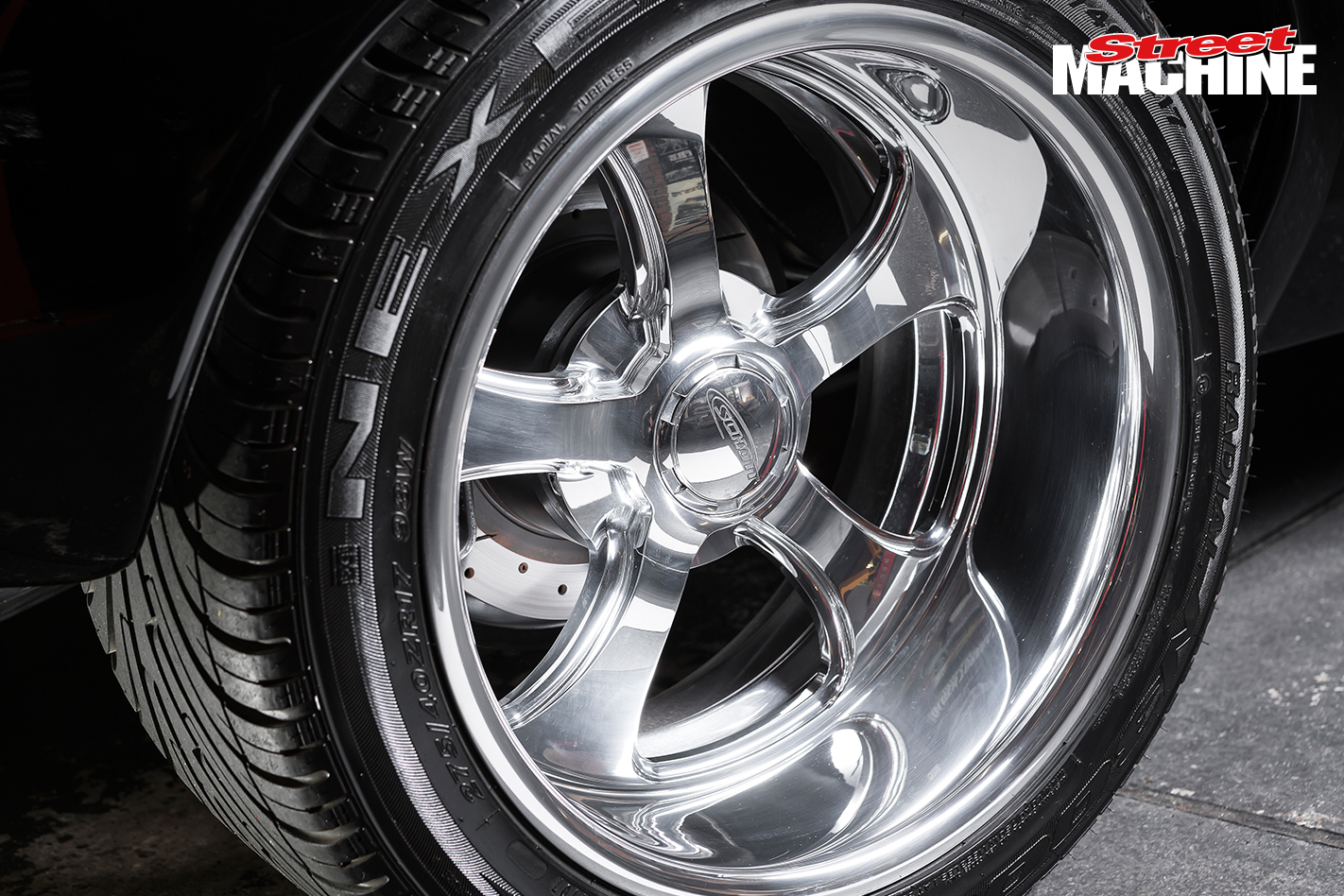 Behind is a Tremec Magnum T56 manual with Centreforce clutch and Quick Time housing. A Mark Williams 3½-inch tailshaft links it to a nine-inch packed with 3.9s, Truetrac, and 31-spline Moser axles all thanks to Southern Differentials. 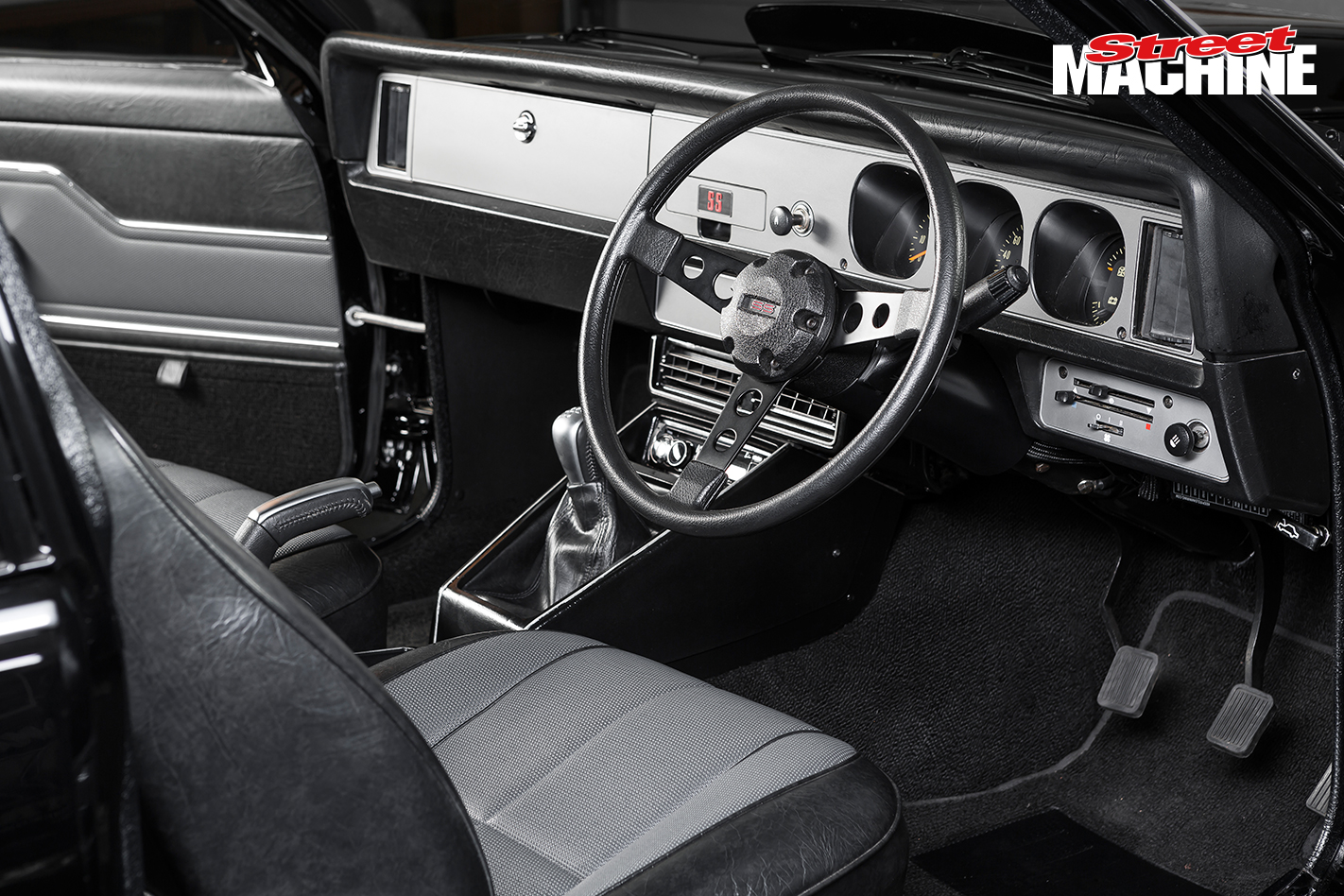 Strengthening the bounce ’n’ stop, Capital Steering & Suspension added QA1 adjustables up front with Lovells springs coupled with Koni adjustables at the rear. Brakes were relieved from a VT Commodore, with a CVR electric vacuum master cylinder providing the juice. Rounding off the bling, shiny 17-inch Schott Americanas wrapped in Nexen rubber are tucked under the flares. 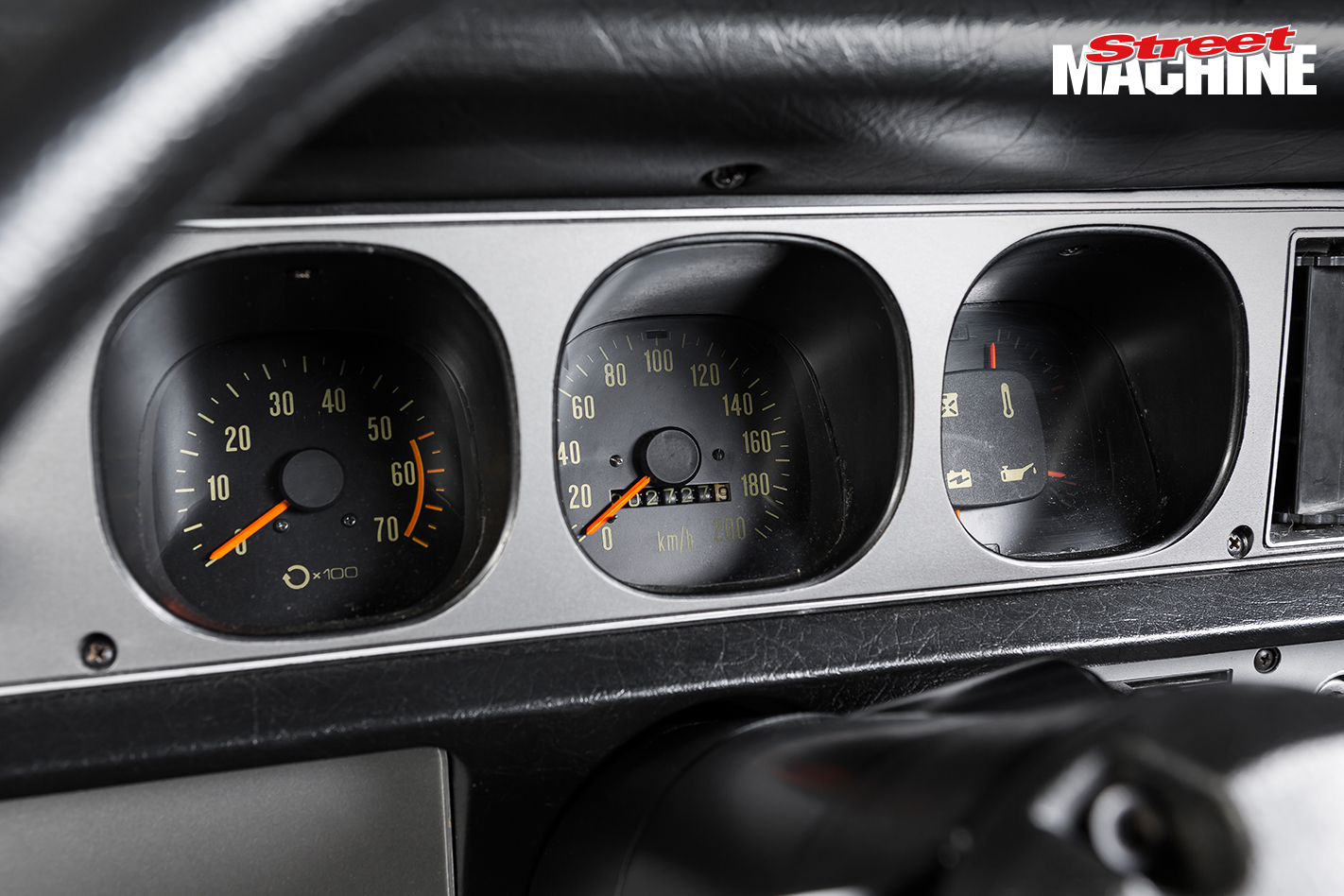 Back on top, the bodywork was finished off with the delectable Torana A9X two-piece front spoiler, A9X scoop and the aforementioned flares. Tony Smith of Classic Car Creations then had the difficult task of painting it black. “I said right from the get-go that I want it smooth and straight. Tony did a fantastic job and it was reasonably priced,” Stephen says of the tight panelwork slathered in uncompromising two-pack PPG Tuxedo Black. 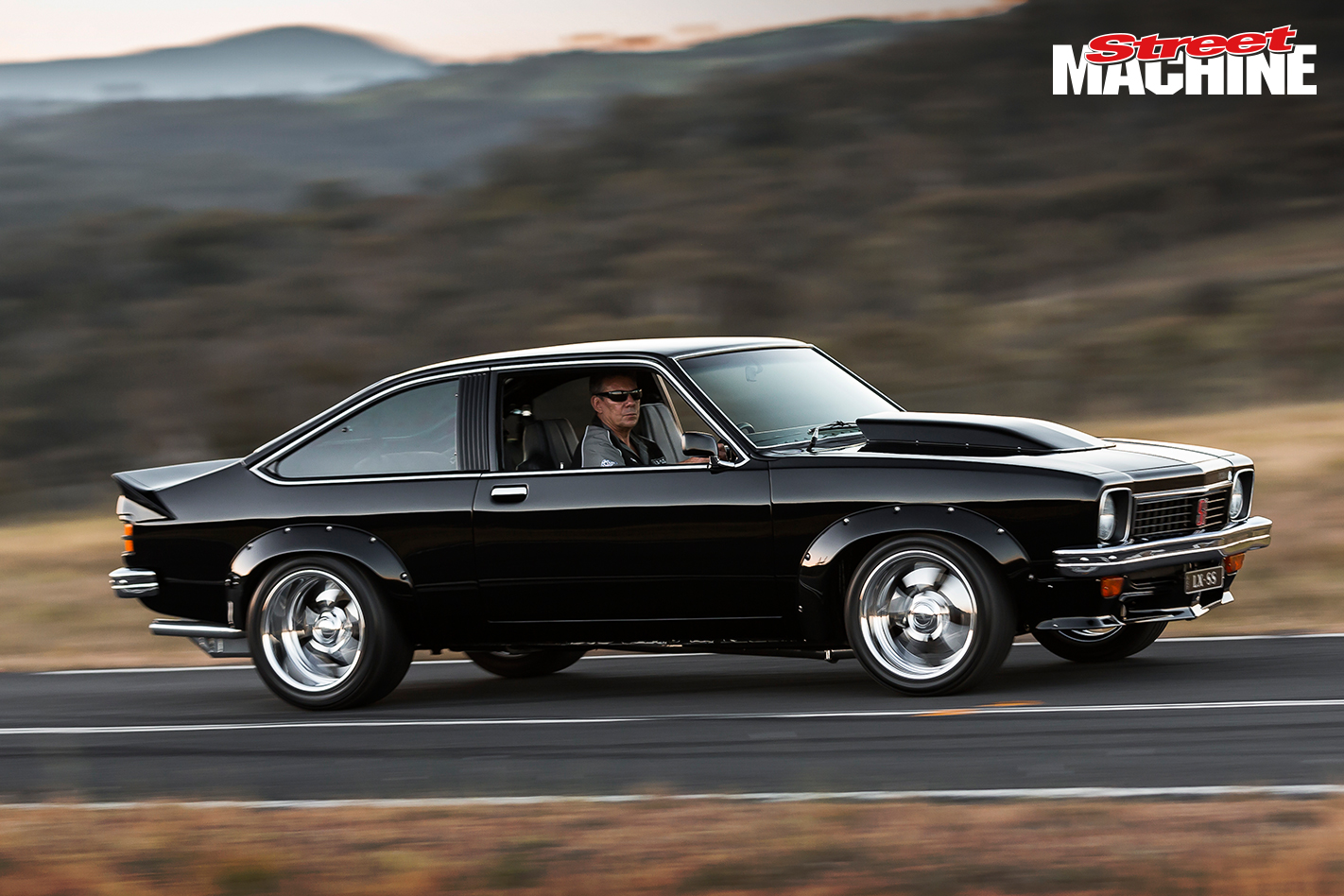 “All of the time and money was all worth it when I fired it up and drove it up the driveway for the first time,” Stephen continues. “Then to go to Toranafest and win my first trophy, I couldn’t believe it.” Yet he soon topped that at Summernats 2014, with a Top 60 Elite spot and 3rd Top Tudor. He then backed it up in both 2015 and 2016 with Top 60 placings and 2nd Top Tudor both years. The Torry’s since scored more tinware than we can possibly mention – a testament to Stephen’s ‘do things right’ vision. 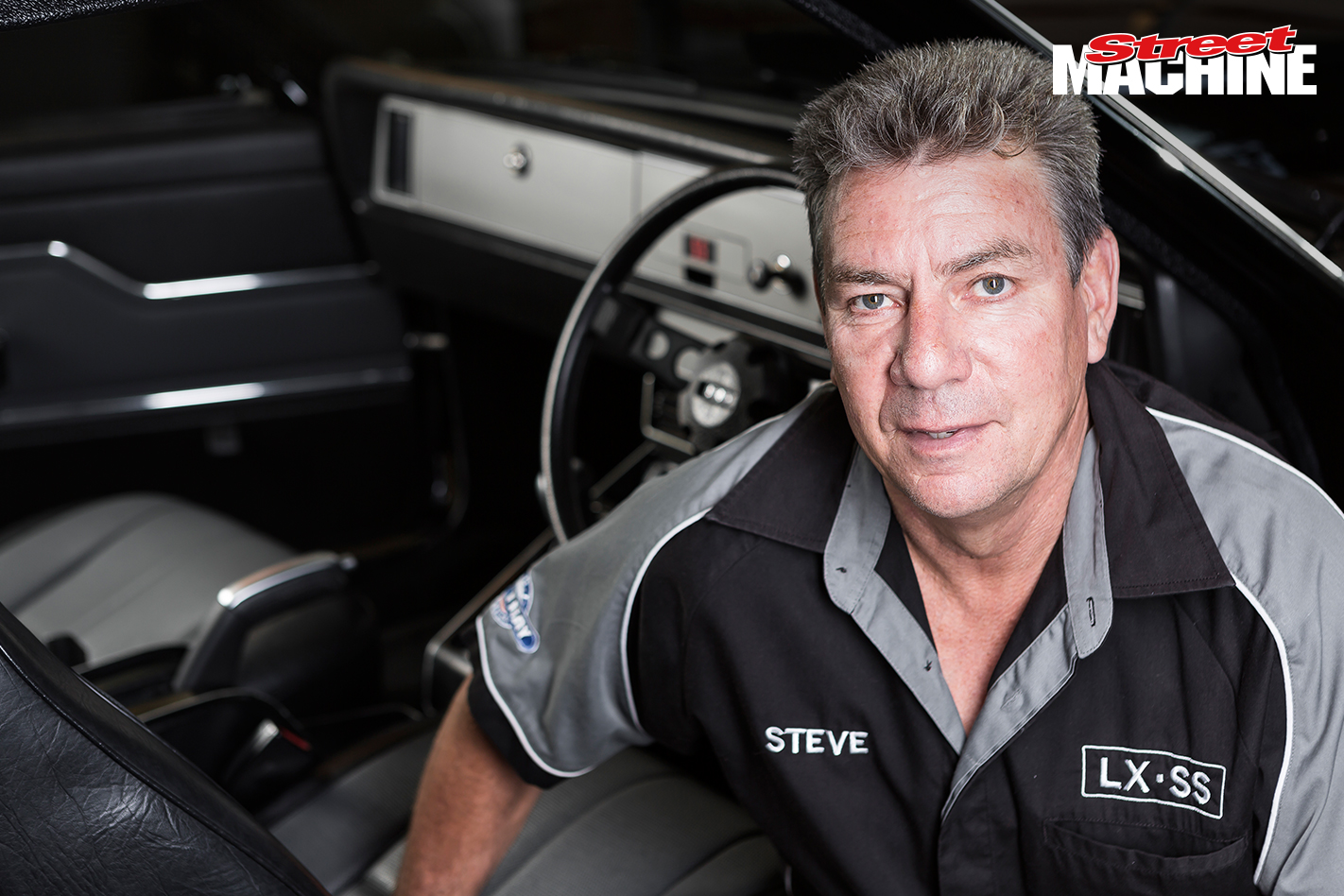 “The beauty of the build being over six years is that the cash flow was consistent and it allowed me to go to shows and see different things to put into the car,” he says. “Though if I had my time again I’d probably try and keep it a bit more original, being that it’s a genuine black SS hatch.” But we’re sure glad he didn’t. 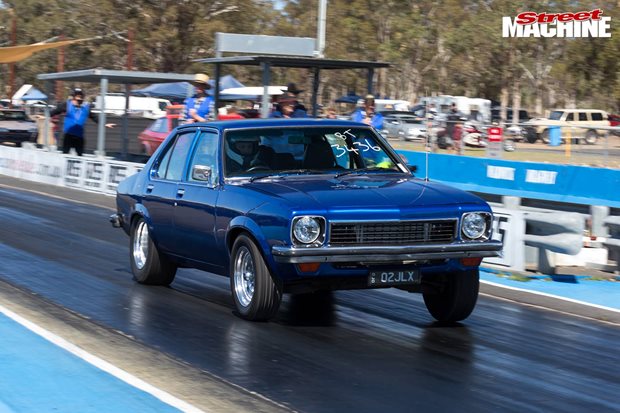 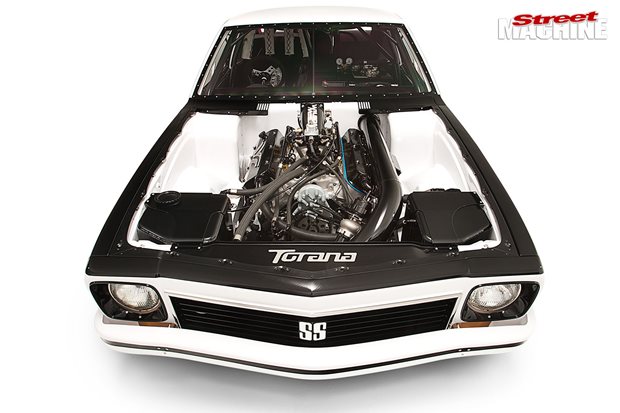 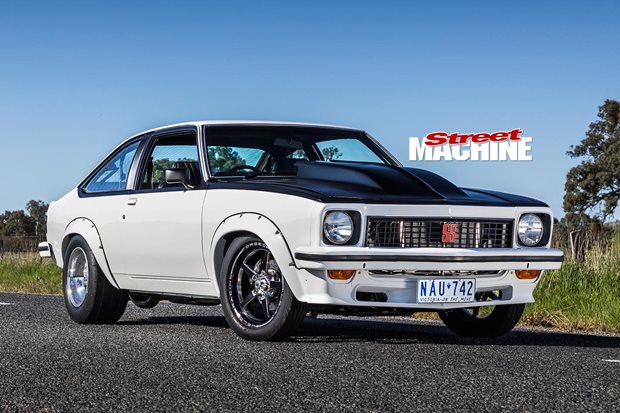