According to Matt Kernke a cruiser should always run tens, naturally his 355-cube HG Monaro GTS does just that

THIS article on Matt Kernke's HG Monaro GTS was originally published in the October 2014 issue of Street Machine magazine.

MATT Kernke’s HG GTS is a finely detailed street-and-strip rocket that can run low 11s on pump fuel and then cruise straight home with the family on board. What’s really impressive is that its managed to achieve that first time out, and Matt reckons his full-weight Monaro should run 10s next time with no power-adders at all. Just pure unadulterated Holden V8 grunt. 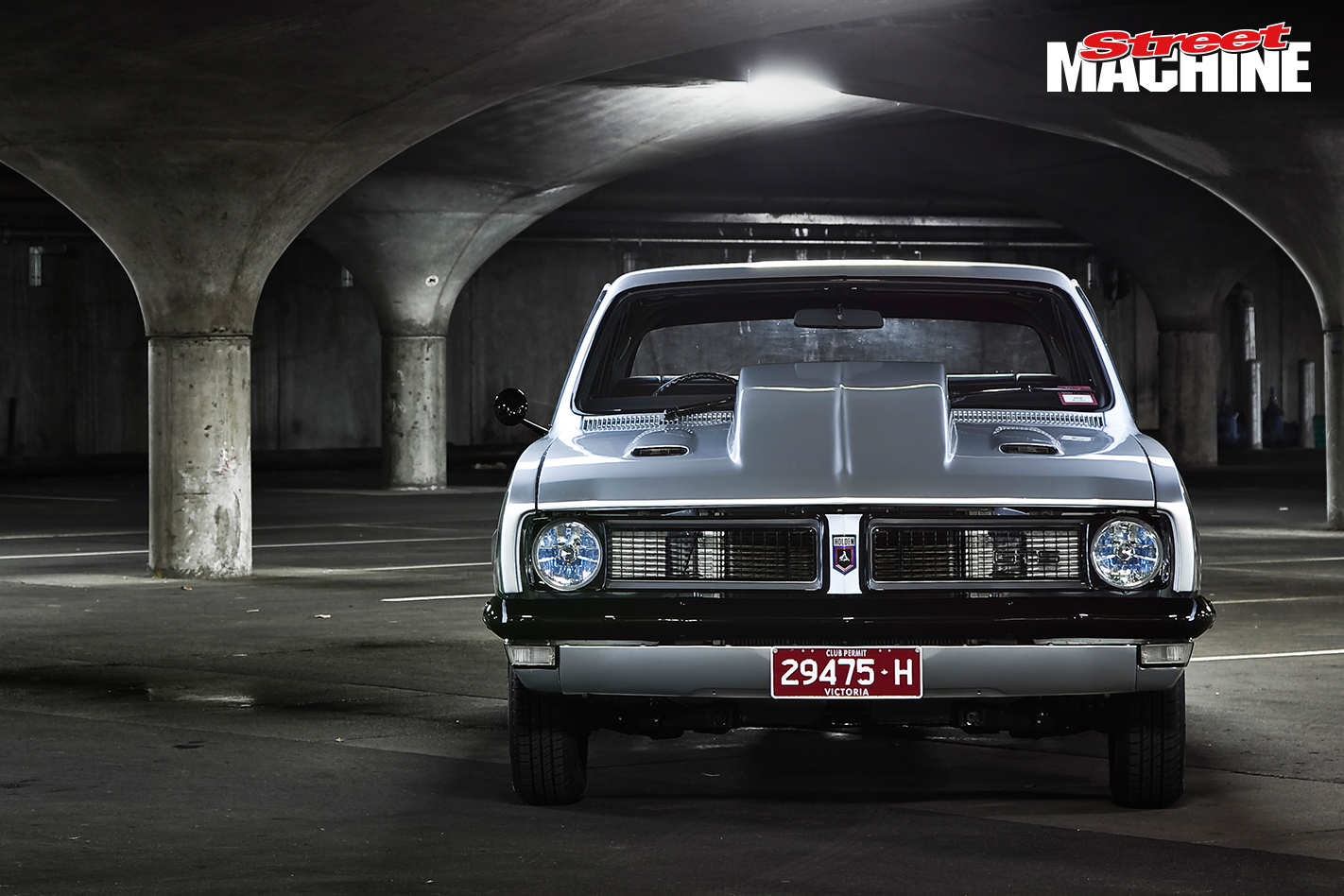 Matt’s no stranger to V8 street cars; he’s owned a few over the years. “I sold my nine-second RX-3 Mazda because I wanted a cruiser,” Matt says. “My daily drivers have always been V8s.” However, his idea of a cruiser might be a little wilder than most. “To me, a cruiser should always run 10s.” 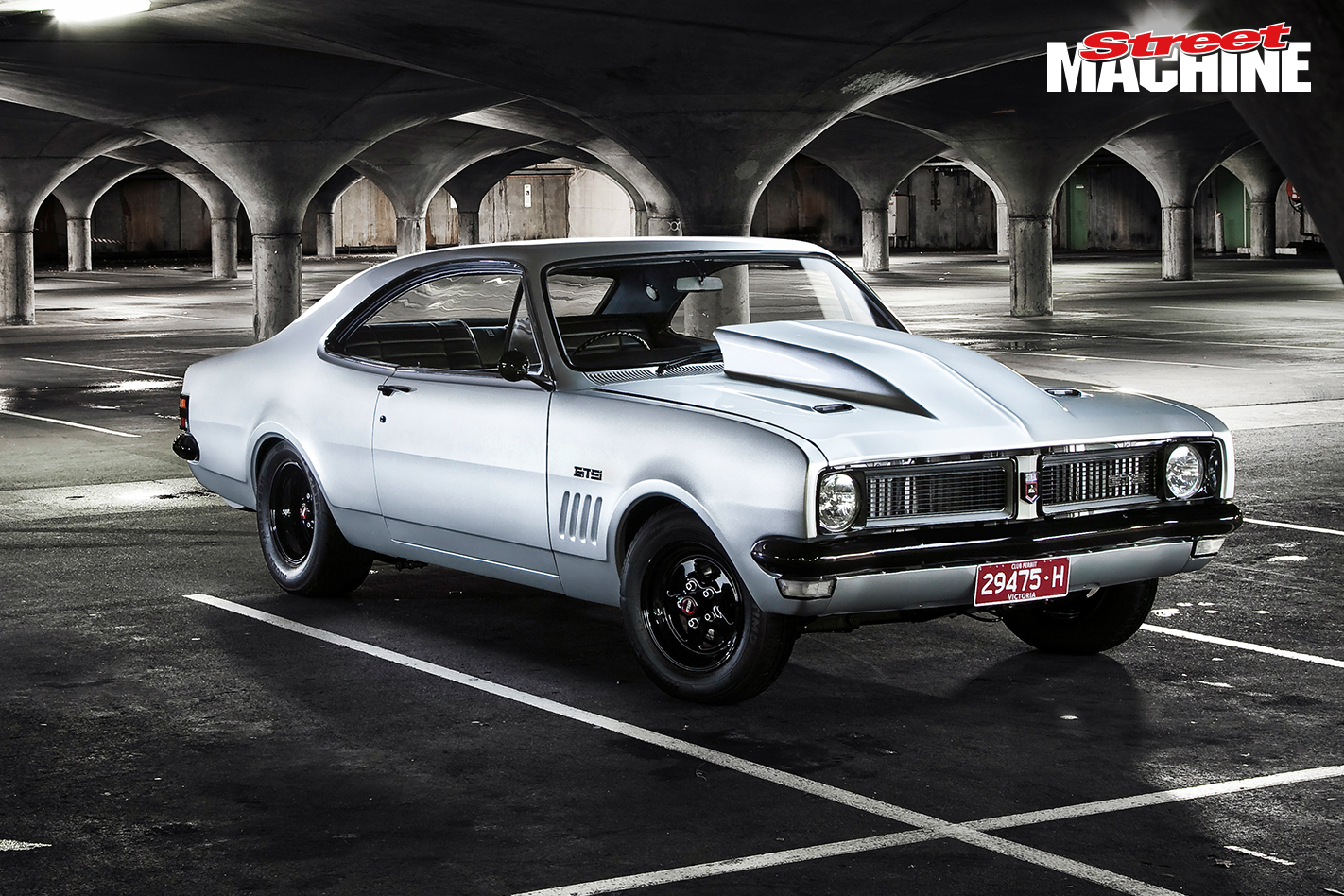 This street and strip weapon started with what seemed like a solid shell that didn’t need much work to get up to scratch. “I bought the car from Geelong. It was advertised on a forum as a roller and was in undercoat. 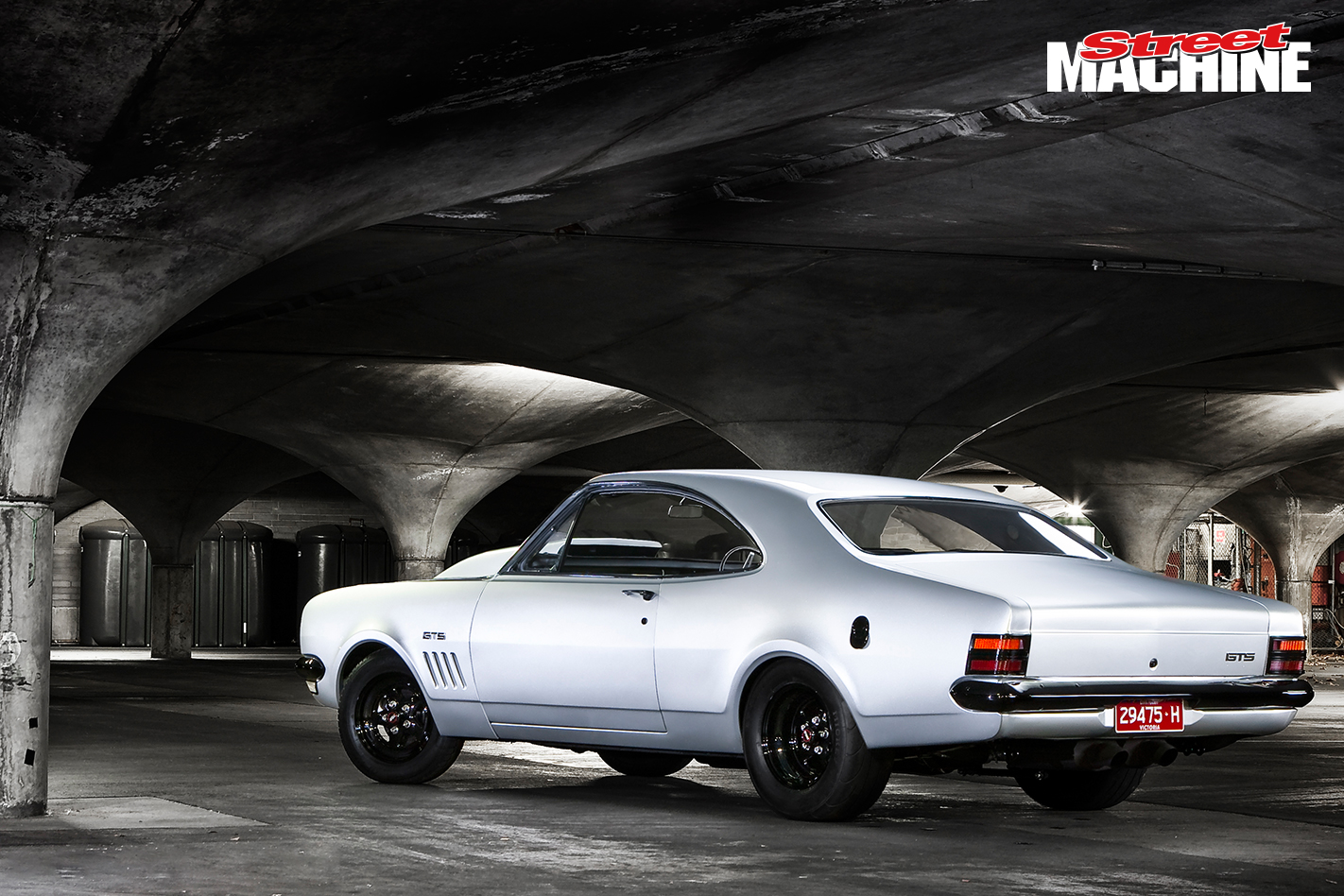 “The body looked good from a distance but I rubbed it back to find it had a couple of typical Monaro rust spots. There were some under the driver’s side rear window and a couple of patches around the windscreen.” 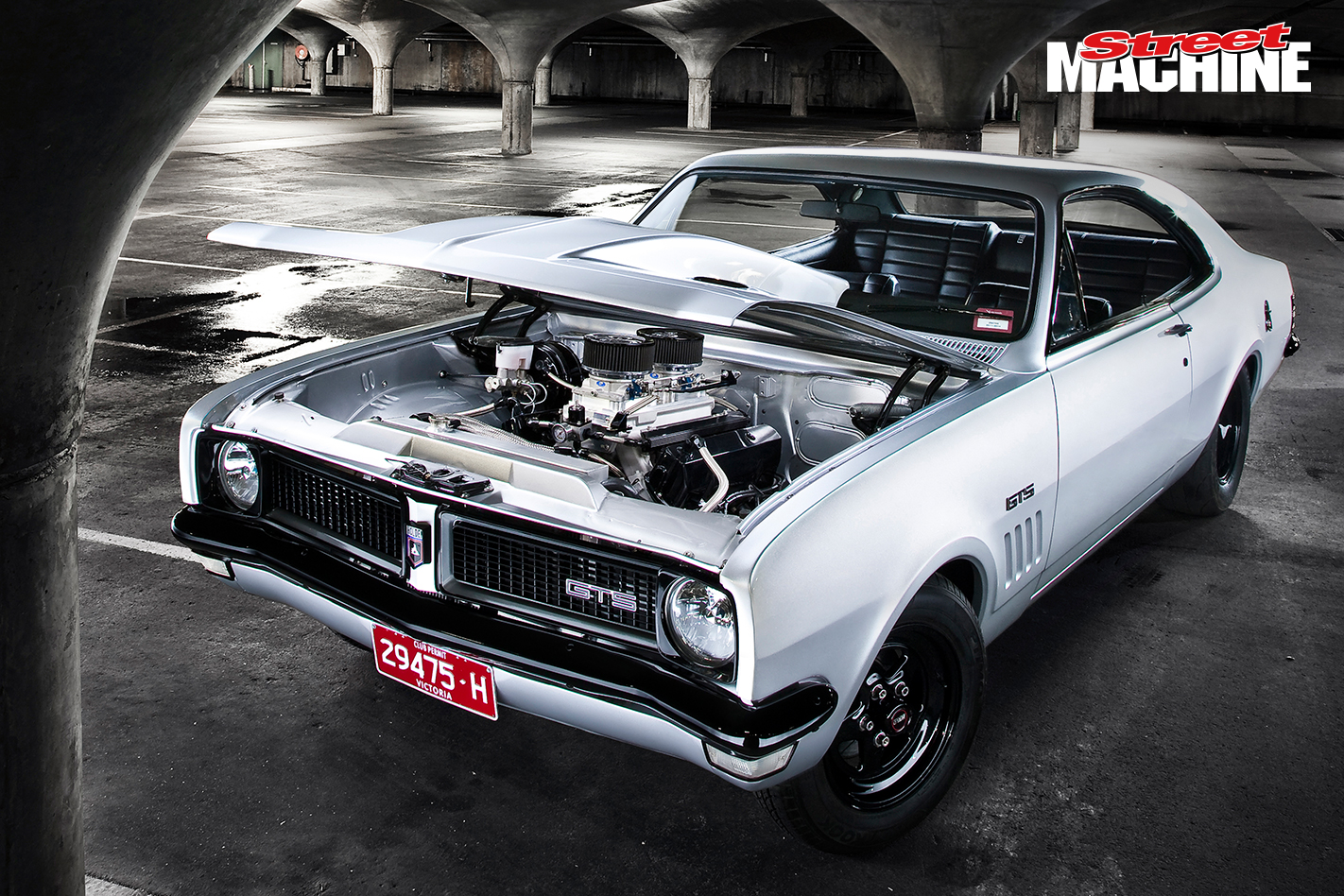 Matt stripped the paint off in his garage, and then farmed out the panel work to Shawn Potter of Exotic Kustoms. Once the body was free of cancer, Shawn smoothed the engine bay and lipped the guards, fitted the fibreglass Alfa Motorsport bonnet and bumpers and shot the shell in House Of Kolor Orion Silver. 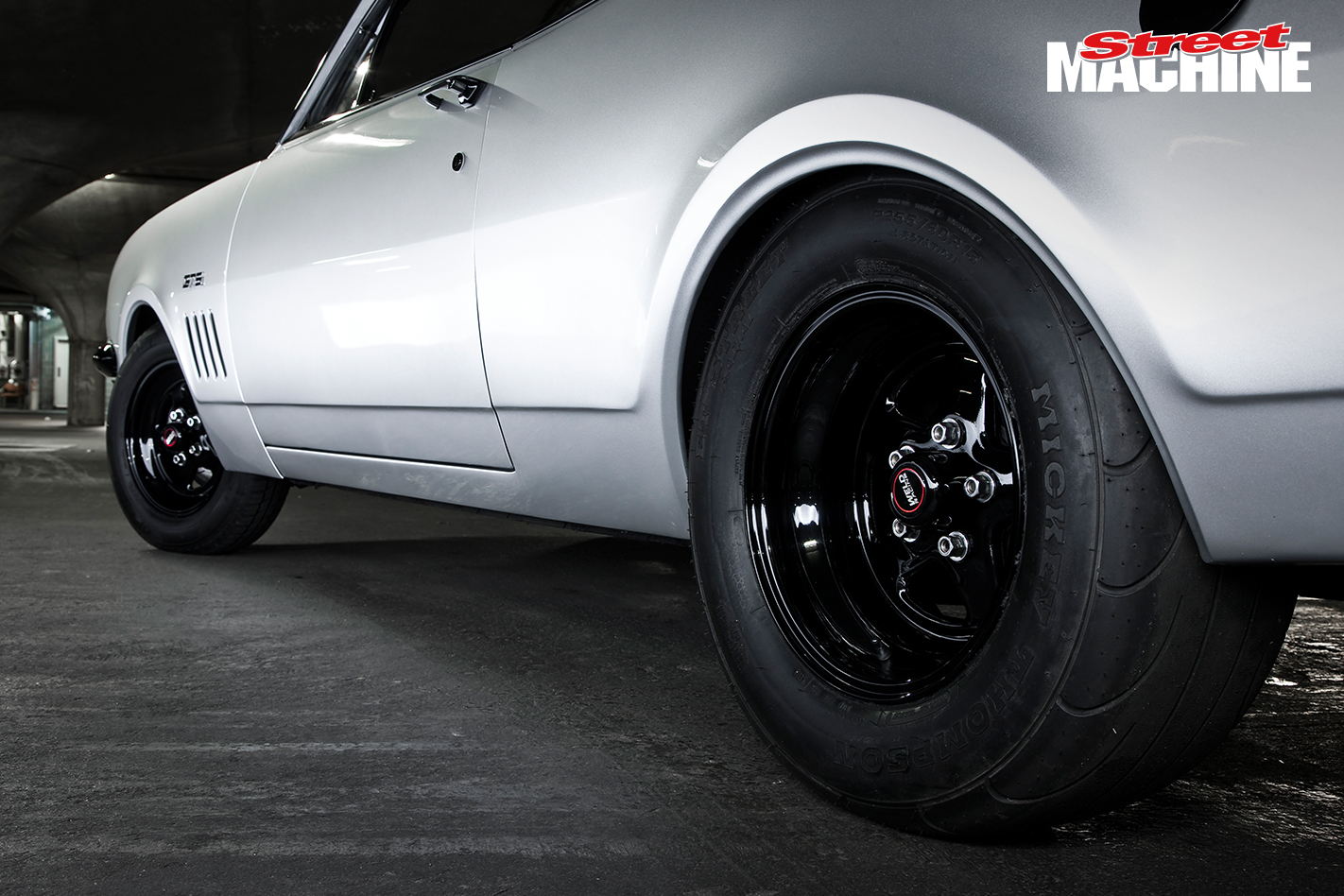 The bright hue sets off the Monaro’s Coke-bottle lines, especially with the gloss-black bumpers, grille, trim and 15-inch Weld Pro Star wheels. The timeslips are even hotter after you realise Matt is only working with eight-inch-wide rear wheels and 255/60 tyres. 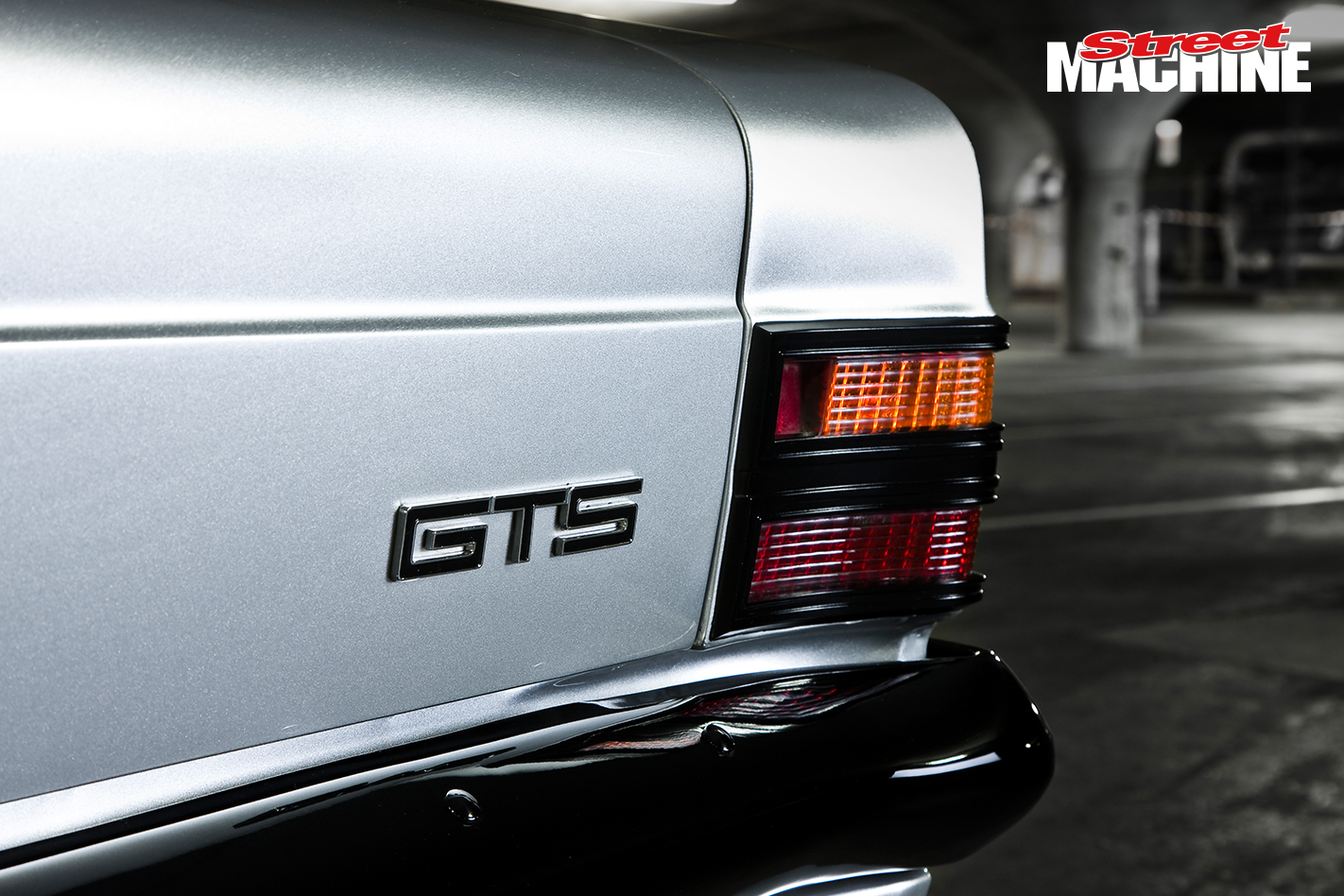 The leaf springs and wheel tubs are in the same location GM intended them to be, which limits wheel and tyre options. This was important to Matt; “Nothing is cut on the car, so I can put it back to standard if I want. I wanted a car that was affordable today, but which would increase in value over time.” 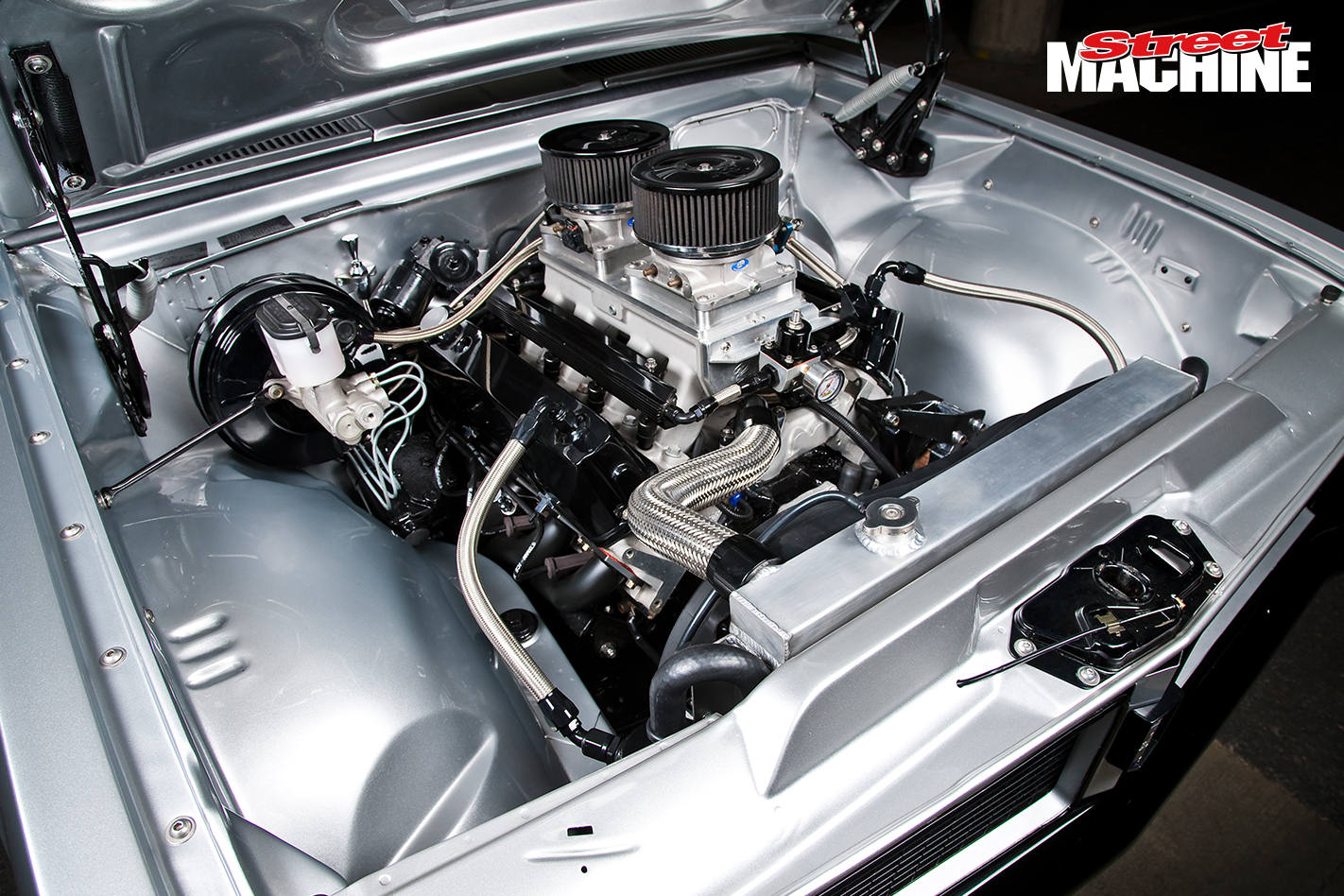 The 355ci Holden V8 is good for 520hp. It was built many moons ago by Melbourne drag legend George Haddad and found its way into the HG by accident – Matt was going to fit an LS3 before fate intervened. 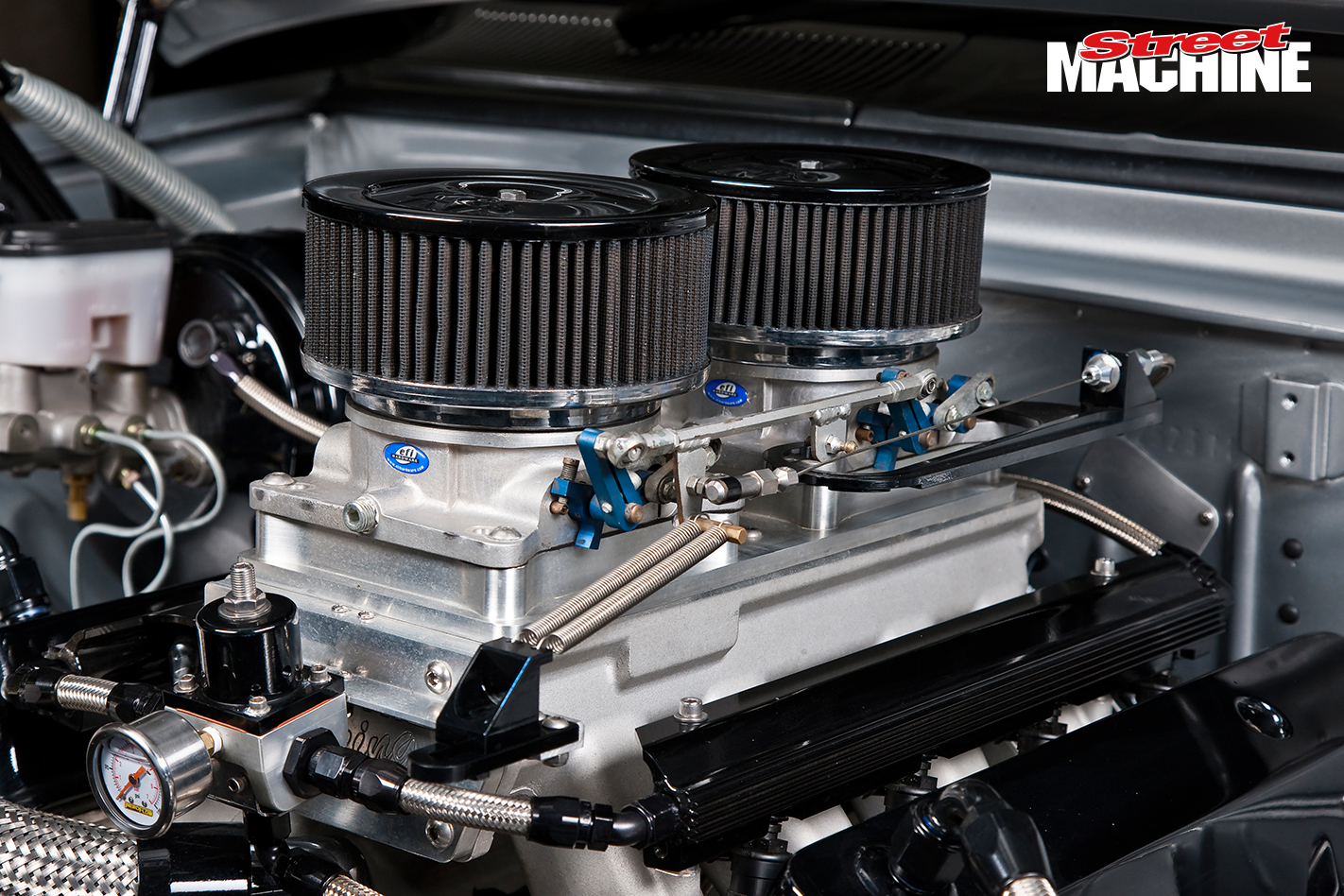 “The LS3 option would probably have been faster than the 355, as I was going to put a Whipple supercharger on the 6.2L. But then the club rego laws changed,” says Matt. “A mate with an HZ had this engine [the 355] in it, but he wanted an LS so we swapped engines. His car was more of a show car, so the engine never really did any work.” 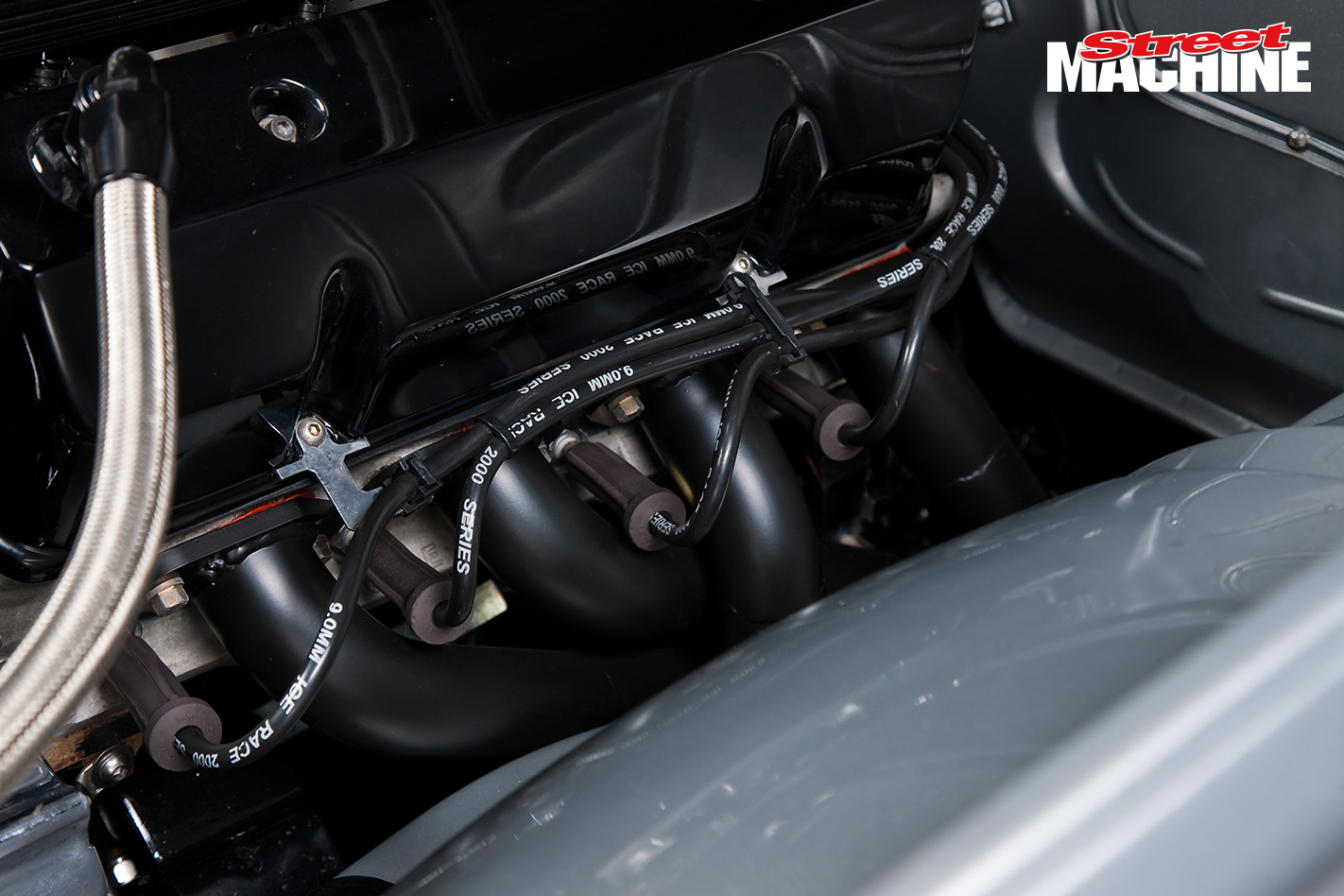 The HQ-era block boasts plenty of good gear, with a Harrop crank, ACL pistons, A9L conrods and Russell sump, topped off with ported COME Racing heads and a Crane cam. Custom four-into-one headers lead into a full exhaust system boasting twin mufflers out the back, while an ICE ignition system gets spark from a Bosch coil. 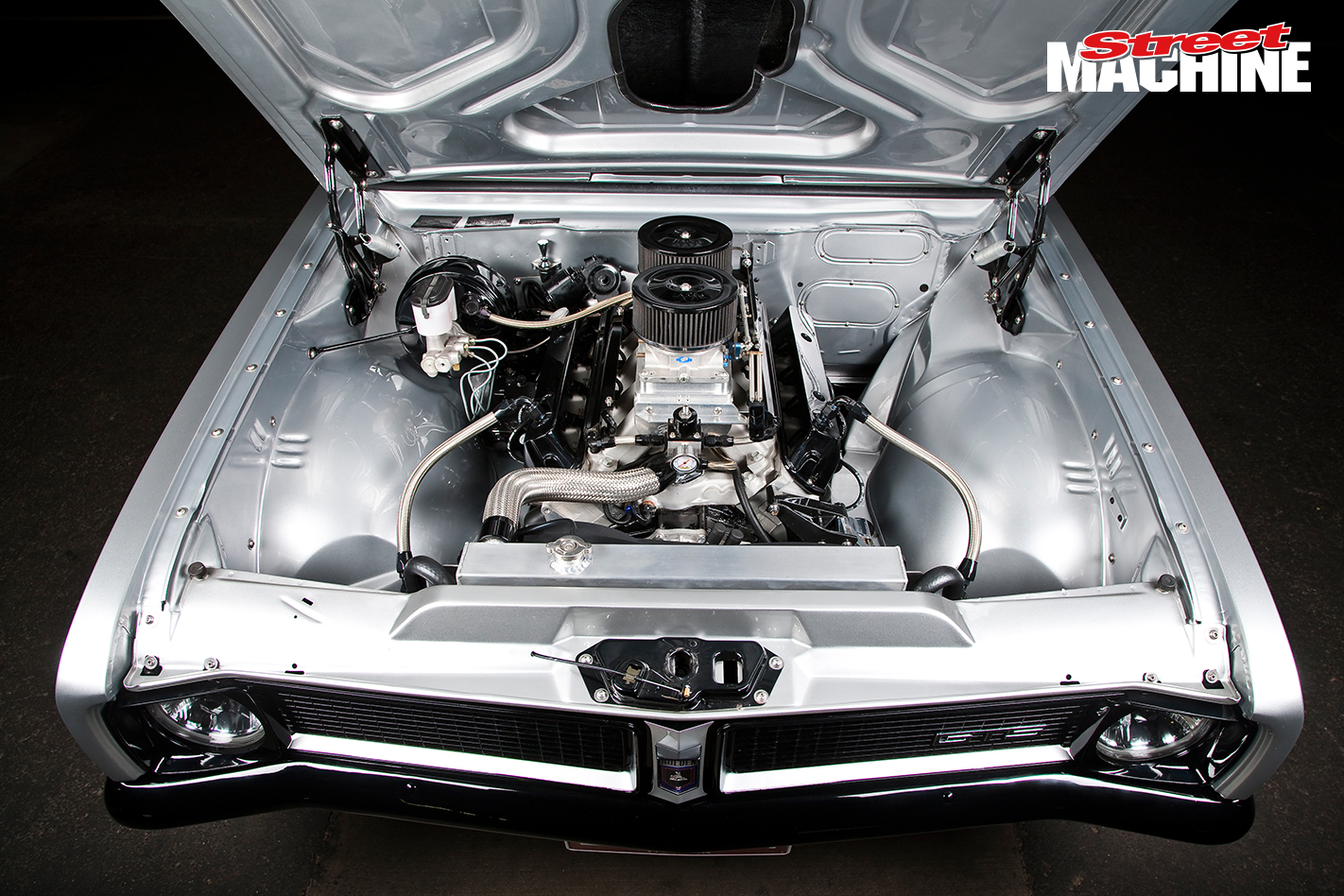 However, where this lion really gets its street and strip-friendly teeth is the Autronic-controlled EFI system. On top of the COME Racing high-rise manifold aren’t a pair of carburettors but EFI Hardware 1000cfm throttlebodies. 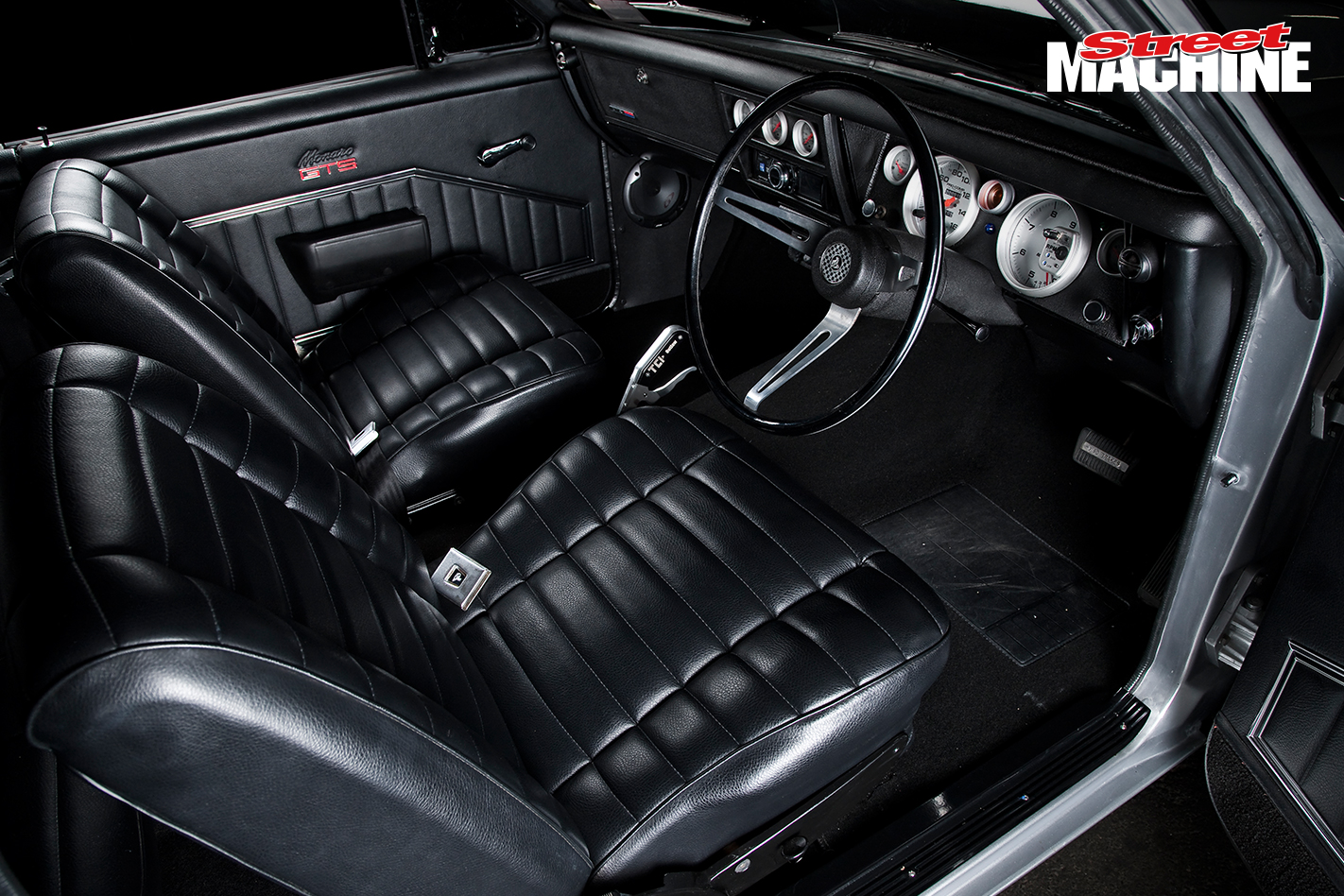 “It’s very responsive with the twin throttles, but drives very well,” Matt says. “The big converter helps that street-friendliness, too. It doesn’t even get hot – I drove an hour in 42-degree heat to the Bass Coast Show and it didn’t struggle at all.” 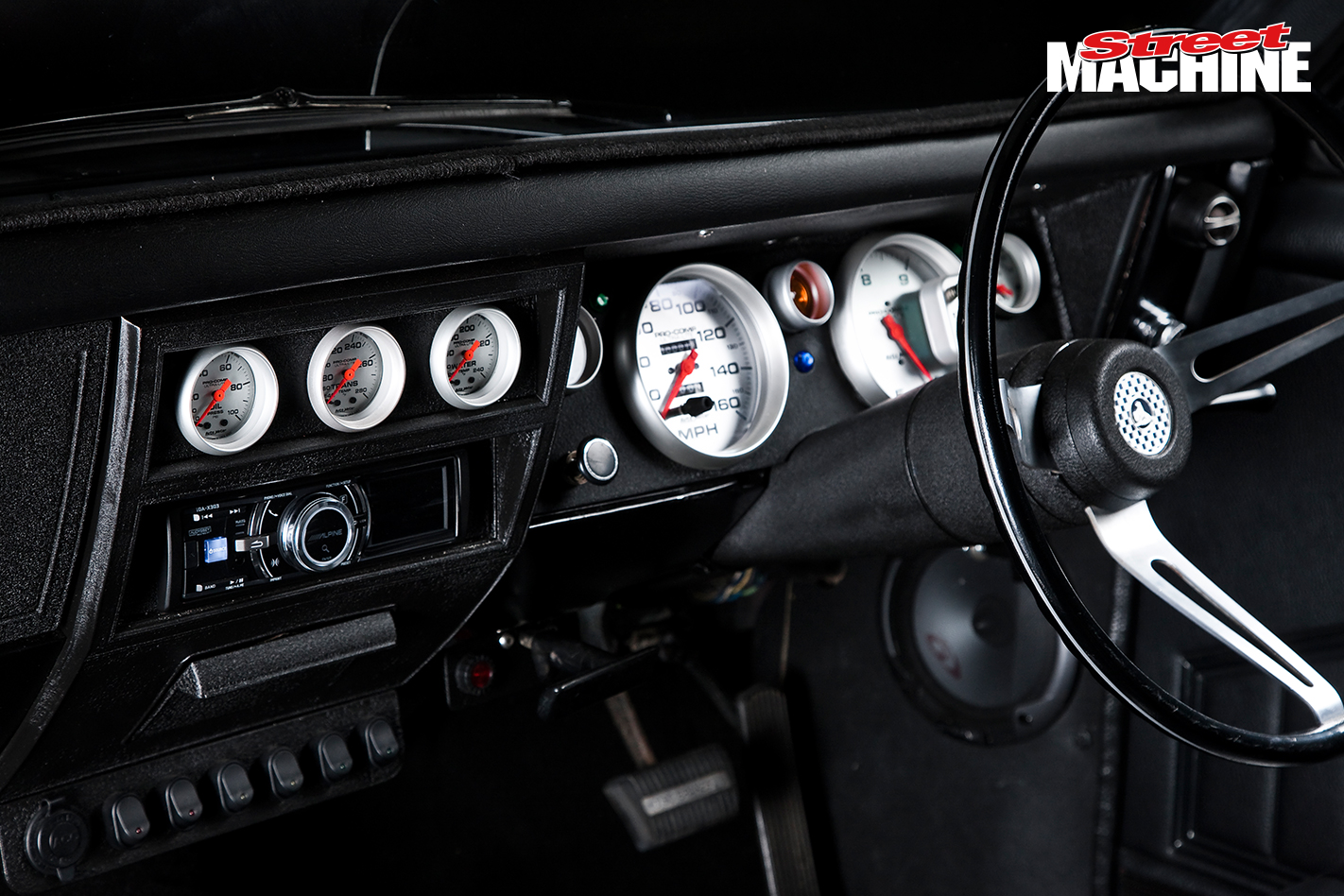 That big converter is a 5800rpm TCE unit working on a manualised Powerglide sporting a transbrake and turbo Vasco input shaft. The rest of the drivetrain includes a three-inch tailshaft with Strange billet yokes and a serious diff comprising a Competition Engineering nine-inch chrome-moly housing, Strange alloy pinion support, Moser 31-spline axles and 4.33 gears. It originally had shorter gears, but Matt had issues with that set-up. 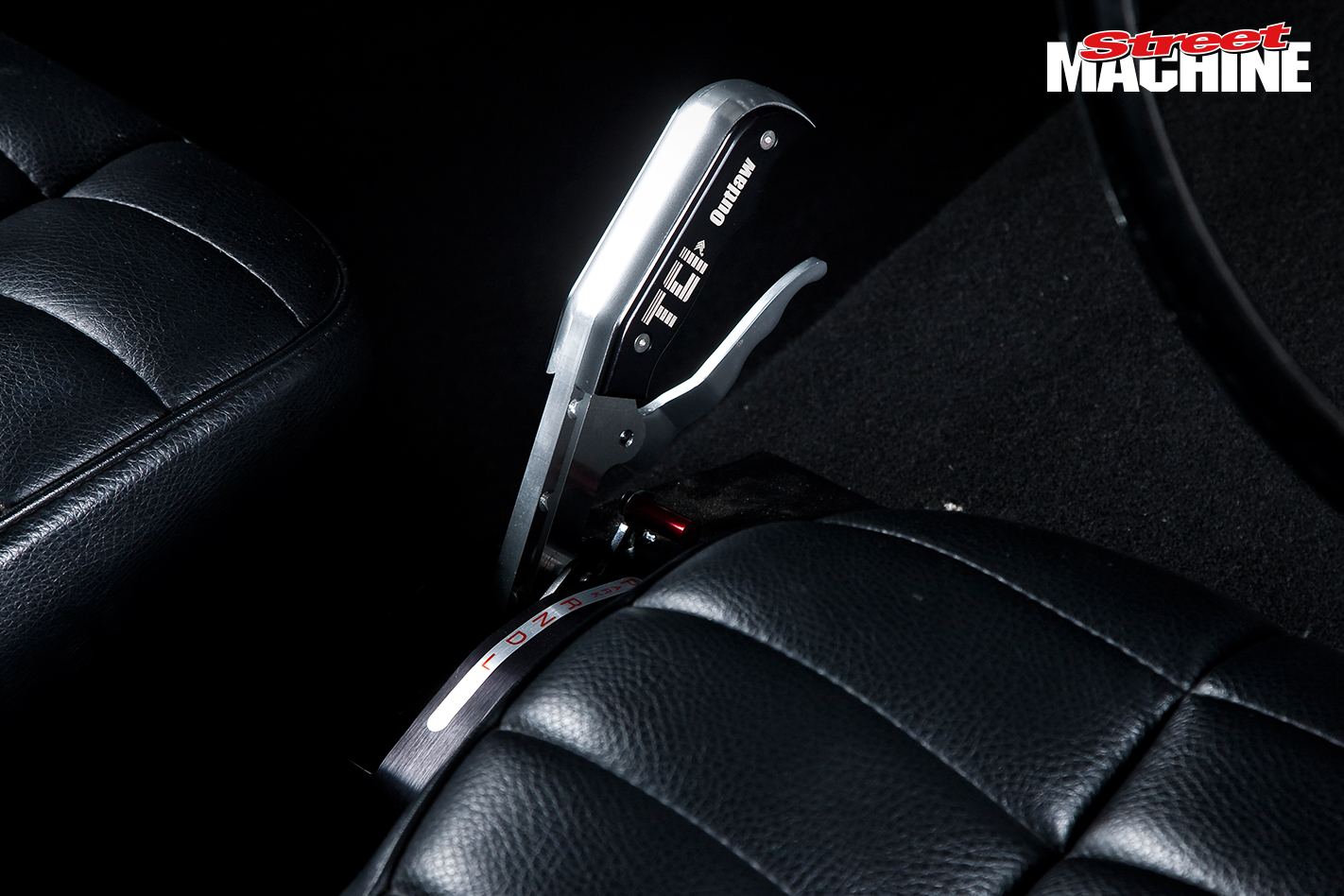 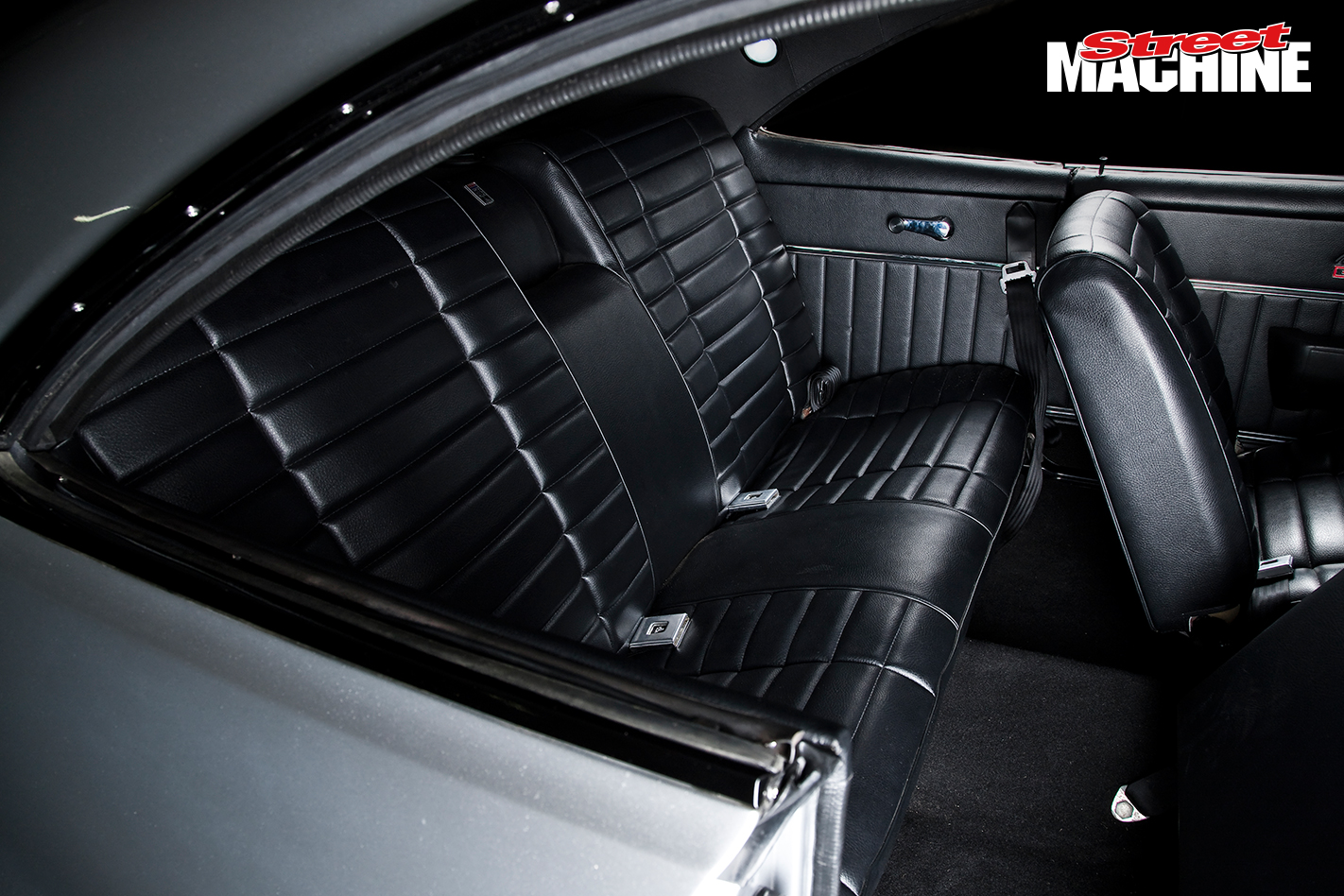 That’s not bad for a full-weight muscle car with seating for five, a stereo, hoodlining and all the fittings you’d expect in a true street car. And, though the HG doesn’t have air con, power steering or a cabin full of electric convenience options, it’s still a chunky amount of mass to shift down the quarter mile. 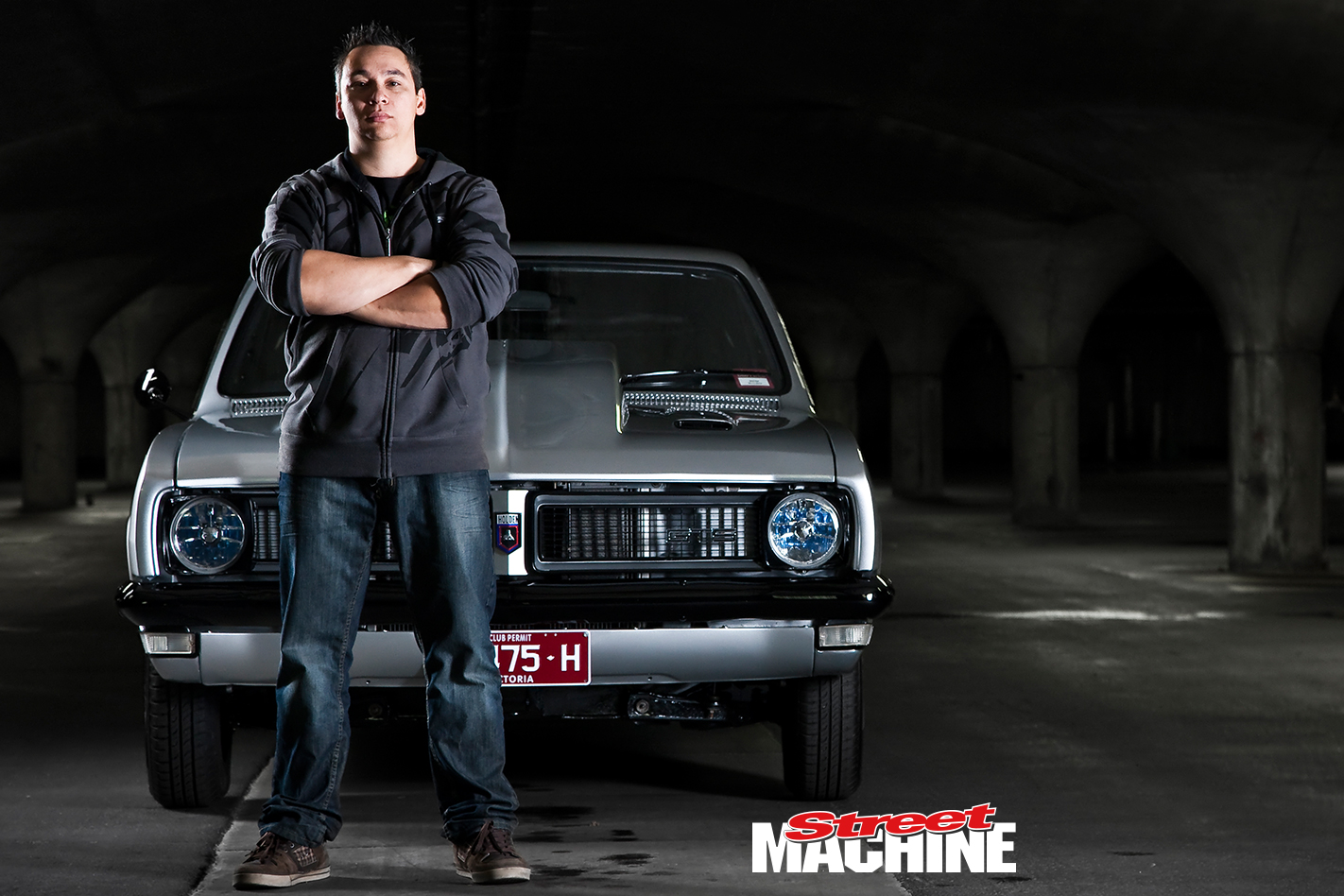 If all of those factors weren’t enough to impress you, consider that Matt has tackled the lion’s share of the car’s construction himself at home.  “It was actually a bit of a budget build and I’ve done almost everything myself,” says Matt. “My wife Kristie reckons it is awesome. I drive my son Ryan to school and we go on heaps of cruises in it, and he loves it.”