WHEN it comes to Aussie icons, lots of folk reckon the EH Holden is right up there with football, meat pies, kangaroos and the Summernats. It was the best-selling Holden ever; dealers shifted more per month than any other model in Holden’s history. One bloke who doesn’t need any convincing of the EH’s status is Canberra’s Johnny Musladin who, at the age of 16 or so, already knew the classic EH was the car for him. 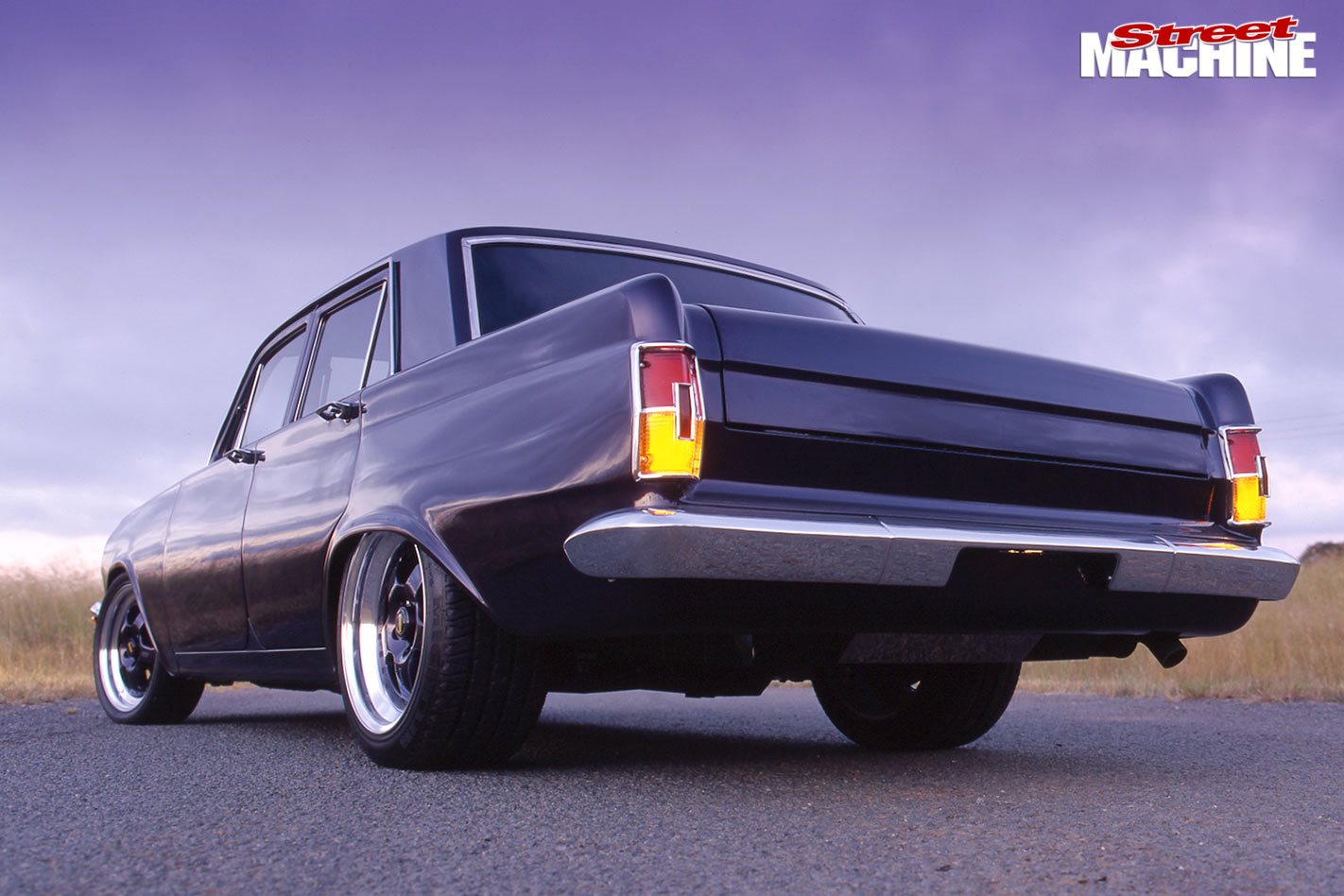 But it’s one thing to have an enthusiastic wish list and a hungry headful of ideas about building this or that. Turning such brain spikes into a living, breathing street machine is something entirely different. Five years and lotsa dosh later, Johnny knows that too. 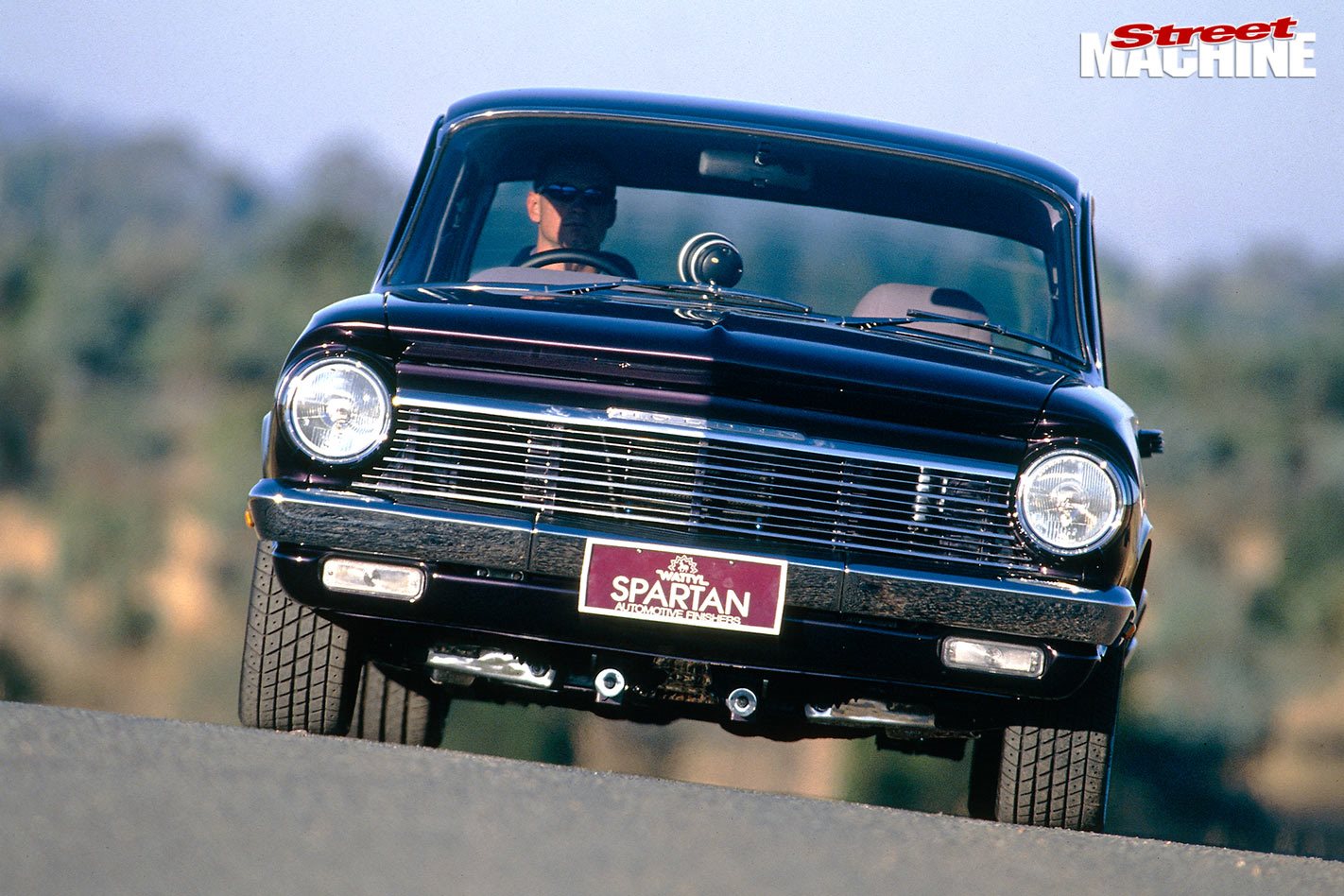 Johnny did it right. Before getting too far into the project, Johnny acquainted himself with the rego rules. It was a case of ticking off the check boxes; of going by the book. For Johnny, that included anti-intrusion bars in the doors, a collapsible steering column, inertia-reel seat belts, evaporative emissions control and so on – all checked by an engineer. Some people baulk at the extra expense and work this involves, but cars built to this regime have better crash safety and structural integrity than the originals – no worries. And being a legit, fully engineered rebuild backed up by the appropriate paperwork, it can’t be knocked back at inspection time – no hassles. 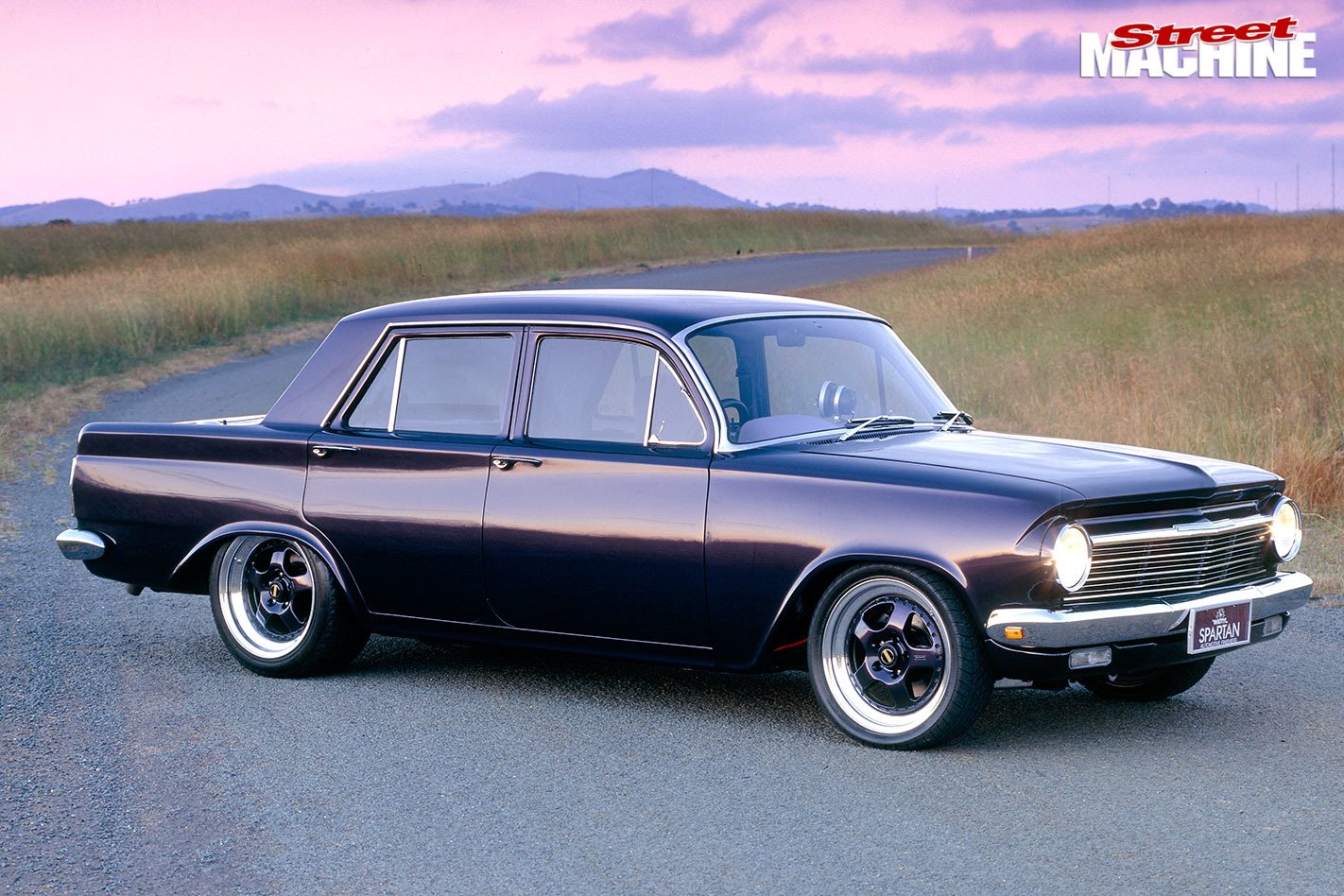 Johnny’s EH Holden owes more to its extensive rebuild than to its original stock identity. Built to the letter of the law, it not only looks the part but plays hard with ADR-style safety package and emissions control

There isn’t very much of the original left anywhere aside from the surprisingly stock-looking body. Johnny replaced the damaged right rear quarter but left the other panel finishing to pro Terry Milton.

| In pics: 50th anniversary of the EH Holden 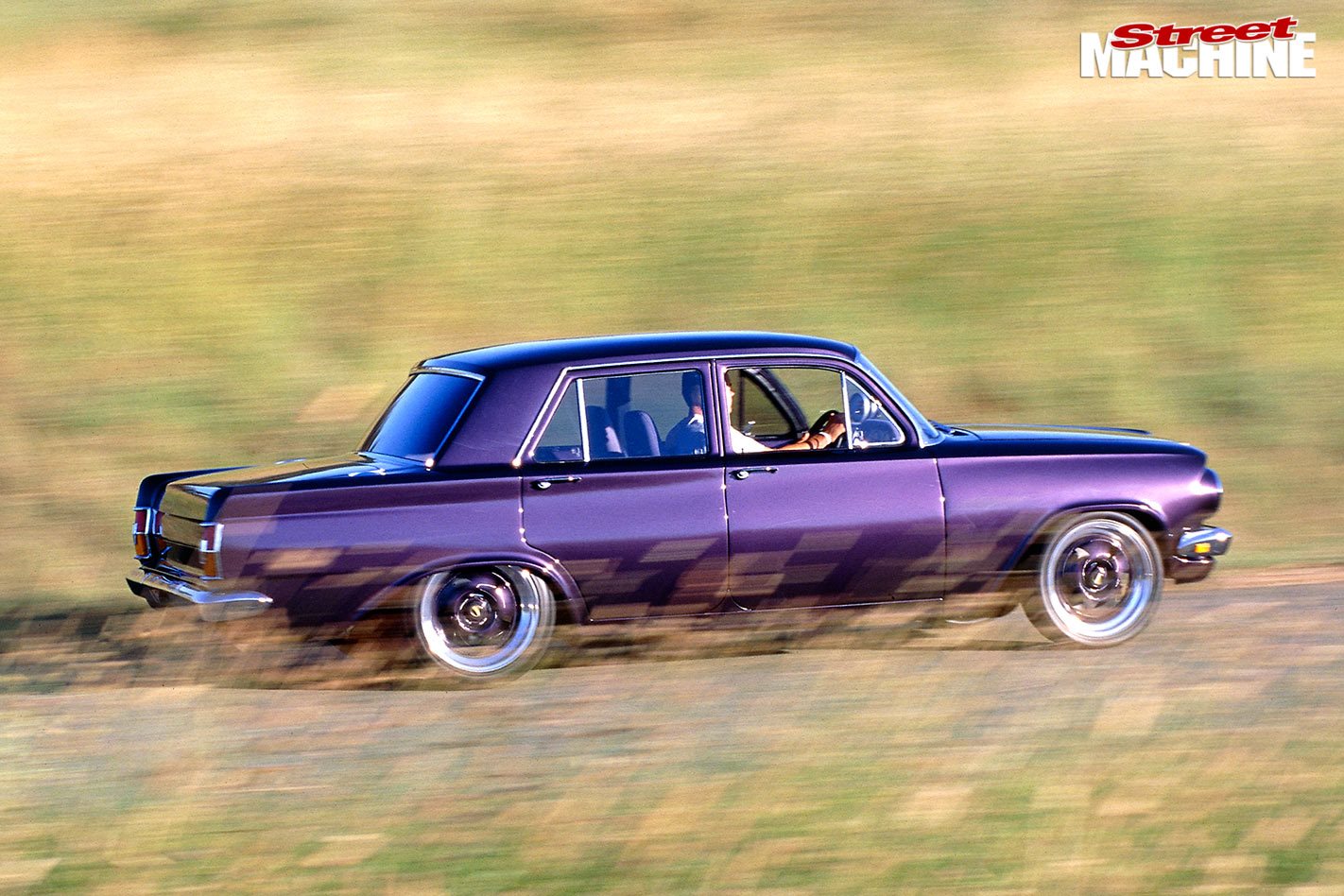 The shell emerged with badges but with the full complement of chrome bits. All the glass was replaced and the rubbers renewed. The body sits a smidge lower than stock and has a big-booted, wide-track stance thanks to 17-inch Simmons F90s and big-league Yokohamas.

Beneath the body is a full box-section chassis fabricated by Johnny and mate Eddie Mijoc. The Panhard-rodded four-link rear end is a limited-slip nine-inch geared at 4.56:1 and turning beefy 31-spline shafts. Like the drop tank and gearbox tunnel, it came from Ozlin Fabrications. The axle is sprung and dumped by Koni coil-overs, and braked by stock Ford discs. 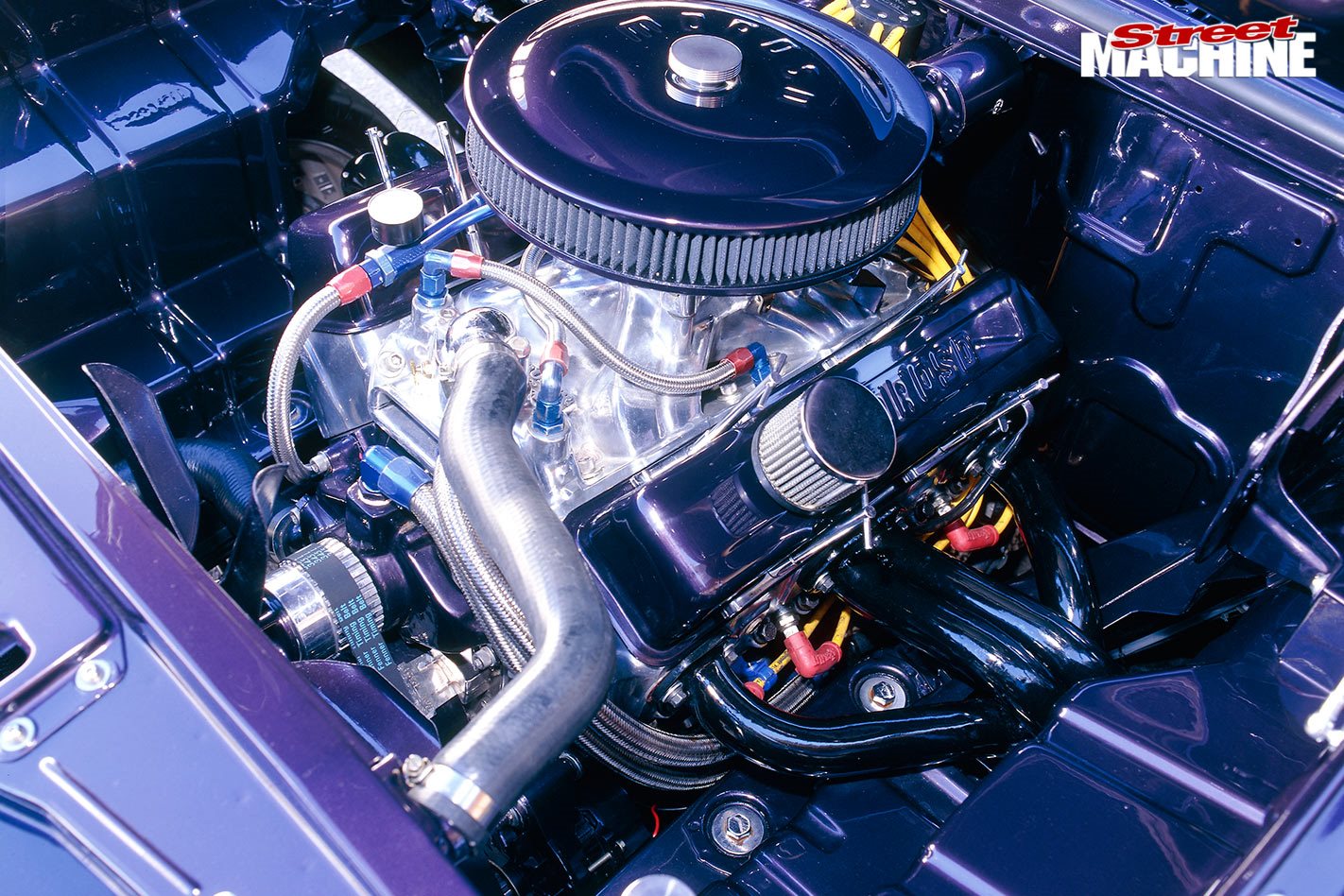 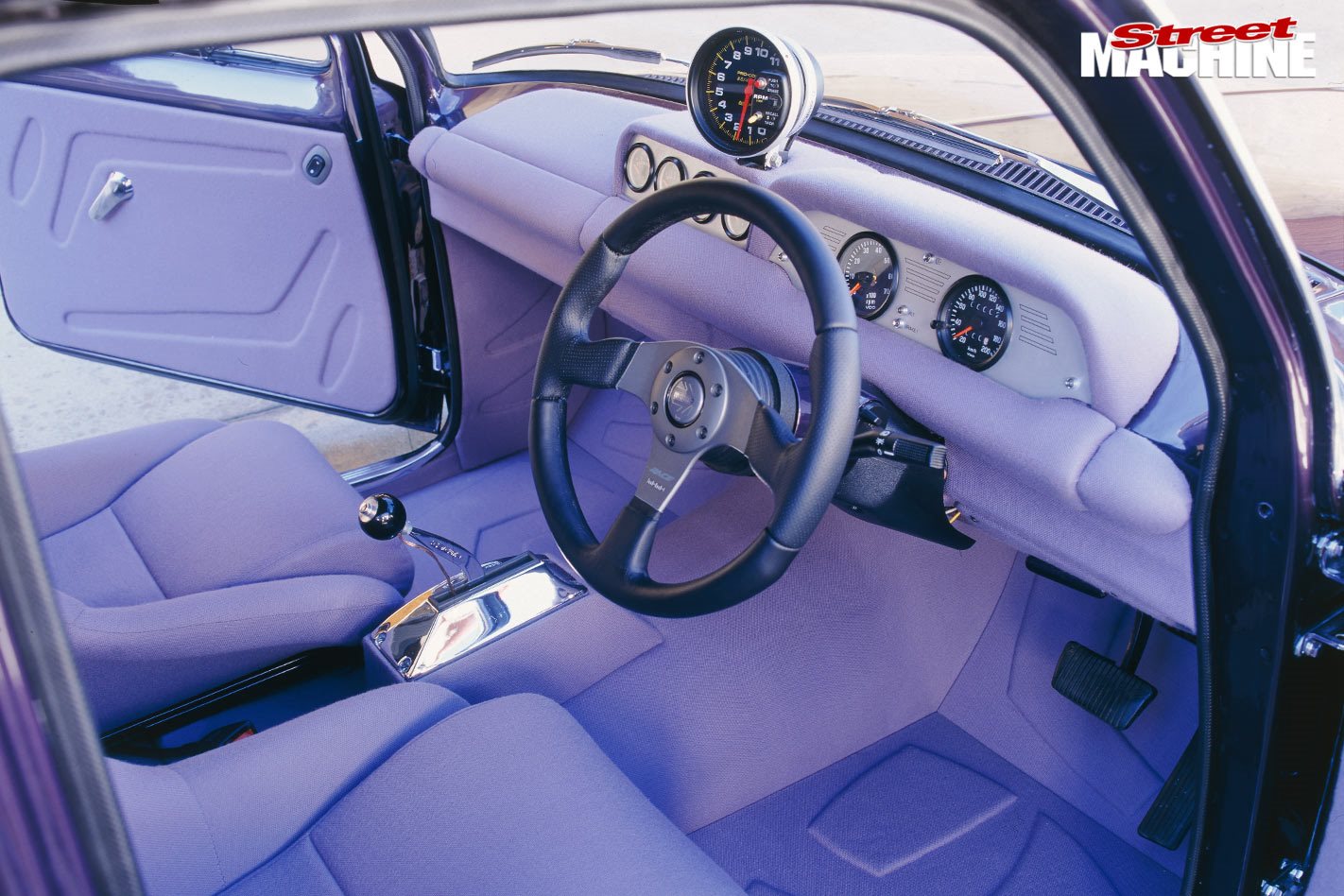 The small-block Chev uses a 400ci block and 350 steel crank. As if 372 cubes (6.1 litres) wasn’t enough, Johnny added deep-breathing Brodex aluminium heads with stainless 2.08-inch inlet valves and 1.64-inch exhausts. Standing tall from the valley is a Victor Jr manifold with a voluminous Holley 850 DP jug fed by a Holley Blur pump. The premium unleaded petrol mix is sparked by a Vertex magneto; the spent gas exits through custom Powertone headers and dual pipes. A high-volume oil pump draws from a large-capacity custom sump, and coolant circulates through a custom five-row core. 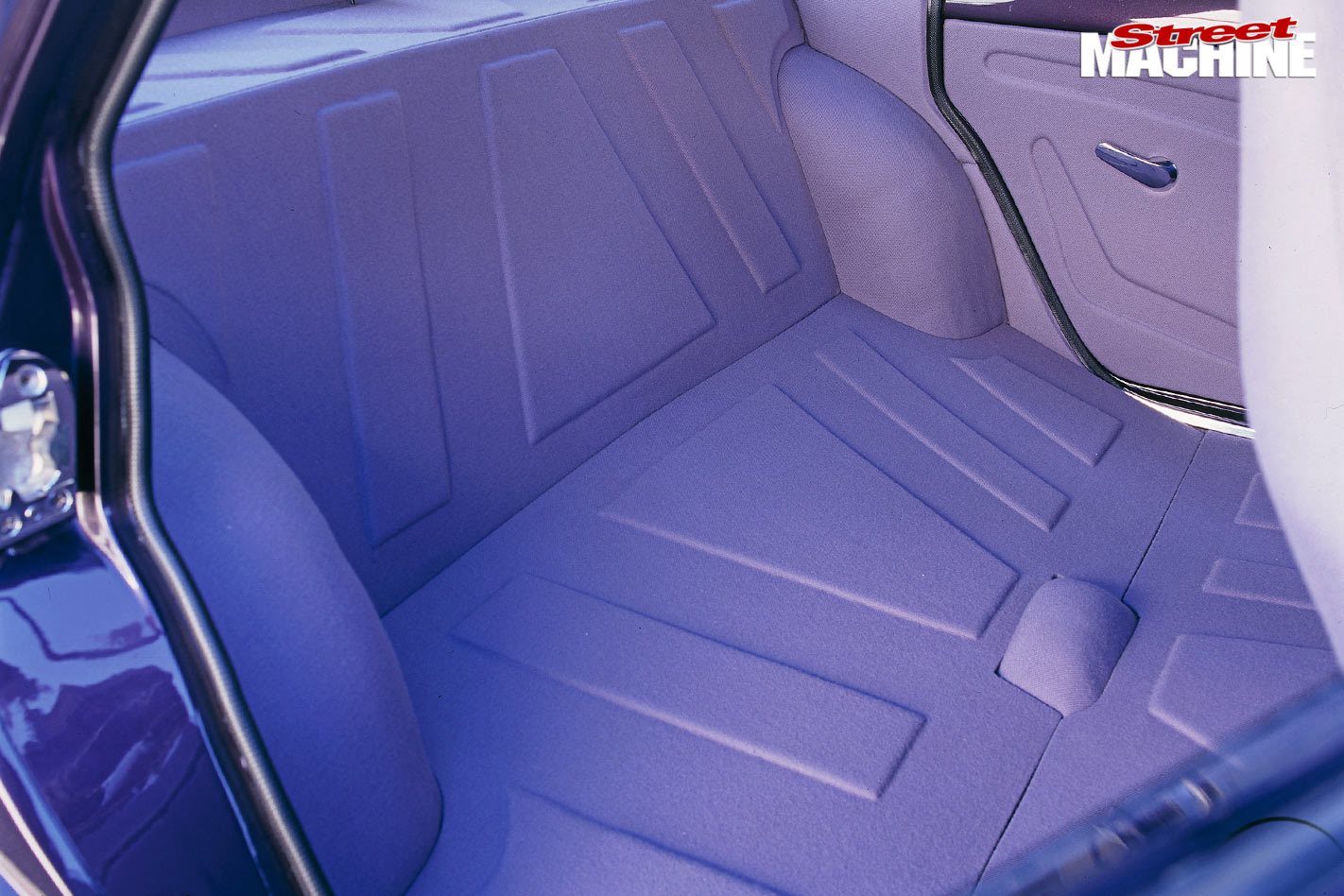 Express delivery is assured with a full-manual Powerglide tranny running an Art Carr 4000 stall converter and Hurst ProMatic 2 shifter. The floorstick is a chrome outcrop on the simple tranny tunnel tailored by Kamm Motor Trimming, in the same vintage violet cloth used throughout the interior, including the SAAS buckets and the sculpted floor panels. Complementing Frank Garlic’s flawless Daytona Violet paint, in lustrous Spartan 2-pak seemingly as wet and deep as Lake Burley Griffin, the interior’s tone extends to the upholstered fascia. The instrument pods have custom aluminium faces with etched lines and lettering. An Auto Meter tacho with shift light stands proud of the instruments and is tapped into the Moddick modular wiring loom installed by the All Wired outfit. 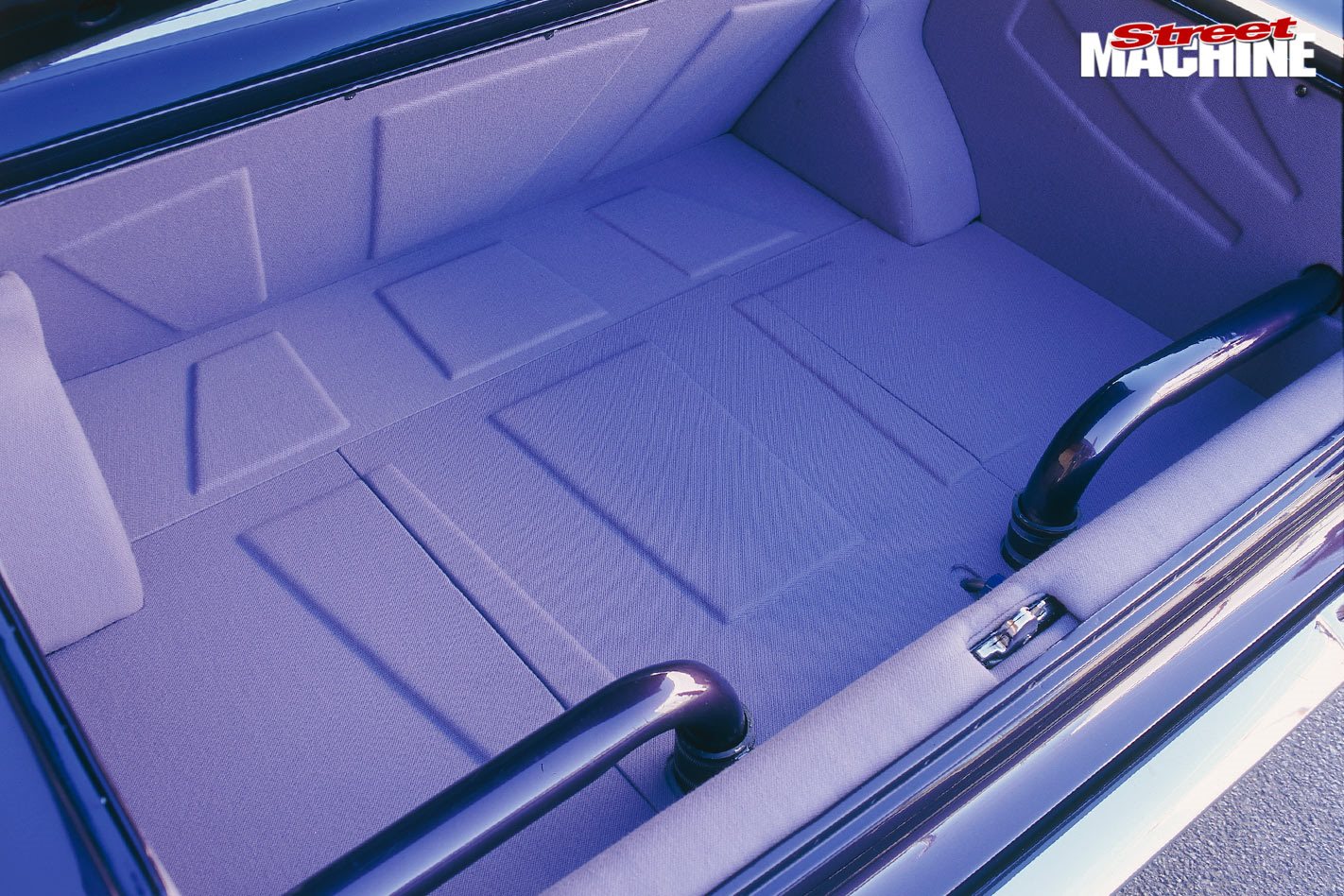 For the sake of clean interior appearance and a touch of convenience, Johnny’s EH has gained power windows and lost not only the armrests and glovebox, but ashtray and sound system. The only smoking permitted here is at the rear bags, and no in-car entertainment system can yet compete for the aural attraction when this stonkin’ EH is rumbling around. 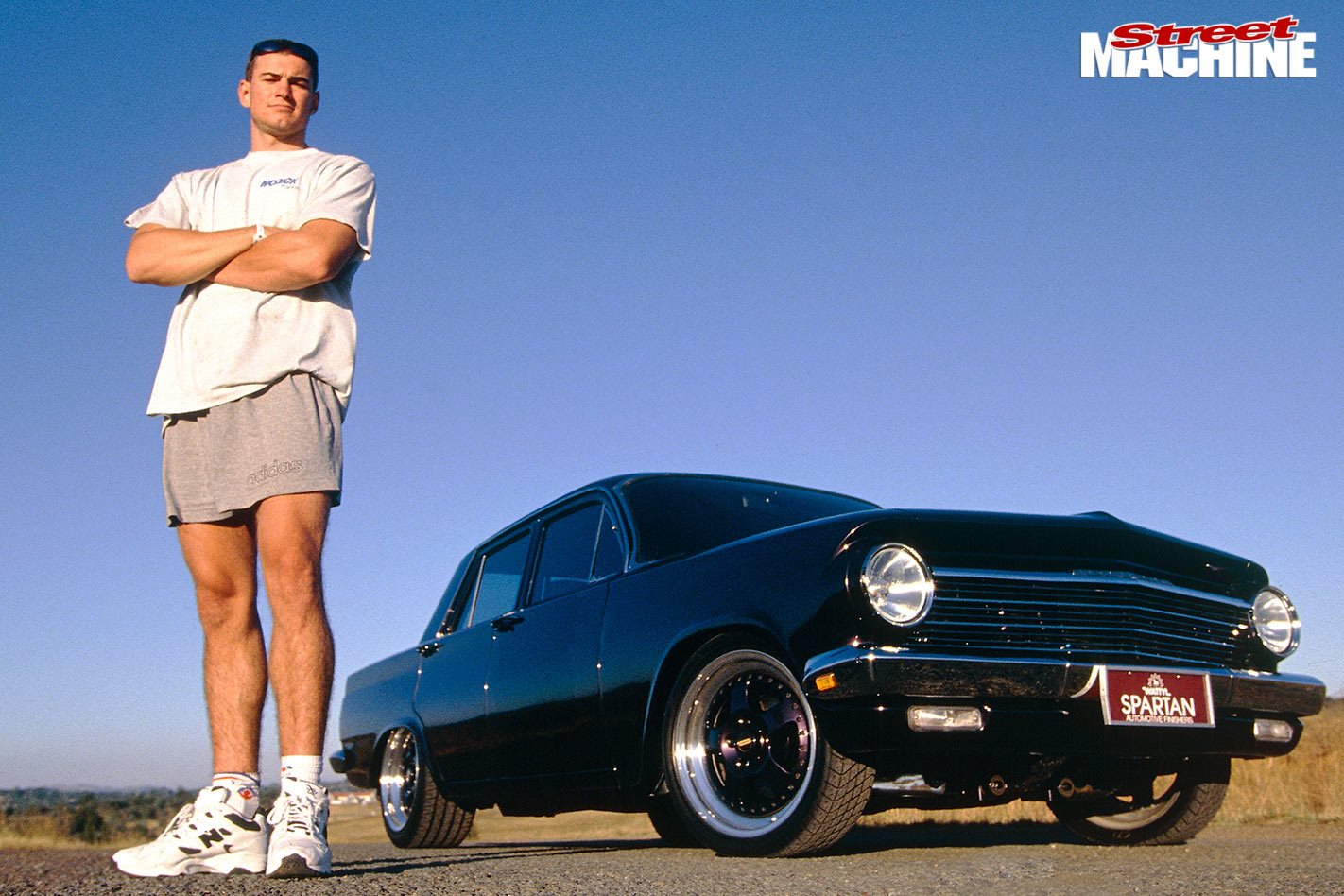