WHAT’S a bloke to do when he’s spent 30 years building most of the cars on his wish list and topped it all by creating one of the wildest ’59 Cadillacs in the universe? For Mario Colalillo, the answer was to go back to his roots and build a custom FB Holden.

“This is how we built cars when we were 17,” he says. “Just about everything on this car was pulled from the wreckers or was stuff that my mates had and didn’t want. All we bought from Rocket were the peep mirrors and the Dynamat! With the economy the way it is, people are saying they can’t afford to build a hot rod but to me this is a hot rod.” 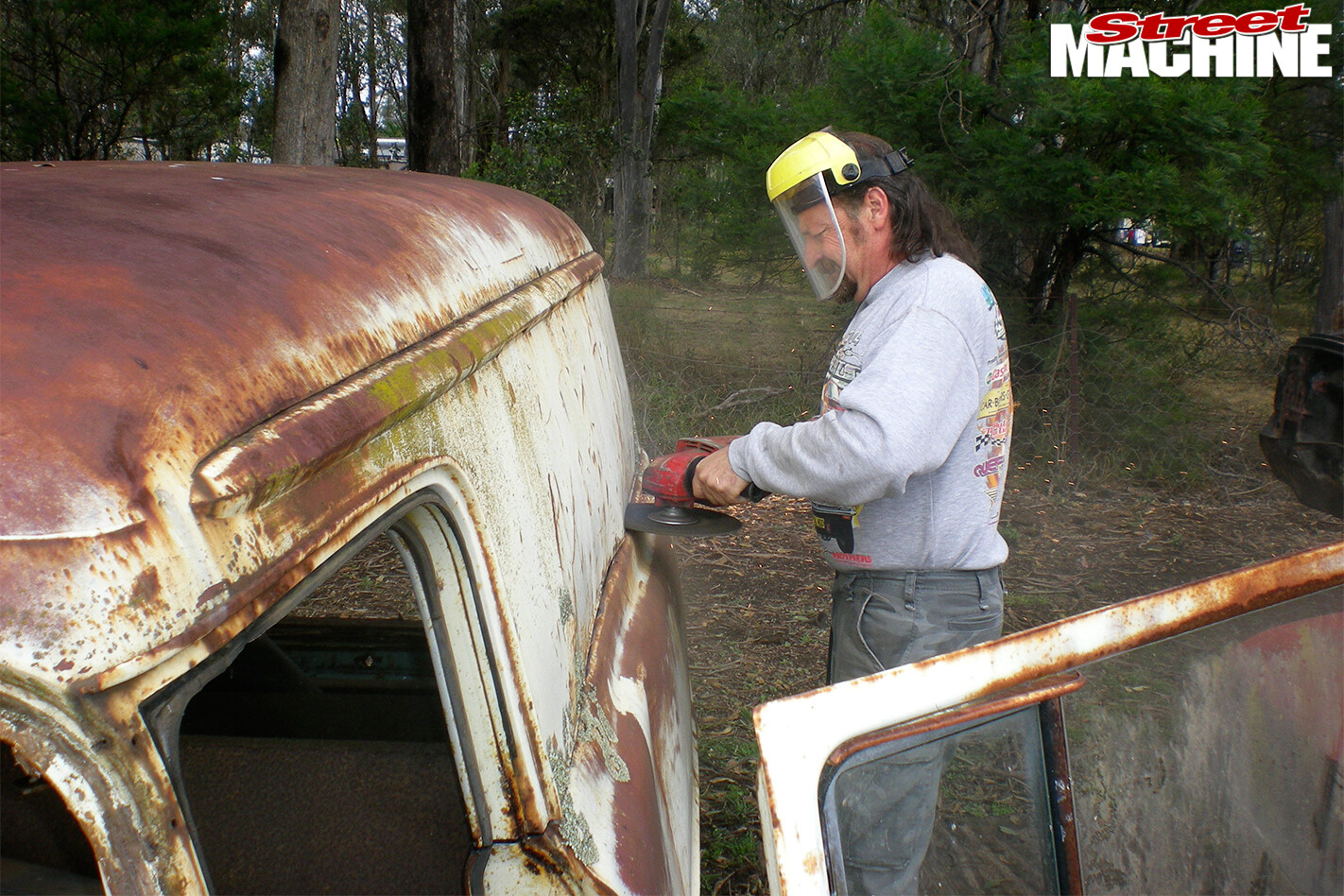 Of course, one thing that Mario didn’t have when he was 17 was a mate called Gene Winfield. Mario brought the US custom paint guru over to Australia in 2010 to paint Wild Cad but Gene was also keen to take the Sawzall to some classic Aussie sheet-metal. “Gene asked me if I had something for him to chop,” Mario says. “I had a stock FB ute stored away and I’d cut the roof off a wrecked FB van with the idea of building a chopped sedan delivery out of them one day, so the raw material was there. I was already busy getting the Caddy ready for Gene to paint but he was keen to do the FB as well and next minute I’ve got two projects on the go at once!” To help get the FB build started, Ryan Carter drew up the concept for our April 2010 Expression Session.

Suitably inspired, Mario spent his weekends prepping the ute for surgery by building a frame to brace the body and prevent it from collapsing when he chopped the roof off. The actual roof graft and chop happened at one of Gene’s metalworking classes, hosted by TJ of Camden County Customs in Sydney’s west. We covered the action in the 2010 SM Hot Rod Annual, as Little Mick, TJ, Justin Hills and many more Aussie customisers pitched in on the haircut. “It was an electrifying couple of days,” Mario says. 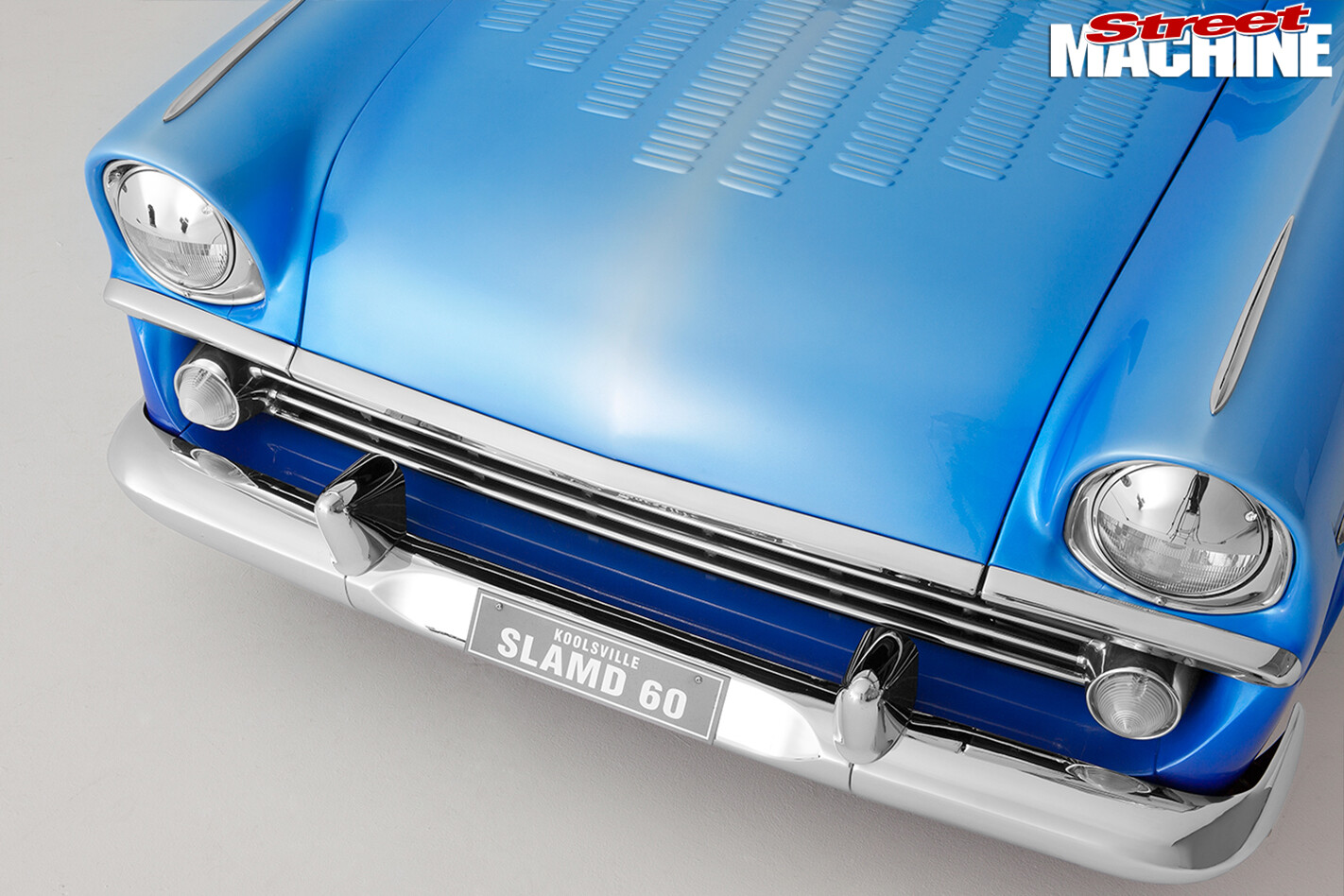 With that done, it was time for Mario to get back into Wild Cad full-steam, to make sure it was ready to debut at MotorEx 2010 and then head off for its US show tour. The van wasn’t forgotten, though; Mario entrusted a couple of Sydney’s up and coming builders to keep the FB project bubbling away. Trudy Camilleri finished the welding on the roof chop before handing it over to Nathan Cooper of Cooper Customs, who finished the body work and shot the car in high-fill. The boys at Twisted Metal fitted a set of airbags to get the stance right and Mario sat the lot on a set of 13in Hustler rims he saved from the wreckers. 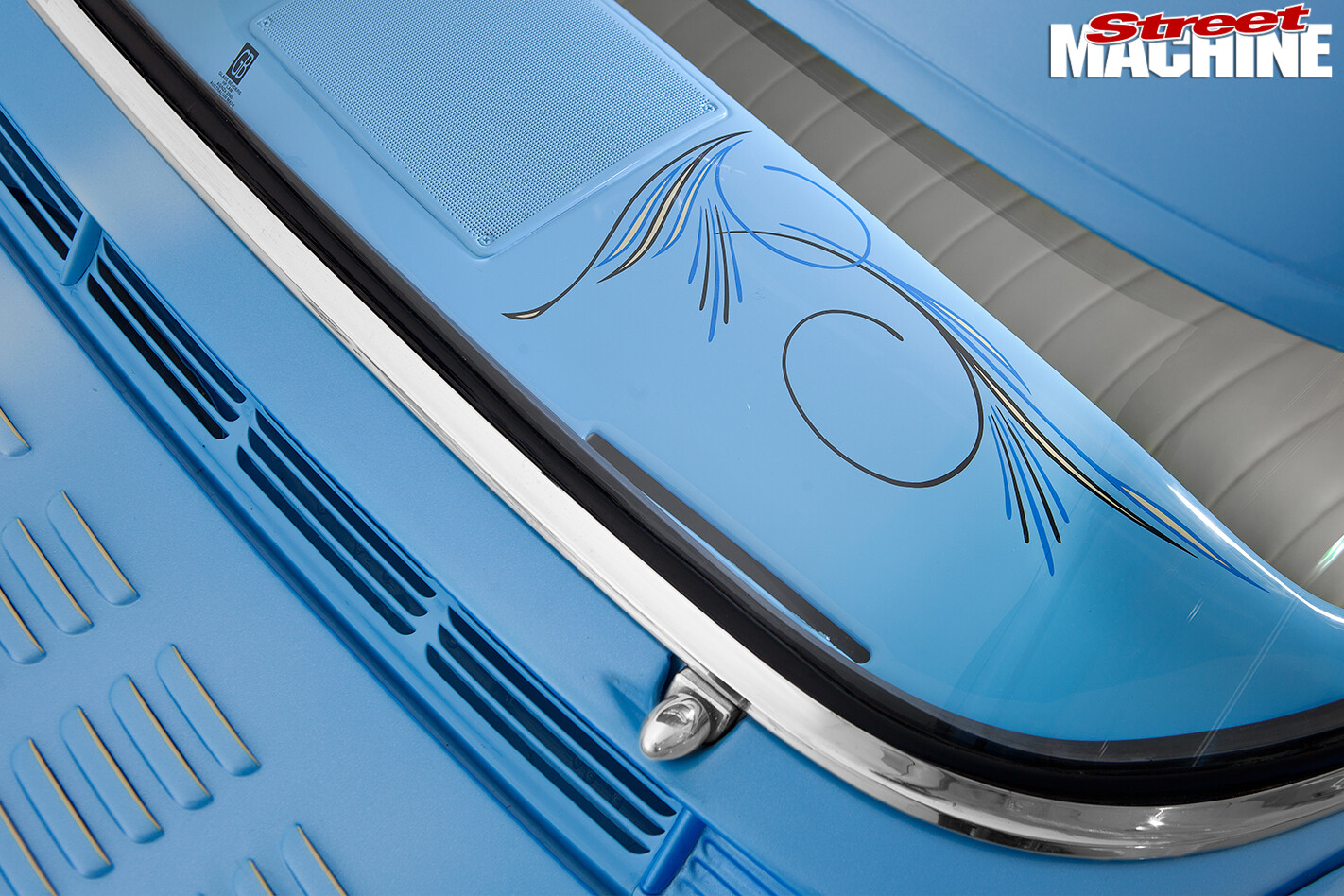 The FB debuted in this form at MotorEx 2010 on the Street Machine stand — not a bad effort, considering it all happened while the Cadillac was being painted and assembled!

“The plan for this car was that it was always going to be a simple driver for my wife, Catriona, so the paint was just going to be plain,” Mario says. Once again, Gene had other ideas! “Catriona had a tough black FB van as her work car but we sold it in order to pay for shipping the Cadillac to the US. So Gene said we should get him to paint the chopped van as payback. With Gene flying back to Australia for PPG’s Masters of Custom event (SM, Oct ’11) the offer of Winfield fade-away paint on top of a Winfield chop was too good to pass up. Just as the paint work got a little wilder than Mario’s original plan, other areas of the build were also altered from the Expression Session.

“Ryan’s drawing is very smooth and that’s the way Gene would have liked it,” Mario says. “But I wanted to keep a little more of the car’s character, so we left on the door handles, the scratch-plates and fuel filler. We also left the spare wheel door in there too — it looks cool to french them in or fit a single-piece bar but it’s nice to have the spare tyre tucked away.” 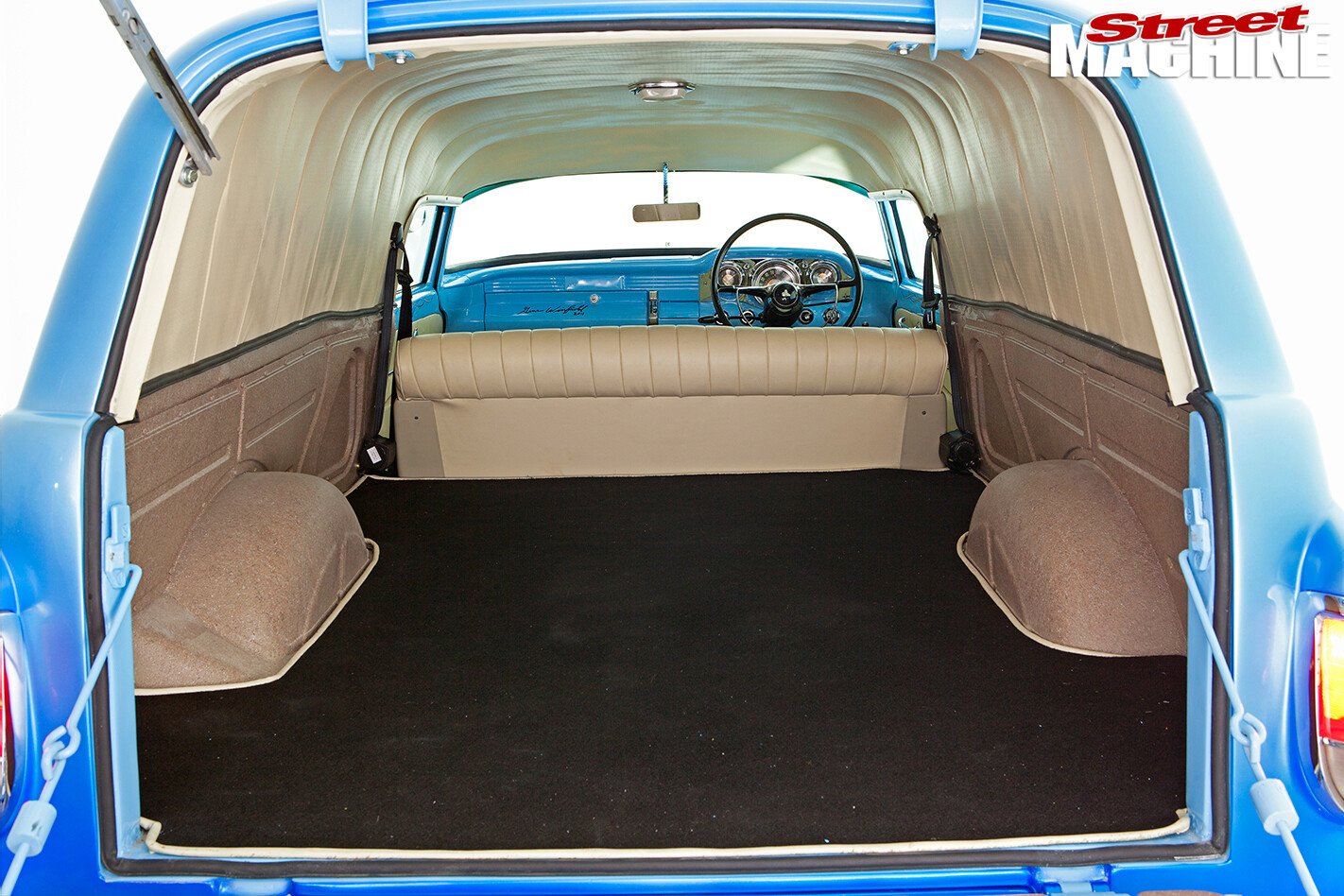 The driveline has stayed true to the vision, with nothing more than the original 138 sideplate six, three-on-the-tree ’box and banjo diff.

“Grey motors are cool,” Mario insists. “Sure, you can put a Commodore V6 in it but it takes away from the authenticity. This keeps it simple and keeps it under control. That is the whole point of these cars; doing something cool on a budget. The car will still be Catriona’s daily, it will be carting hay around for her, earning its keep. “Even my son Andy was giving me a hard time about mucking around with an early Holden but now he loves it! People think you have to start with something American but we have so many cool body styles right here. Gene loves them — we’re sending him an FB dash to put into a Merc in the States. Guys like Paul Kelly and the late John Katsanis have been pushing the Aussie custom thing for years and people are starting to catch on. I reckon if you’re itching to build a custom, just dig an old Holden out of the paddock and don’t be afraid to cut it up!”