ACE snapper Scott Montgomery is the owner of the factory 307 Premier wagon in Silver Mink. “I bought it from Norm Rafferty’s car museum in Echuca about 10 years ago,” says Scotty. “It was his wife’s daily driver for 20+ years and had rust in the bottom of the guards. My mate Gerard Vorstenbosch did the build on it, with me doing the shitkicker jobs. Bayden Roberts did the paint job. Gerard and I repaired all the stainless; it took 14 months to get them done. It is pretty much stock, just lowered three inches front and rear.” 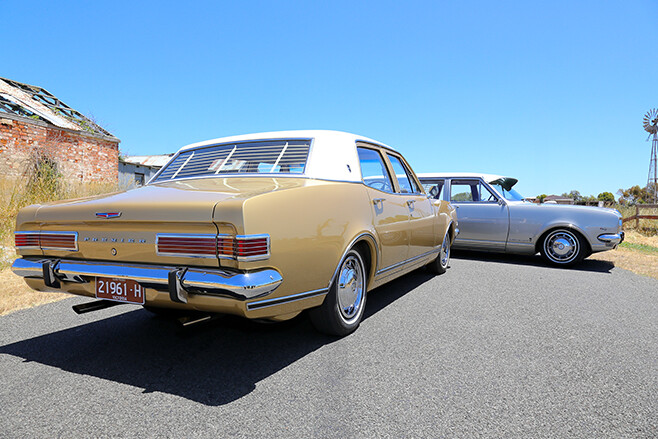 The Prem sedan belongs to Scotty’s mate Mick Gray. “I brought my HK from Beaufort back in 2005. It was in bad shape, but it had all the original running gear: 307 Chev, Powerglide and a 2.78 LSD banjo diff. The interior is still original, but needed some minor repairs done by Griffs Trim Shop. 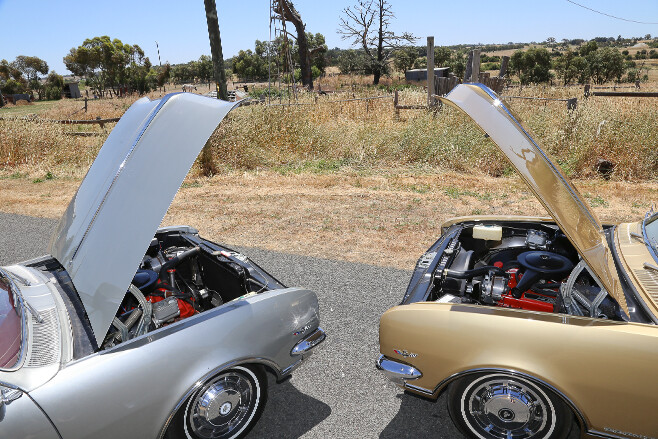 The car was missing a lot of parts: most of the stainless, original rims and caps. All the chrome needed replating, which was done by Cruiser Crash Repairs. Most of the bodywork was done by myself with help from some good mates, while Mick Lowe at Eye Candy Customs painted the car. 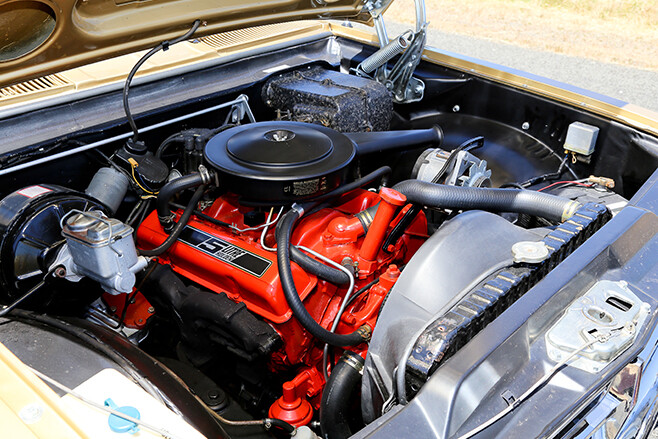 Thanks to Johnny and Adam Corcoran, and everyone that had a part in the build.”