WHERE ARE THEY NOW? BLO BAK 2

With this year’s Valvoline Street Machine of the year award set to kick off, we thought it would be the perfect time to look back on all the previous winners, so let’s get cracking

WITH this year’s Valvoline Street Machine of the year award set to kick off on August 20, we thought it would be the perfect time to look back on all the previous winners, so let’s get cracking!

The inaugural Street Machine of the Year in 1988 was won by Alan Cooper’s BLOBAK 2 - a HQ ute with a blown 350 Chev in the tray and a 253 up front! The original version of the car was BLOBAK, with just the blown SBC out back, using a Cadillac transaxle to translate the power to the rear wheels.

For BLOBAK 2, Alan added a 253 Holden donk up front to keep the nose on the deck and to run the alternator and other accessories and converted the whole lot on LPG. Mated to the 253 was a gutted Trimatic, which supported a steel driveshaft bolted directly to the rear of the 253’s crank.

Behind the transmission was a modified tailshaft that bolted directly to the Chev’s crank snout, making the 253 the starter motor for the Chev.

BLOBAK 2 also got a big visual makeover, ditching the roof spoiler and a repaint in Diamond Metallic and with some subtle graphics. Moon discs were added, along with classic velour interior and then-trendy single-spoke Calais tiller.

BLOBAK 2 was one of the most audacious cars ever built in Australia up to that point, but looking back at the other contenders, it must have been a tight contest.

And where is this wild beast now? In Alice Springs and in fact, the ute was last registered on NT rego. BLOBAK 2 has had three owners since Alan sold the car and at some stage, the chassis and transaxle set up has been separated from the car. The current owner would like to reunite them and restore the HQ to its former glory. 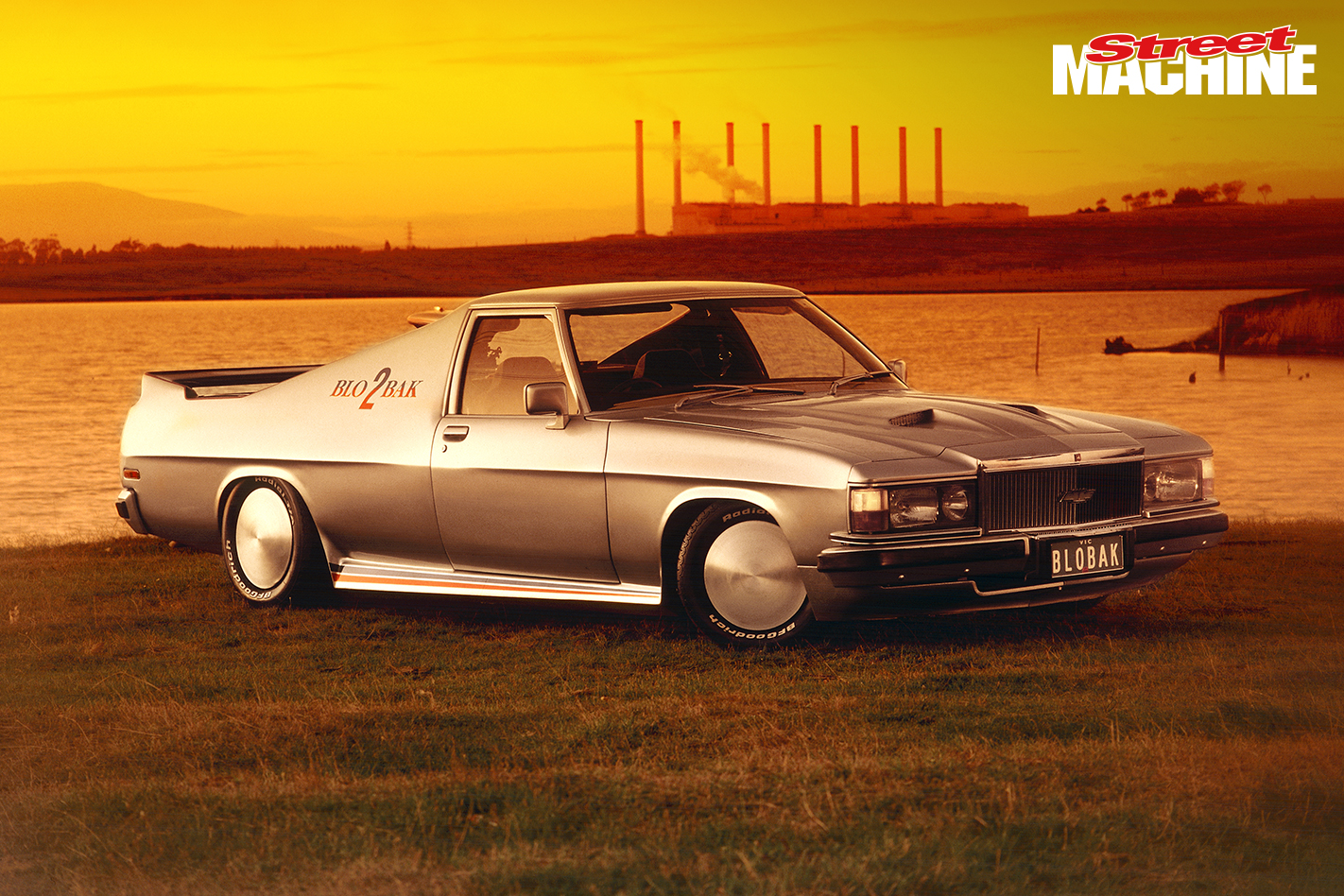 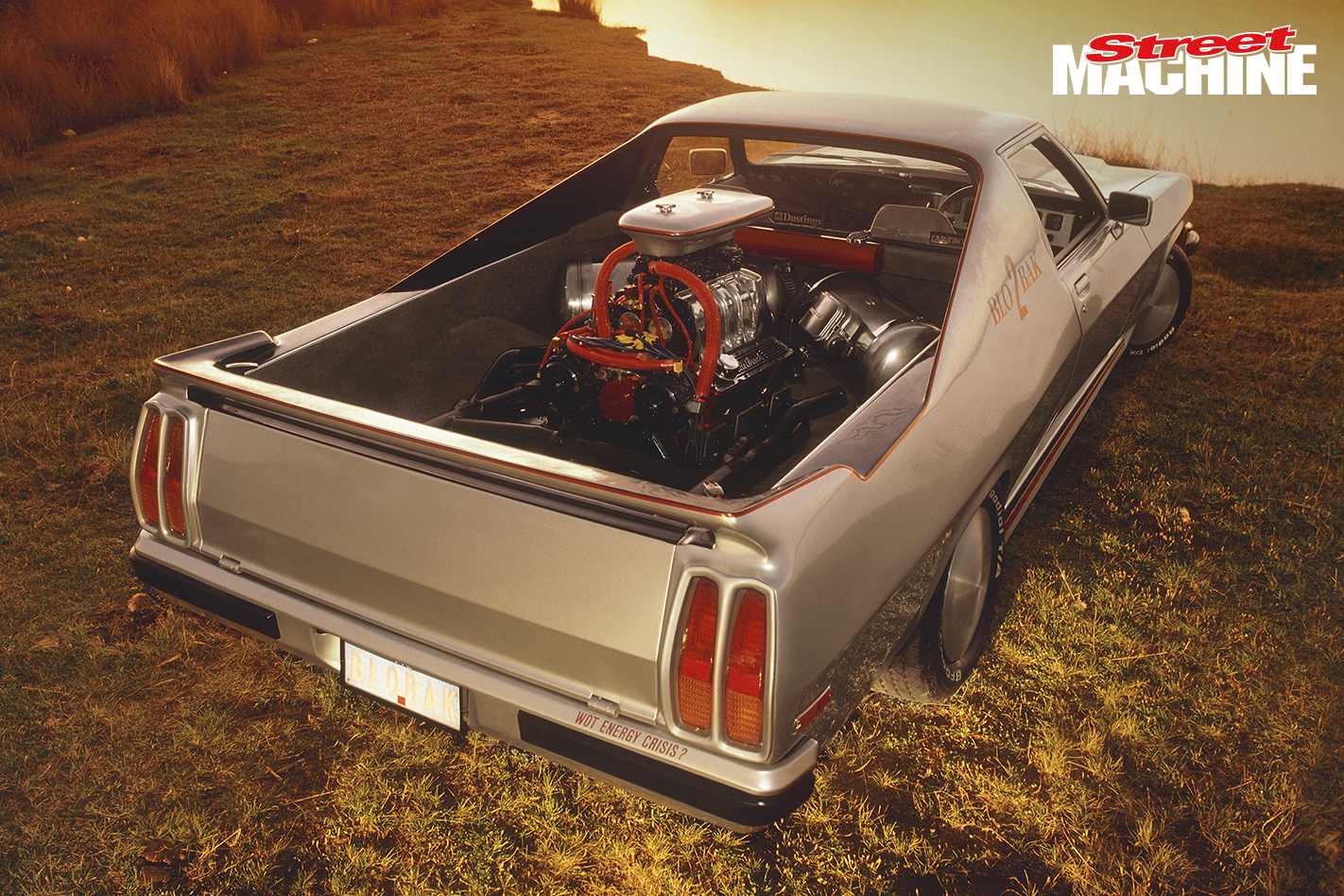 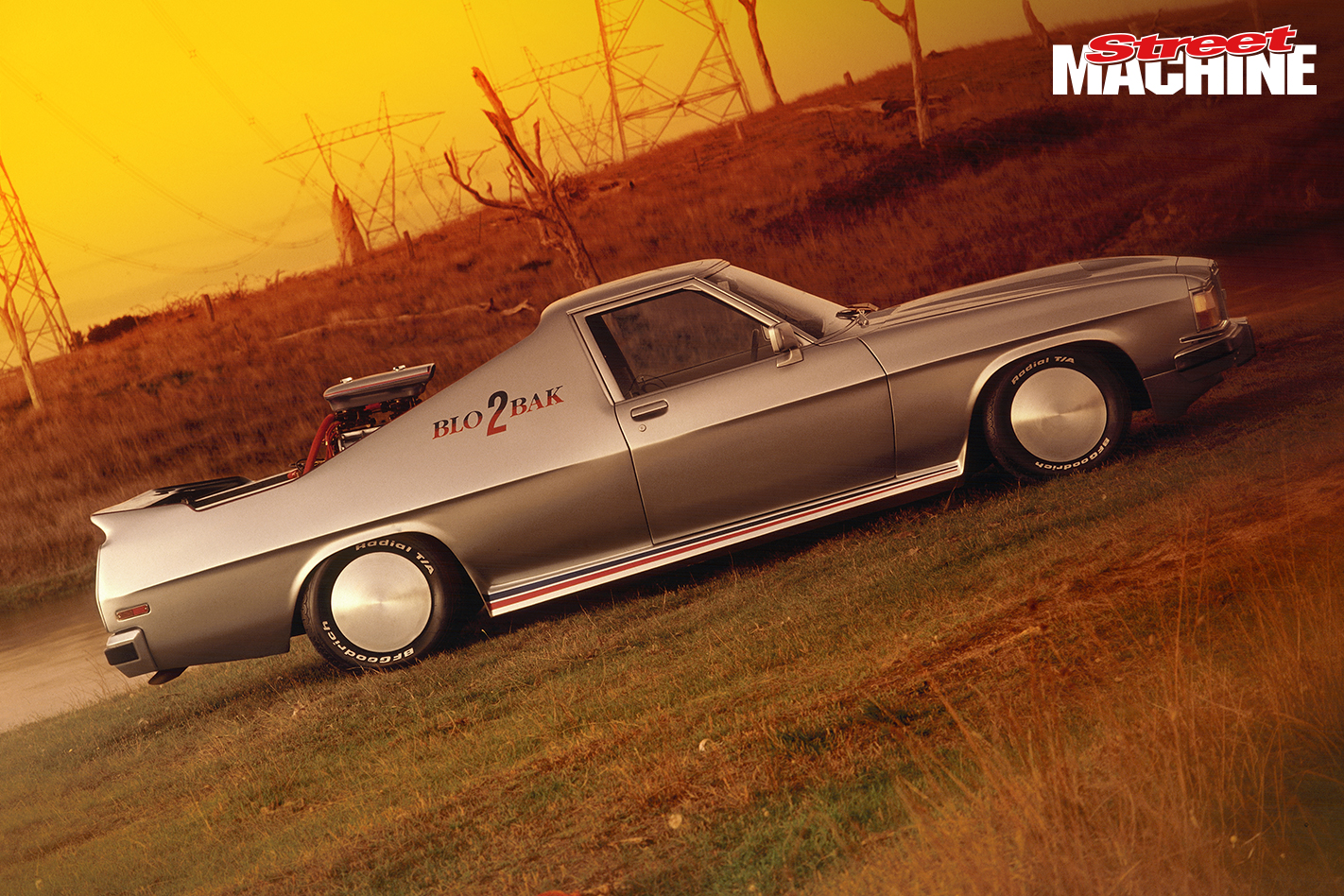 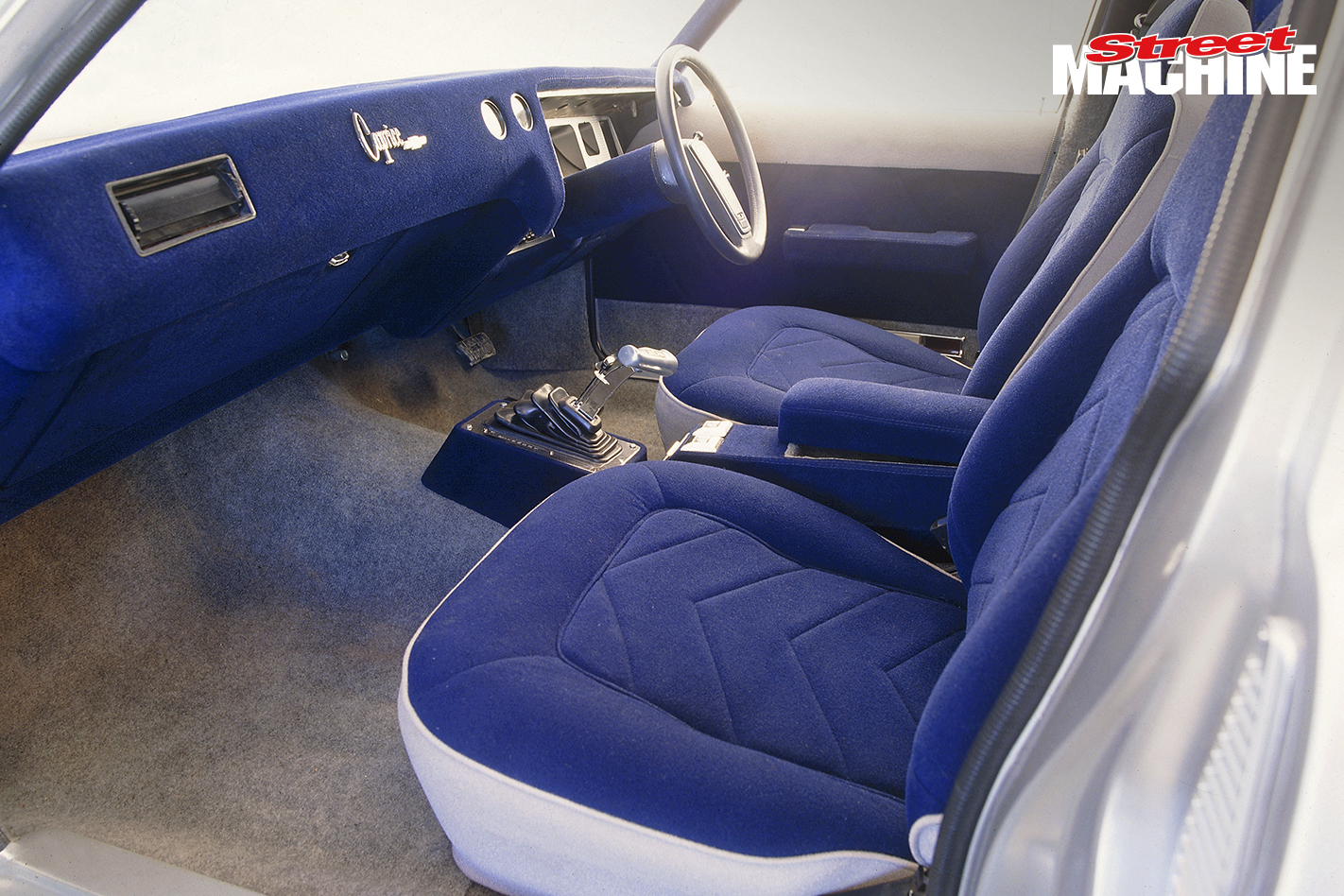 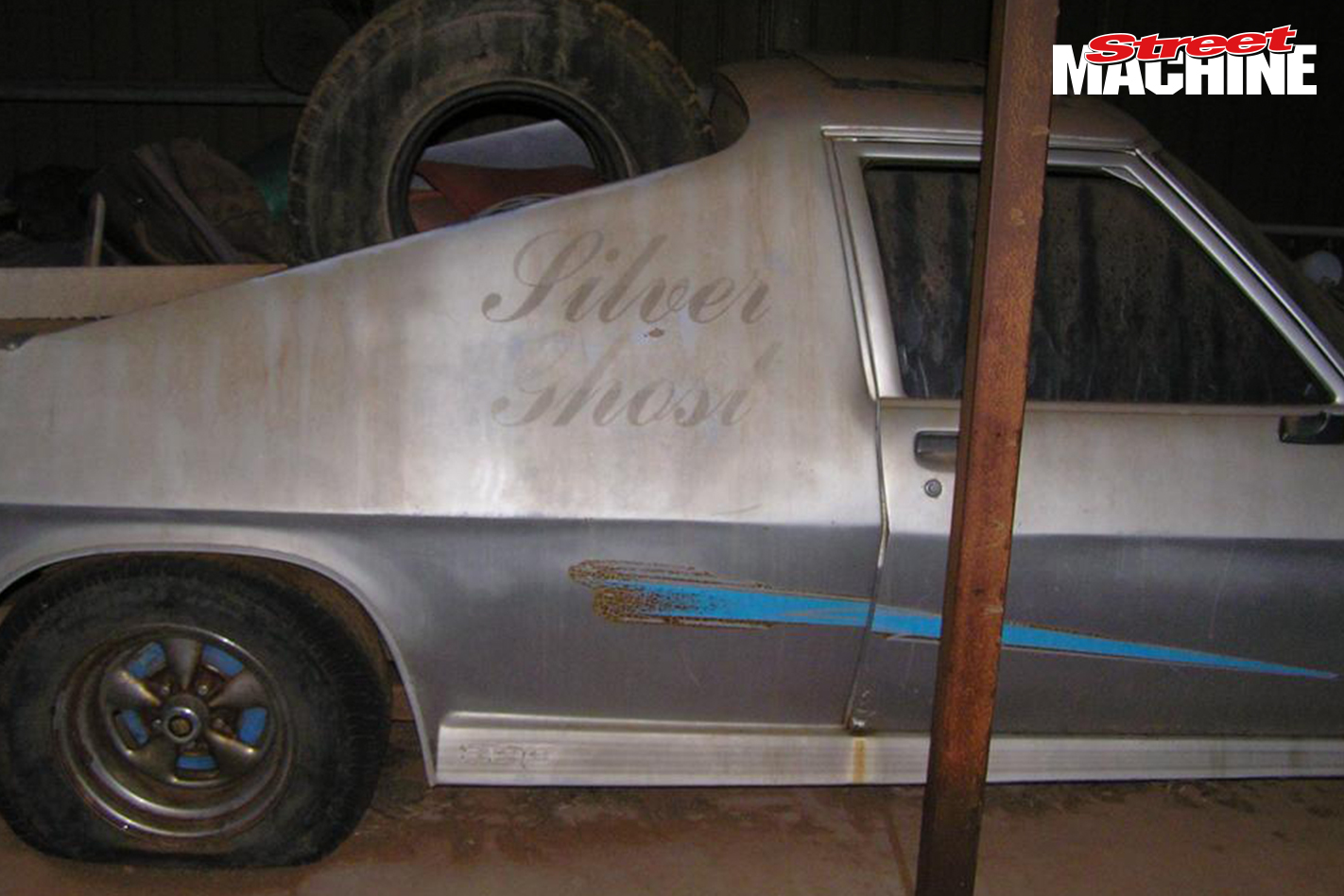 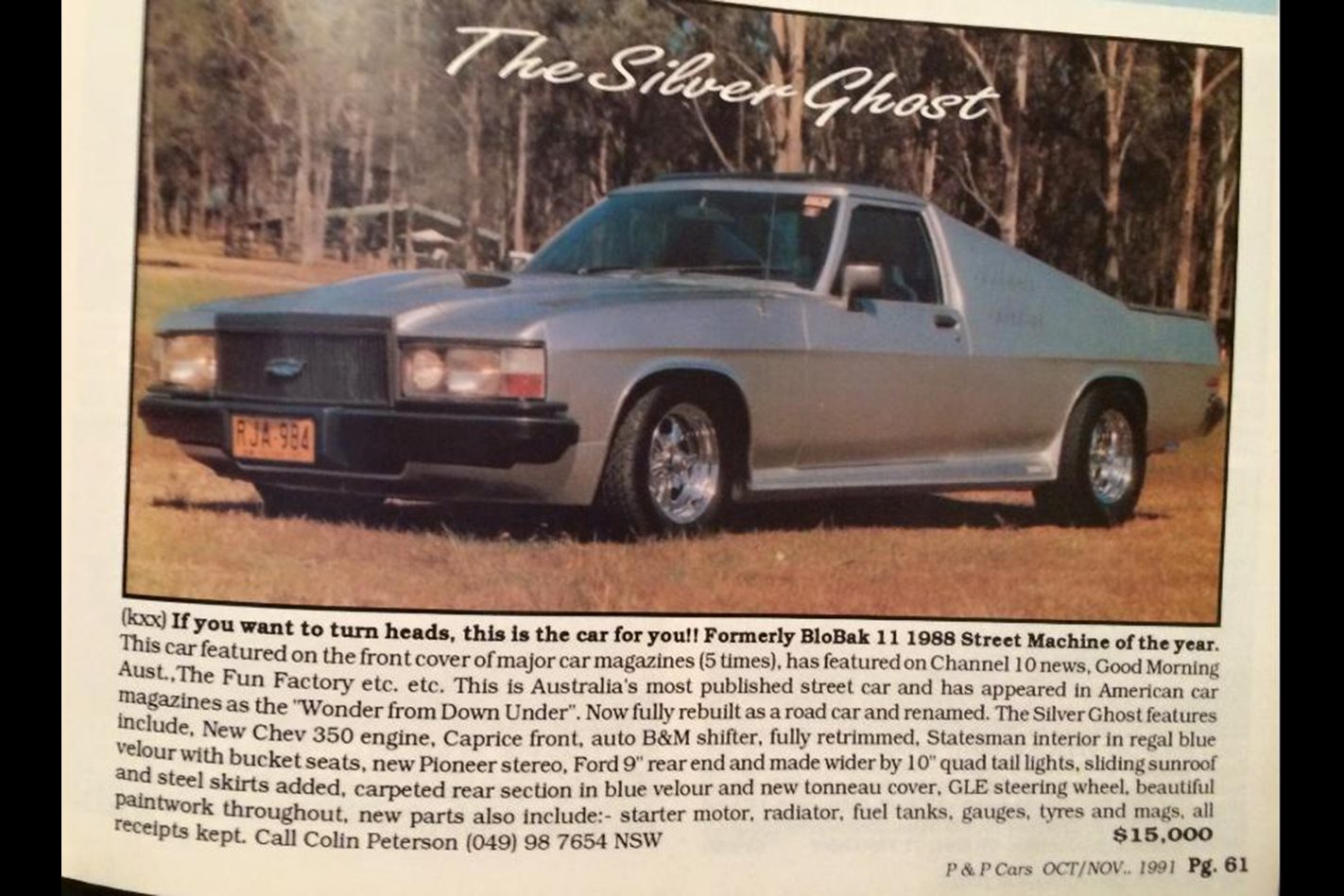