Influenced by the tuff and tidy rides of his mates, Karl Butler made the switch from resto to radical with his 1967 Holden HR station wagon

Influenced by the tuff and tidy rides of his mates, Karl Butler made the switch from resto to radical

KARL Butler was 19 when he started planning to rebuild his HR wagon. His old man had meticulously restored some rare Vauxhalls, so it wasn’t surprising when Karl decided to take the wagon down the same path. However, the impressionable young lad was hanging around with guys who owned serious street cars, such as his good friend Roc Leonello, with a stunning Silver Mink HK Monaro. Karl soon got caught up in the thrill of cruising in outlaw street cars and the resto plans were aborted. 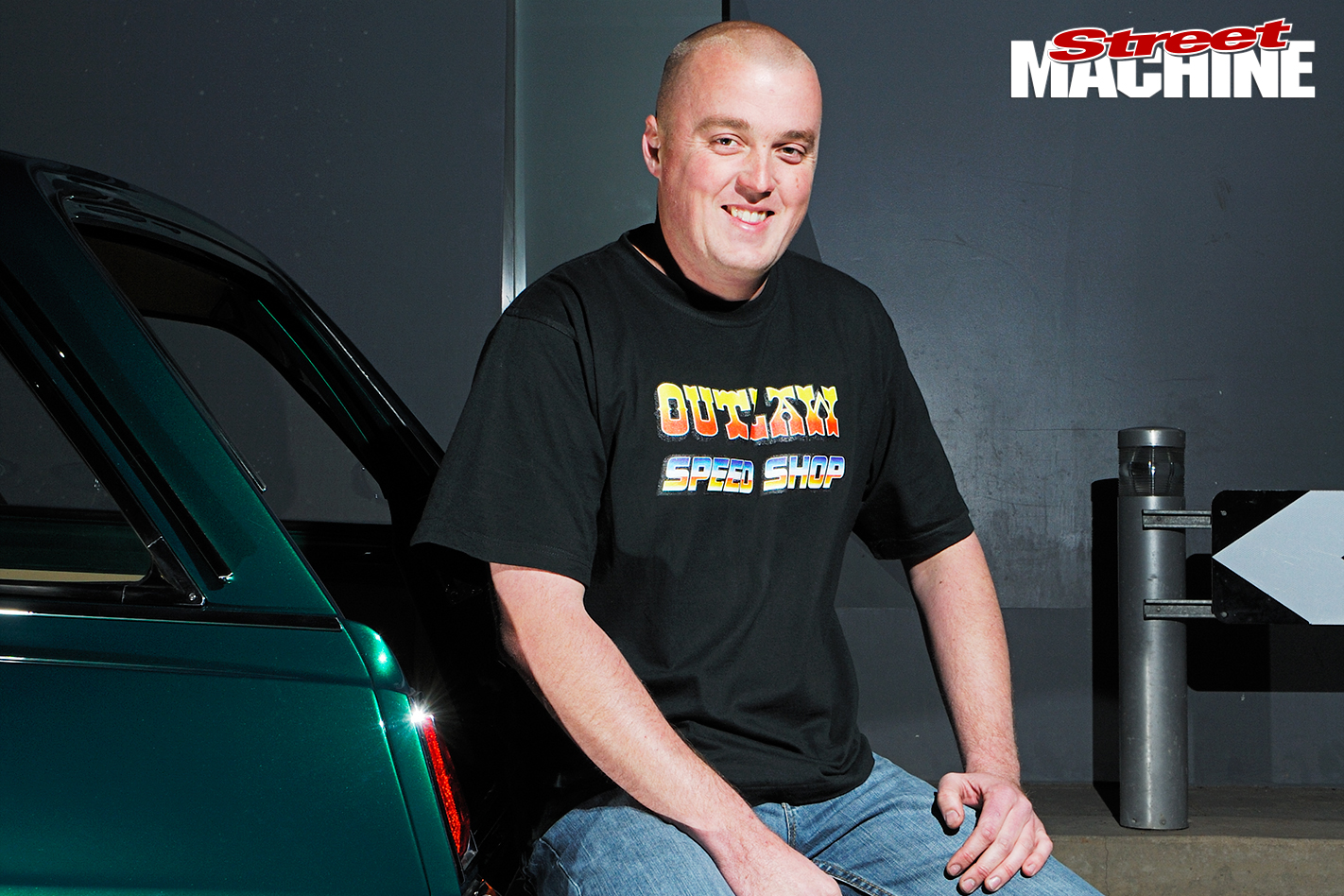 Surrounded by Chev-powered rides, his first change of tack was to investigate fitting a small-block. His mates helped out by pointing him in the direction of Castlemaine Rod Shop.

Contrary to what the tabloids would have you believe, not all young street machiners are idiots and Karl wanted to keep the car legal.

“There’s no use having a great car stuck in the shed because you can’t drive it,” he says.

Wanting the job done right, he delivered the lot to Carmen and Dino at CDS Engineering. They convinced him to add a custom CDS chassis for superior strength and construction. 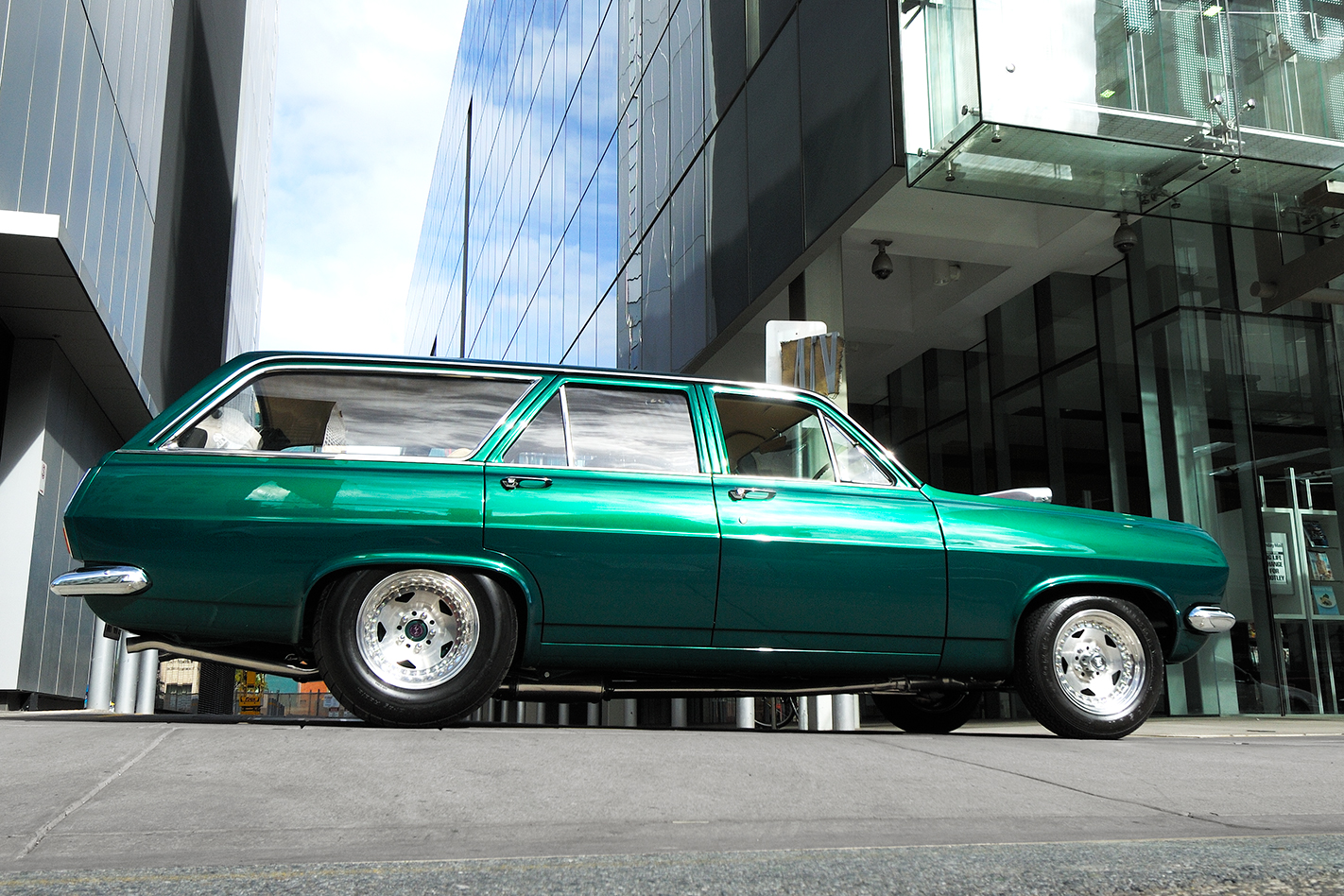 Karl’s wish-list started with a set of mini-tubs. Why? “I love the way mini-tubbed cars sit and look.”

At CDS, they welded plates to the rear of the Y-frames to hang a pair of chassis rails that extend to the rear beaver panel, picking up the rear leaf spring mounts on the way. Next they fabricated and welded in a set of mini-tubs to accommodate 275mm-wide rubber. Rounding out the rear end set-up is a shortened XB drum-braked nine-inch. 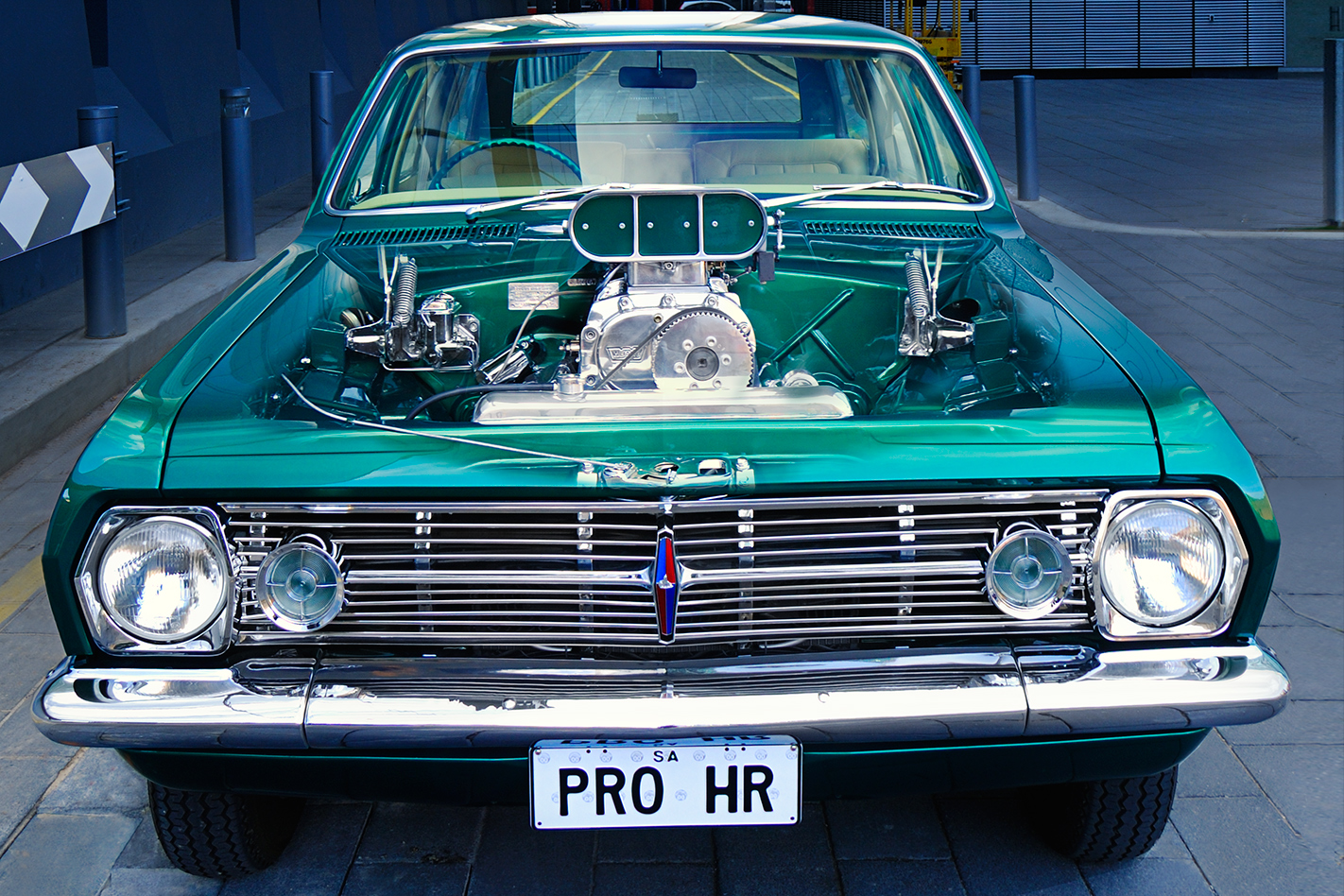 Up front, the V8 conversion used a combination of CRS kit parts and custom components, with a modified crossmember for sump clearance and a dummy motor and gearbox sitting on the kit engine mounts. Other kit parts included wishbone strengthening rods and a Torana rack, while the gearbox crossmember and tailshaft loop were fabricated. Local drag racer Steve Roberts bent up the headers and exhaust.

The brakes weren’t neglected either, with a Castlemaine Rod Shop kit adding WB calipers and vented discs to the game. To tidy things up, Karl mounted the booster under the inner guard. 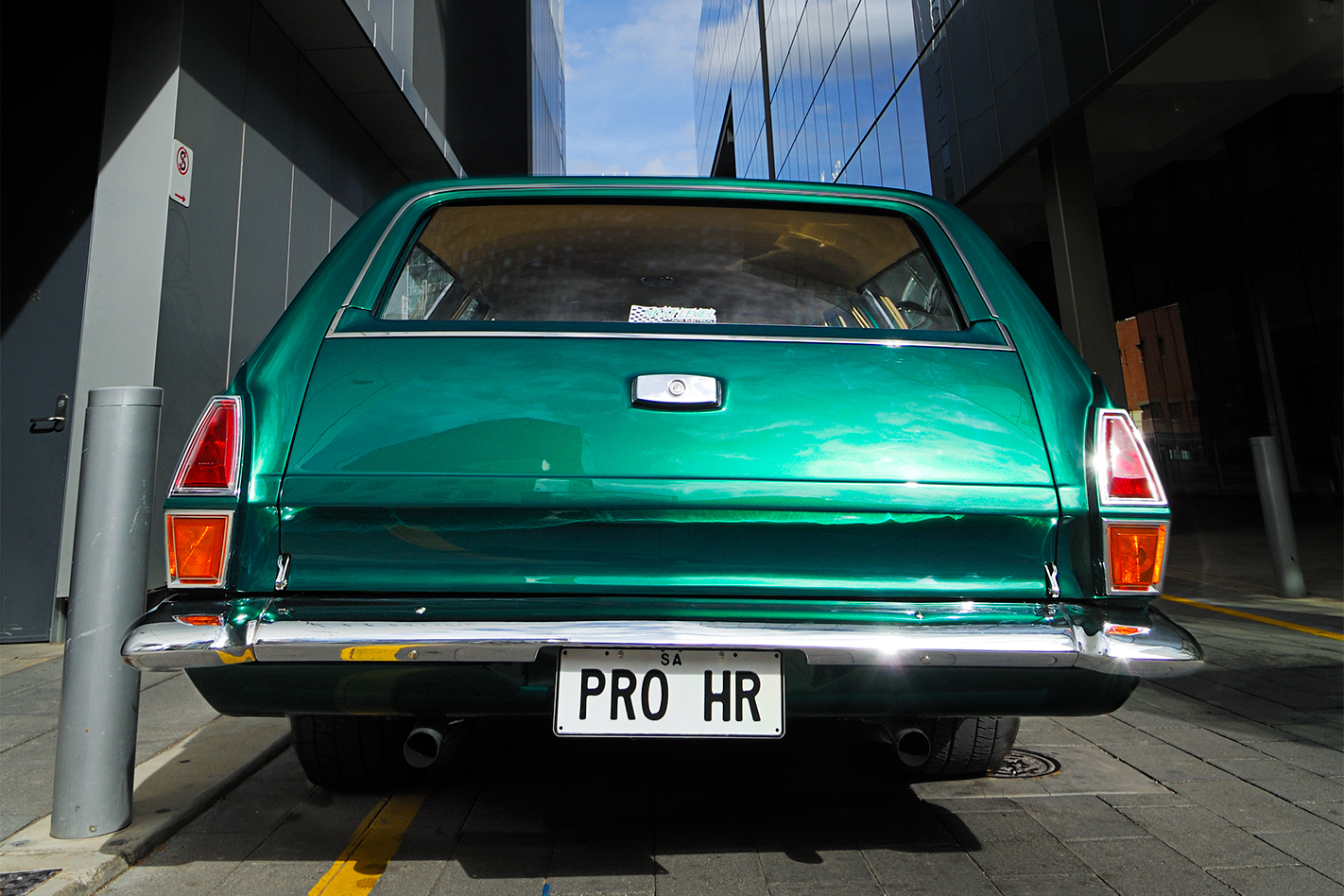 For street legality, his engineer said the first step was a torsion rigidity test to ensure the car could cope with the proposed engine. With all the chassis and brake work, he scored a tick for a 350ci mill.

Meanwhile, Karl’s mate Roc lined up the bodywork team — Pep Falco and Roc’s brother, Mario. They worked after-hours in Karl’s shed and he helped out by tracking down the best panels possible, including NOS rear doors and front doors from a 50,000-mile sedan that a tree had fallen on! Other than shaved badges and filled holes in the engine bay, the body remains true to the GMH design. 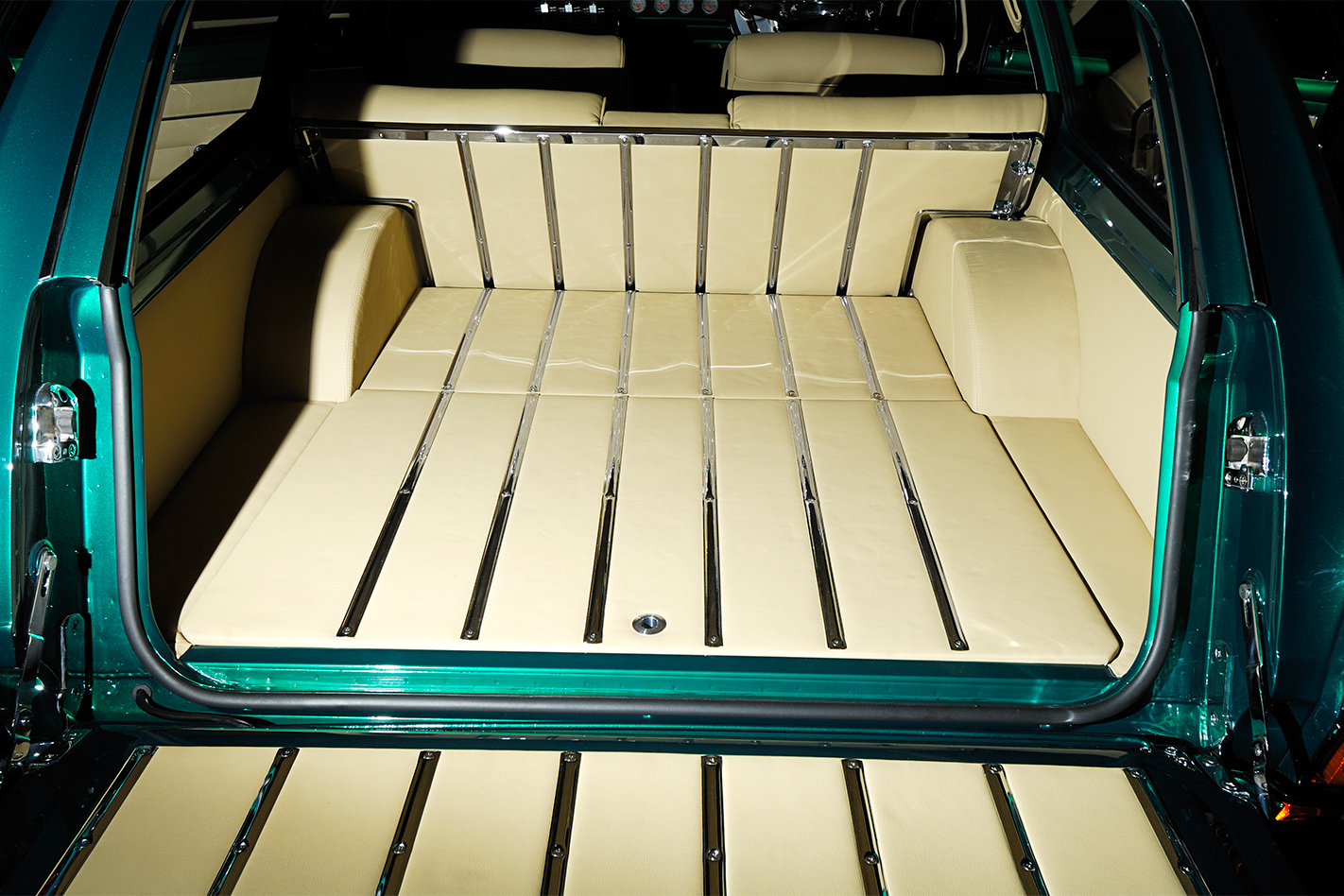 Back in the mid-90s, Joe Esposito hit the scene with his awesome big block-powered LX hatchback Torana. Karl couldn’t forget its brilliant green paint and this being Adelaide, it wasn’t too surprising that Roc knew Joe. What’s more, Joe’s a local representative for PPG and whipped up his green special brew with a custom twist for the HR.

Car and paint then lobbed at All Type Crash where Hayden and Allan Buckham sprayed the belly with Body Shutz before coating it — and the rest of the car — with the gorgeous green hue.

Fresh paint is the time when some builders get over-excited and rush to throw everything back together. Karl resisted that urge and the HR was tucked away while he worked to earn a quid. 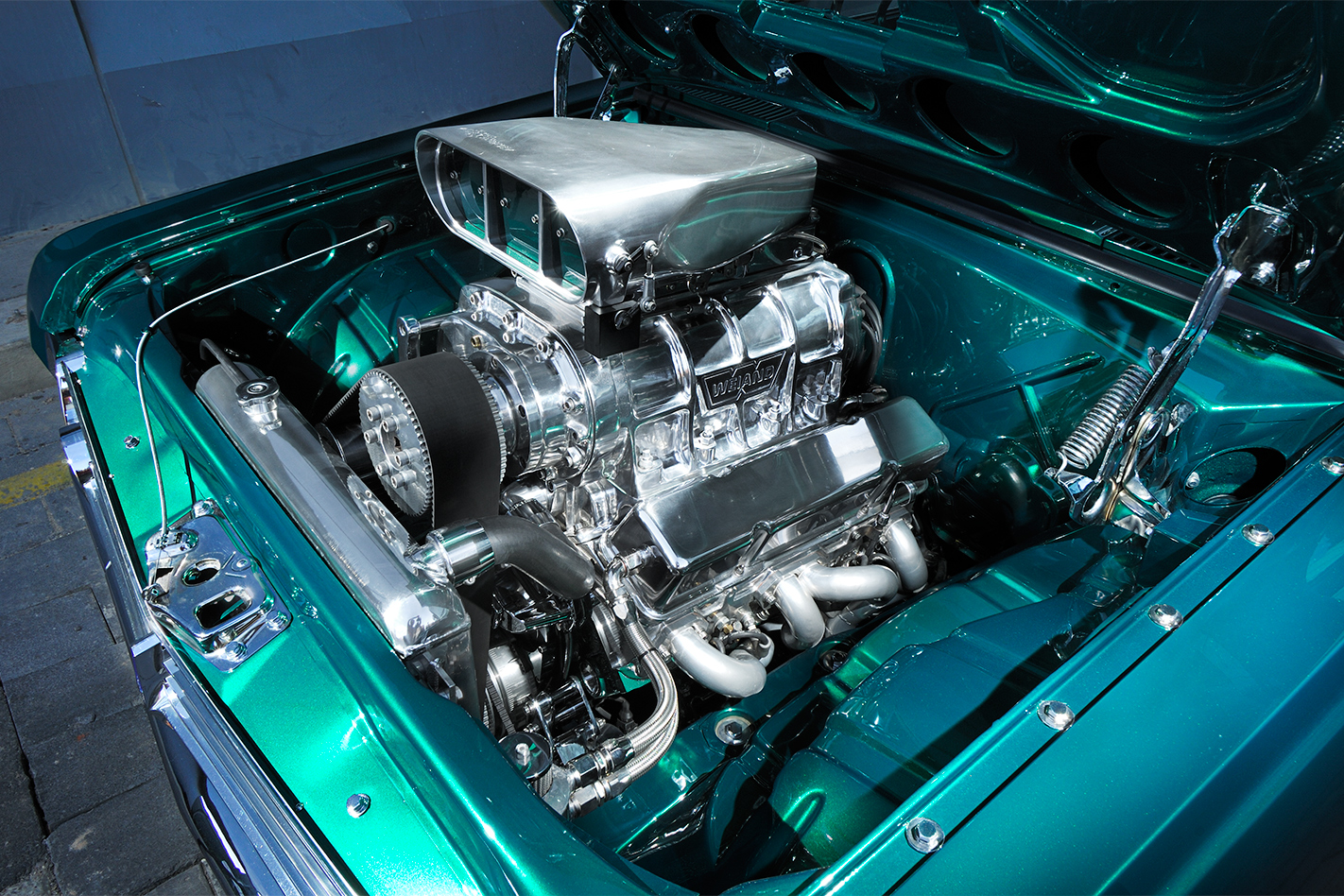 Wallet brimming, the wagon build got back into full swing. When a discussion with Steve Roberts turned to superchargers, Steve loaned him a 6/71 to try and he figured “without it, it would just be an HR with a set of Convos”.

So Mitch at MK Performance Specialties was enlisted to create a tough and reliable engine. With money to spend, it was straight to the top shelf; a new four-bolt Dart block was filled with an Eagle 4340 steel crank, Eagle H-beam rods, SRP blower pistons and Total Seal rings. From the valley, a Crane solid cam with matching lifters connects with Manley pushrods, up to Crane roller rockers and Ferrea valves in a pair of Dart alloy heads. Between those is the Weiand manifold and 6/71 blower. 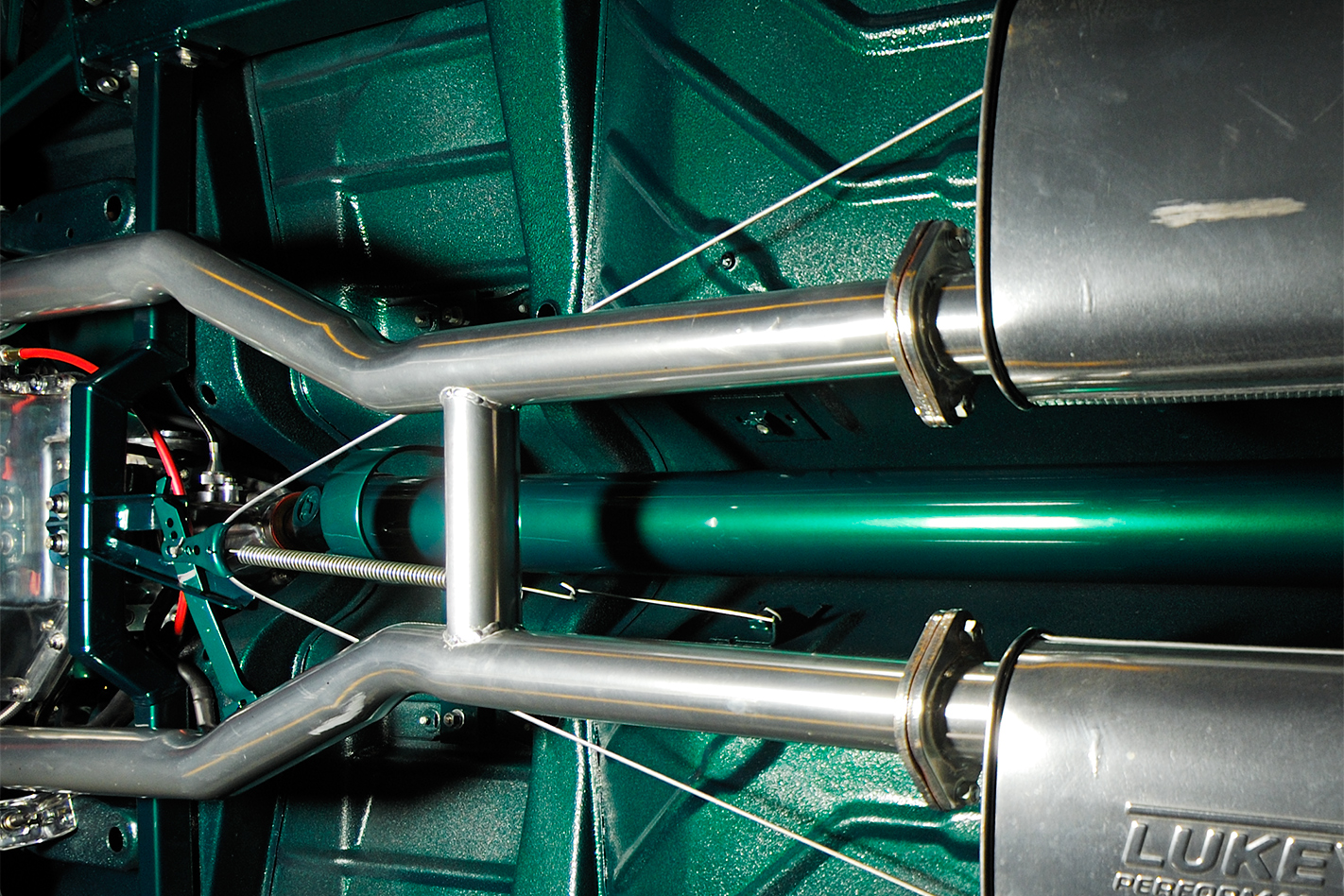 Fuel is sent to the BLP 850 carb by a BG 400 pump, sparks are distributed by an all-MSD igntion set-up and gases are expelled via ceramic-coated extractors and a 2½in twin exhaust system. Dressed up with bucket-loads of polished metal, it has the show to match the go.

In the tunnel there’s a Turbo 350, toughened up by Jason at Transteer with a BTE sprag and drum, manual valvebody, Torrington bearings and a BTE 3800rpm converter. The final driveline member is the CDS nine-inch with a 3.55:1 LSD centre and Moser 31-spline axles. 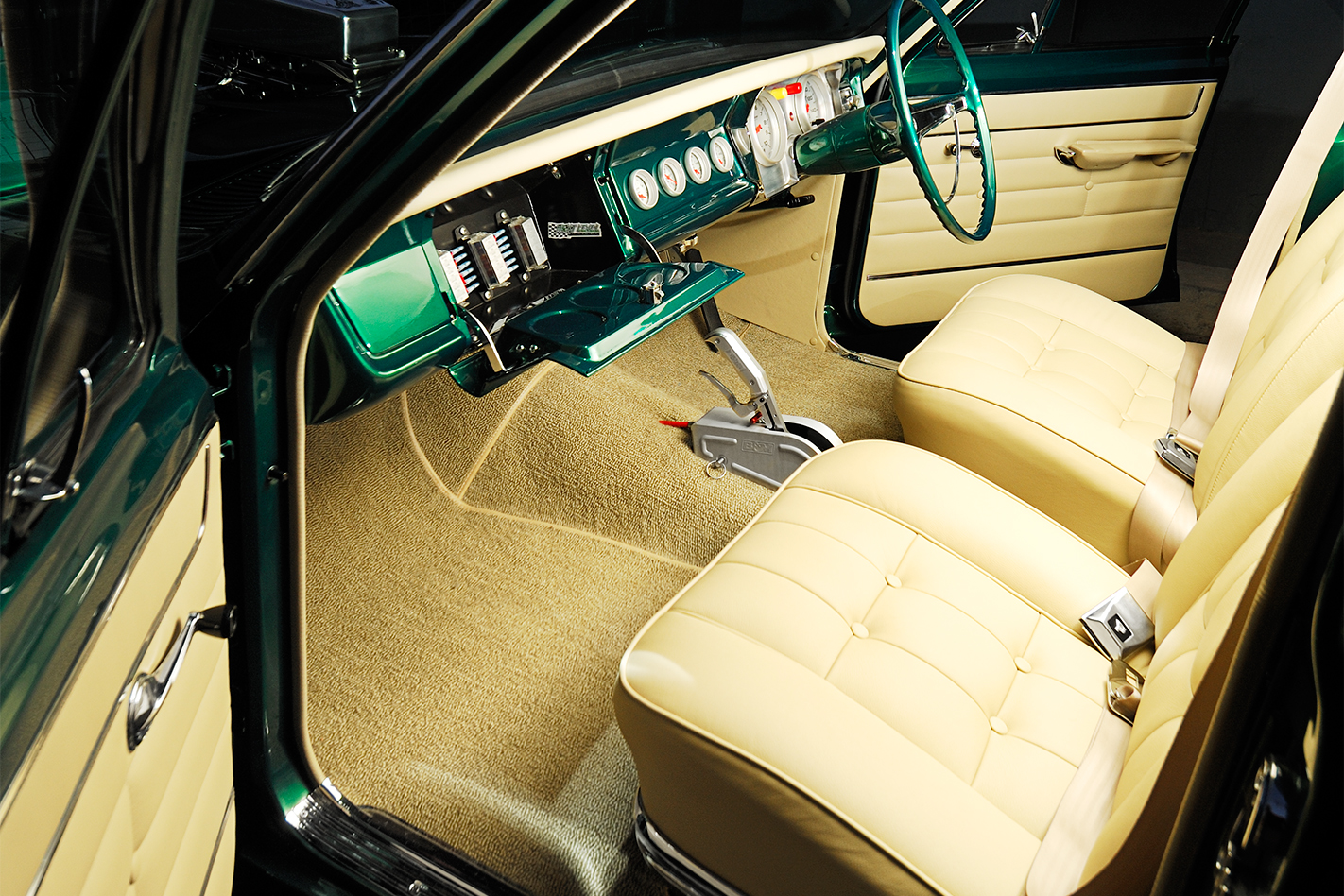 Daniel at Adelaide Trim Worx then tackled the interior. The modern feel was achieved with Tahini vinyl, and the back seat was modified to suit the tubs while retaining the Premier style. Matching beige loop-pile carpet adorns the floor. The dash has been upgraded with a suite of Auto Meter gauges; those and the B&M Magnum Grip Pro Stick shifter are the only deviations from standard. And being an auto electrician, Karl rewired the car himself, upgrading the fuse panel and relocating it to the glovebox.

To complement the green paint, he retained the 60s chrome. Bumpers, grille and body mouldings got their mirror-shine at Precision Electroplaters, while new glass and rubbers keep everything tidy. 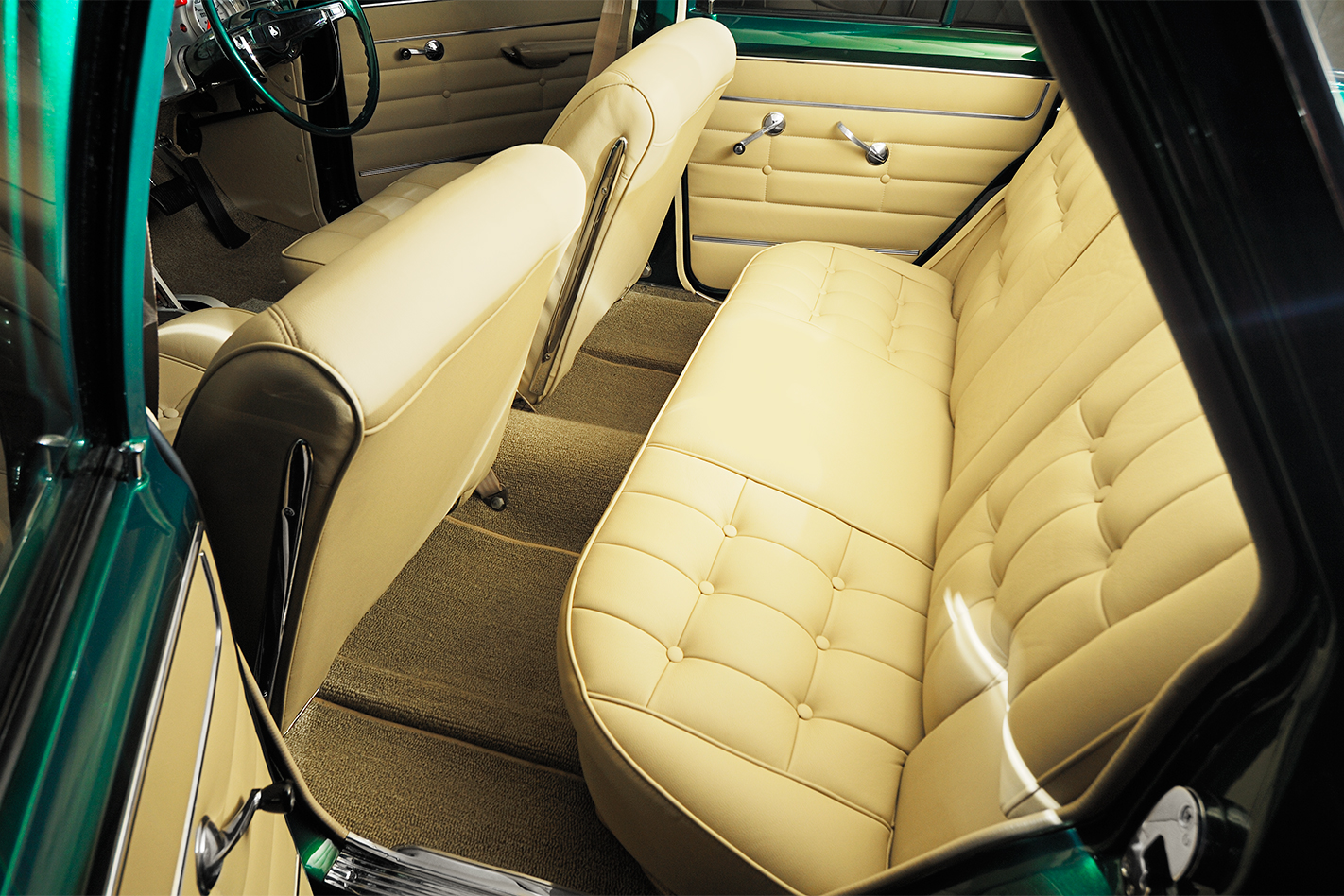 The wagon debuted at the GM Day, where it set tongues wagging — it’s been a while since such an awesome early Holden has emerged from SA. It looks like Karl’s HR is set to become as influential as his mates’ cars were for him. 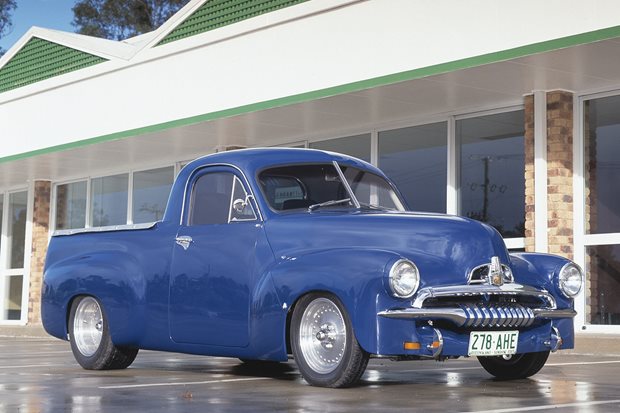