JUSTIN Robinson comes from a family of Torana addicts, so his love for the General’s giant-killer is in the blood. “When I was on my P-plates I had a genuine SL/R 5000, but I’ve owned heaps of them, everything from Sunbirds to an A9X sedan,” he says.

His current ride, a big block-powered LX sedan putting out 730hp at the treads, has run nines, but he’s gunning for the eight-second zone following the recent addition of a 700hp Wilson Pro-Flow nitrous kit. Handily, though Justin is a FIFO worker for Rio Tinto in WA, his homebase in Victoria is just a stone’s throw from Winton Raceway, so he’ll be able to get in plenty of passes. 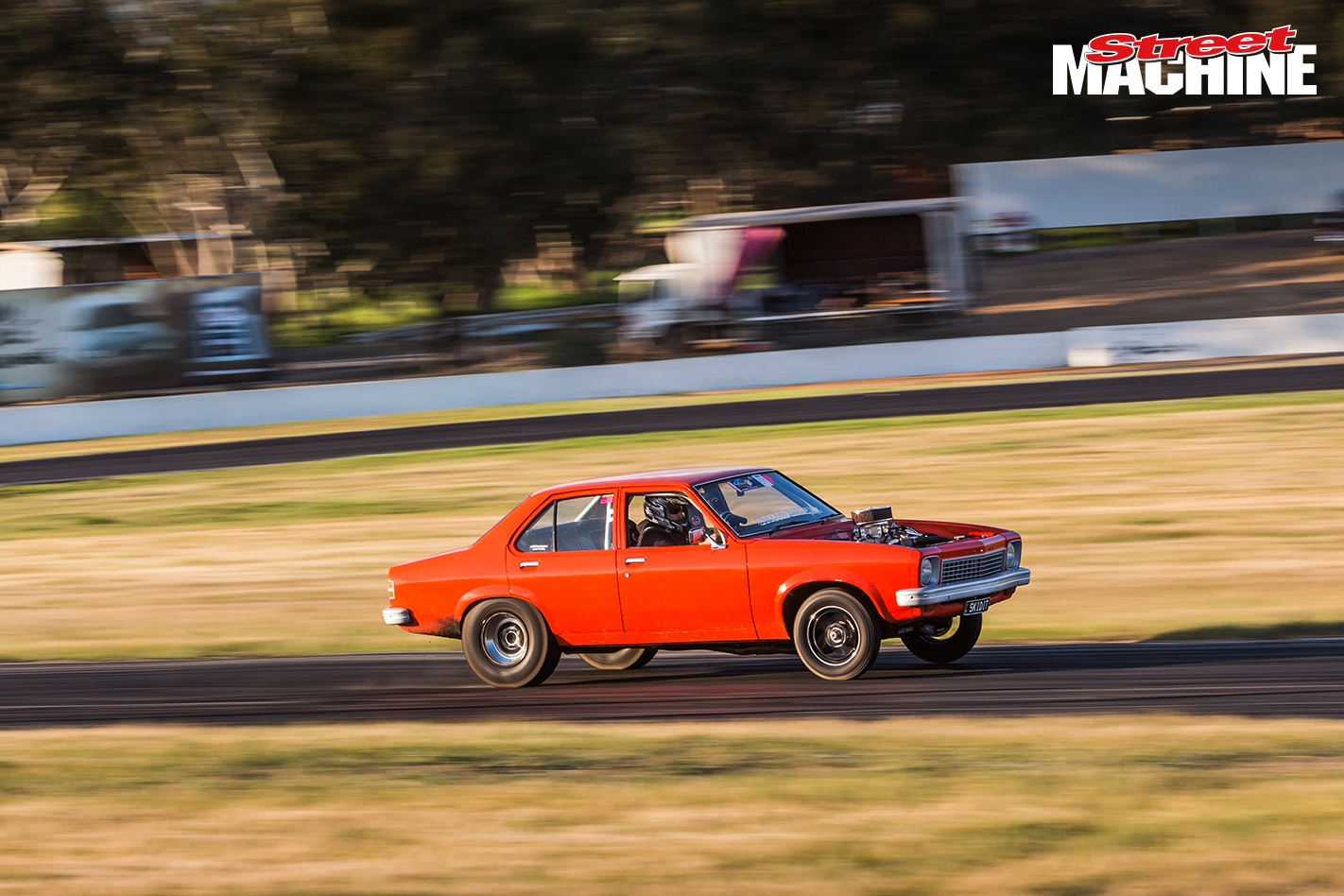 Sweet ride! How did you come by this LX?

I bought it in 2000. It started life as a humble little four-pot Sunbird, but was a really original car with a clean body. I ended up selling it in 2005 but then bought it back in 2007 and have had it ever since. When I got it back the bodywork had all been done and it had a 350 small-block Chev and Powerglide in it. I decided to build it for drag racing and powerskids at local events like PCM, so I pulled out and sold off the motor, had the rollcage built and got a good mate of mine, Dave Simmons, to paint it in a bright orange tinter over a burnt orange basecoat. 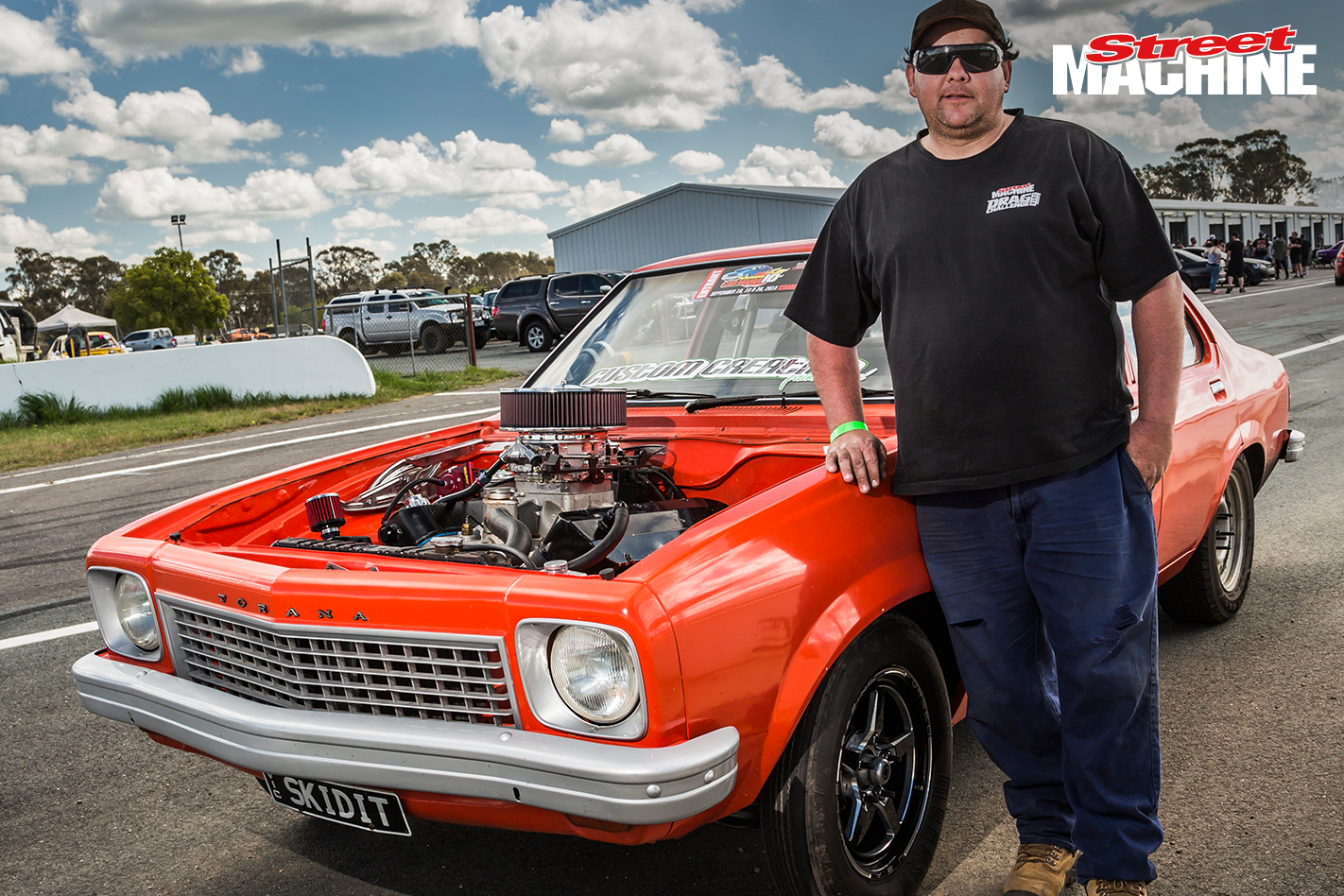 It’s a Reher-Morrison 555ci big-block that my brother had sitting in the shed for the Torana he’s slowly building. The motor used to be in Mick Brody’s tubbed pro street Torana that ran 8.57@156mph. It’s a Dart Big M block with a Callies Stealth crank, Manley H-beam rods, Ross pistons with 14:1 compression and Dart 355 heads. It’s running methanol fed through a Pro Systems SV1 carby on an Edelbrock manifold.

And the rest of the drivetrain?

The ’box is a full-manual Powerglide built by Burko Transmissions in Shepparton with a TCE 5000rpm converter, and the nine-inch rear end has a lightweight Strange alloy full-spool centre with 3.7 gears and 31-spline axles. 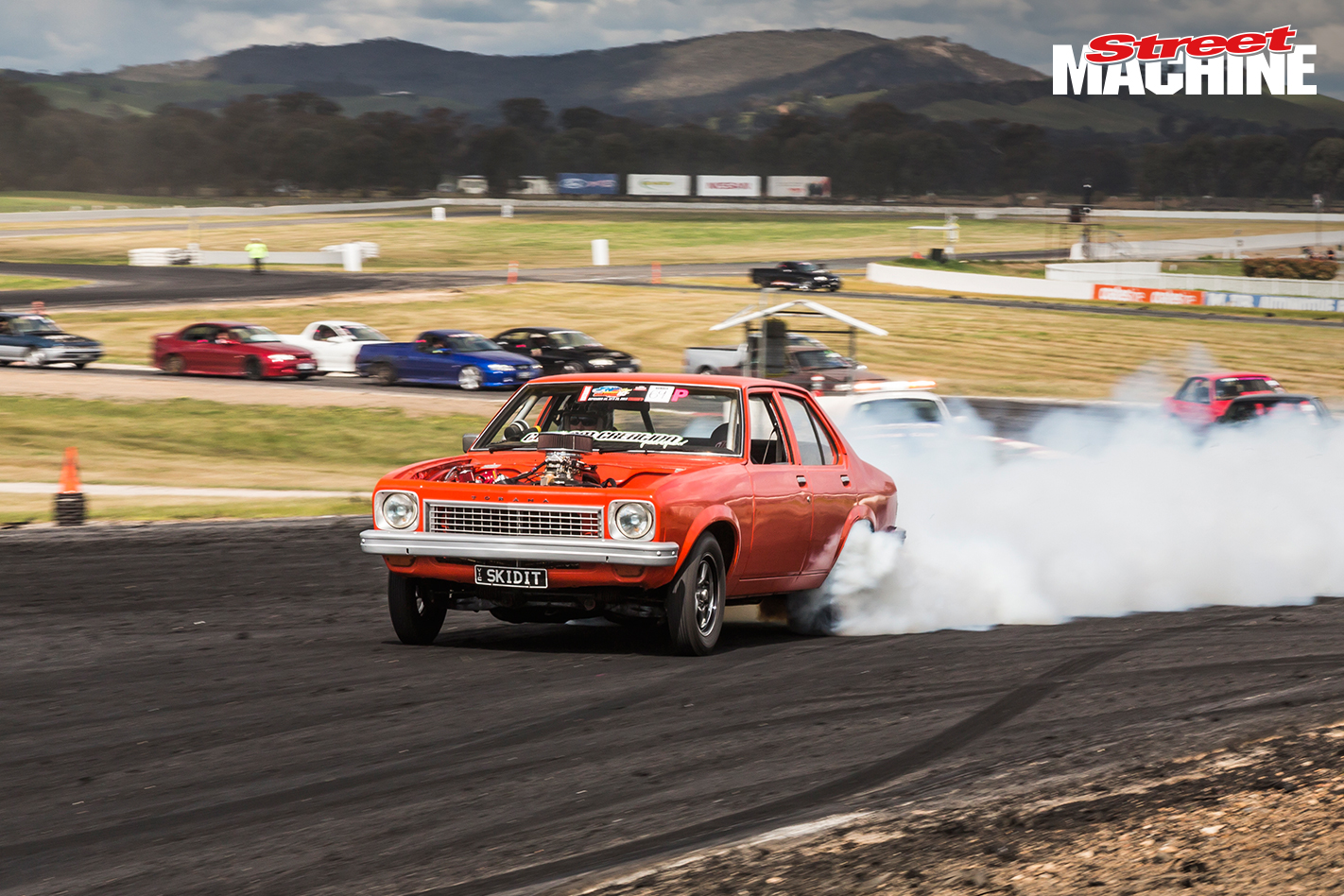 Having owned the car for so many years, you must have had a fair few adventures together.

Yes, actually it was lucky to survive an early test run a few years ago. I’d taken a mate out for a quick spin and had just started to wind up some speed when suddenly we started to veer off the road and through a table drain. My mate screamed out: “What are you doing?” I yelled back: “Trying to put this bloody thing back on!” Seems I’d forgotten to put the nut back on when I aligned the steering wheel back at the workshop and it had come off in my hands. Somehow I got it back on before we hit anything solid and got back up on the road without any damage. 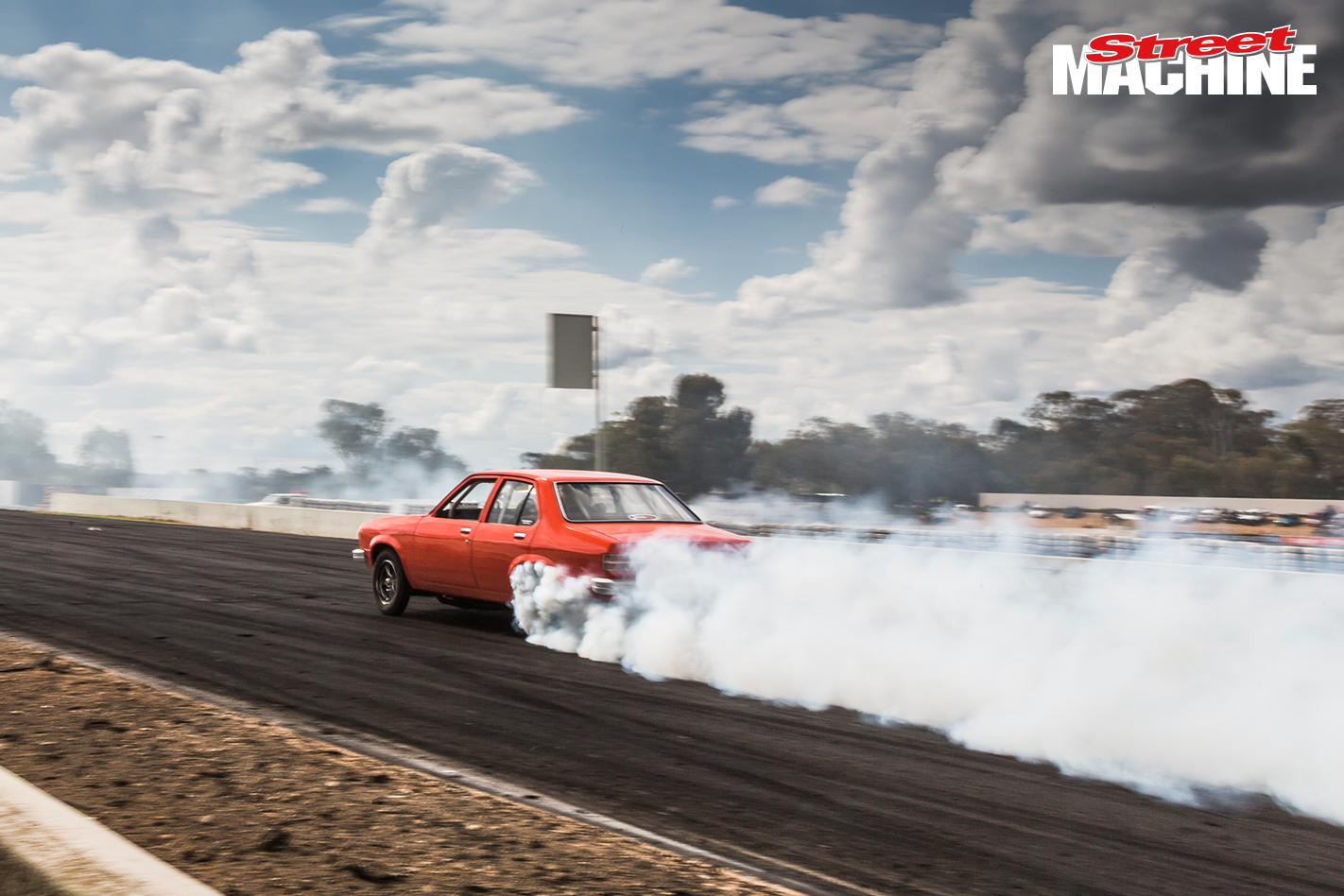 I’m determined to run an eight-second pass in it, so I’ve gone for the bottle to make sure of it. I’m struggling to get it to hook up properly, but hopefully with some new slicks it’ll get into the eights without the bottle. If not I’ll gas it into the eights, then probably transfer it over to another Torana I have that’s already tubbed, with big slicks, a sheet-metal diff and coil-overs. It’s a bit lighter too, as it’s got fibreglass guards, bonnet and nosecone, so hopefully it will be even quicker again.