In part two of our 50 years of Holden Monaro feature we go back to the '70s era, starting with the mighty HQ through to the HZ

WORK on the HQ sedan, wagon and Statesman began in April 1968, with commercial and Monaro variants following soon after. The famous Leo Pruneau replaced project lead John Schinella in June 1969, while under them, Assistant Chief Designer Phil Zmood was replaced by Peter Nankervis after Zmood left to lead the LH Torana project. Peter Arcadipane, who went on to design Ford’s beloved Concorde show van, was also among the HQ styling team. With so much talent, is it any wonder the HQ was a success? 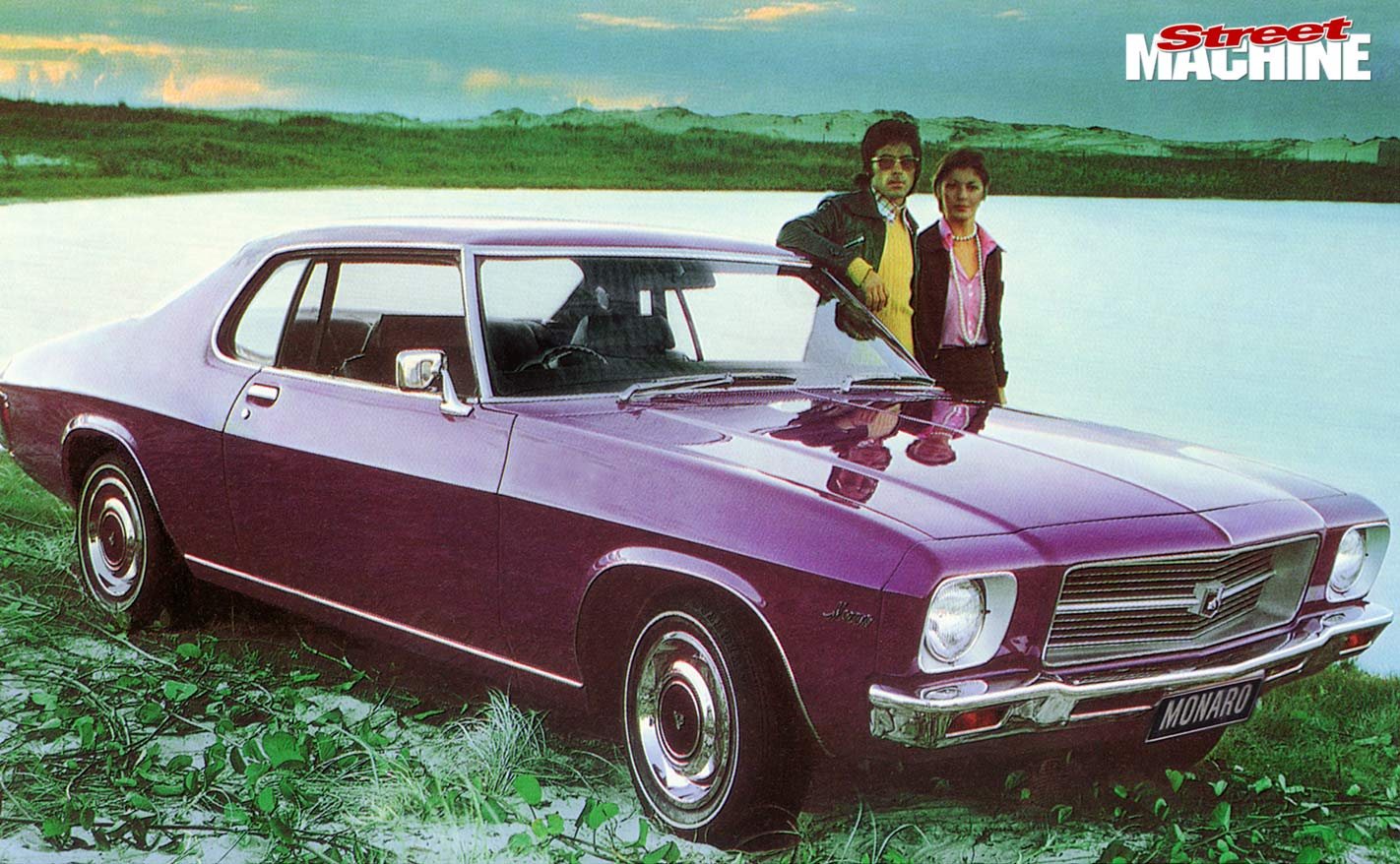 While base-model HK-HG Monaros still pop up, when was the last time you saw a poverty pack HQ Monaro?

Pruneau worked on the nose cone, settling on three variants; a simple design for the Belmont/Kingswood/ Monaro, quad-headlights for the Premier/Monaro LS, and a Pontiac-style split grille for the Statesman. With the Monaro’s front styling inextricably linked with that of the sedan, the team spent a great deal of time working the unique rear end.

Zmood had pushed for a ‘fast’ daylight opening, but Joe Schemansky felt compelled to go with Detroit’s preference for a ‘formal’ roofline. Zmood’s giant, wraparound rear window, later seen on the 1975 Firebird/ Camaro twins, would make production, albeit with the size dramatically reduced.

Did you know: the HQ was originally to be replaced by the even-smoother HV after 18 months. But Holden management got cold feet and the HQ lived on to sell over 485,000 units

The HQ’s basic design was finalised mid 1969, on track for release in July 1971. The base Monaro remained a Kingswood in all but name, with the standard engine growing to a 173ci six, still backed by a three-speed manual. The Premier-spec Monaro LS added some sophistication to the range, with the base offering a 202ci six, with options for the 253 or 308, plus 216 examples receiving the Chevy 350.

The Monaro GTS returned with no six-cylinder and three V8s on offer; the 253 and 308, with the 350 backed by a heavy-duty Muncie four-speed or Turbo 400 auto. John Schinella’s Pontiac influence permeated throughout the GTS, with Pontiac Rally II-style wheels, a 1970 Firebird steering wheel and turned metal finish on the dashboard. 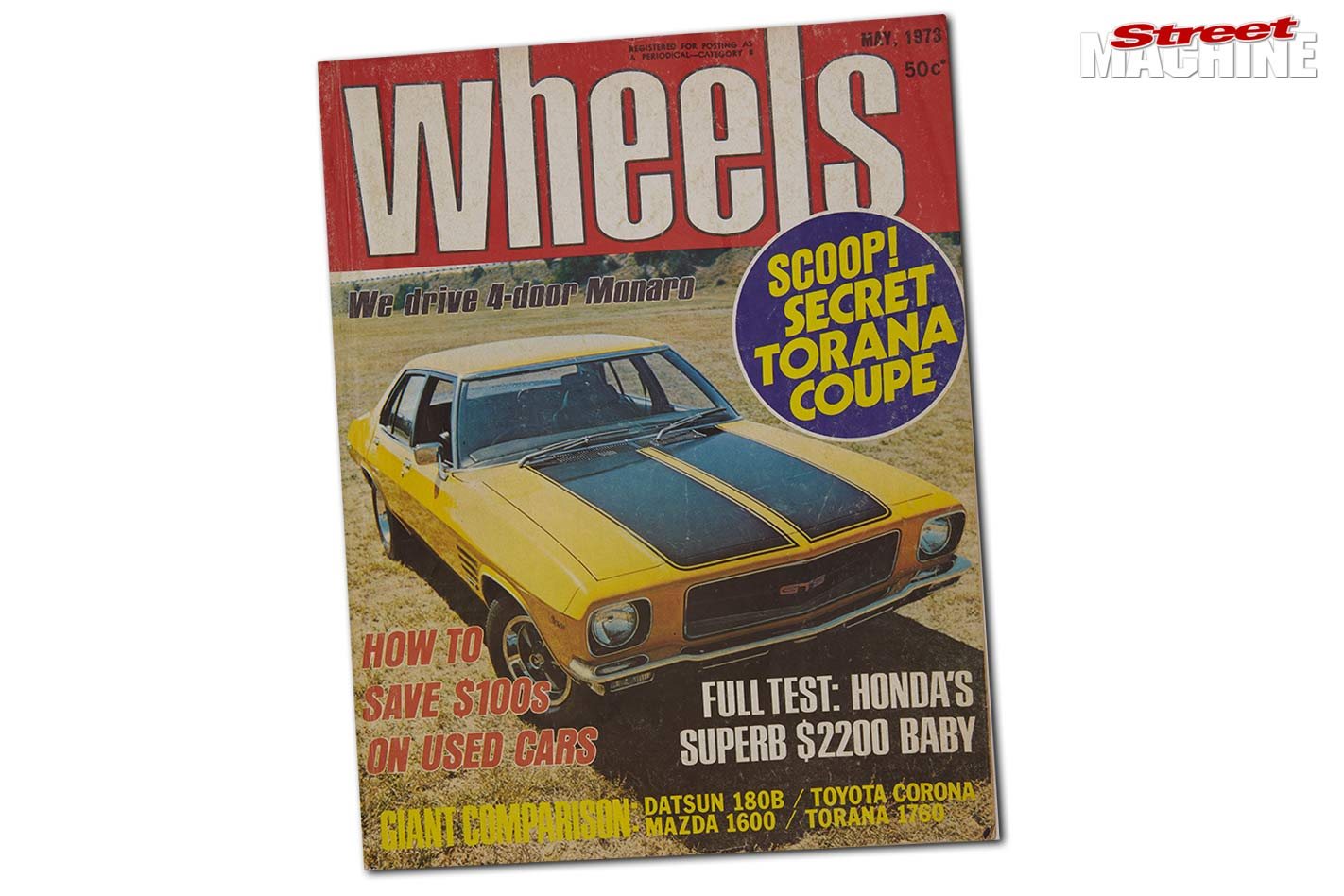 After the success of the 253-only SS sedan, Holden jumped into the sporty four-door market with the Monaro GTS sedan

Following the success of the Holden SS – a limited edition, Belmont-based 253 V8 sedan available in three lairy colours and a funky stripe kit – Holden expanded the Monaro range to include a four-door version for the first time. Available from March 1973, the Monaro GTS sedan reflected the coupe range in terms of engine options and specifications, and heralded the return of stripes to the entire Monaro GTS range. 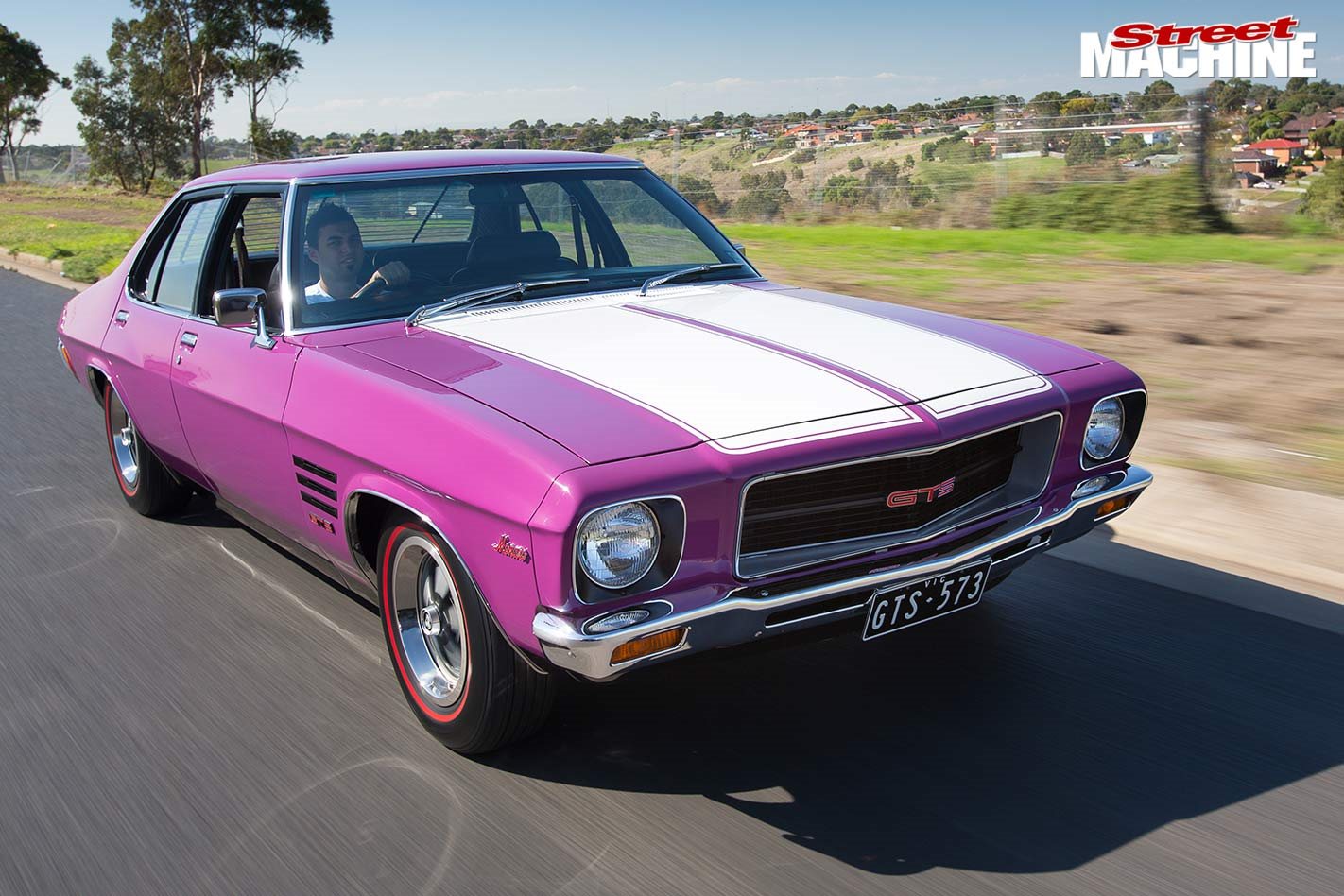 Upgrades throughout the life of the HQ catered to various ADR rules that came in during the early 1970s, including the introduction of metric speedos and amber front turn signals. The HQ remained on the market for an unprecedented length of time, partly due to the surprise success of the shape, but also because the cancelled HV Holden project had tied up valuable resources at the Tech Centre. 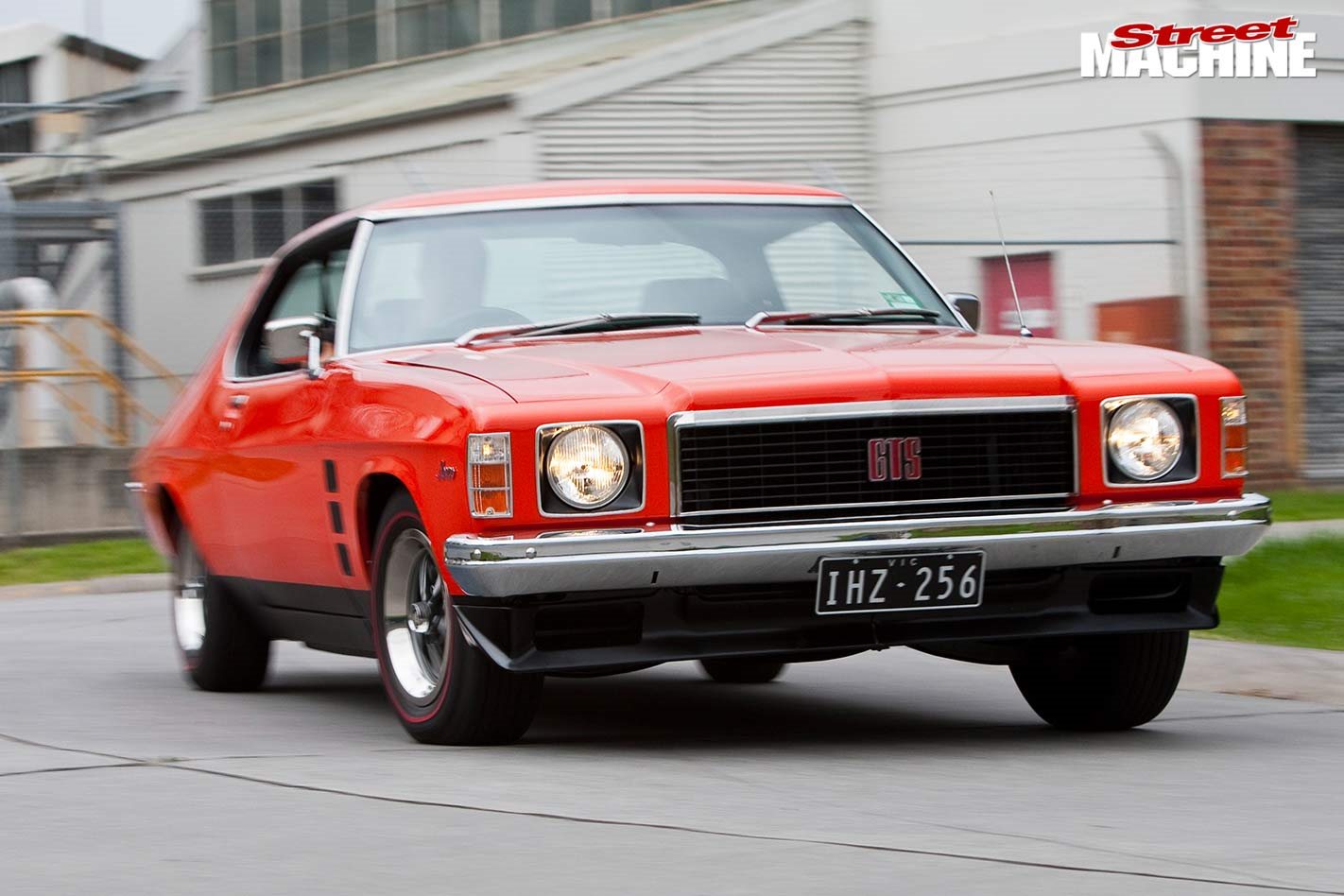 THE HJ model introduced revised front sheet-metal, including vertical front indicators and a larger, rectangular grille at the insistence of former Holden boss Max Wilson, who was then director of the Asia-Pacific region. The new shape was intended to square off the rounded edges of the HQ, which were a cause for concern prior to release.

Due to money and time constraints caused by the unfinished HV update, there was little left in the budget, meaning the Monaro coupe did not receive the revised tail treatment applied to the sedan.

The base Monaro was dropped altogether, leaving the Monaro LS as the sole six-cylinder offering; with the 202 becoming the 3.3 in light of the national switch to metric measurements. The 253 and 308 V8s were rebranded as 4.2 and 5.0, respectively, and remained an option for the LS. Still reflecting the Premier specifications, the LSretained the four-headlight front and, like the Premier sedan, received side mouldings to help hide the swage line that was rapidly dating against slab-sided, low-waisted European rivals. Inside, the dashboard featured woodgrain and a strip speedo for the first time since the HK Monaro.

The Monaro GTS returned as both a coupe and sedan, with only the 4.2- and 5.0-litre V8s available, tuned to meet incoming ADR27 emissions requirements. The Chev-sourced 350 V8 was dropped as performance gains were largely academic while fuel economy was much worse.

The styling team played with stripes and blackouts, offering revised fender vents, a chin spoiler, rear ducktail spoiler and the option of Pontiac-style, polycast wheels. There were only minor changes to the interior, including new instruments and integrated headrests.

Much to Leo Pruneau’s chagrin (Leo’s preference was to keep the Monaro name exclusive to the coupe), the Monaro GTS sedan became a runaway success. The Aussie market’s penchant for sports sedans set by the Falcon GT during the XR-XY era had not waned, and coupe sales slowed to a trickle. Young blokes had shifted to buying panel vans, which Holden had covered with the Monaro-inspired Sandman. So as the HX update loomed, what to do with 627 leftover coupe shells? 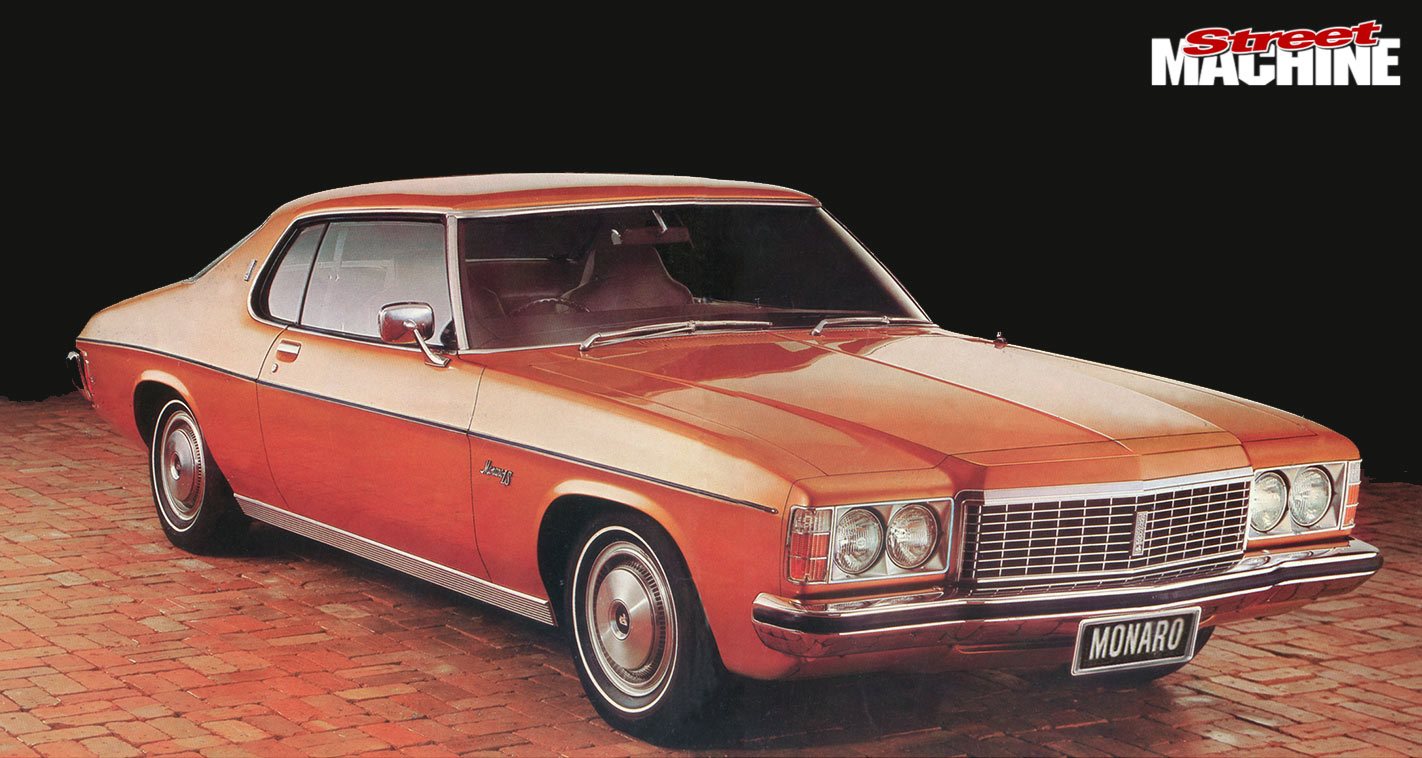 Sales Director John Bagshaw had suggested they resurrect the ‘White Hot’ special from the HT series. The stripped-out sedan came with GTS wheel covers, a 253ci V8, threespeed manual, front discs, and a heater! Pruneau was adamant the Monaro coupes weren’t going to be sold off as budget specials and had an idea on how to get those final shells moved. Grabbing an HJ Monaro GTS off the production line, his team set about raiding the parts bin for luxury bits. 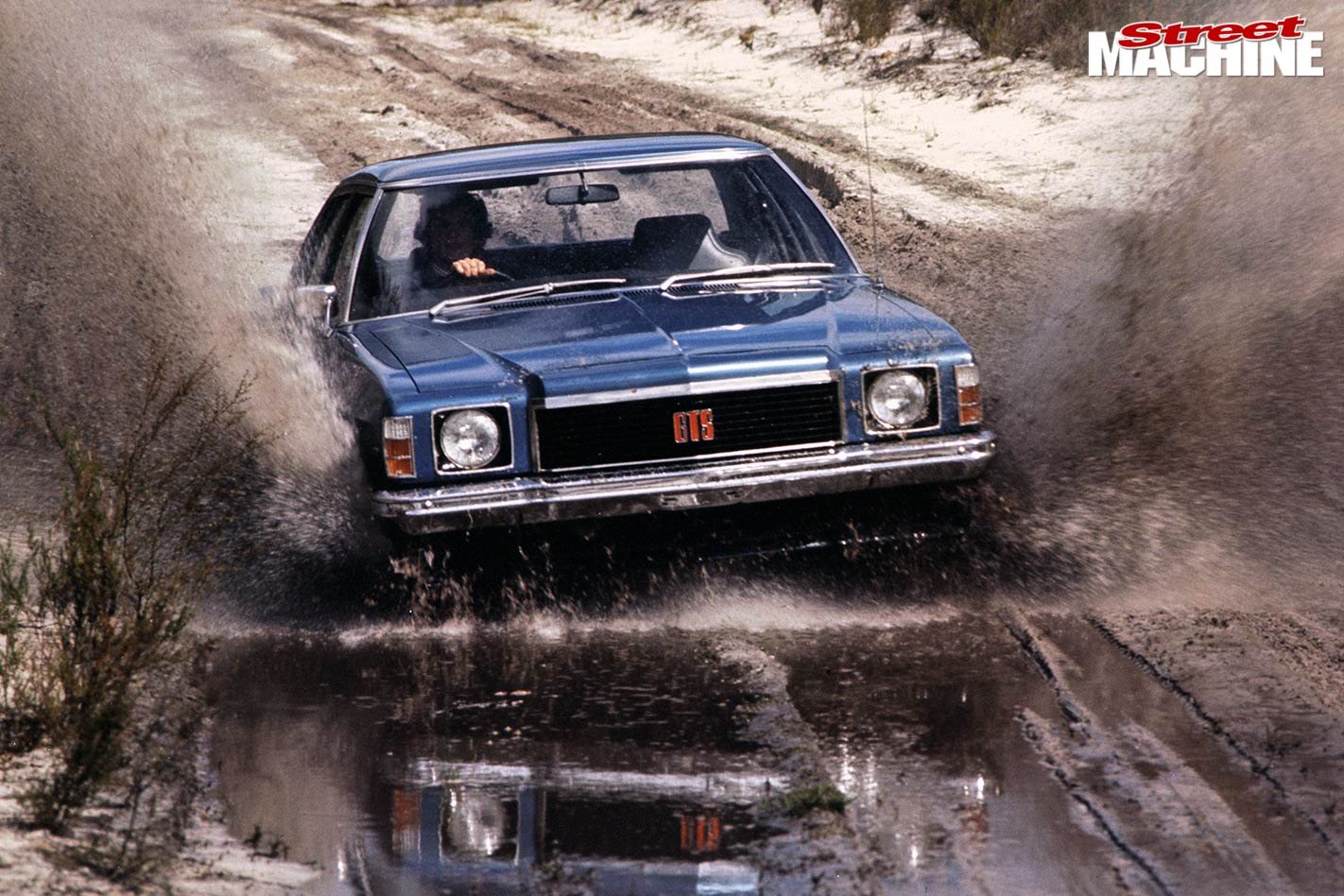 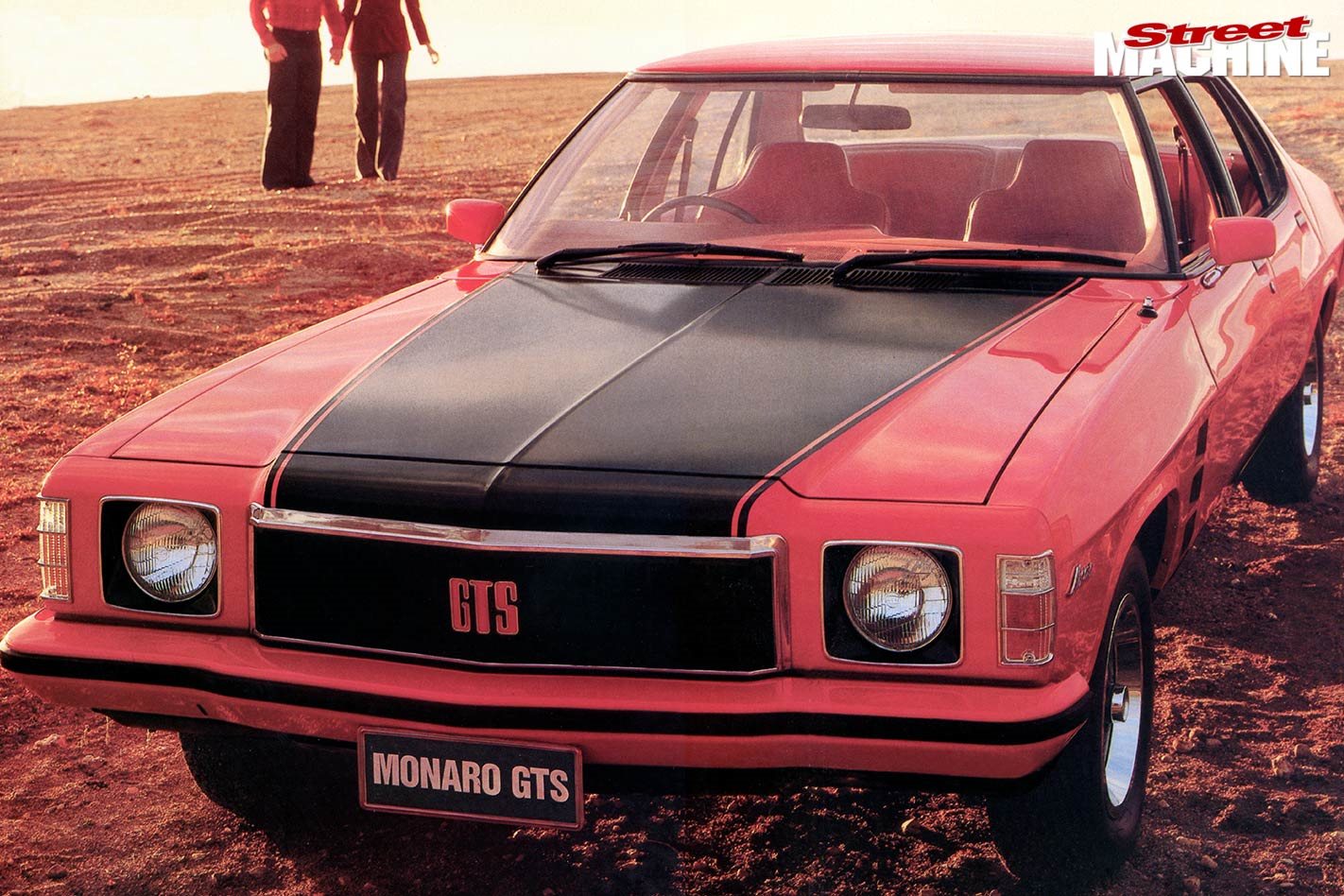 Holden discontinued all other coupe variants, leaving the GTS sedan as the keeper of the Monaro name, with the 4.2- litre V8 as standard and 5.0-litre optional. The styling department afforded another reshuffle of stripes and paint, including blackouts for the bonnet’s raised centre section and the bootlid’s trailing surface between the tail-lights. 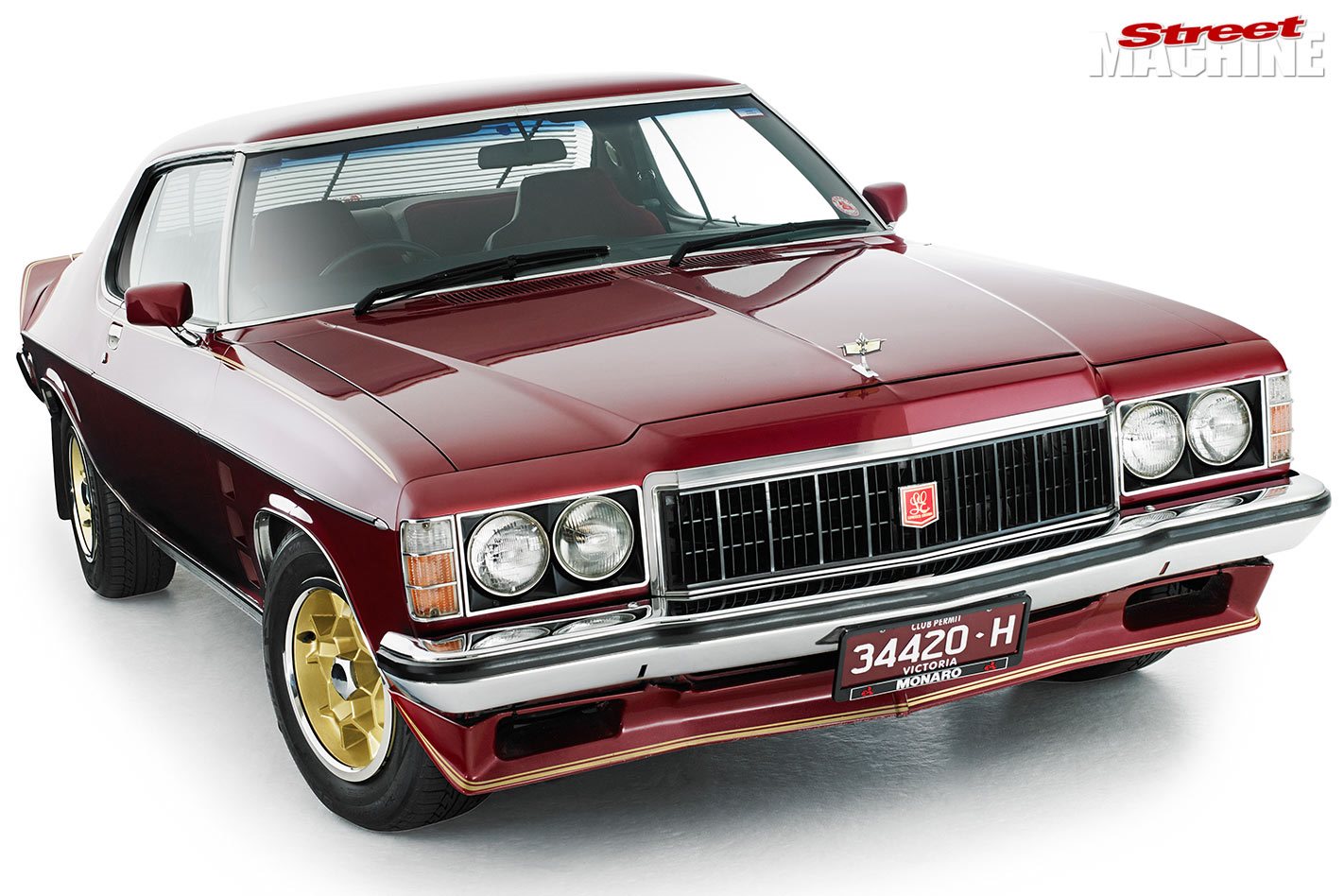 Chrome was out, with headlight surrounds, tail-light mouldings and door handles blacked out, bumpers colour coded, and stainless window surrounds deleted. The GTS decal shifted to the rear door and used negative space, the decal serving as the shadow rather than the lettering. 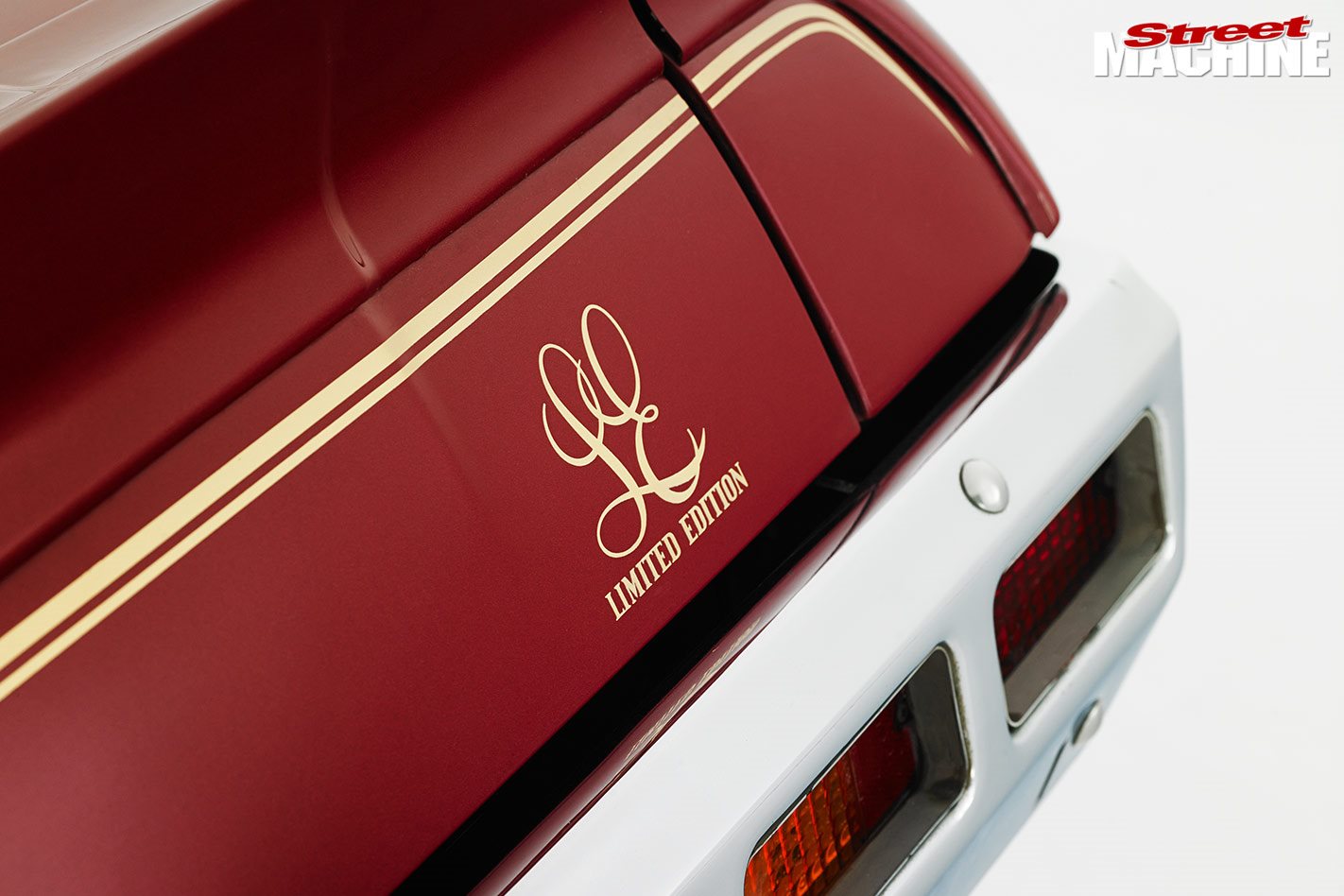 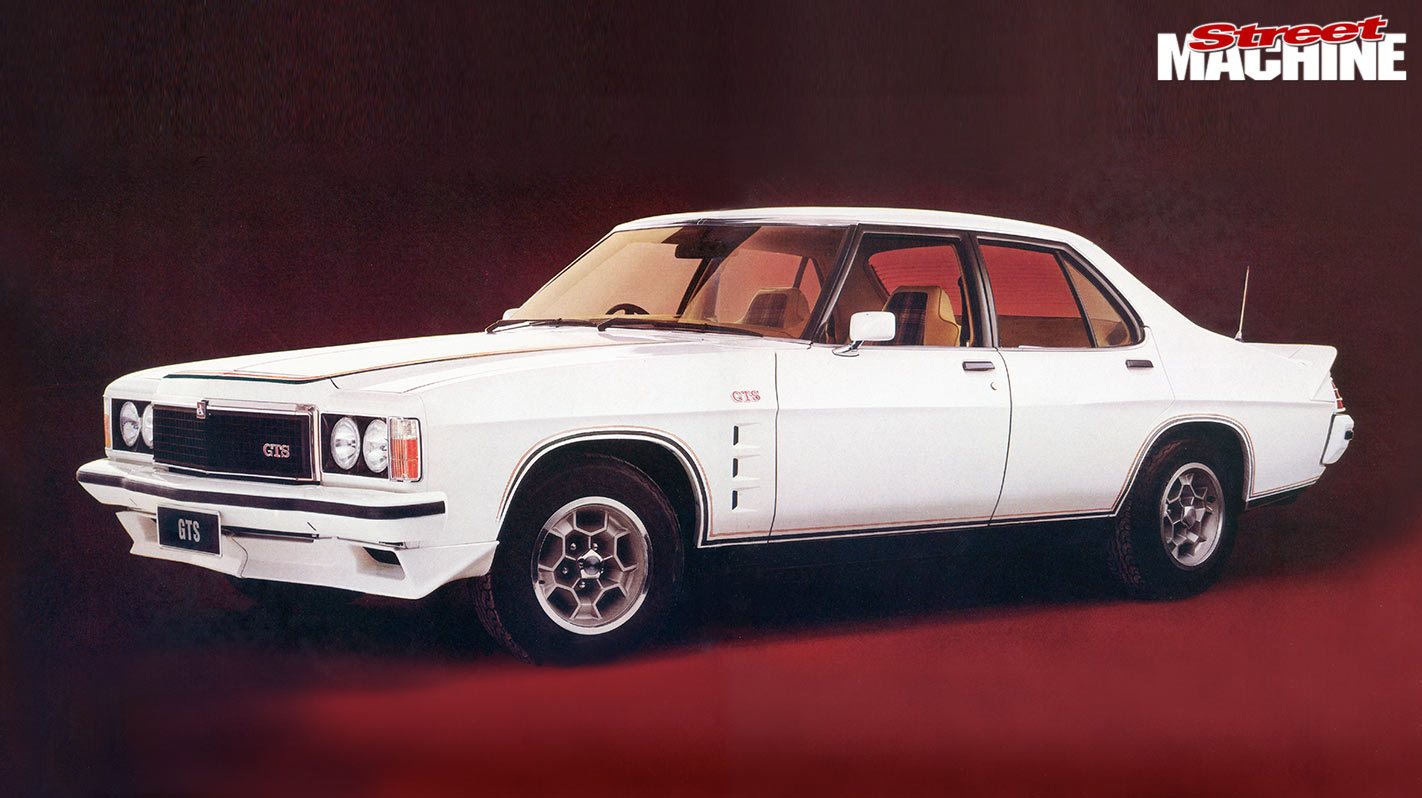 THE HZ brought Holden’s final iteration of the Monaro, albeit with no products actually bearing the revered name, with the four-door sedan trading solely on the GTS moniker. It remained available with both the 4.2- and 5.0-litre V8s until June 1978, when Holden dropped the smaller engine.

Budget was tight for revisions; money and time had been squandered on the stillborn WA project before it was canned and the business became preoccupied in de-Opel-ifying the VB Commodore, which was due for release in November 1978. The HZ did receive a couple of significant upgrades; including four-wheel disc brakes as standard, as well as radial tuned suspension. 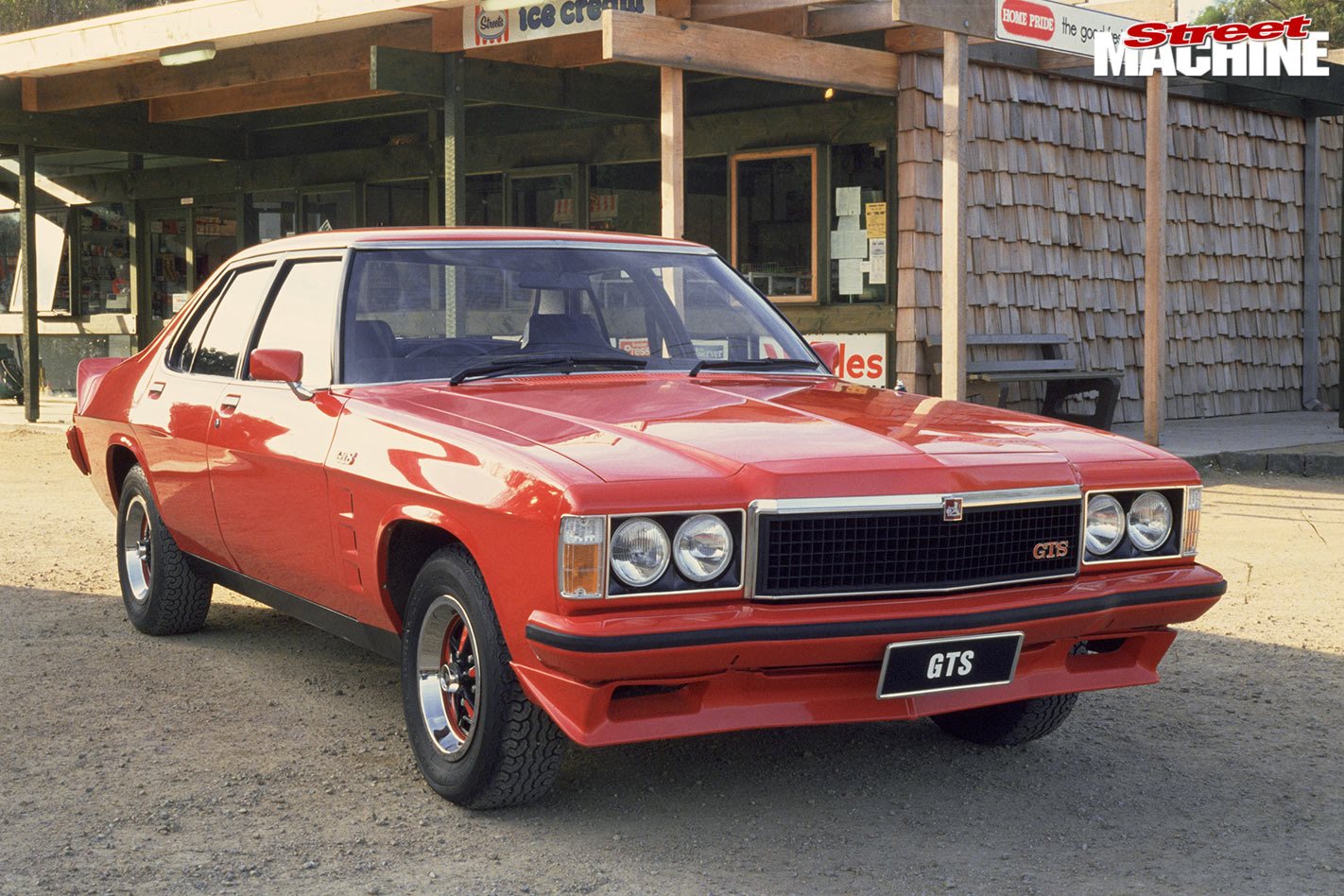 The final ‘Monaro’ may have conceded to its forebears on the straights, but through the twisties, it was handier than its size and vintage suggested

To reflect the big Holden’s newfound handling maturity, the stripe kit was toned down, with GTS labelling reverting to badges rather than sporty stickers and the big panel blackouts deleted. The front gained Premierspec quad headlights in blacked-out surrounds, while the colour coded bumpers carried over, as did the front and rear spoilers. 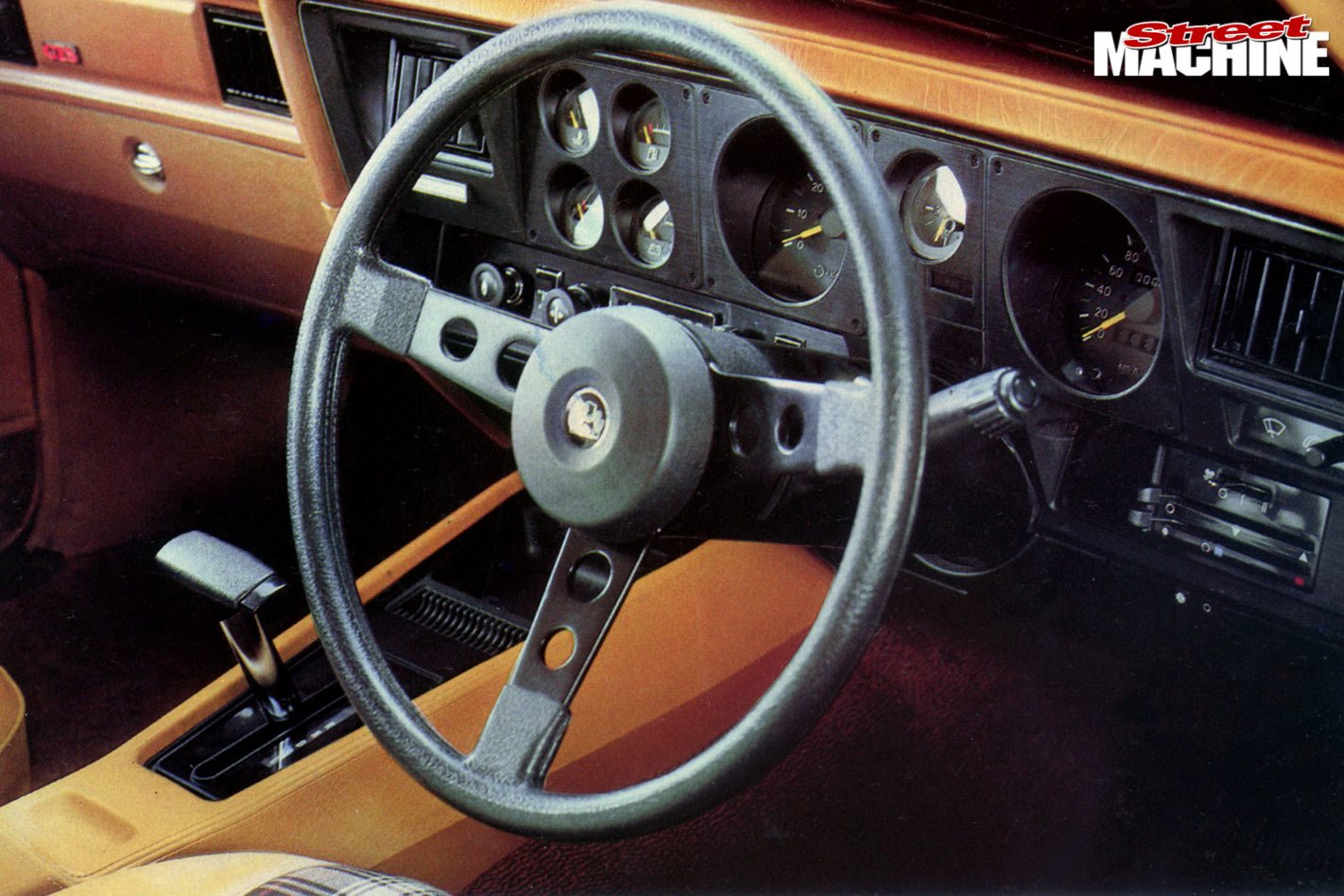 Some felt the final GTS sedan paled in comparison to those that wore the famed badge prior, but it was a different beast for a changing time. When the Holden GTS sedan bowed out in December 1978, it brought to a close 10 proud years of Monaro history. 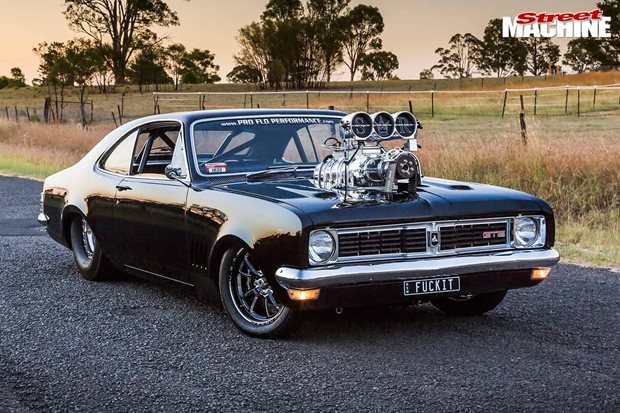 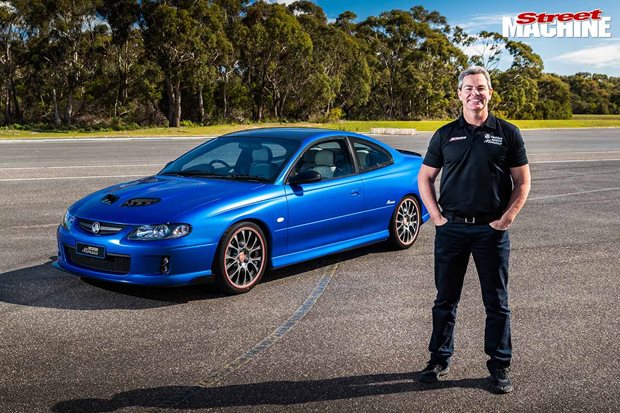