In part three of our 50 years of Holden Monaro feature, we look at the new-gen series V2 & VZ

THE birth of the next-generation Monaro is an oft-repeated tale that remains a recent memory for many enthusiasts. A small band of Holden designers, working in secret, conspired to create a coupe from the stylish VT Commodore. Peter Hughes doodled several coupes early in the sedan’s development, noting that the new Commodore’s shape leant itself naturally to the two-door treatment. 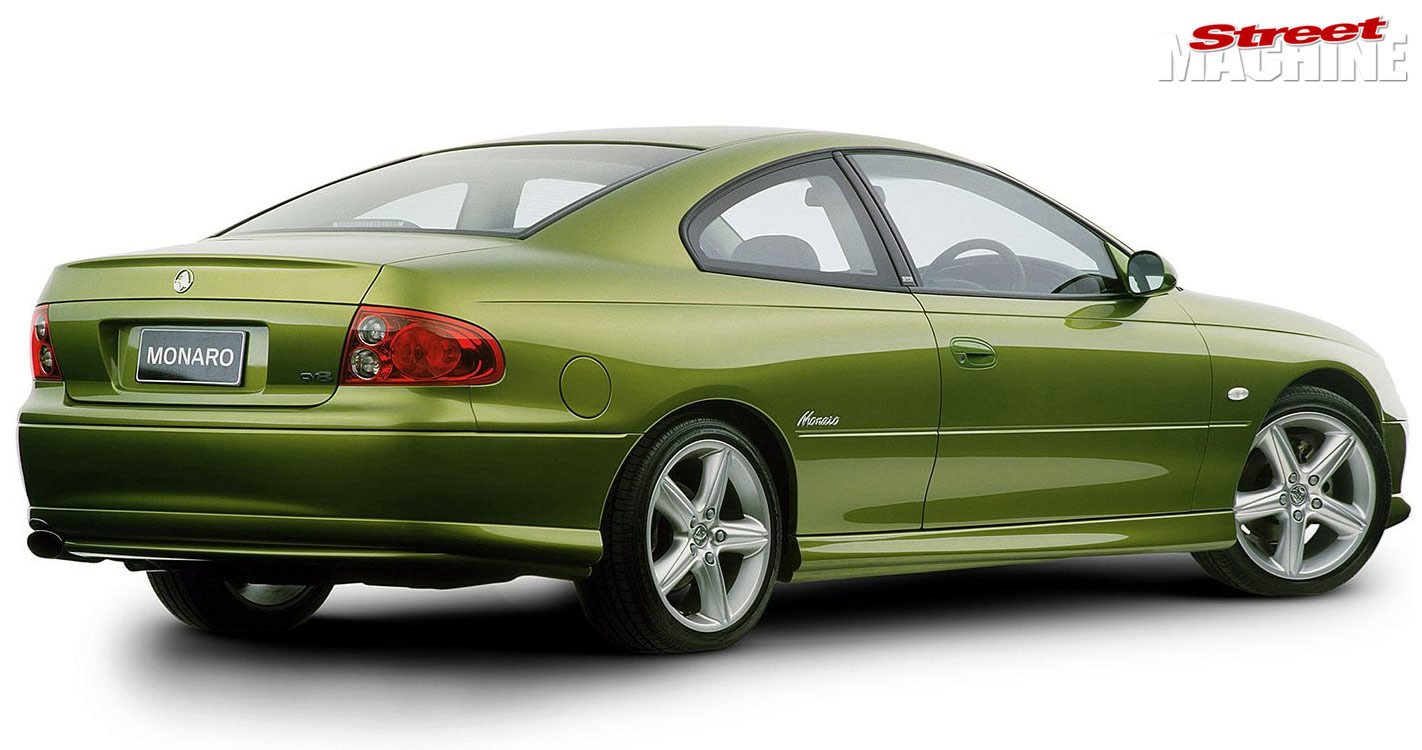 Design boss Mike Simcoe felt the same. He created a realistic ‘tape’ drawing on his loungeroom wall then commissioned clay modeller Arthur Radziszewski to produce a scale model to ensure the proportions were right.

The concept was convincing enough for Simcoe; he just needed support within Holden to make the car a reality. Barely anyone knew of the project internally, lest it be crushed by conservative management or number crunchers, but incoming Chairman Peter Hanenberger, former Holden suspension engineer and verifiable car guy, got straight behind it.

With Ford Australia staged to unveil the revolutionary AU Falcon at the 1998 Sydney Motor Show, the boys at Holden whipped the covers off their creation just 15 minutes prior, upstaging the Broadmeadows crew with the svelte, beautiful Commodore Coupe. The consensus amongst the press and public was resounding; it was a Monaro. 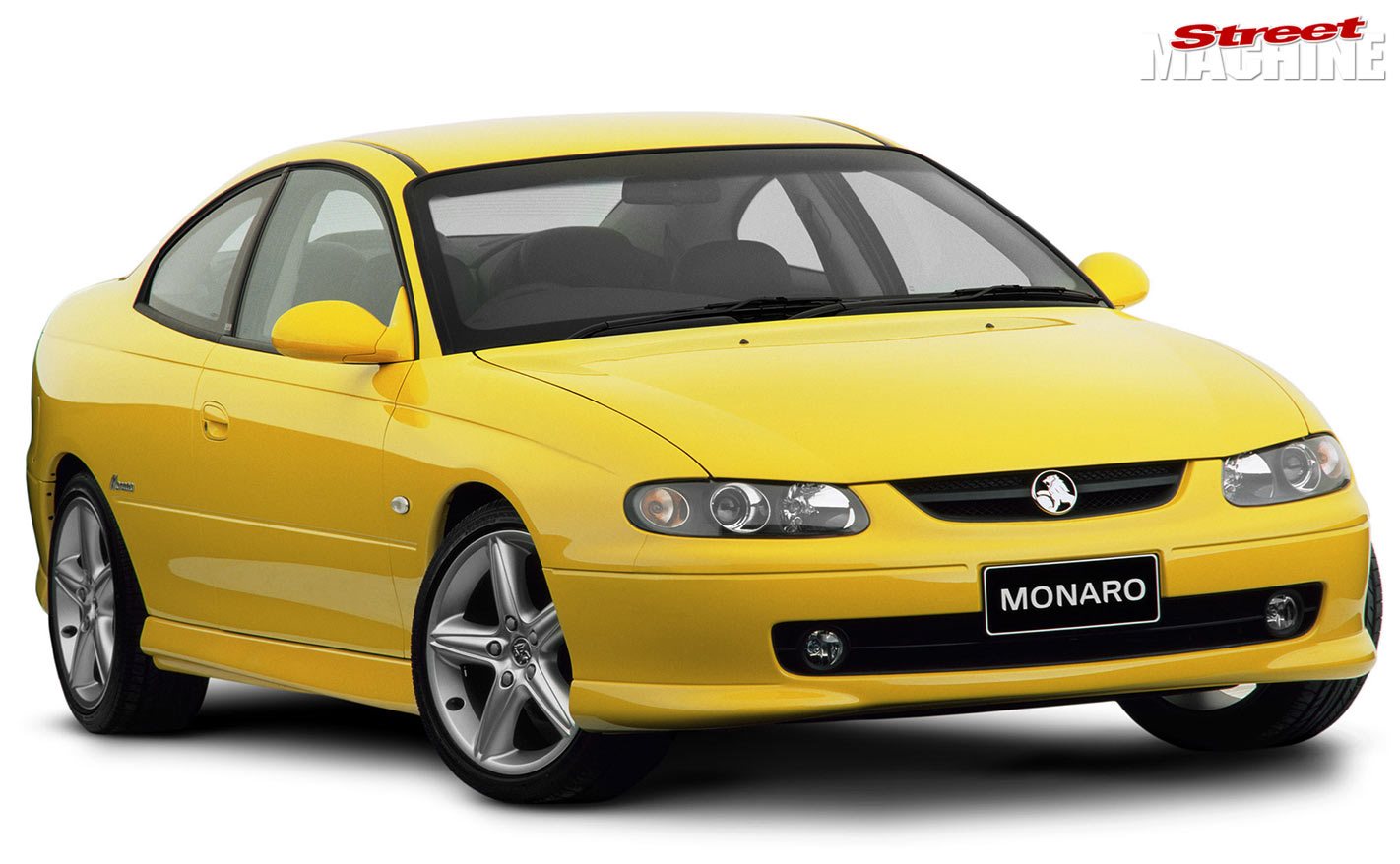 Simcoe tasked Richard Ferlazzo with bringing the Commodore Coupe concept to production stylistically, while a tight team of engineers headed by Tony Hyde worked on the practical side. Utilising advanced computer modelling to save on costly, hand-built prototypes, Hyde’s team completed the project using just $20million of the Monaro’s $60m budget.

Just two practical prototypes were built; one was crash tested and the other led a more glamorous life, being paraded around to dealers and executives. The prototypes were followed by 28 pilot cars, which came off the line in August 2001. Mainly used as press cars, Peter Brock received one for entry in the 2002 Targa Tasmania. The first saleable car went to Trevor Young, the owner of Biante Models. 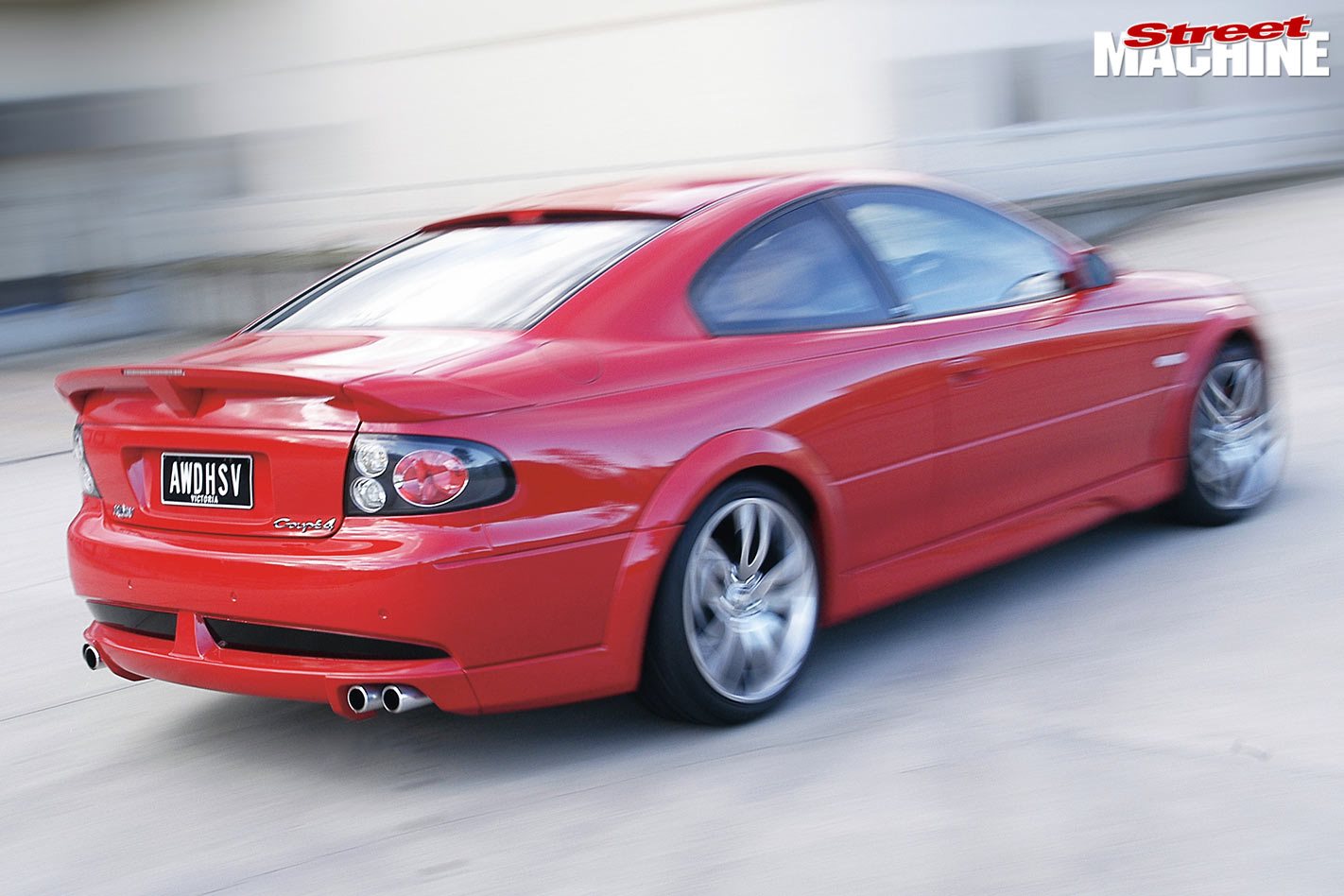 Since the Monaro did not share spec levels with the volume-selling Commodore, the new coupe received two new model names; the unpopular and short-lived CV6 for the supercharged V6, and CV8 for the SS-aligned, LS-powered V8.

Twelve months after release, the V2 Series II hit the market, bringing with it a bunch of VY-related upgrades, including a new, symmetrical dashboard design. The Series III landed in August 2003, bringing new colours and revised power outputs. 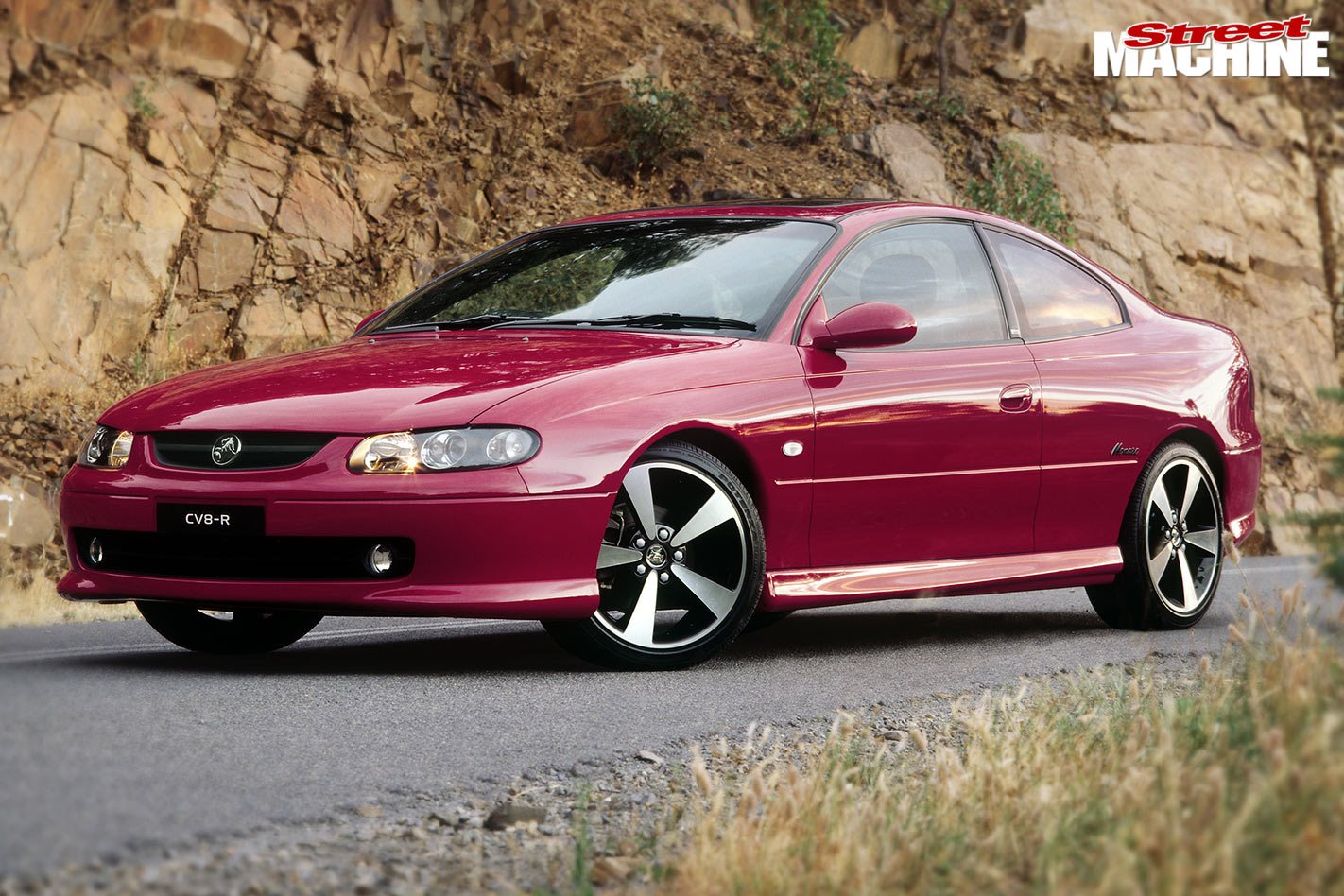 Obviously, Holden could not release such an important design without involving HSV, so obligatory models followed at the 2002 Melbourne Motor Show. Unable to use the Monaro name due to trademark conflicts, the two specs were labelled GTO Coupe and GTS Coupe, with the latter using a Callaway-tuned C4B LS1 good for over 400 horsepower.

Looking to expand their market and utilise Holden’s AWD running gear, HSV announced the all-paw HSV Coupe 4 at the 2003 Sydney Motor Show. Production versions were built from Pontiac GTO-spec bodyshells, allowing for the tough twin exhaust, and were run off onto a separate production line at the Elizabeth plant to enable the copious body mods to be carried out. 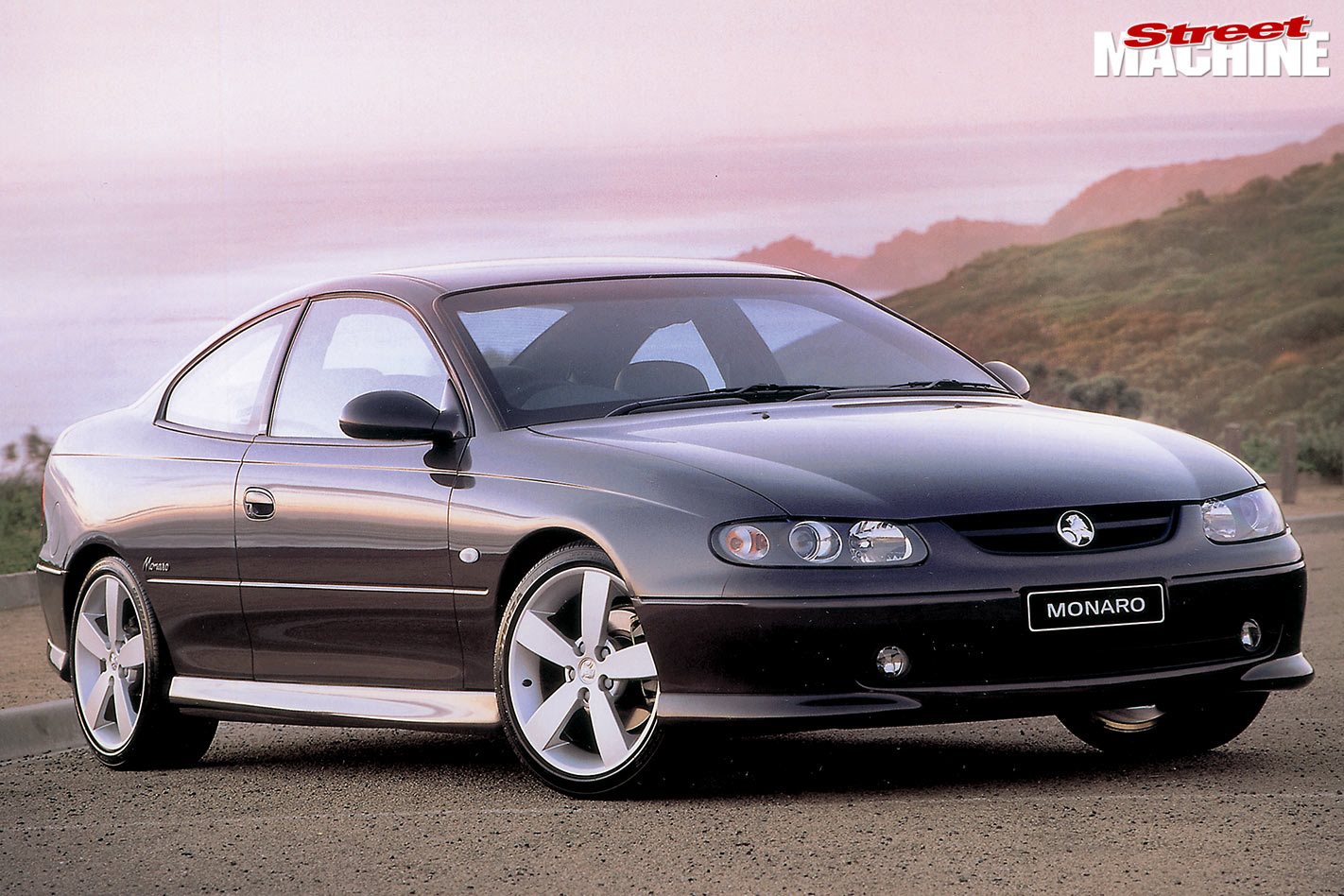 Before the V2 Series III Monaro bowed out, Holden ran a final edition CV8-R model, as they had done at the end of the Series II. A factory sunroof, unique wheels and a one-off Pulse Red paintjob ensured it would not get confused with a regular Monaro. 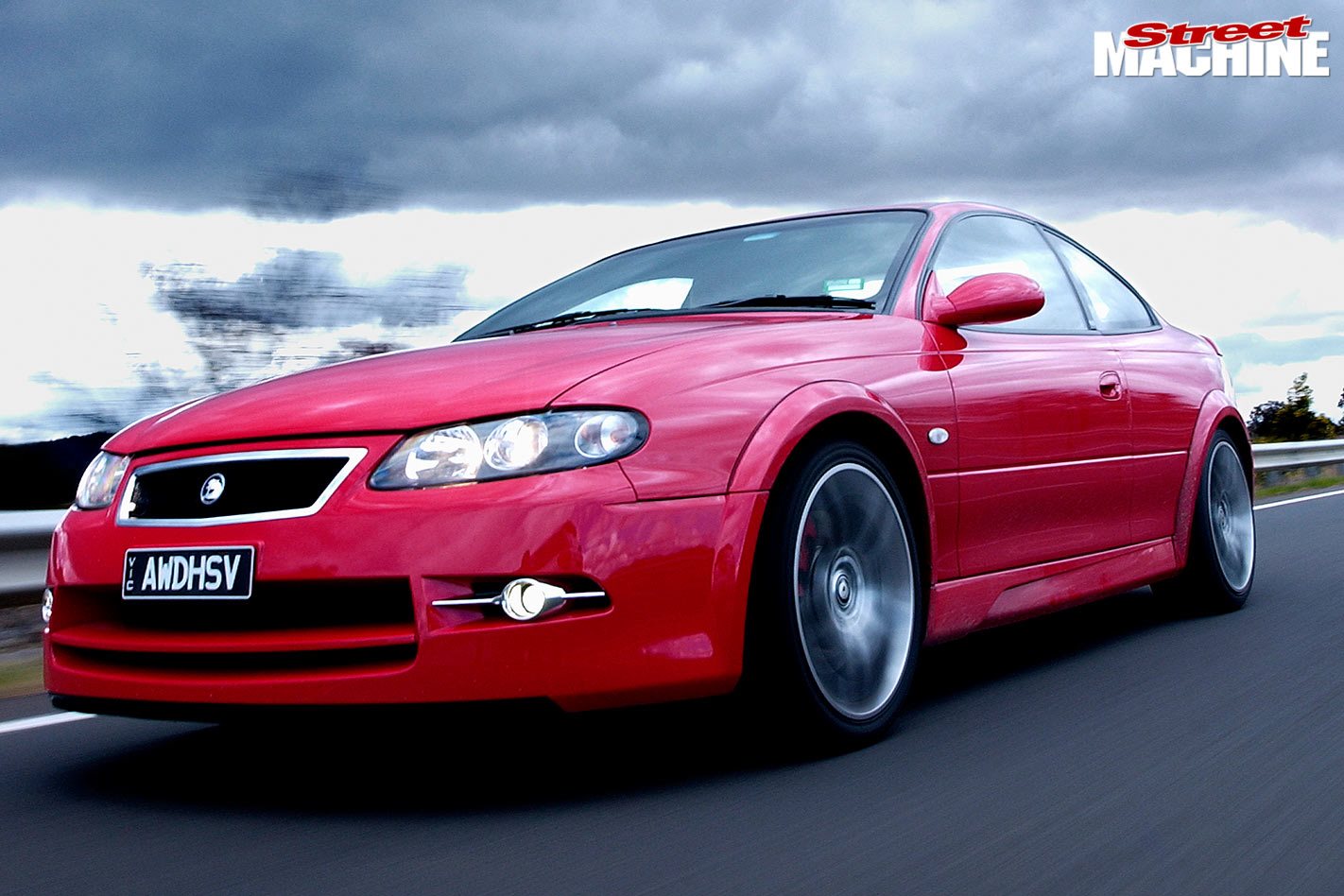 THE final Monaro variant owed much to the US model it created, as many changes that had been made for the Pontiac GTO were directed back into the VZ Monaro range. A deeper front bumper and grille set-up better reflected the VZ sedan range, while the headlights and bonnet were pure GTO.

Engineers aligned the Monaro’s fuel tank position with the Pontiac version. Although this was done for legislative purposes in the USA, the trickle-down benefit was that the Monaro could wear the GTO’s beefy new twinexhaust system. 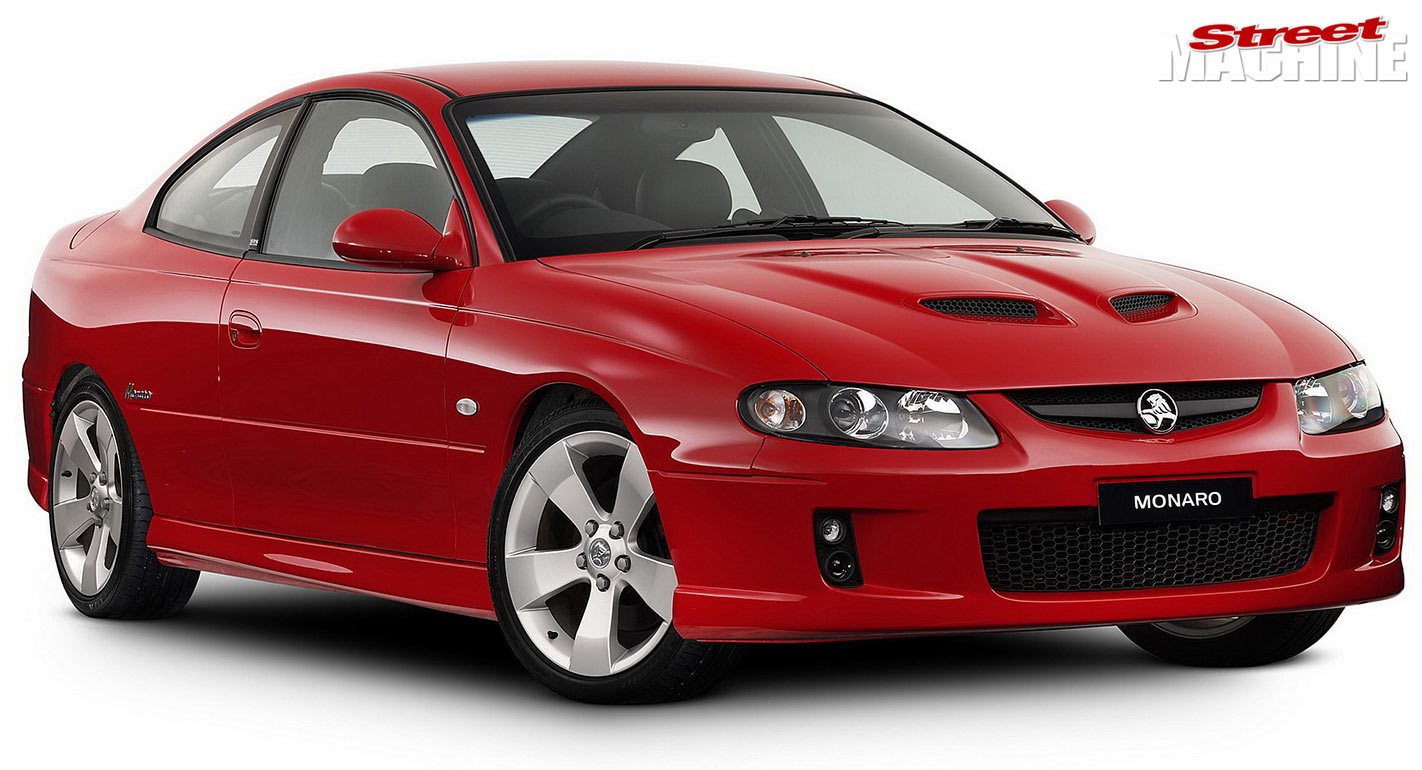 The 2005 VZ CV8-Z became the Monaro’s theoretical swan song, packed with upgrades like sunroof and lairy stripes. Mike Simcoe’s autograph adorned the final example, which subsequently sold for charity for over $187,000. 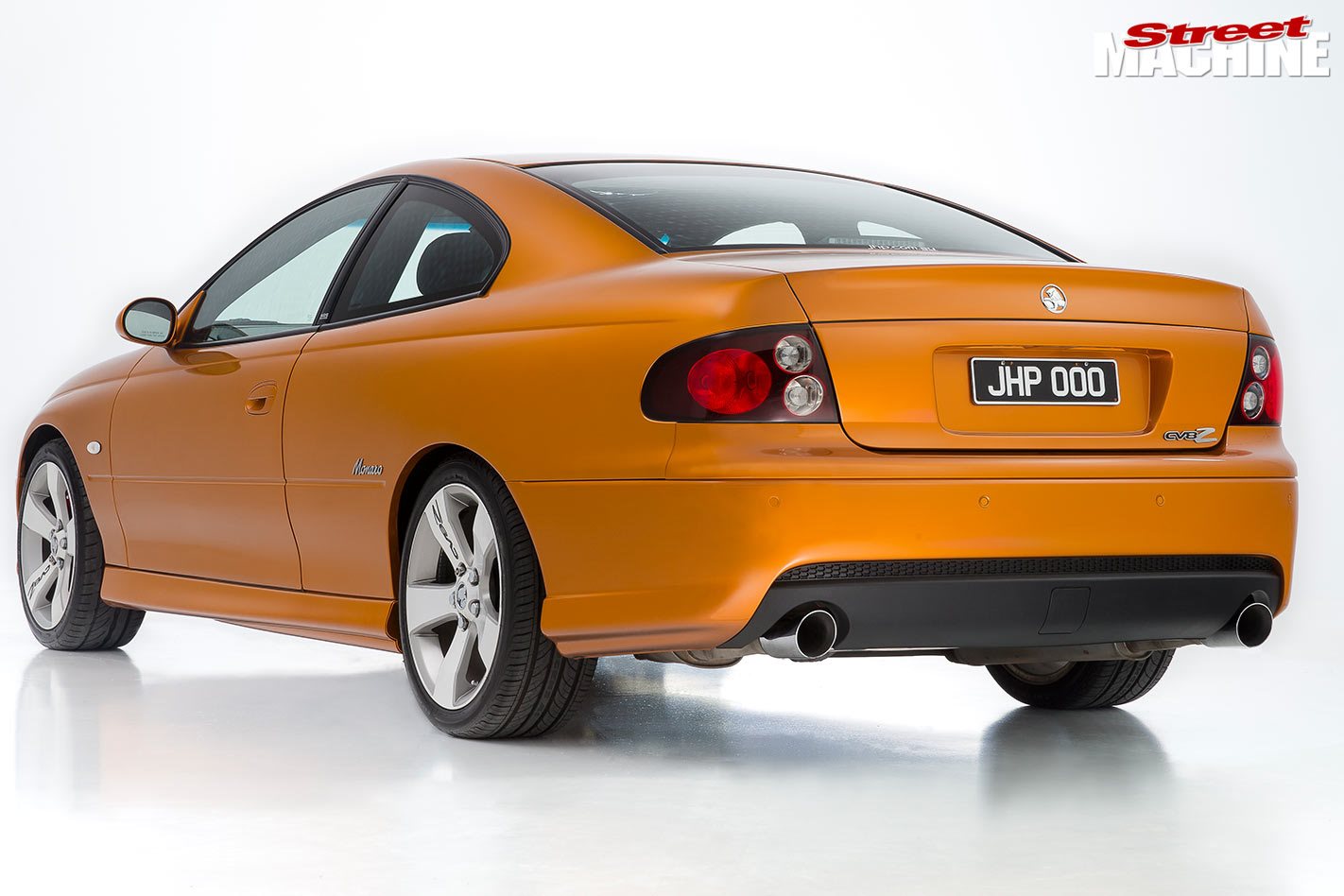 However, the Monaro lived on, if not in name, and only briefly. Pontiac and HSV versions continued production until June 2006, with the GTO LE edition reflecting the name of the original coupe’s final iteration. This time, horsepower would not suffer at the hands of emissions control; all RWD VZ HSV coupes received the 297kw, 6.0-litre LS2 V8.