ANYONE who has ever been to Powercruise in Sydney would almost certainly know of Trent Smith and his absolutely killer hatchback Torana. His speciality is the powerskids, Powercruise’s signature dish, which he has won 10 times in the past 15 years. 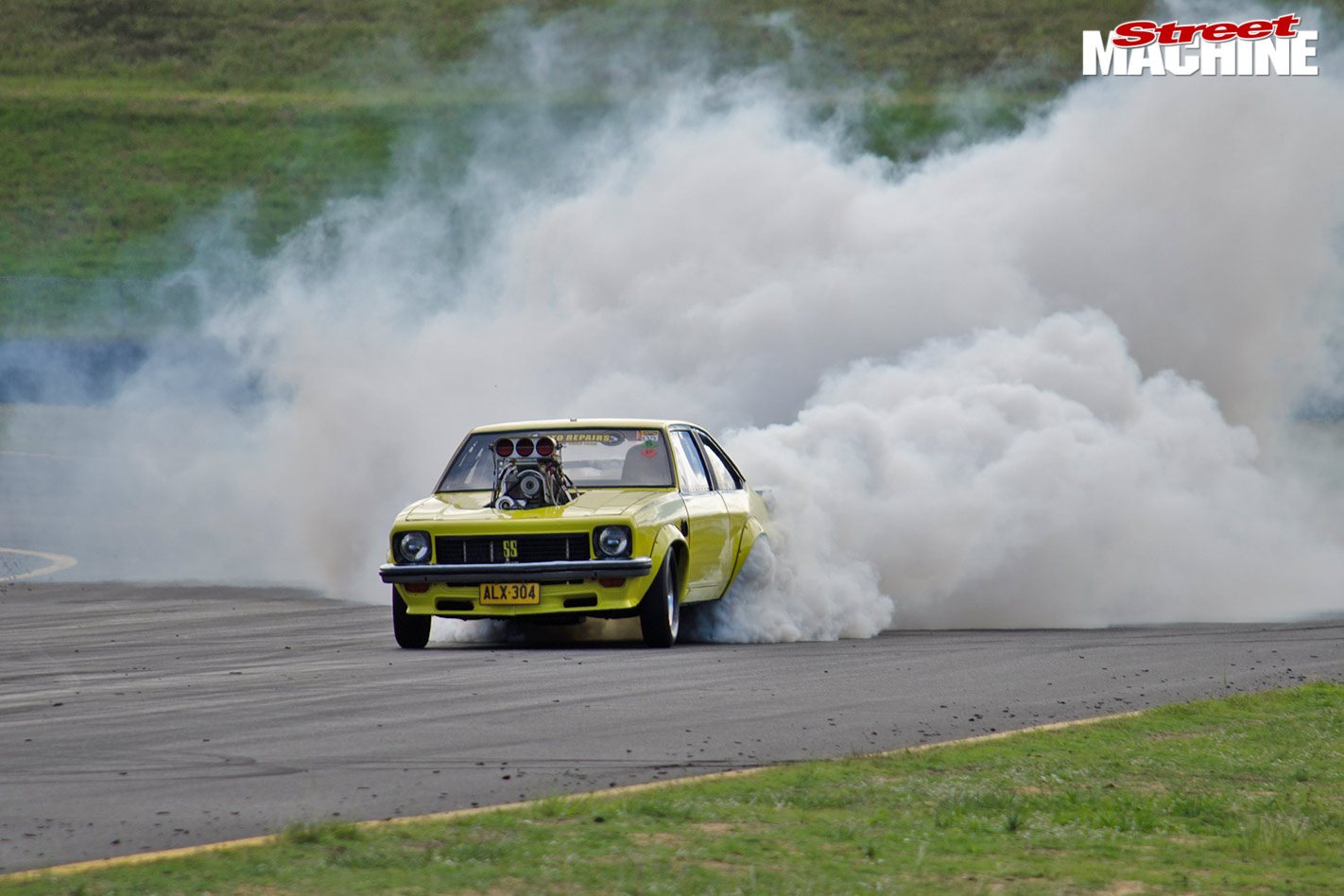 Powerskids are held on the main straight at Sydney Motorsport Park. From a standing start, the objective is to smoke the tyres as far as you can without using the brakes to slow the vehicle. If your speciality is helis in the Macca’s car park on a wet night in a stock V6 Dunnydoor, more than likely this is not an event for you. At a minimum, you need a tough car, big pills and the ability to drive/drift at high speed.

While it has never been exactly measured, Trent’s best powerskid was around 600m! 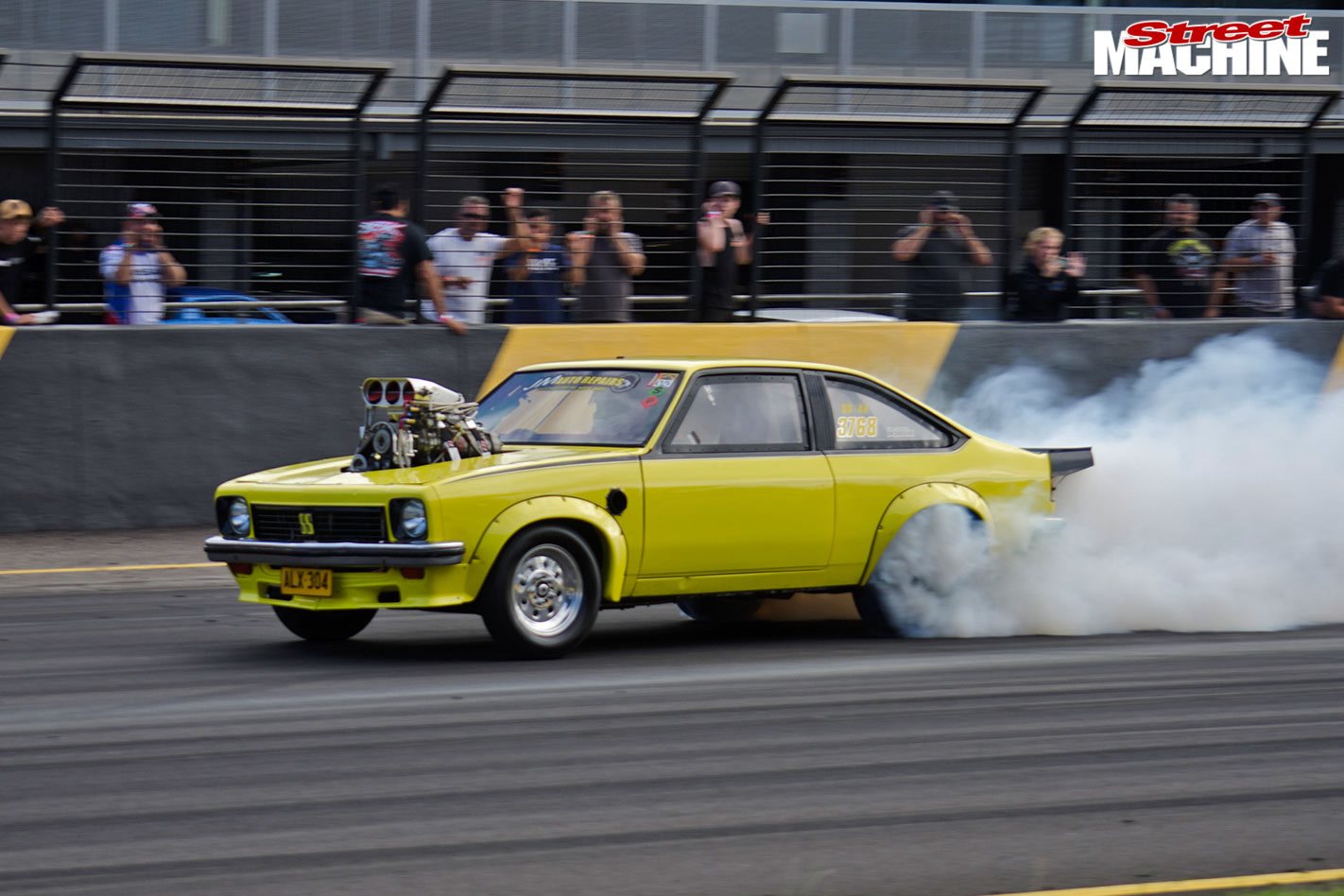 Even 10 years ago, with a field full of blown and injected big-cube and mega-horsepower cars, Trent could beat the best of them with his 308-powered Torana. That little motor often saw 8600rpm on factory A9L rods with nothing more than a 150-shot from an OZNOS nitrous kit.

These days, Trent can more than hold his own in his hatchback. The old 308 is long gone, replaced by a supercharged 386ci small-block Chevy that is simply brutal. 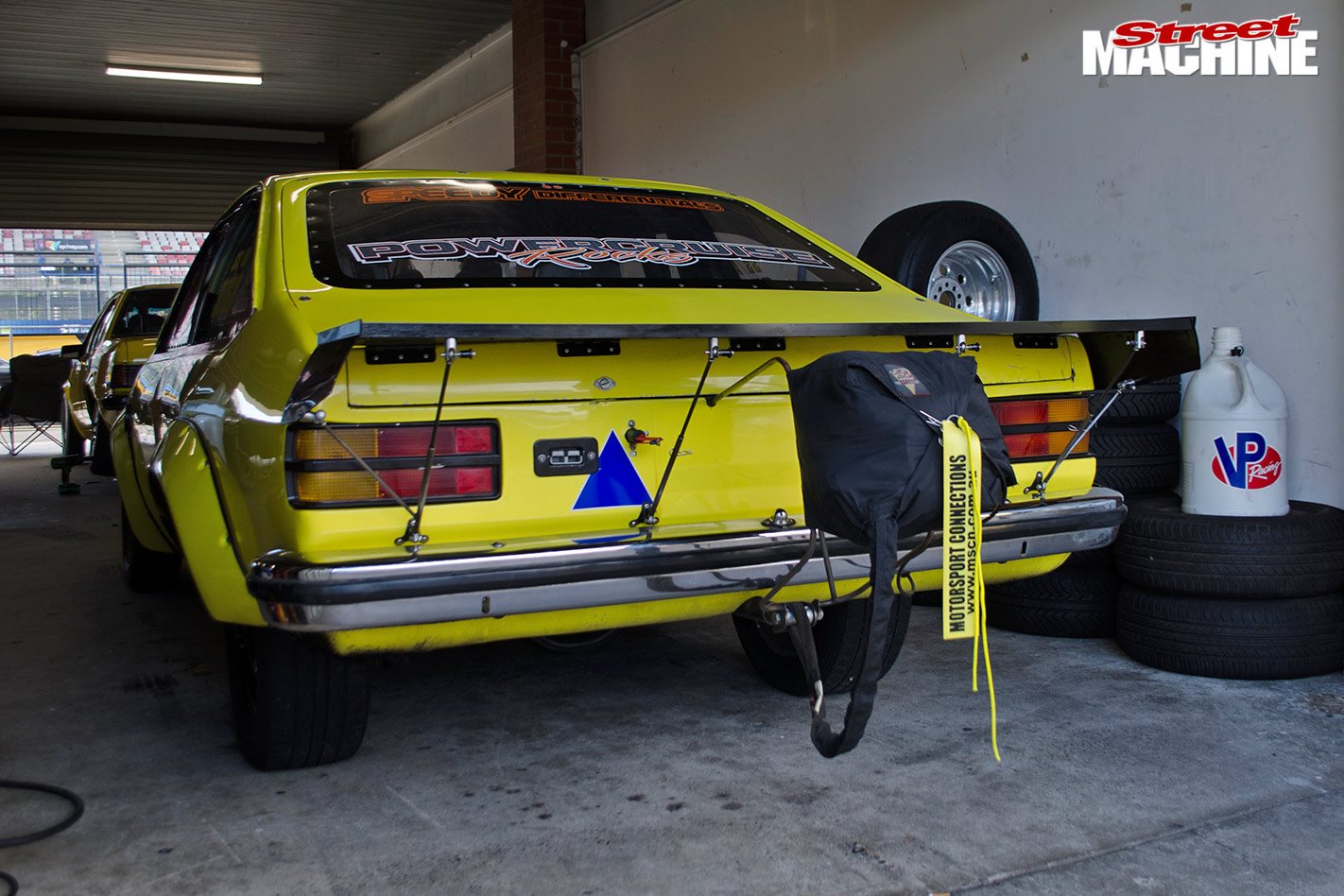 “Around five years ago I bought a blown SBC that that ended up being junk,” Trent recalls. “I went and saw Aaron from Advanced Performance Machining and we basically used everything from the manifold up. I really didn’t give him much of a brief on the motor; I just told him I wanted 1000hp and left it to him. I just kept dropping money off until it was done and Aaron did the whole job from the build to the tune – and still does.” 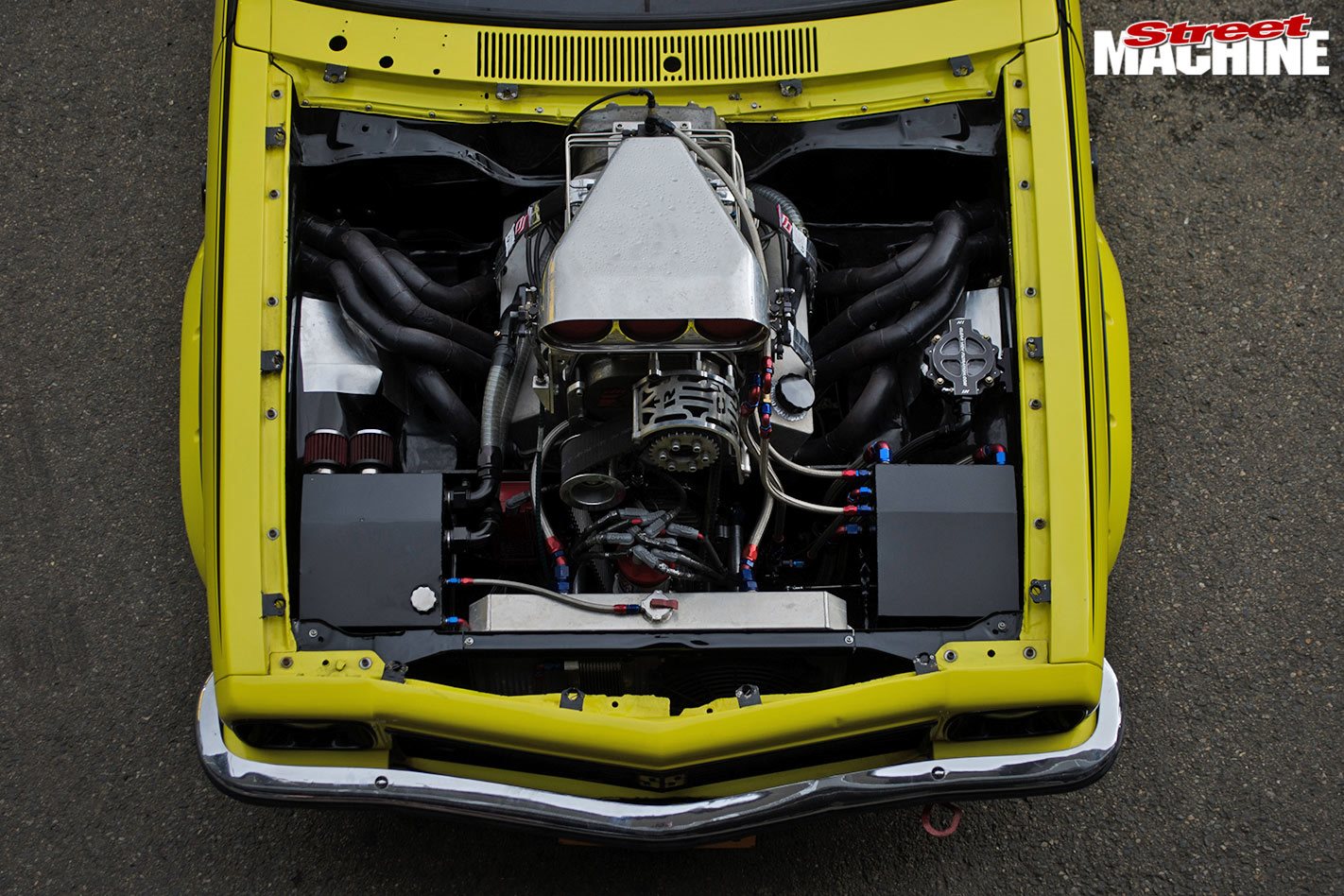 When the engine first went on the dyno it made 1080hp. What a difference compared to the old 308! But last year Trent broke a rod, so he’s since made quite a few changes to the original motor combination. It’s a Little M block with a Callies crank, Oliver rods and JE slugs. Heads are Brodix Track II items, while the supercharger has been upgraded to a 14/71 with hat and port nozzles, with a Bird injector and a 110 pump.

The new blower means more boost, and the little 386 recently punched out 1436hp on the engine dyno with 980lb-ft of torque. 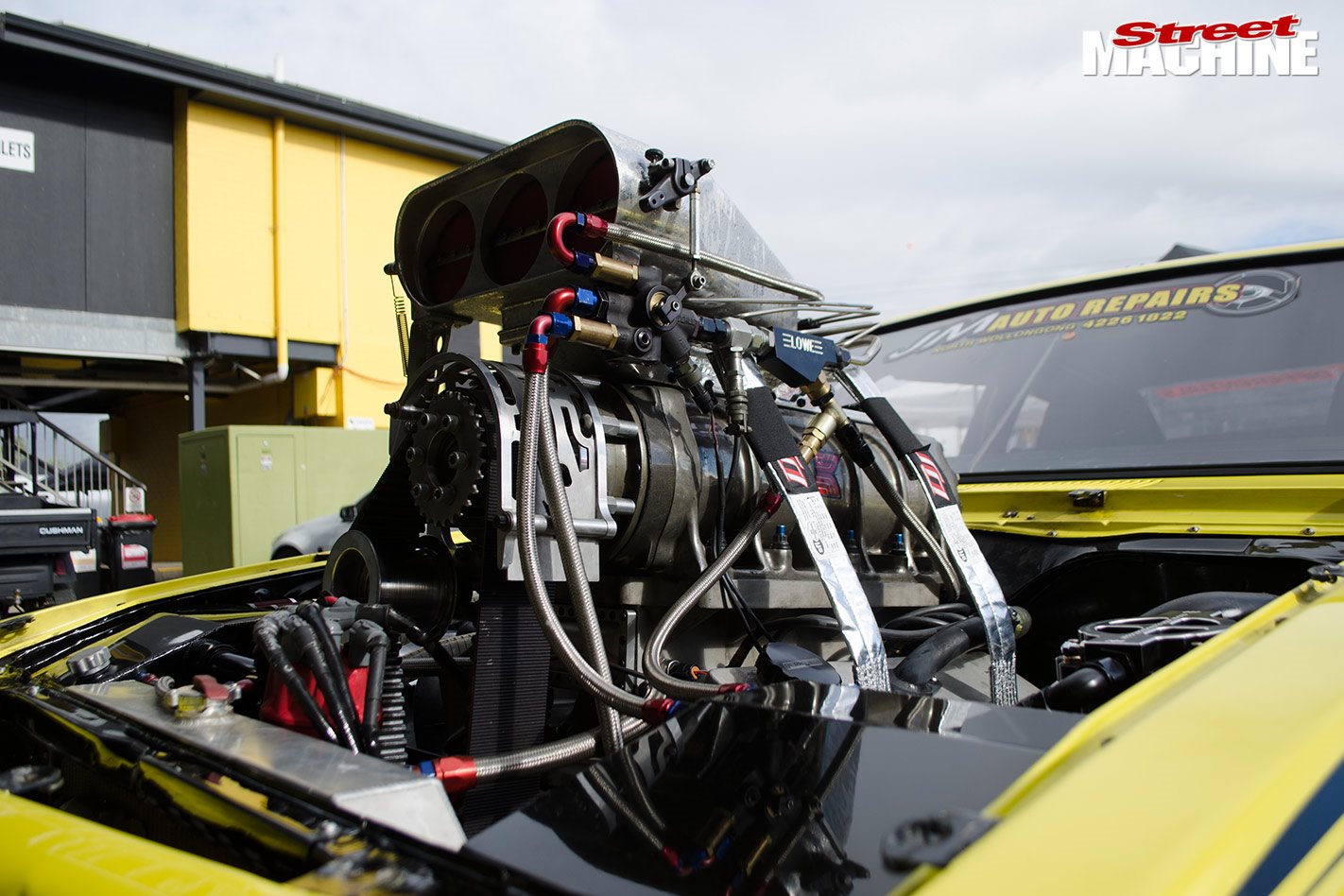 “Despite the engine upgrade, I don’t have a big budget for my motorsport,” Trent says. “At some stage I will race the car, but for now I just want to do Powercruise-style events, and have done every one in Sydney since they started. 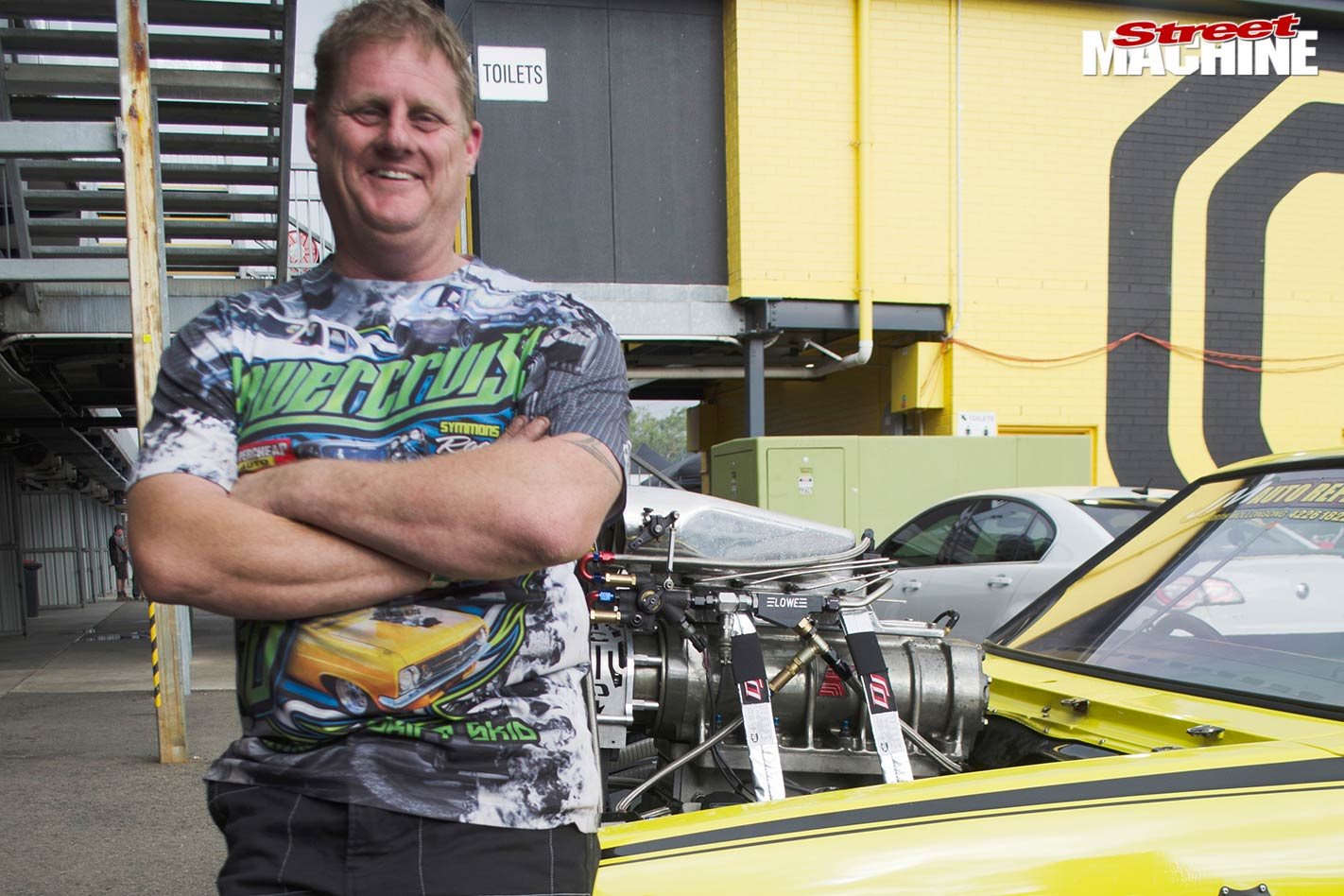 Any advice for prospective powerskidders?

“Get out there and have some fun, and make sure you hold on!”